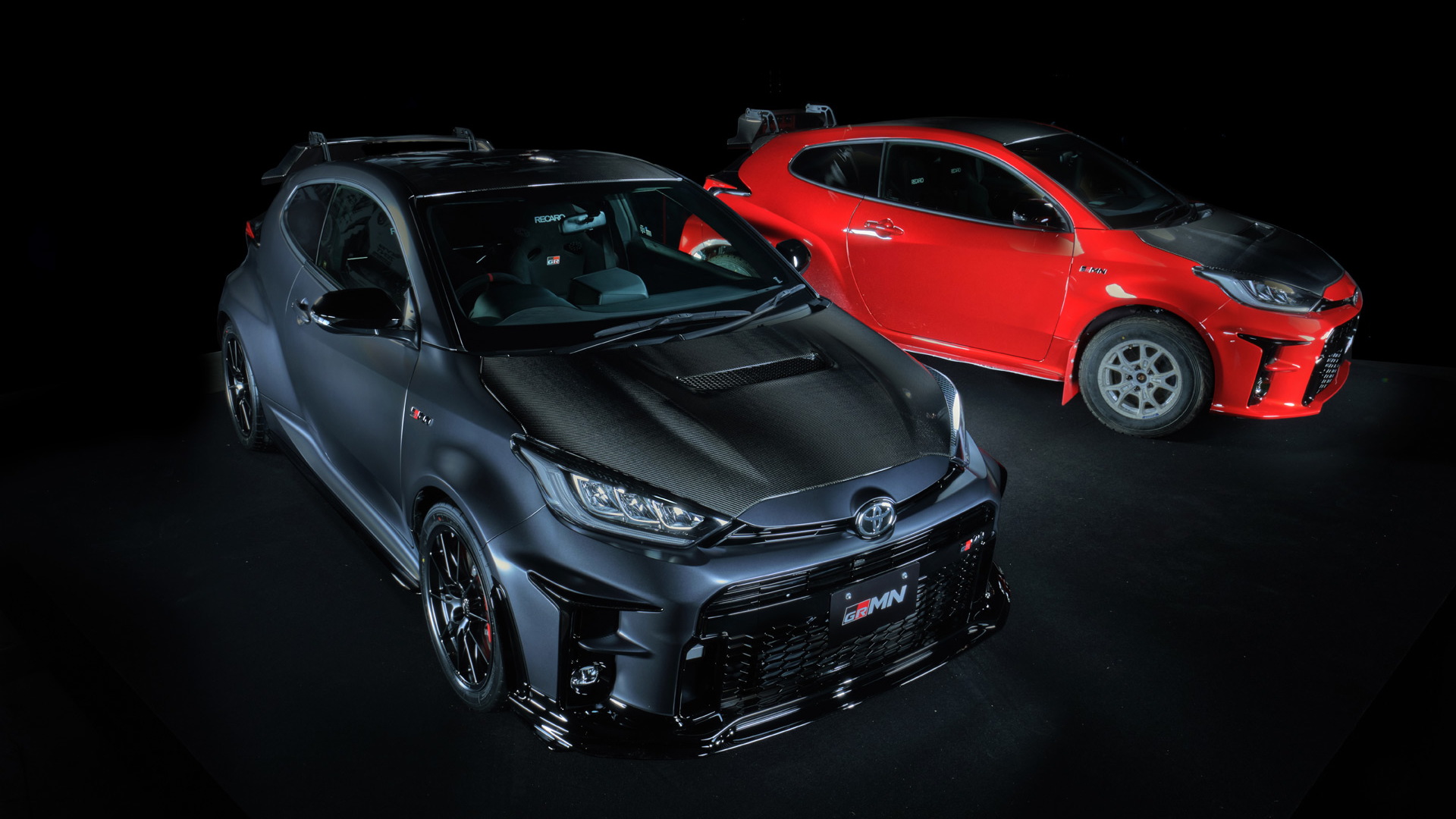 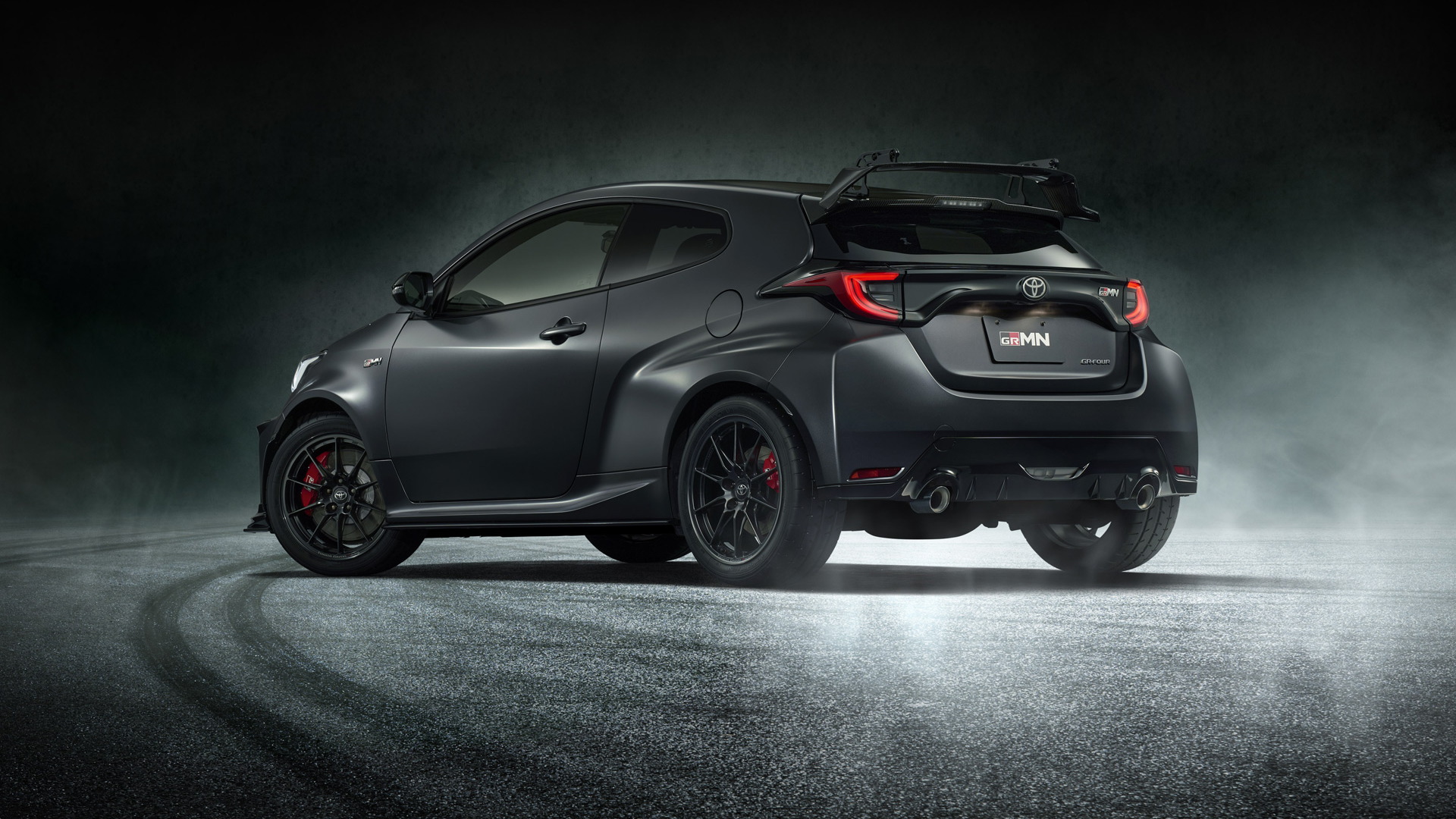 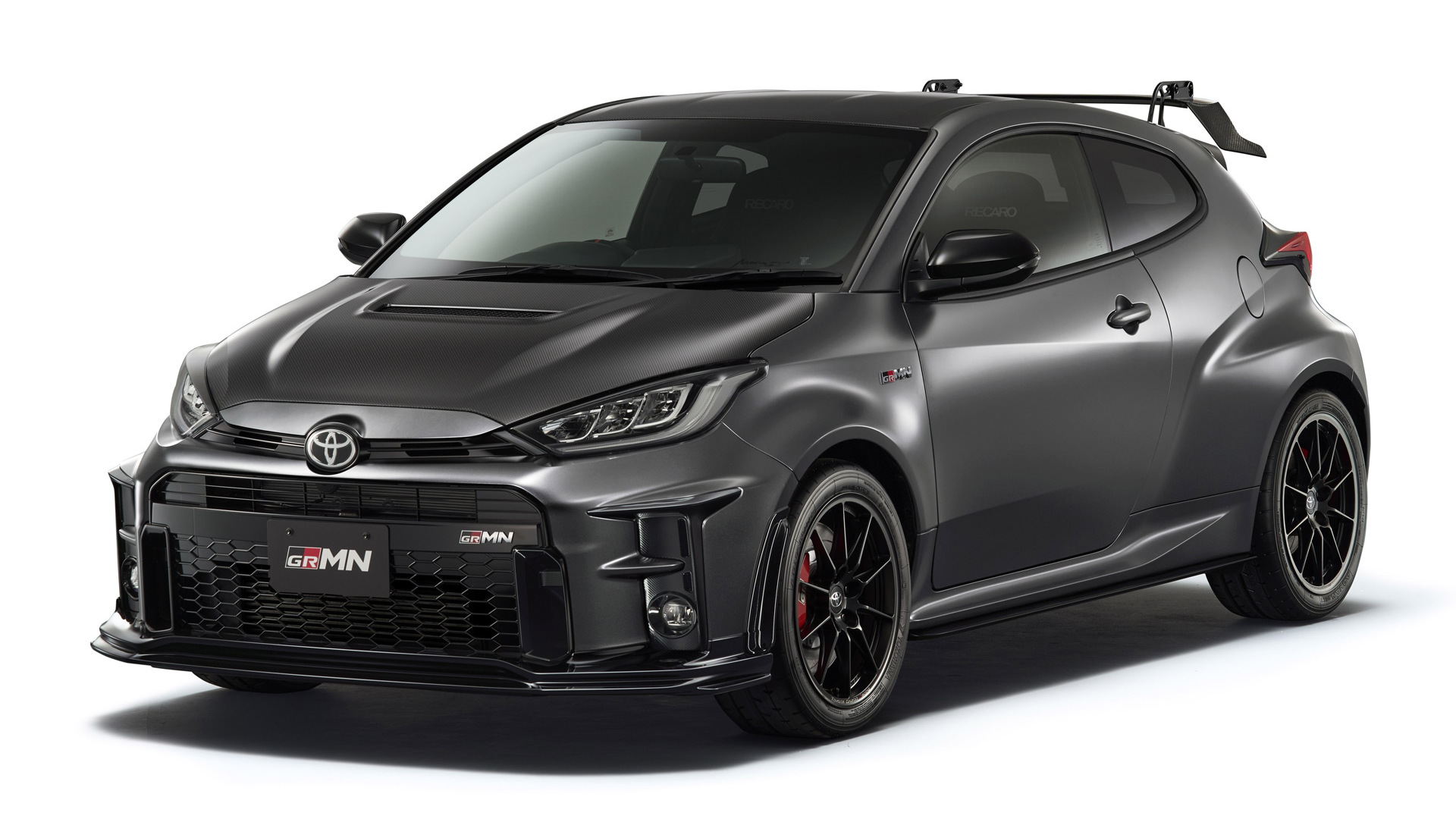 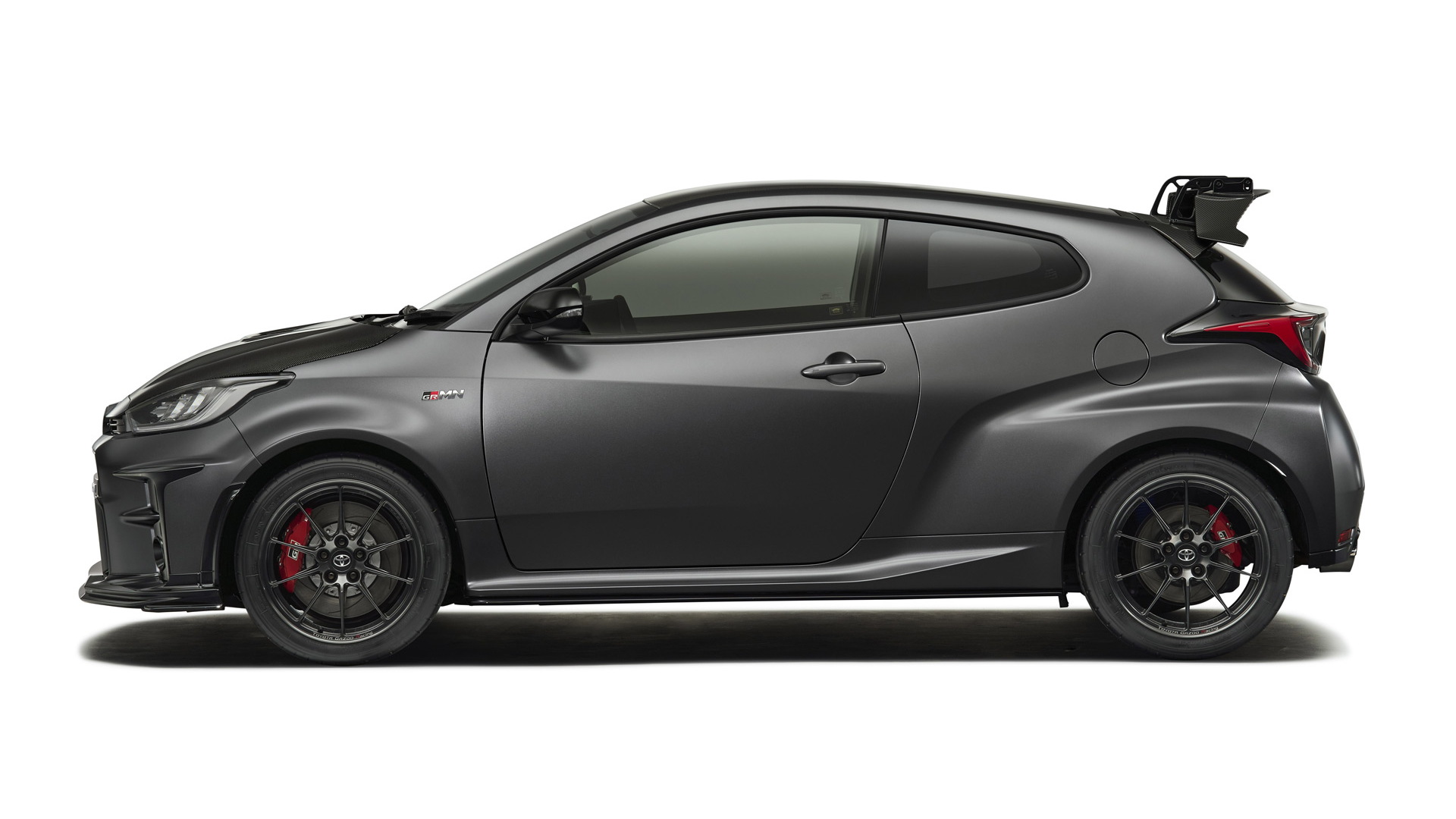 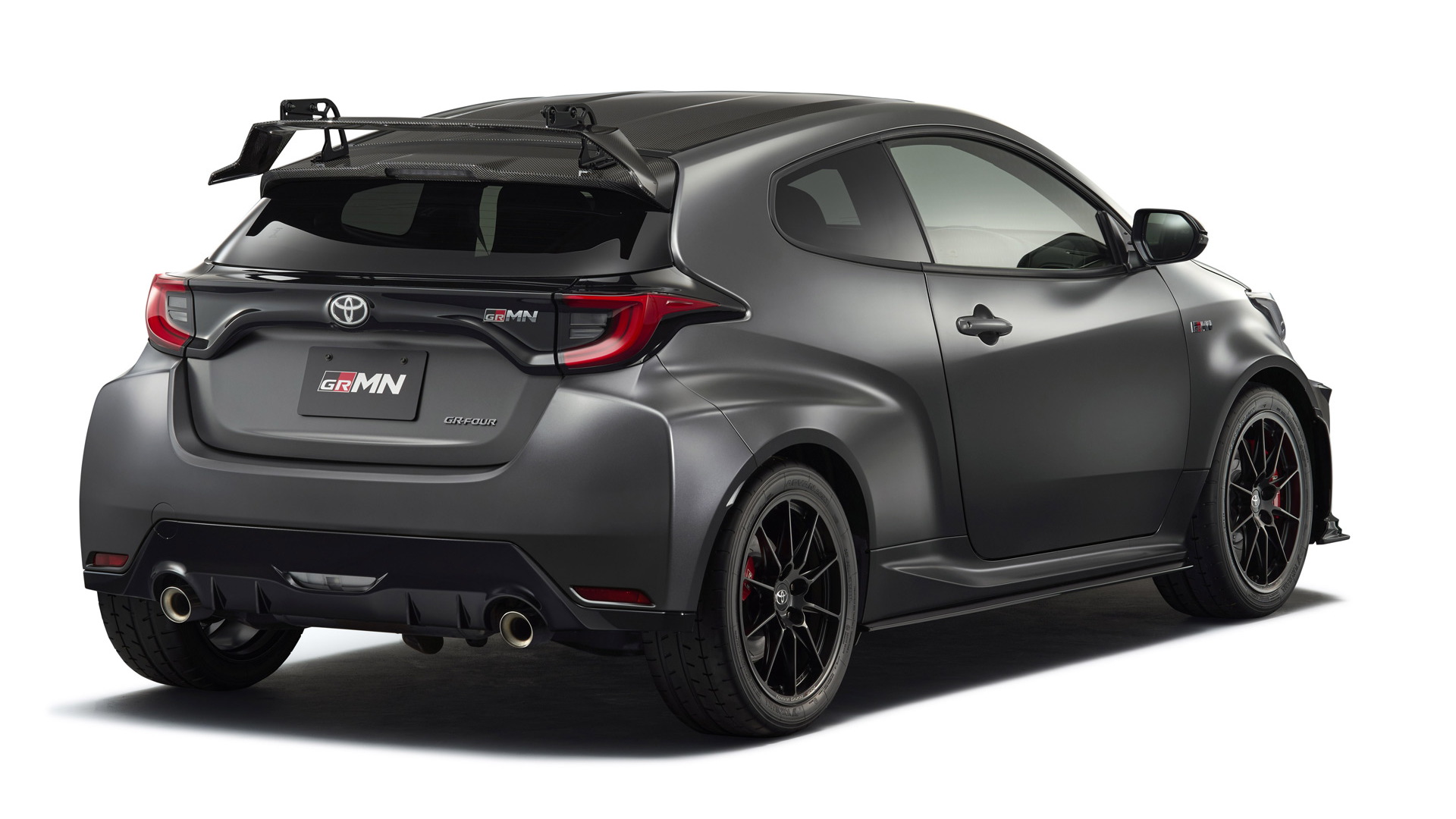 If you were wondering if size matters, Toyota's GRMN Yaris is here to show you that the answer is a resounding no.

The latest generation of the high-performance subcompact hatch was unveiled on Friday at the 2022 Tokyo Auto Salon, and sadly it's exclusive to the Japanese market. Deliveries start in the spring and just 500 will be built.

The GRMN Yaris builds on the performance of the GR Yaris unveiled at the 2020 Tokyo Auto Salon, via improvements to the body and drivetrain. Buyers can also further refine their vehicles with new Circuit and Rally packages.

The key upgrade is a more rigid body, made possible via 546 new spot welds and almost 40 feet of extra structural adhesive. Despite the extra reinforcements, and the addition of a rear cross brace, weight has actually been reduced by 44 pounds, thanks mostly to the removal of the rear seats. Some body panels have also been replaced with lighter carbon-fiber-reinforced-plastic pieces.

The track is about 10 millimeters wider and the ride height 10 mm lower. The all-wheel-drive system remains, but is now augmented by a mechanical limited-slip differential. The standard 6-speed manual has also been given closer ratios, and a low final gear set.

The powertrain is a match for the GR Yaris, meaning a 1.6-liter turbocharged inline-3 pumping out 268 hp and 288 lb-ft of torque.

As mentioned above, buyers can add new Circuit and Rally packs. The former adds 18-inch BBS wheels, adjustable Bilstein shocks, and an aero kit complete with a carbon-fiber rear spoiler. The latter adds Toyota's own GR-branded shocks, as well as underbody protection and a roll bar.

Buyers lucky enough to secure a GRMN Yaris will be able to take part in a Personalization Program where an individual's driving data is analyzed at scheduled events, such as track meets, and can be used to tailor specific vehicle systems, like the suspension, steering and engine performance. Toyota also plans to offer an Update Program where technology developed in motorsport, like in the World Rally Championship where Toyota competes with the Yaris, will be made available for the road car.

Although the U.S. misses out on both the GR Yaris and this new GRMN Yaris, Toyota will launch a hot hatch here very soon. A GR Corolla was teased in December and is expected to reach local showrooms shortly.

For more from the Tokyo Auto Salon, head to our dedicated hub.