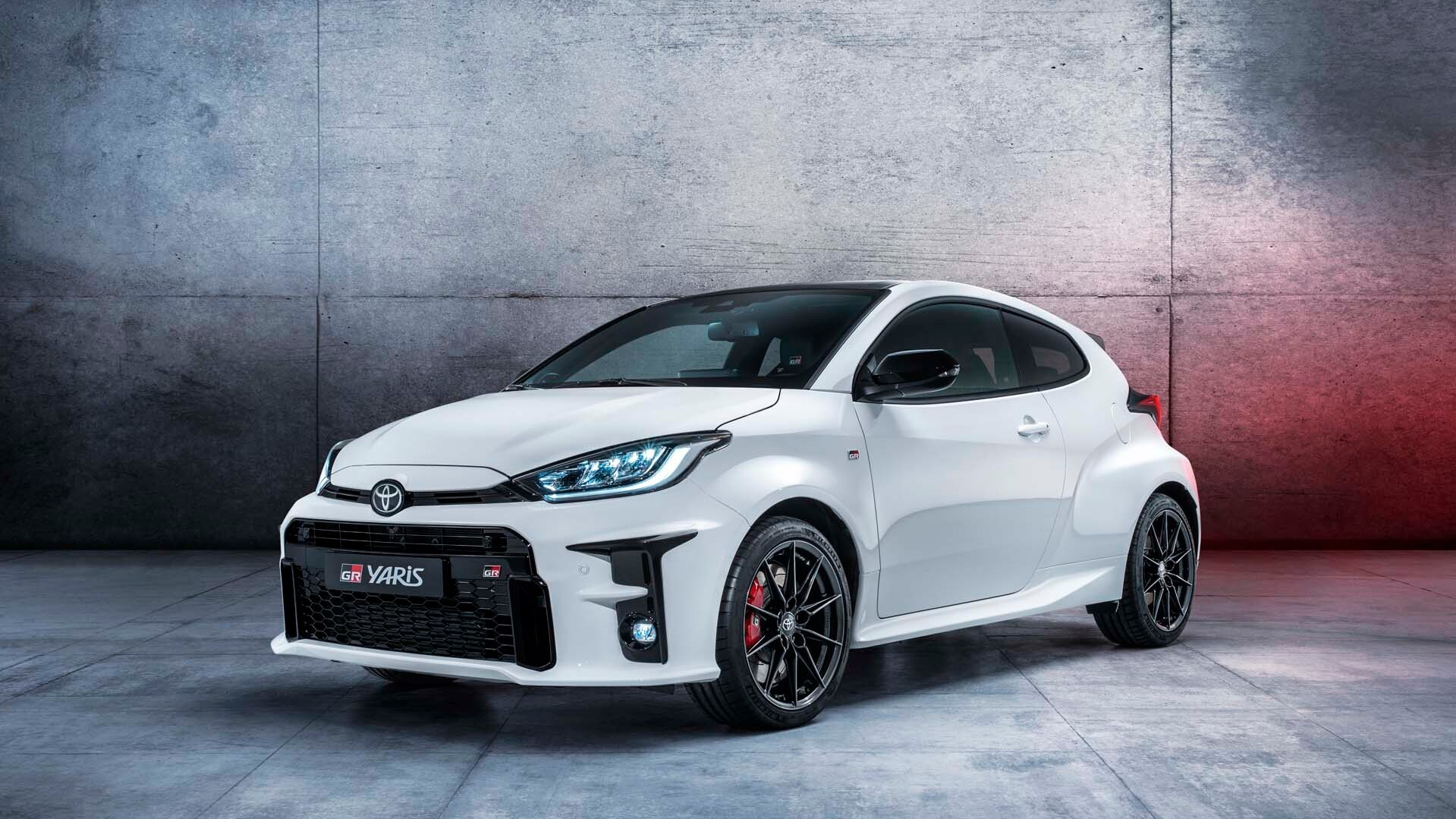 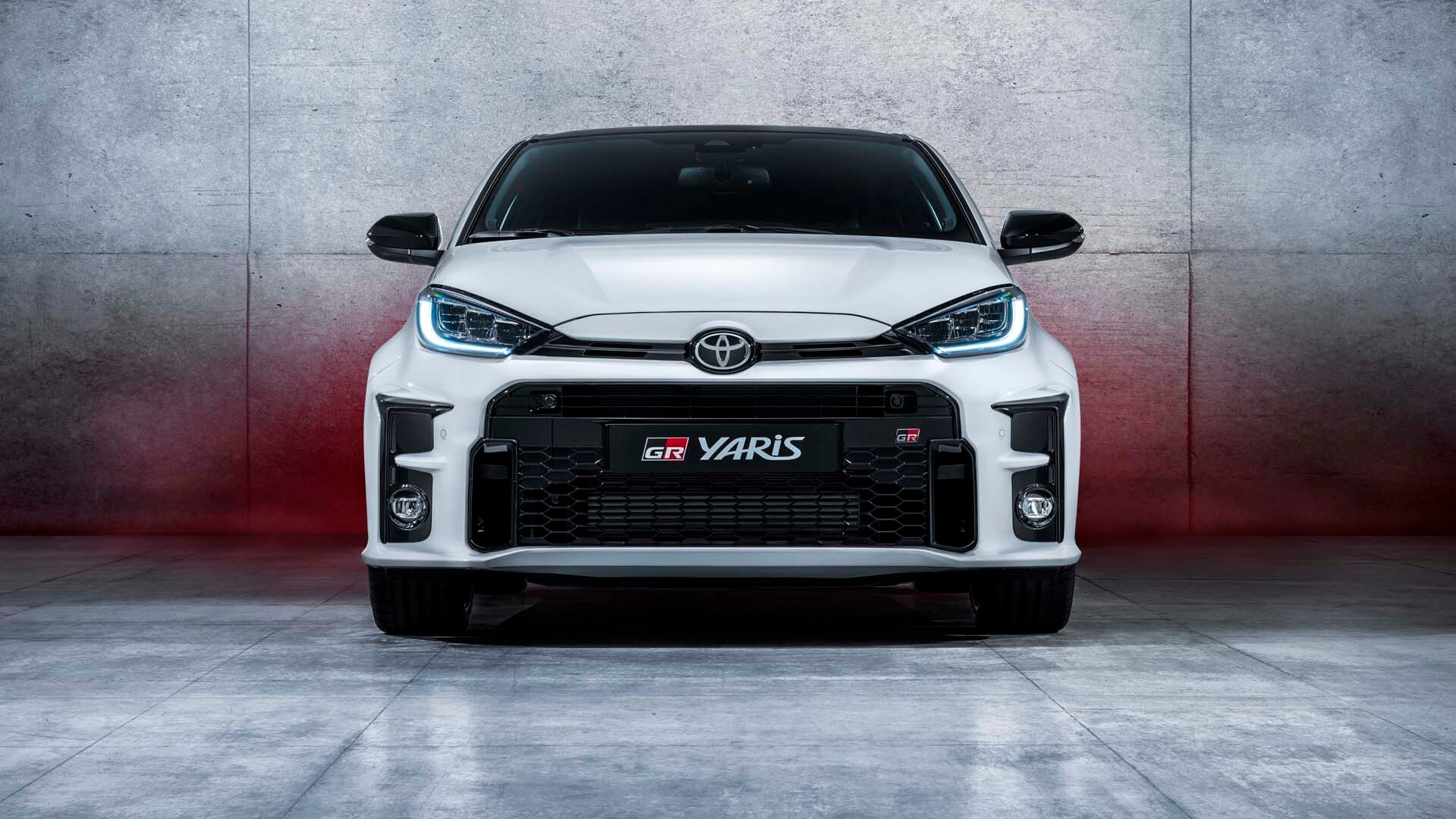 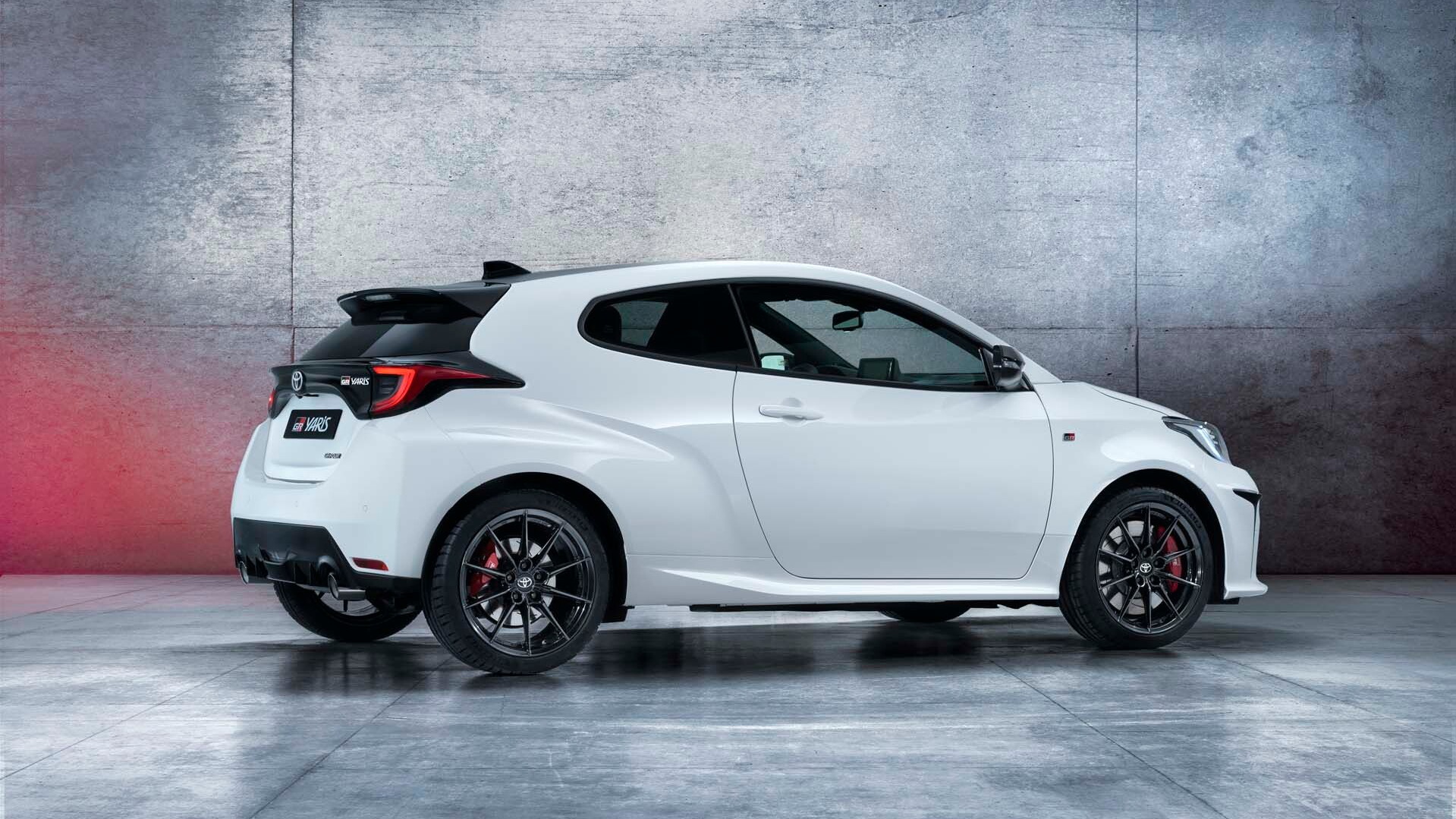 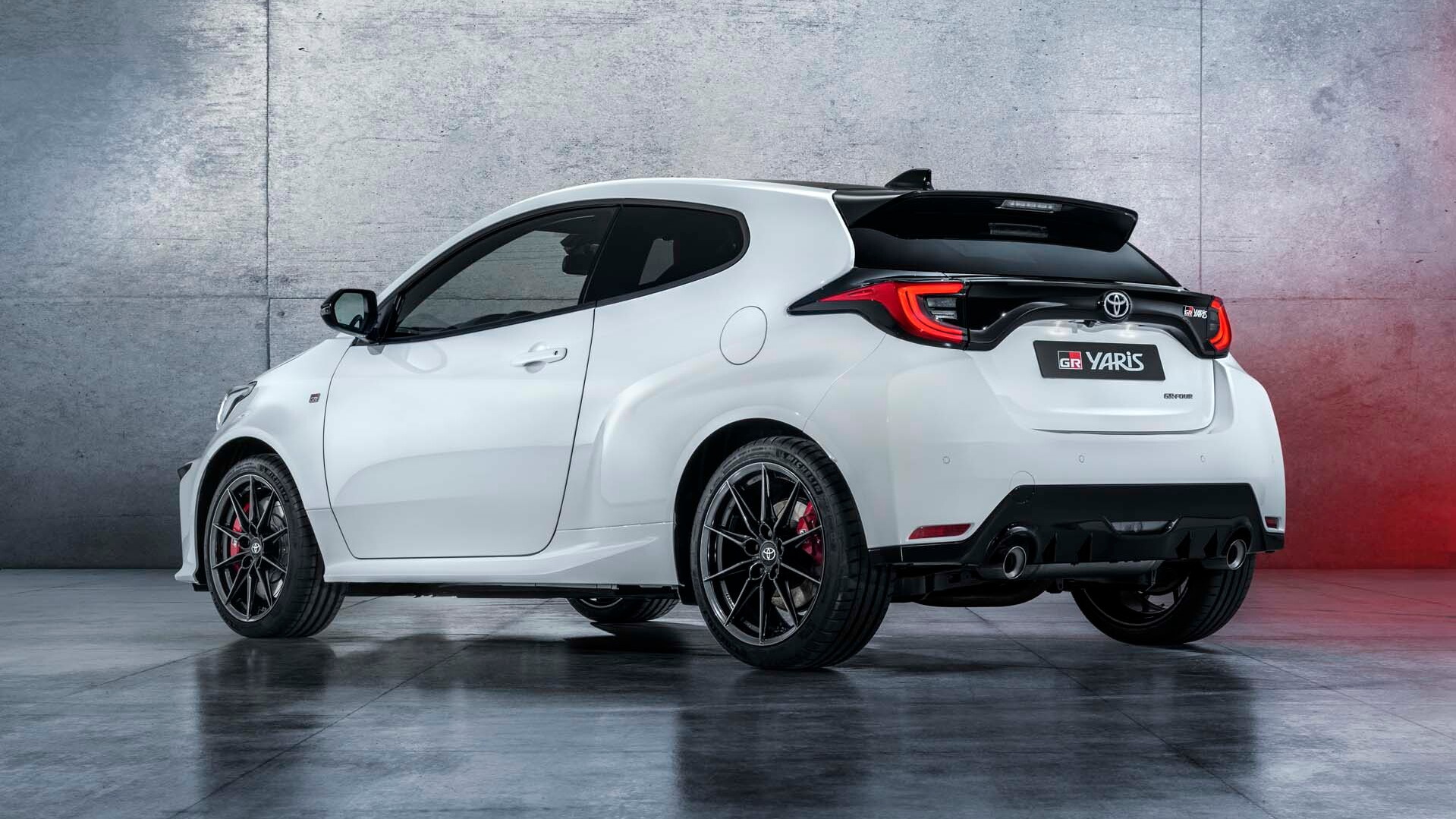 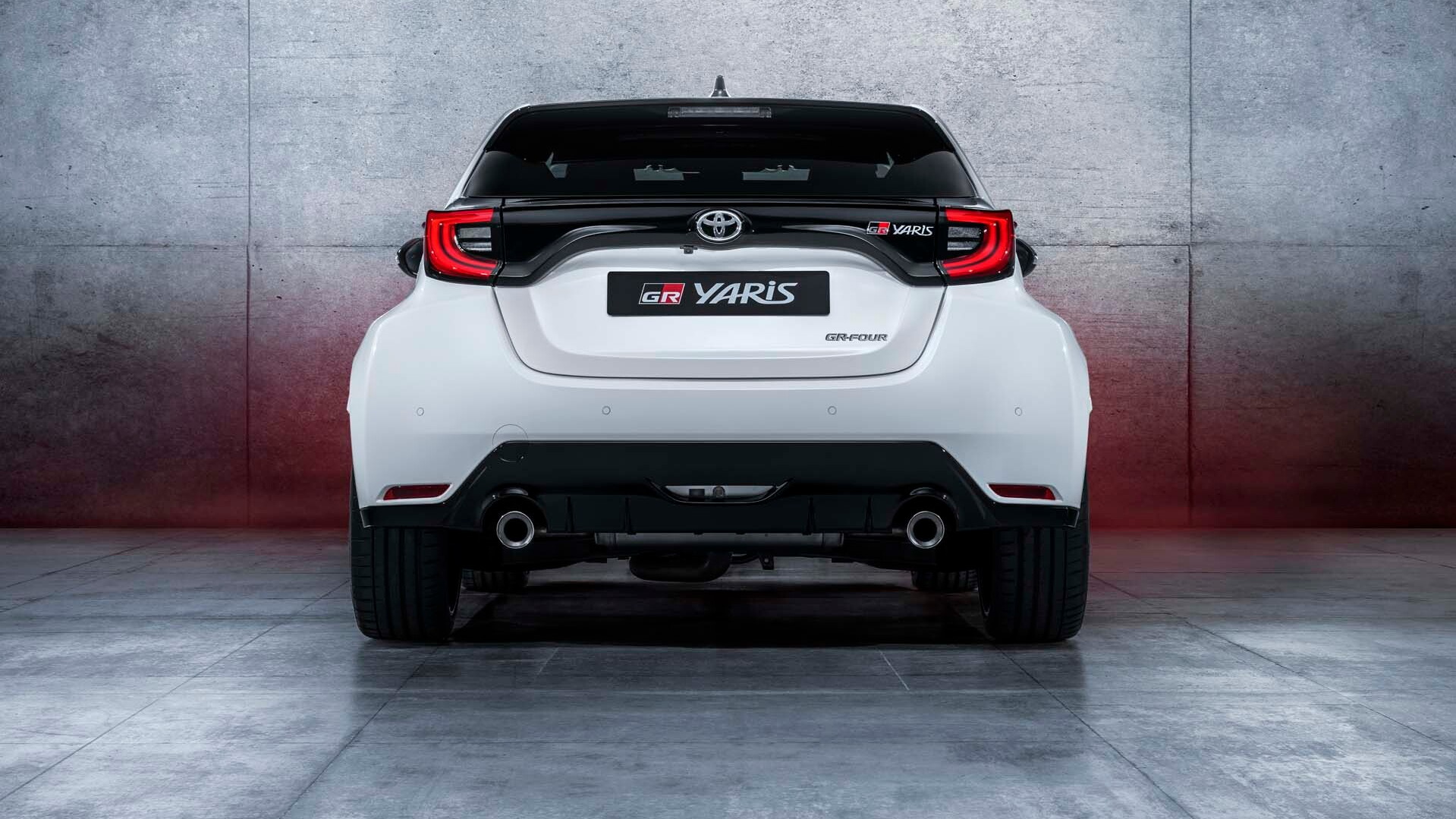 Toyota has developed a tantalizing homologation special for future WRC activity, but U.S. buyers will likely never be able to get it. What a way to end the week.

On Friday at the Tokyo Auto Salon, Toyota unveiled the GR Yaris, a hot hatch with specs to make American enthusiasts jealous.

Under the hood sits a turbocharged 1.6-liter inline-3 with 268 horsepower and 272 pound-feet of torque. For those keeping track, that makes the direct-injected turbo-3 the most-powerful production 3-cylinder ever in a car, according to Toyota. The turbo is a single-scroll, ball-bearing unit that feeds the DOHC 12-valve engine.

The entire car only weighs just 2,821 pounds, which means each of those horses lugs around 10.8 pounds. It can sprint from 0 to 62 mph in less than 5.5 seconds and is electronically limited to 142 mph.

Power is sent through a 6-speed manual transmission to all four wheels via all-wheel drive. The front and rear axles have different gear ratios and multi-plate clutches to allow the torque balance to shift all the way from 100/0 front/rear to 0/100, making the GR Yaris front-wheel drive, rear-wheel drive, or all-wheel drive.

Toyota said the AWD system is lighter than a comparable twin-coupling or permanent all-wheel-drive system. It is controlled via a 4WD mode dial. In Normal mode, the power is split 60/40. Sport model switches the torque split to 30/70. Track mode splits power 50/50 and is designed for racetracks or rally stages. The system also automatically adjusts the power split to meet the traction conditions.

The GR Yaris is built on a new, global platform that isn't expected to come to the U.S. The standard Yaris' torsion rear beam suspension has been tossed into the trash in favor of a double wishbone setup, and MacPherson struts are used up front.

One look at the Yaris GR and it's clear this isn't a standard economy hatchback. The three-door body and roof have been lowered by a total of 3.6 inches, and the doors are now frameless. The front end has gaping intakes to feed the turbo-3. To save weight, the upper body, hood, trunk, and door panels are made from aluminum, and the roof is carbon fiber.

Toyota didn't provide details about the interior, but there's a touchscreen infotainment system, sport seats covered in what is likely synthetic suede, metal-covered pedals, and a three-spoke steering wheel. Two analog gauges are found in the instrument panel, along with a color information screen wedged in between. Photos also show JBL speakers.

Toyota's Gazoo Racing division developed the GR Yaris with knowledge gleaned from its experience in the World Rally Championship with Tommi Mäkinen Racing. The hot hatch will serve as a homologation model and support development of a new race car for the Toyota Gazoo WRC team.

The Yaris GR will be built in Japan at Toyota's Motomachi plant by takumi, which are Toyota's master craftspeople. The very same people built the LFA supercar.