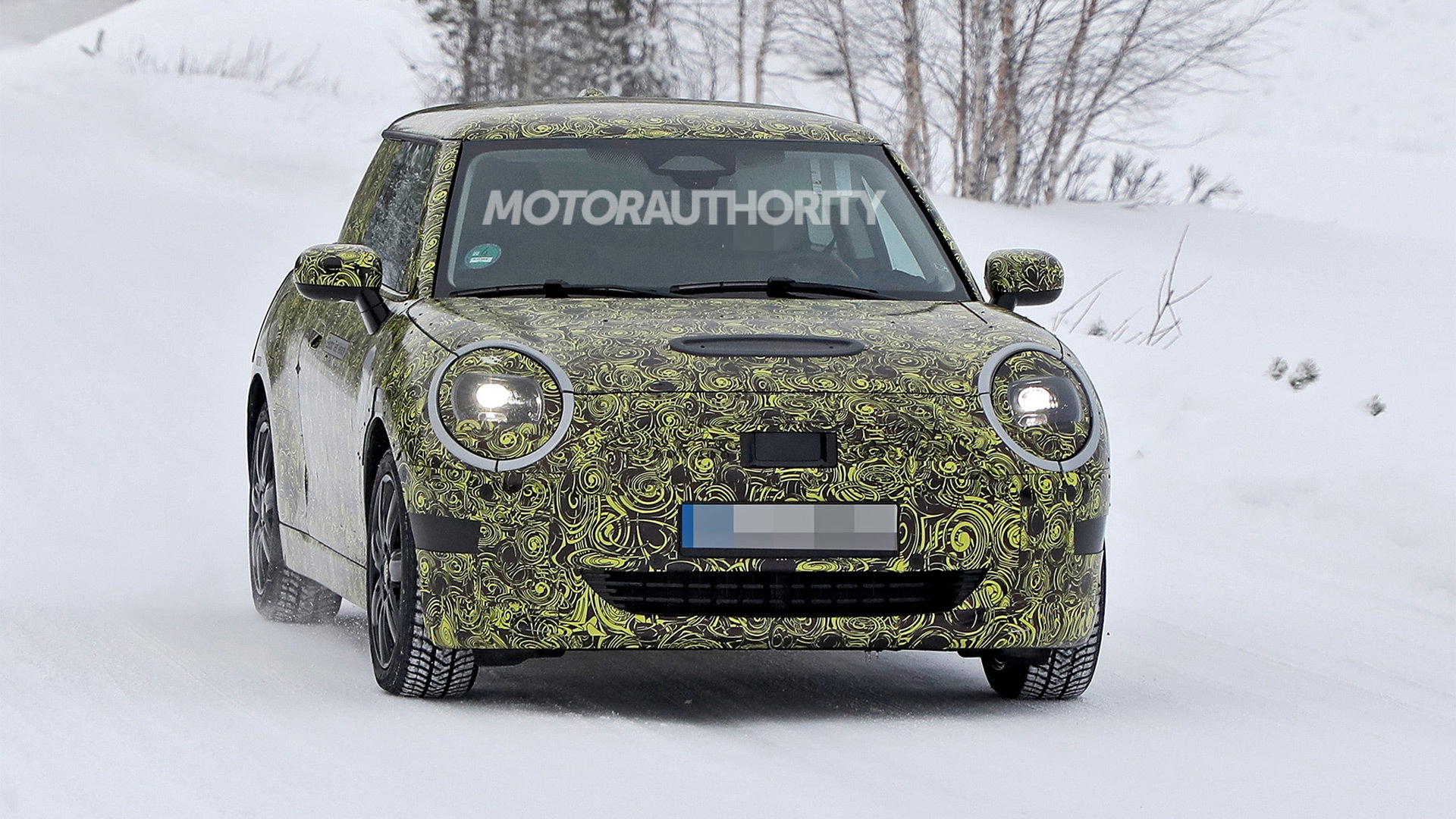 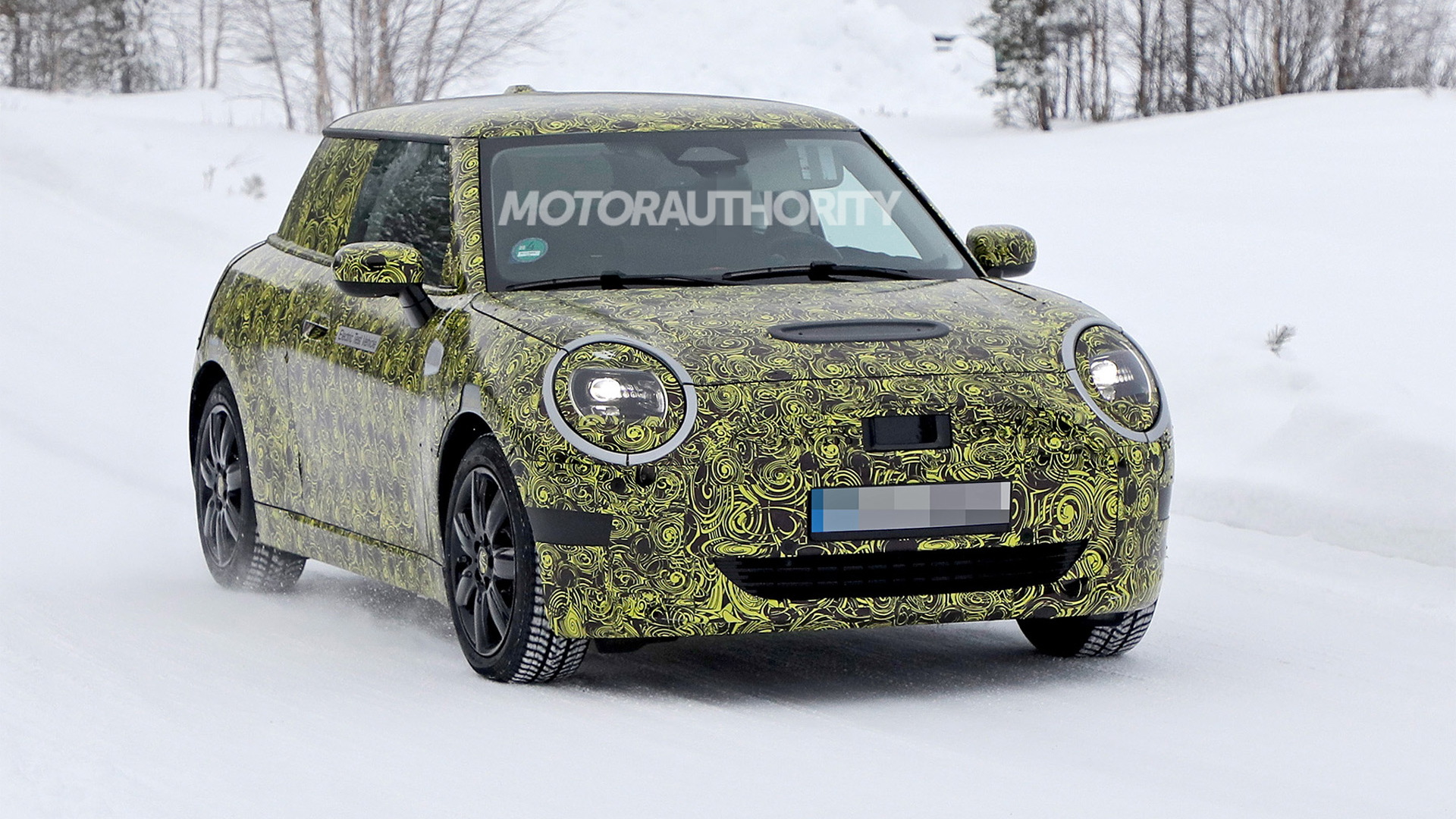 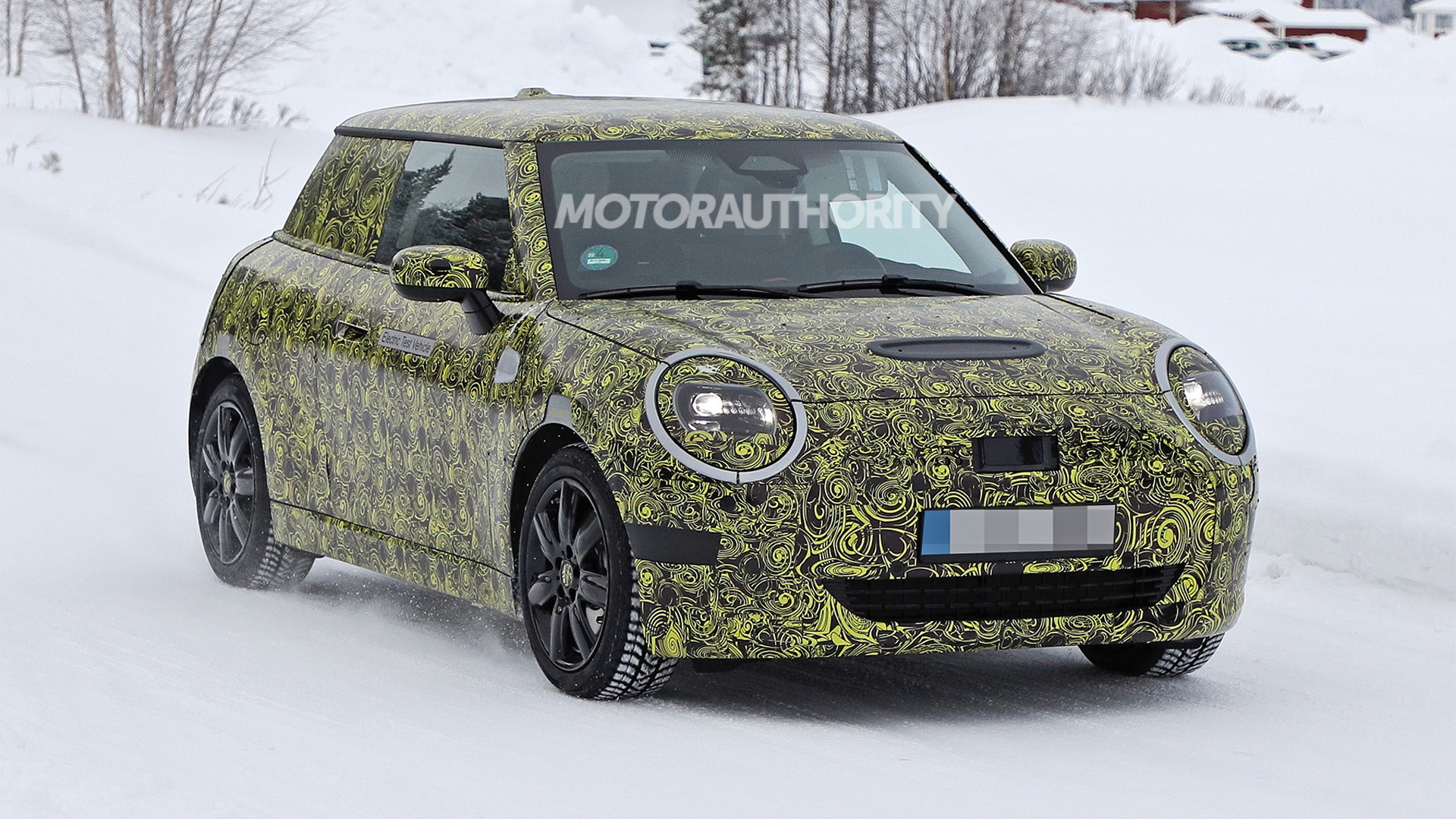 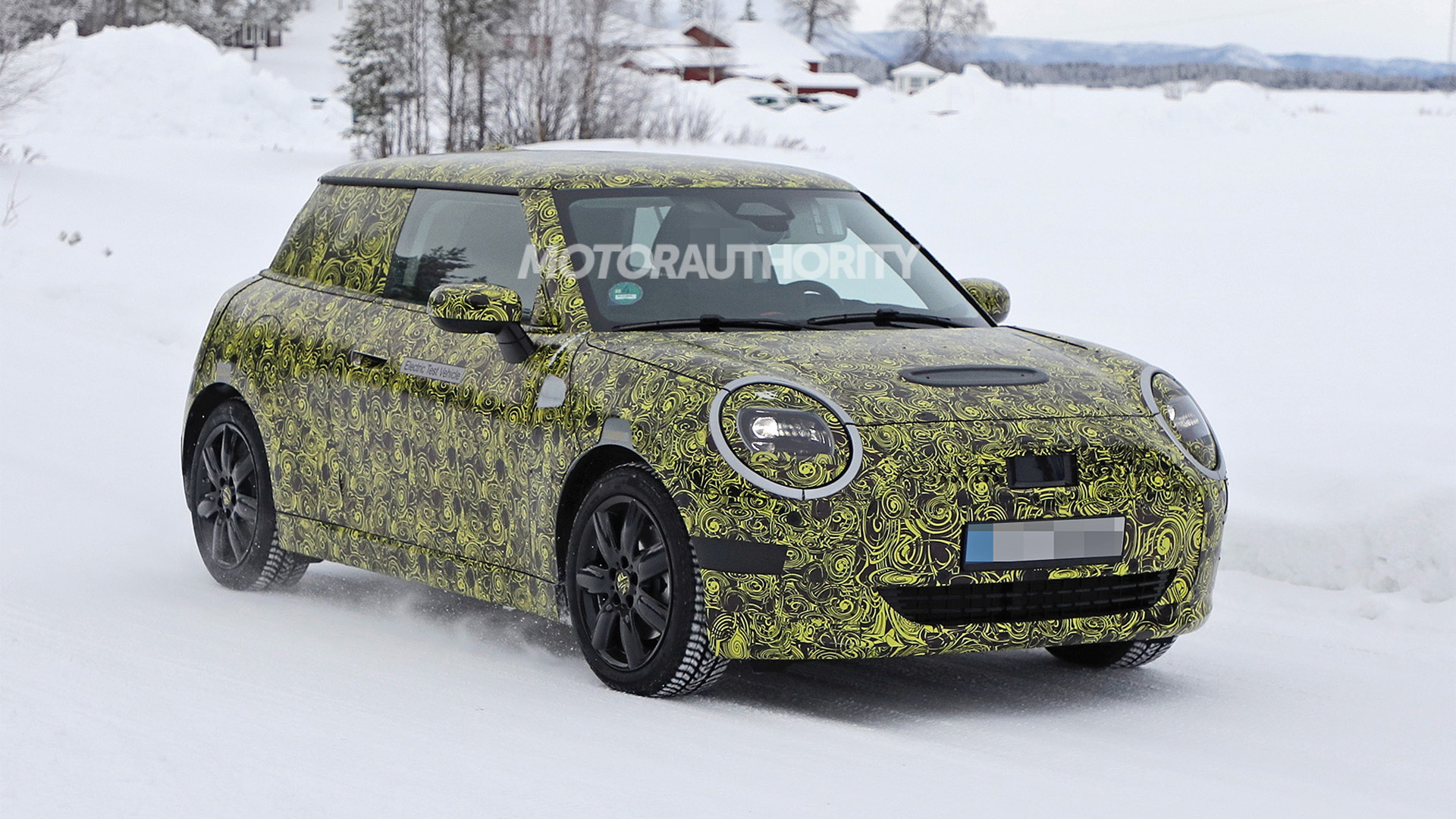 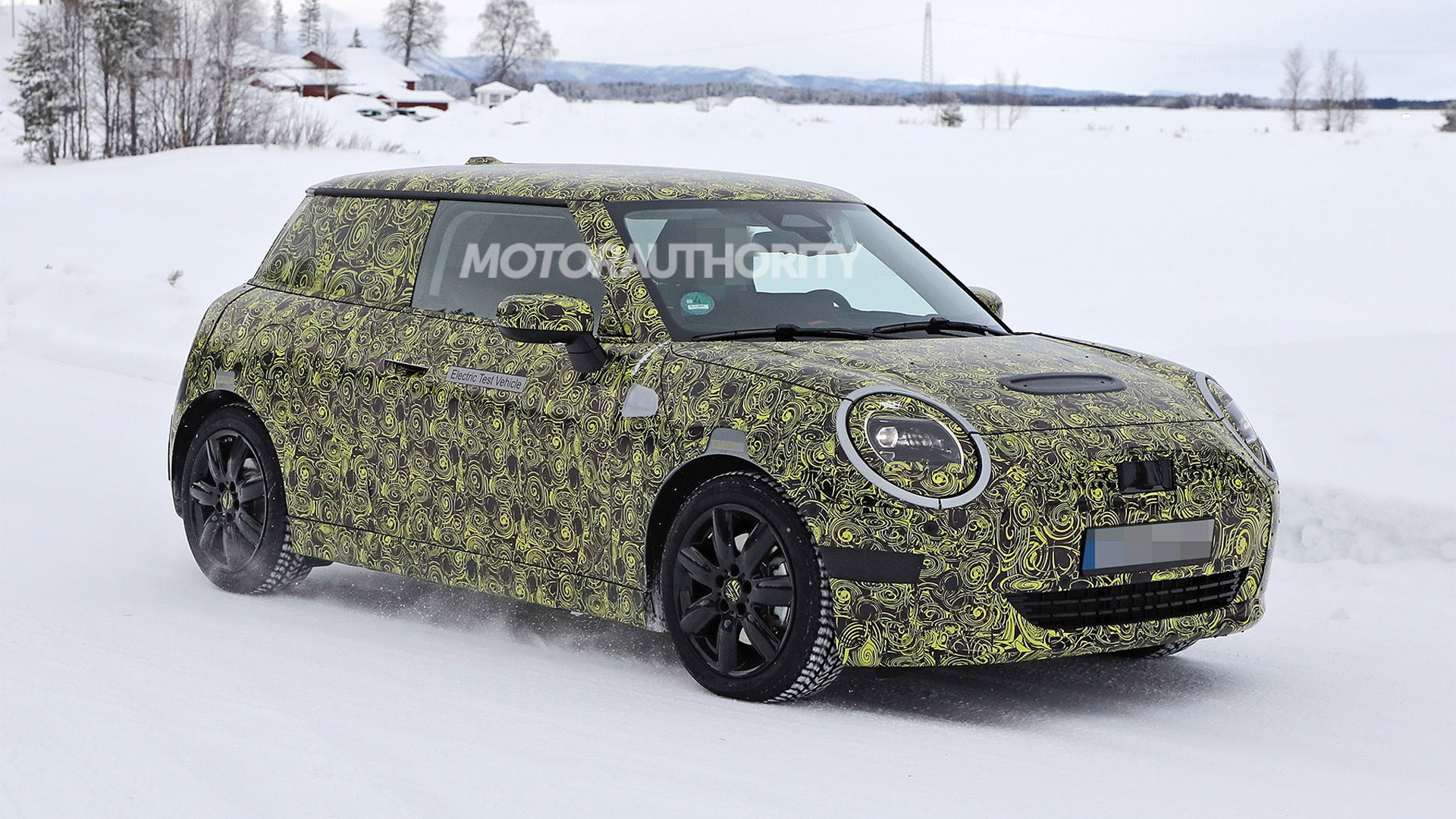 A redesigned Mini Hardtop is coming in 2023 as a 2024 model, and a prototype has been spotted.

The prototype is for an electric version, which may once again be called a Cooper SE, but prototypes for redesigned versions of the internal-combustion powered Cooper and Cooper S variants should also be out testing.

The ICE-powered Hardtop will be more of a heavy update of the outgoing Hardtop than a true redesign, and its production will take place at Mini's main plant in Oxford, U.K., where the outgoing model is built. This makes sense as Mini plans to switch to EV power this decade, and has even locked in 2025 as the date that its final ICE-powered model will be launched.

The redesigned Hardtop's look is a clear evolution of the one introduced with the arrival of the first of the modern Minis at the start of the century, though there will be a significant departure for the design of the tailgate, which features sharp angular cutouts that frame the taillights, at least on the electric variant.

Another significant design departure will be in the cabin, where a single panel looks to house screens for both the instrument cluster and infotainment hub. Mini has hinted that a new digital dash is set to replace the current Hardtop's separate gauge cluster and round central display.

It isn't clear what Mini has planned for the powertrain. The current Cooper SE makes do with a 181-hp motor and 32.6-kilowatt-hour battery, with the EPA awarding the vehicle a 110-mile range. Expect the numbers to be improved for the redesigned car. Interestingly, Mini has confirmed it is working on an electric powertrain for sporty John Cooper Works variants, though timing is unclear.

The next couple of years will be busy for Mini as the brand renews its lineup and adds new model lines. A redesigned Countryman is due in 2023, offering both ICE and electric options. We also know of two more crossovers joining the lineup. One will be a dedicated EV similar in size to the Countryman. It's due in 2023 and may revive the Paceman name. Another is expected to be bigger than the Countryman and offer ICE and electric options. We should see this model in 2024.

Sadly, it no longer seems that Mini plans to launch a model smaller than the Hardtop.