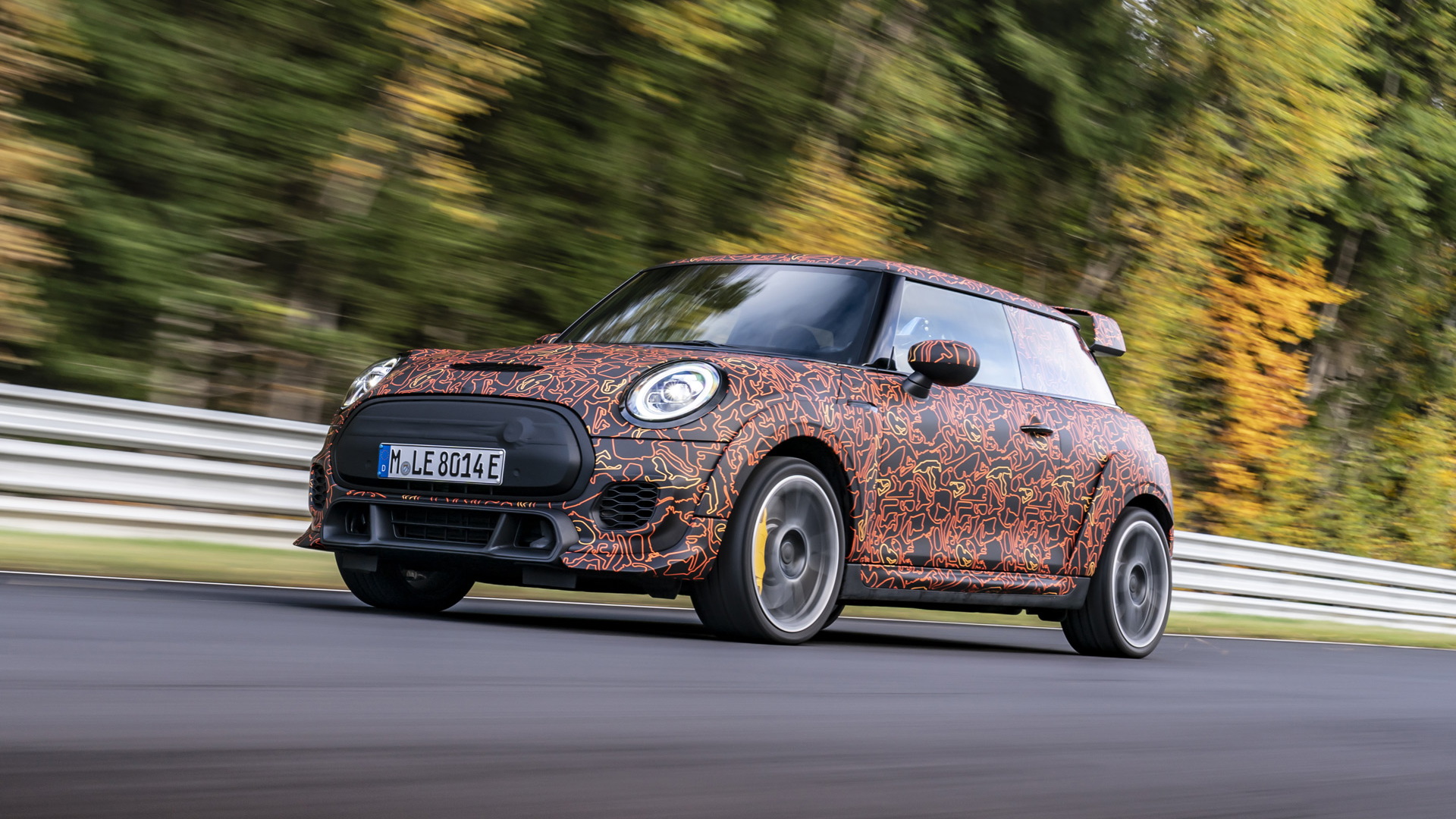 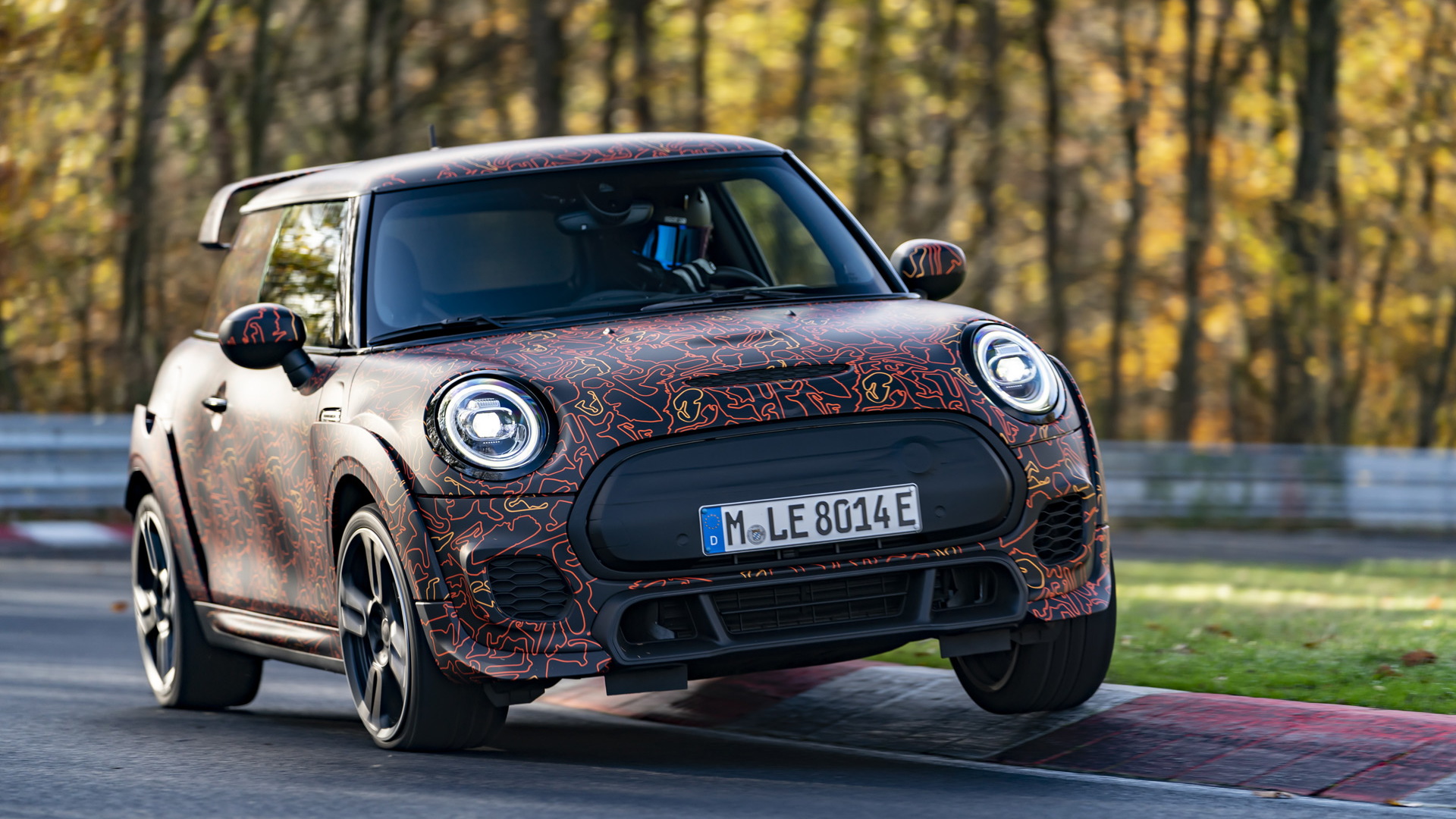 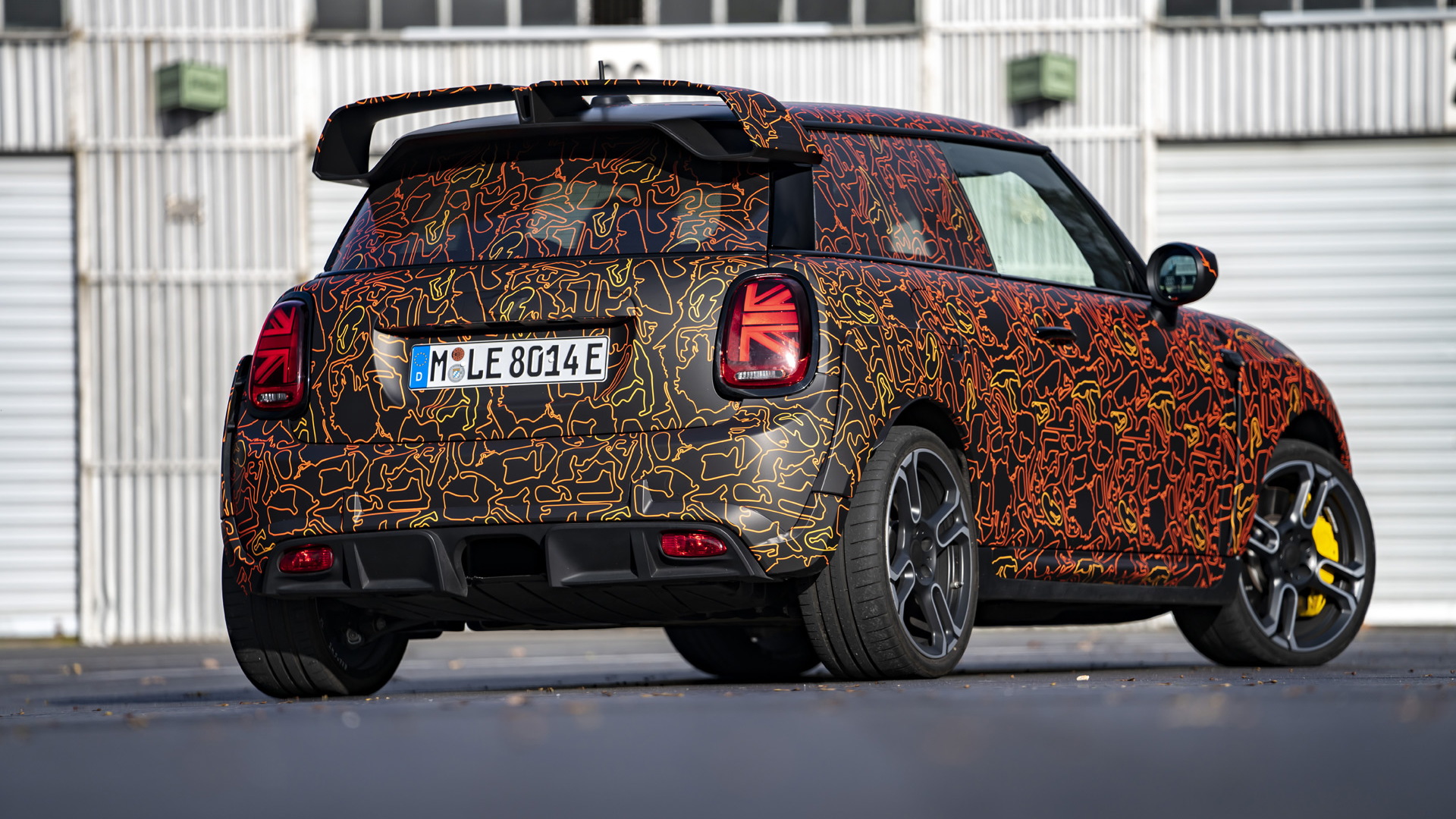 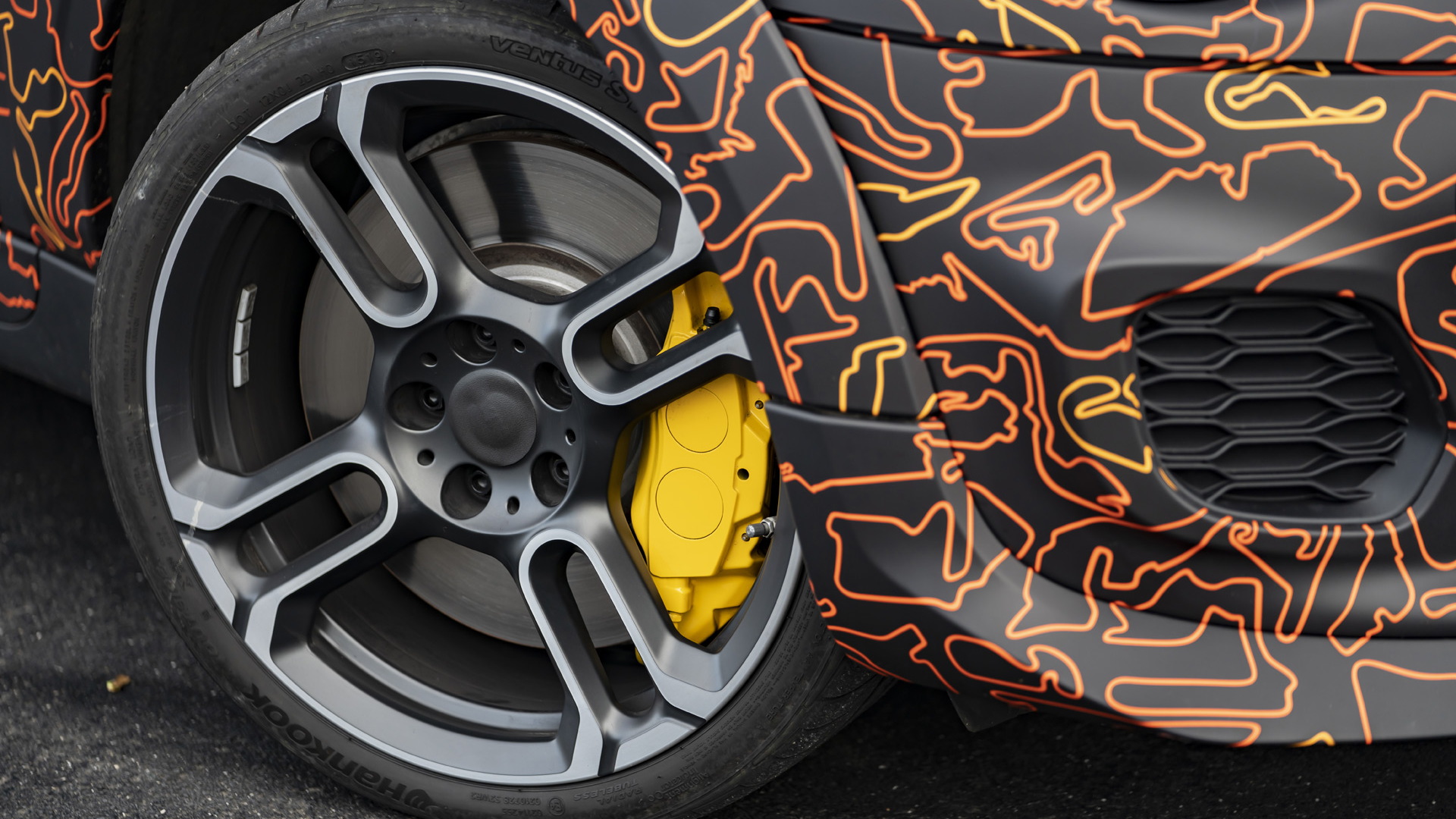 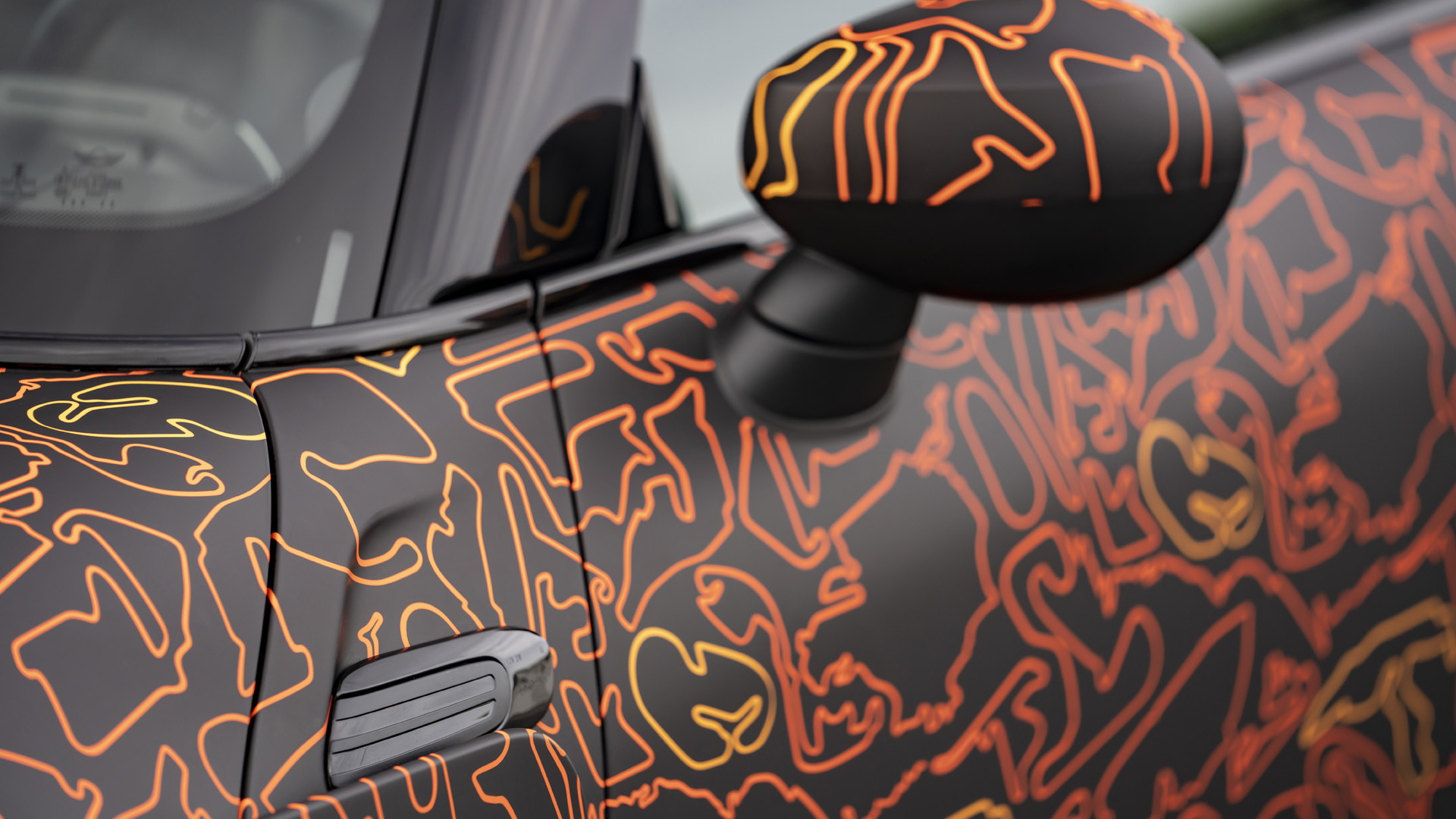 Mini is in the early stages of developing the technology for future electric JCW models and is using a current-generation John Cooper Works GP as a test mule. You'll notice there aren't any exhaust tips and the grille is also sealed off for improved aero.

Unfortunately Mini hasn't provided any details on its plans for its electric JCW models, including when we'll actually see one.

What we do know is that the current, third generation of the modern Mini lineup is reaching the end of the road. The first members in a redesigned, fourth-generation lineup is due around 2023. This new lineup will likely be based on BMW Group's FAAR platform which is designed for compact, front-wheel-drive cars and supports battery-electric powertrains.

We also know BMW Group and Great Wall Motors is developing Minis based on dedicated EV platforms over in China. The first of these will be an SUV similar in size to the Countryman due in 2023.

Even with the introduction of electric JCW models, Mini has no plans to abandon the internal-combustion engine for its high-performance offerings.

“John Cooper Works models with conventional combustion engines will still continue to have an important role to play, to make sure we’re addressing the wishes and needs of performance enthusiasts all around the world,” Bernd Koerber, head of Mini, said in a statement. “With this new focus on electric performance, we’re also creating the opportunity to sharpen the distinctive profile of the John Cooper Works brand more than ever before.”

Mini's sole electric model at present is the Cooper SE based on the signature Hardtop 2-Door. It roughly aligns with Mini's S grade in terms of performance, with its single electric motor delivering 181 horsepower and 199 pound-feet of torque, or enough for 0-60 mph acceleration in about seven seconds.