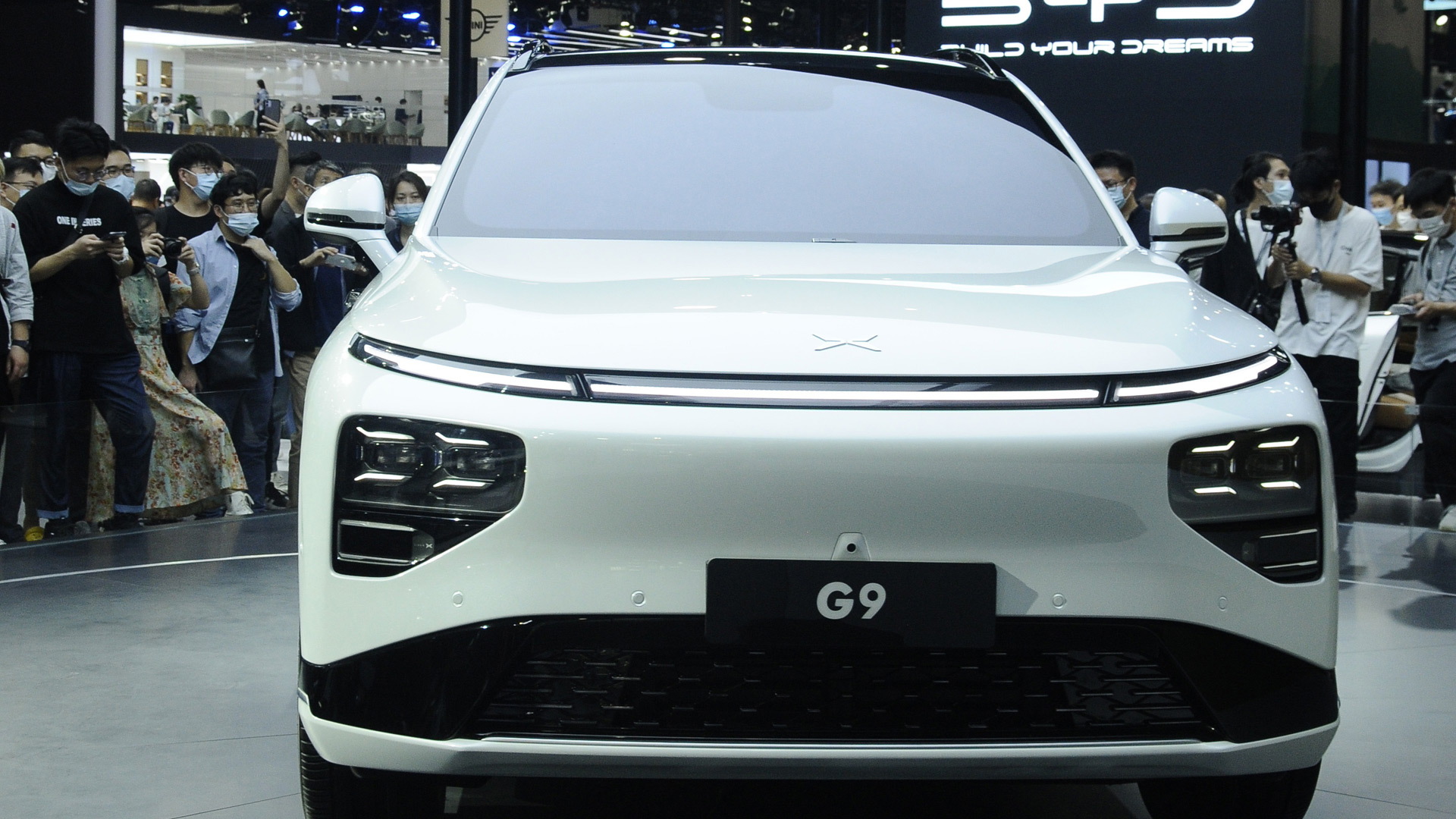 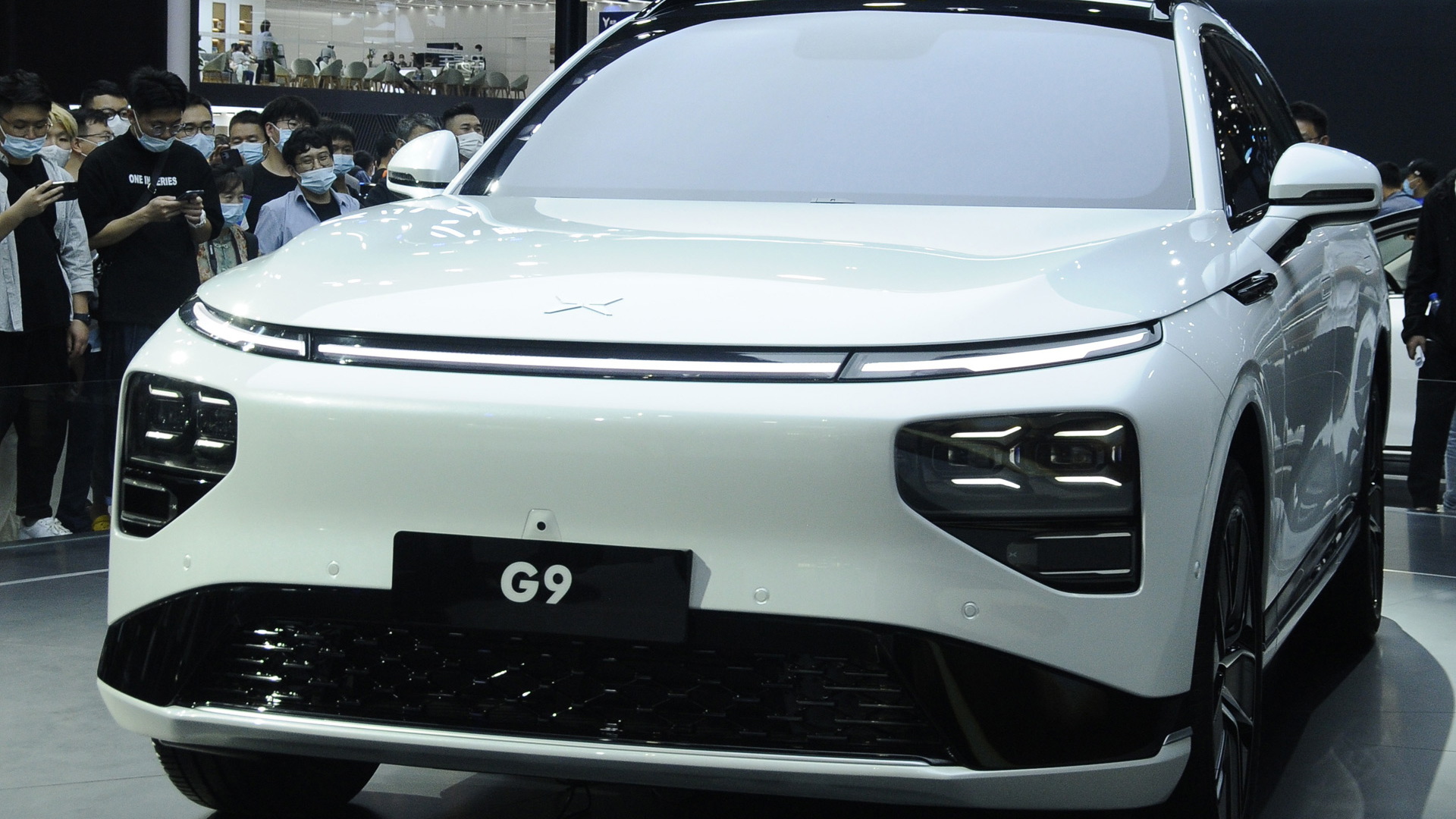 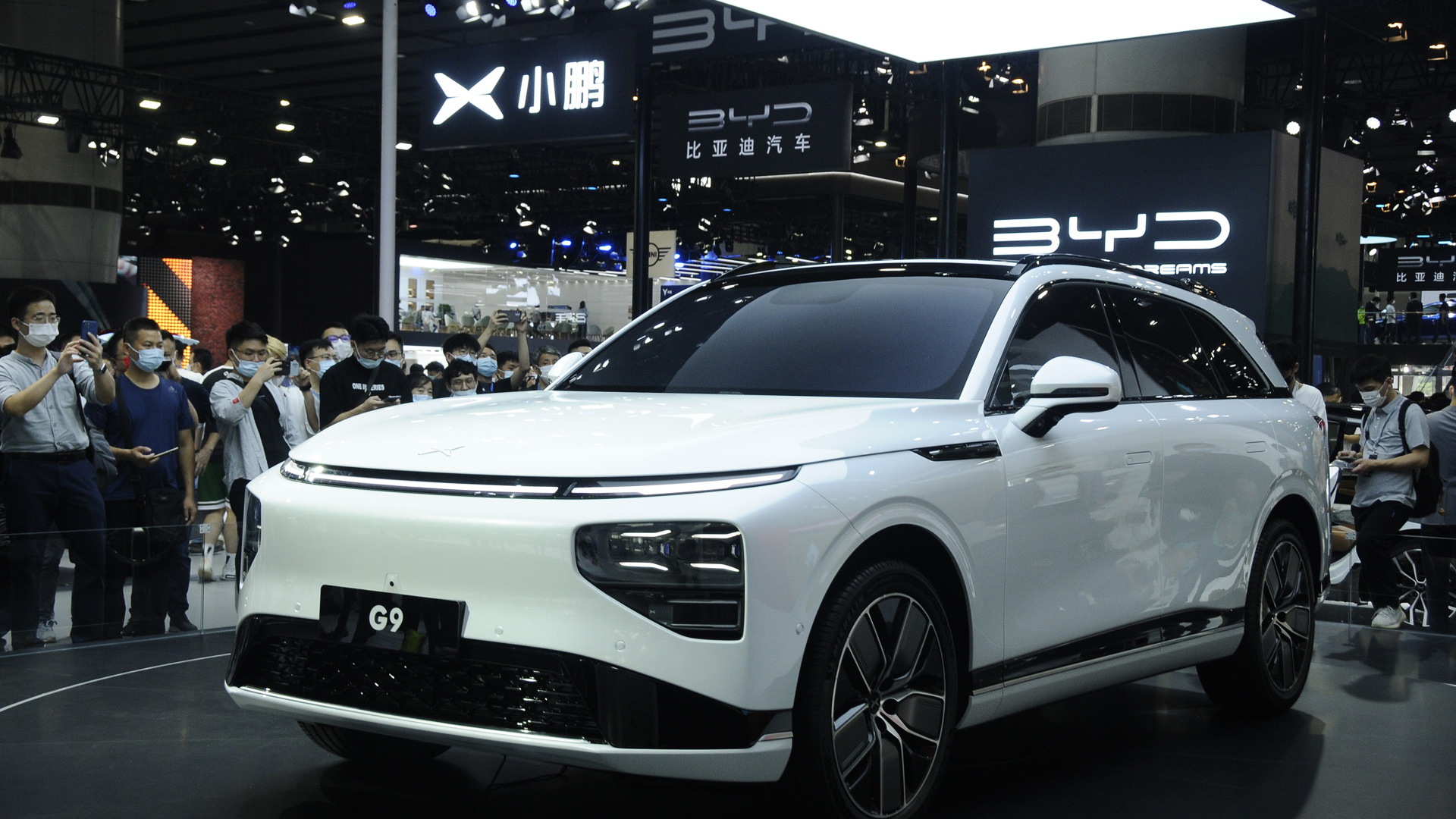 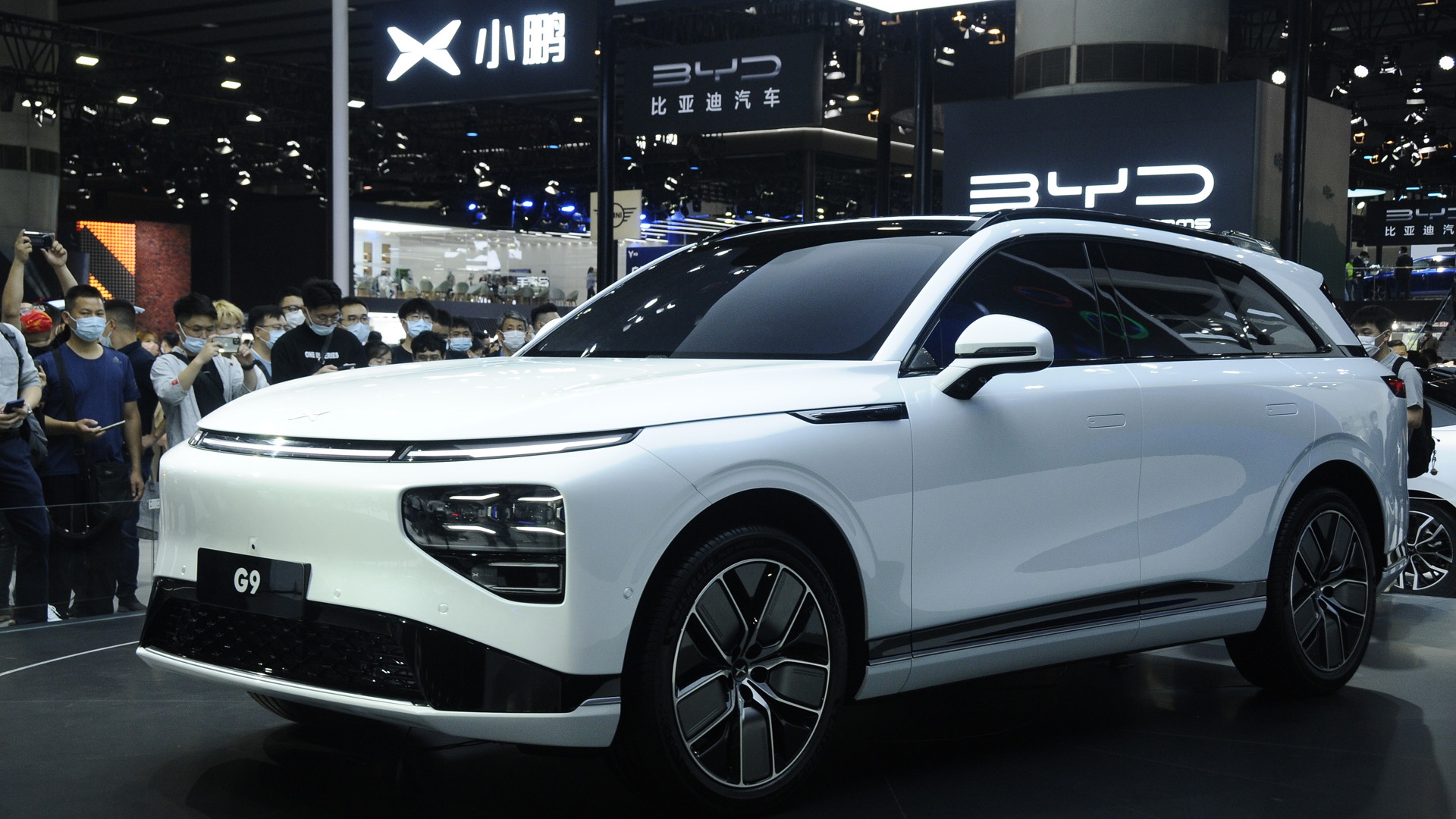 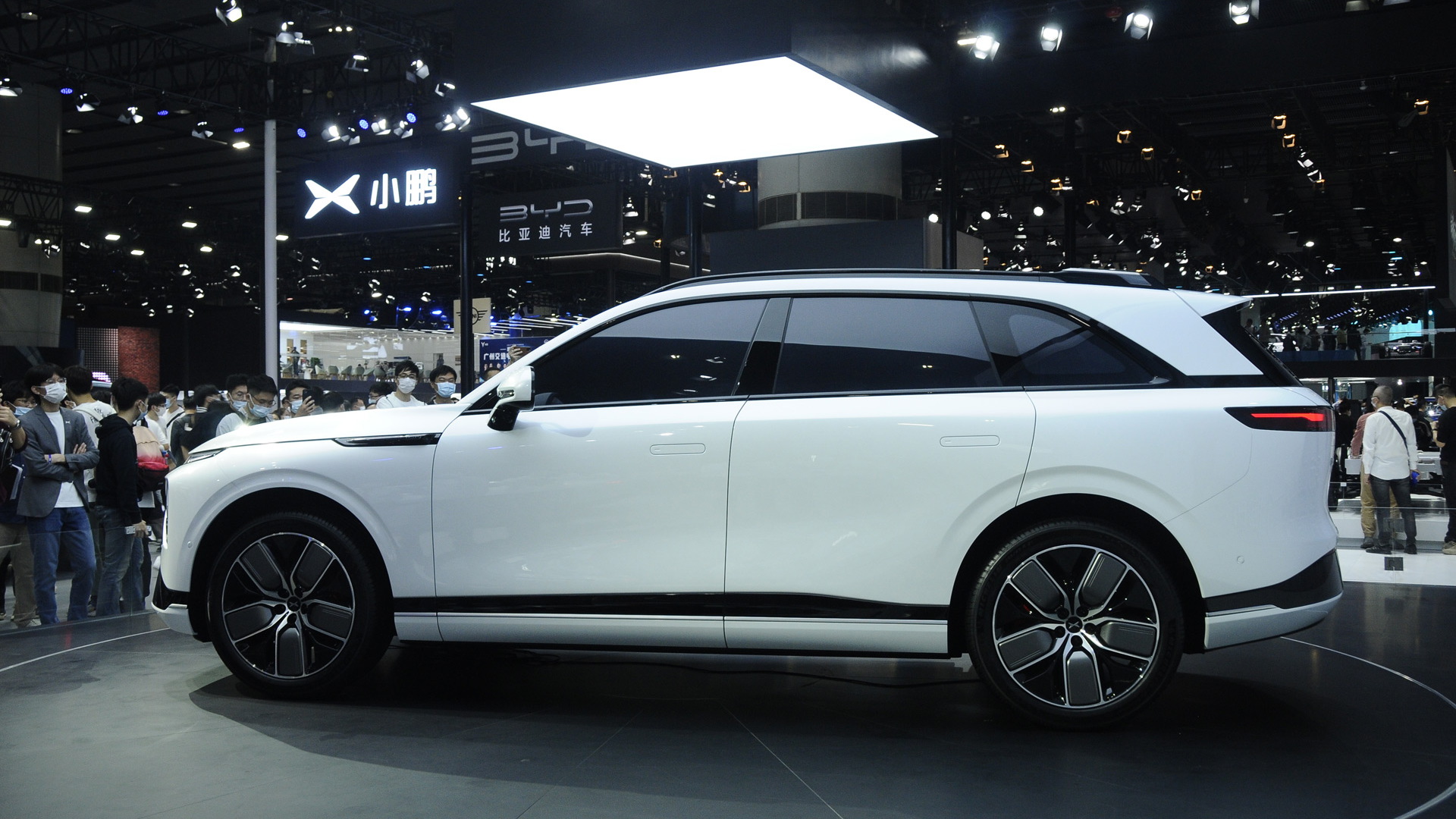 Just months after launching on the market the first vehicle with built-in lidar, Chinese electric-vehicle startup Xpeng has now added a new model to its lineup, this time a mid-size crossover with third-row seats.

The Xpeng G9 was unveiled last week at Auto Guangzhou 2021, and is claimed by Xpeng to be its first model developed for both Chinese and global markets. Before you get too excited, we should point out that Xpeng is yet to announce plans for the U.S., though the company has already started exports of its P7 mid-sedan and G3 compact crossover to Norway and plans to enter more European markets in the near future.

The G9 is based on Xpeng's own SiC dedicated EV platform featuring an 800-volt electrical system, a first for a Chinese company. This means it is able to charge at high kilowatt ratings, with Xpeng claiming 124 miles of range can be added in just five minutes. To support its vehicles, Xpeng plans to roll out its own chargers offering charging rates up to 480 kw.

Xpeng is yet to provide any powertrain details. The company plans to release more information as we approach the start of production, currently expected for the second half of 2022.

Xpeng has confirmed that the G9 will be its first model to feature its Xpilot 4.0 suite of driver-assist features. Thanks to a multiple sensors, including a pair of lidar sensors integrated with the headlights, Xpilot 4.0 will enable the G9 to deliver a high level of automation, though the driver will still need to monitor things at all times, meaning any automated system will still be at Level 2 on the SAE scale for self-driving capability. In March, Xpeng demonstrated its self-driving system over 1,820 miles of highway, with the system requiring on average just 0.71 corrections per 62 miles.

A final technology worth mentioning is a Gigabit Ethernet communications architecture. According to Xpeng, this allows vehicles to transmit and receive vast amounts of data, which means over-the-air update can be handled much faster than at present, and it also lays the groundwork for more advanced driver-assist features including vehicle-to-vehicle and vehicle-to-infrastructure communications.

The reveal of the G9 follows Xpeng's announcement earlier this month that it delivered 10,138 vehicles in October, which was the second straight month of more than 10,000 deliveries for the rapidly growing company. It means Xpeng has now delivered 66,542 vehicles through October, a 289% rise on the same period a year ago.