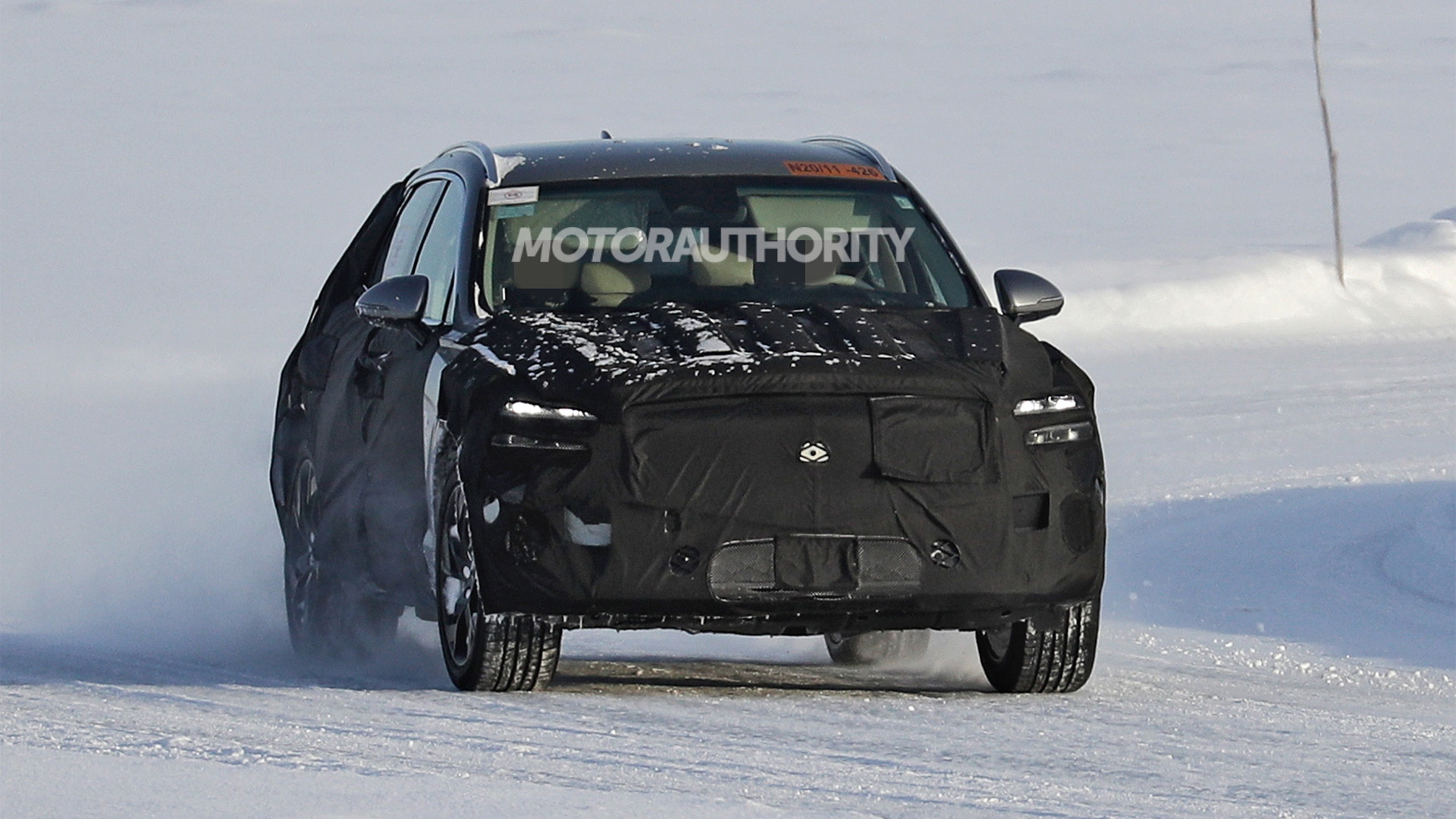 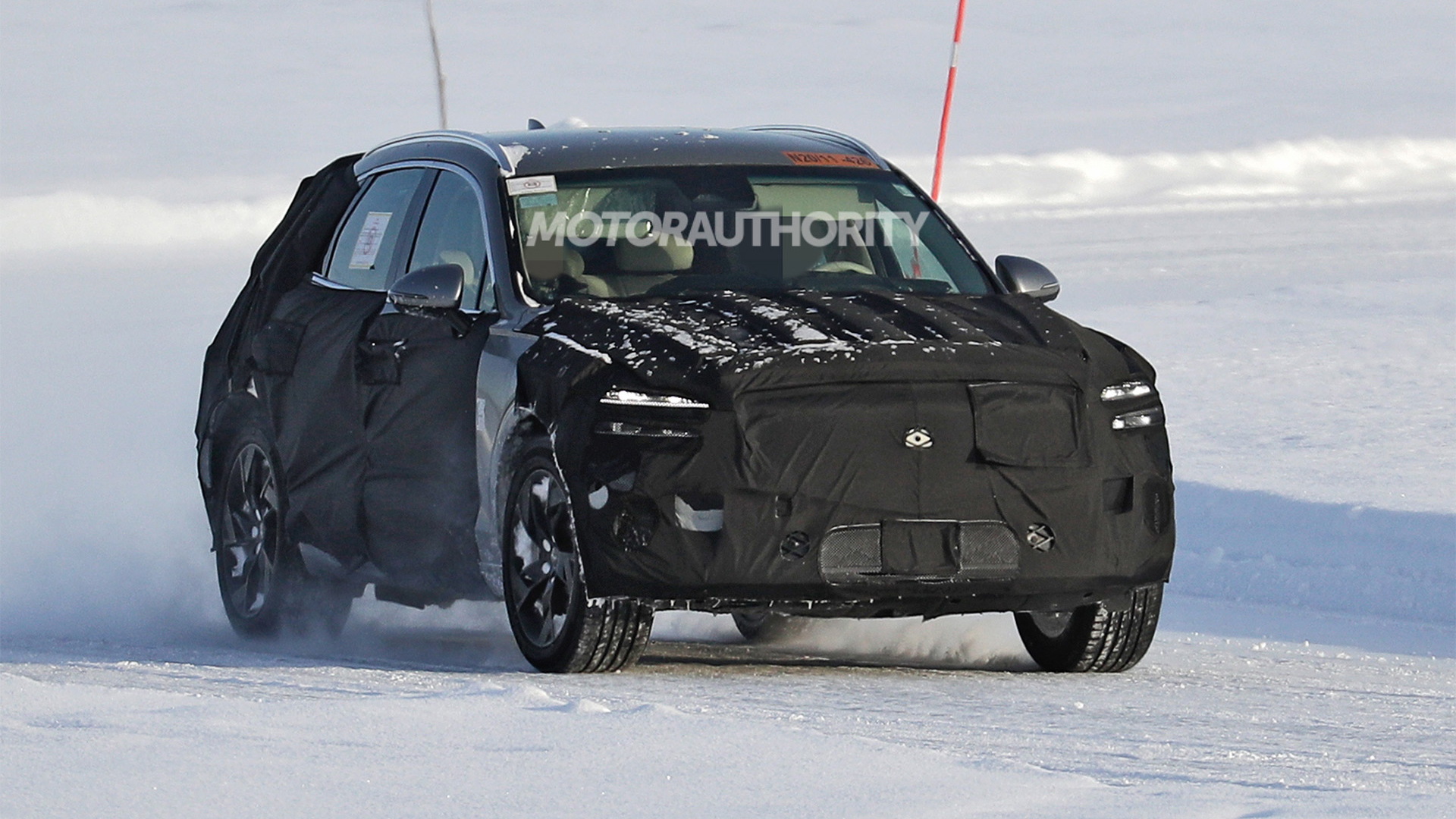 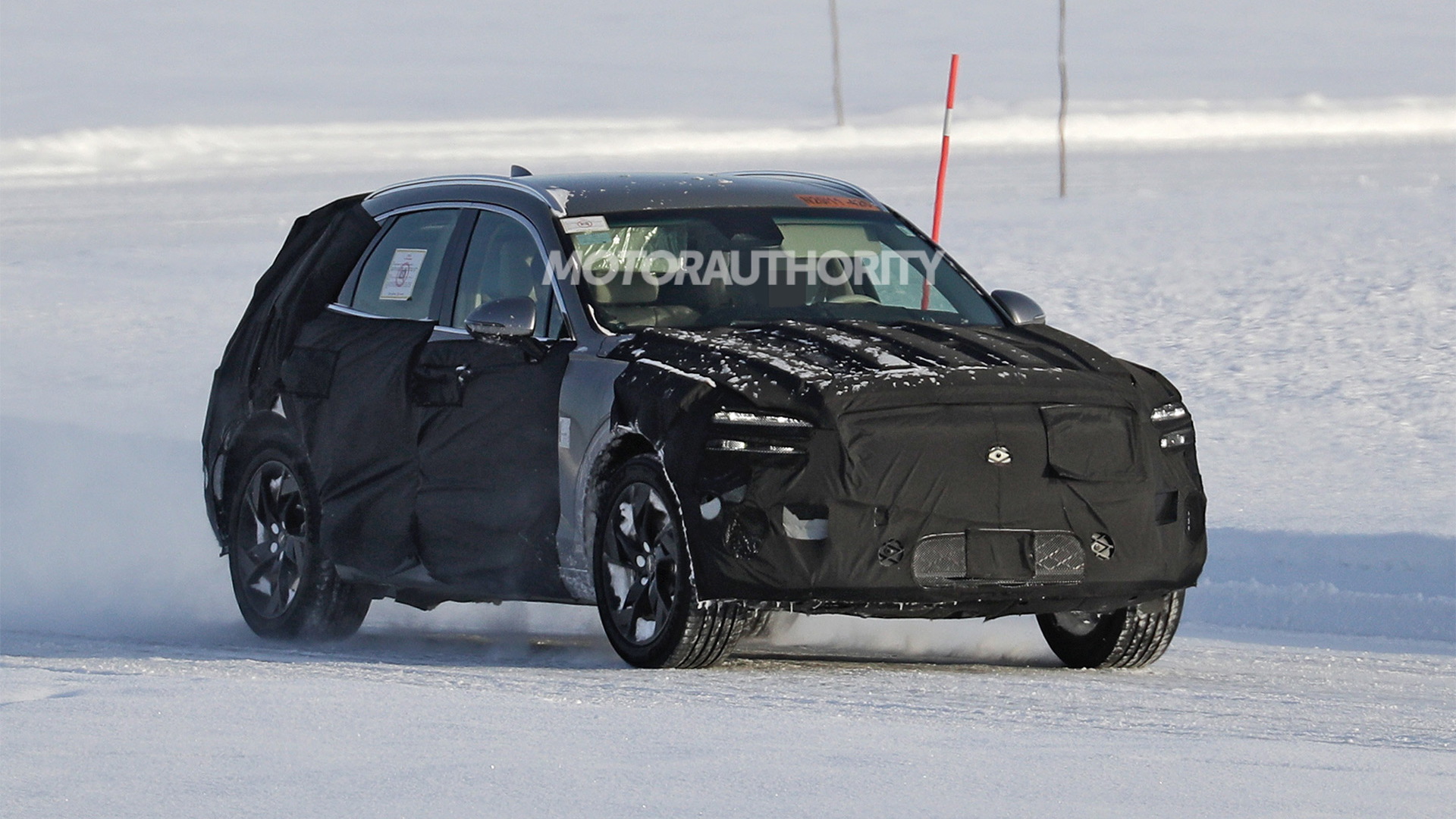 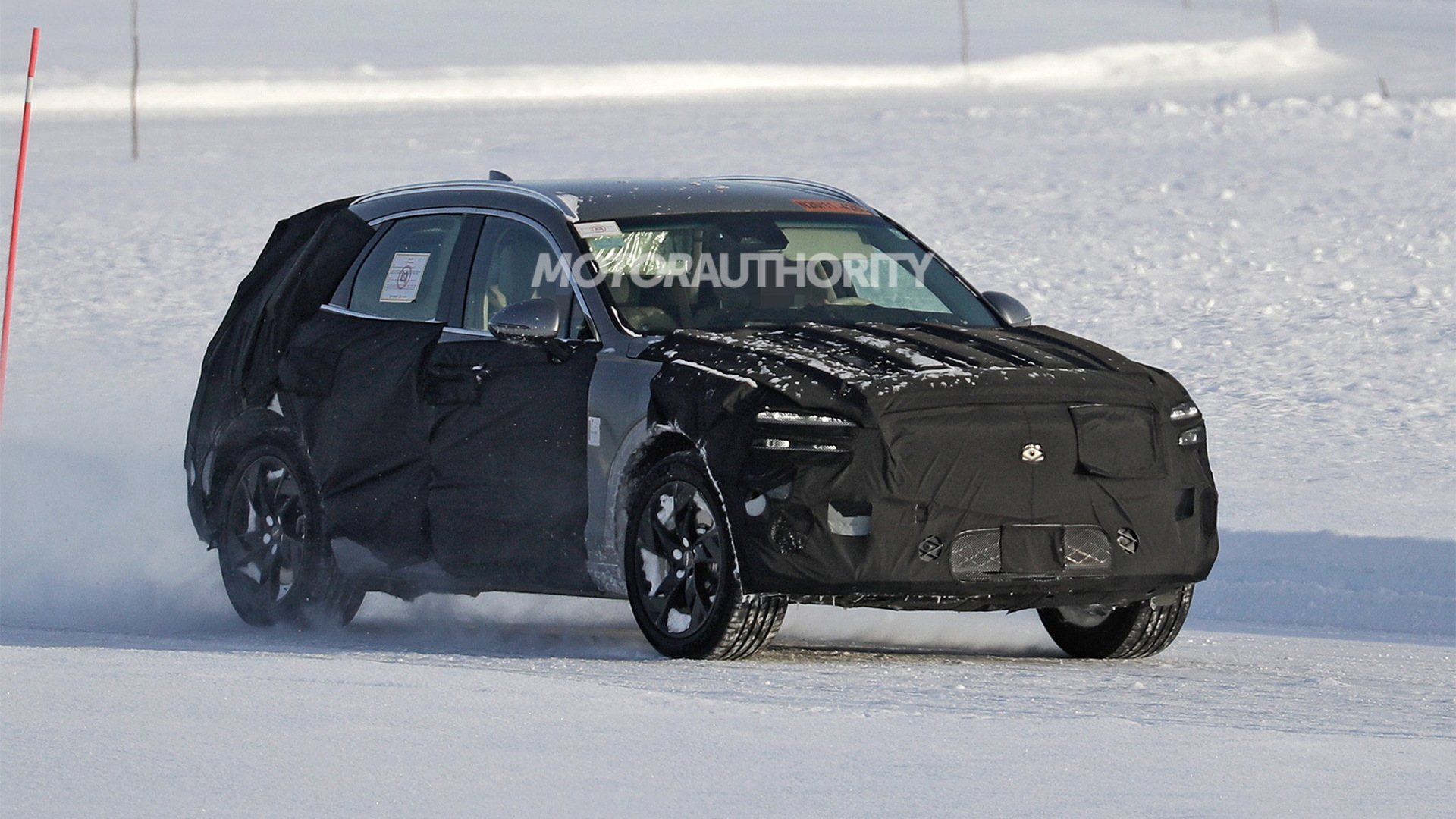 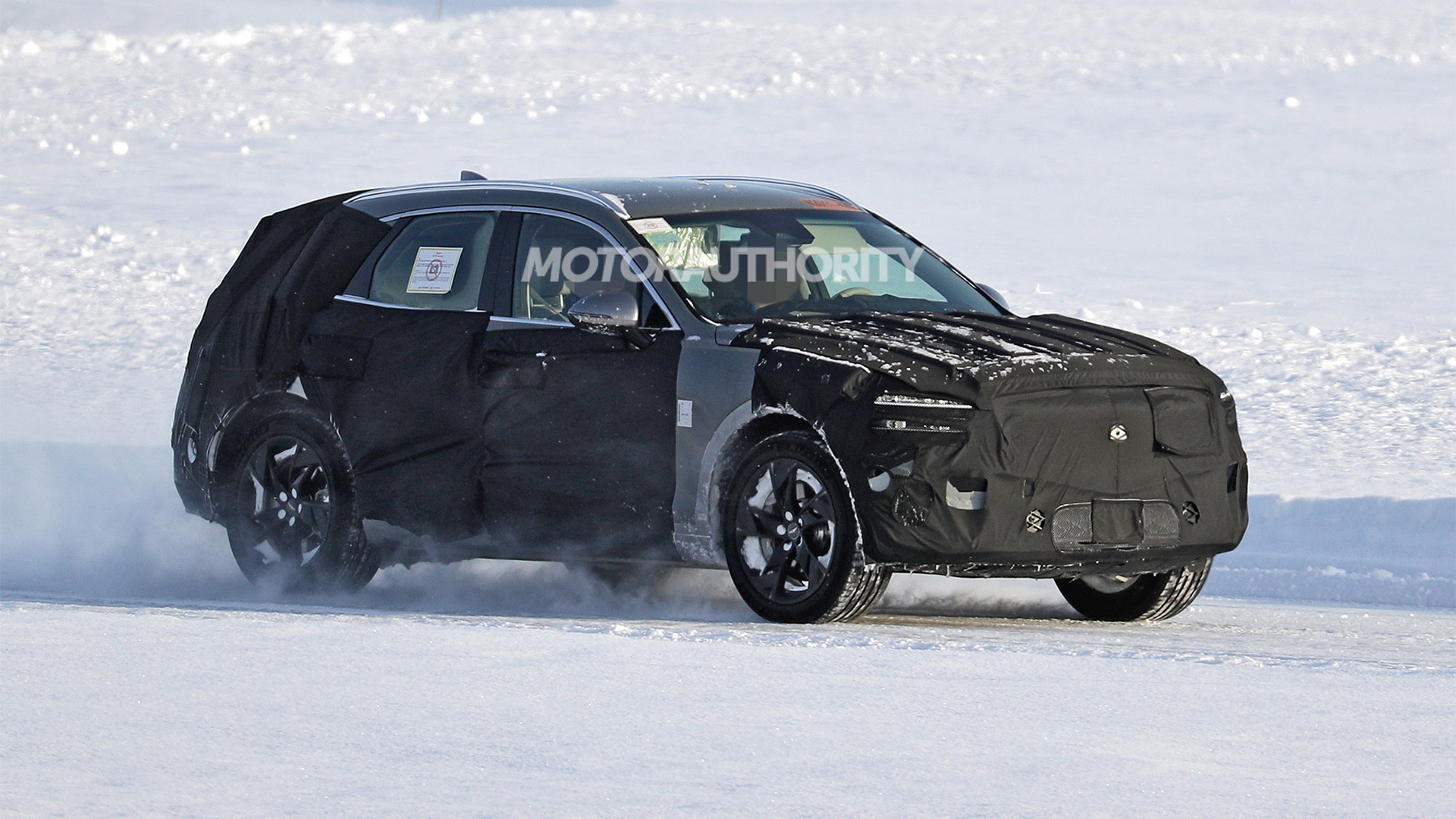 Genesis is close to revealing its first battery-electric vehicle, a compact crossover code-named the JW and possibly destined to be called a “GV60” or “eGV60.”

The GV70 is a small crossover that arrives at dealerships later this year as a 2022 model. It will go up against vehicles like the BMW X3 and Mercedes-Benz GLC-Class, while its electric variant will take on the likes of the Tesla Model Y, Jaguar I-Pace and Audi E-Tron.

We know the prototype is for an electric version of the GV70 because of the missing exhaust tips and the sealed-off grille. Trademark filings with the United States Patent and Trademark Office discovered in January suggest the electric GV70 could be badged an "eGV70."

It isn't clear what platform will underpin the vehicle. The likely bet is a modified version of the regular GV70's platform. Known as M3, the aluminum-intensive platform is exclusive to Genesis and is also found in the G80 and GV80.

As for its upcoming JW electric crossover, Genesis will use Hyundai Motor Group's E-GMP dedicated EV platform. The vehicle is a twin to the Hyundai Ioniq 5 revealed on Tuesday, and Kia is working on a similar model due for a reveal in March.

Recent reports out of Korea claim the electric GV70 will enter production in December. Those reports also point to an electric GV80 being developed.

Should the electric GV70 be approved for the United States, we'll likely see it arrive in 2022 as a 2023 model. As mentioned above, the regular GV70 arrives later this year. Two powertrains have been confirmed: a 2.5-liter turbocharged inline-4 and 3.5-liter twin-turbocharged V-6. They will deliver 300 and 375 hp, respectively.