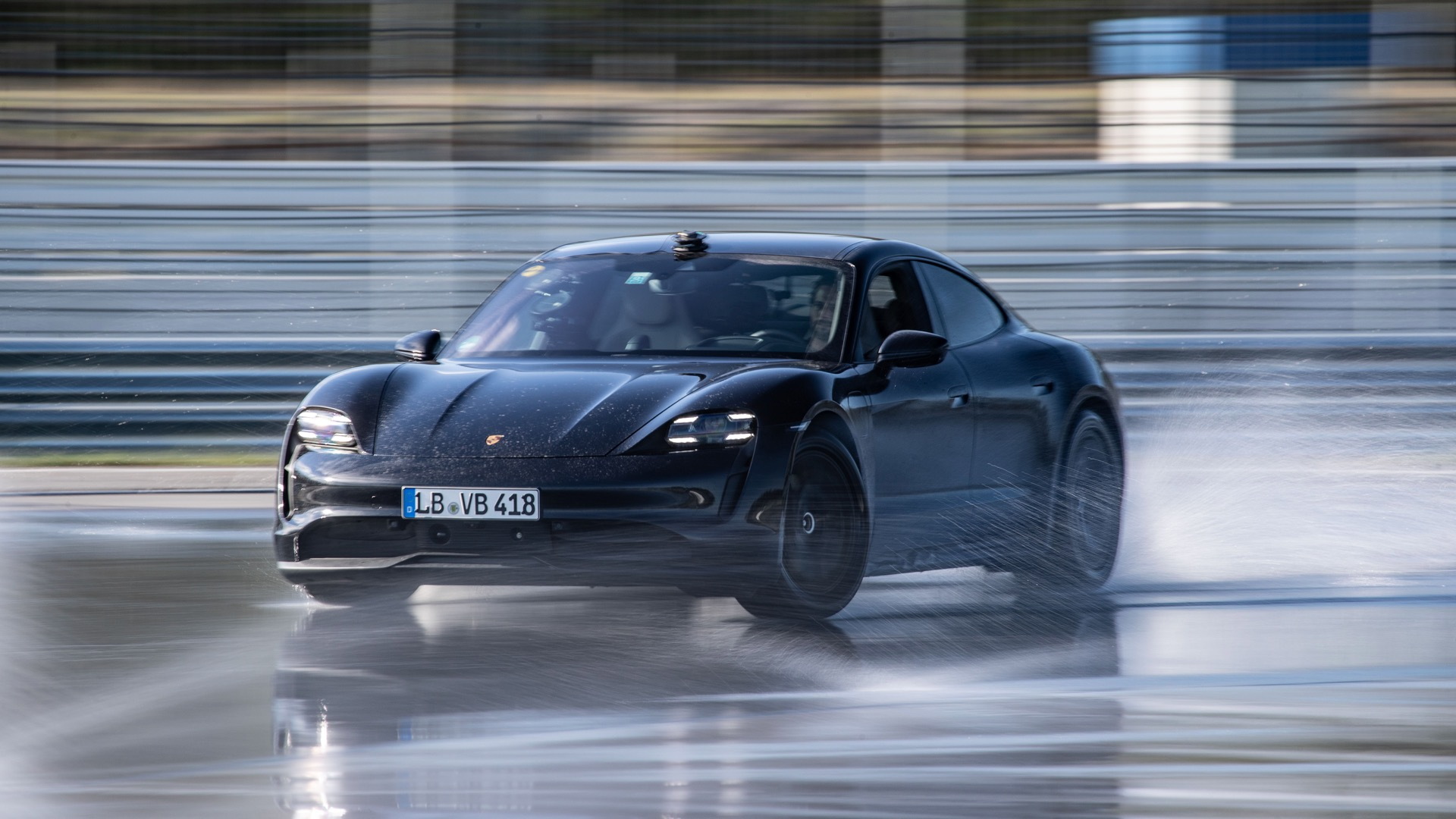 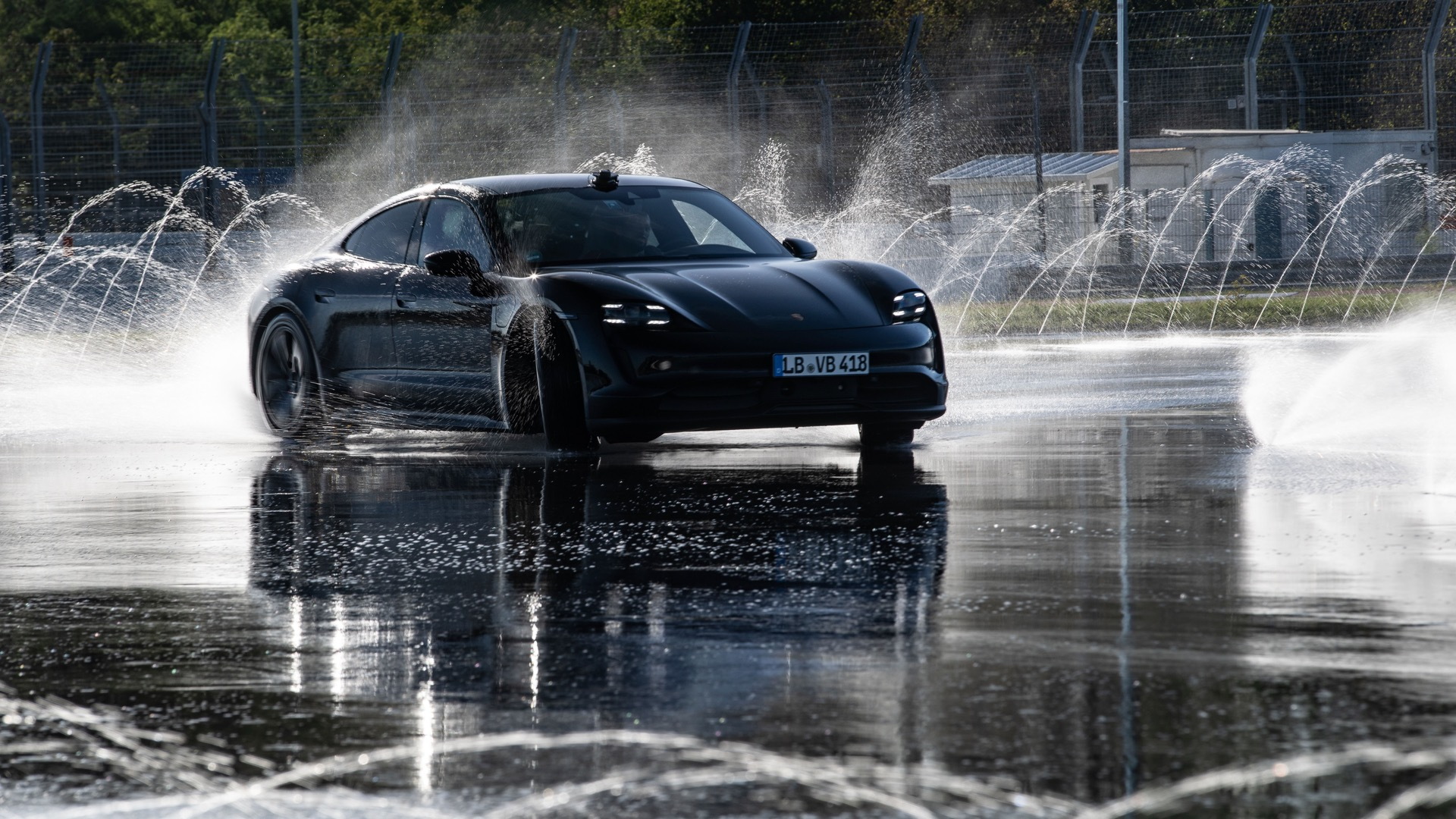 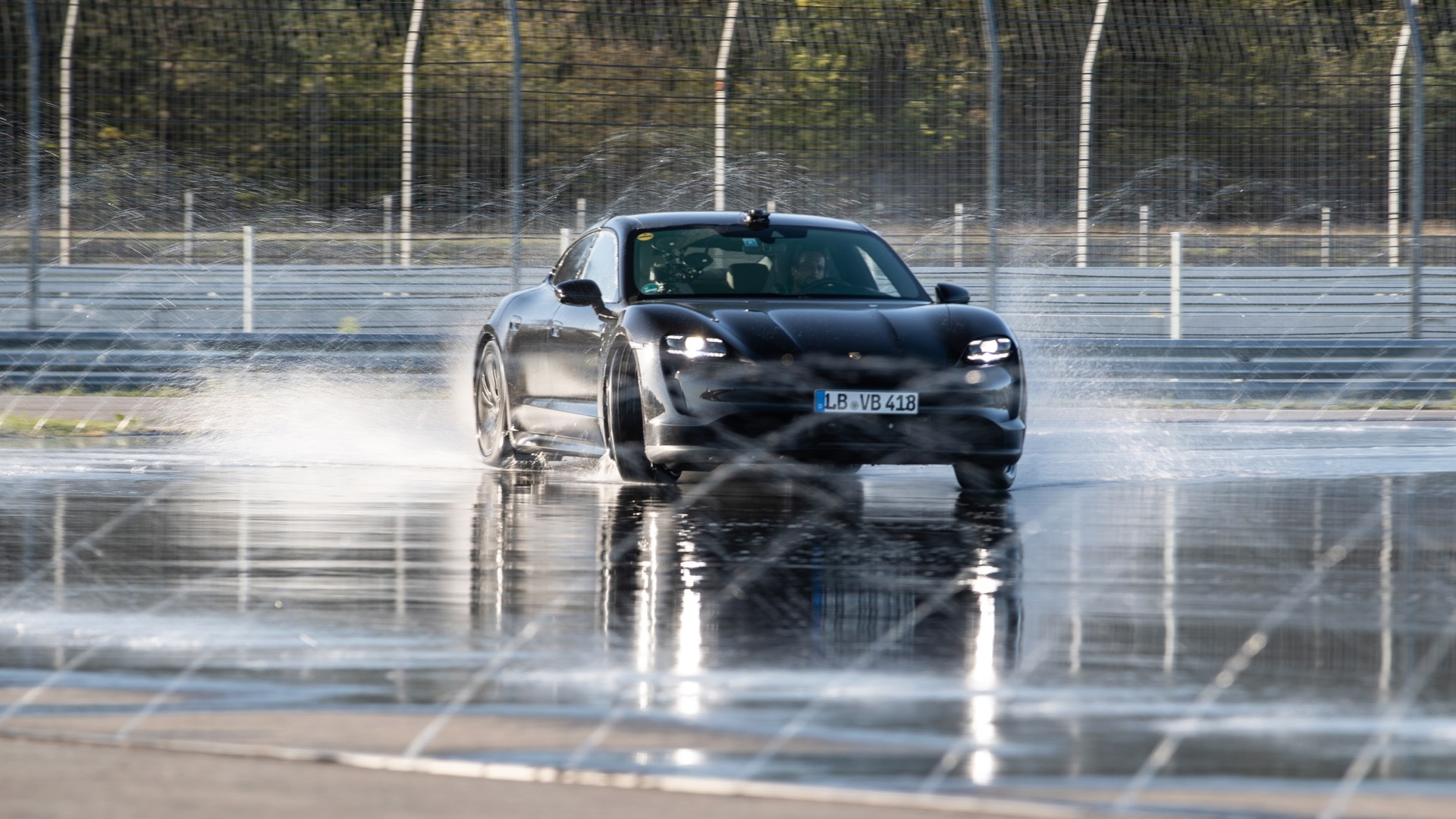 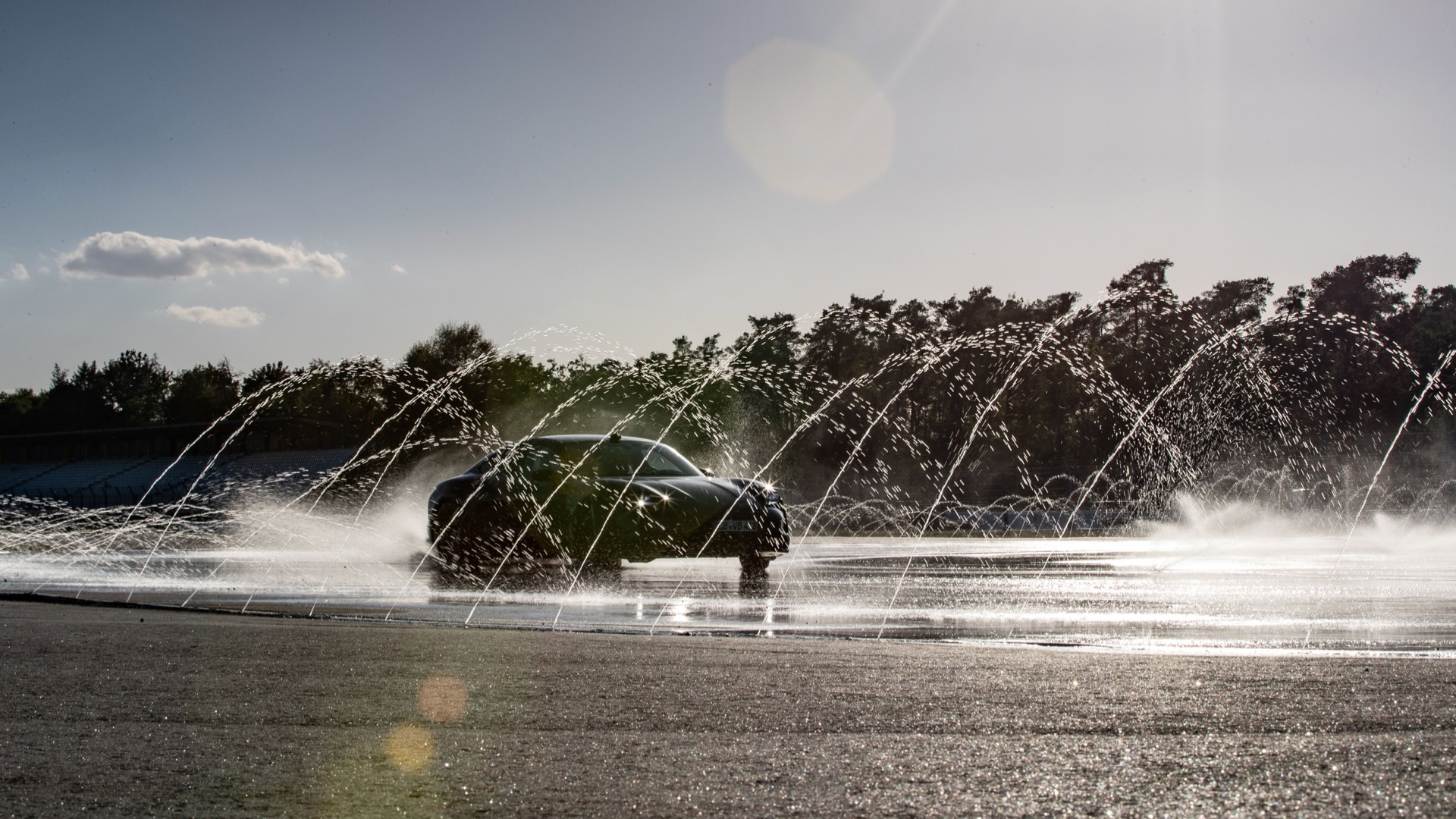 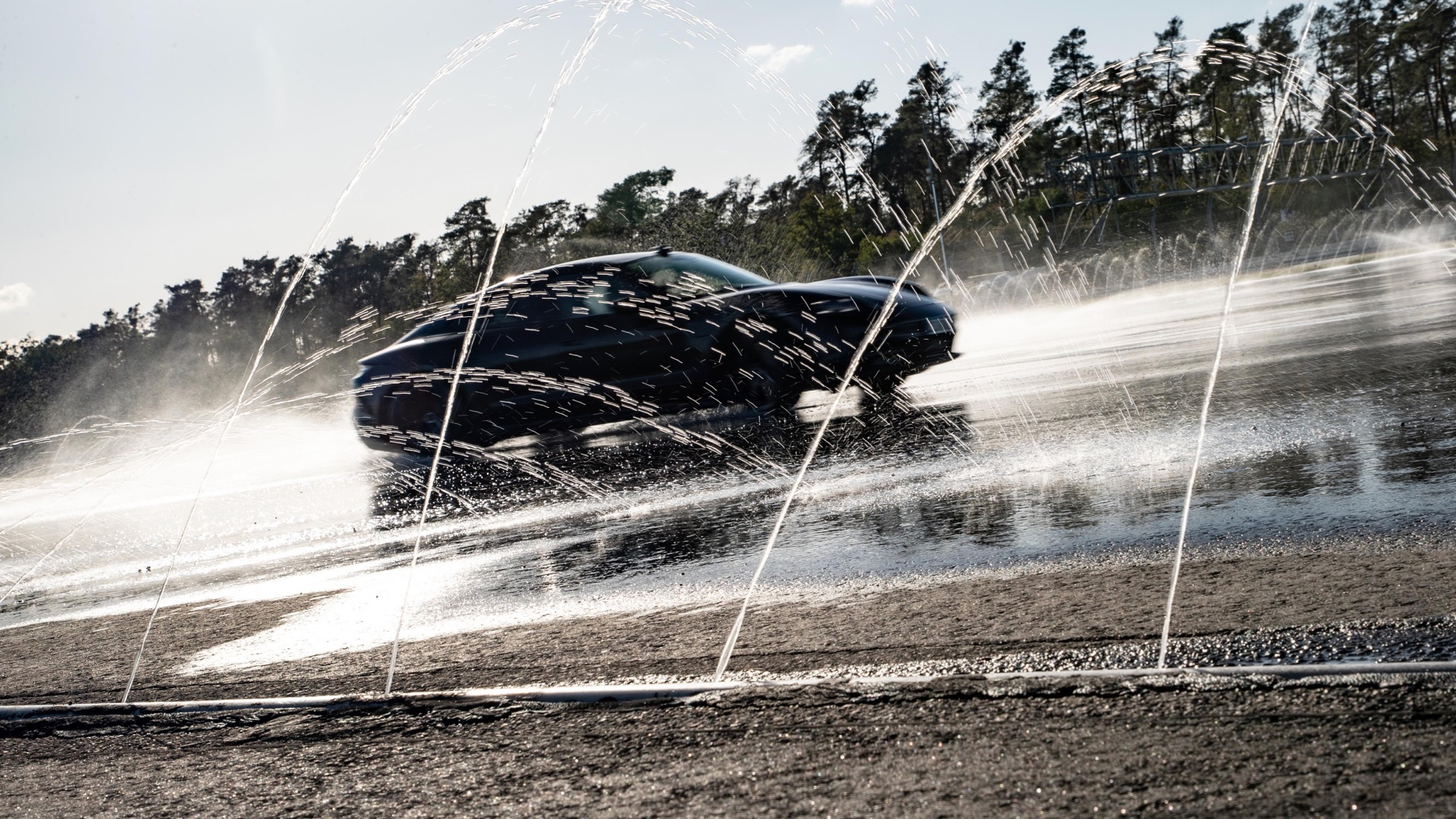 The Porsche Taycan has set Guinness World Record for longest drift by an electric vehicle, the automaker announced Tuesday.

Porsche driving instructor Dennis Retera did 210 laps of a 200-meter skidpad with the rear wheels spinning gloriously. Porsche press release said the front wheels never pointed in the same direction as the curve, but that's likely hyperbole as constant adjustments must be made while drifting, and Retera drove for 55 minutes to set the record, covering 26.2 miles, with an average speed of 28.5 mph.

The marathon record attempt was done at the Porsche Experience Center at Germany's Hockenheimring racetrack.

The attempt took place under the supervision of Guinness World Records judge Joanne Brent, Porsche noted. A local land surveyor was brought in to measure the skidpad, while GPS and yaw-rate sensors in the car, as well as a camera on track's control tower, were used for documentation. A Nissan GT-R camera car was used to film a video of the attempt, which is embedded above.

The attention to detail didn't stop there. Porsche brought in engineer and two-time European drifting champion Denise Ritzmann to independently certify that the car was in stock condition, and to observe the drift.

Porsche has been eager to prove the performance capabilities of the Taycan, which is its first production electric car. Prior to the Taycan's September 2019 reveal, Porsche released a video showing the car lapping Germany's Nürburgring Nordschleife in 7:42—a record for electric cars—and performing 26 consecutive 0-124-0 mph runs.

The Taycan isn't the overall drifting-endurance champ, though. In 2018, a BMW M5 set the Guinness World Record for world's longest drift at 232.5 miles, which required refueling the car mid-drift. Perhaps Porsche can devise a system of charging on the move to allow for a longer drift.