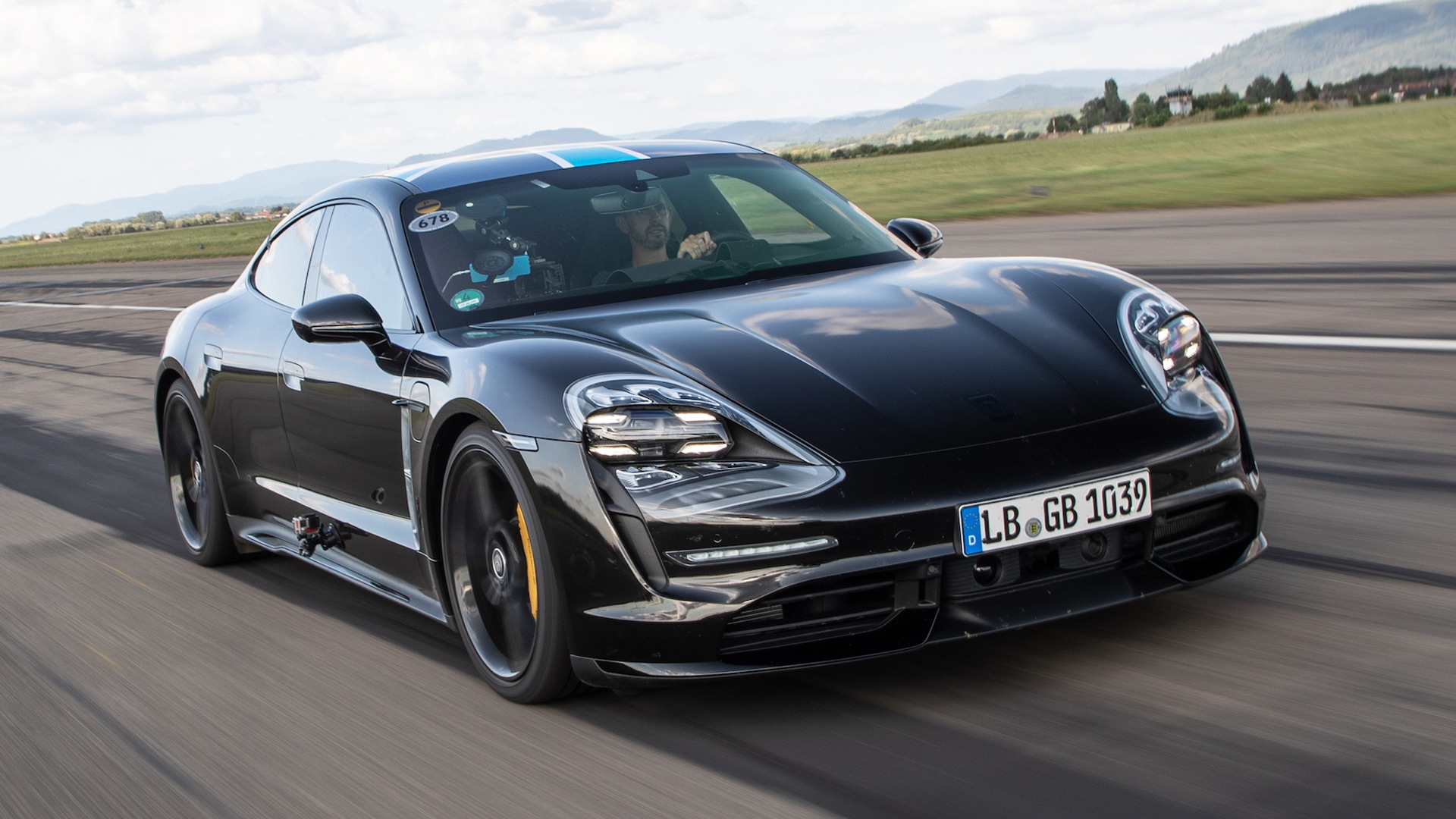 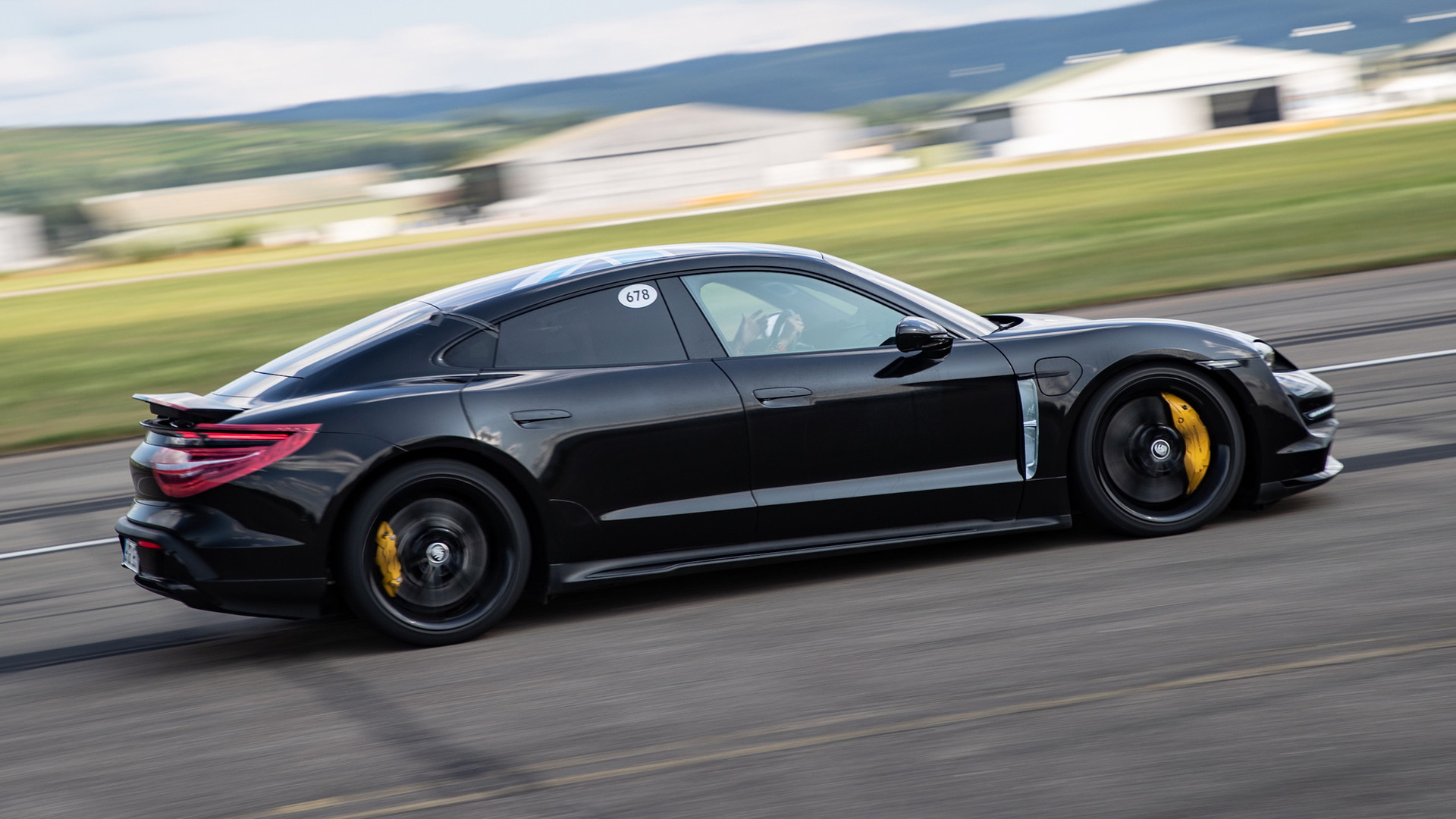 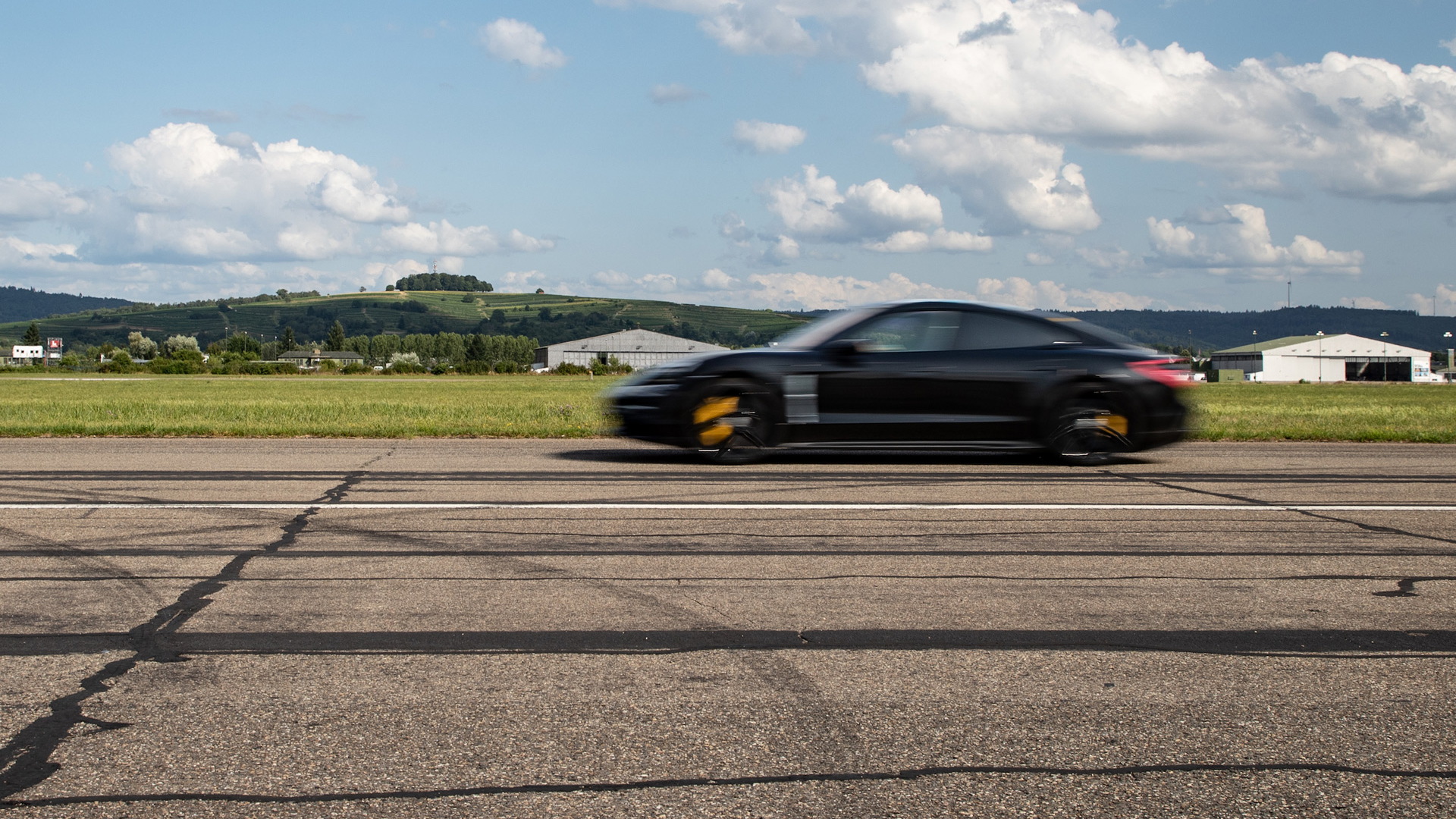 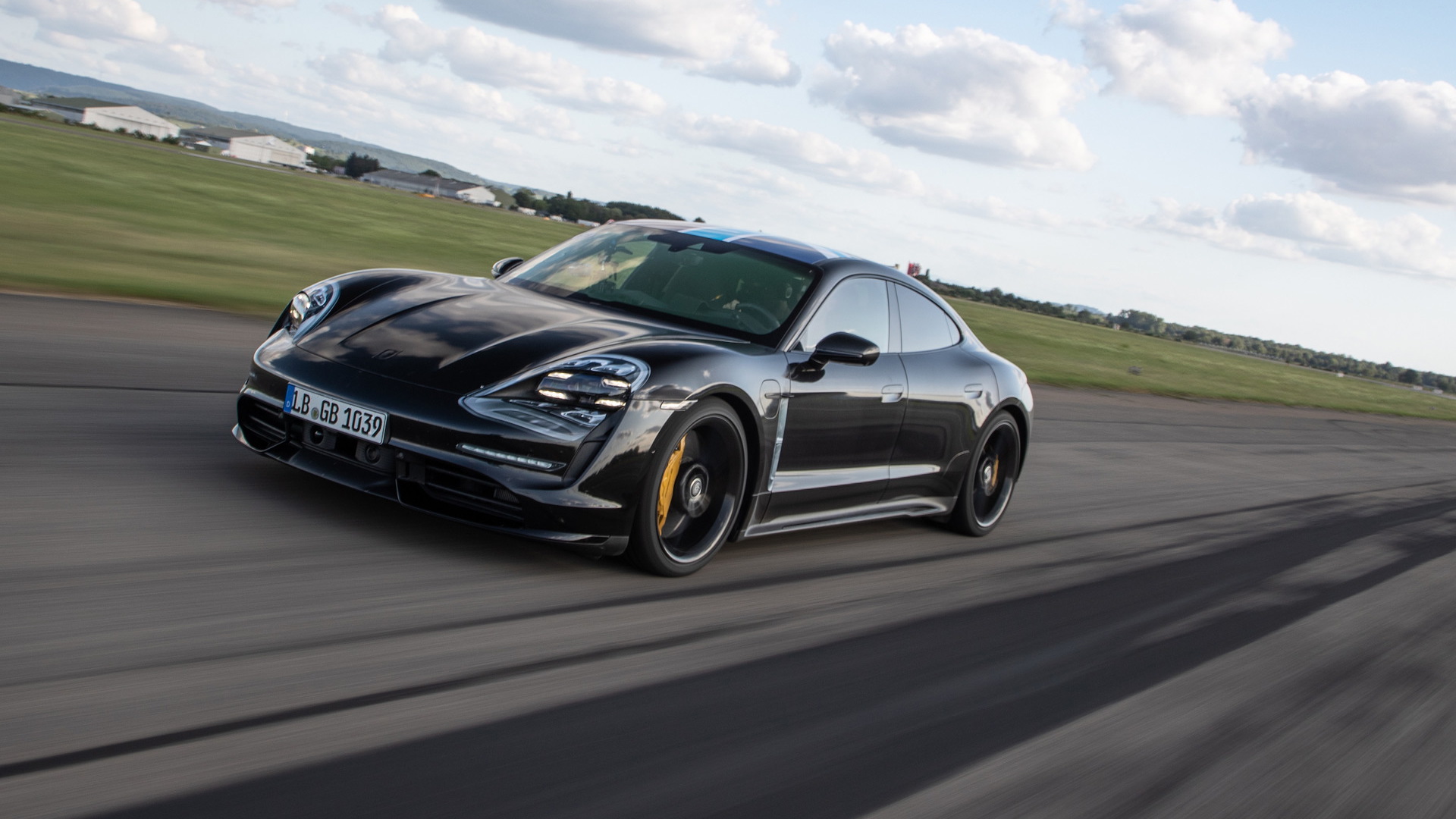 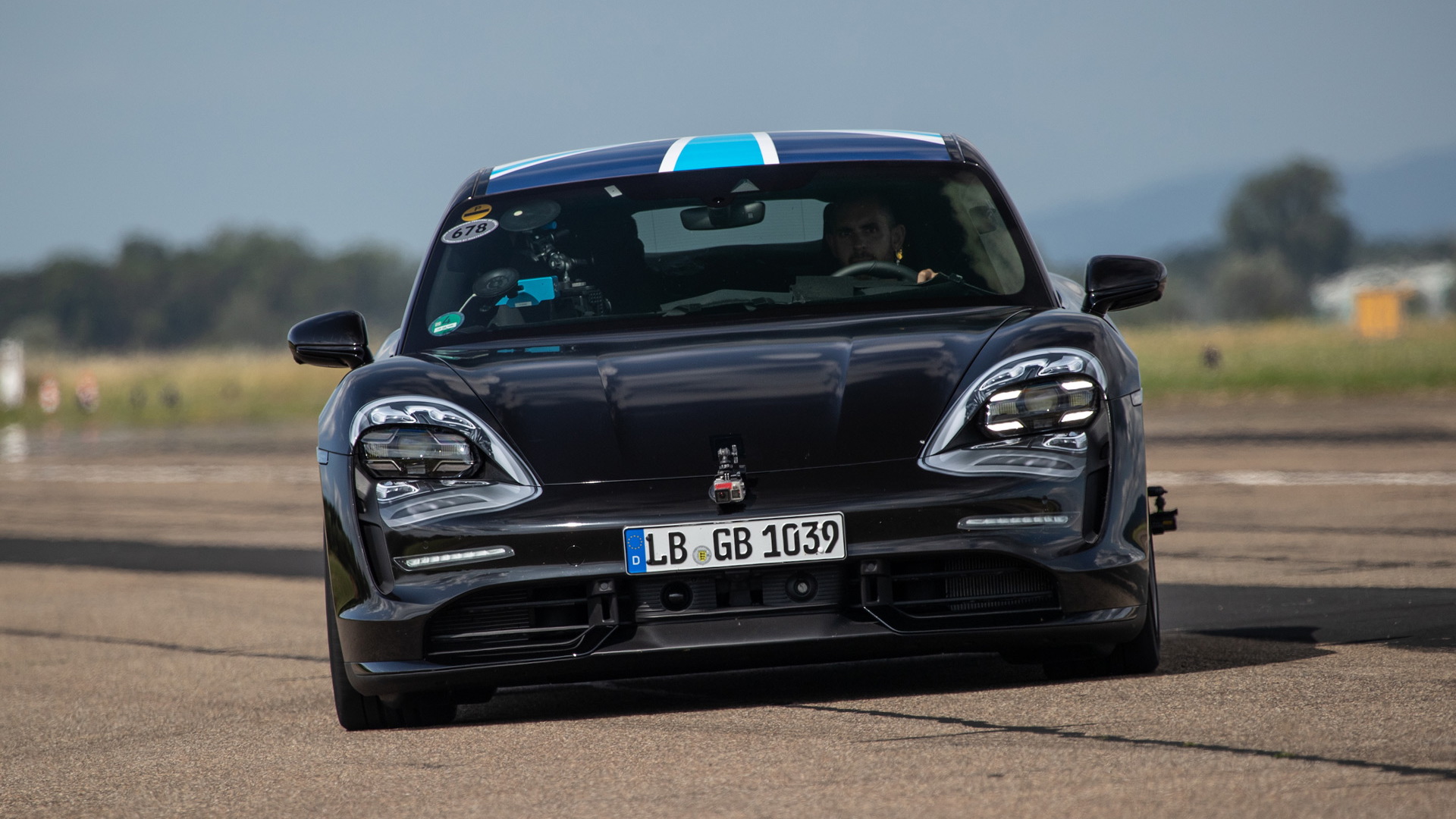 Driving at the limit for extended periods is still the bane for many electric cars, due to the battery either overheating or having its energy drained, or both. It's why you don't see any respectable lap times for electric cars, at least as far as production models are concerned.

It's something owners of the upcoming Porsche Taycan won't have to worry about, however. That's due to the German firm having developed the car to be capable of numerous hot laps at a circuit or runs down the drag strip.

As a demonstration of the car's capability, Porsche provided YouTube channel Fully Charged with access to a Taycan prototype in order to conduct some acceleration tests at the Lahr airport in southern Germany. During the tests, the prototype was driven from 0 to 124 mph back to 0 a total 26 times in succession. And these weren't slow runs. The average time was just under ten seconds, with the difference between the fastest and the slowest times just 0.8 seconds.

What makes this possible, primarily, is the heat management concepts that have gone into the design. Two features in particular standout: the motor design and battery cooling system. The motor is a permanent magnet synchronous type, the same used in Porsche's Nürburgring-destroying 919 Evo. The type of motor is compact and offers both high performance and efficiency. It also offers excellent thermal behaviour, according to Porsche.

The other star of the show is the cooling system. Temperature sensors detect the cooling requirements in real time, while software ensures that the cooling water is immediately directed to the right spots. If the driver floors it, the cooling kicks into high gear as well, ensuring constant power. This is especially important for the lithium-ion battery, whose ideal operating temperature is between 68 and 104 degrees F.

We should note that the prototype used is representative of the range-topping Taycan, which could be badged a Turbo and cost more than $130,000. There will be two Taycans positioned below it, likely corresponding to the base and S designations used by Porsche's other models.

The range-topping Taycan will feature an electric motor at each axle for a combined 600 horsepower, or enough to see it hit 60 mph in about 3.0 seconds and top out at 155 mph. The 800-volt battery will have a capacity of around 90 kilowatt-hours, which should be enough for a range approaching 300 miles—at street-legal speeds, mind you.

Porsche plans to reveal the Taycan in September, most likely at that month's Frankfurt International Motor Show. Sales will commence by the end of the year, though Porsche has already racked up around 30,000 orders. In other words, the wait on a Taycan is going to be a long one if you haven't placed an order already.