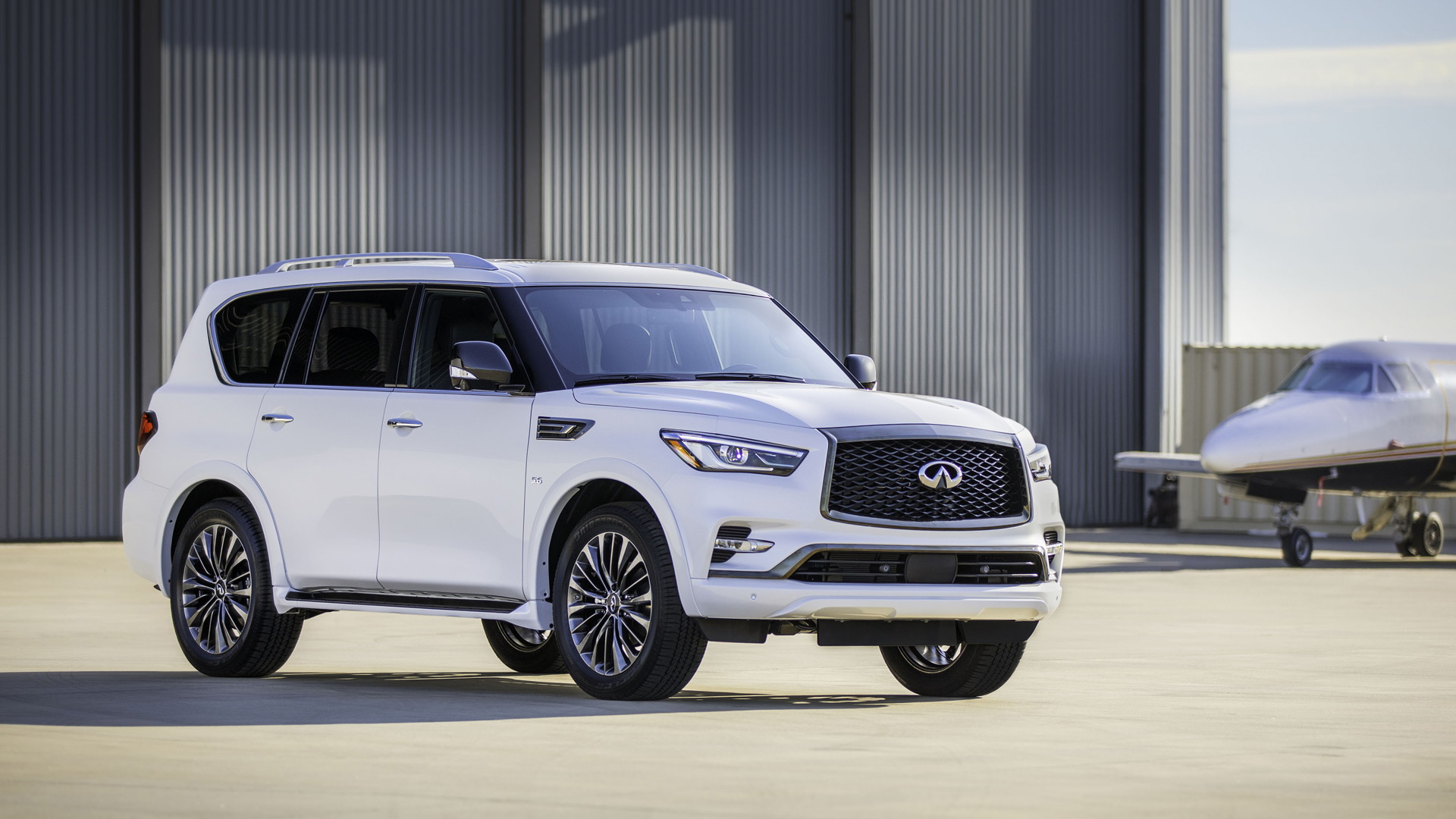 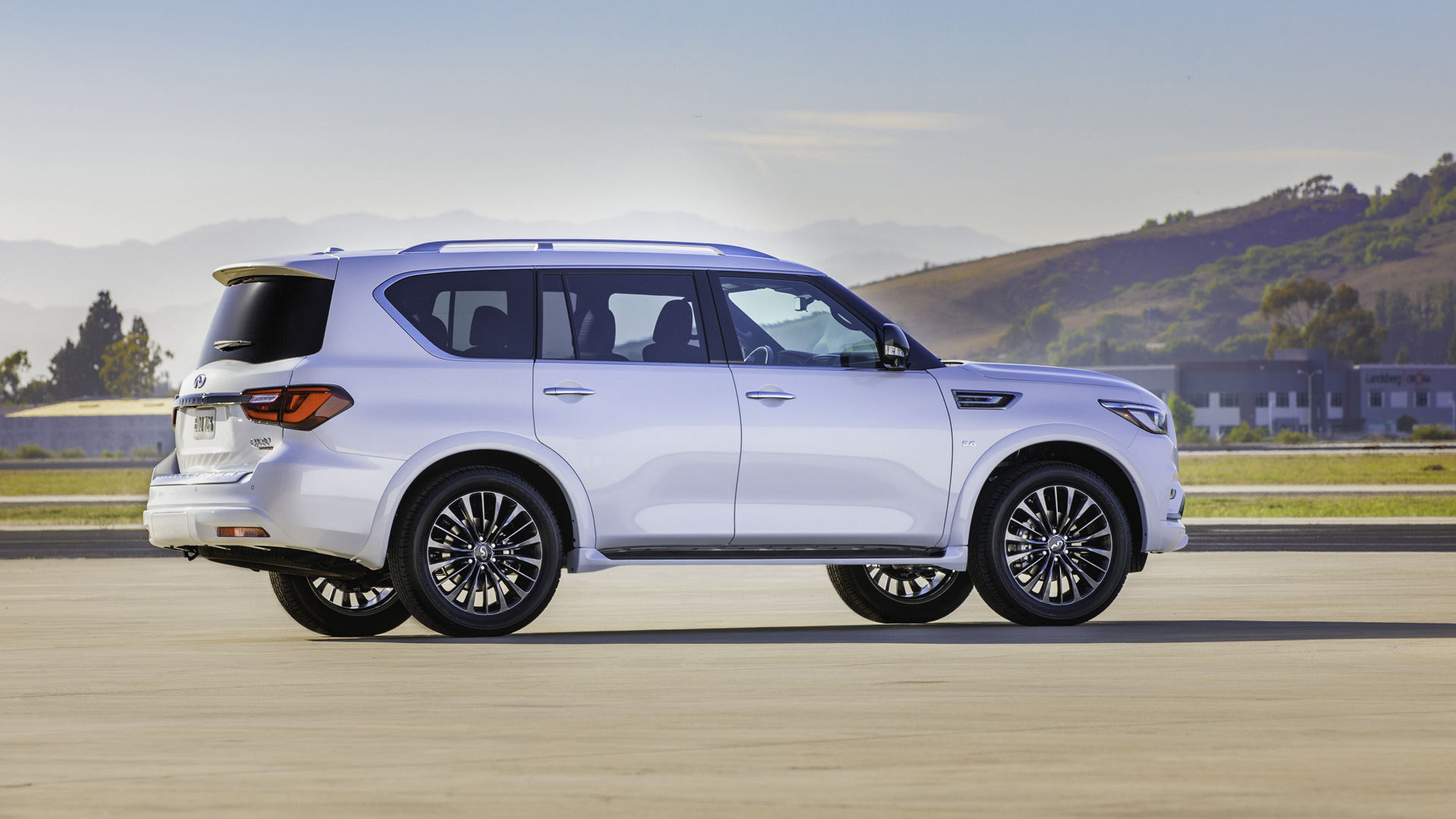 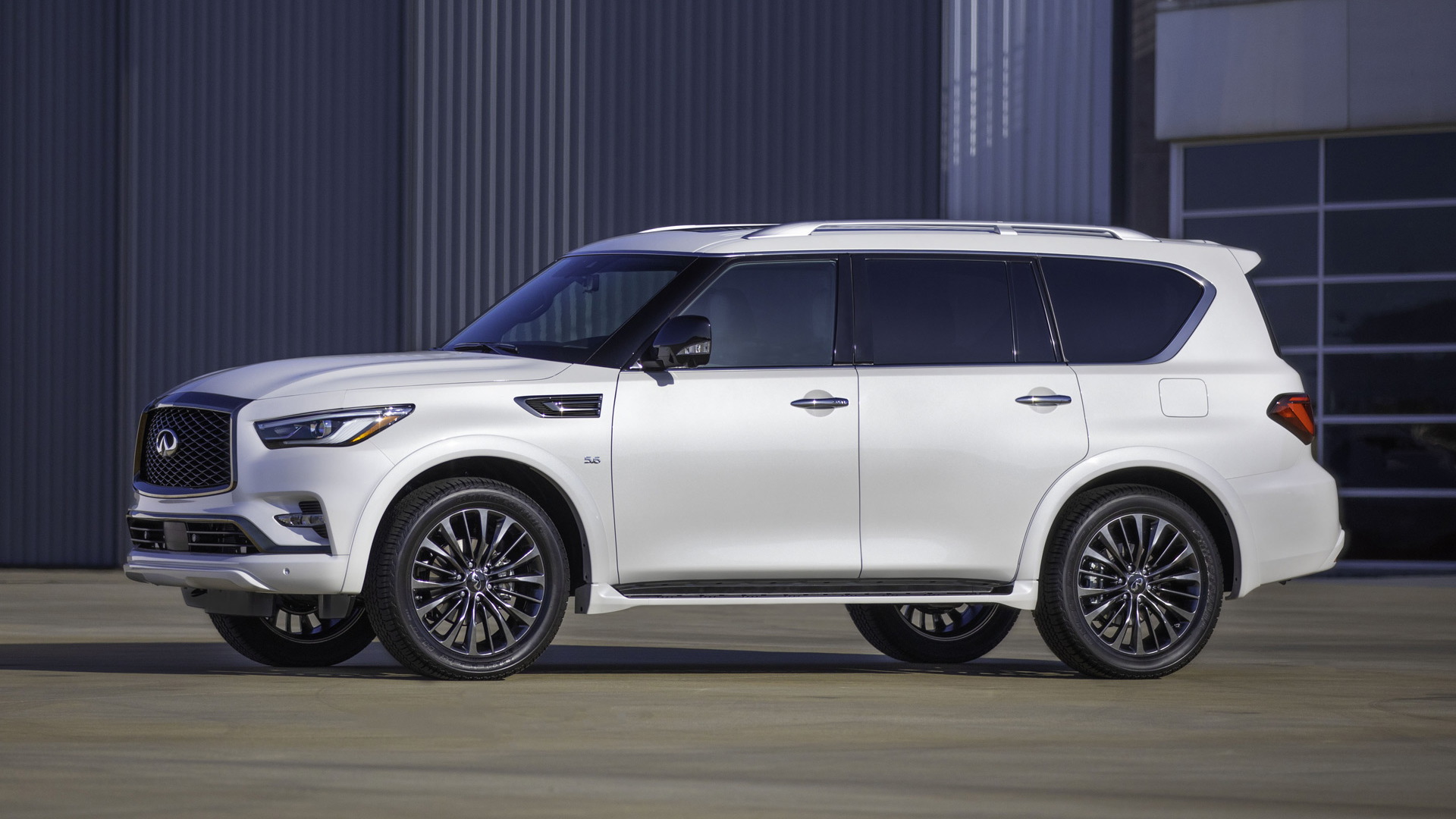 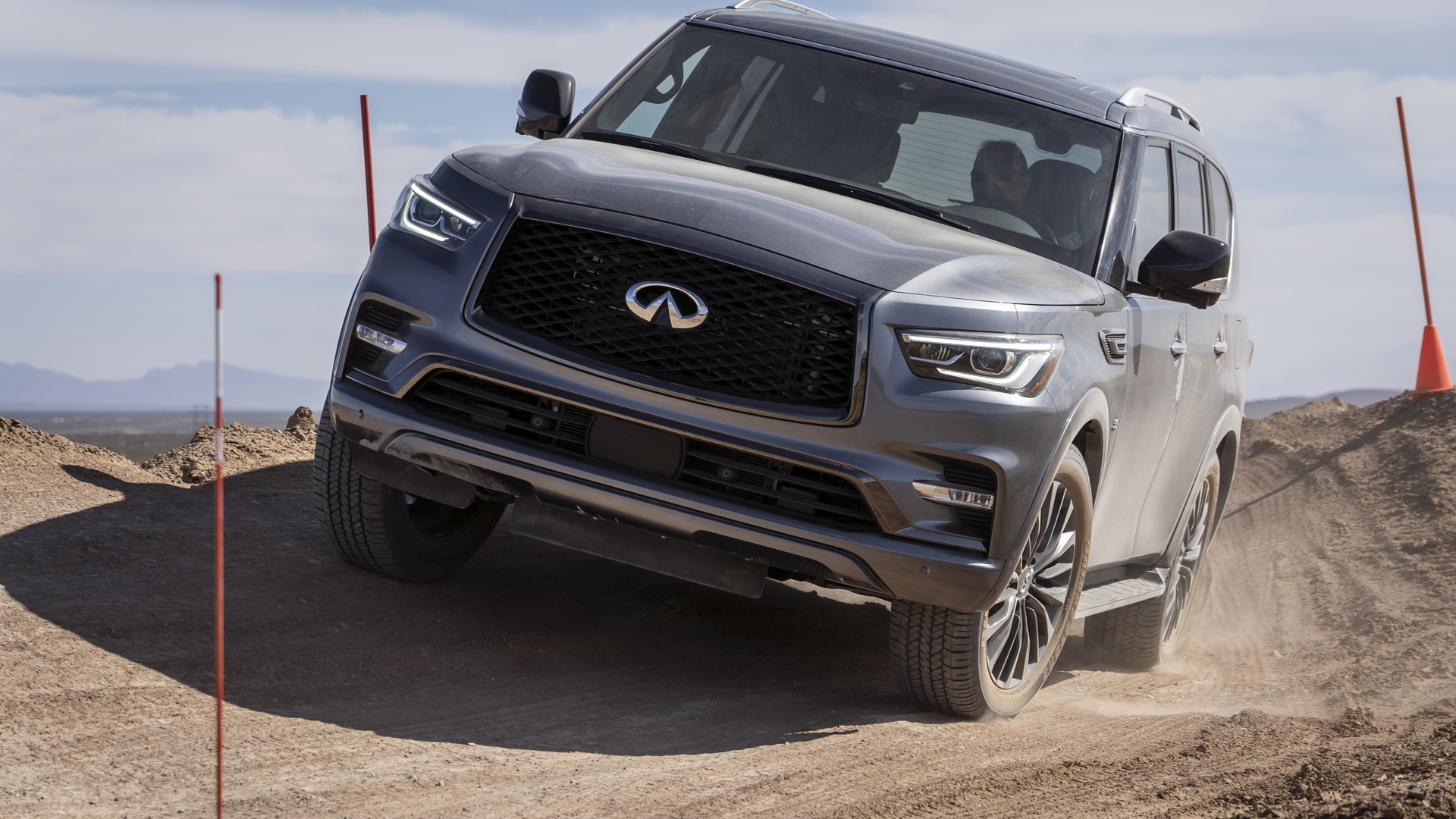 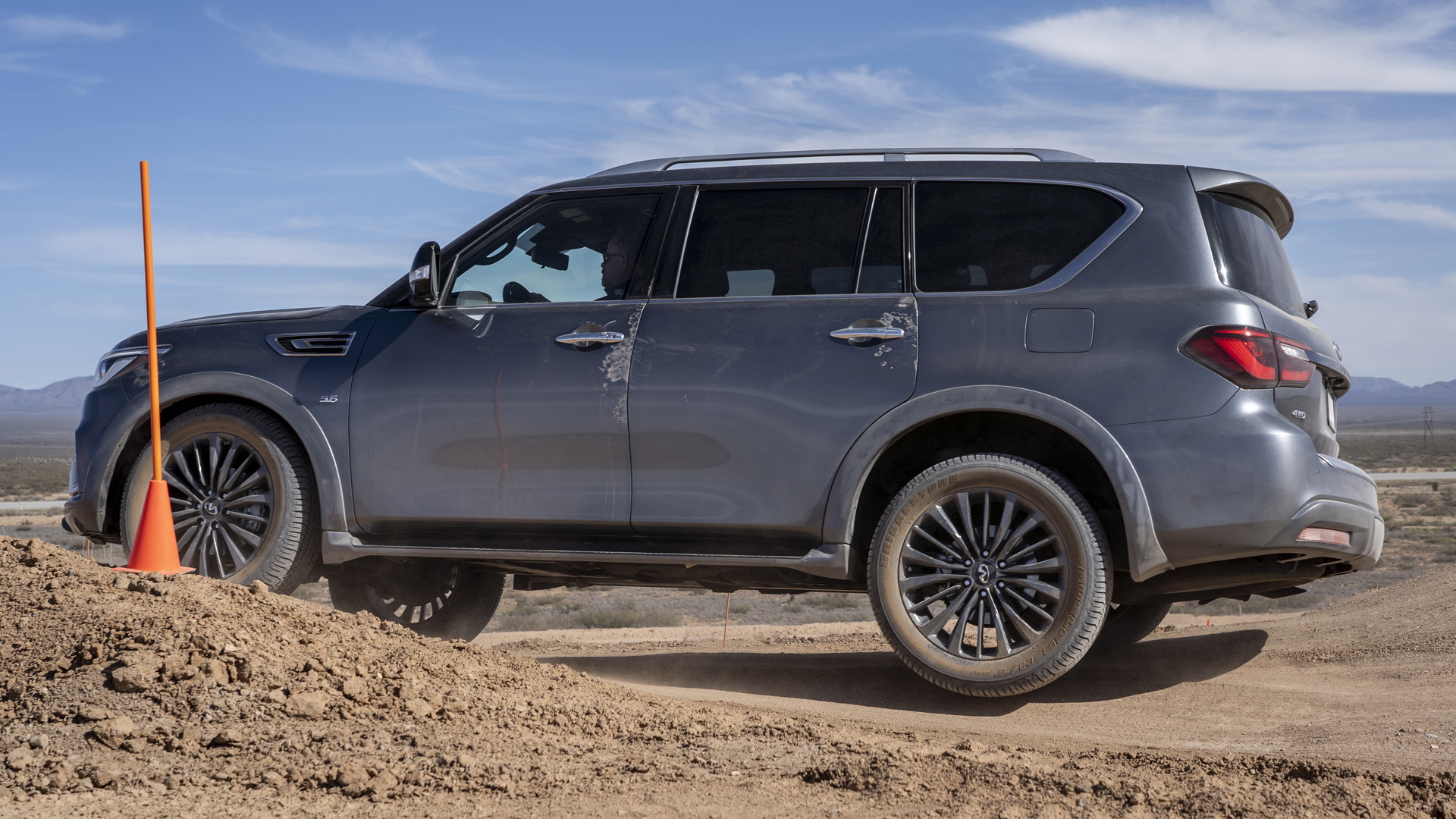 The Infiniti QX80 was given a major update for 2018 and while the interior was made much more plush to better reflect the vehicle's premium price tag, for some odd reason Infiniti's designers decided to skip the dash. The center stack is lined in cheap-feeling buttons and painted plastic trim and the infotainment system is operated by a tiny screen that looks odd in a vehicle with such a cavernous cabin.

Infiniti goes some way toward fixing the issue with the arrival of the 2020 QX80 which boasts a new center stack and console dominated by a dual-screen display system. The instrument cluster, while still analog, also features a big 7.0-inch display. Handy features like Apple CarPlay, Android Auto and an assortment of electronic driver-assist features are also included as standard.

Also included on the 2020 QX80 is the availability of the Edition 30 Package which Infiniti announced last year to celebrate the brand's 30th anniversary. On the QX80, the package includes 22-inch wheels with a dark finish, dark chrome accents around the exterior, and a unique graphite finish for the headliner, sunvisors, sun shade and pillars within the cabin. There are also illuminated stainless steel treadplates.

With the interior finally updated hopefully Infiniti will now do something about the QX80's powertrain. The sole option remains a 5.6-liter V-8 delivering 400 horsepower and 413 pound-feet of torque. It's the same mill the QX80's predecessor, the QX56, had when it was launched all the way back in 2004.

Production of the QX80 is handled alongside the vehicle's Nissan Armada twin at a plant in Kyushu, Japan. Pricing is yet to be announced but for reference the 2019 model started at a little over $65,000. Note, the Armada is expected to receive its own update soon as the version sold overseas, known as the Patrol, has already received a makeover.