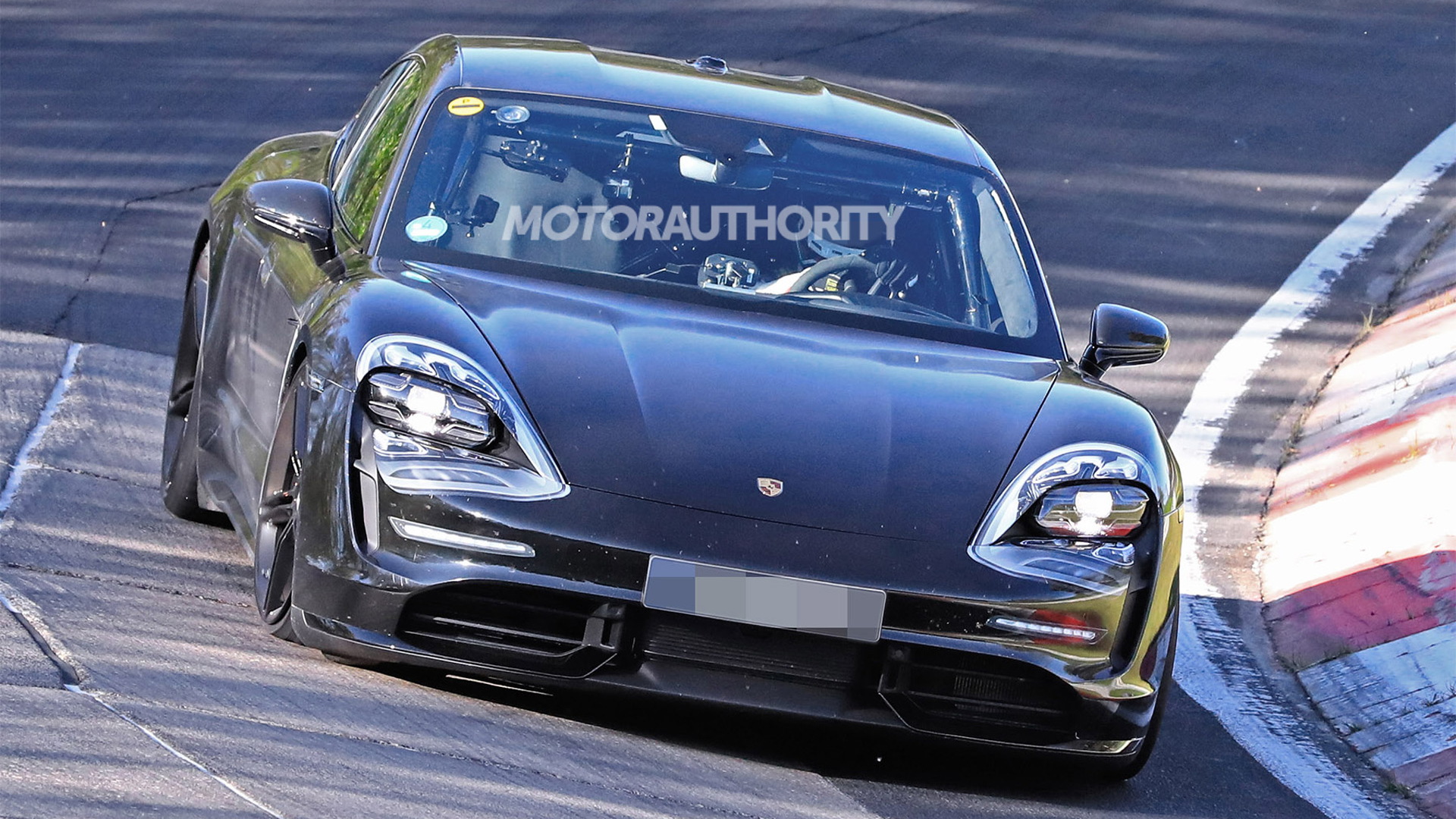 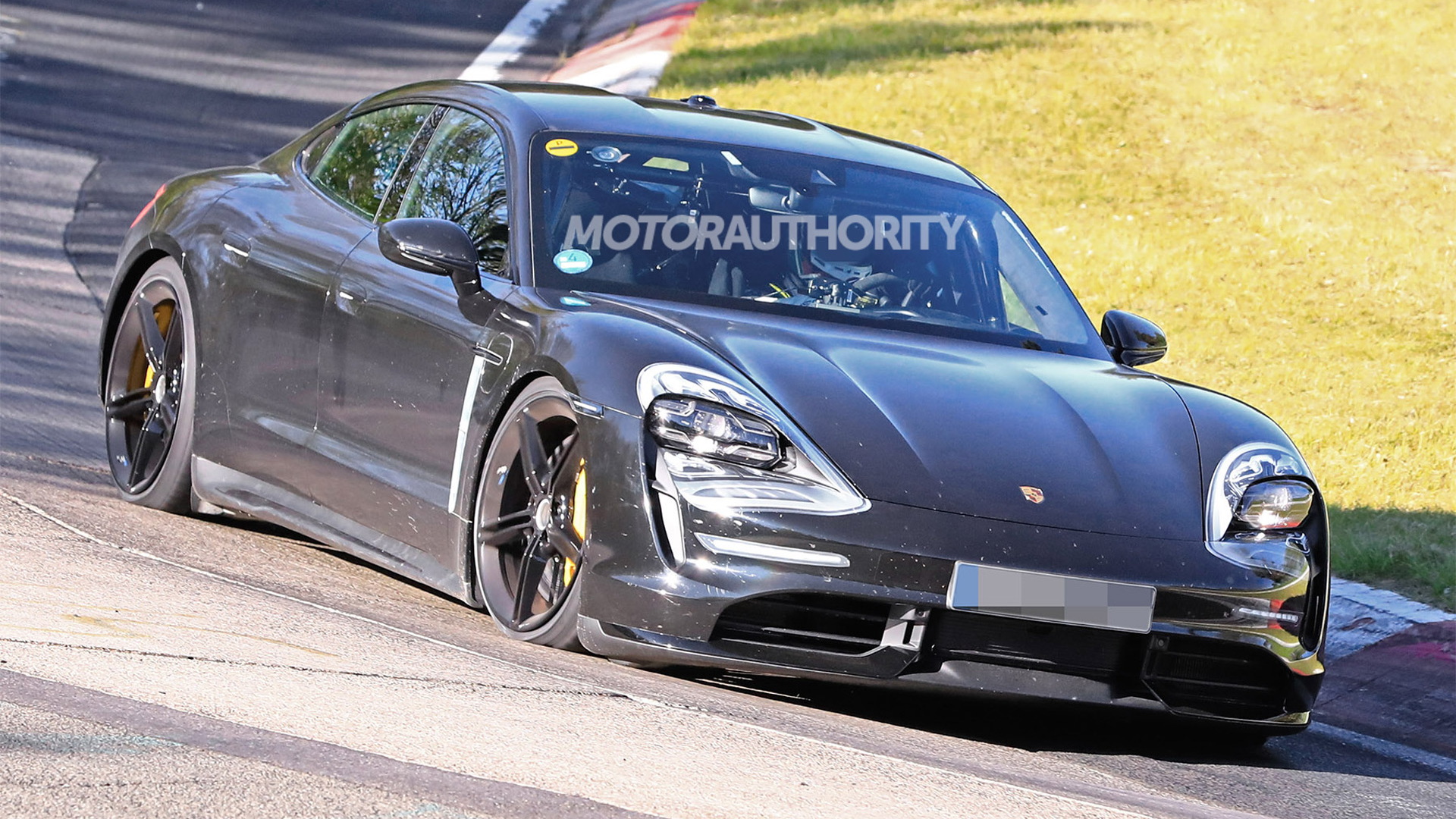 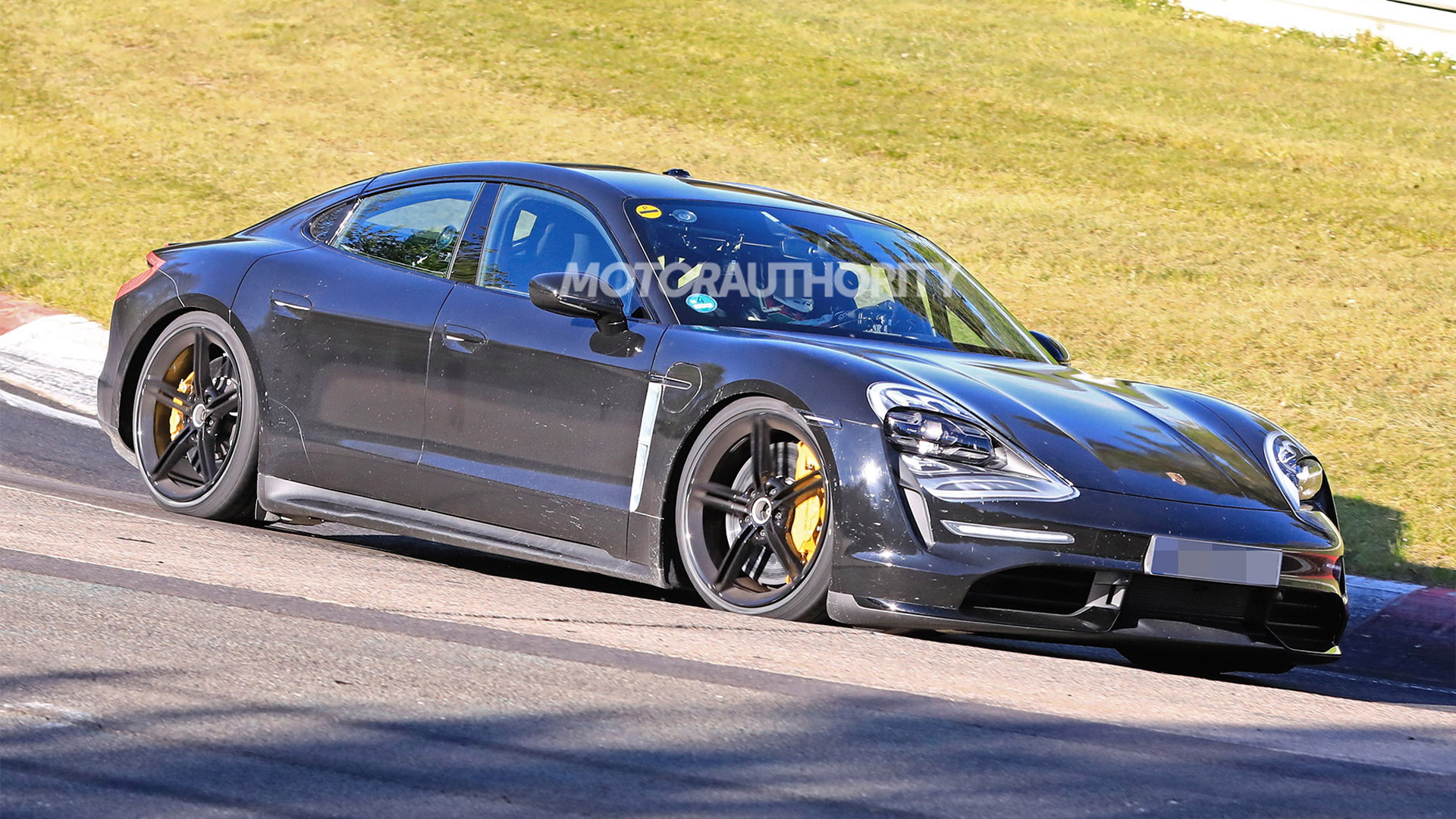 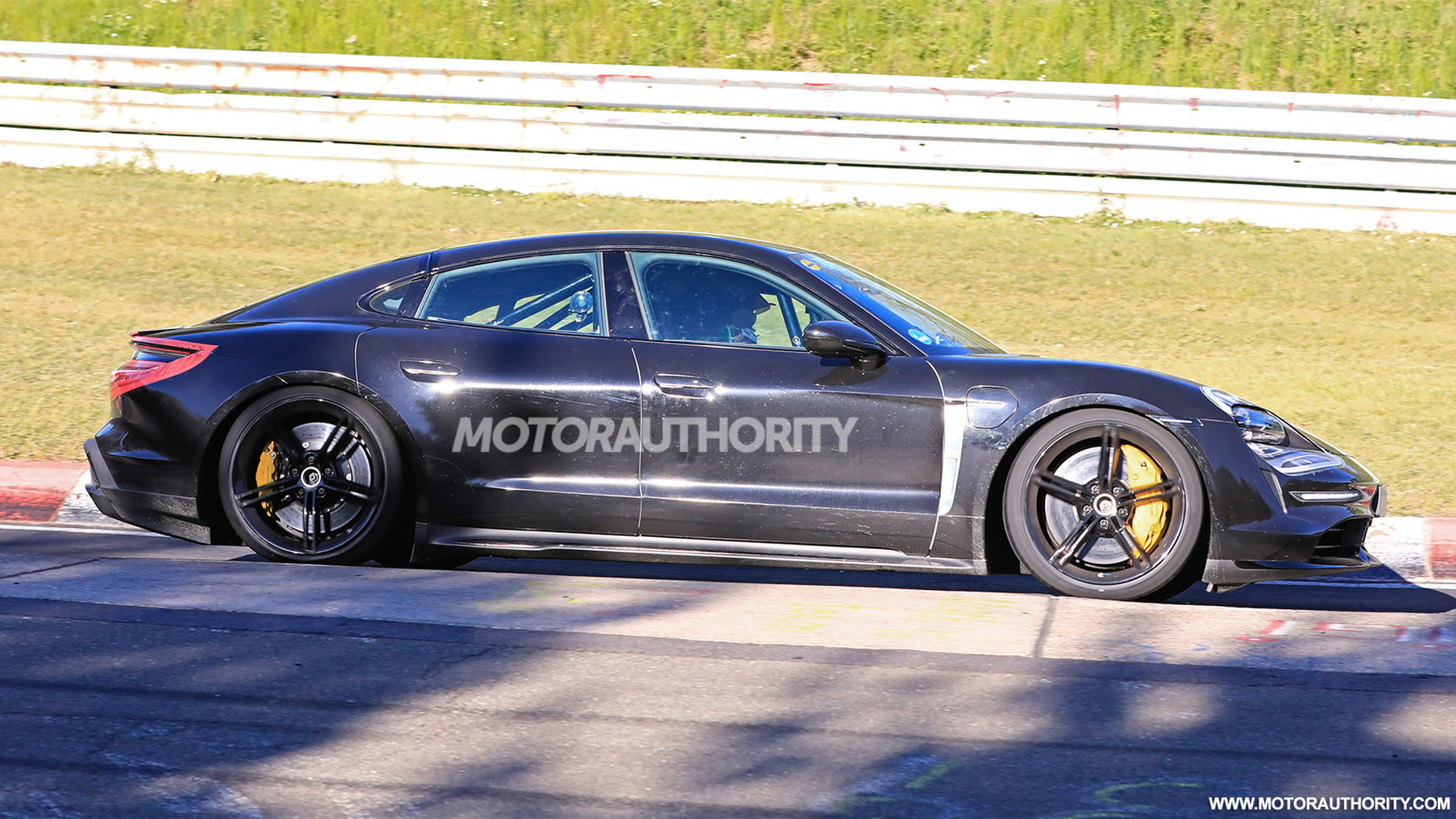 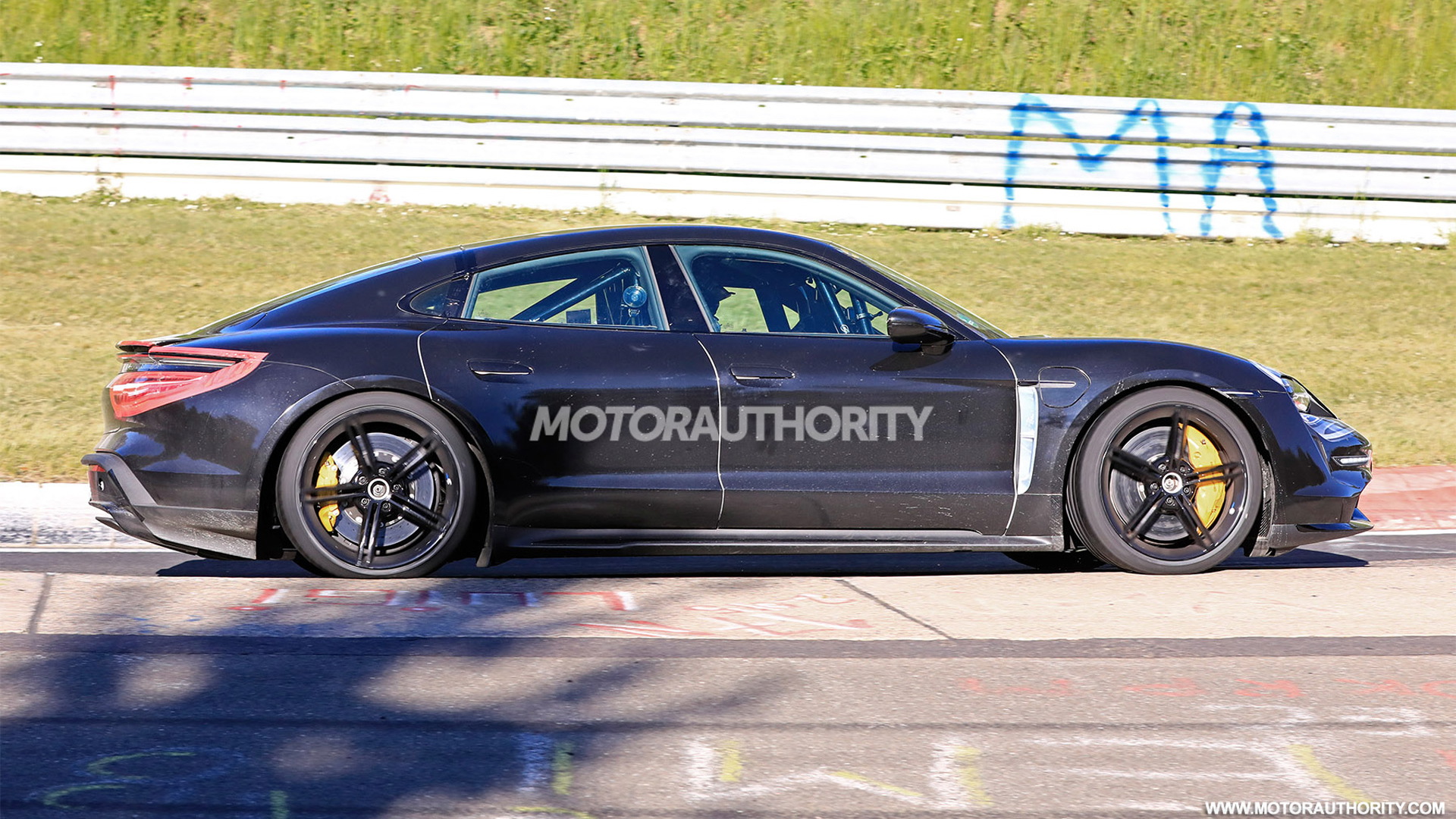 The car is a small fastback sedan with an electric powertrain, and now its development is almost complete. A reveal is expected in September at the 2019 Frankfurt International Motor Show, meaning we'll likely see the car arrive in showrooms as a 2020 model.

Judging from the latest spy shots, we can see that the design is very close to the concept we first saw at the 2015 Frankfurt auto show. From the elegant front to the fastback roof to the 911-esque rear and square-shaped headlights, Porsche’s electric sedan is hard to fault at any angle.

Spy shots via Taycan Forum users pkr1991 and TaycanTaycan show a production-looking interior appears to be modeled off the Mission E Cross Turismo concept shown at the 2018 Geneva International Motor Show.The gauge cluster seems to be a fully digital setup of four round gauge modules while the center console appears to have touch sensitive buttons and a digital screen mounted in front of the front passenger.

Talk of Porsche adding a second sedan to its lineup has been making the rounds since 2011. We’re talking about the oft-rumored Pajun, whose nickname, a portmanteau of “Panamera” and “junior,” was chosen due to the car’s expected smaller size than the Panamera. With the second-generation Panamera having grown in length to almost 199 inches, there’s certainly room in the lineup for a smaller, more design-oriented sedan. Enter the Taycan.

Underpinning the Taycan is a Porsche-developed platform code-named the J1. The dedicated electric car platform is a separate design to the C-BEV developed by Audi for its e-tron electric SUV. It’s also separate to the smaller MEB platform developed by Volkswagen for compact electric cars.

As for the performance, here too the Mission E concept points the way. The show car featured separate motors for the front and rear wheels which delivered a combined 600 horsepower along with torque vectoring on an individual wheel basis. This was enough for 0-62 mph acceleration in 3.5 seconds and 0-124 mph acceleration in less than 12 seconds. The show car's battery was also said to deliver more than 300 miles on a single charge.

Porsche likely will show off the range-topping Taycan in September with 600 horsepower and 300 miles of range estimated. We expect other variants to follow the brand's typical variant hierarchy of S and Turbo models—the latter a somewhat goofy choice for a car that does not feature any internal-combustion engine. Also in the works is a wagon body style previewed by the Mission E Cross Turismo concept.