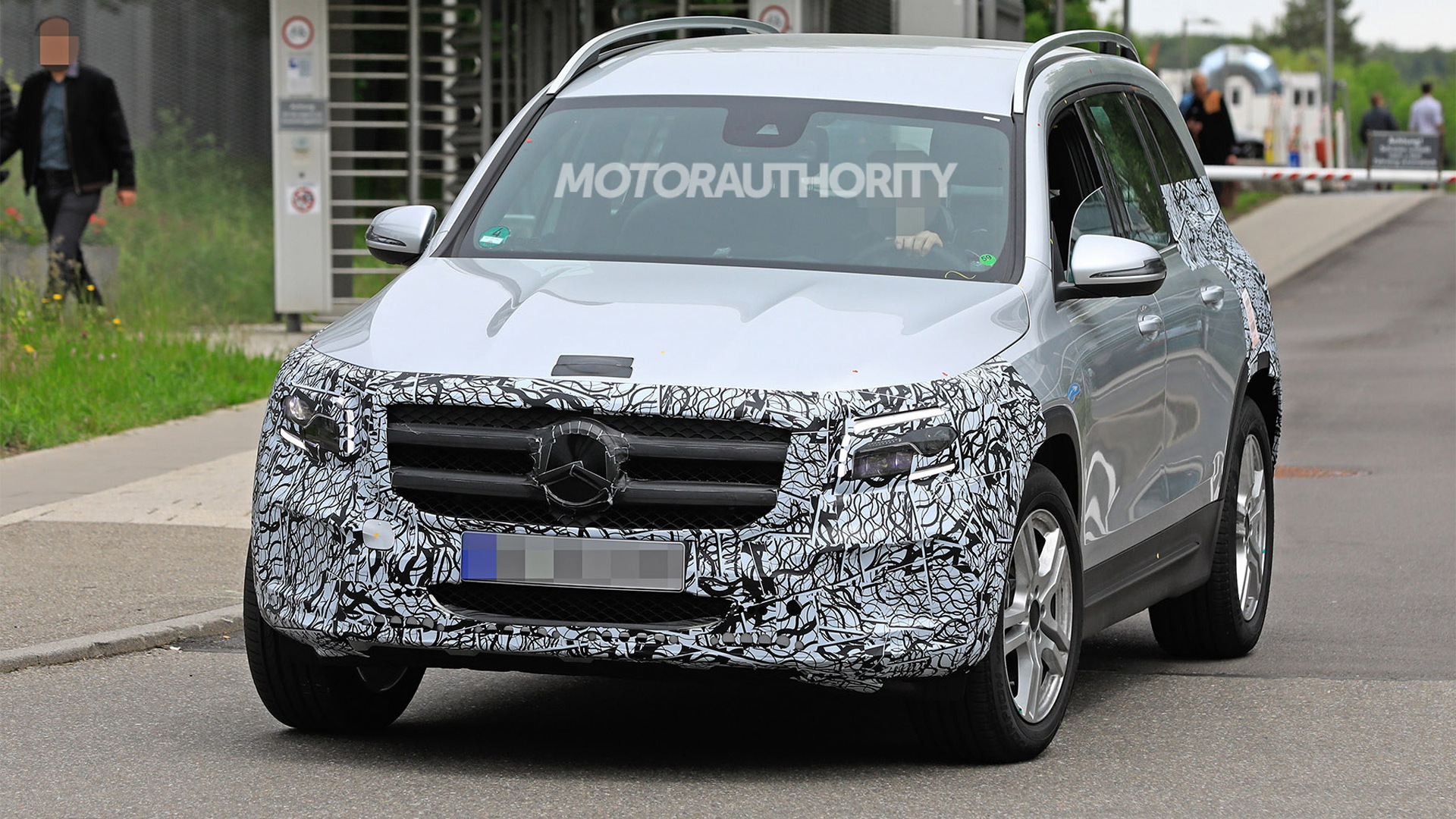 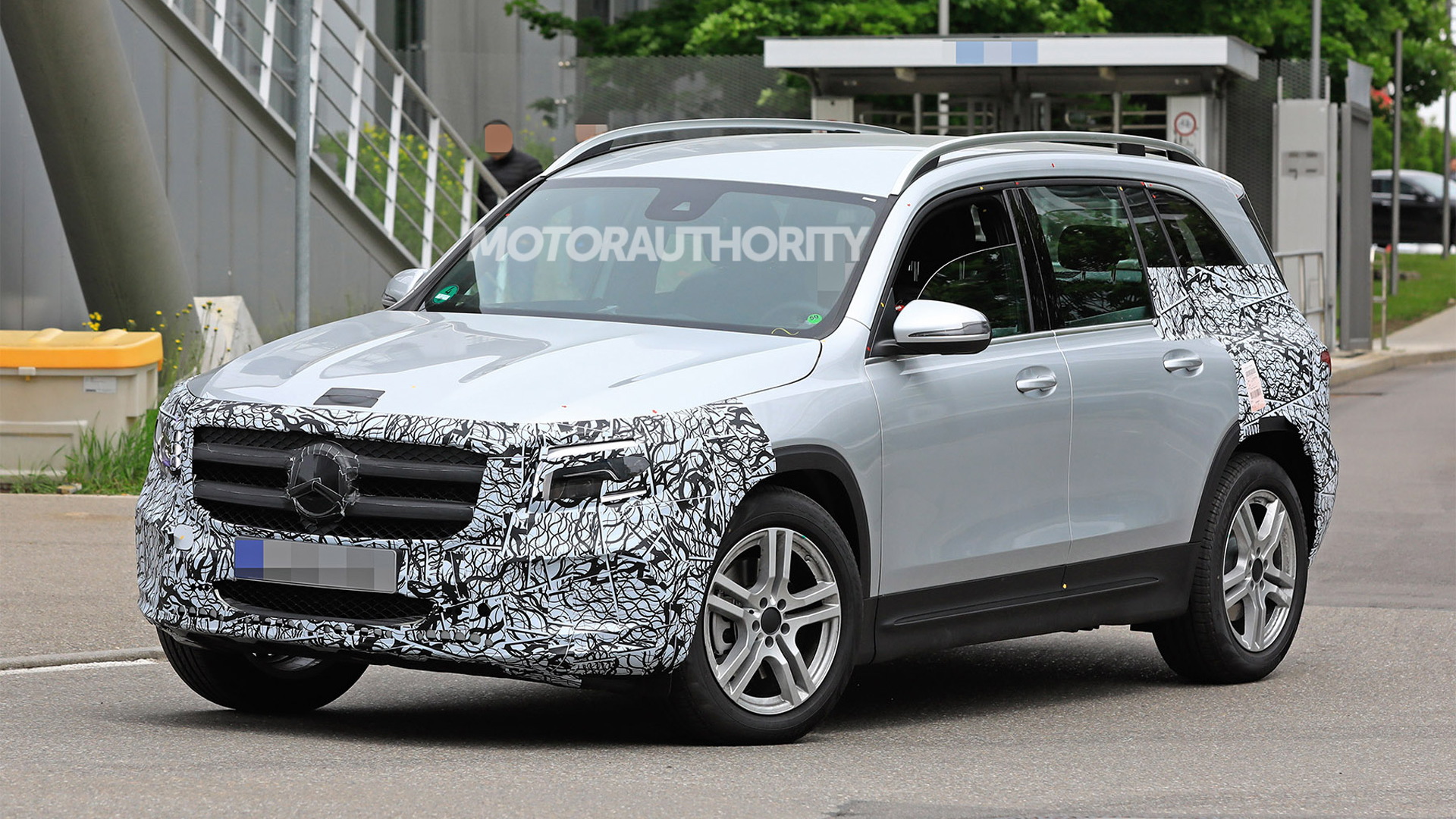 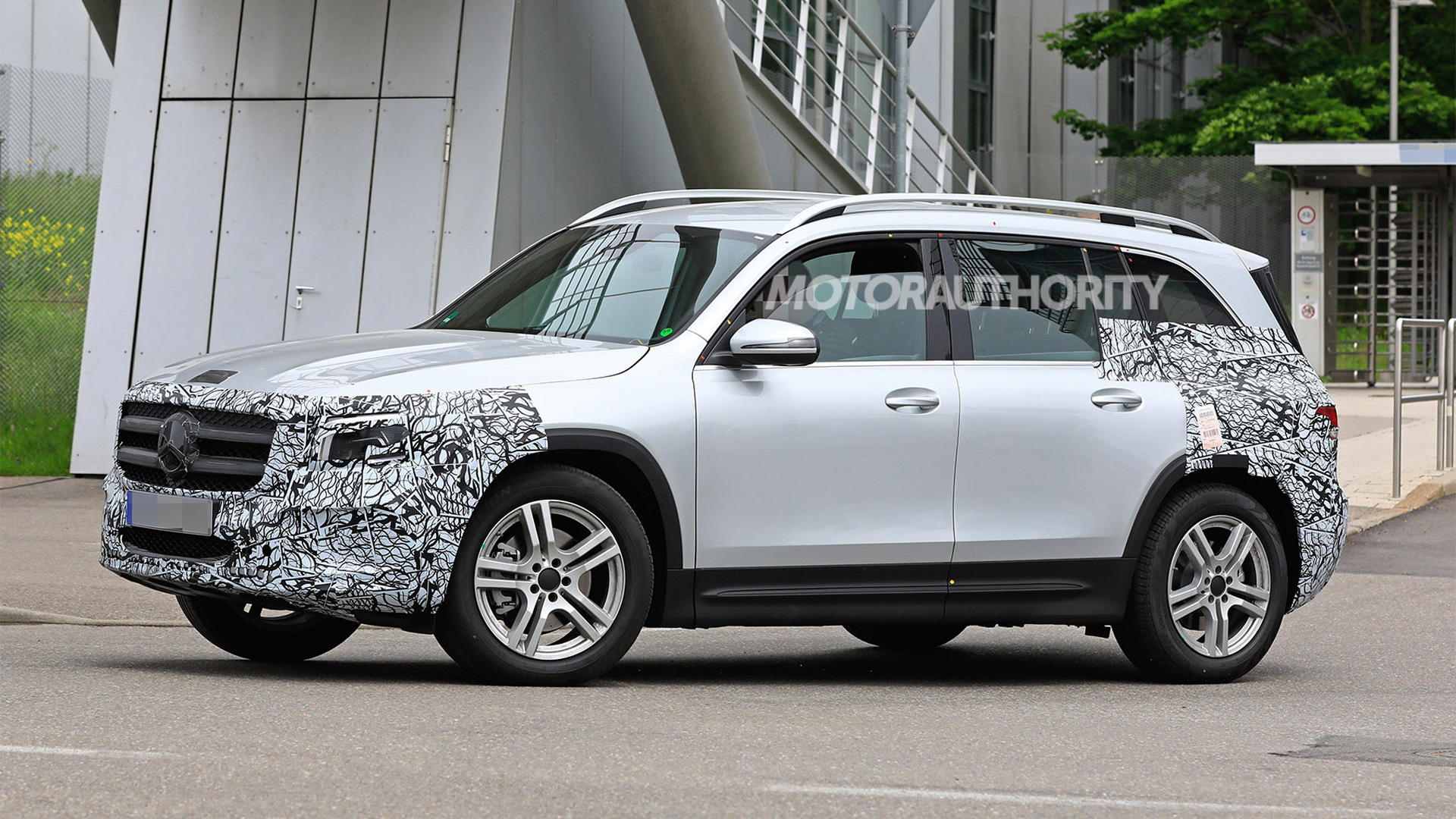 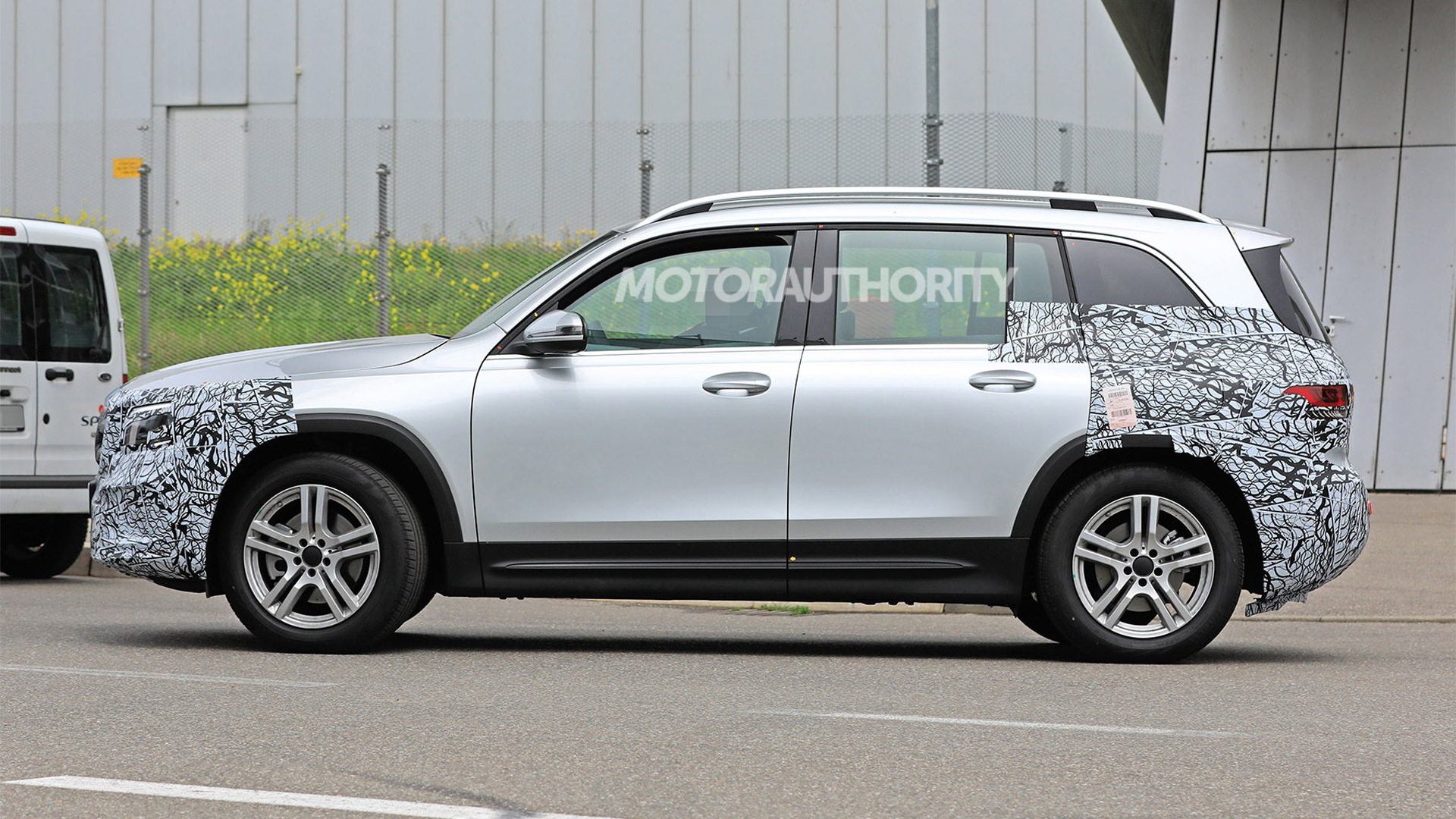 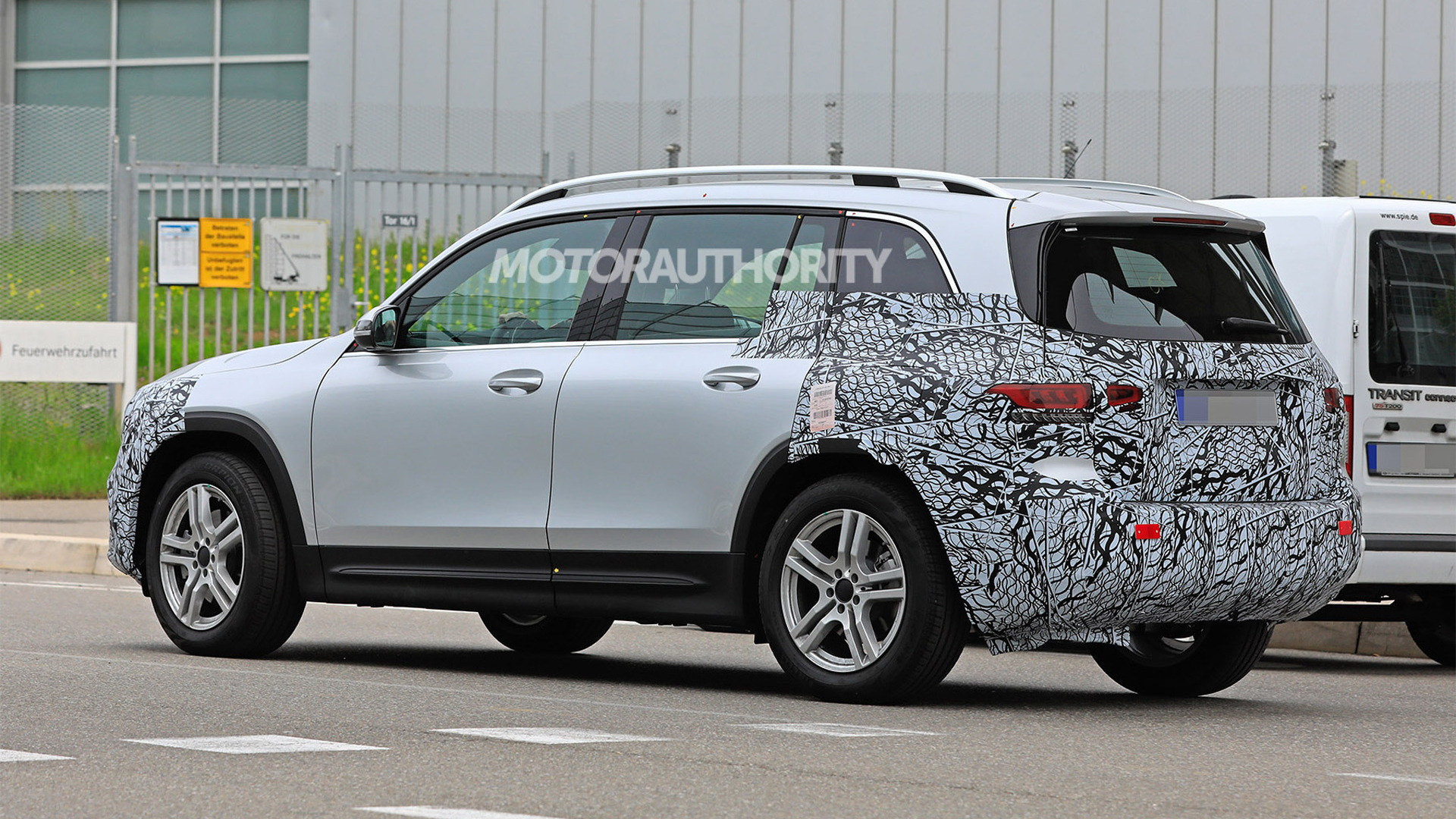 A prototype for a new Mercedes-Benz compact crossover SUV to be called the GLB has been spotted again, and it's almost completely devoid of camouflage gear now that the reveal is coming up shortly.

Mercedes already competes in the space with the GLA but the GLB is a larger, more rugged offering with styling influenced by the automaker's bigger SUVs. Sadly, it looks like the GLB isn't the mini G-Class we were all hoping for.

A thinly veiled Concept GLB was unveiled at April's Auto Shanghai 2019 to preview the design. A reveal will take place in the summer.

Engineers previously used the makeshift body of a GLA to hide the new mechanicals. These test mules revealed a stretched wheelbase and wider track compared to the GLA, both of which have been confirmed by the latest prototypes.

The new mechanicals are a next-generation version of the current MFA (Modular Front-drive Architecture) platform for front-wheel-drive-based compact cars. Referred to as MFA2, the platform brings weight savings plus greater capacity for alternative drivetrains. It made its debut last year in the A-Class. The GLB, as well as a long-wheelbase A-Class sold in China, use the longest version of the platform.

The standard powertrain for the GLB should be a 2.0-liter turbocharged inline-4 with around 188 horsepower and 221 pound-feet of torque. A more powerful GLB35 from Mercedes-AMG is planned, and possibly a high-performance GLB45 as well. Plug-in hybrid and electric options are also likely in the pipeline, with the latter to also come with a unique body style and an EQB designation.

Production of the GLB for North America will likely take place at the same plant in Mexico where the A-Class is built. The GLB should also be built at a plant in China.

Look for the vehicle to go on sale in late 2019 as a 2020 model. Potential rivals include the Audi Q3, BMW X1 and Land Rover Range Rover Evoque.