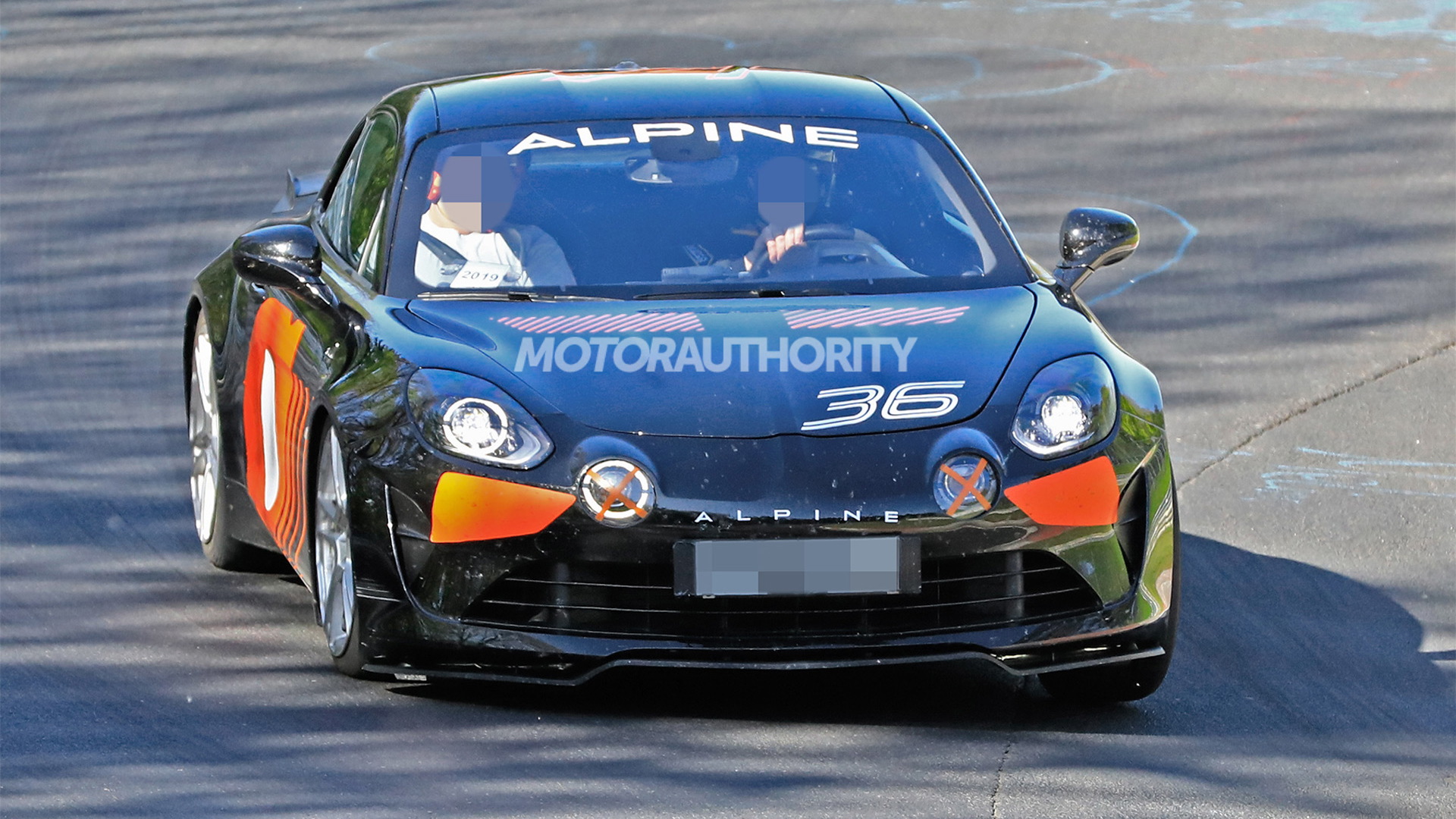 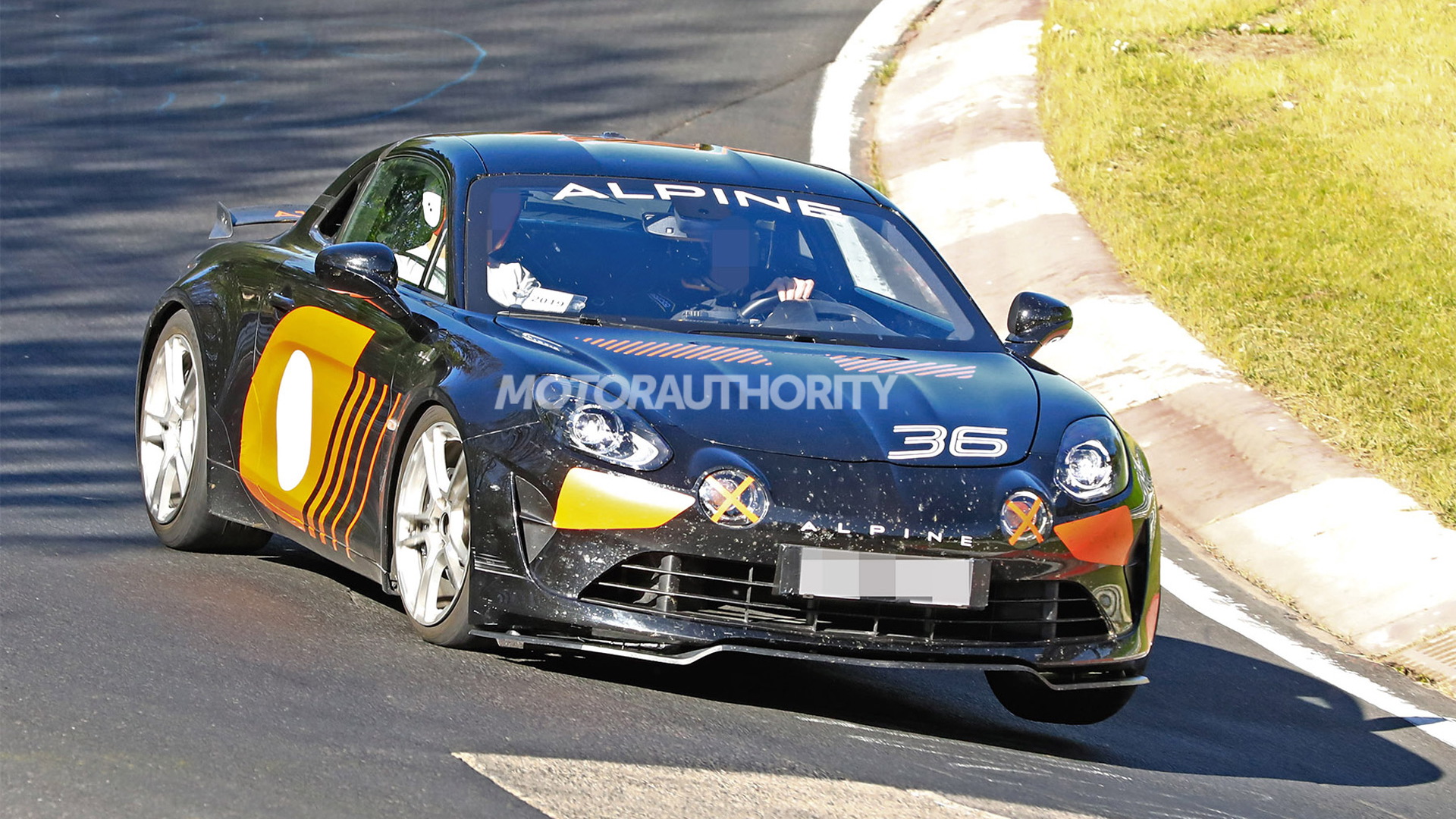 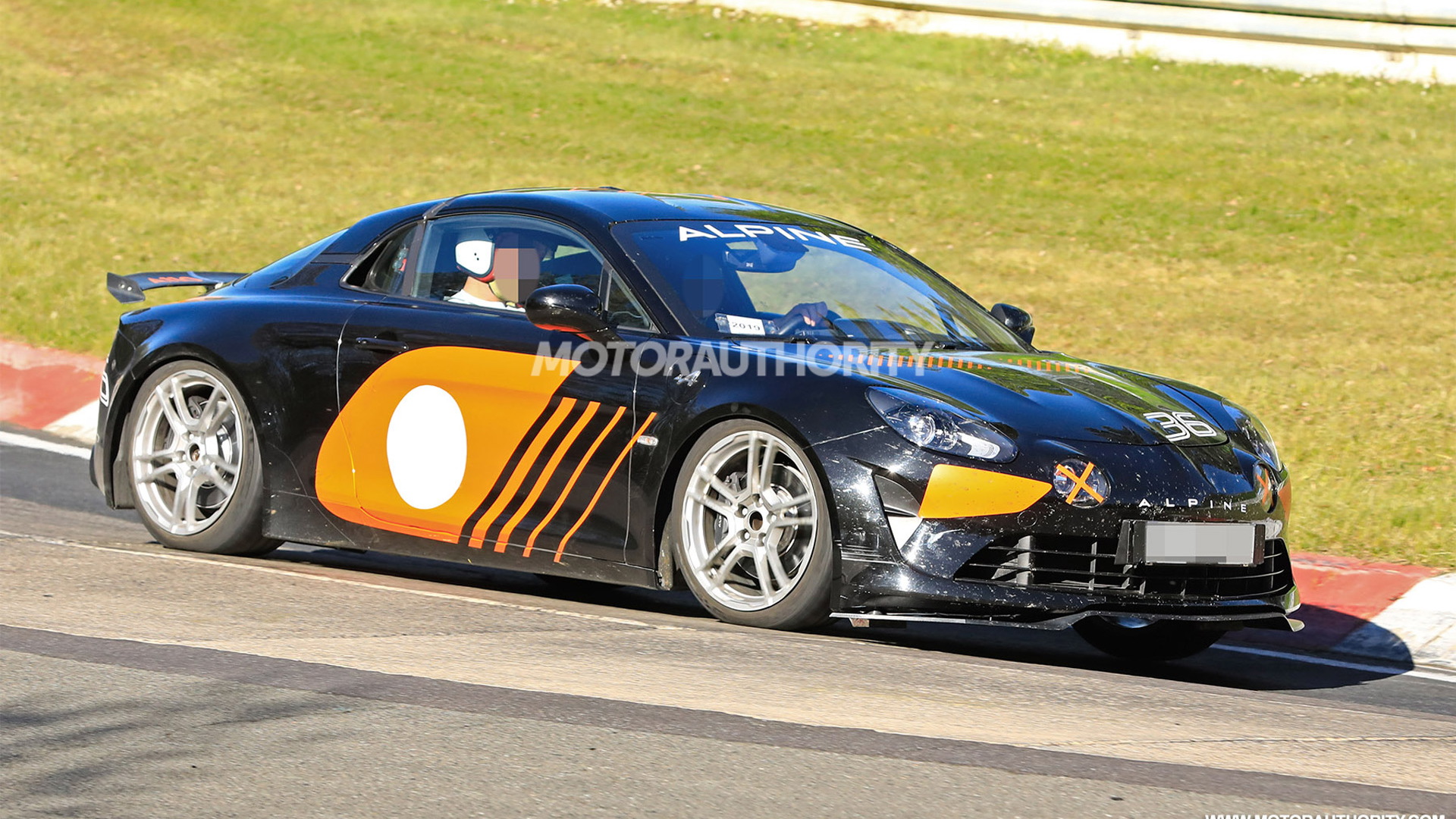 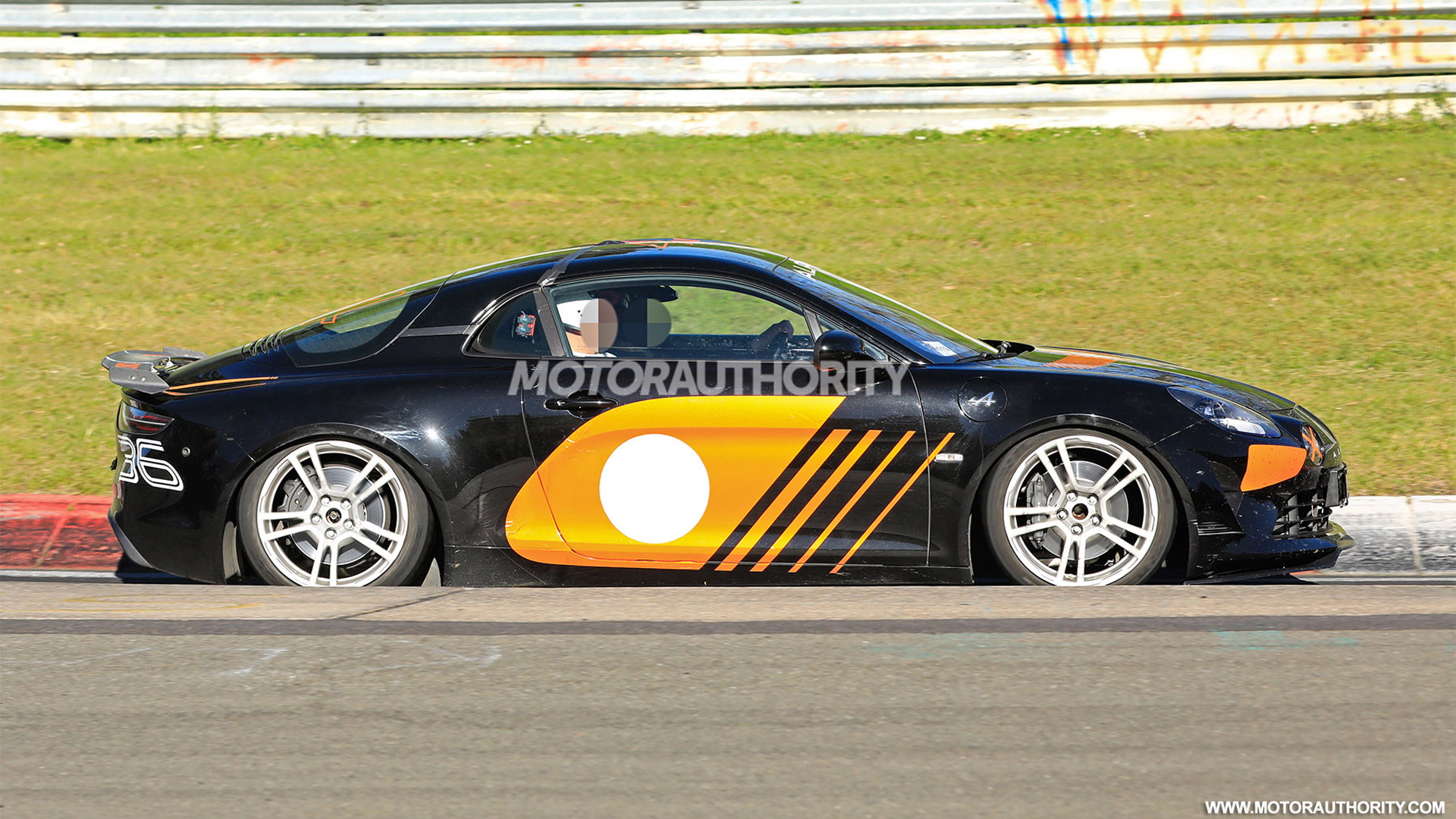 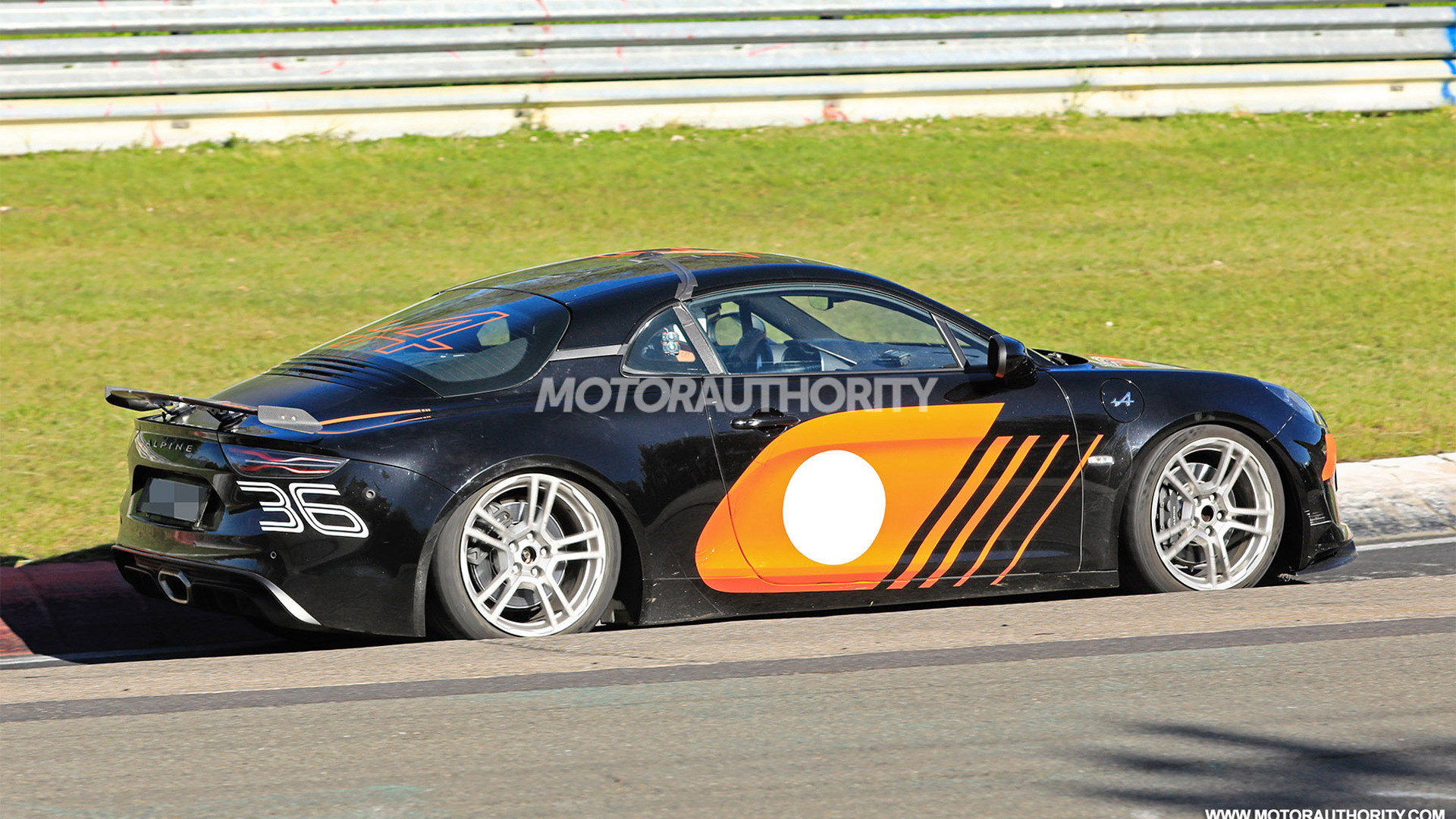 We're still jubilant over the fact there's a modern Alpine sports car, in this case the A110 that debuted at the 2017 Geneva International Motor Show.

Yes, even though North America isn't treated to the French sports car, we're still happy to admire it from afar. But now our jealousy grows as Alpine looks to be working on a new variant of the A110.

An A110 sporting a few performance mods has been spotted testing at the Nürburgring and on some of the German racetrack's surrounding roads, suggesting that a more hardcore variant is coming. Reports from 2017 claimed a lighter, more powerful A110 Sport was in the works and this could be what we're looking at.

The A110 Sport was reported to be coming with upgrades developed from lessons learned in the A110 racing program, specifically from development of the A110 GT4 race car launched for the 2019 motorsport season.

You can already see a new front splitter and rear spoiler fitted to the prototype. Other upgrades are thought to include reduced weight and more power than the 252 horsepower that the stock A110's 1.8-liter turbocharged inline-4 makes. Alpine is also likely to have increased the chassis stiffness. There could also be revisions in store for the steering, exhaust, traction control, and 7-speed dual-clutch transmission.