The SSC Tuatara may have made an attempt to break the record for world's fastest production car in Nevada over the weekend, a local newspaper reported.

Last week, the Nevada Department of Transportation (NDOT) announced possible delays along Highway 160, which runs between Las Vegas and Pahrump, on Saturday and Sunday, "due to a group shooting for a world land-speed record attempt for a production car," the Pahrump Valley Times reported Thursday. NDOT confirmed to the paper that the car in question was the SSC Tuatara.

The report was first spotted by Carscoops, which said an anonymous tipster claimed the Tuatara had beaten the 277.9-mph top speed set by a Koenigsegg Agera RS on the same stretch of road in 2017.

SSC has said the Tuatara is capable of more than 300 mph, but hasn't confirmed whether it beat the 304.7 mph achieved by a Bugatti Chiron Super Sport 300+ in 2019. However, Bugatti didn't make runs in both directions, as is typically required for an official Guinness World Record.

"As you know, we're constantly testing the Tuatara," SSC CEO Jerod Shelby told Motor Authority. "We're probably one of the only manufacturers that 'punishes' its car so extensively in the process. We've logged more than 2,000 miles at speeds in excess of 200 mph, and the Tuatara doesn't break a sweat." 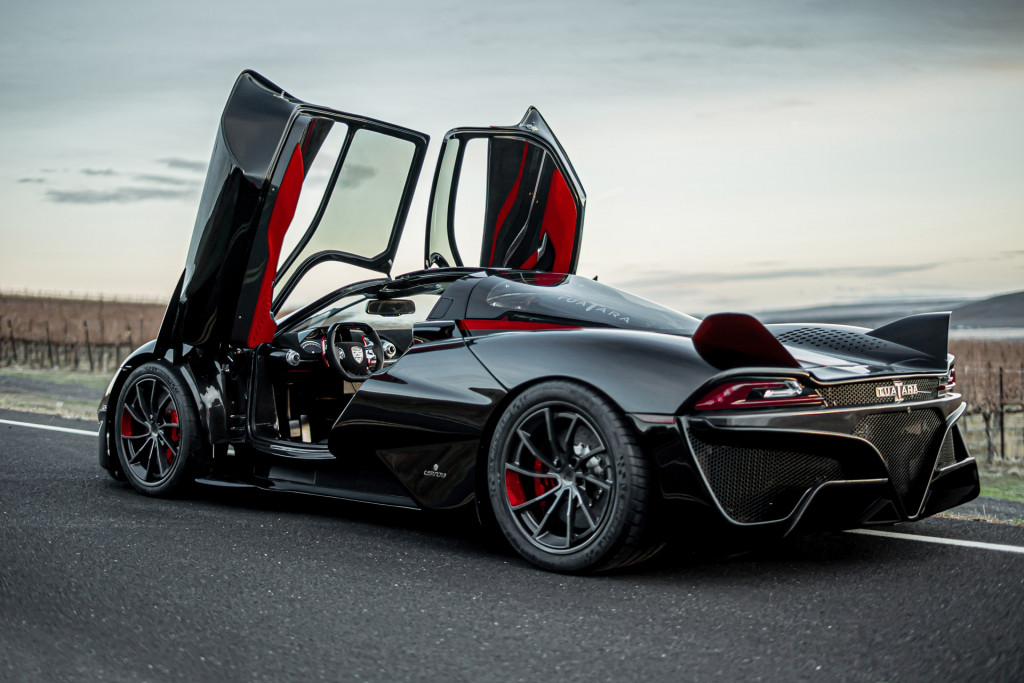 Shelby (no relation to automotive legend Carroll), wouldn't disclose a top speed, but said the Tuatara has performed impressively in recent tests.

"As one example, on the same day of this recent test, where we ran it against the Bugatti Veyron, the Tuatara's speed was leaping from 205 mph to 216 mph to 236 mph. It was climbing at about 8 mph per second. In three more seconds, we could have been at 270 mph, and the car kept pulling. Our only limitation was the runway, so we stopped at 242 mph."

The Tuatara's predecessor, the SSC Ultimate Aero, briefly held the world's fastest production car record before being dethroned by the Bugatti Veyron Super Sport in 2010. SSC has been working to reclaim the record ever since.

Powering the Tuatara is a bespoke 5.9-liter twin-turbo V-8 that makes 1,350 horsepower on pump gas and 1,750 hp on E85 ethanol and revs to an 8,800-rpm redline. The V-8 is coupled to a 7-speed automated manual transmission from Italian firm CIMA. SSC says the transmission can shift gears in less than 100 milliseconds. The company also claims a dry weight of 2,750 pounds for the Tuatara, and a drag coefficient of 0.279, which should help with any speed-record attempts.

SSC delivered the first production car to Larry Caplin of Philadelphia during 2019 Monterey Car Week, but the car wasn't revealed to the public until earlier this year. SSC plans to build 99 more at its facility in Richland, Washington, and is considering a "little brother" to the supercar as well.