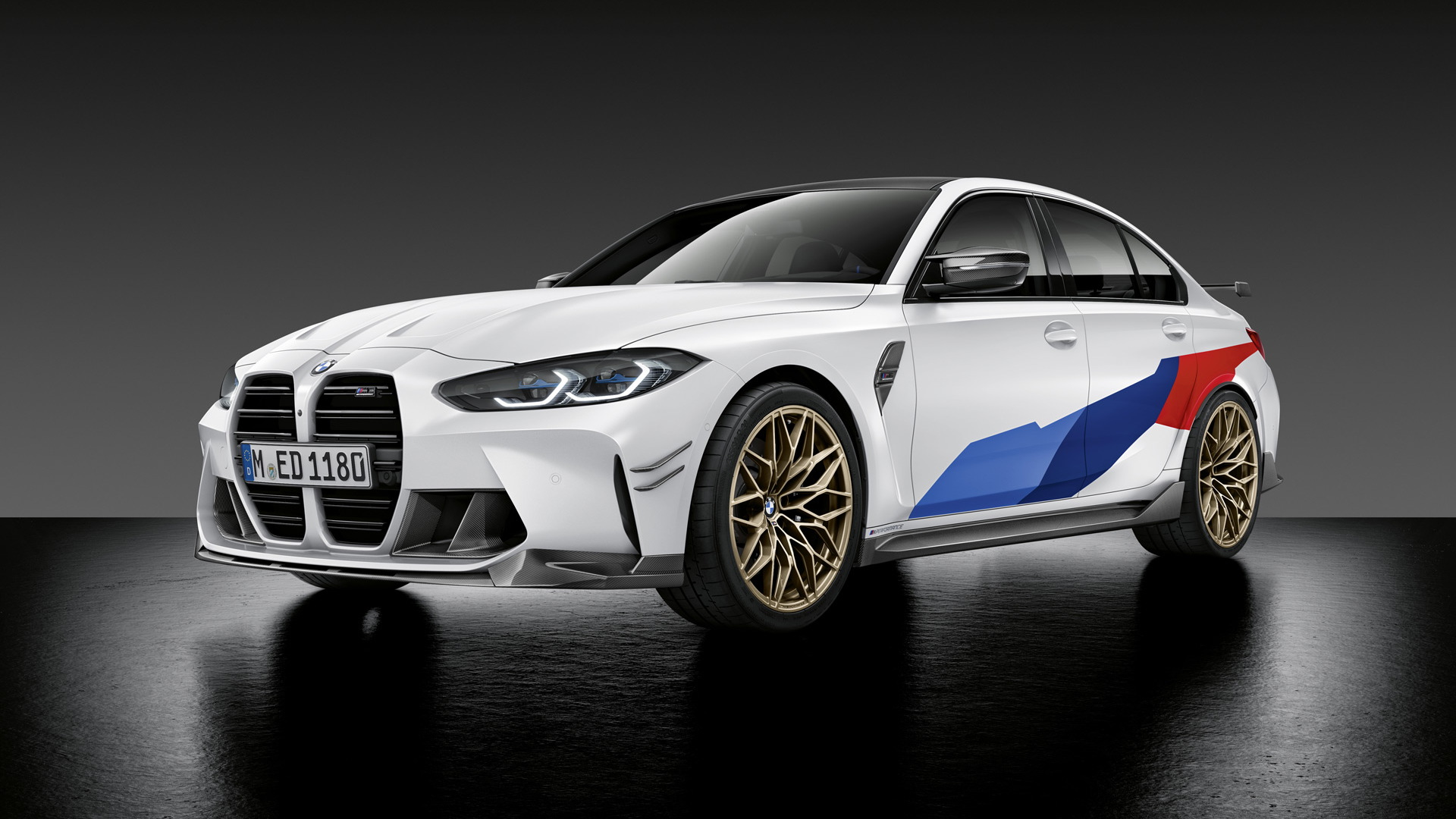 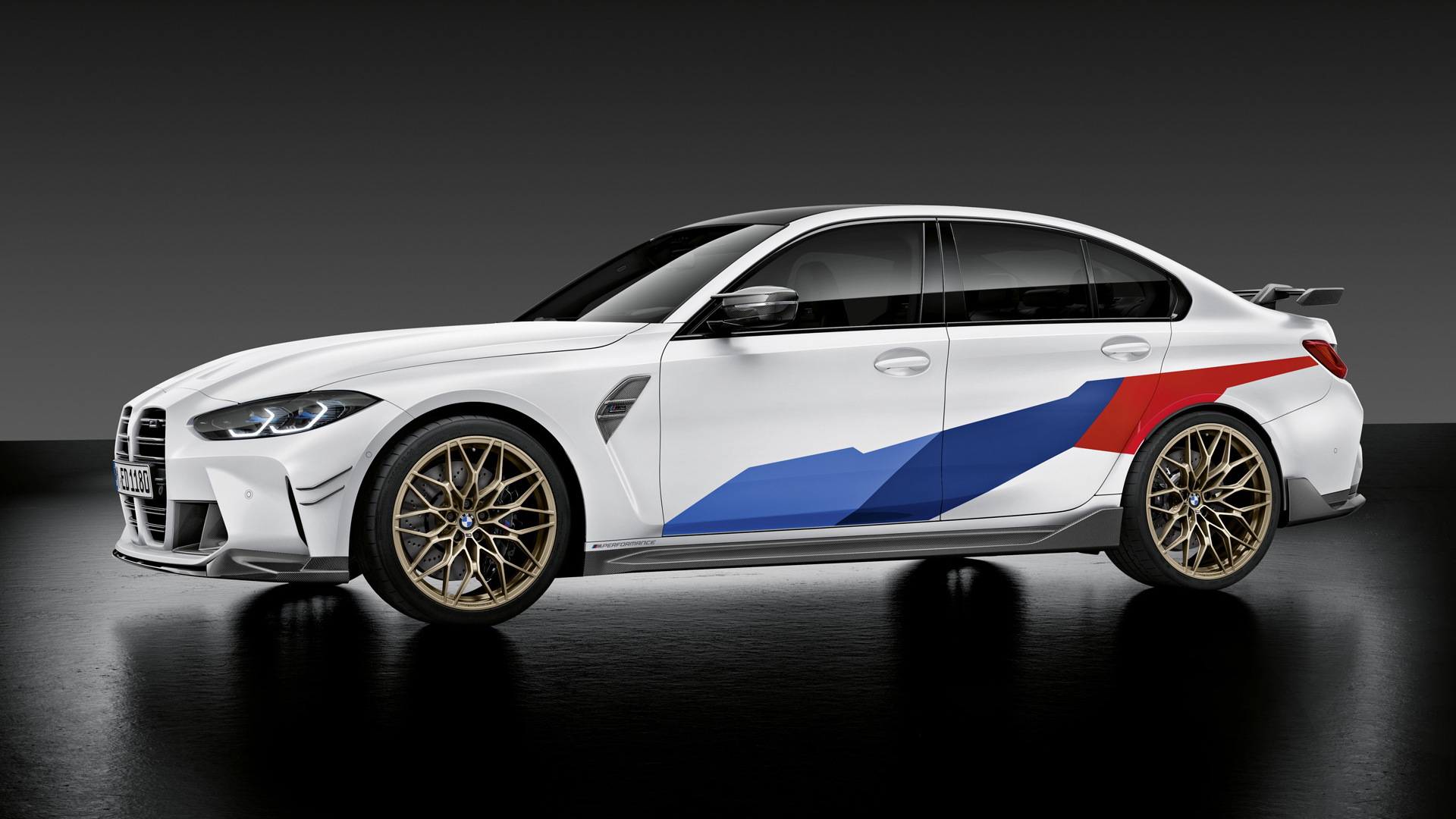 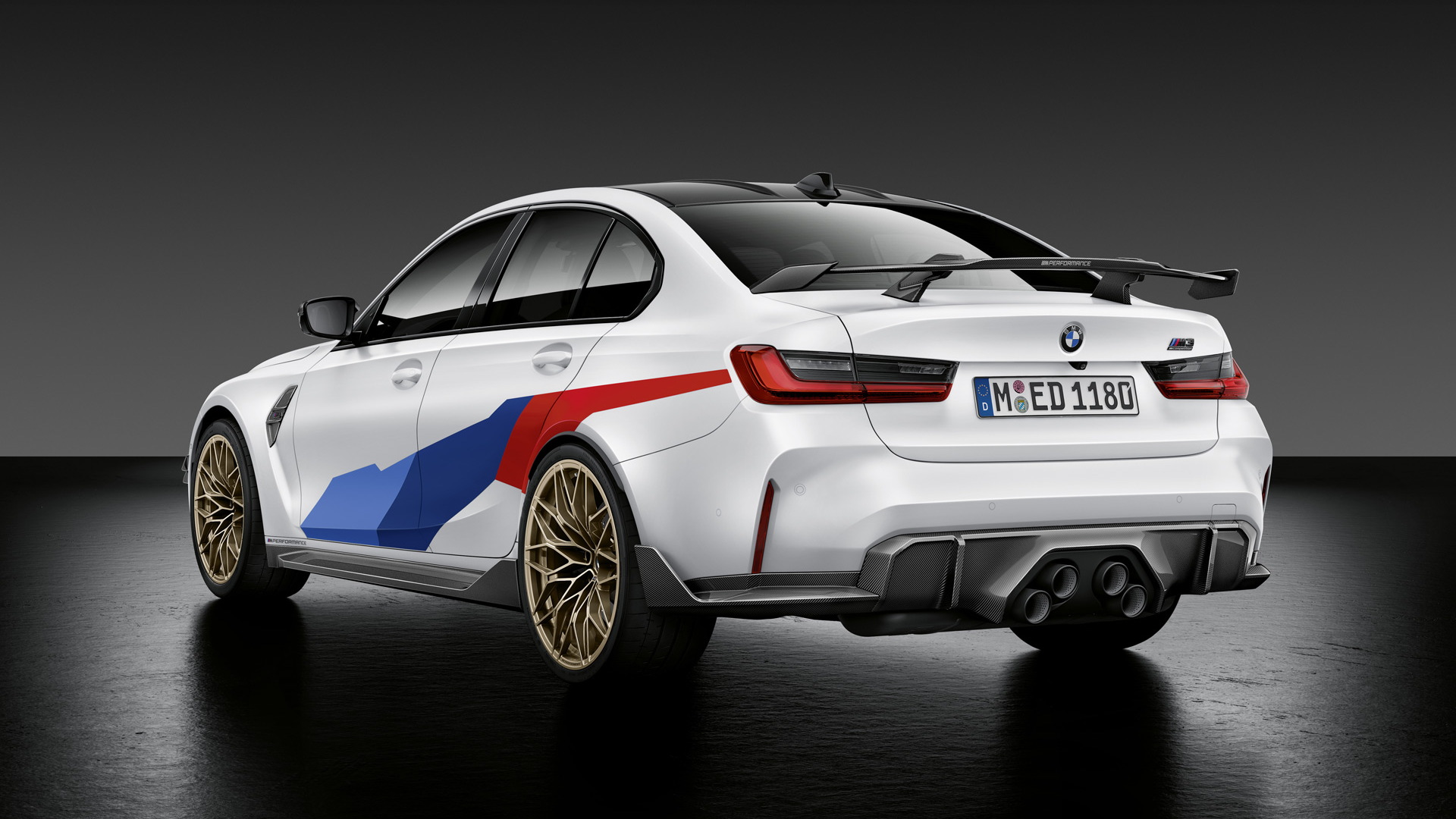 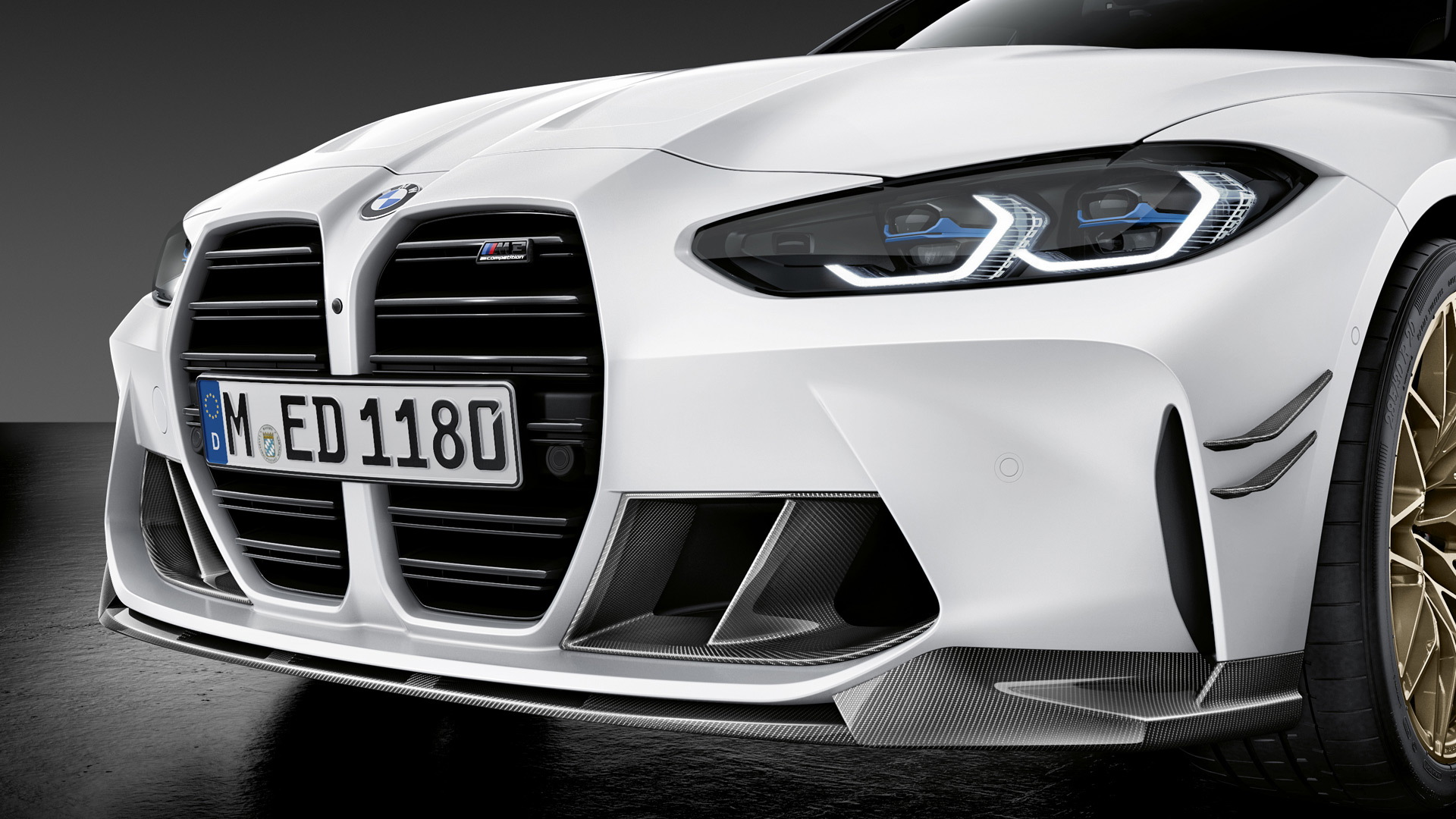 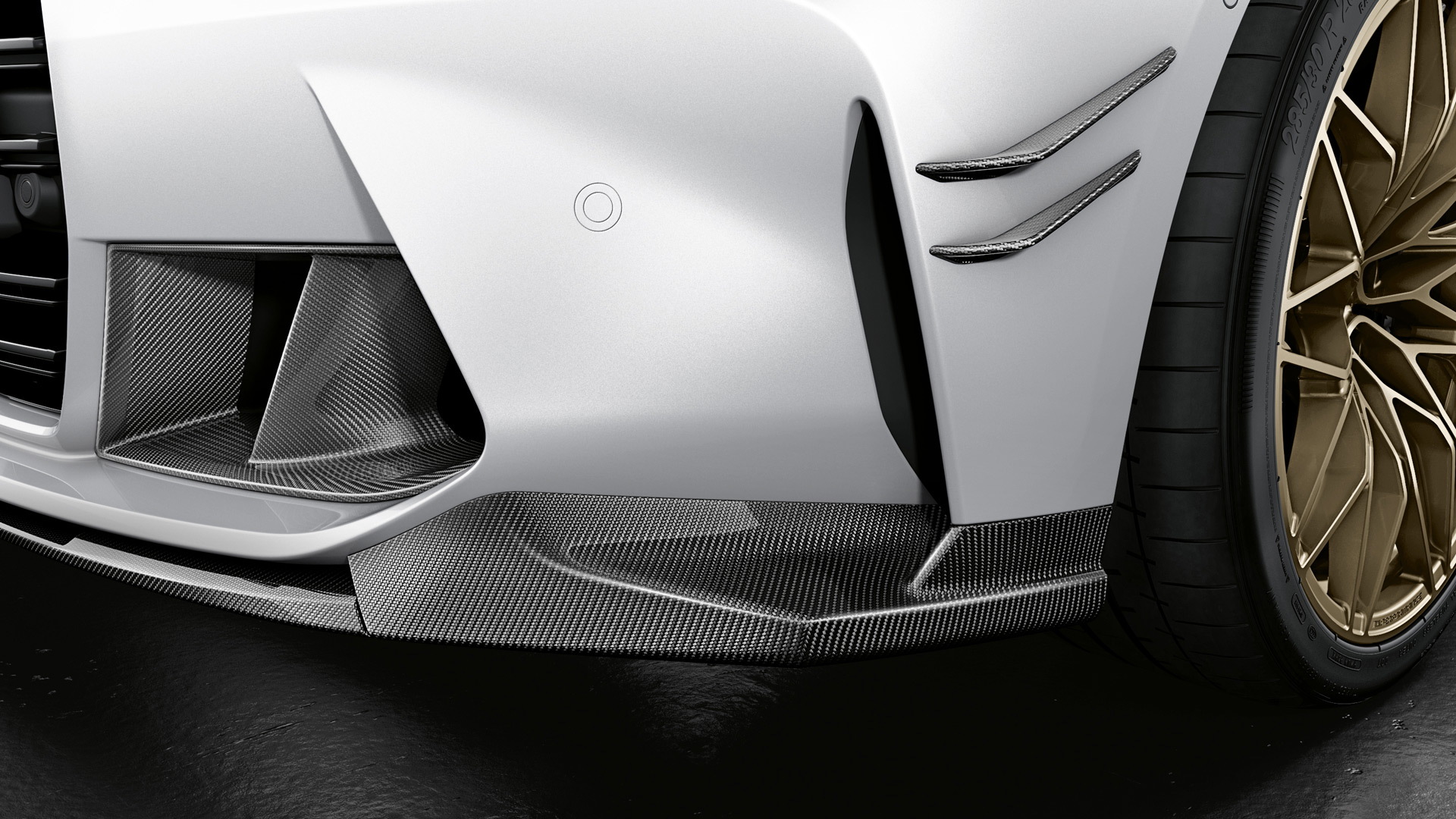 BMW has just unleashed a new generation of the M3 and M4. The cars are due in showrooms next March as 2021 models, and when they arrive they'll already have a full assortment of M Performance upgrades to add.

We'll straight away point out that there's no power upgrades, though the M3 and M4 are hardly lacking in this regard with their 3.0-liter twin-turbocharged inline-6 spitting out 473 horsepower in standard guise and 503 hp in Competition guise. 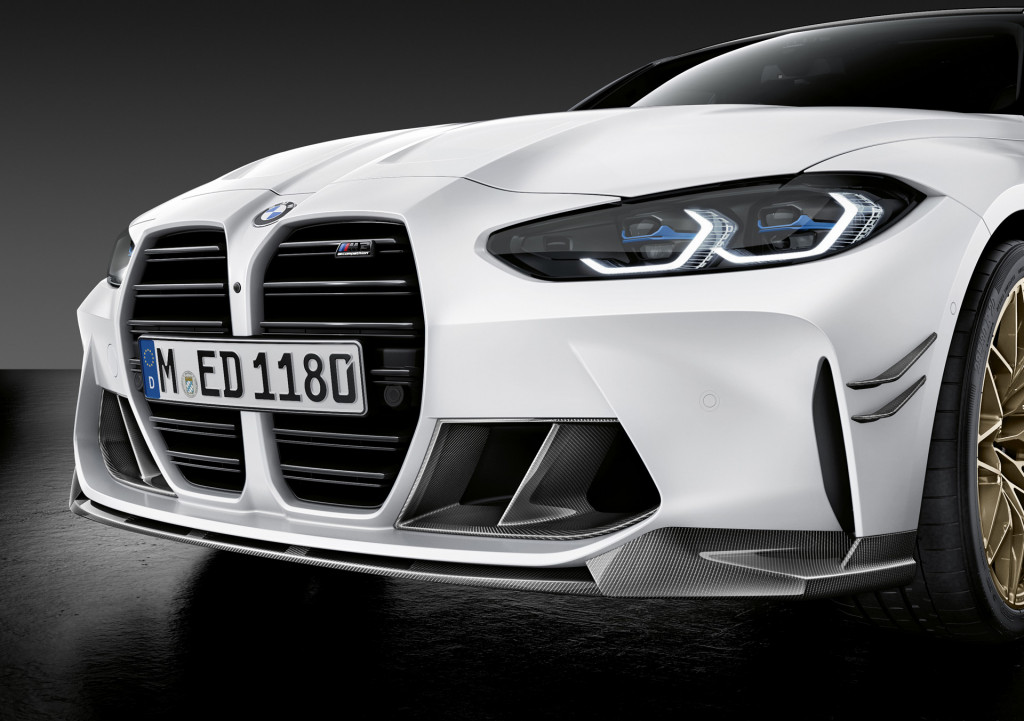 There are items to increase overall performance, though. One of these is a titanium muffler with an active valve. It saves 11 pounds from the curb weight and adds an aggressive touch with its quartet of stacked exhaust tips.

Another is a coil-over suspension system that lets you lower the ride height between five and 20 millimeters. Dropping the car lowers the center of gravity, reduces rolling movement and enables even higher cornering speeds, though the ride will be harsher. 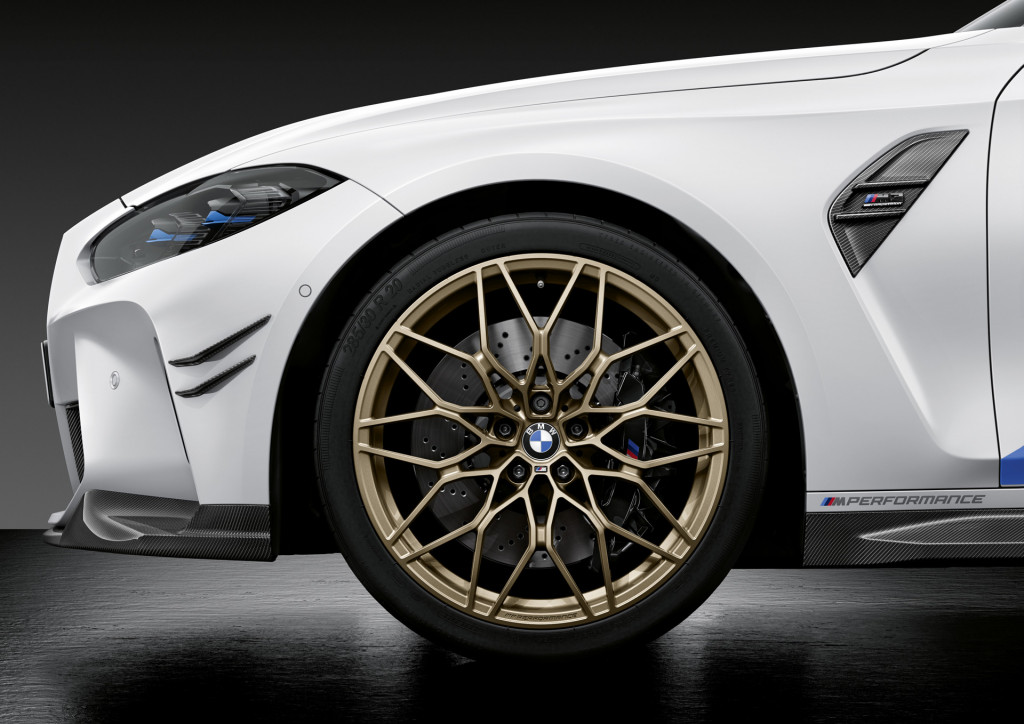 There are also specially developed brake pads that result in shorter braking distances, and have better thermal resistance, which you'll want if you drive at the track. An assortment of aerodynamic aids will also help when pushing the car to the limit. These are all made from carbon-fiber-reinforced plastic and include items such as a front lip spoiler, front flics, side skirts, a rear diffuser, and a rear wing. 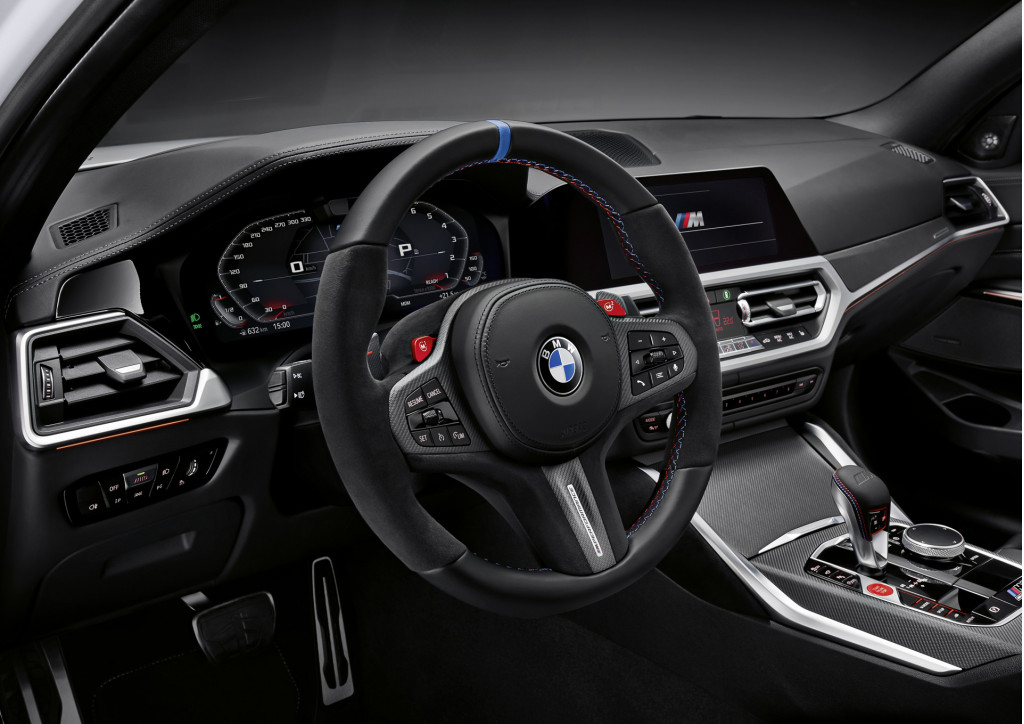 The M3 and M4 are priced from $70,895 for the M3 and $72,795 respectively. Pricing for the individual M Performance parts will be announced closer to the market launch.