The Ford Bronco is back, but the Blue Oval isn't done.

A hotter, wilder Bronco Raptor is in the works with even more off-road capability, power, and attitude. On Friday, Ford announced on Twitter the 2022 Bronco Raptor will debut on January 24.

Ford-supported enthusiast forum The Bronco Nation has been providing early glimpses at the performance off-roader, with the last installment coming in the form of a video showing a prototype being put through its paces.

A corresponding post confirmed the Bronco Raptor will be available next summer as a 2022 model.

The Bronco Raptor rides on 37-inch all-terrain tires with a beefed-up suspension system, wide stance, LED marker lights (like an F-150 Raptor) hidden in the grille, and Rigid LED fog and driving lights integrated into the front bumper, same as the 2021 Ford F-150 Raptor.

The massive fender flares appear to be inspired by those on the Bronco DR desert race truck, while the daytime running lights are now amber rather than white, like other Broncos. New LED taillights sit in back. Notably, the Bronco Raptor prototype shown here is a hard-top. It's unclear if a Bronco Raptor will be available with a soft-top roof. 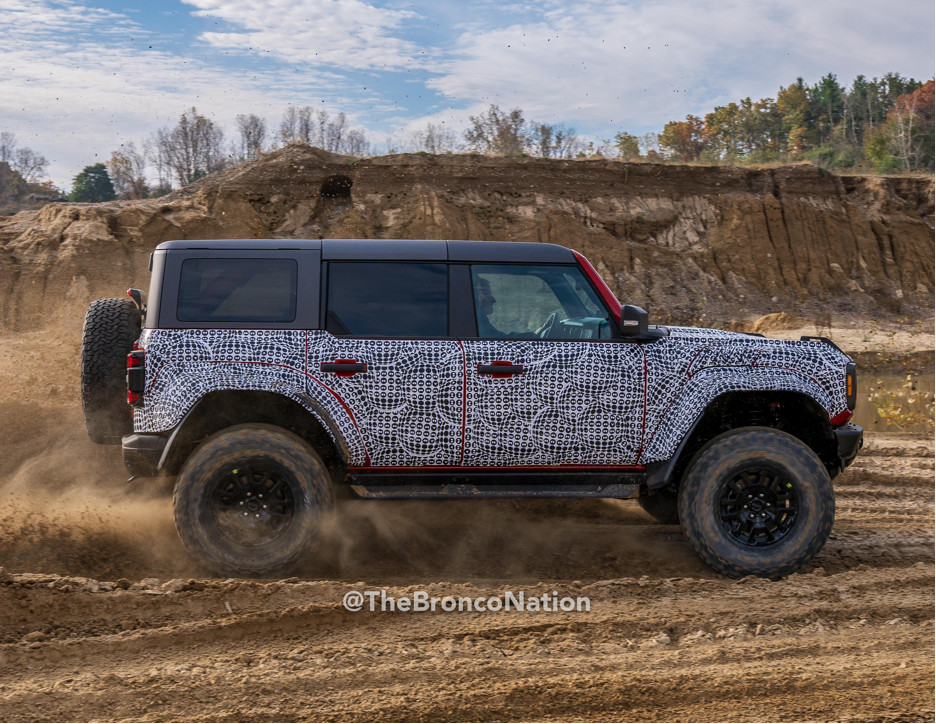 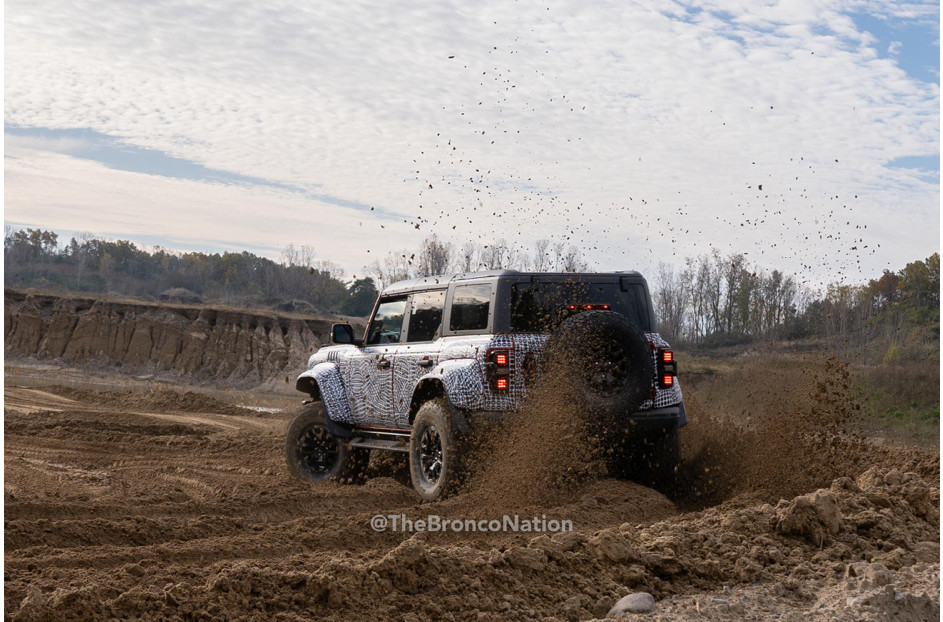 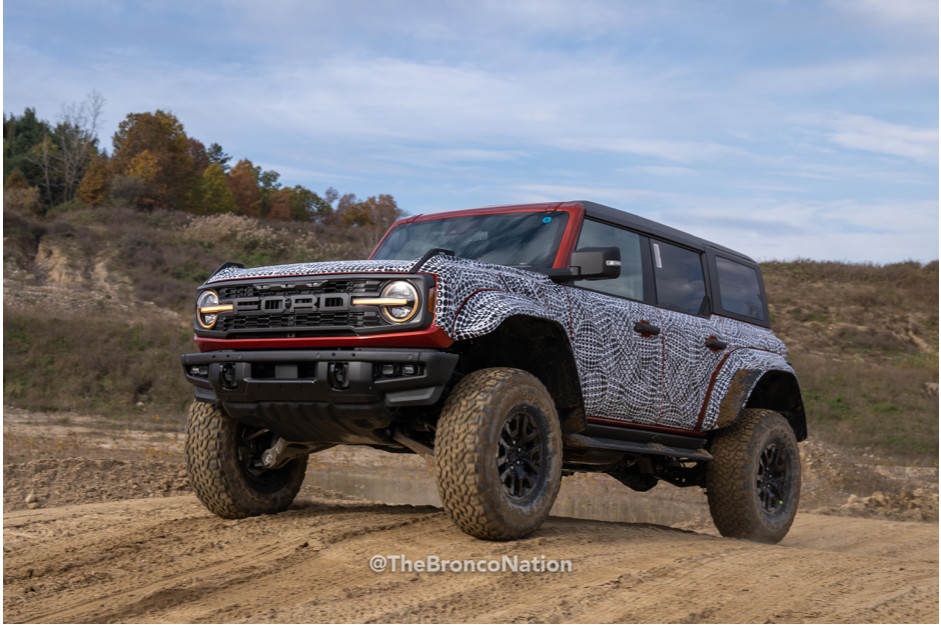 Ford has teased the Bronco Raptor itself. In September, CEO Jim Farley teased the vehicle on Twitter. The teaser both confirmed the Raptor name and that the long-travel Bronco will arrive in 2022.

The most powerful Bronco announced so far has a 2.7-liter turbo-6 that makes 330 hp and 415 lb-ft of torque. A high-speed desert-running Bronco Raptor will likely have, and need, more power. A safe bet is a twin-turbocharged V-6 rated at closer to 400 hp. The same powertrain should feature in the related Ranger Raptor also in the works.

It looks like only the Bronco's 10-speed automatic will be offered, as well as the SUV's four-door body. That's a shame as the two-door body and a manual transmission would make for a sweet package. Stay tuned.