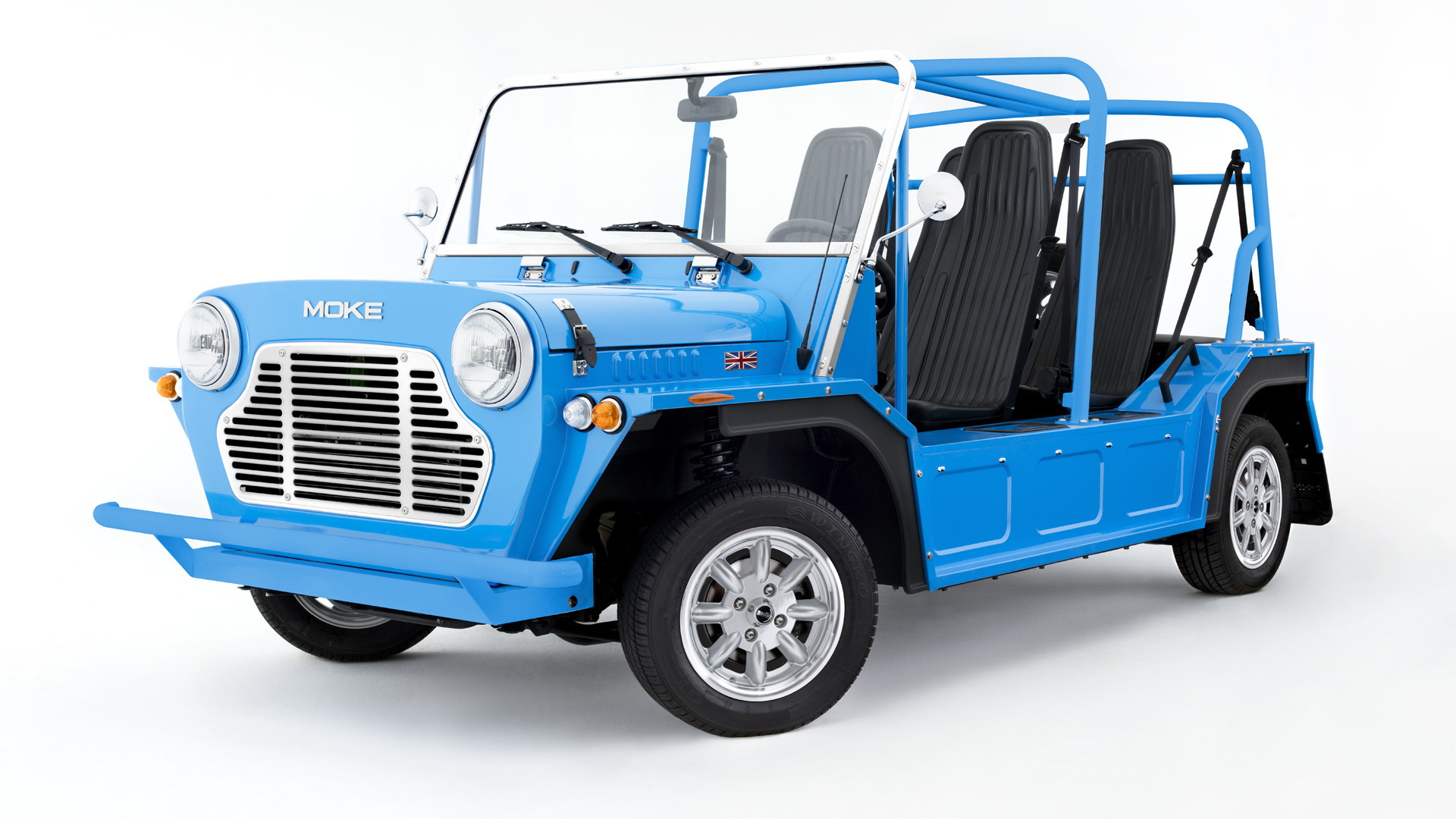 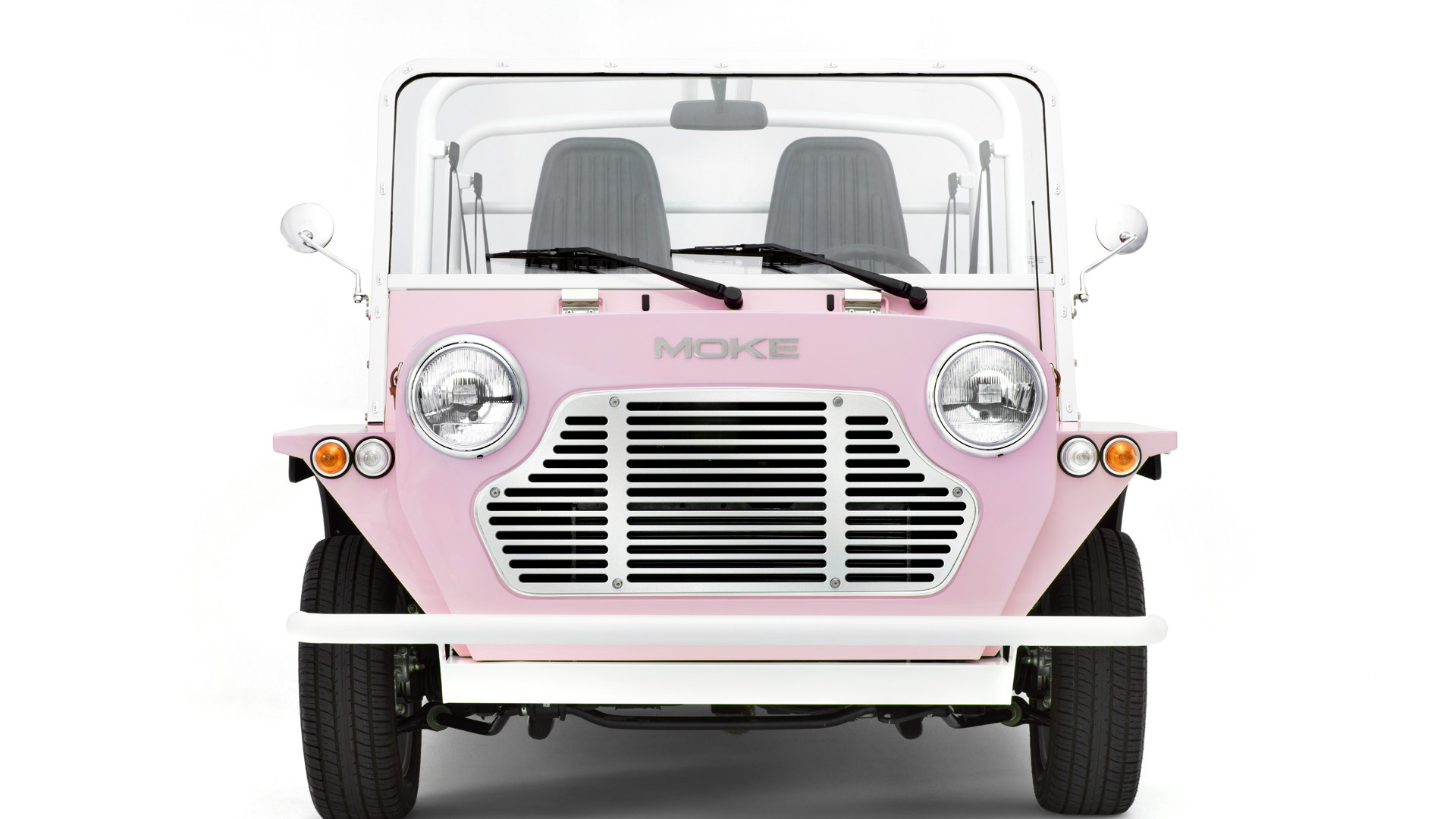 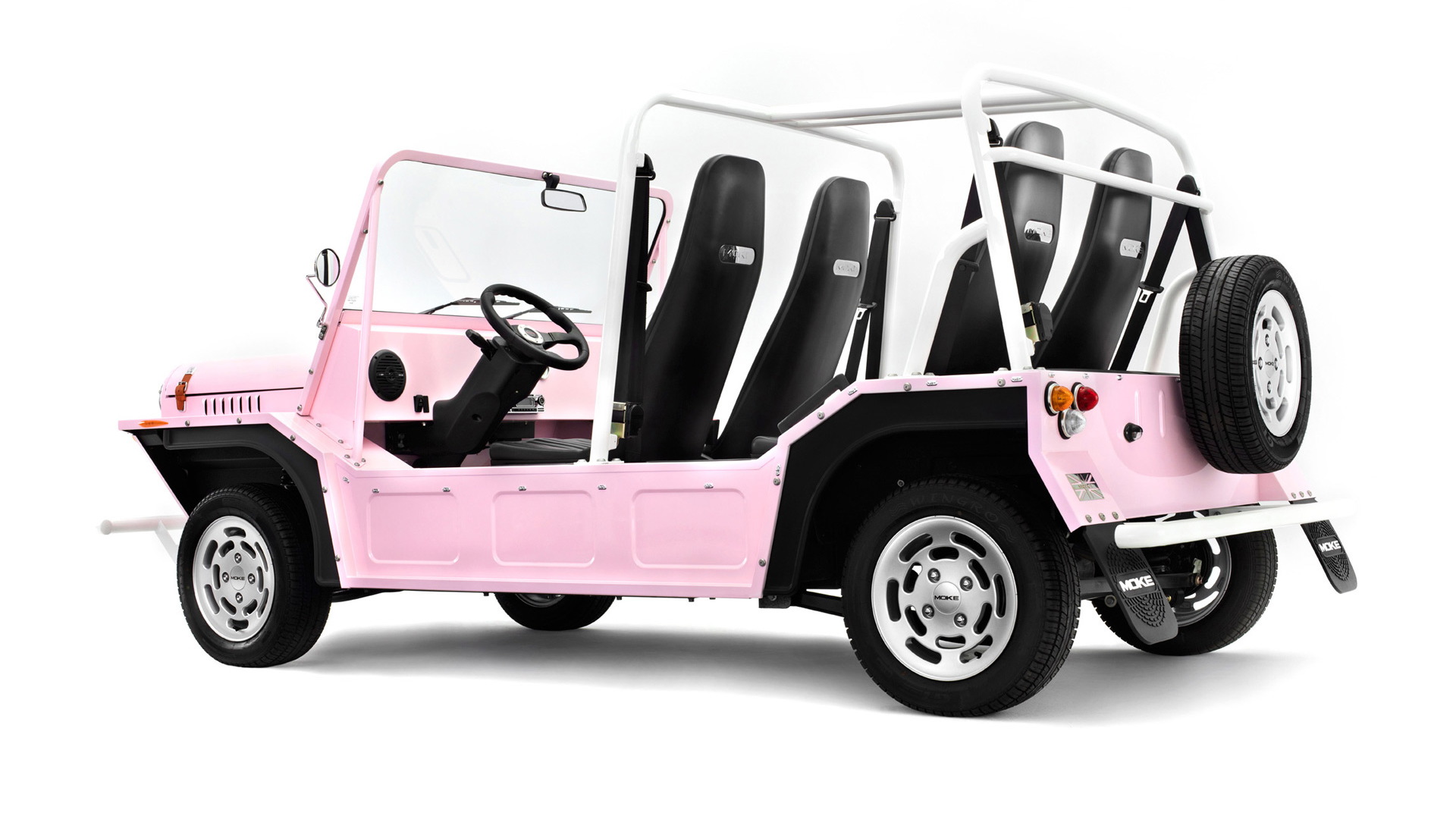 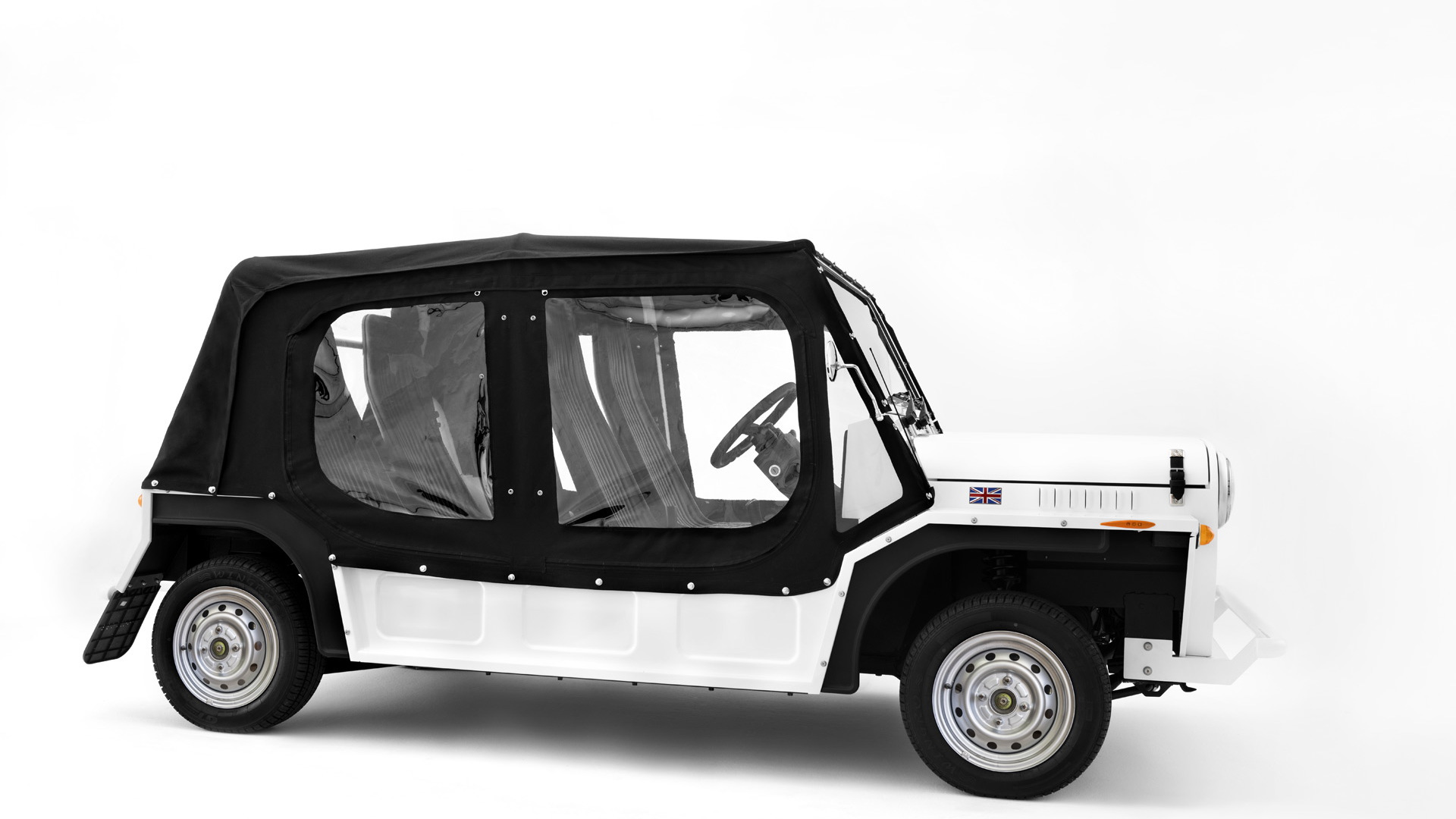 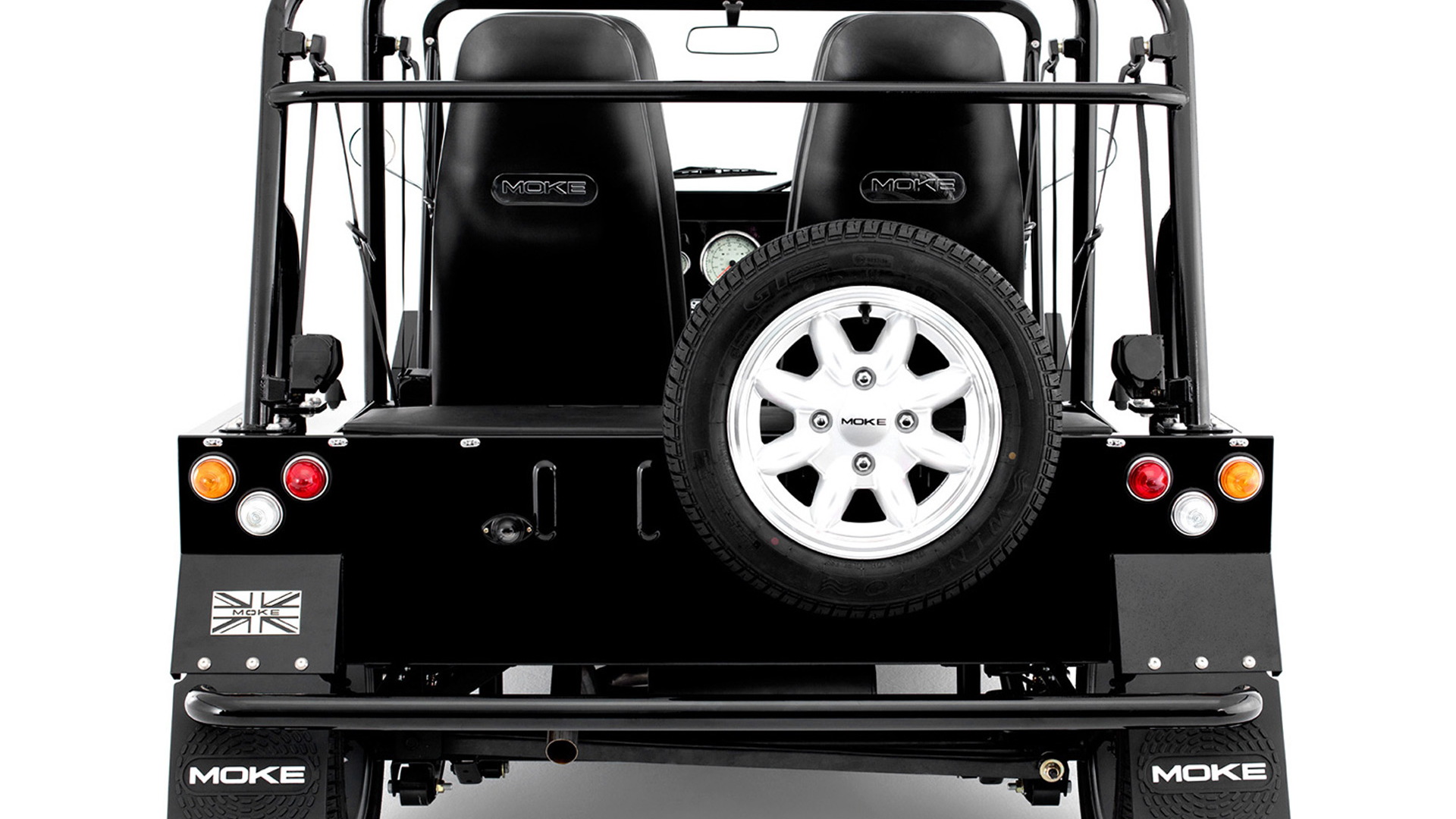 Buyers looking for a tough little runabout with almost zero frills should take a look at the modern Moke.

The original Moke was launched by Mini in 1964 and lasted three decades. It was designed by Alec Issigonis initially as a prototype for a light military vehicle, explaining some of its similarities to the original Jeep.

However, its relatively small stature, low ground-clearance, and tiny wheels meant it never saw action. Instead, the Moke was developed for public sale as a low-cost recreational vehicle. And its utilitarian, stripped-down, open-air design made it extremely popular with beachgoers.

The modern version was launched this week in the United Kingdom by the local company Moke International, which owns the rights to the Moke name. The modern Moke looks like the original but features an upgraded powertrain and chassis.

Power comes from a 1.1-liter inline-4 rated at 67 horsepower and 68 pound-feet of torque. The engine is mated to either a manual or automatic transmission and is able to take the Moke to a top speed of 68 mph.

Pricing in the U.K. starts at 20,000 British pounds (approximately $25,950). Moke International said it plans to add more models and launch in the United States beyond 2021.

Moke fans in the U.S. can already get one through North Carolina-based Moke America. The company assembles the cars locally and currently lists gasoline and battery-electric versions for sale, with prices starting below $20,000.

But could we see Mini itself launch a modern version of the Moke, perhaps based on the Hardtop or Countryman? Mini hinted at the possibility in 2010 with its Beachcomber Concept, although the show car served as a preview for the original Countryman and was never intended for production.