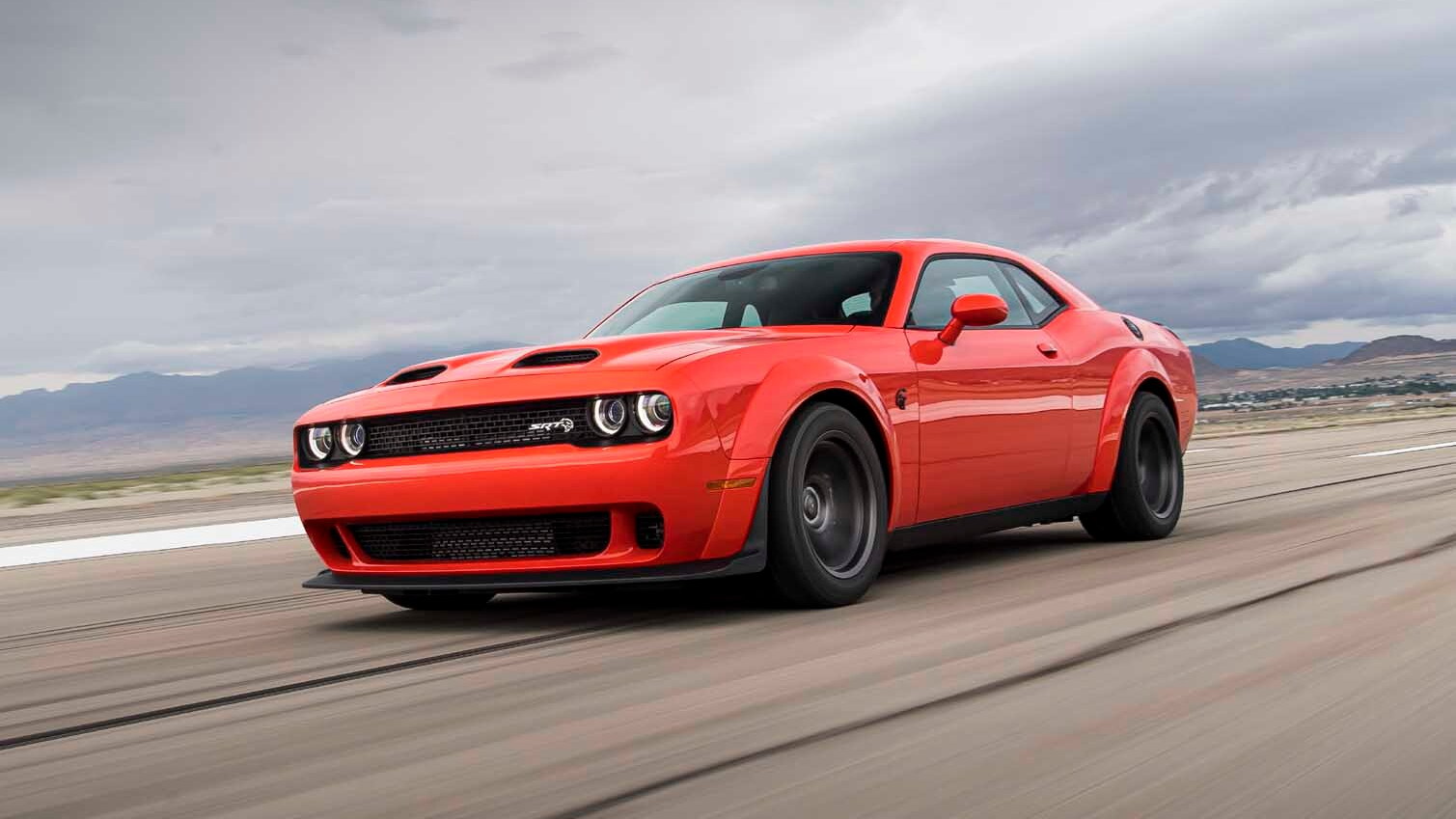 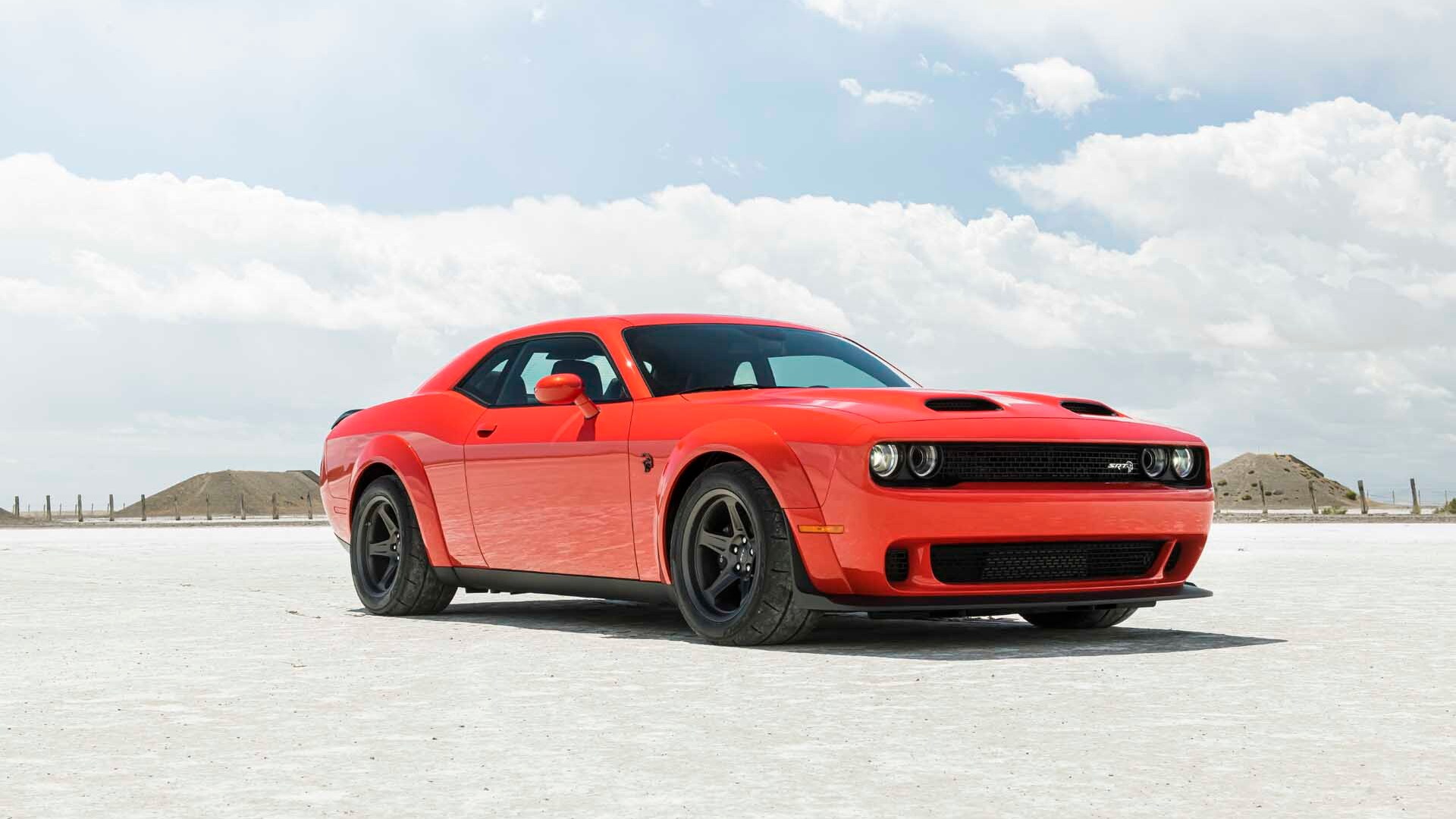 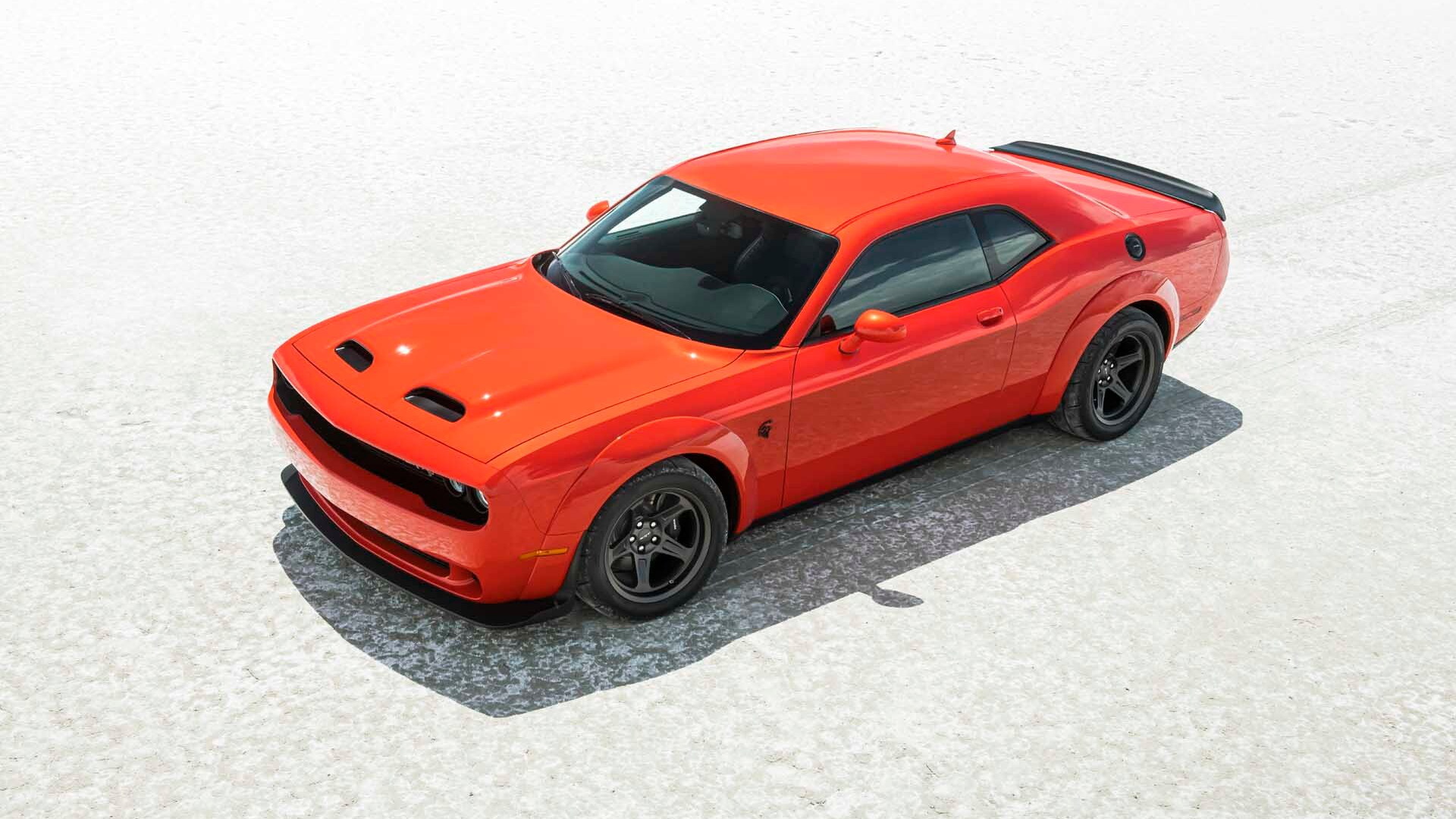 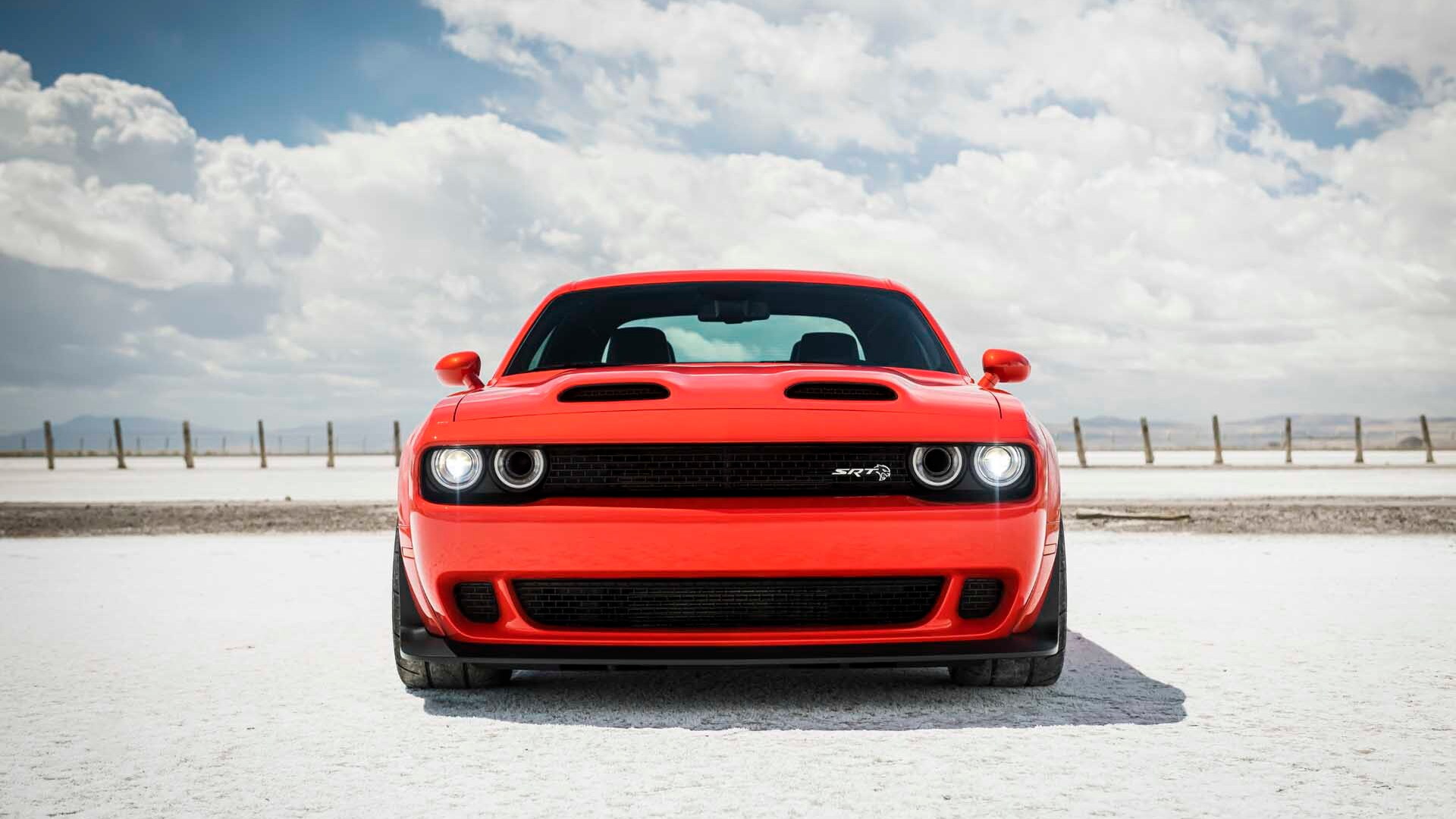 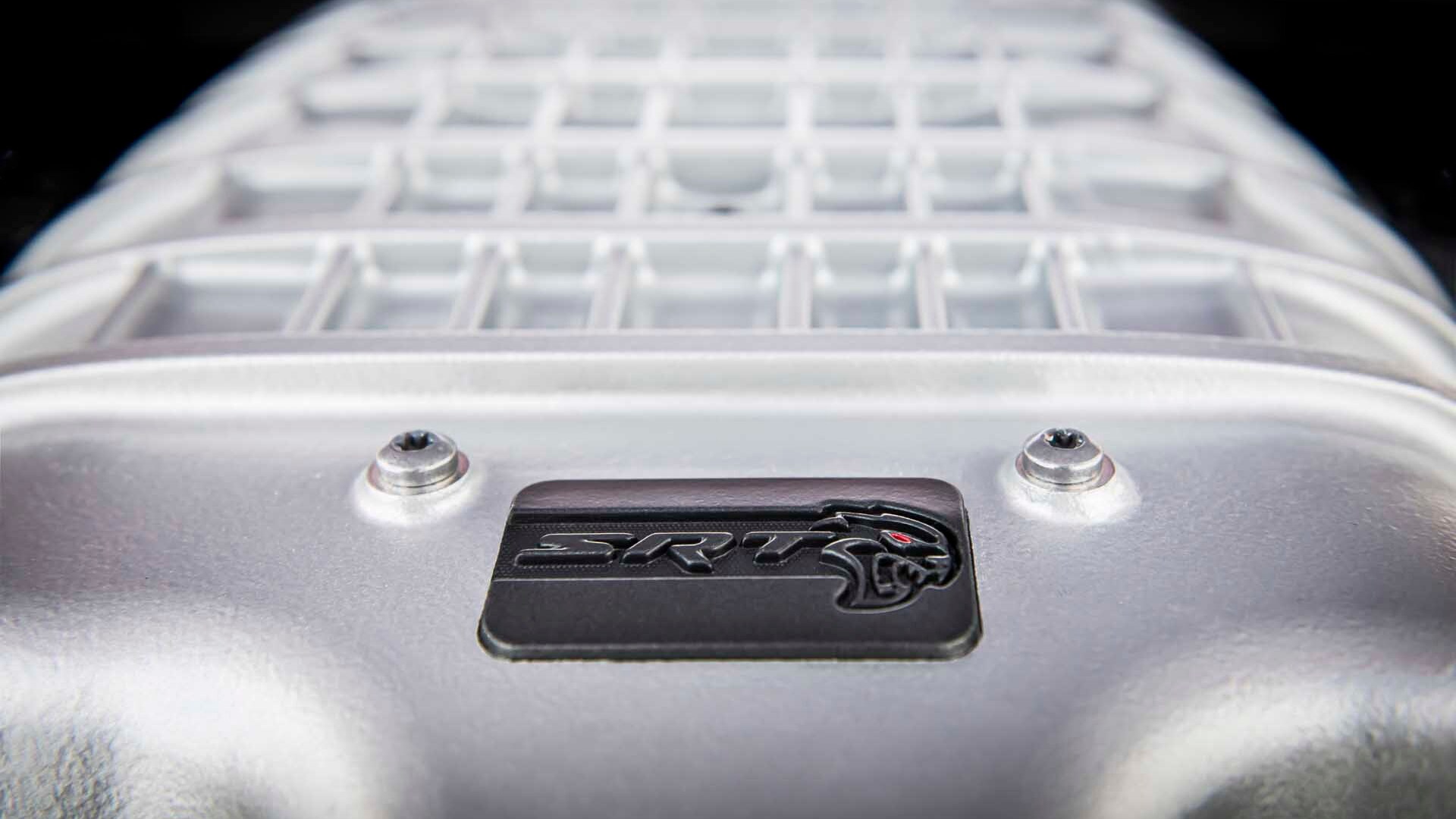 The newly announced 2020 Dodge Challenger SRT Super Stock is a street and strip special like the Dodge Demon, but it's not as fast and doesn't have as much equipment to cut the quarter-mile times. For those thinking they can buy the parts to turn their Super Stocks into de facto Demons, Dodge won't let that happen.

"I was serious about what I said in the reveal I promised we'll never do another Demon," Dodge CEO Tim Kuniskis told Motor Authority. "And I happen to own a Demon so it's actually personal to me. Not only don't I want to piss of the 3,299 other people, I don't want to piss off myself."

Demon parts will still be available, but only to Demon owners.

"You can't buy that kind of stuff unless you have the VIN for a Demon. We won't sell those parts," Kuniskis said.

Among those parts are the trans brake, the hood, the skinny front tires in the Demon Crate, and some suspension parts, all of which enabled the Demon's 9.65-second quarter-mile time.

The 2020 Dodge Challenger SRT Super Stock does have quite a few Demon parts, including its 807-horsepower supercharged 6.2-liter V-8 engine. However, the Demon put up a 9.90-second elapsed time in the quarter-mile running pump gas, while the Super Stock covers the quarter in 10.50 seconds, according to Dodge. The Demon also made 807 hp on pump gas and 840 hp on racing fuel.

Kuniskis explained why the Demon could run six-tenths of a second faster in the quarter mile: "The advantage of Demon, the purpose of Demon was to come up with a suspension...that had maximum weight transfer. If you look at the very small, hollow sway bars, the spring ratings that we had, the tuning of the suspension. Add those things together and it was designed to give you tons of weight transfer and then you add together that with the trans brake that will load up the engine, allow you to launch with 8 pounds of boost. The combination of those two things, that's where the magic of the Demon is."

The Challenger Super Stock also has the Demon's Nitto NT05R 315/40R18 drag radials, launch assist, launch control, line lock, torque reserve, race cooldown mode, and power chiller. It also has a Track mode for the suspension that takes the rebound out of the front dampers to shift weight to the rear, but it won't transfer as much weight.

Kuniskis says the Challenger Super Stock is about 15-20% of the way between a Hellcat Redeye and a Demon.

That doesn't mean the Challenger Super Stock can't be successful at the dragstrip.

"For people who want more consistency and want to run more consistent 0-60 times and maybe want to bracket race the car, this (the Super Stock) is the easy go-to solution," Kuniskis said.

So, don't worry Demon owners. Challenger Super Stocks won't affect the value of the 3,300 Demons Dodge sold in 2018. They may challenge you at the dragstrip, though.