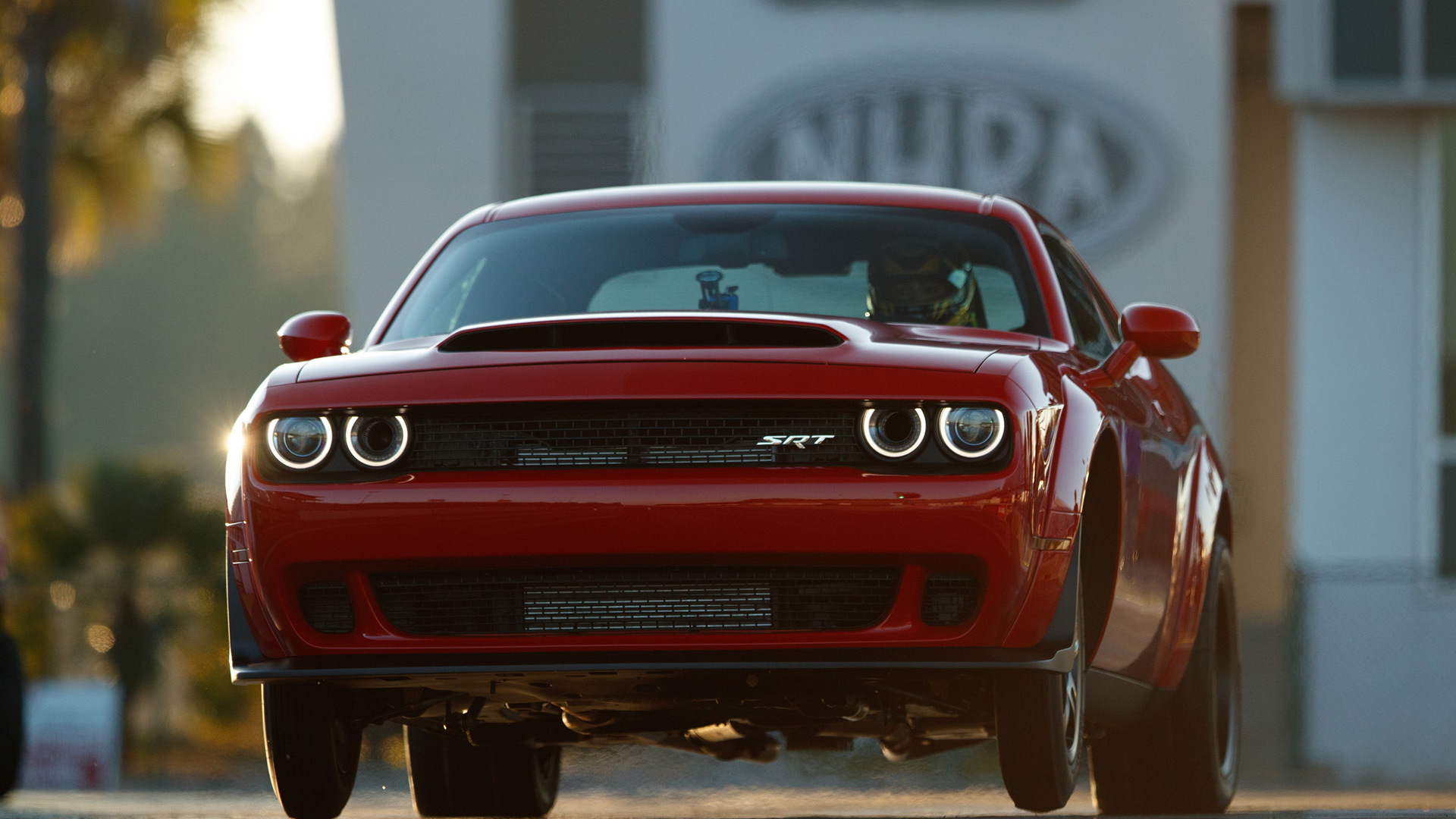 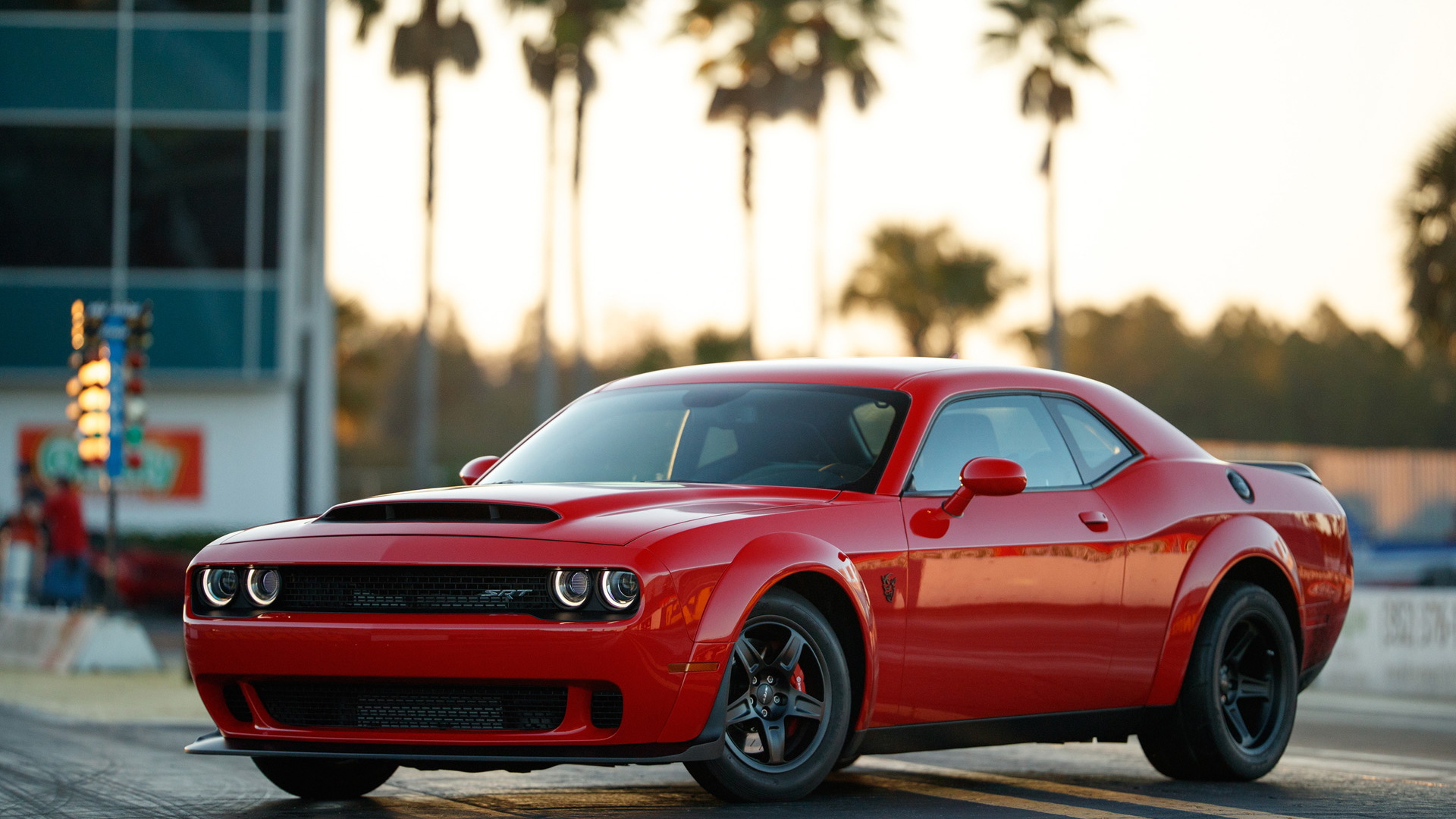 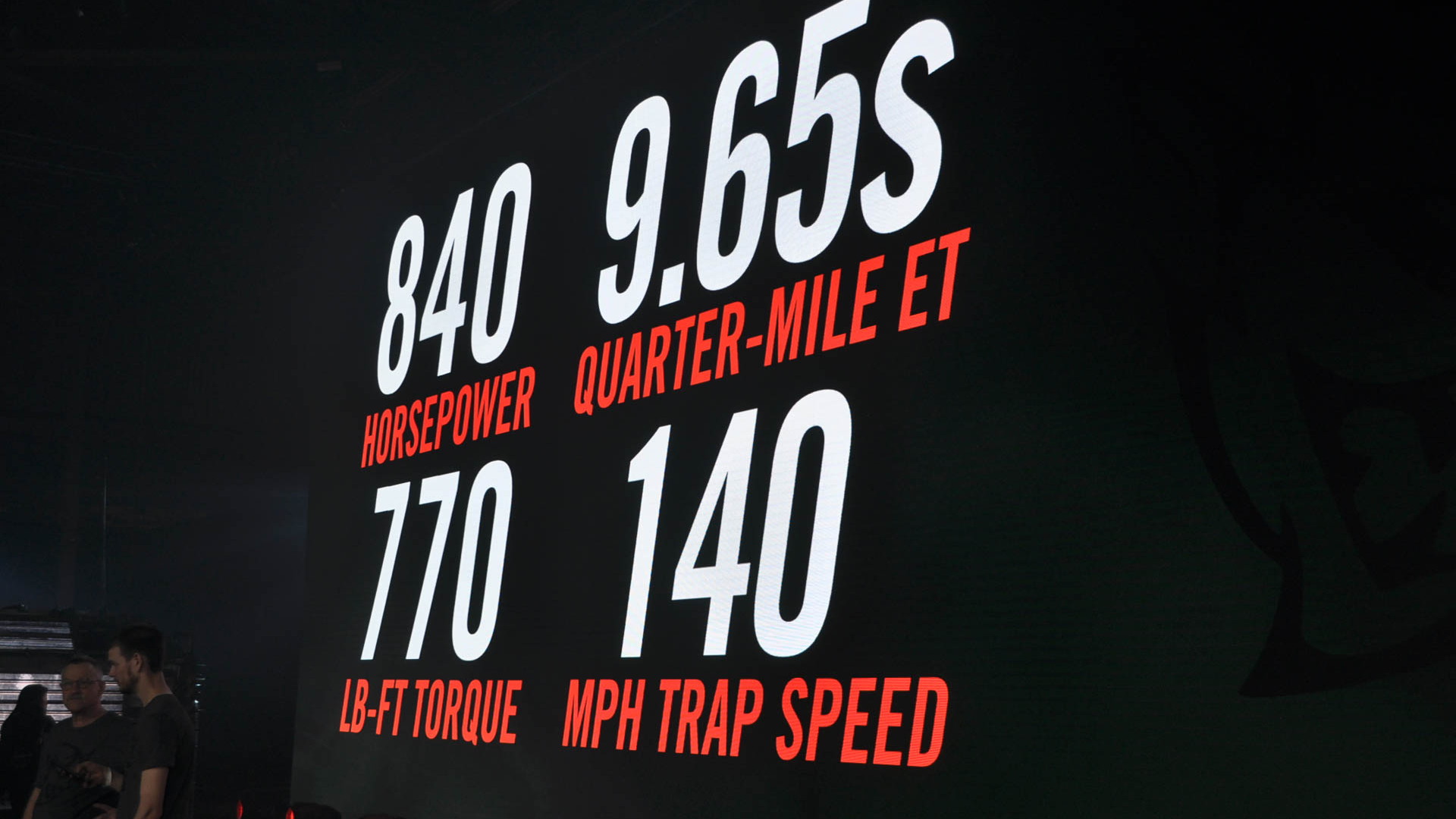 Dodge will tell you that the Challenger Hellcat can run an 11.20 ET in the quarter mile, a number that can go as low as 10.80 with drag radials. But Dodge didn't build the 707-horsepower Hellcat as a drag car. It built it as an everyday muscle car, and getting its (relatively) skinny  275-millimeter wide tires to hook up even on a rubber-coated dragstrip is really hard. I know. I tried it and the best I could run was a 12.20, and no journalist at the event did better than an 11.80.

But the 2018 Dodge Challenger SRT Demon is a completely different beast. From the outset, this 840 hp monster was designed to be a drag machine. It comes with some very specific dragstrip features: wider and stickier tires because Dodge worked to hold back the power until it can be properly unleashed and perhaps most importantly, an adaptive suspension modified to create amazing amounts of weight transfer.

To learn just how Dodge managed to make a 4,280-pound car run a 9.65 quarter mile and a 2.3-second 0-60 mph time, Motor Authority sat down with Tim Kuniskis, Head of Passenger Car Brands for Fiat Chrysler Automobiles at the New York auto show and combed through the nitty gritty. Here is what we learned.

Dodge conducted all of its testing at a dragstrip, and that means that the lost rubber of 10,000 previous cars helped the Demon hook up and go from the starting line. You won't be able to achieve these numbers on the street, so don't even try.

The car was run in stock condition, but with all the goodies. It was outfitted with the Direct Connection powertrain controller, had no passenger seat or rear seat, and it used 100-octane racing fuel.

CHECK OUT: Dodge can't stop dealers from pricing Demons above MSRP, but is taking some measures

The skinny frontrunners from the Demon Crate were used up front and the 315 mm wide Nitto NT05R tires out back ran about 19-20 psi.

Unlike some drag slicks, those Nitto tires aren't screwed to the rim. Instead, Dodge knurled the beads on the rims to help prevent the tires from slipping on the wheels. Each rim also has a slip indicator, so racers can see if the tires are slipping at all.

"If you look at the wheel, you see a little demon tail engraved in the side of the wheel. So, you put a chalk line on the tire next to the tail to see if you get any slip," Kuniskis said. "If you get any slip, shit, you better put some more air pressure in there and figure out what's going on. If you get slippage, you could get a blowout."

Dodge holds back power in two ways at the starting line: through the use of a trans brake and through what it calls torque reserve.

Torque reserve shuts off the fuel to individual cylinders and manages the spark advance to keep the torque low enough to prevent the car from spinning the tires or sending too much torque through the trans brake. However, it also allows the engine to spin up faster to allow the supercharger to build up 8 pounds of boost at the starting line. "You don't want to blow the tires away or put to much stress on the trans brake, so we hold that back, and that's why you hear that weird sound, dut-dut-dut-dut-dut-dut-dut. The car is misfiring so it can run a faster rpm to build boost but not build all the power," Kuniskis explained.

The trans brake locks up four clutches in the transmission at the same to confuse the transmission and also adds a little brake pressure. Dodge also adds just a bit of torque to the driveline to keep it preloaded, eliminating any slack and making for less violent launches.

The trans brake is controlled by a button that the driver activates with a finger at the starting line.

Together, the torque reserve and trans brake allow the Demon to launch at higher rpm and with much more torque than the Hellcat.

Kuniskis explained the difference: "A regular Hellcat today, which is an amazing performance car, with drag radials can run 10.80s. We launch that car just barely over idle--1,700 rpm, 1,600 rpm. You're not into boost. You have zero boost at that point because as soon as you get into boost you're going to overpower the brakes and you're going to spin the tires."

While the Demon launches at 1,800 rpm in stock form, the trans brake's stall speed can be adjusted all the way up to 2,350 rpm, which Kuniskis says is the perfect launch rpm if the car has unlimited traction. He also says that many buyers will opt to set aside the Nitto tires and buy drag slicks, which could provide that traction.

"That would be the best burnout machine in the world if we didn't take the next step," Kuniskis quipped.

Why? Because the tires need to hook up and to do that the weight has to transfer to the rear end.

"As kids we'd go to the strip and we'd drill holes in our front shocks, let all that oil drain out. We'd take our front sway bars out. The front suspension would be super loose. It would transfer weight like crazy, put all the weight on the back of the car, allow you to hook up," Kuniskis said.

Of course, that made the cars handle horribly. Today's technology allows the same effect without the drawback.

Kuniskis broke it down: "Today, with electronics I can give you that same weight transfer. I can go to full soft rebound, so I can let the front end lift. Now, normally the back would then dip. I hold the back firm. I take the back tires, which have a sidewall. It crushes that sidewall and allows it to absorb that shock and now spin. When you do that, 2,576 pounds is transferred from the front of the car to the back of the car. It turns it into a teeter totter, puts no weight on the front, makes the front end lift, and carries the front end for 35 inches."

In other words, when that trans brake button is released, 2,576 pounds transfers front to rear, the rear tires wrinkle and bite, and the car does a wheelie and carries it for almost three feet just a couple inches off the ground. That type of launch allows the Demon to put up both the 2.3-second 0-60 mph time and the 9.65 quarter-mile ET at 140 mph.

The work Dodge put into the Demon to turn it into a dragstrip beast has made it the fastest factory car in a straight line in both the 0-60 mph run and the quarter mile. That's quite an accomplishment, and we get the feeling that those numbers are much easier to achieve than they are with the Hellcat.