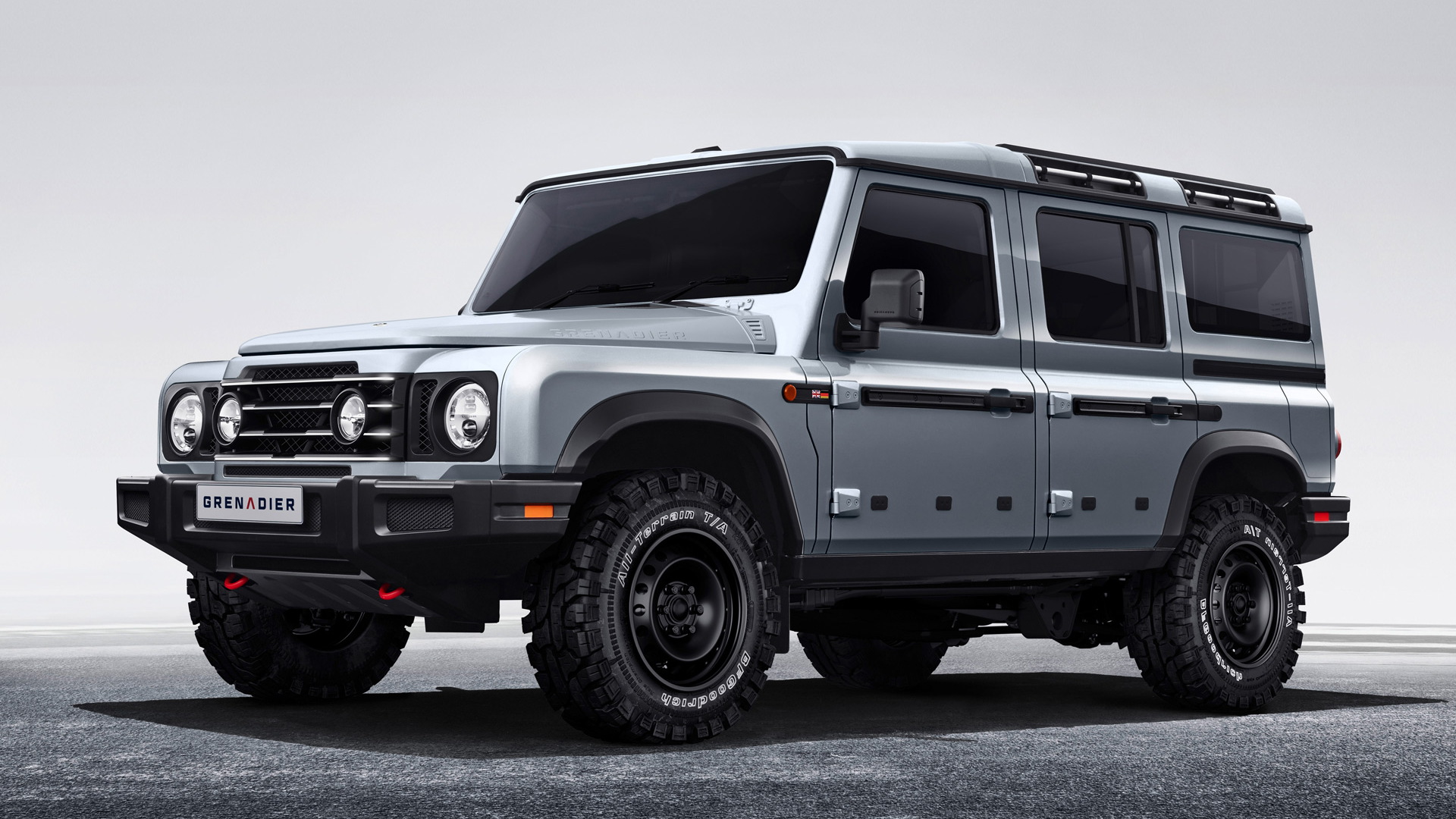 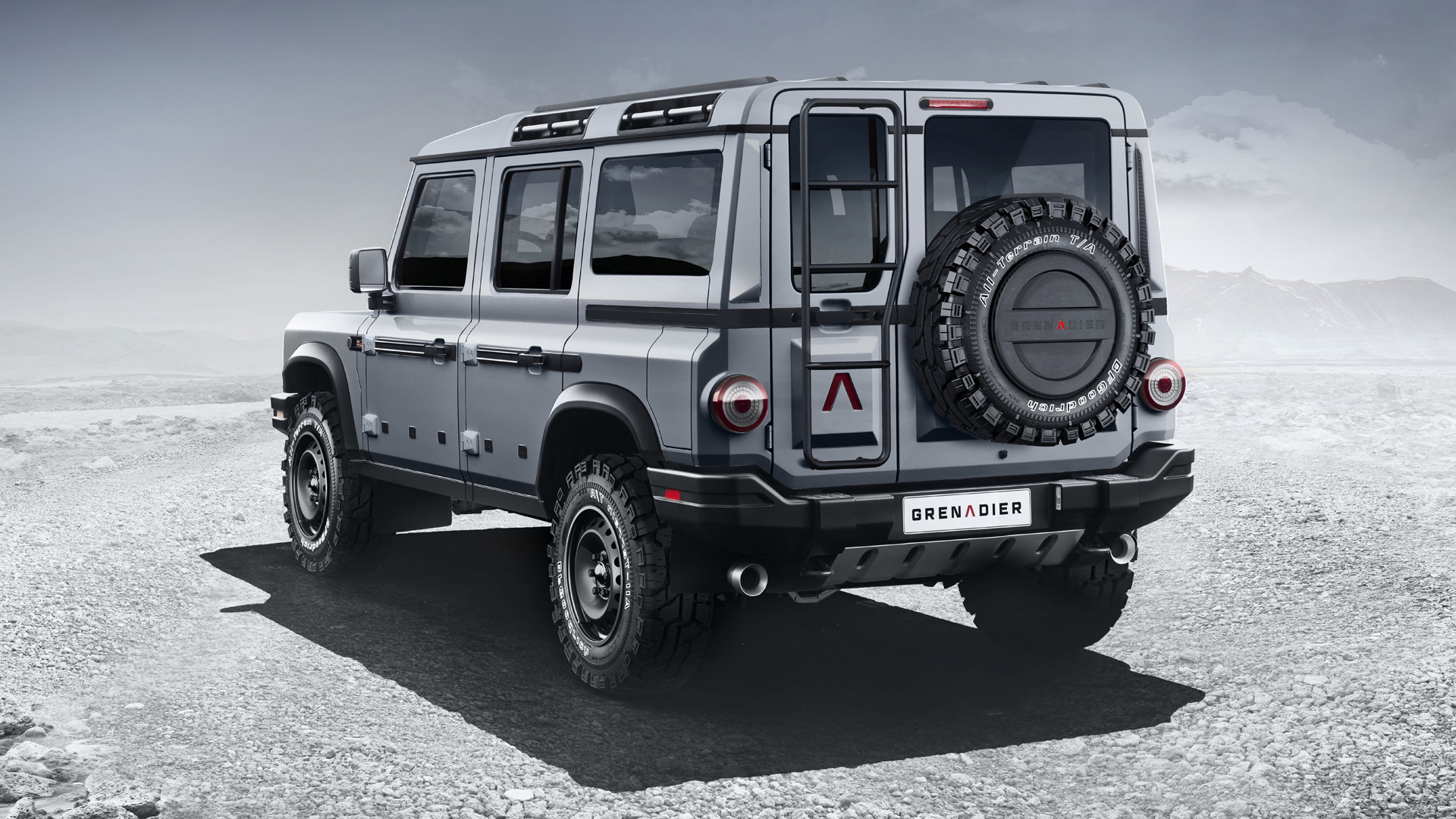 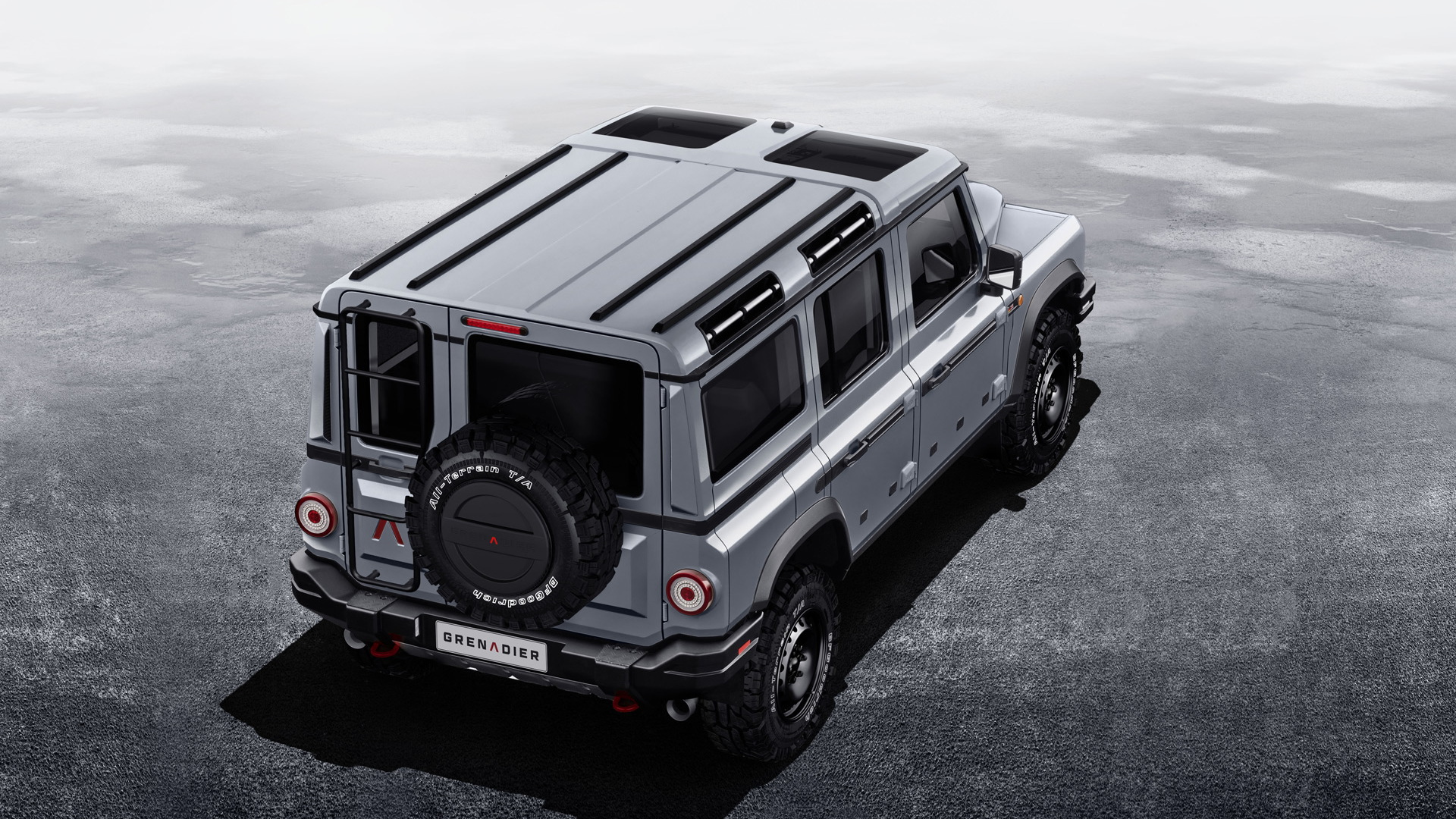 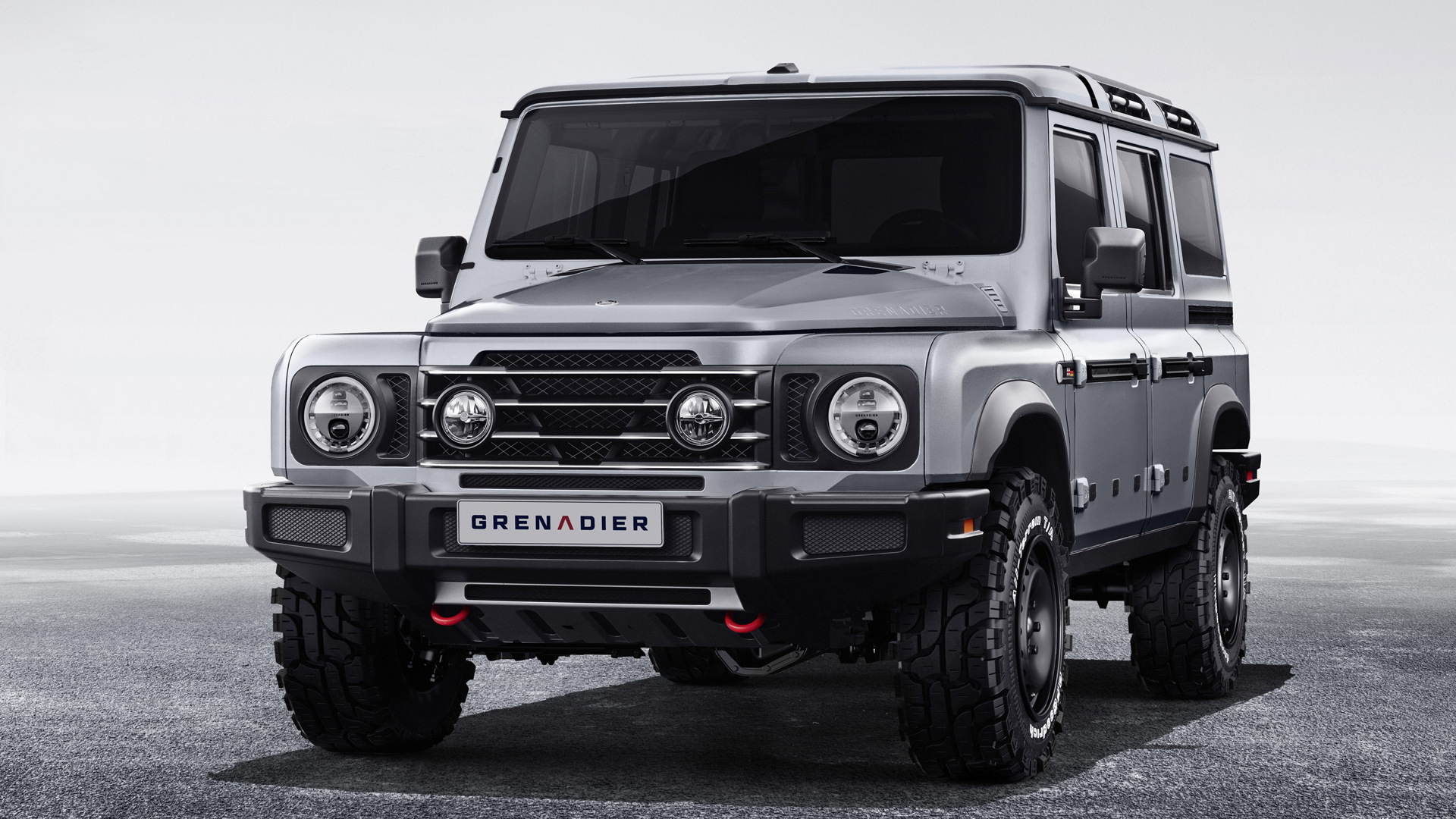 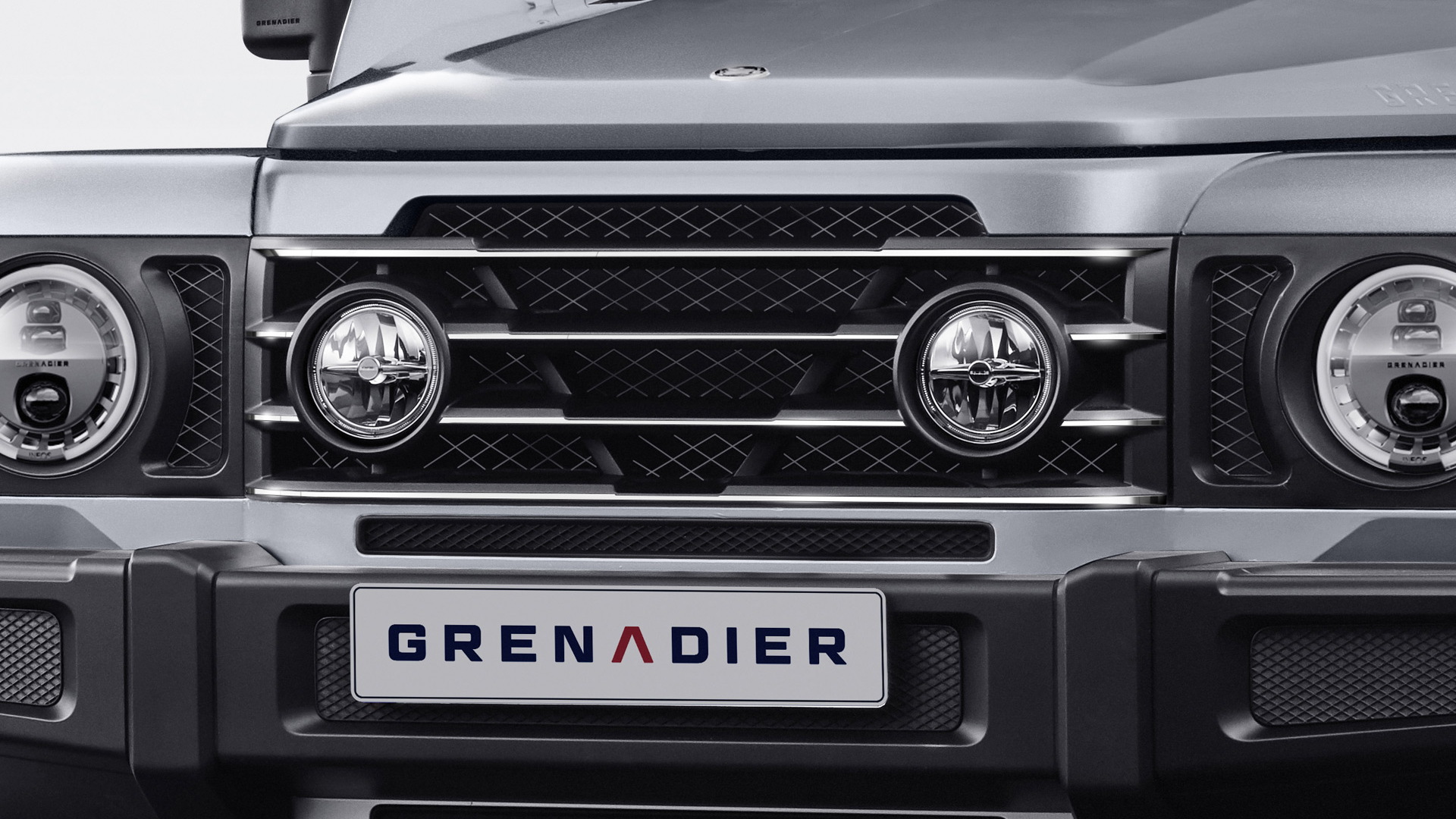 The rugged, utilitarian off-roader being developed by British chemicals giant Ineos has been revealed, and it looks a lot like the previous-generation Land Rover Defender, whose void in the market it was designed to fill.

Ineos' new off-roader is called the Grenadier, and it will come in both five-door SUV and four-door pickup body styles. Production is due to start in late 2021 at a plant under construction in Bridgend, Wales. The site is only 30 minutes drive from where Aston Martin has built its new St Athan plant, the home of the DBX.

Ineos, a company with $61 billion in revenues last year, first announced plans for the Grenadier in 2017. Ineos chief Jim Ratcliffe was prompted to develop the vehicle after Land Rover announced it was ending production of its original Defender.

Seeing that there was still demand for a rugged, no-frills off-roader from the mining, forestry and agricultural industries, as well as from enthusiasts, Ratcliffe wanted to continue offering a vehicle like the original Defender. He originally tried to buy the rights to the original Defender from Land Rover but was knocked back, so instead he formed Ineos Automotive to come up with his own vehicle.

The Grenadier is based on a bespoke platform developed with the help of Austria's Magna Steyr. Magna helped Mercedes-Benz develop the G-Class and still builds the iconic SUV to this day, so it's no surprise that the Grenadier bares a little resemblance to the G-Class as well.

The platform is a true off-roading design with body-on-frame construction, solid axles with panhard rods front and rear, and progressive coil springs. To help reduce weight, the body is made from a mix of aluminum, high-strength steels and even some composites.

Powertrains will be sourced from BMW and include 3.0-liter turbocharged inline-6 options in both gasoline and diesel flavors. The number of engines supplied annually is expected to however in the 5-digit range. An 8-speed automatic with a low-range transfer case will be standard.

Ineos is yet to reveal the interior of the Grenadier. That will be revealed closer to the start of production. For now, the team is focused on putting prototype versions through a rigorous test program that will see them cover over one million miles.

Artist's impression of Ineos Grenadier plant to be constructed in Bridgend, Wales

For Ineos, the aim is to sell the vehicle worldwide, which means we could potentially see it in the United States. The company has said pricing will depend on how many orders it secures but has hinted at a starting price of less than $65,000.

And in case you were wondering, the Grenadier name, which is an old word for a specialized soldier, was picked by Ineos due to it also being the name of a pub in which the new SUV was conceived.