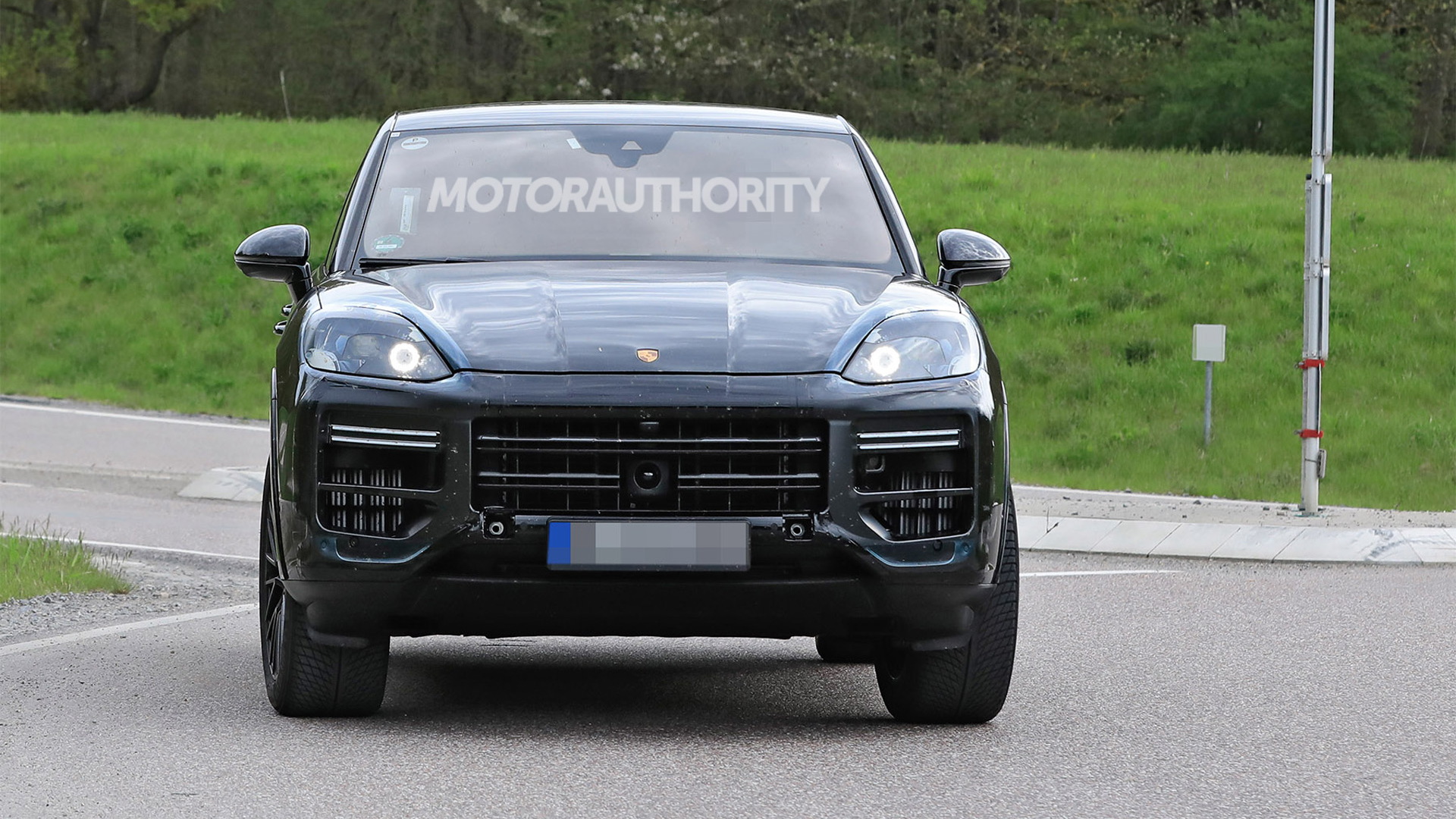 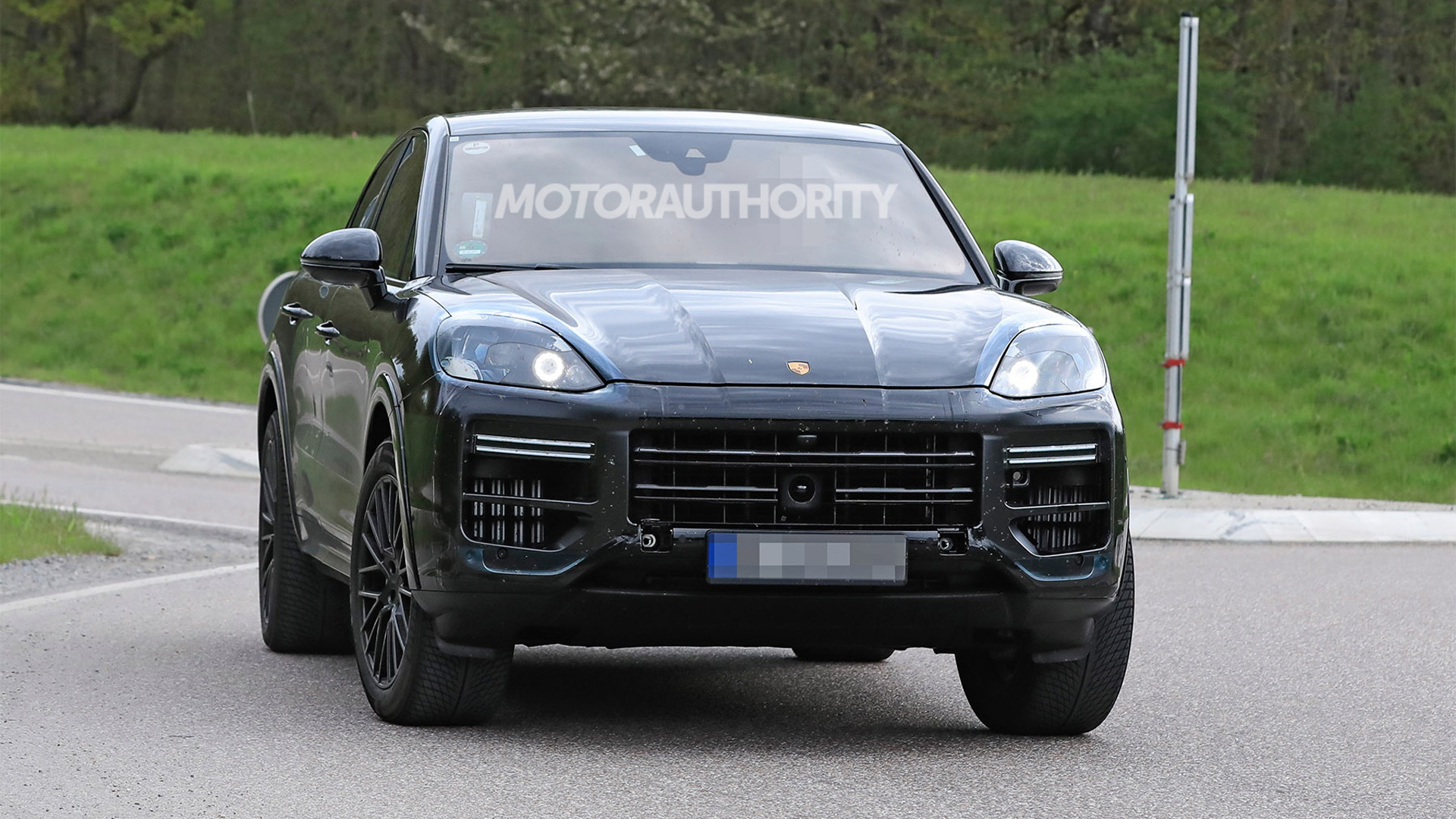 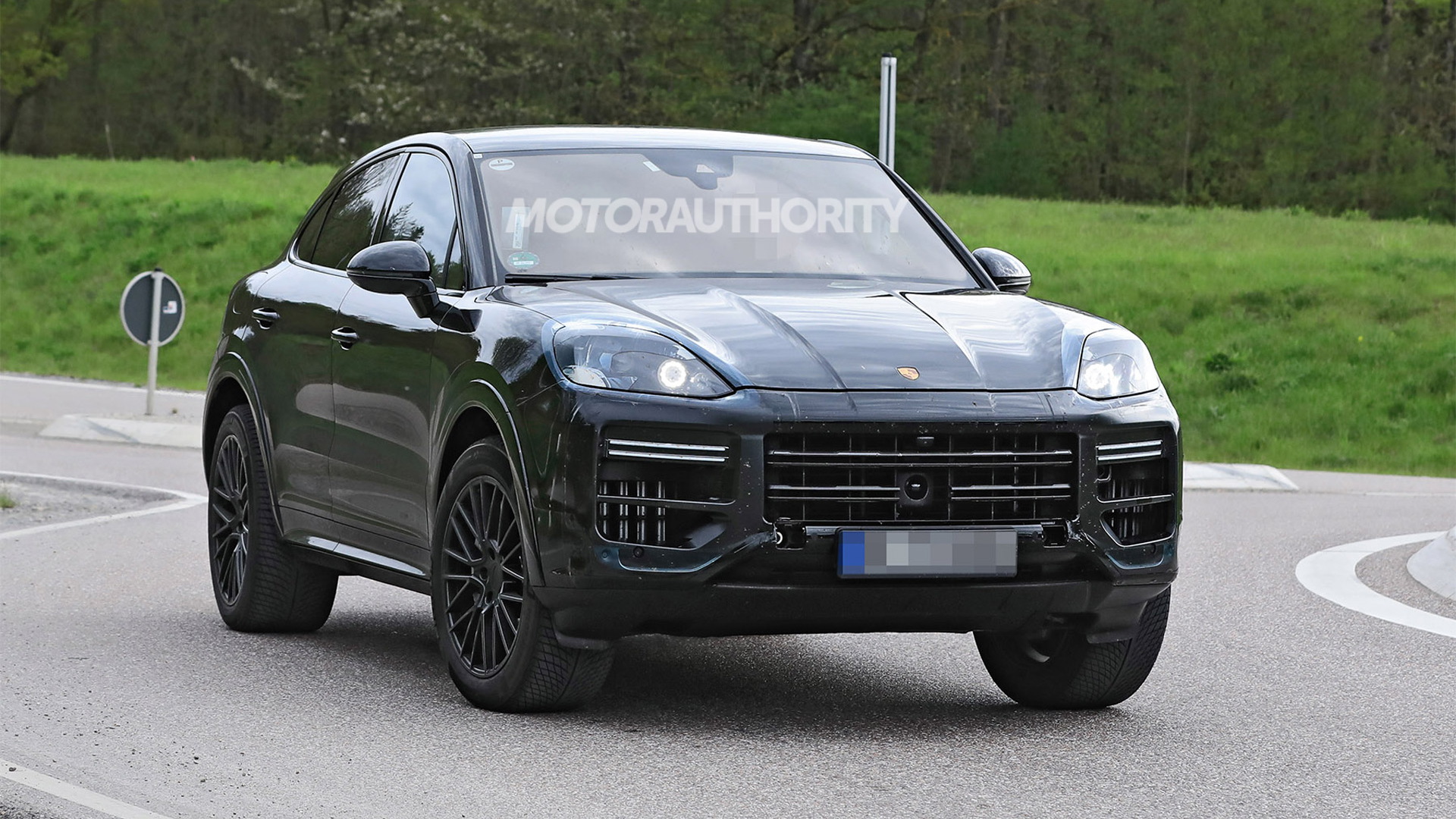 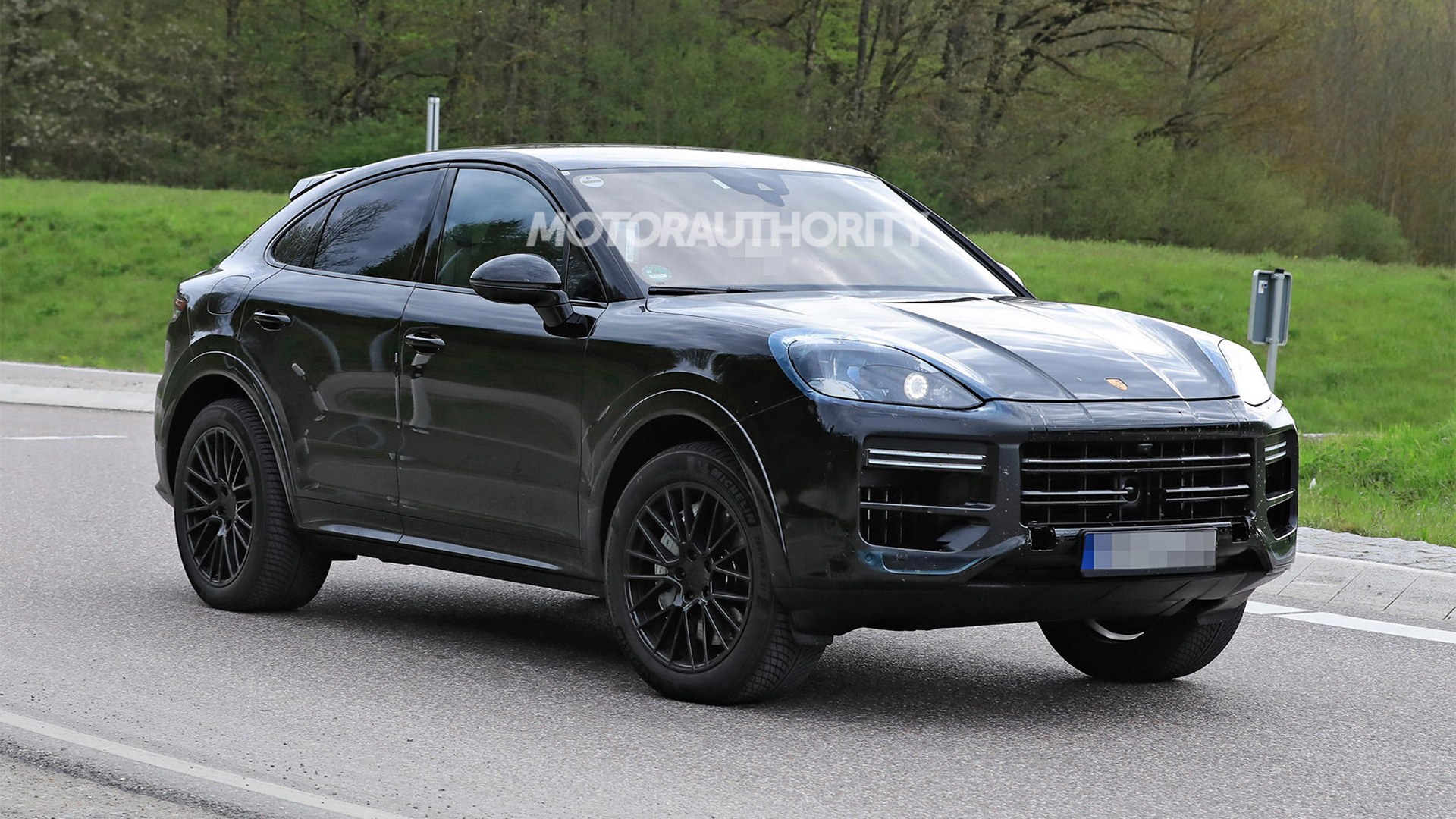 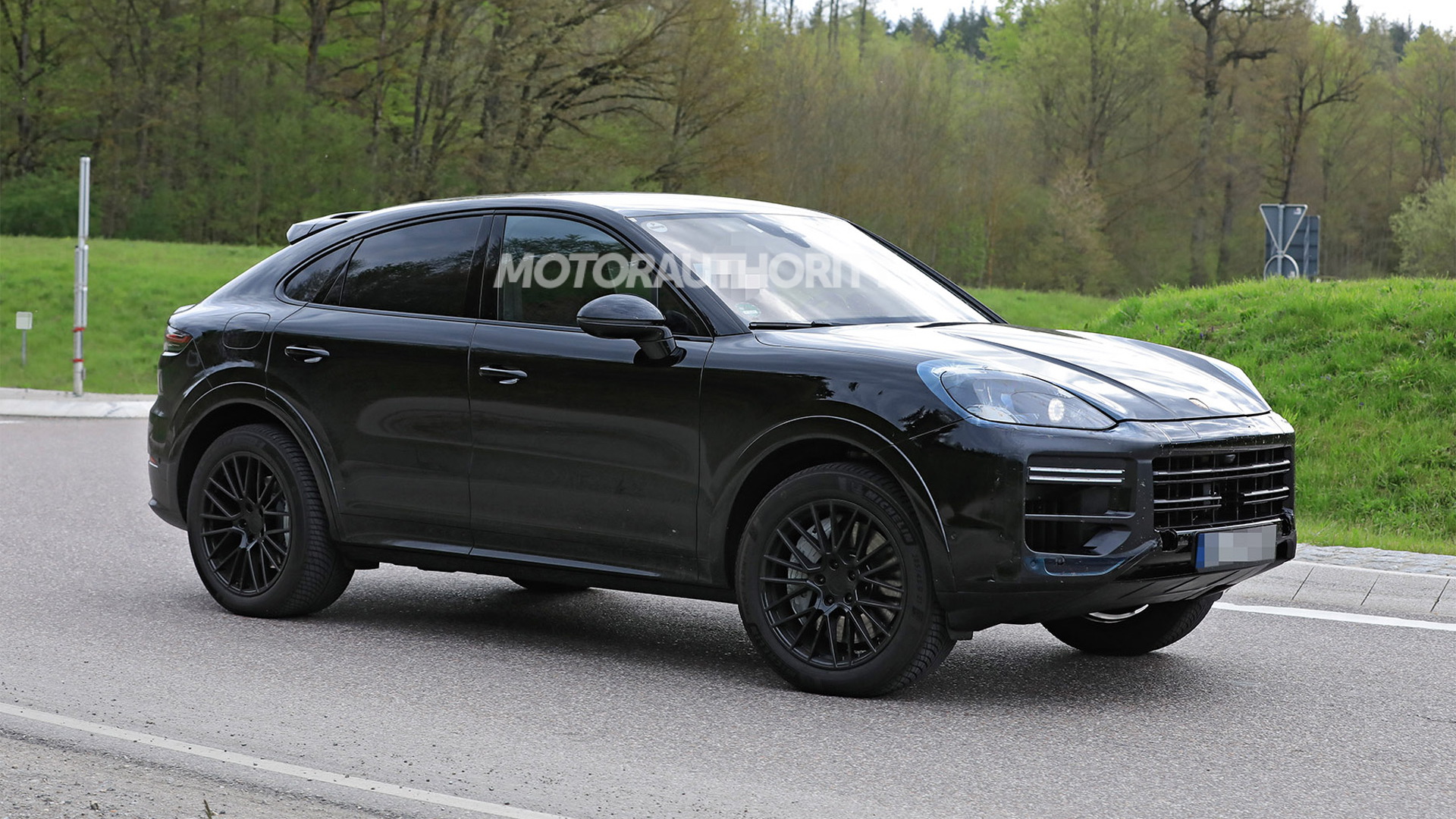 Porsche engineers have been spotted testing a prototype for an updated version of the Cayenne Coupe.

The Cayenne Coupe, as the name suggests, is a coupe-like version of the Cayenne designed to tackle high-end versions of the BMW X6 and Mercedes-Benz GLE Coupe, and it first arrived on the market in 2019 as a 2020 model.

This updated version should arrive in 2022 as a 2023 model. Its arrival will coincide with the arrival of updated version of the regular Cayenne, prototypes for which are also out testing.

The Cayenne Coupe prototype shows the new face that Porsche plans for the entire Cayenne range. The key change is the squarer design for the headlights. There's also a new front fascia with larger intakes and a pair of horizontal elements for the integrated daytime running lights. 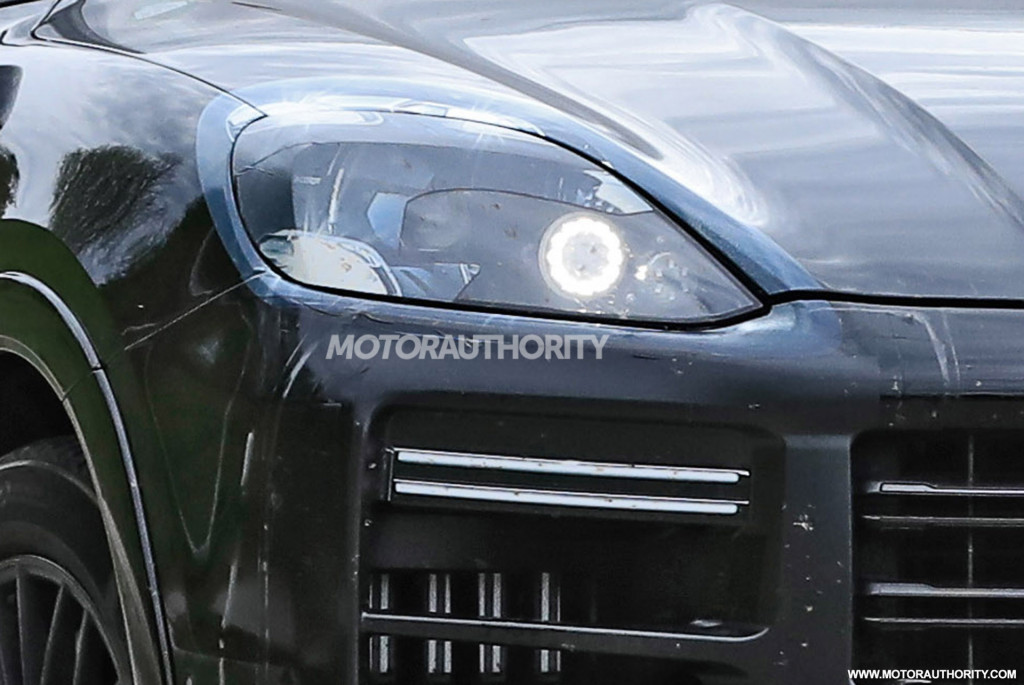 The dash was fully camouflaged according to our photographer, which points to there being changes pegged for the interior. It's possible a digital instrument cluster like the one in the Taycan electric sedan will be added.

It isn't clear what Porsche has planned for the powertrains. Typically the automaker dials up the horsepower on most grades with its updates. The lineup currently starts with the base Cayenne Coupe powered by a 335-hp turbocharged V-6, and tops out with the Turbo S E-Hybrid which pairs a twin-turbocharged V-8 with an electric motor for a combined 670 hp.

Interestingly, there are rumors of Porsche developing a more hardcore Cayenne Coupe along the lines of the 718 Cayman GT4 and 911 GT3. It could be badged a GT5, something Porsche has trademarked.