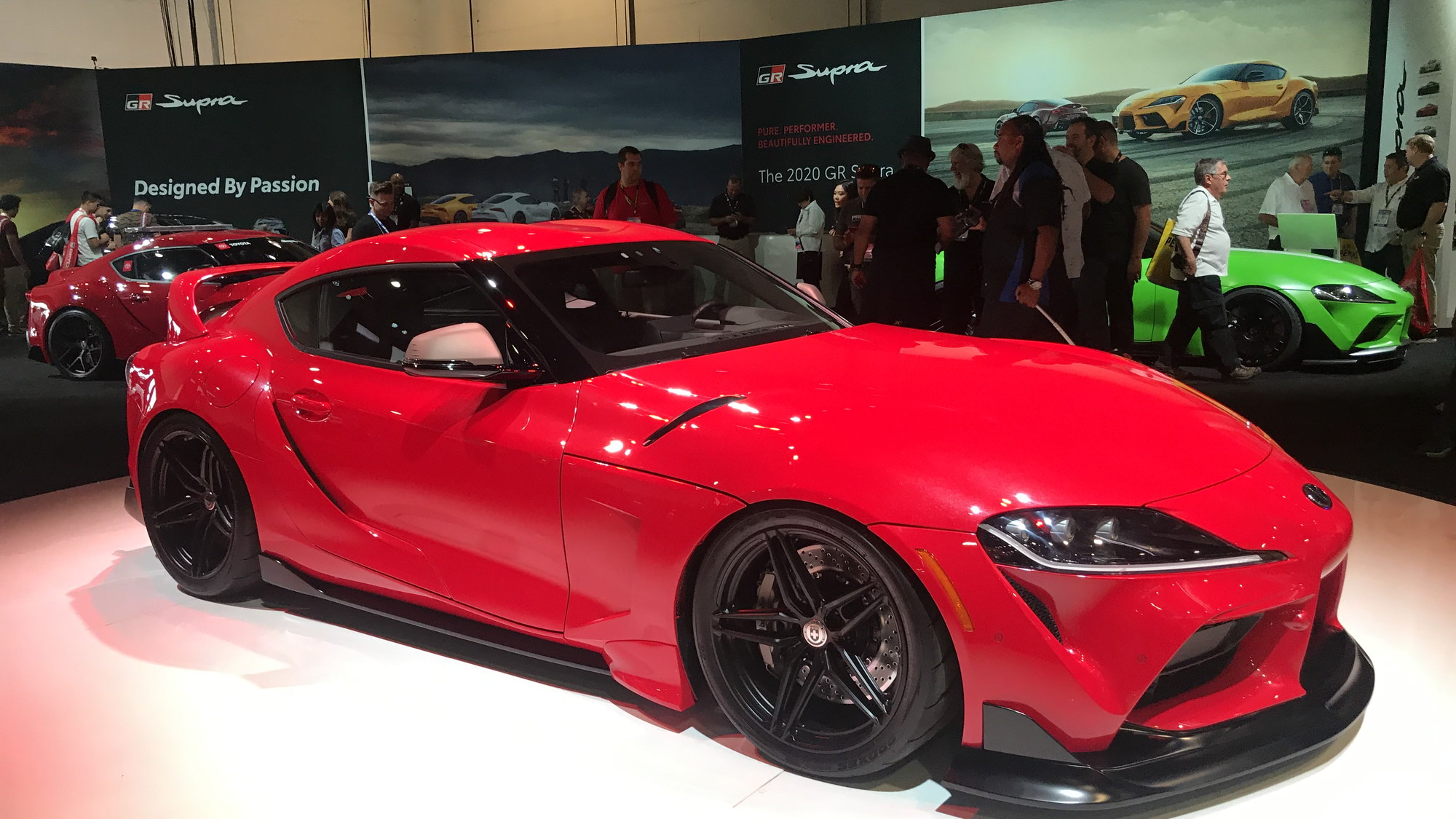 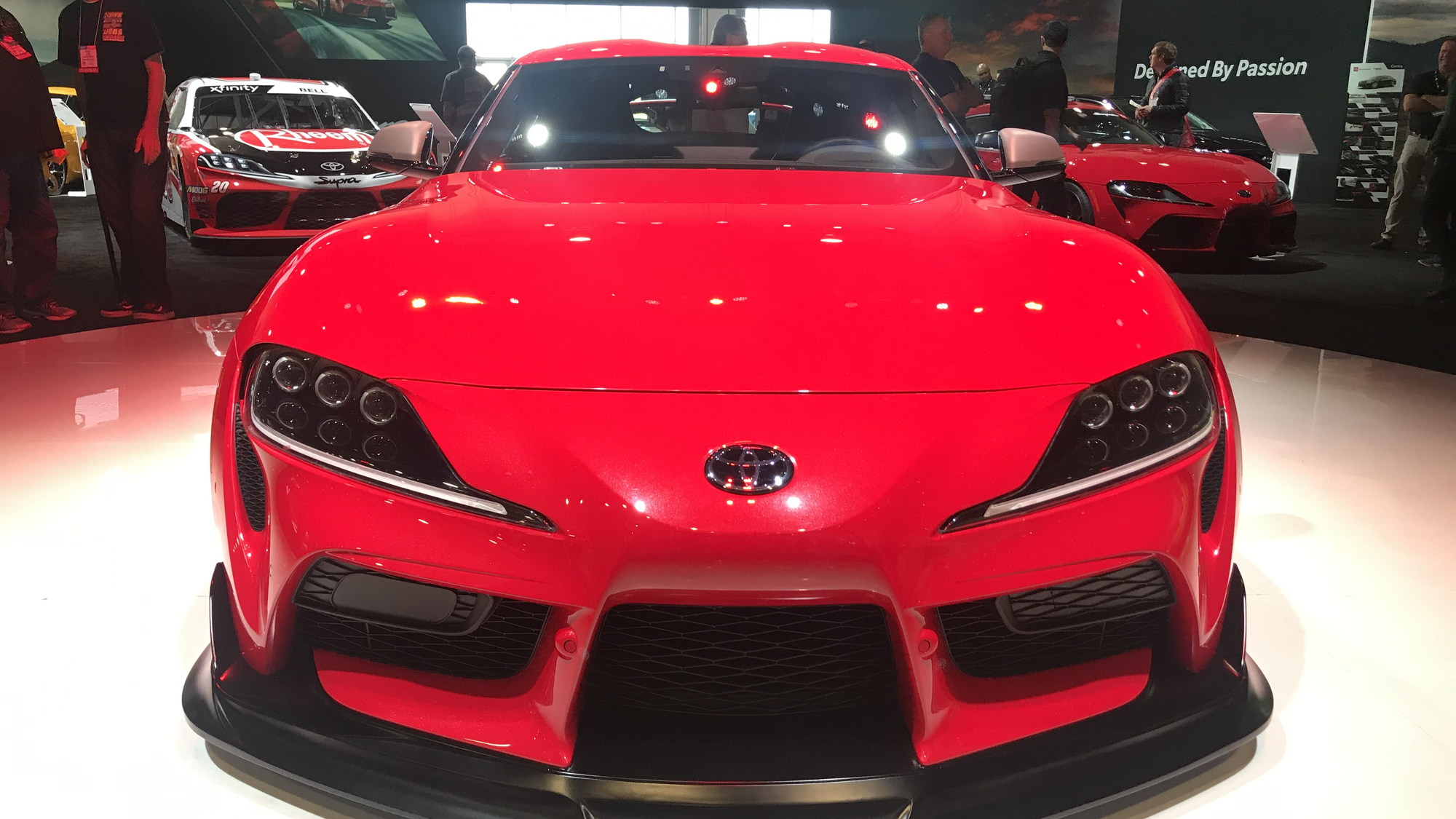 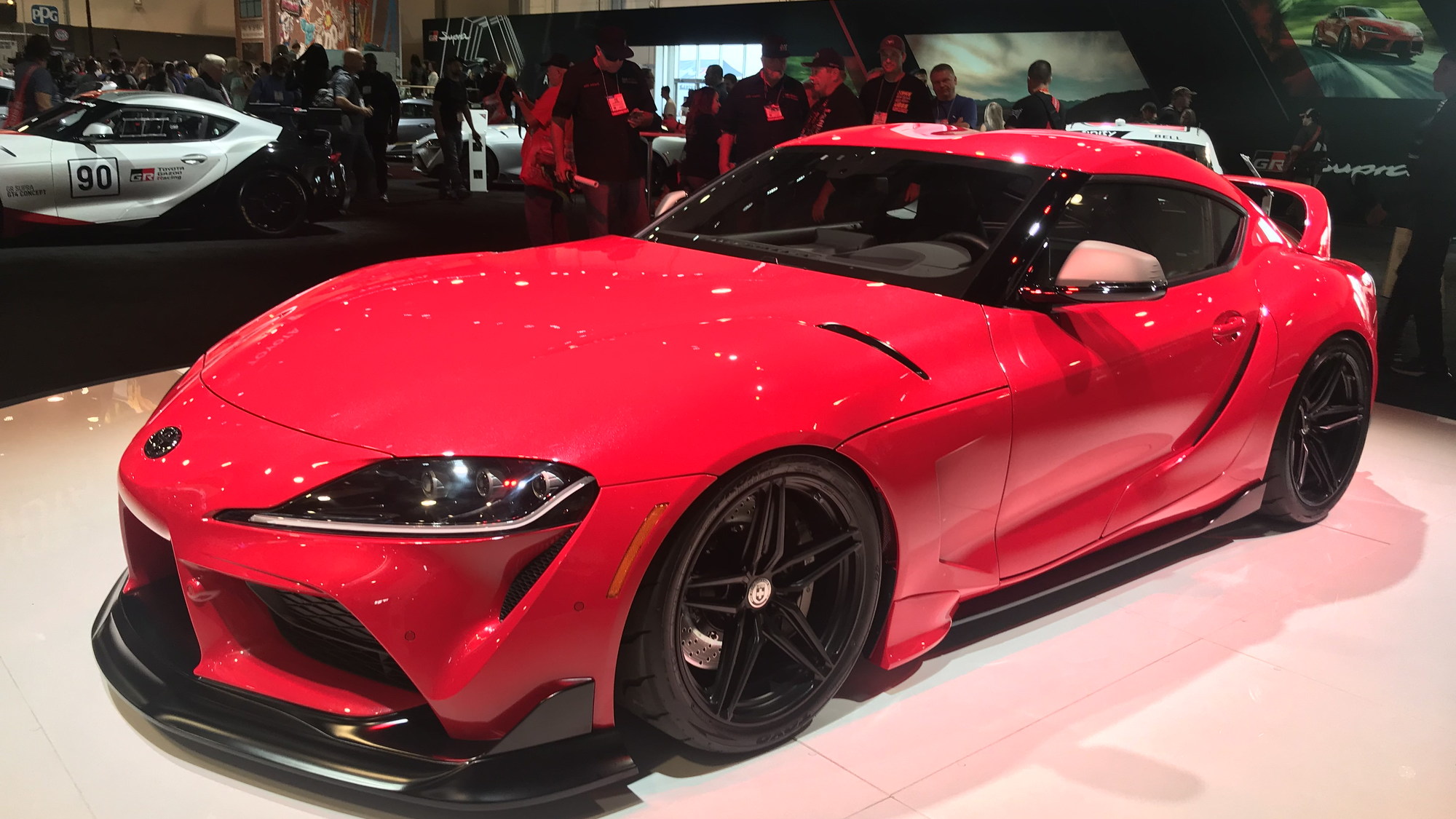 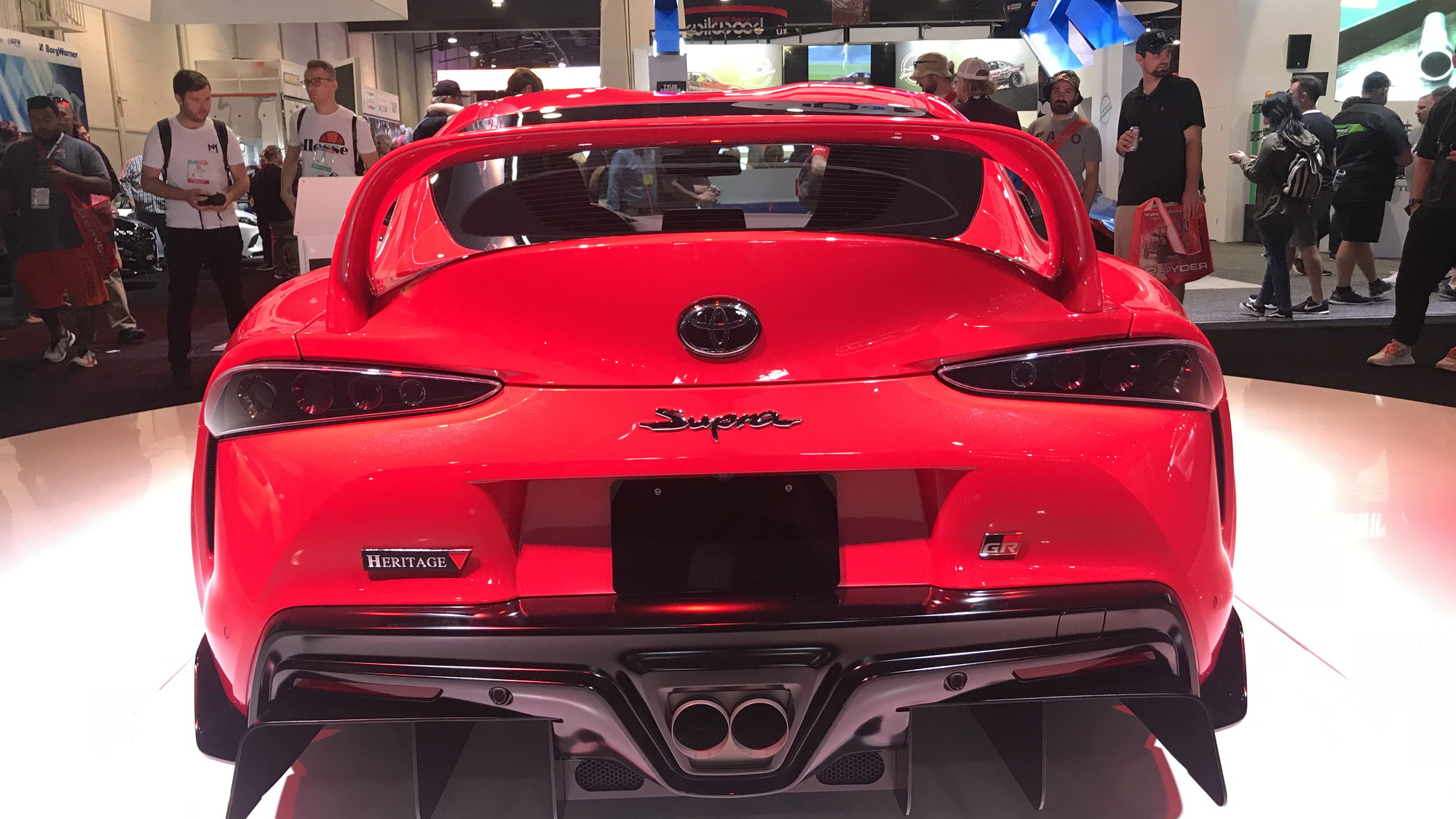 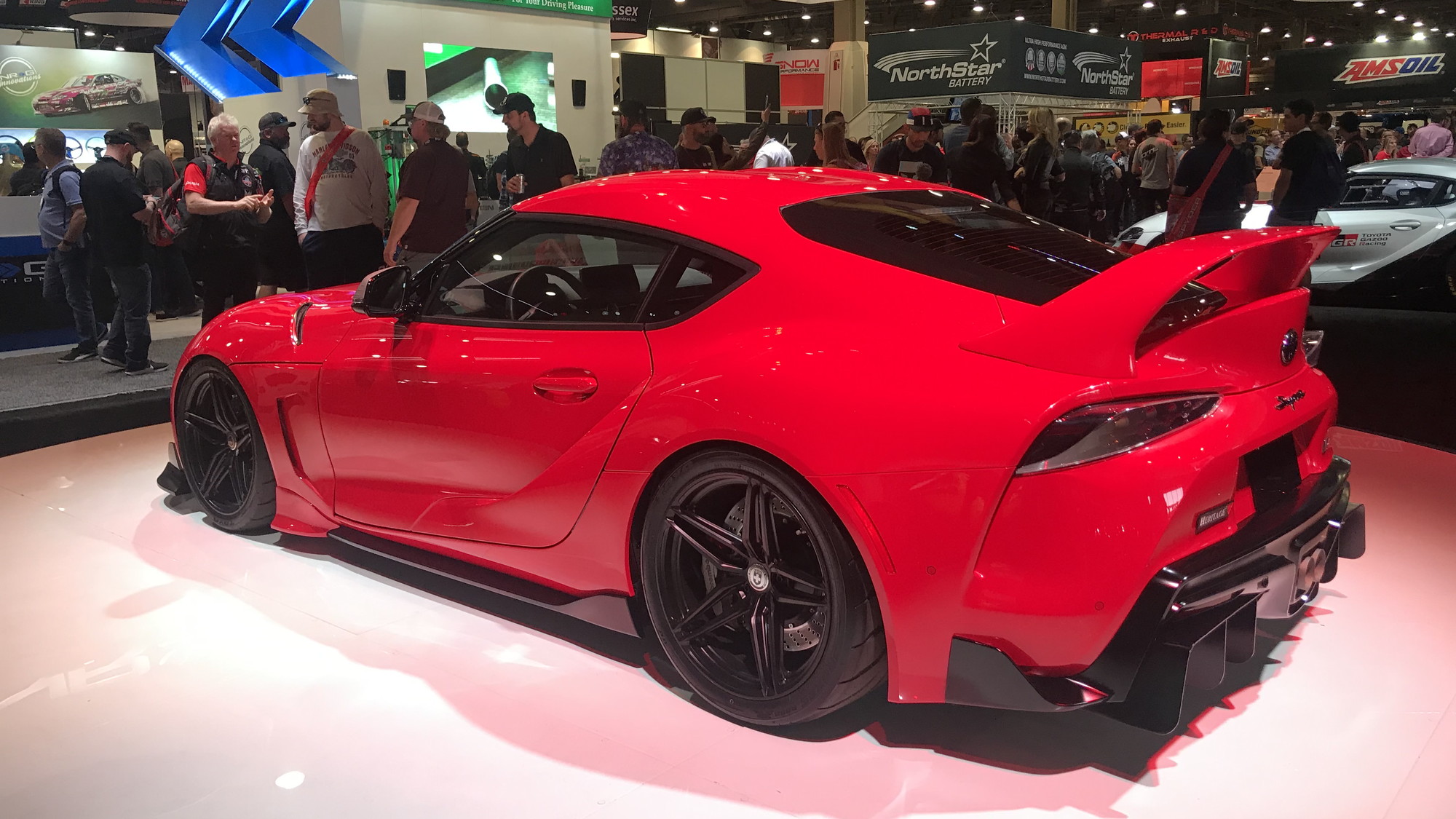 The fourth-generation Toyota Supra became an icon of the tuning scene thanks to a robust and power-friendly inline-6. Now, Toyota is looking to capitalize on that reputation with a slew of new builds based on its latest and greatest sports coupe.

The GR Supra Heritage Edition is aimed squarely at those feelings of nostalgia. This 500-horsepower build from Gazoo Racing (which was largely responsible for the Supra's development) packs serious Y2K vibes on the outside and some extra power on the inside.

The headlights and taillights on the GR Supra Heritage Edition are both custom jobs designed to mimic the iconic MkIV Supra's. Under the hood, it gets a modified turbocharger and a custom intake and exhaust. A little computer massaging brings out its 500 ponies. To fit the wide wheels and tires under the rear bodywork, the Motorsports Technical Center effectively redesigned the rear suspension.

The GR Supra Performance Line Concept by Toyota Customizing & Development is an aerodynamic showcase above all else. The custom body and winglets are designed to improve downforce and reduce turbulence. The exterior add-ons are carbon fiber, and the side skirts make this build appear lower to the ground without any suspension work. A set of Bride racing seats rounds out the package.

If power is your thing, former "Top Gear" host turned NASCAR analyst Rutledge Wood's GR Supra Hyperboost Edition build is right up your alley. This build makes use of a custom exhaust manifold that allows a larger Garrett GTX3582R turbocharger to be fitted to the engine. Total output after finessing? 750 horsepower. The team upgraded the brakes and suspension and threw on a custom widebody aero kit to back up all that added oomph.

"I love the Supra, I own two Supra MKIVs so my mind started racing, thinking about what we could do to this machine," lead builder Rick Leos said in a statement. "The GR Supra design came so naturally since the lines were already so aggressive and beautiful."

Last but not least is the Toyota Customizing & Development GR Supra 3000GT, which Toyota teased last month. Inspired by the 1994 Supra TRD3000GT tribute, this body- and suspension-focused build eschews extra power in favor of a wild body kit, big wheels and an upgraded interior. Inside, the 3000GT boasts FIA-approved Bride racing seats and an audio system overhaul from Pioneer.

The custom body work gets some help from a one-off exhaust system from HKS designed specifically to fit the new rear fascia. The exterior finish is a wrap, rather than paint. The 3000GT rides on Tein Street Advance Z adjustable coilovers and TWS Motorsport 19-inch wheels backed by Brembo GT-S monobloc brake calipers.

This is just a taste of what Toyota brought to SEMA this year, and its offerings are not limited to its new flagship sports car. If you're in Vegas, Toyota's exhibit is brimming with goodies and is located in the Central Hall.