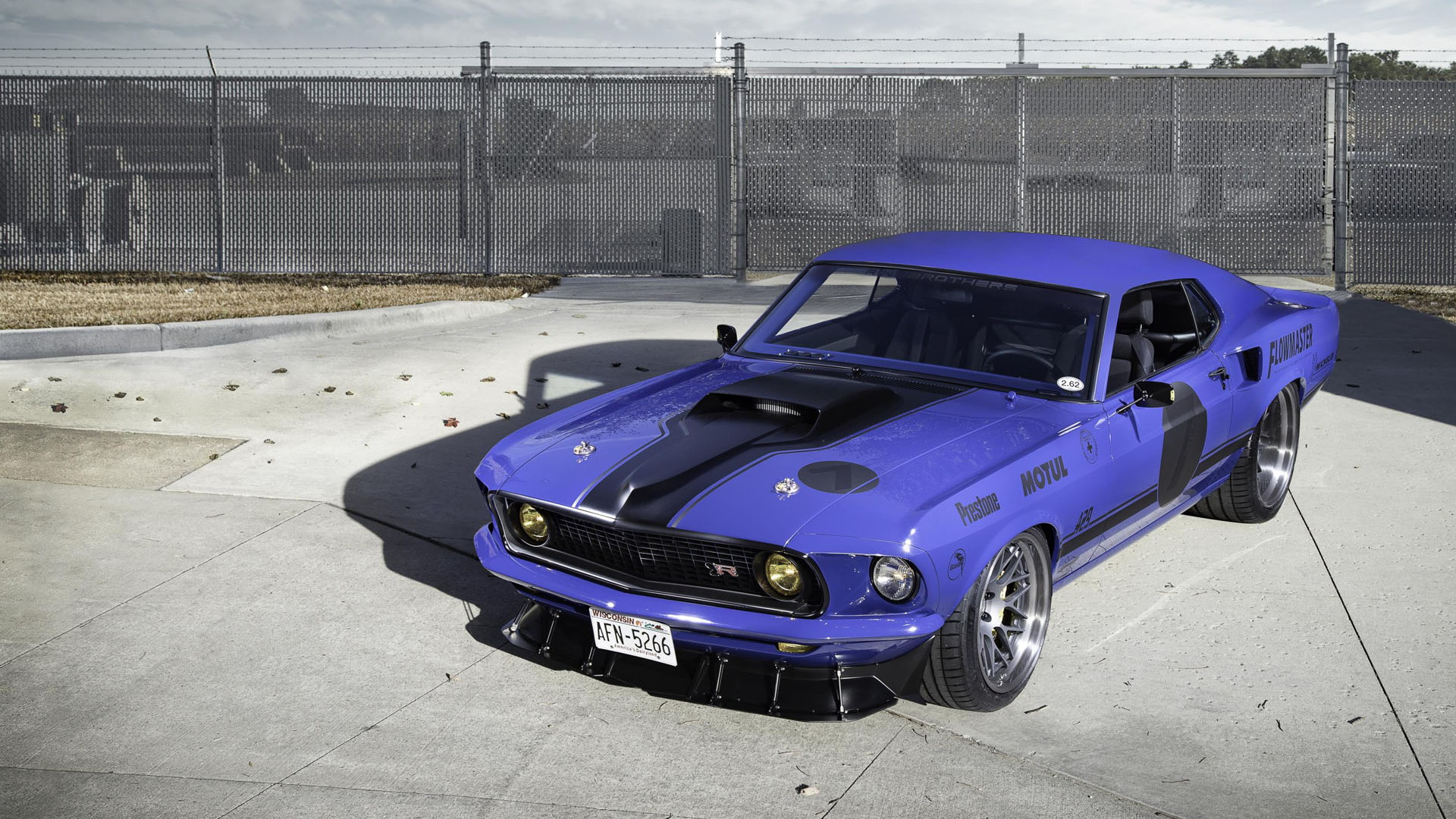 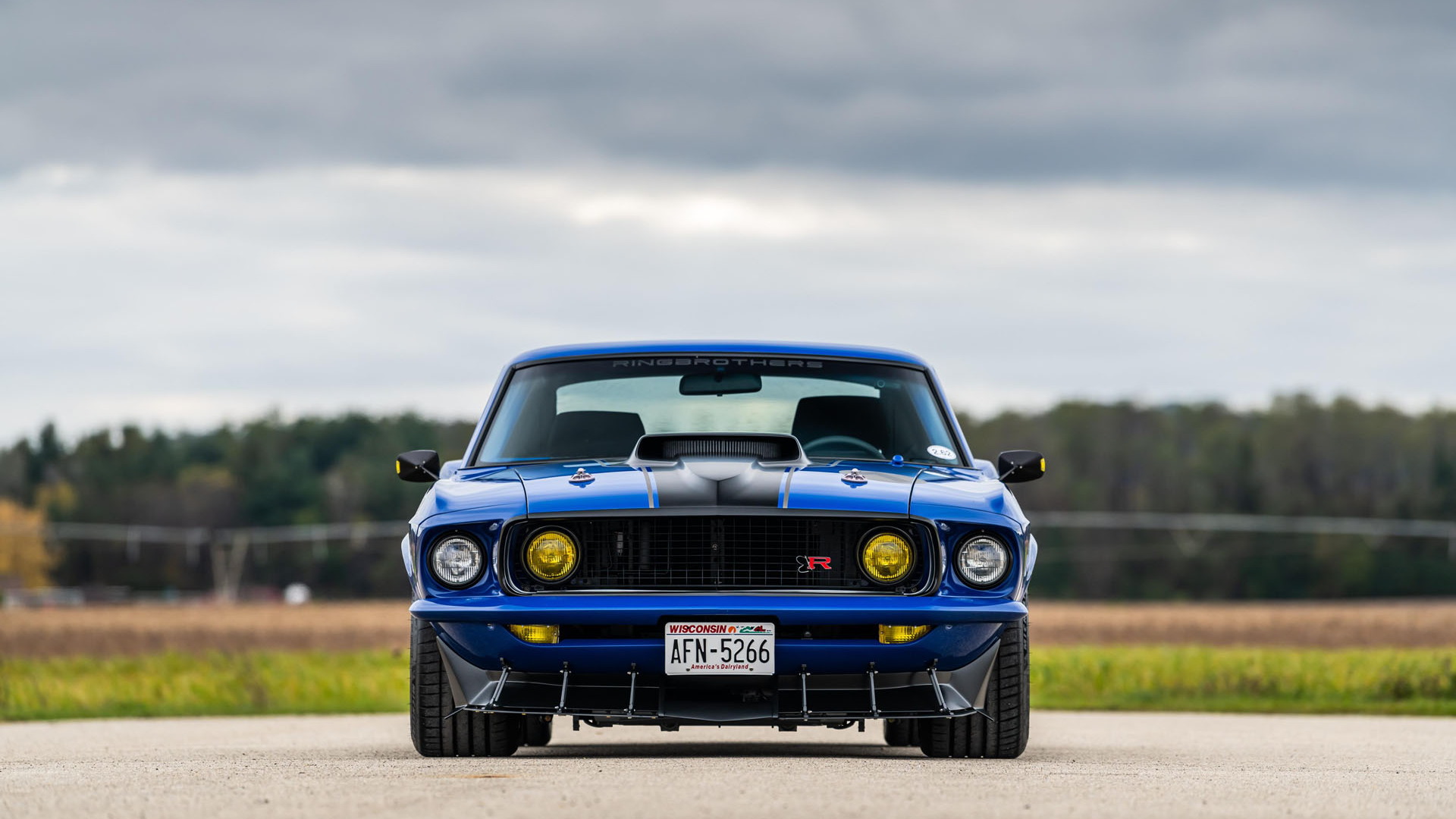 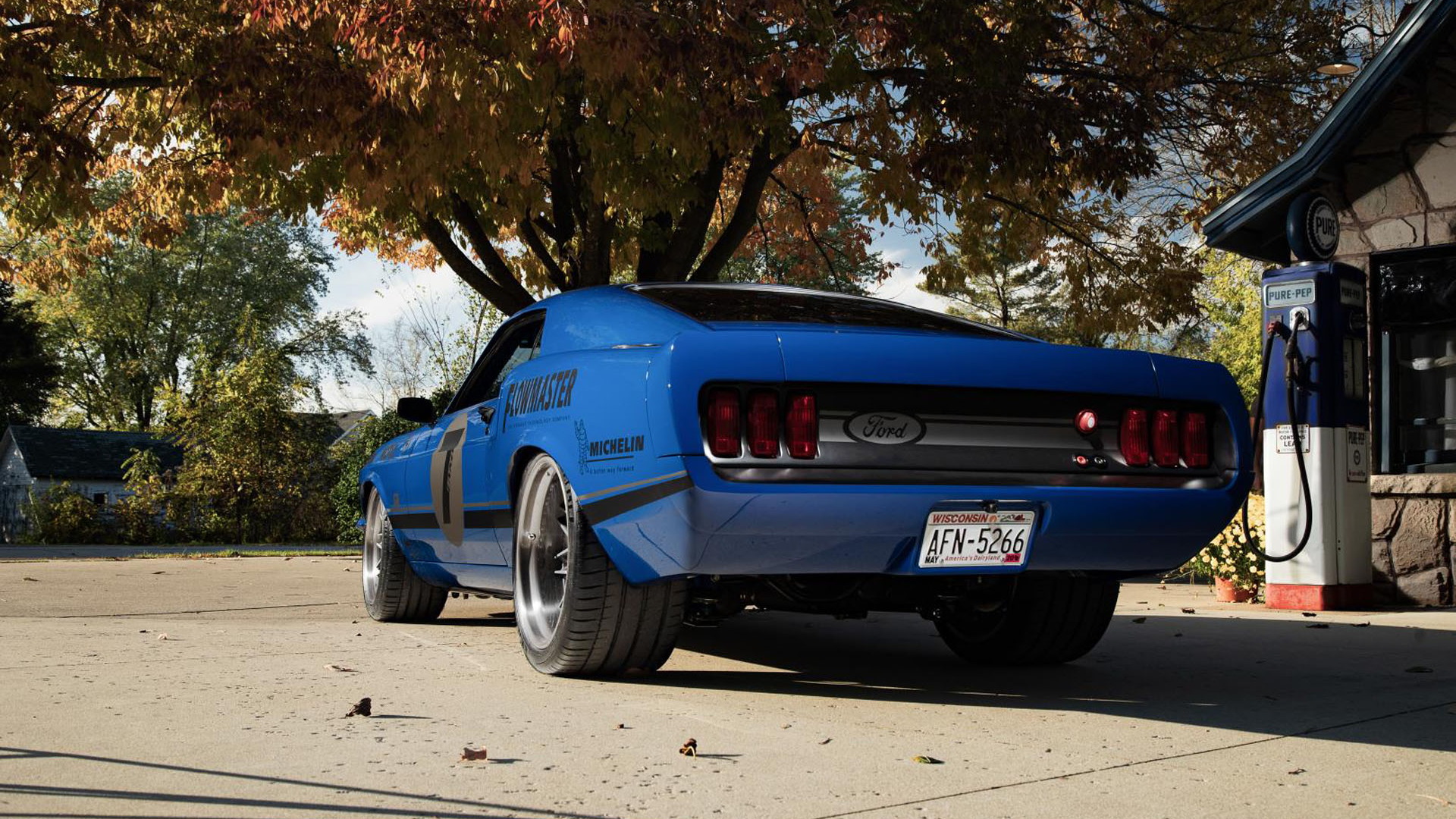 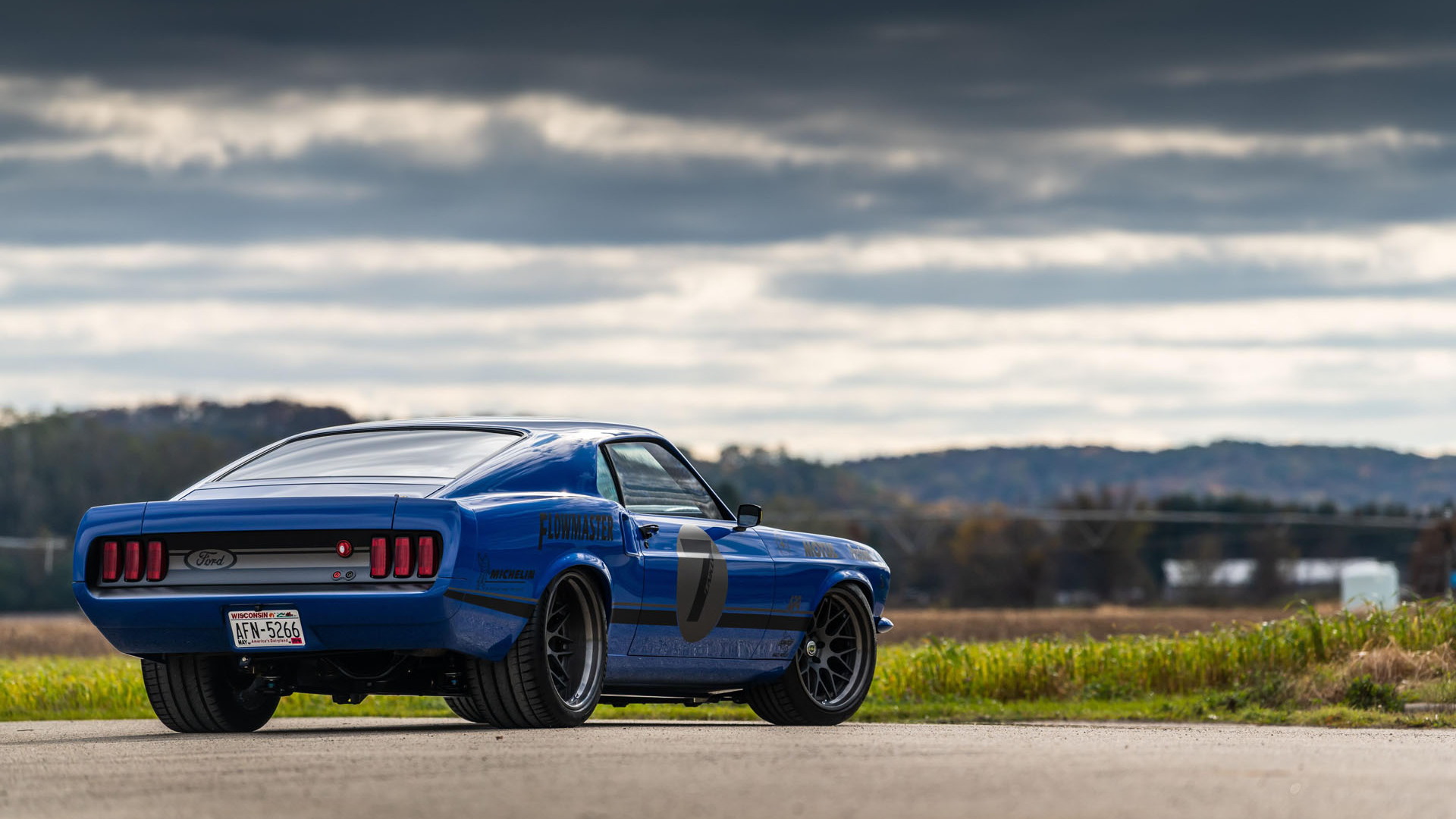 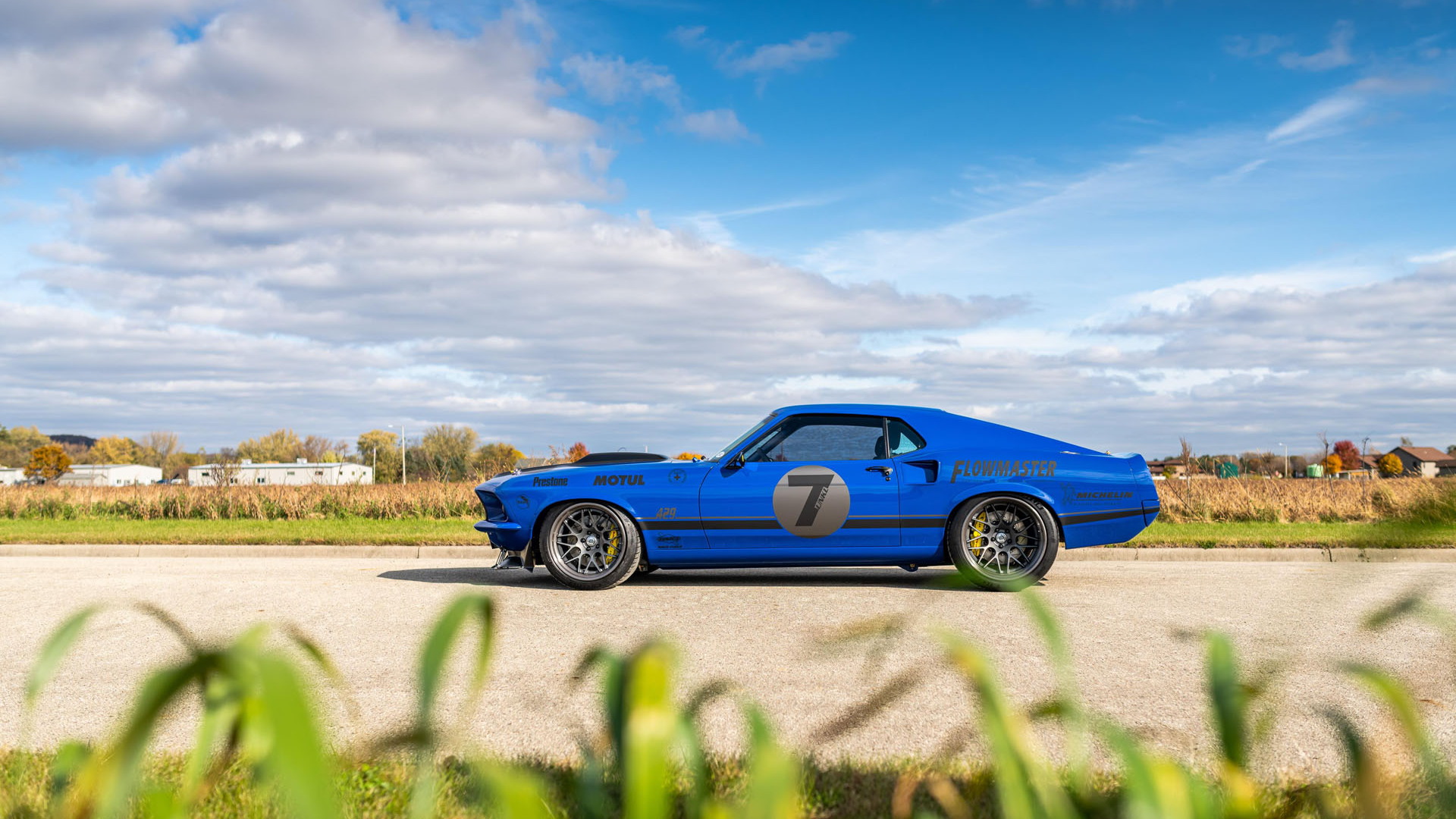 Ringbrothers is one of SEMA's staple, American muscle builders, frequently pulling out all the stops in the name of making a splash. This year is no different, as the Wisconsin-based parts builder has yet again brought multiple showstoppers to the annual aftermarket frenzy in Las Vegas.

This Mach 1 with a custom wide body kit is finished in (appropriately enough) "Big Boss Blue." While the shop sources a lot of the mechanical components from its builds from known powertrain and suspension suppliers, the exterior is largely custom, made from carbon fiber and steel panels developed in-house by Ringbrothers.

The build is called "Unkl" to commemorate one of its builders' fondness for an influential family member. It's based around a 700-horsepower, 520-cubic-inch Jon Kaase Boss engine that is mated to a Bowler-built 6-speed Tremec transmission and a Flowmaster exhaust. A carbon fiber driveshaft sends power to the rear wheels.

Baer 6S Extreme brake calipers anchor all four corners, and the wheels are a one-off design from HRE. Inside, the Unkle gets custom-upholstered Recaro seats, Ringbrothers billet components, and custom-sourced instruments.

Ringbrothers' SEMA builds showcase their in-house parts business. The shop produces both custom, application-specific components and body parts along with universal-fit accessories, such as door handles and shift knobs. Those who prefer their resto-modded cars in a GM flavor might enjoy the team's Valkyrja build, based on a 1969 Chevy Camaro, which is also on display this week.