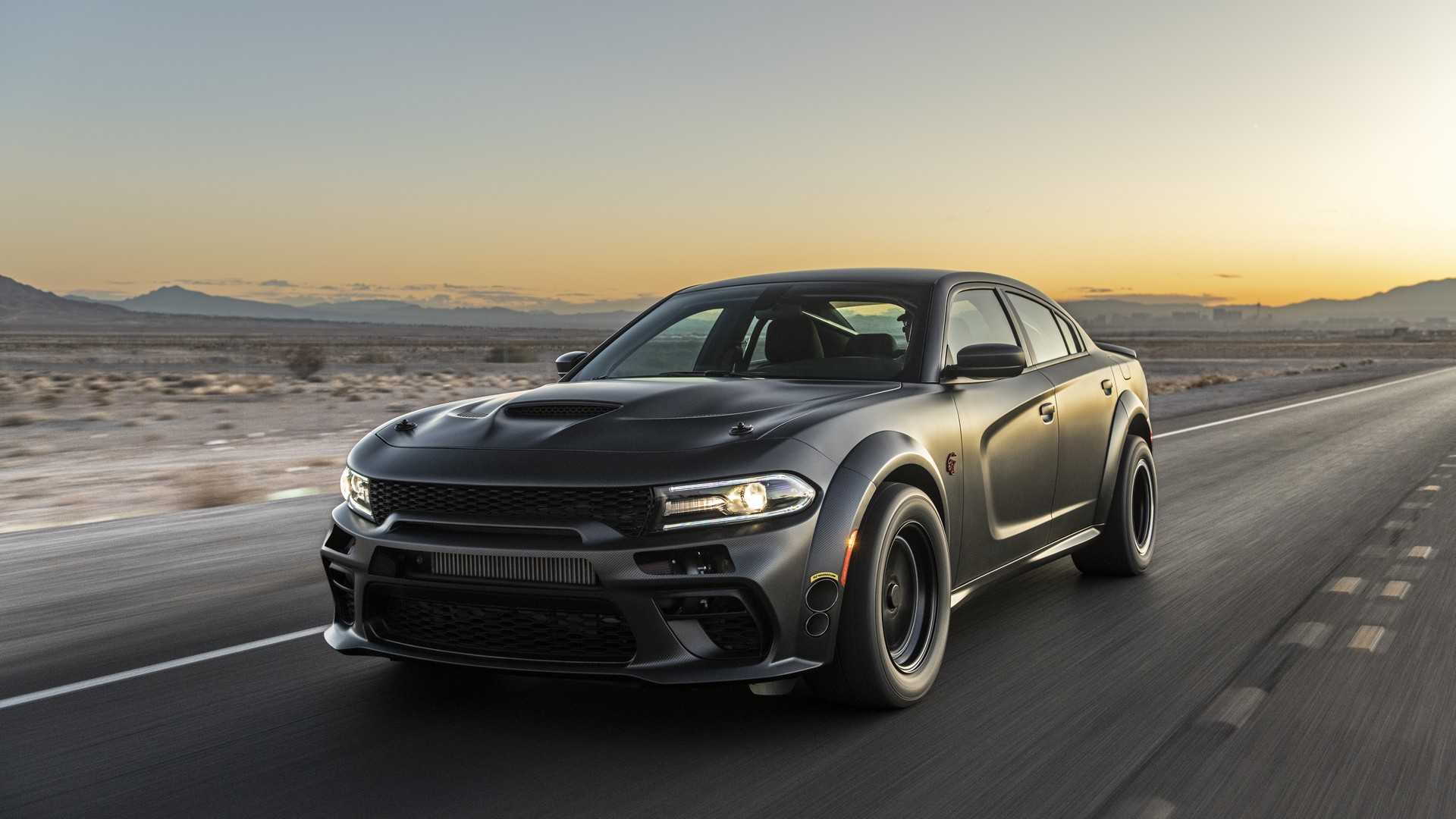 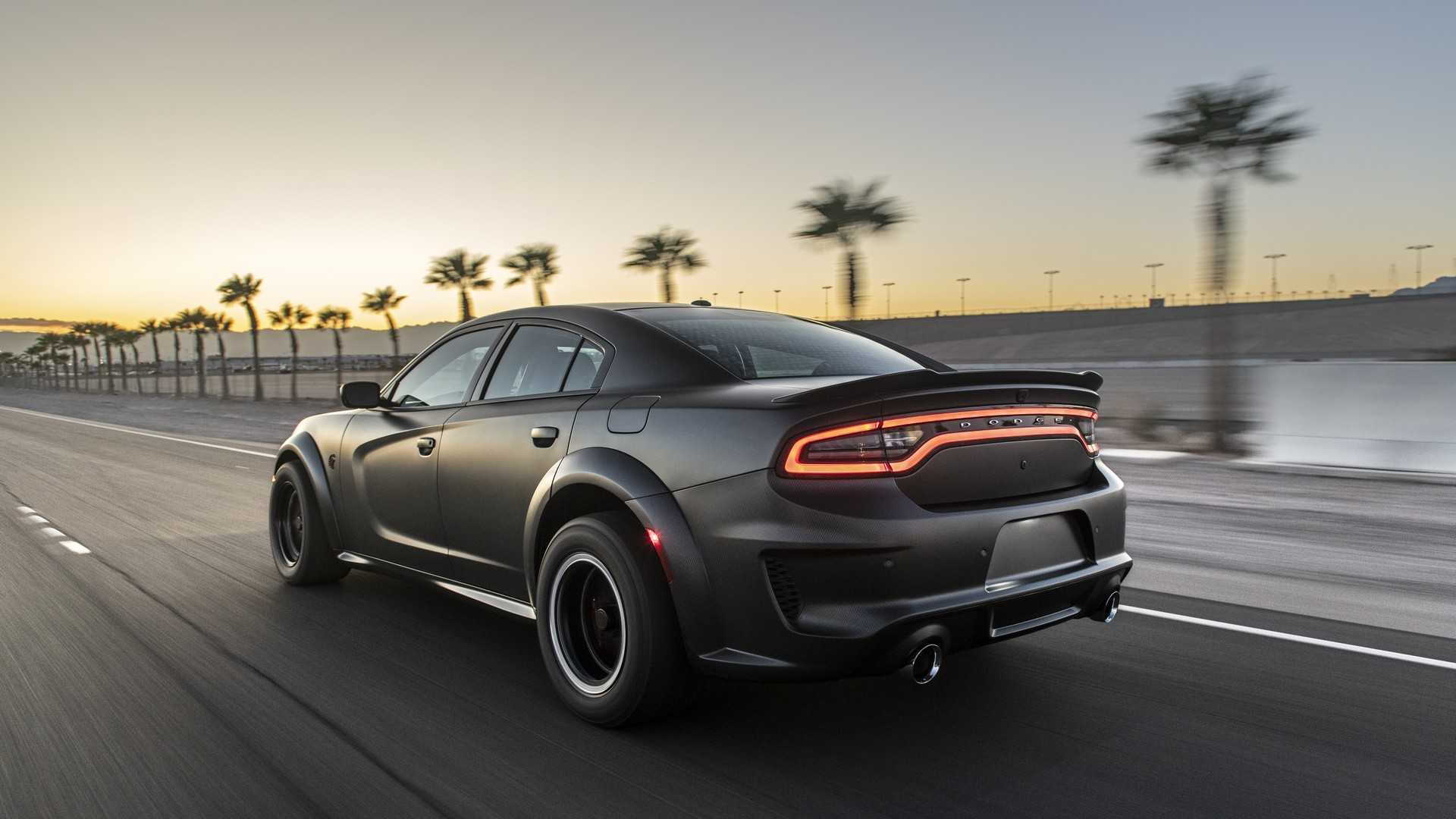 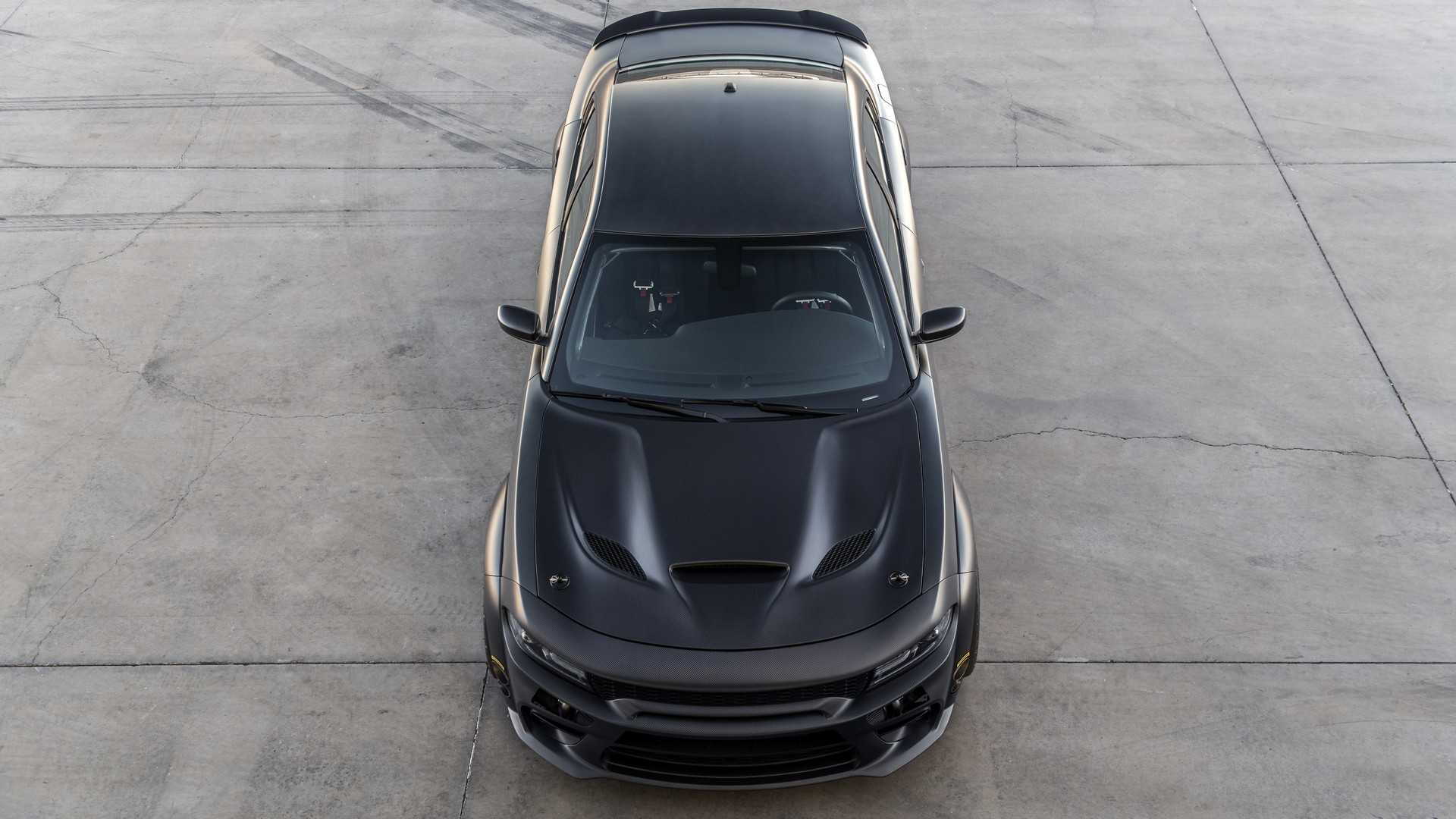 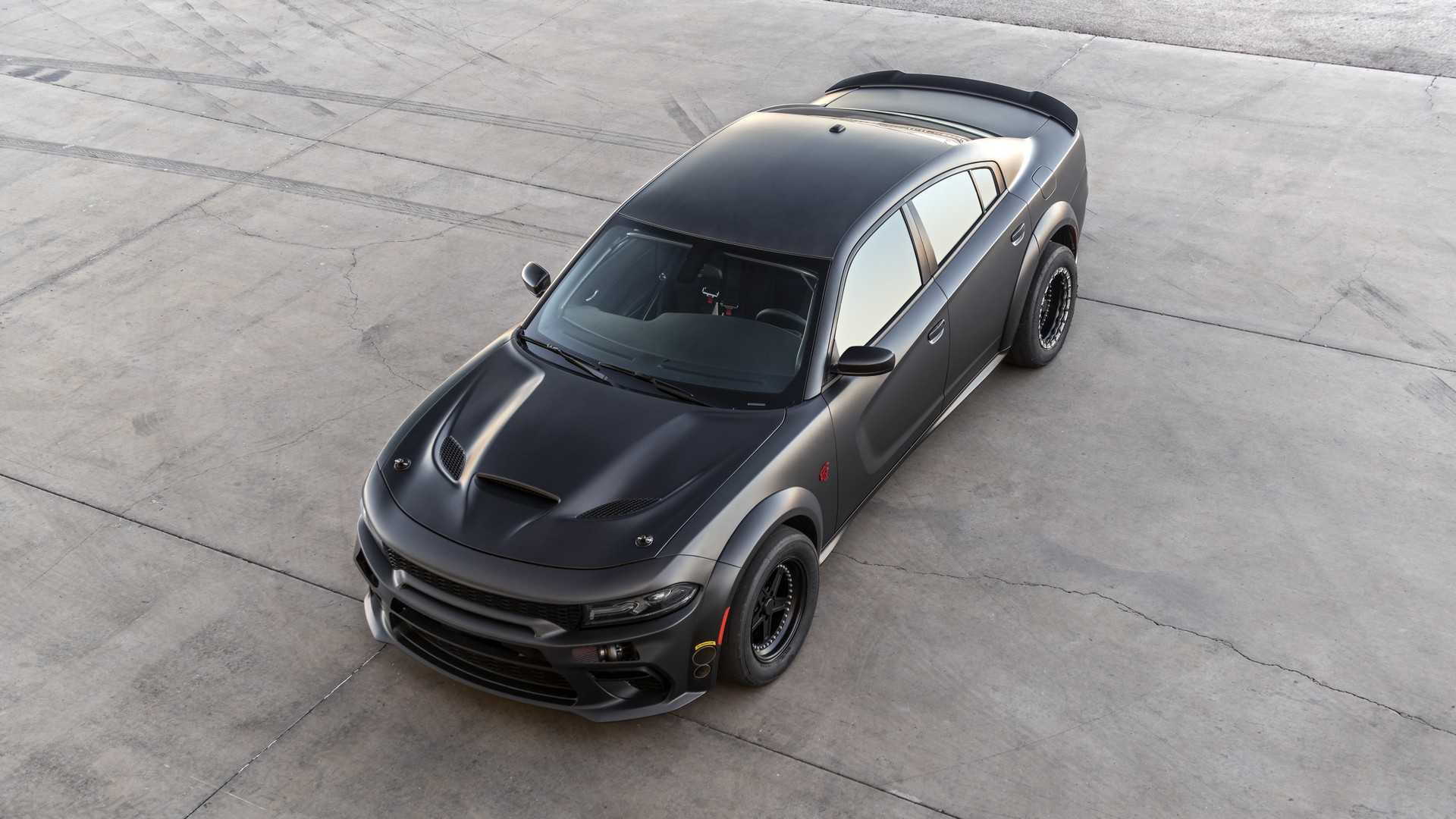 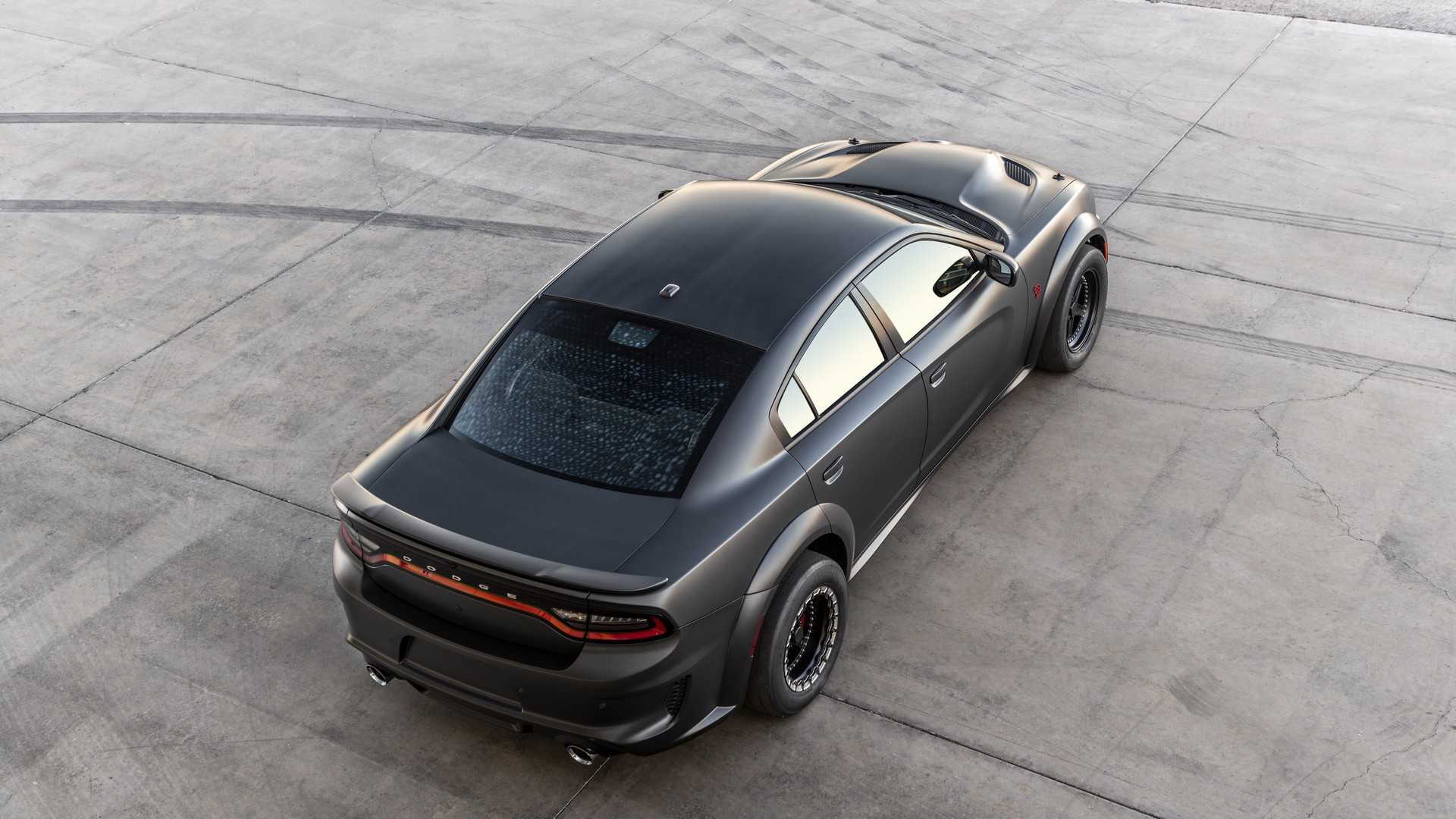 When it comes to epic builds, Wisconsin's SpeedKore Performance Group is hard to beat.

This, after all, is the same company that brought us a 1,400-horsepower, carbon fiber-bodied Dodge Challenger SRT Demon, not to mention a fully custom 1970 Dodge Charger known as Tantrum that spits out close to 1,700 hp when it gets upset.

SpeedKore on Tuesday upped the wow factor again by presenting its first take on the 2020 Dodge Charger Widebody at the SEMA show in Las Vegas. The company has essentially coupled insane power with all-wheel-drive traction.

SpeedKore is also an expert at producing OEM-quality carbon fiber, so all of the wide-body parts on the stock Charger Widebody were swapped out for carbon fiber pieces produced in-house. The list includes the front fascia, fender flare set, factory rocker set, hood, rear spoiler, rear fascia and rear diffuser. The side mirror caps and door handles are also made from the lightweight stuff.

But it's the internals that really shine here. Under the hood sits the familiar Hellcat 6.2-liter supercharger V-8, though the version SpeedKore uses is closer to the engine developed for the Demon. The supercharger has also been swapped out for a pair of turbochargers than help liberate 1,525 hp when running 26 psi of boost. SpeedKore said this is a conservative rating so the number could be higher once final calibration is complete.

Another impressive modification is the addition of an all-wheel-drive system, which is fed the drive torque via a Hellraiser Performance-built transmission with a custom billet transfer case created by Traction Products, an FTI torque converter, and a carbon fiber driveshaft. The final component putting power to the ground is a set of Bogart Competition Series wheels wrapped in Mickey Thompson ET Street tires on all four corners.

The custom Charger was commissioned by previous SpeedKore customer Alex Palermo, who was the person who commissioned SpeedKore's twin-turbo Demon, a vehicle that holds the quarter-mile record for the nameplate. Palermo commissioned this latest build as a surprise 65th birthday present for his older brother.