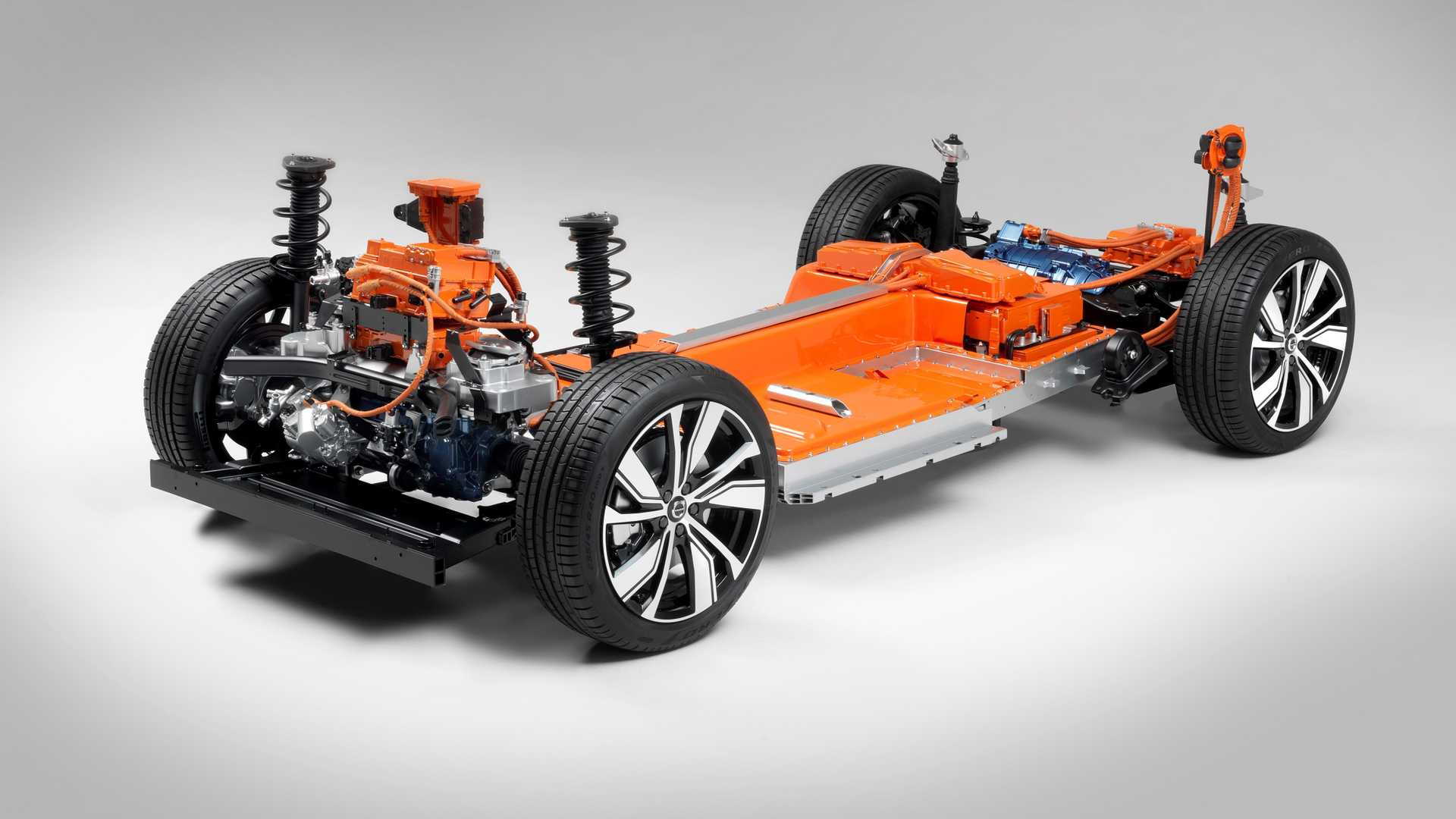 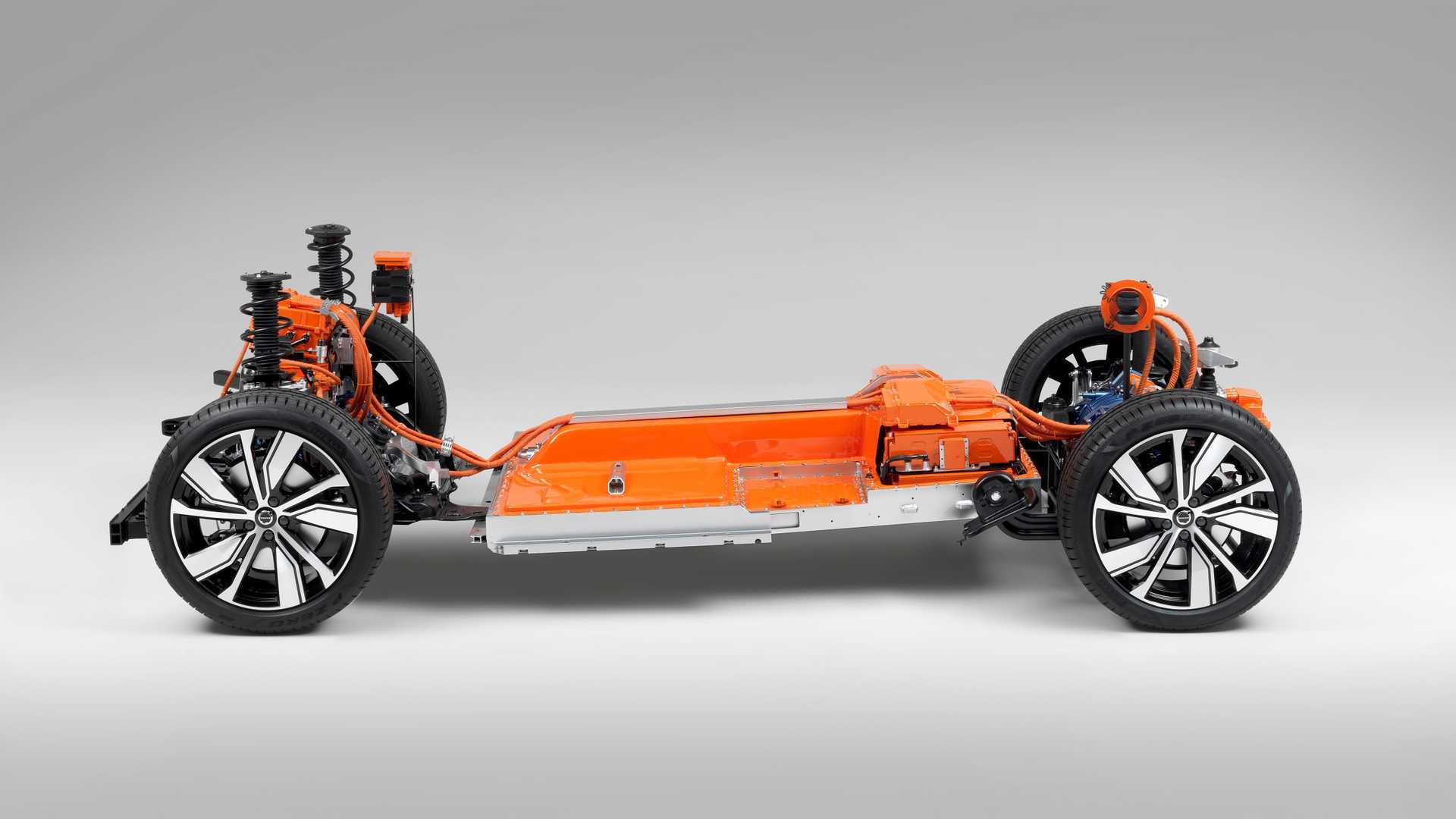 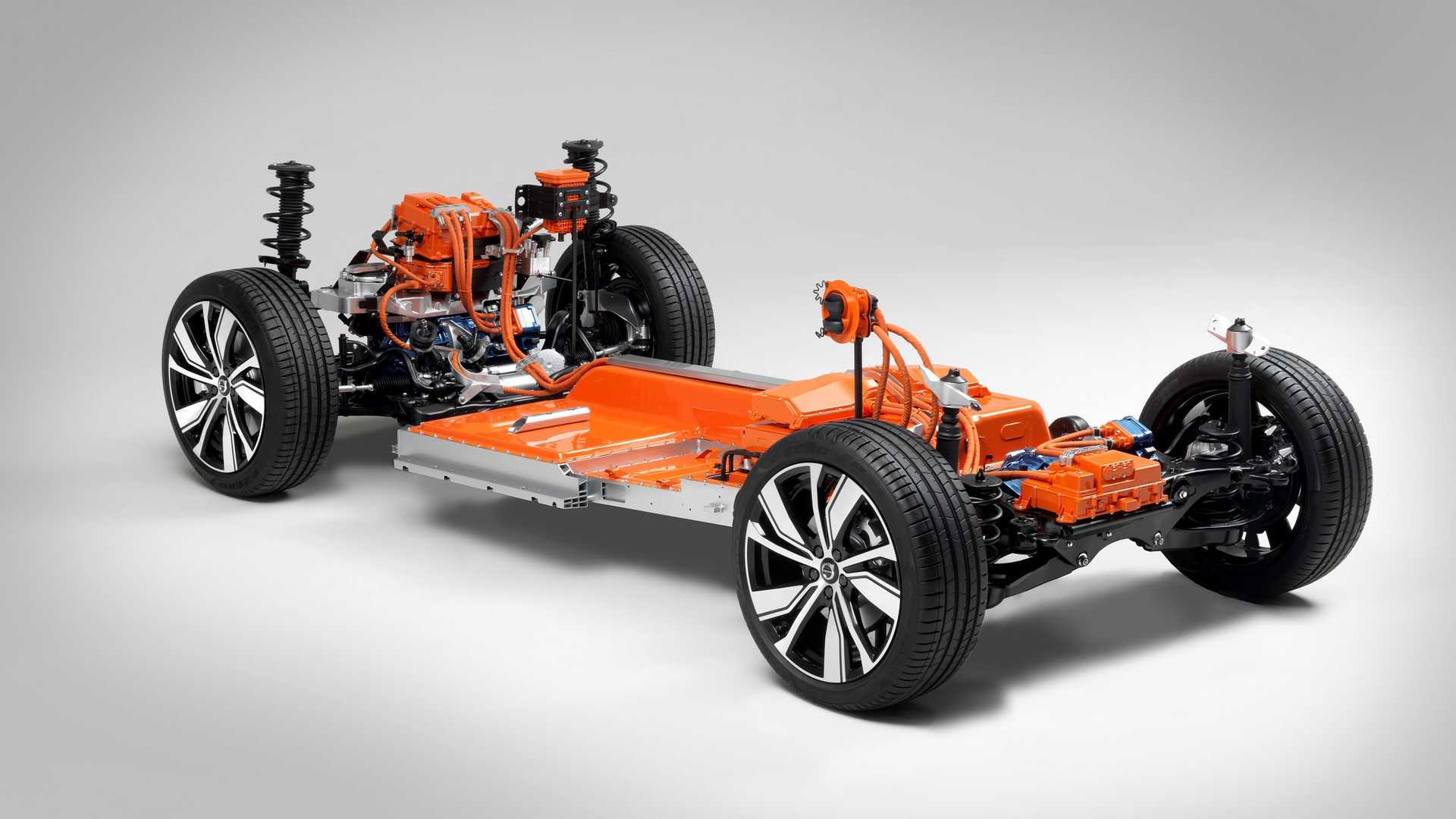 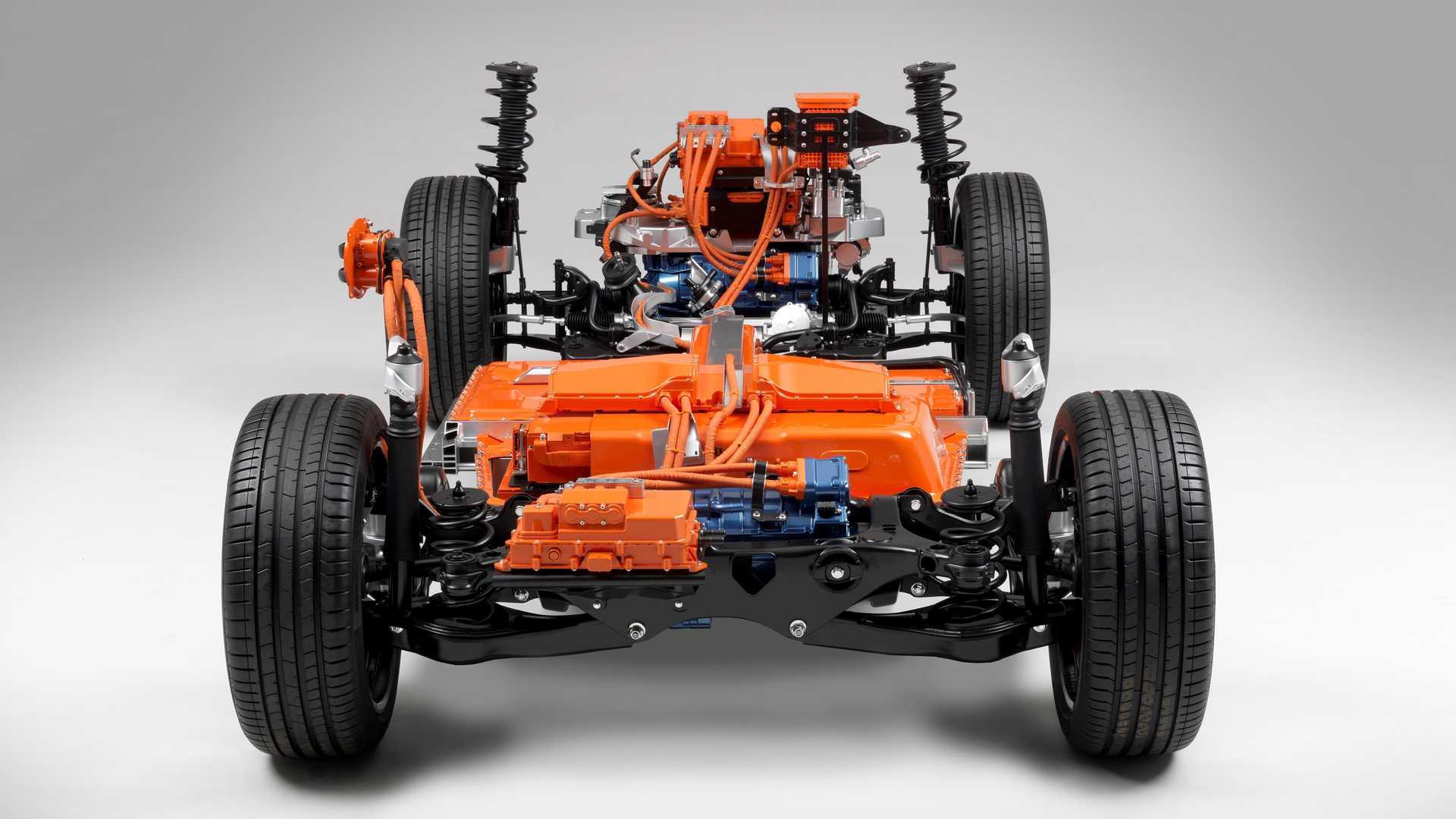 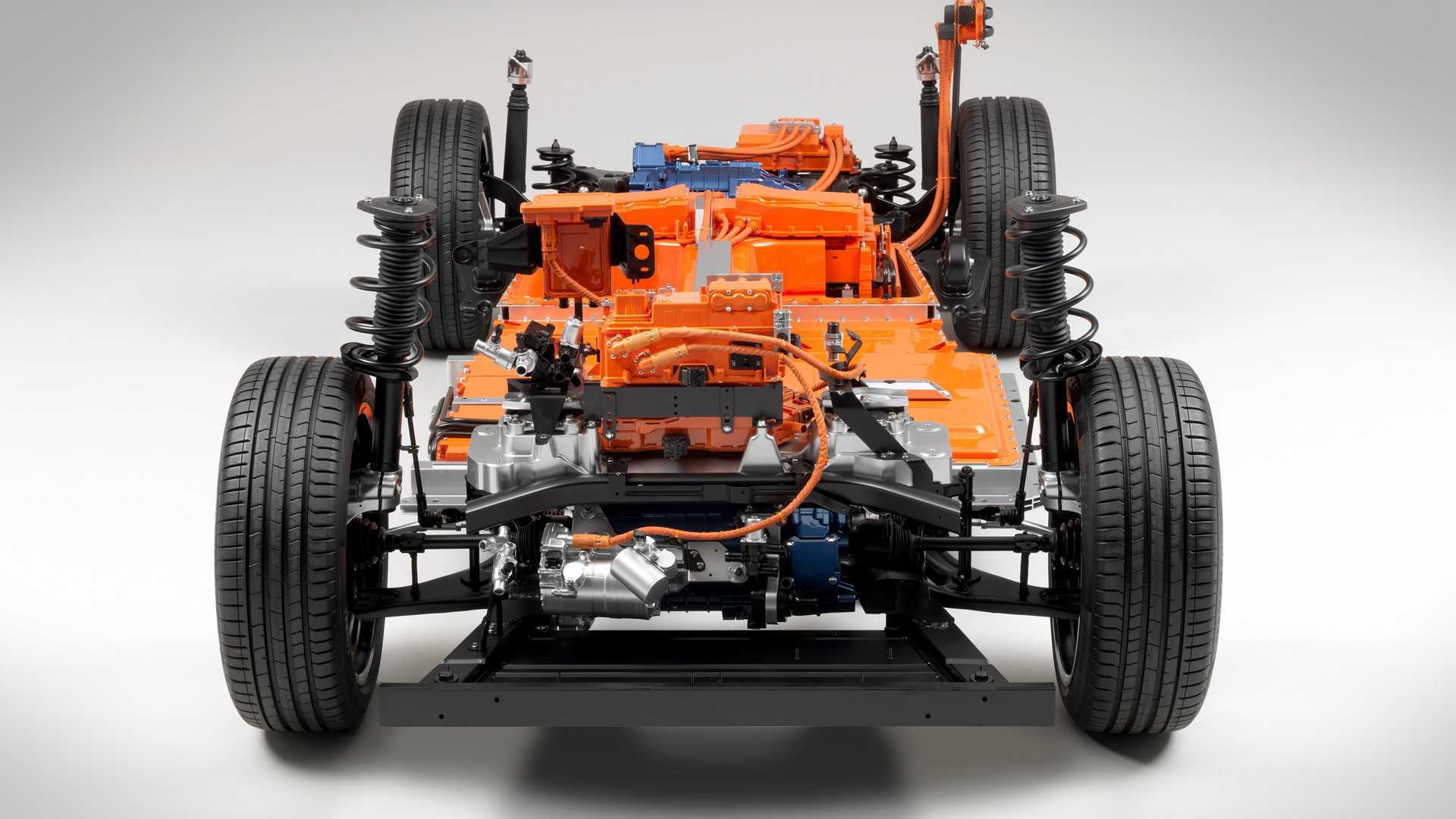 Volvo on Wednesday provided an early look at the powertrain of its battery-electric XC40 and confirmed the debut for October 16.

The powertrain features an electric motor at each axle for all-wheel drive and a battery located in the vehicle floor. The charging port is located on one of the rear fenders of the compact SUV.

Volvo hasn't provided any specs but the electric XC40 is expected to offer around 250 miles of range, likely measured using more lenient standards than the EPA. It's possible Volvo will offer more than one battery option, a strategy made popular by Tesla.

The electric XC40 doesn't use a dedicated EV platform and instead relies on a modified version of the gas-powered XC40's CMA platform. The platform has been modified to integrate a new safety structure for the battery and passenger cell above. The front section also needed to be reinforced to compensate for the missing internal-combustion engine which normally absorbs some of the forces in a frontal collision.

The XC40 is only the first of many electric cars from Volvo. The brand will eventually offer a battery-electric option on each of its model lines. Plug-in hybrids will also be offered, with the XC40 earlier in September being shown with a plug-in hybrid option known as the XC40 T5 Twin Engine.

Volvo in 2017 said its first electric car will be built in China and sold globally, including here in the United States. The move makes sense considering China is already the biggest market for electric cars, though demand there has been slowing since the government started curbing incentives.

More information on the electric XC40 will be revealed in the lead up to next month's reveal.