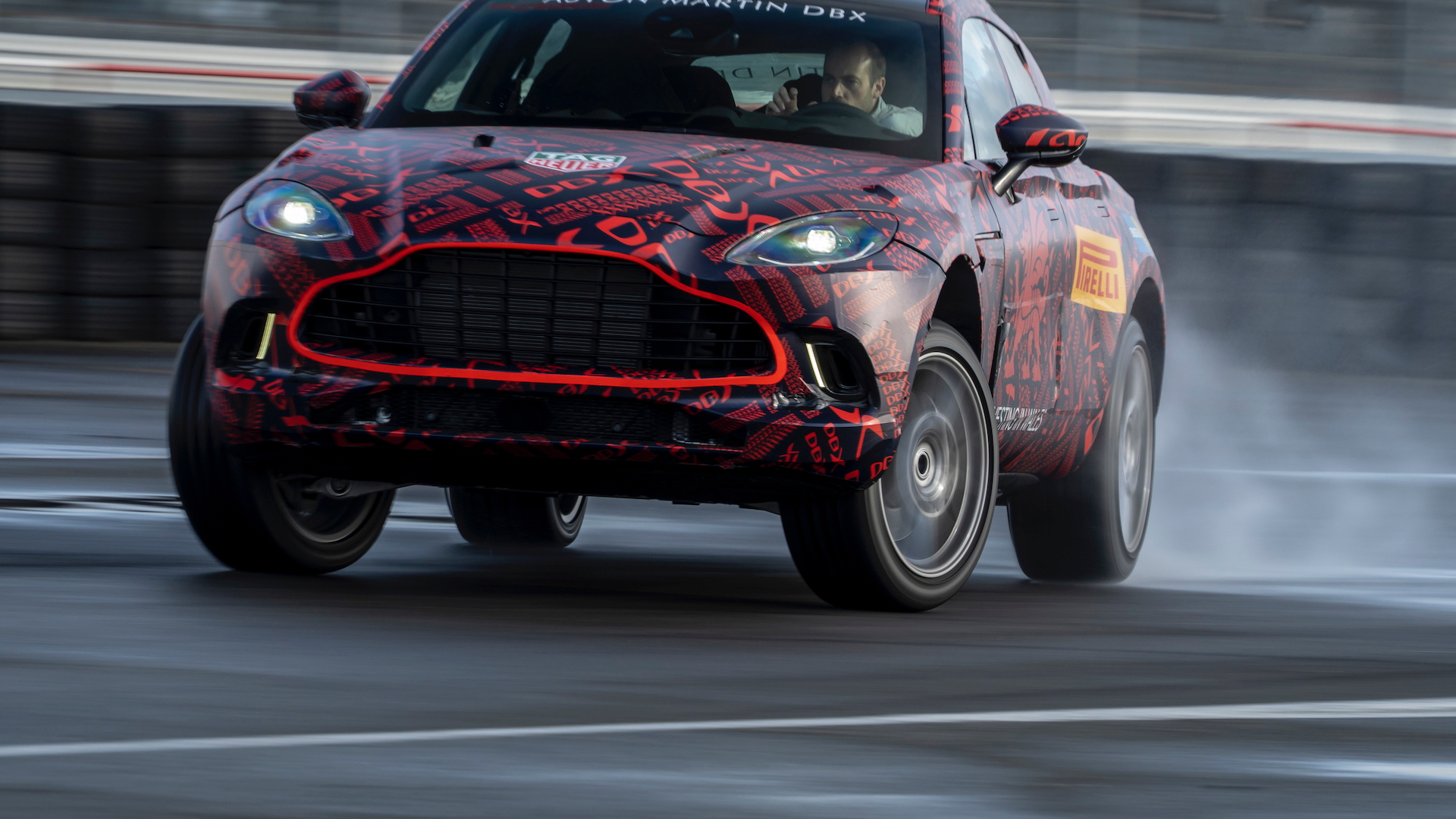 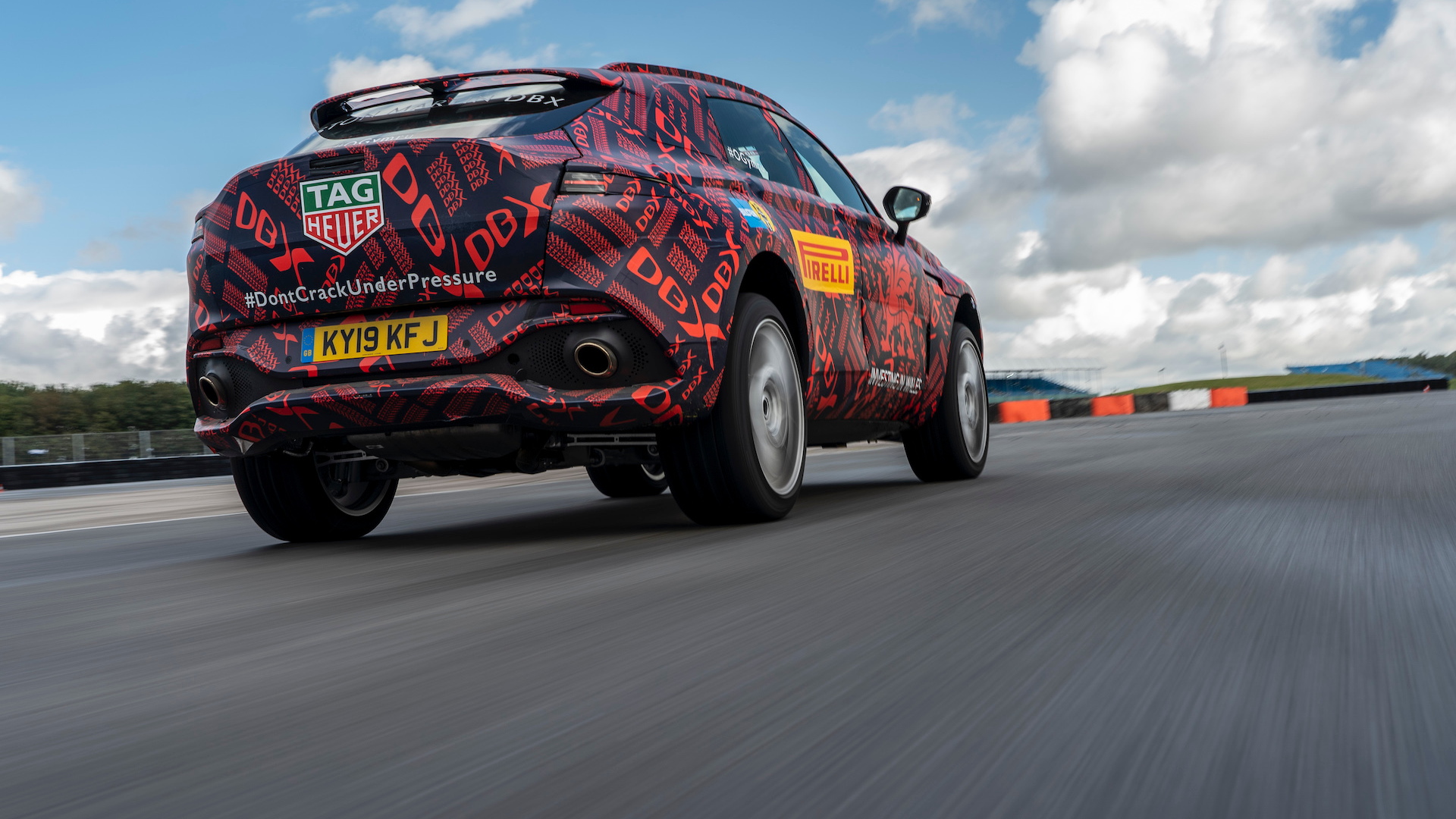 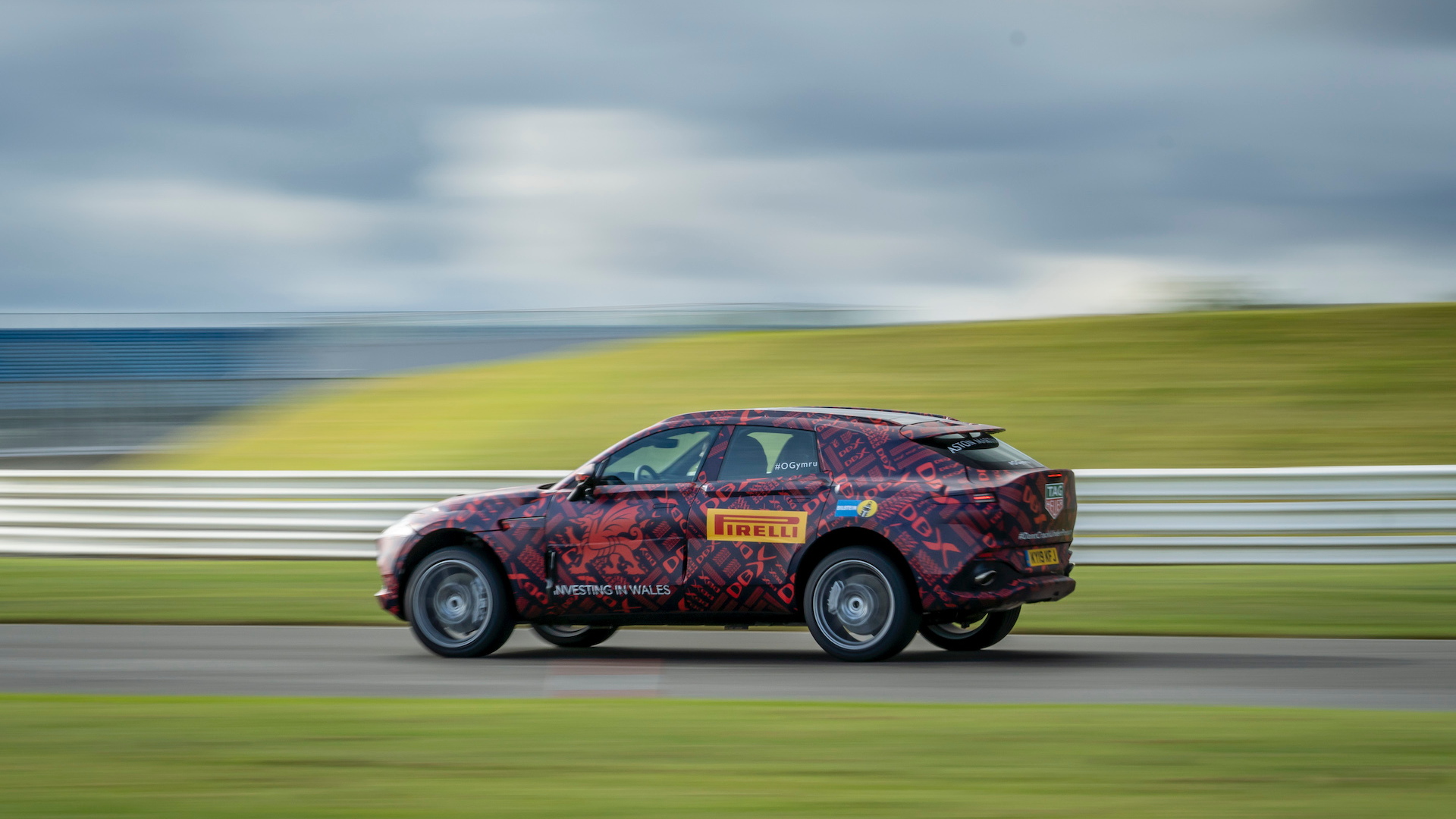 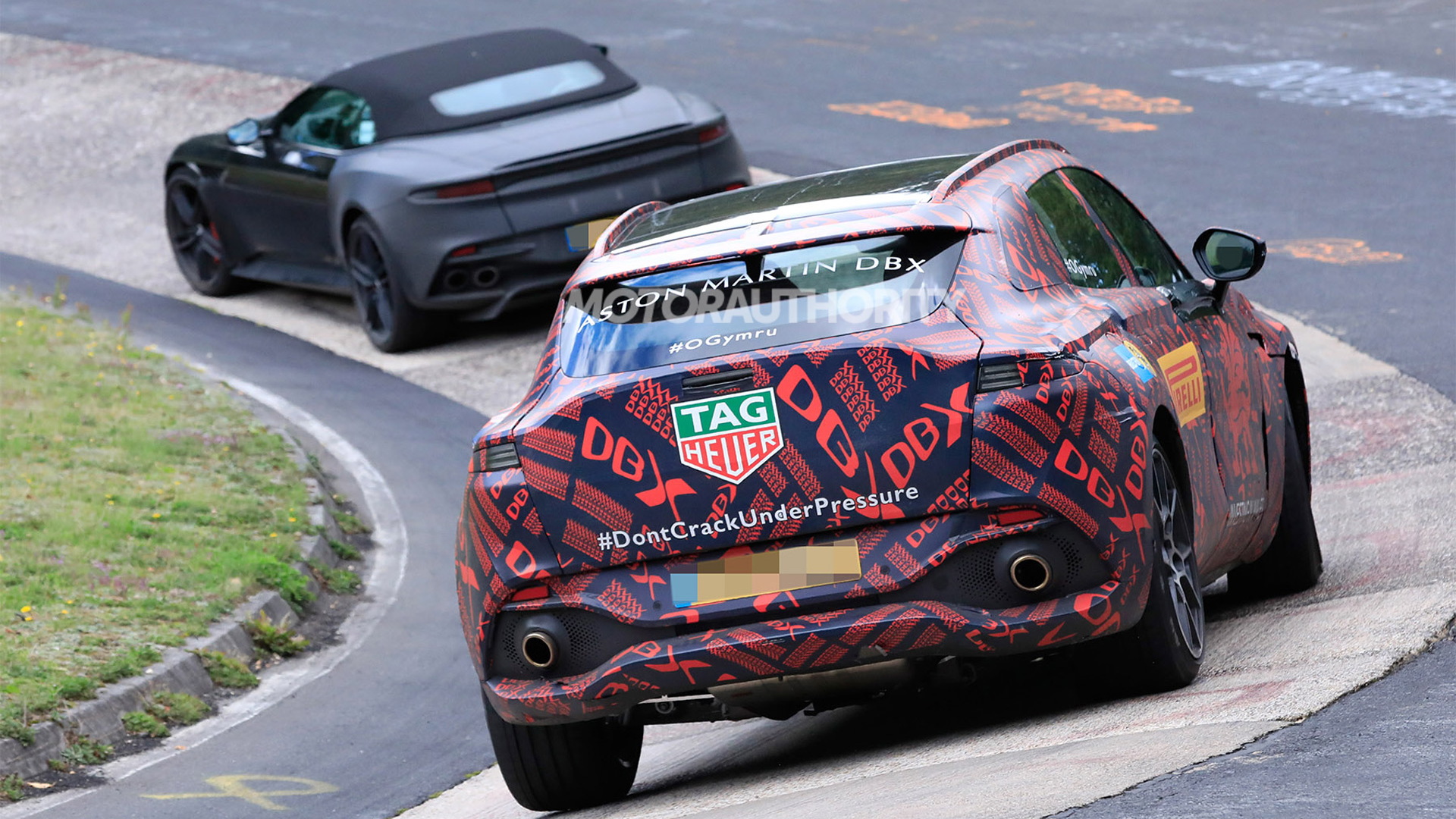 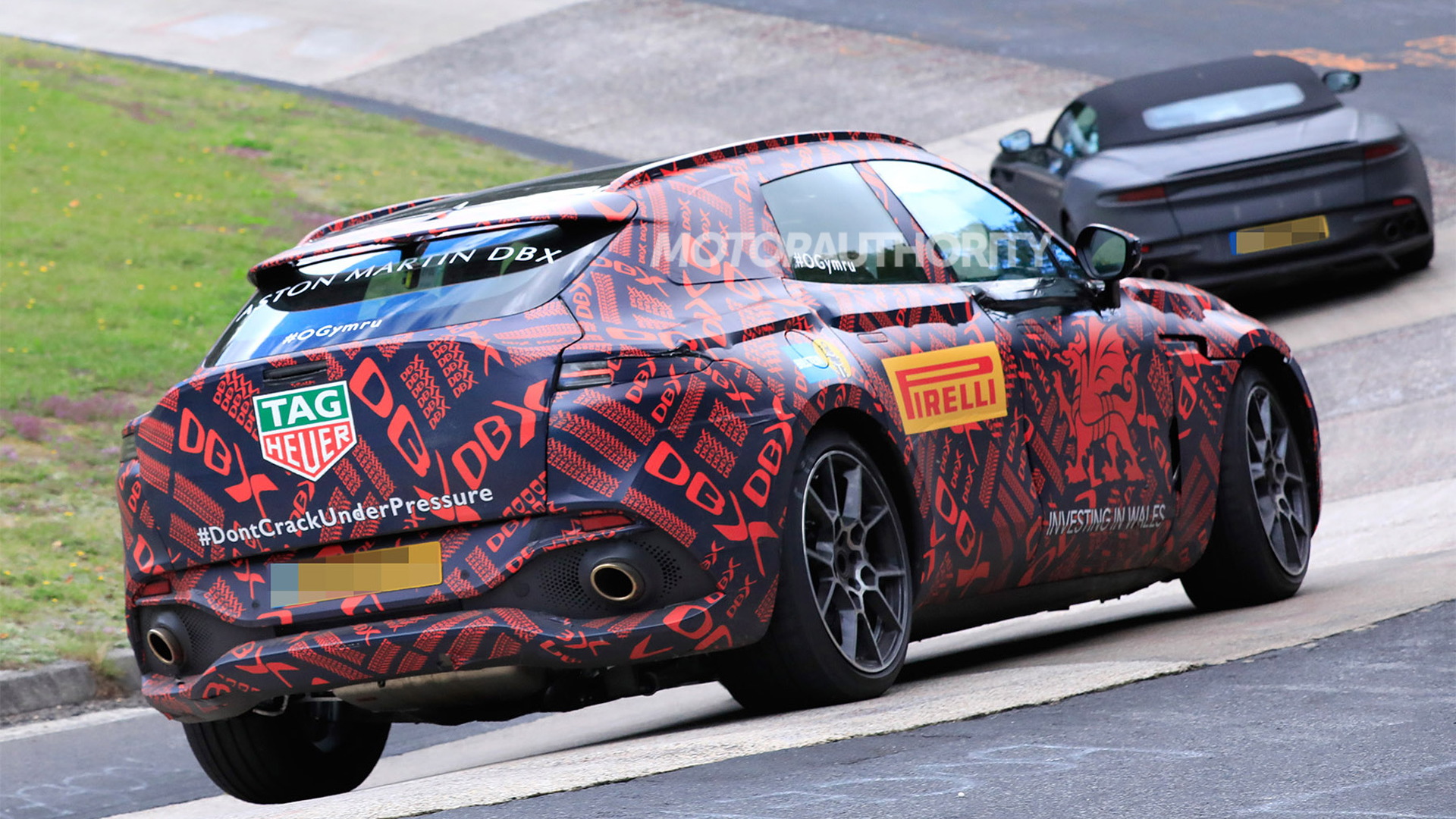 Aston Martin is almost ready to reveal its DBX and on Tuesday the automaker confirmed the powertrain the high-performance SUV will launch with.

The DBX will hit the market with the same 4.0-liter twin-turbocharged V-8 found in Aston Martin's Vantage and DB11 V8, but with output dialed to 542 horsepower and 516 pound-feet of torque. That's Aston Martin's highest application yet for the Mercedes-AMG-sourced engine.

The video gives us a taste of the engine's sound which features a unique tune for the DBX. The engineers worked on the exhaust system so that the sound of the DBX reflects a deep bass with increasing mid-tones, Aston Martin said.

The DBX is currently in the final stages of what has been the biggest test program for any previous Aston Martin. As an SUV, the DBX will have to perform in places where Aston Martin's sports cars dare not tread.

However, the DBX won't be out of place at a sports car's traditional hunting grounds, the racetrack. Aston Martin said the SUV will top 180 mph, match the Vantage for cornering speeds and surpass the DBS Superleggera in braking performance. Testing at the Nürburgring has seen prototypes regularly return sub-8:00 lap times.

“We have concentrated our work to ensure that the calibration and tune of this 4.0-liter twin-turbo V-8 delivers both the everyday usability and refinement expected by SUV owners,” said Matt Becker, Aston Martin's chief engineer. “However, we have also focused heavily on matching that with the engaging driving dynamics that are commanded by our brand and inherent in every Aston Martin and early indications of the car’s overall performance have been incredibly promising.”

The DBX will debut in December before going on sale sometime in 2020. Additional powertrains are likely, including potentially Aston Martin's 5.2-liter twin-turbo V-12.

The SUV is the fourth of seven cars promised under Aston Martin's Second Century plan. The first was the DB11 which has since been followed by the Vantage and DBS Superleggera. Beyond the DBX, we'll see a mid-engine Vanquish supercar around 2021, a Lagonda SUV around 2022 and a Lagonda sedan around 2023. Aston Martin will then repeat the seven-car cycle with redesigned models. And along the way we'll also see special edition models like the Valkyrie and Valhalla hypercars.