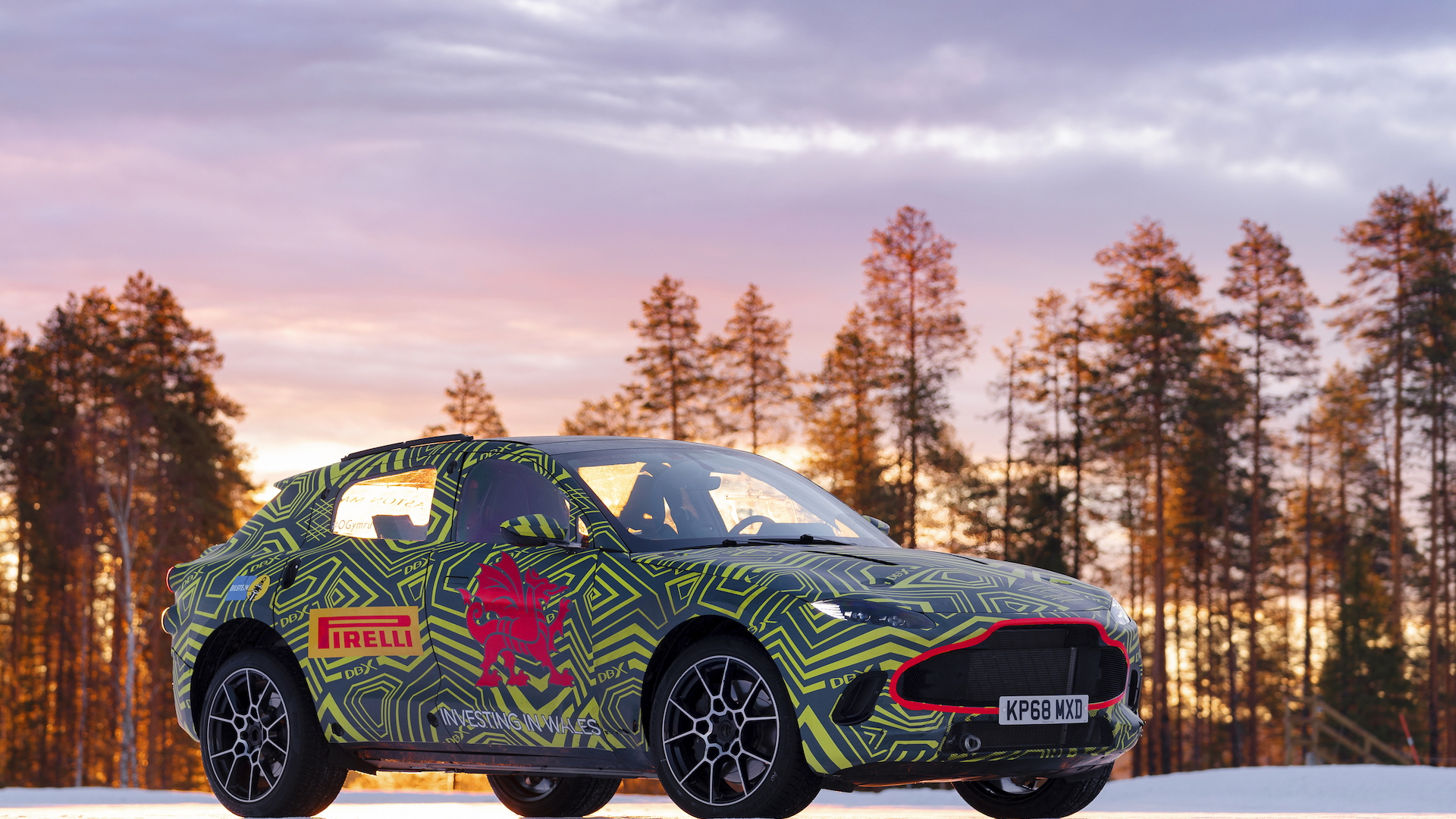 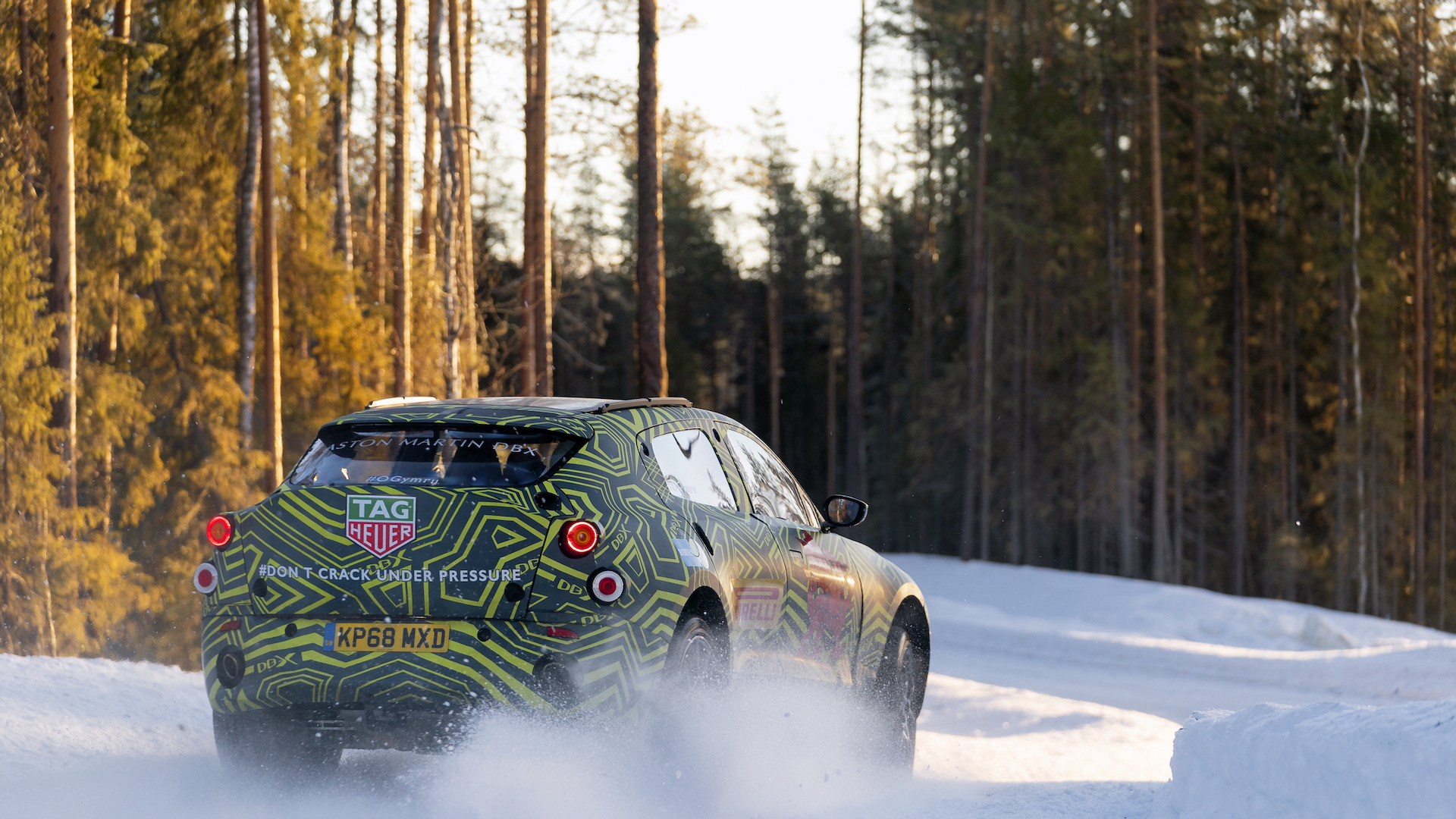 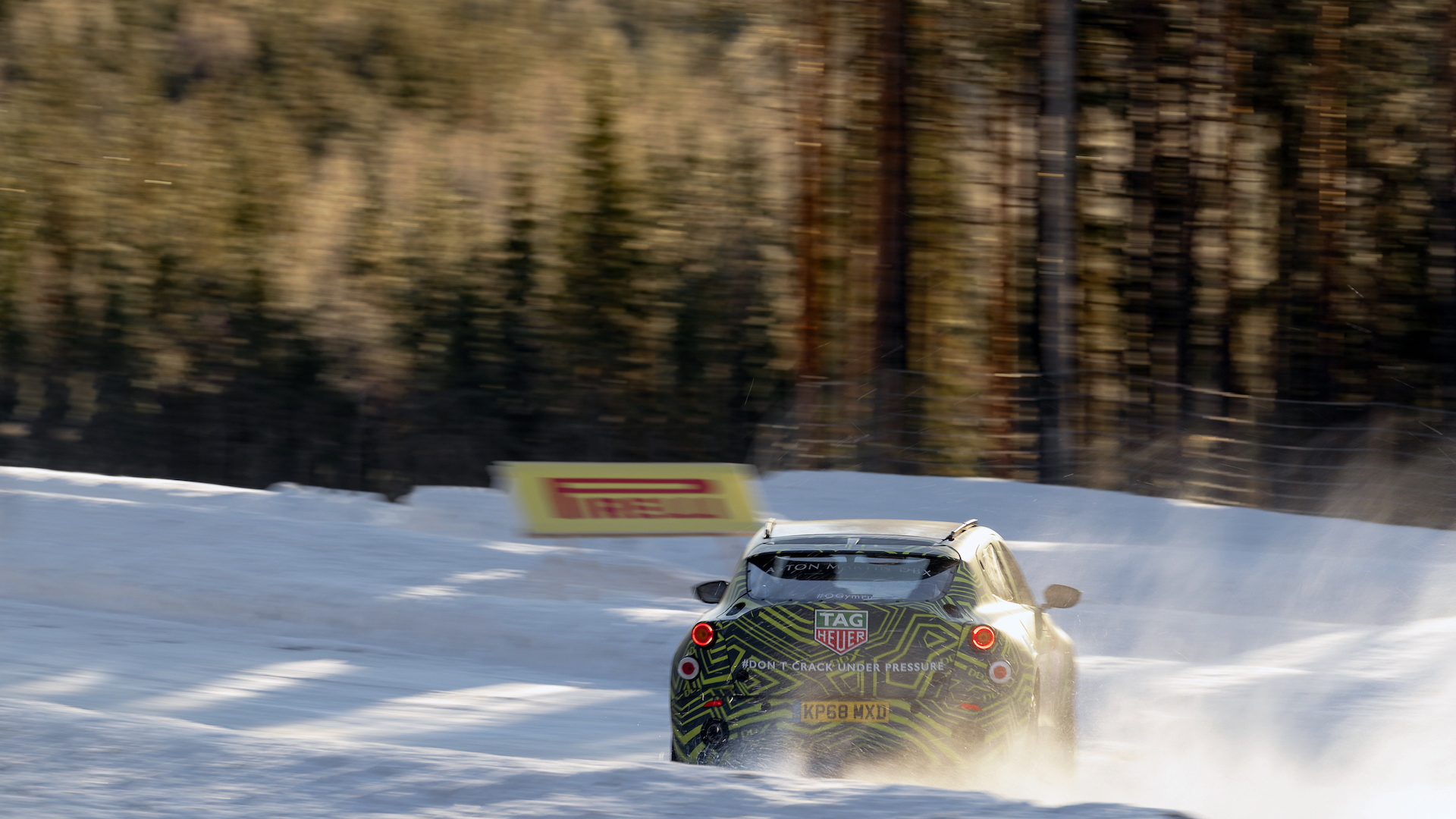 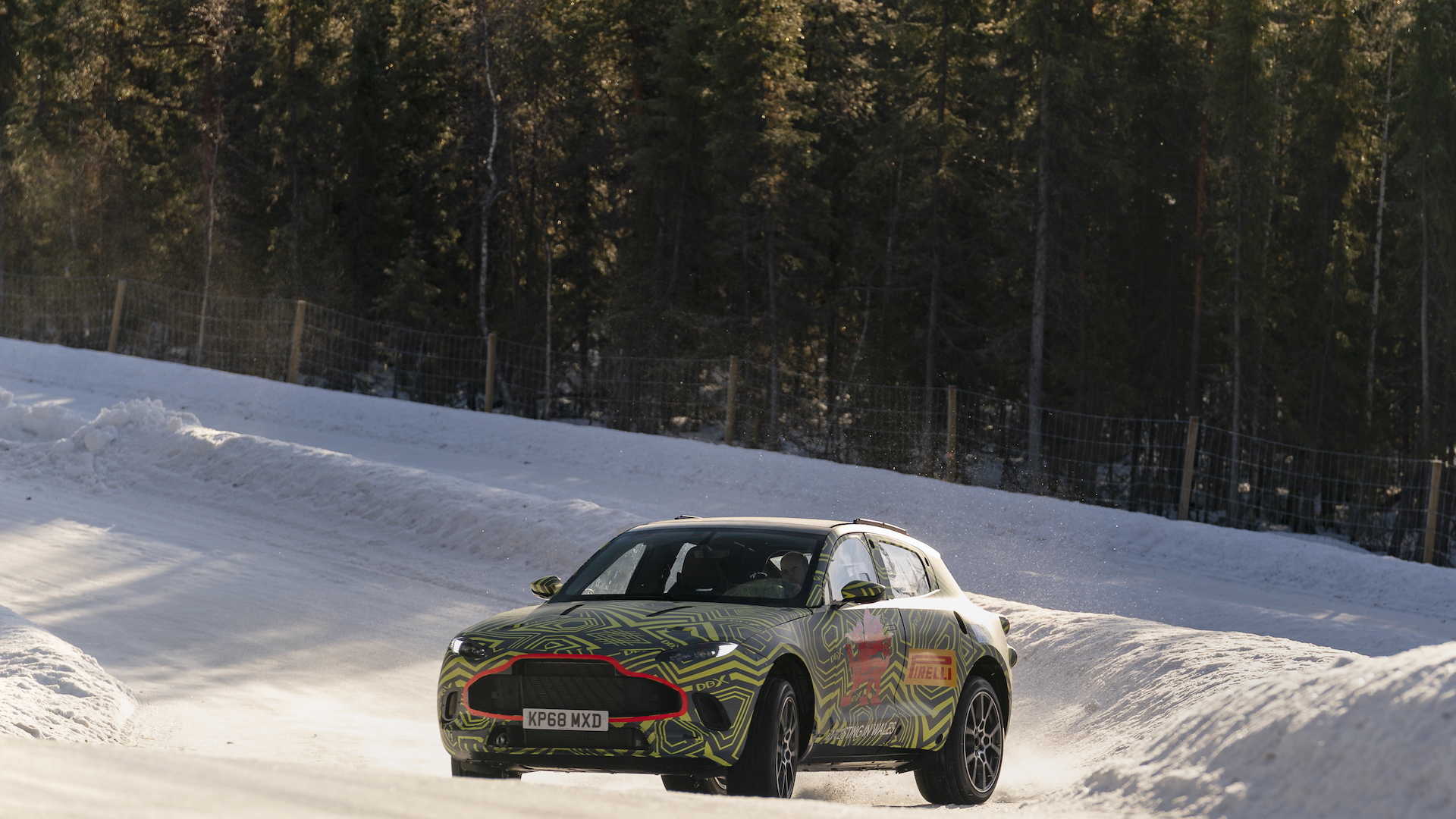 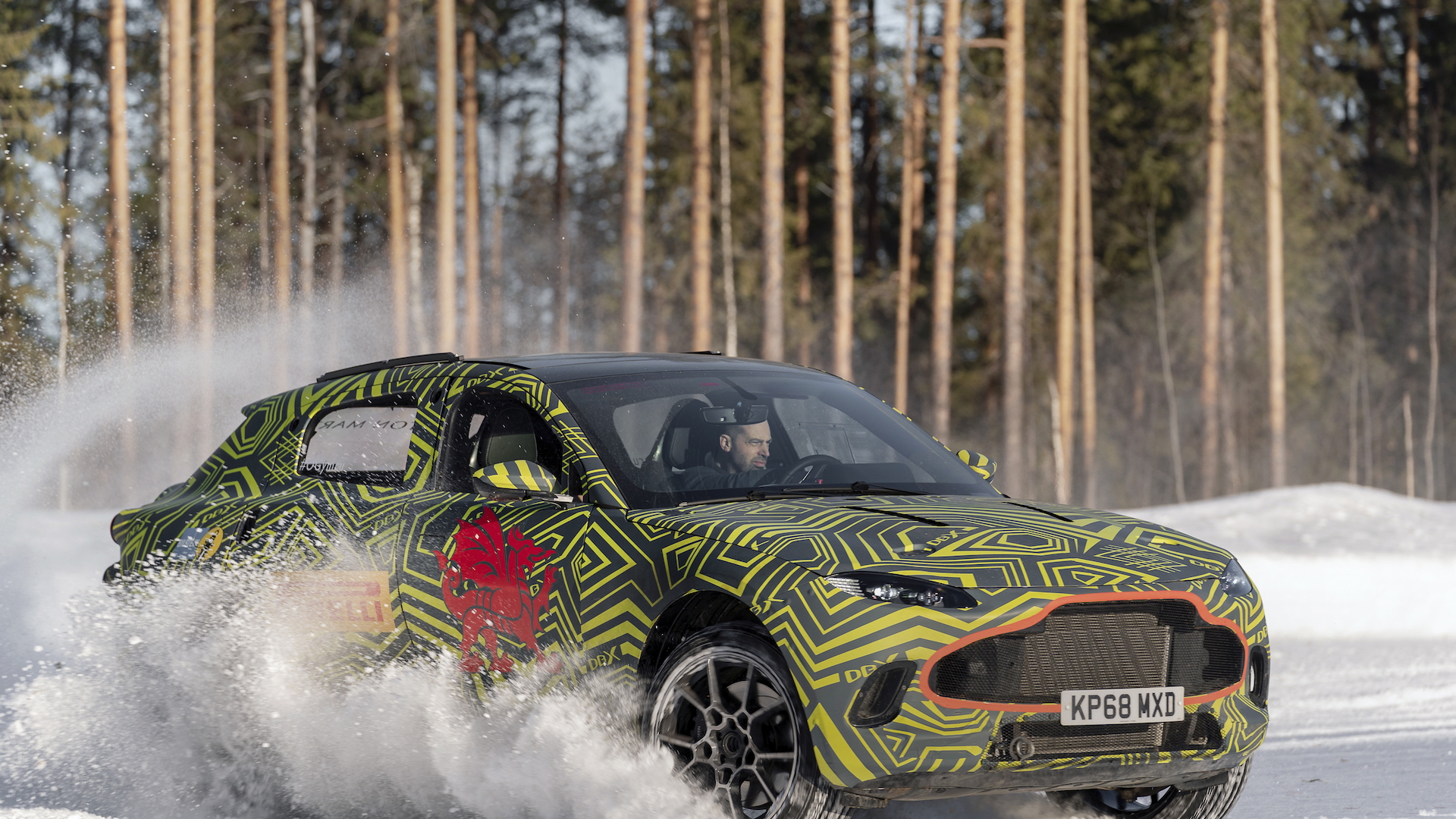 The production version of the Aston Martin DBX is likely a year or so away, but testing continues to ensure the British brand's luxury SUV is a world beater.

Last Thursday, Aston Martin shared a video and photos from the DBX's first extreme winter test session. The brand took the DBX prototype to Pirelli's facility close to the Arctic Circle in Sweden to give the SUV a crash course in a wild snowy environment. There, the SUV met icy roads, snowy trails, and harsh temperatures. All of the testing is done to ensure the DBX is up to the task, even if an owner may never actually take the SUV out for a romp in the snow.

The DBX will be a smaller SUV sized similarly to the compact Alfa Romeo Stelvio, though we still can't make out what exactly the vehicle will look like. Fully camouflaged and outfitted with tacked on panels, the SUV's true shape is hidden, save for the brand's corporate grille up front.

We know Aston Martin has worked to ensure the DBX drives well, which led to the creation of a new platform for the model. Some trick suspension technology is part of the equation, but the brand hasn't said just what it is yet.

Originally, the DBX was slated for production with an electric powertrain, but that changed last year after Aston Martin CEO Andy Palmer said the Lagonda brand would handle the electrification side of things. Now, we can expect the 4.0-liter twin-turbo V-8 sourced from Mercedes-AMG. We're good with that.

Expect to see more of the DBX prototype as Aston Martin prepares to begin production of prototype vehicles at its new St. Athan plant in Wales mid-year. The first DBXs will hit the roads in production form next year.