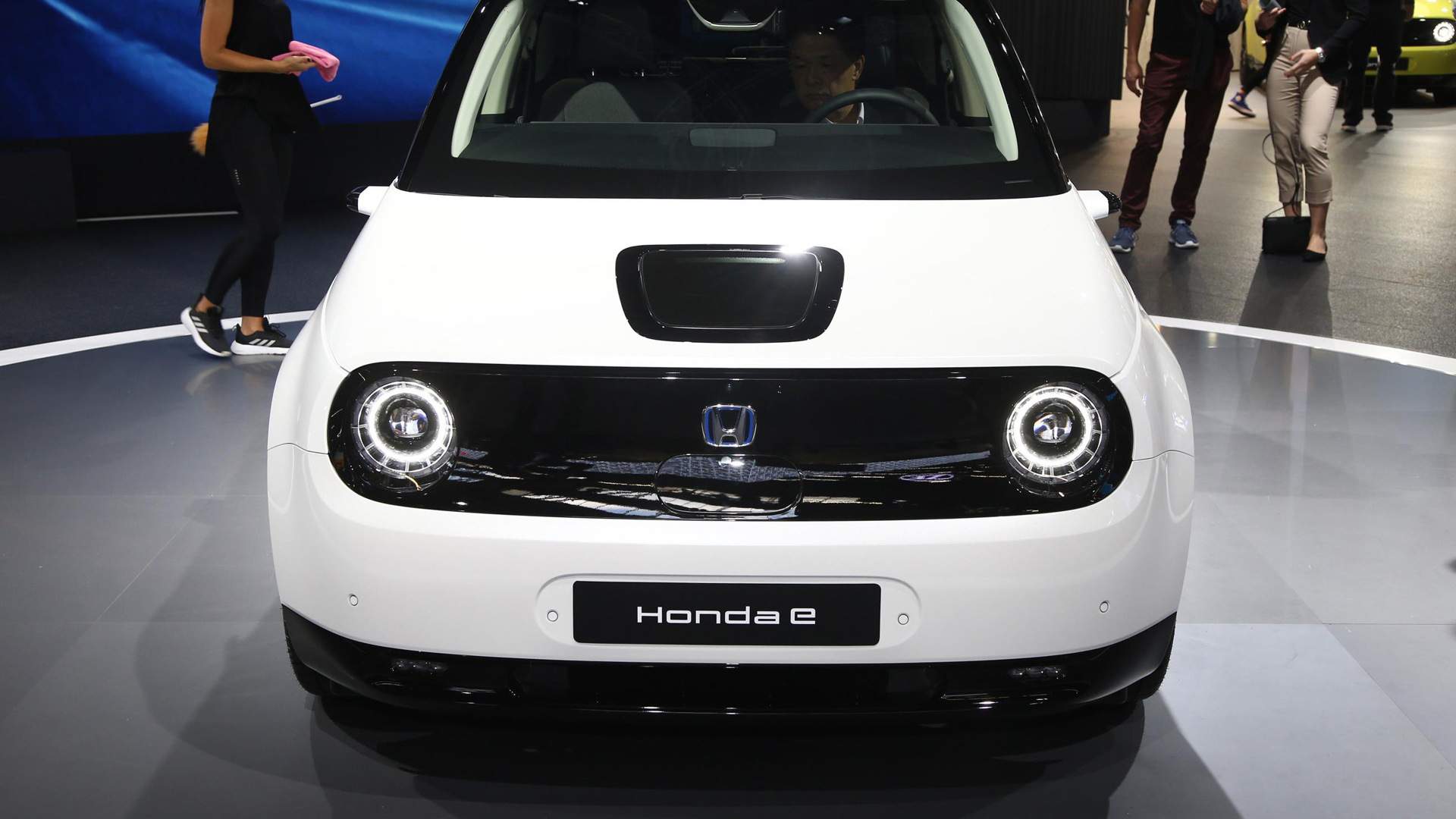 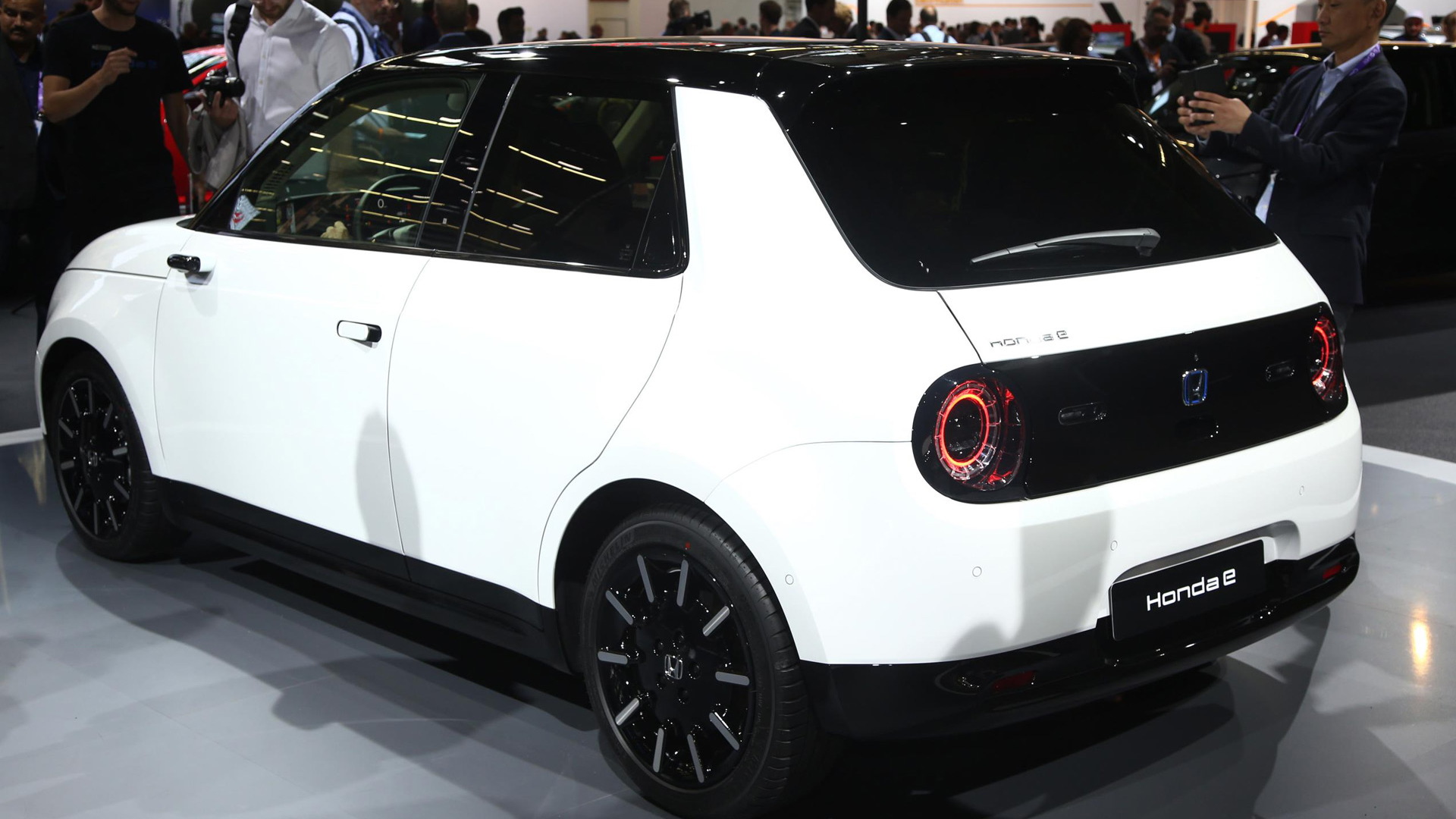 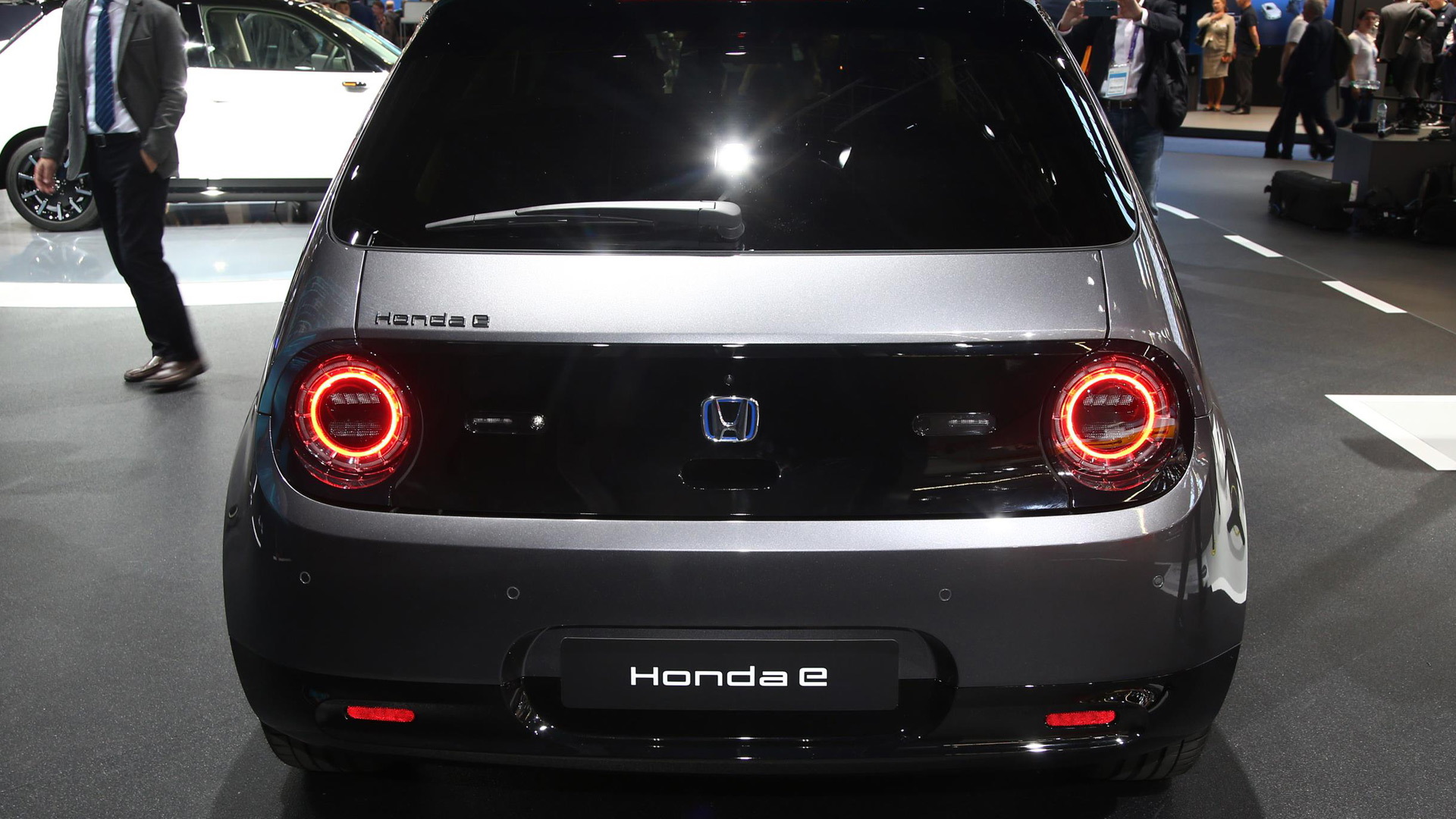 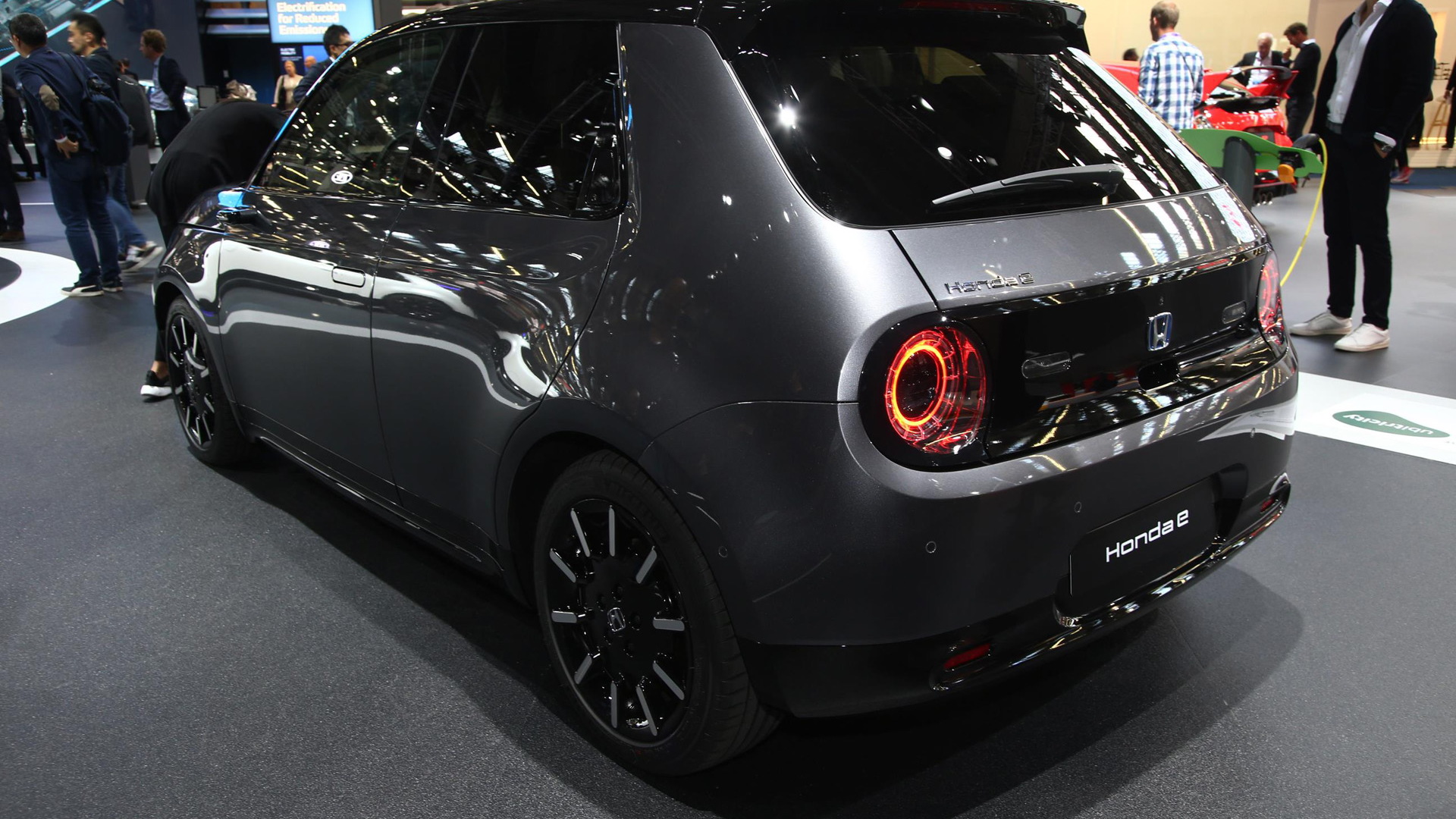 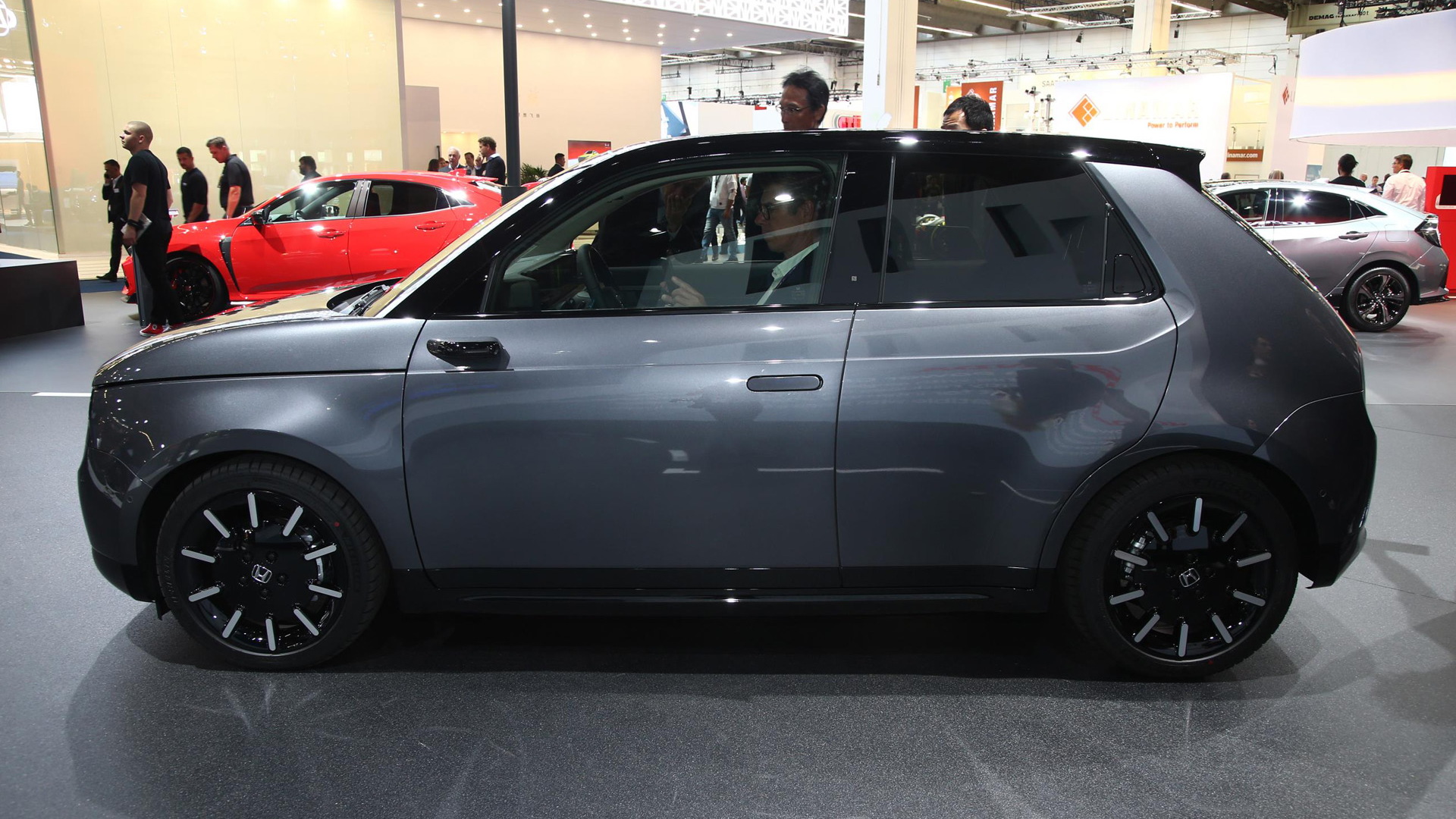 The automaker also confirmed a starting price of 33,470 euros (approximately $36,990). If it were sold in the United States, the car would be eligible for a $7,500 tax credit, bringing the starting price below $30,000. That wouldn't be a bad deal considering all of the features included as standard.

Honda designed the E from the ground up as an EV, but it's still a city car first and foremost. In other words, this isn't aimed at the Tesla Model 3 or Chevrolet Bolt EV, but at smaller cars intended strictly to serve as urban runabouts. To that end, it packs a 35.5-kilowatt-hour lithium-ion battery that Honda says is the most compact in the class and good for 136 miles of total range. The range would likely be lower when measured by the EPA, though.

That battery provides juice to a motor that drives the rear wheels, making the E not just cute, but sporty too. This motor comes in two tunes: 134 horsepower or 151 hp, and the more powerful variant can push the E to 62 mph in approximately 8 seconds.

The Japanese automaker has a habit of showing concepts that end up being little more than production vehicles by another name. With the Honda E, we're seeing that yet again. The production model shown here is identical to the E Prototype shown back in May, which in turn was merely an evolution of the Urban EV concept that first made the rounds on the show circuit in 2017.

Honda's final product incorporates the retro charm of the original Urban EV concept with the showroom-ready practicality of the E prototype, resulting in a fun and funky aesthetic that doesn't go overboard on the futuristic look so popular with certain EV designers.

The key interior component that made the transition from concept to production is the Honda E's full-width, five-screen digital dash. Trimmed in wood (likely a suggestion of sustainability), the dash is topped by two 12.3-inch touchscreen displays, which, Honda boasts, will give both the driver and passengers equal access to the E's comfort and connectivity features. Two of the screens fill in for traditional side mirrors which have been skipped for extra aerodynamic efficiency, and the fifth and final screen serves as the digital instrument cluster. The rearview mirror can also be ordered in digital form, adding a sixth screen to the tally.

While this may seem like technology overload, the execution is pleasantly minimalist and clean, much like it was in the concept car. If the minimalist controls turn you off, you have the option of using voice commands. The E utilizes an AI-based smart interface activated with the phrase "OK Honda." It accepts commands and answers questions, allowing many vehicle functions to be accessed hands-free. It is also fully smartphone integrated, allowing access to the vehicle (including locking and unlocking) via an app.