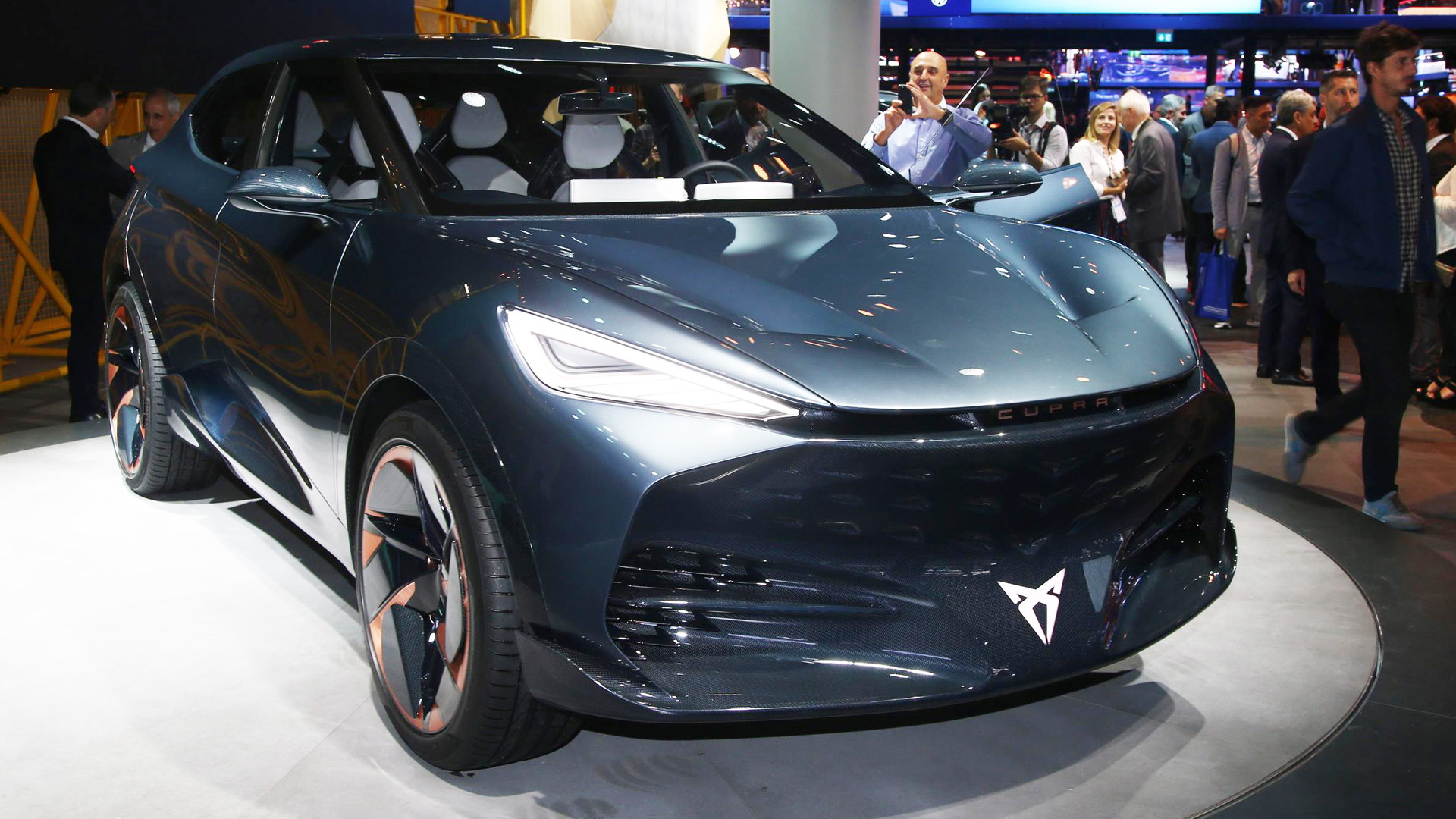 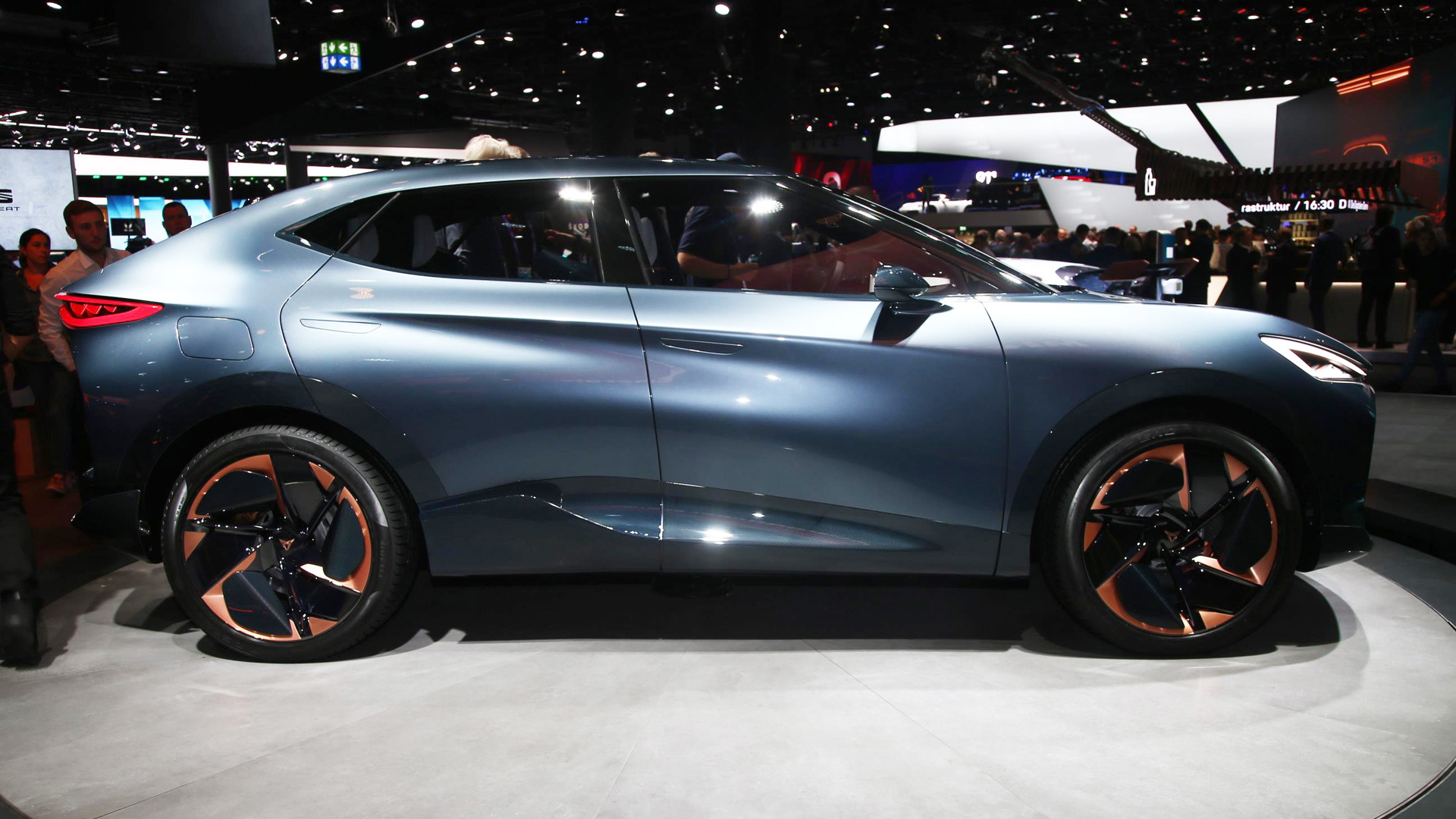 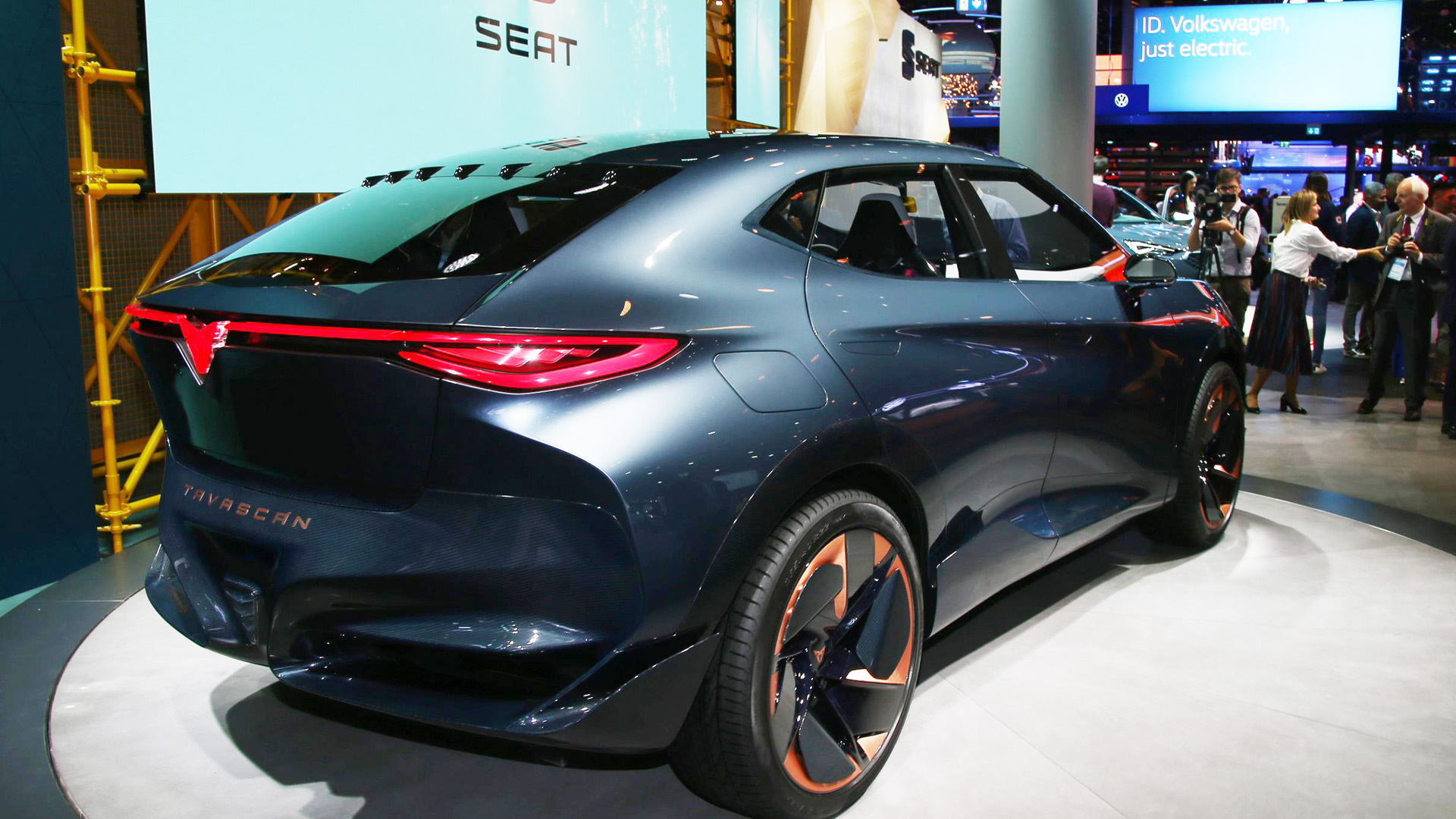 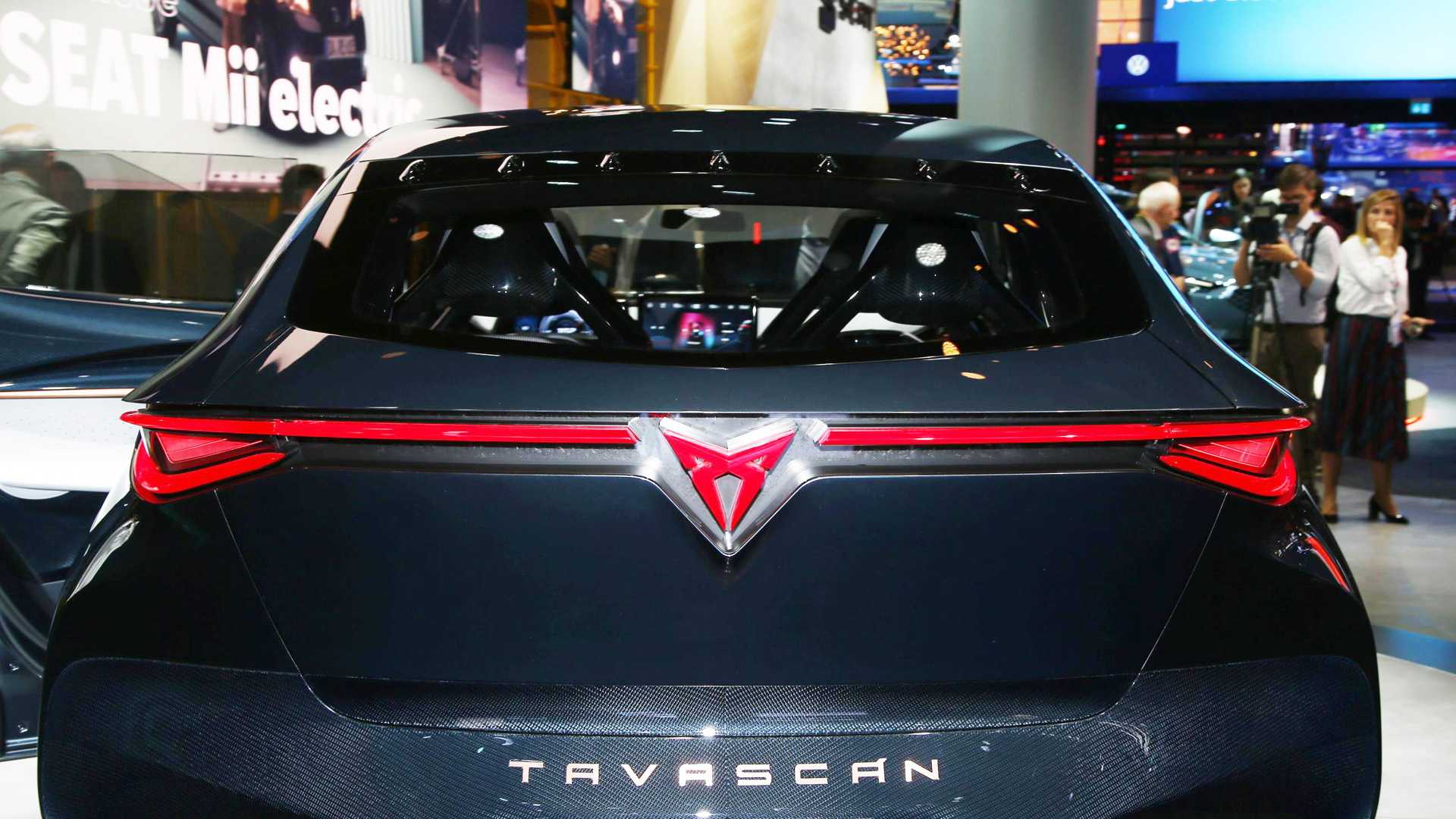 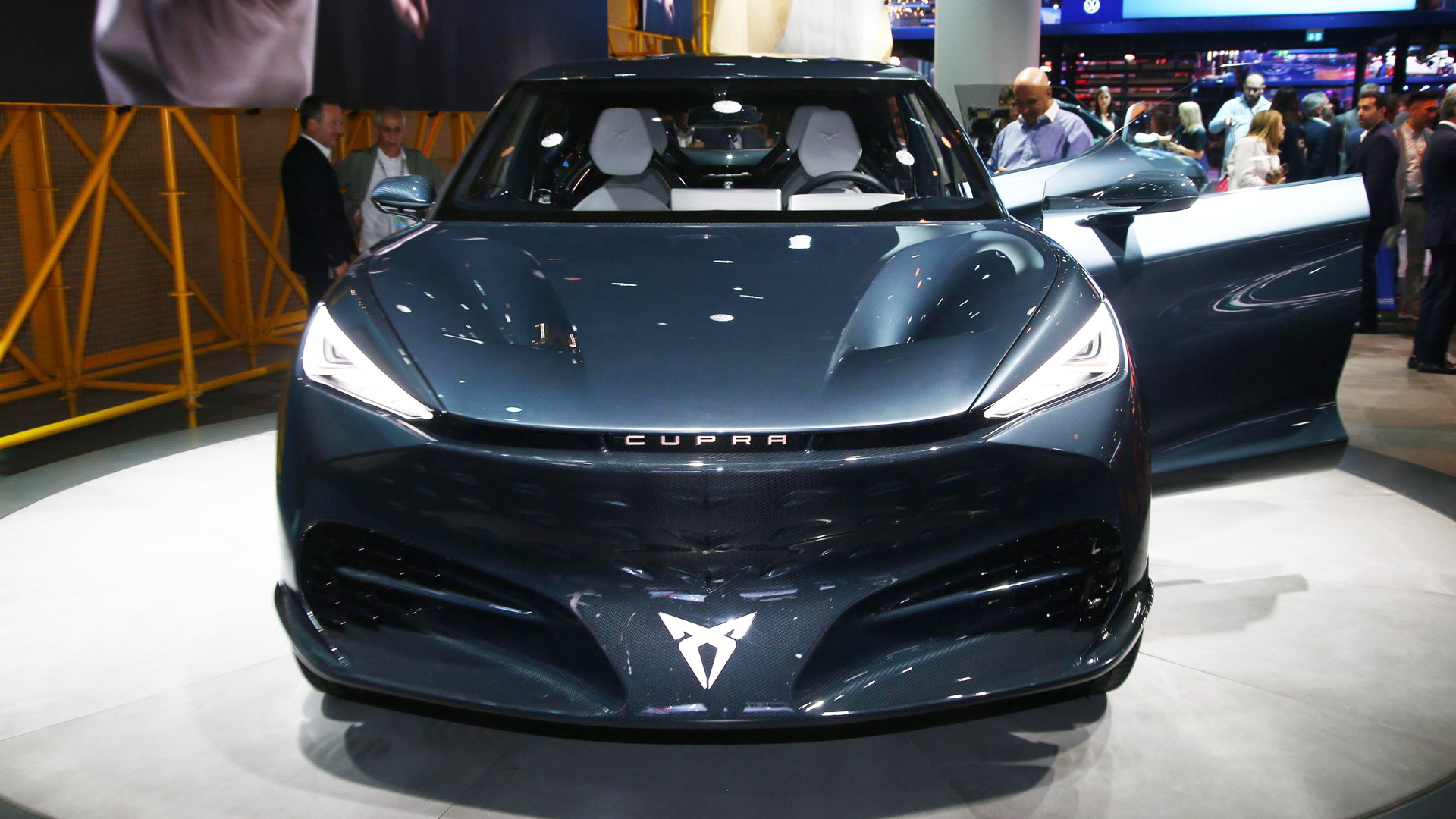 Cupra, the performance sub-brand of Volkswagen Group's Spanish unit SEAT, used the Frankfurt International Motor Show for the debut of a new concept, one powered by electricity.

Cupra on Tuesday revealed the Tavascan concept at the German show, a high-performance battery-electric car combining coupe-like proportions with the extra ground clearance of an SUV.

The concept's platform is VW's MEB. The platform will spawn as many as 27 EVs by the end of 2022, the first of which is the VW ID 3 that also debuted at the Frankfurt auto show. In the Tavascan, a pair of electric motors, one at each axle, provides a combined 306 horsepower. Or enough for 0-62 mph acceleration in 6.5 seconds. Meanwhile, a 77-kilowatt-hour lithium-ion battery provides enough juice for 250 miles of range.

Could we see the Tavascan in production? Cupra said the concept represents a vision of the brand's future, though stopped short of confirming it for production. The brand did, however, confirm plans for three performance-oriented plug-in hybrids, one of which will be a production version of the Formentor SUV concept unveiled earlier this year. It's due in 2020.

Cupra for years has served as the performance arm of SEAT but in 2018 was transformed into a sub-brand that will eventually have standalone models. However, most Cupras will remain tuned versions of SEAT models, like the Cupra Ateca SUV launched a year ago.