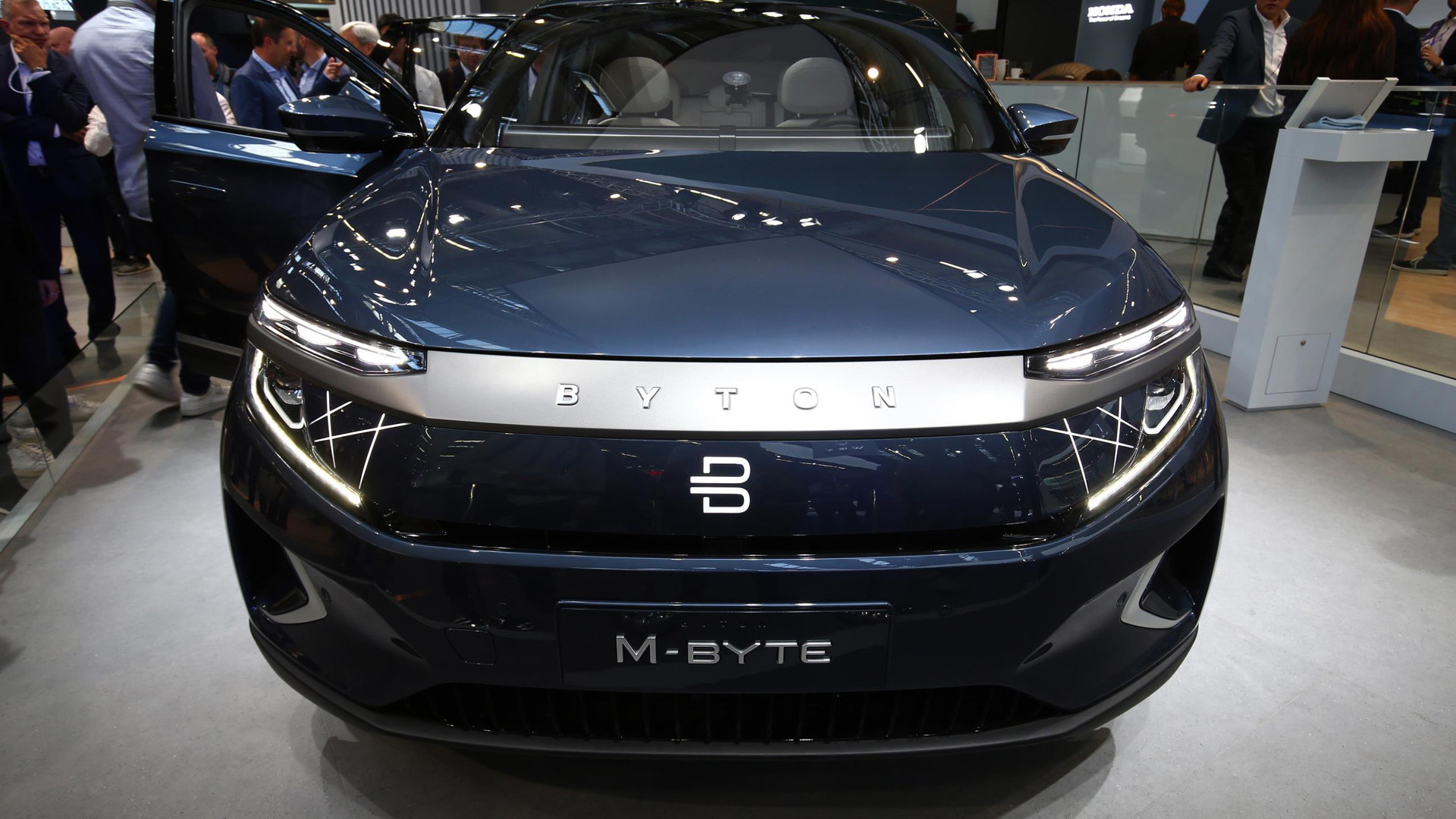 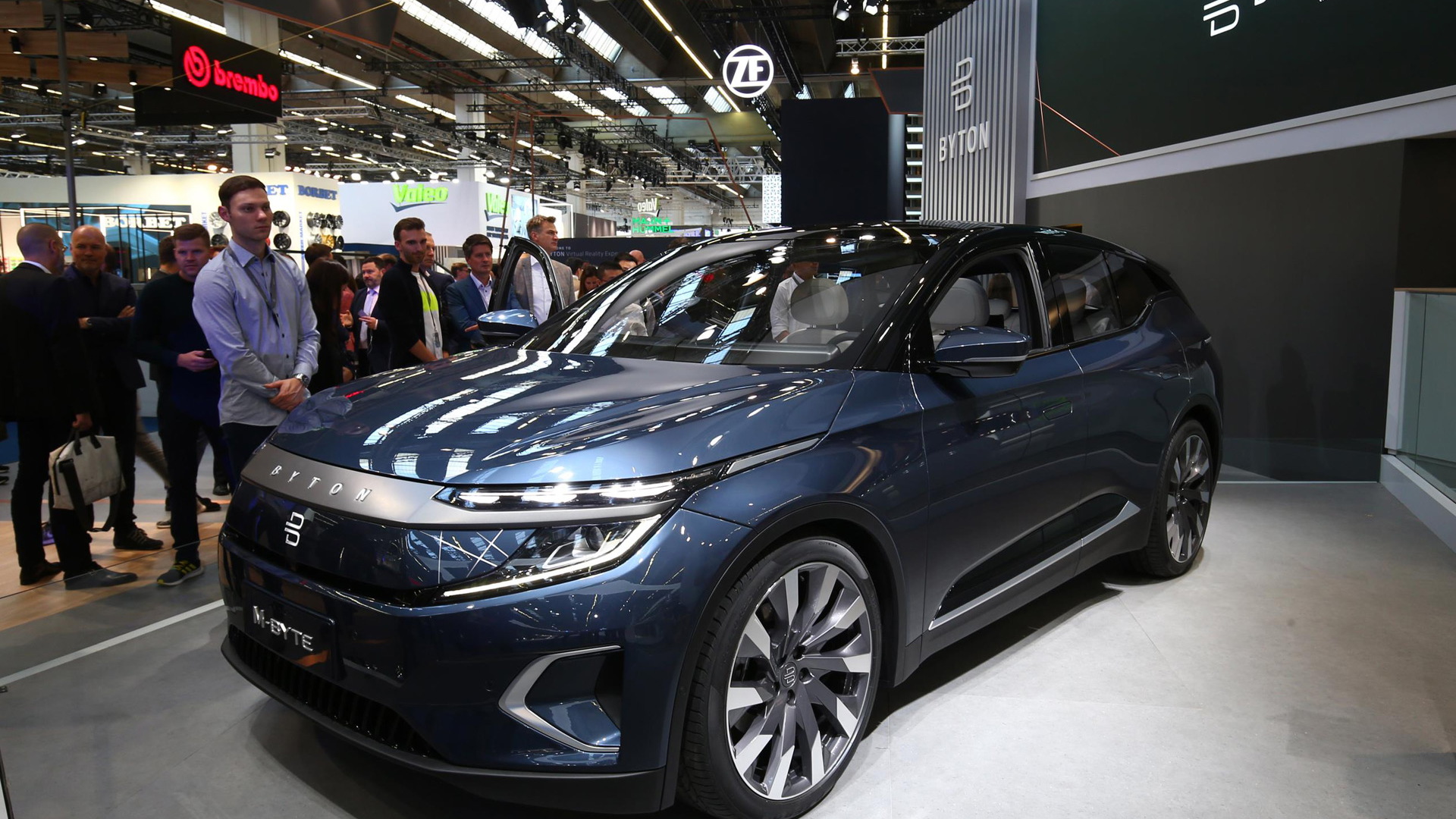 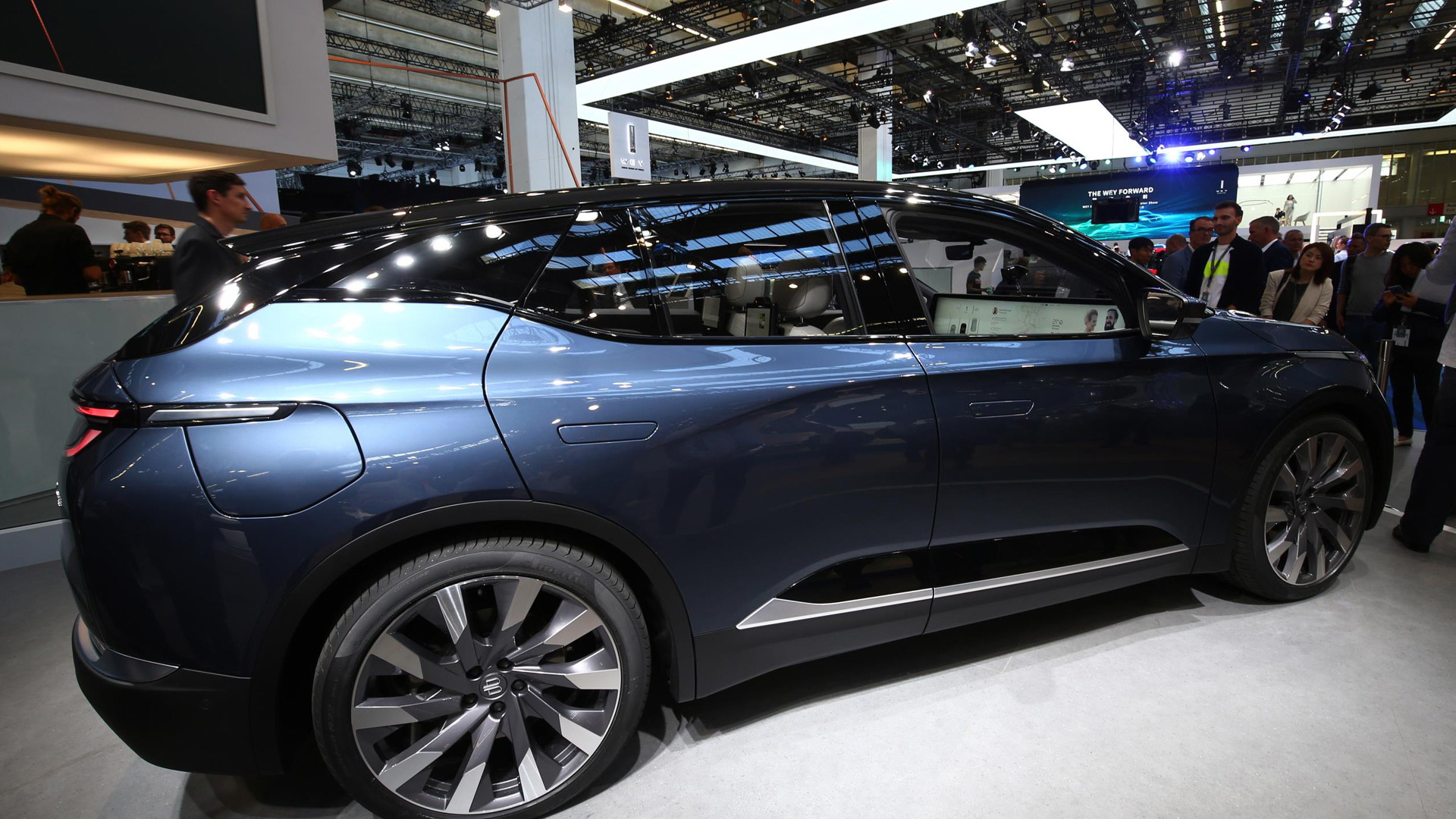 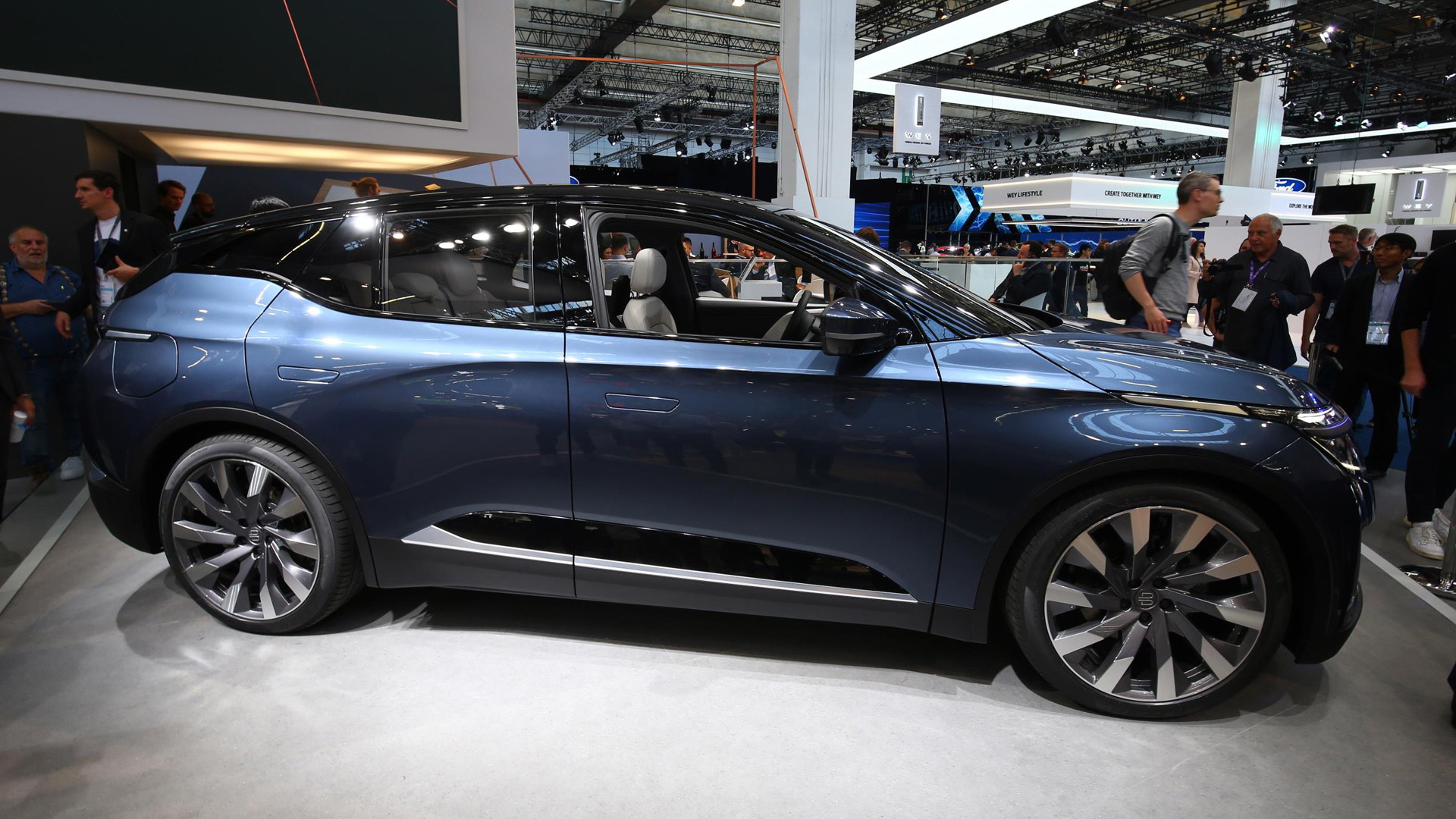 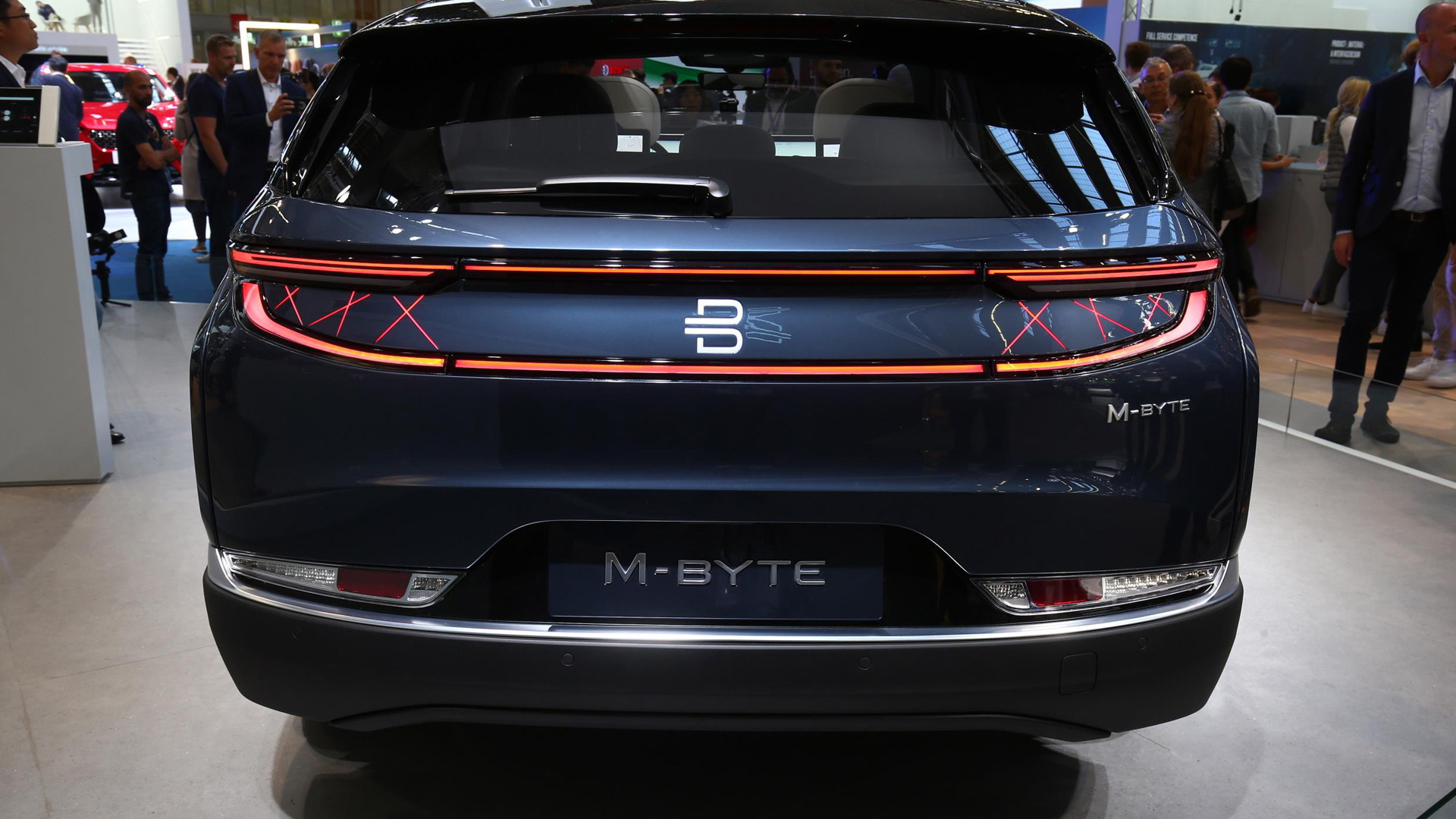 Byton debuted its production-spec M-Byte electric SUV at the Frankfurt International Motor Show on Tuesday, finally pulling the sheet off of its showroom-ready exterior.

Range for the two-wheel drive model should top out around 200 miles with the all-wheel-drive variant touching 240 miles, on the WLTP test cycle. Both are equipped with a 150-kw on-board DC fast-charger.

Byton opted for a sleek, low-and-wide design that is more wagon-like than SUV-like, which should make it easy for contemporary crossover buyers to stomach even if it lacks the overly futuristic flair of Tesla's Model X.

Inside, the M-Byte's centerpiece is its dash-mounted, 48-inch curved display, which serves as both an infotainment hub and a driver information system. Extending nearly the full width of the M-Byte's interior, Byton says it's the largest display in any production vehicle.

Controls for the system are found both on the steering wheel, which has a built-in, 7.0-inch touchscreen interface, and on the 8.0-inch "co-driver tablet," which extends from the front of the center console. Occupants will also have voice and gesture control options, facial recognition, and physical controls.

The interior is designed to deliver a lounge-like experience rather than a vehicular one. Premium touches such as quilted leather and stitched trim elements contribute to the upmarket vibe, and the rear bench can be replaced with captain's chairs for added comfort.

Byton says that production will start in the first half of 2020, with Chinese-market deliveries beginning around the start of the third quarter. Orders for the European and North American markets will open in 2020, with deliveries starting in 2021.