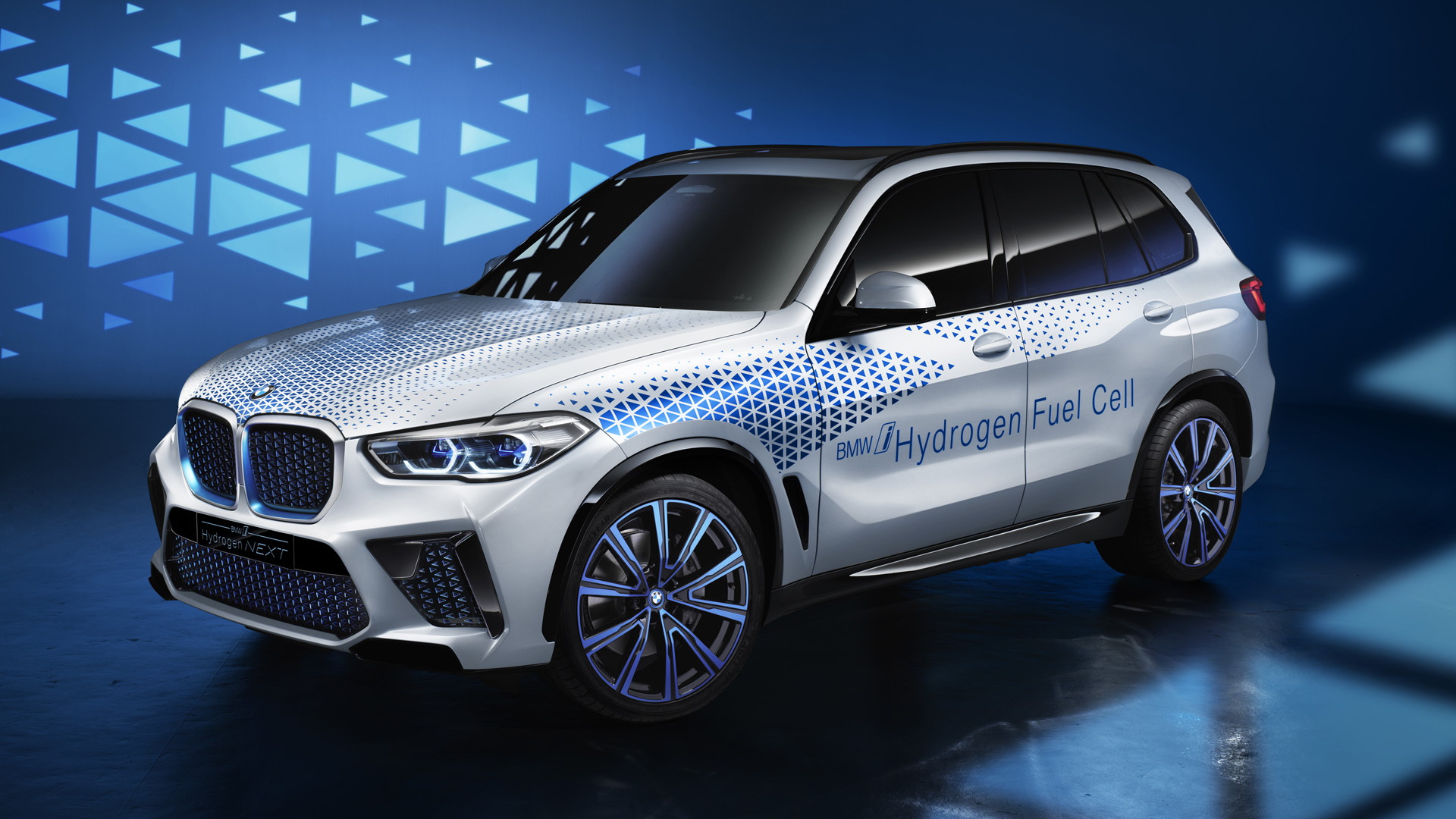 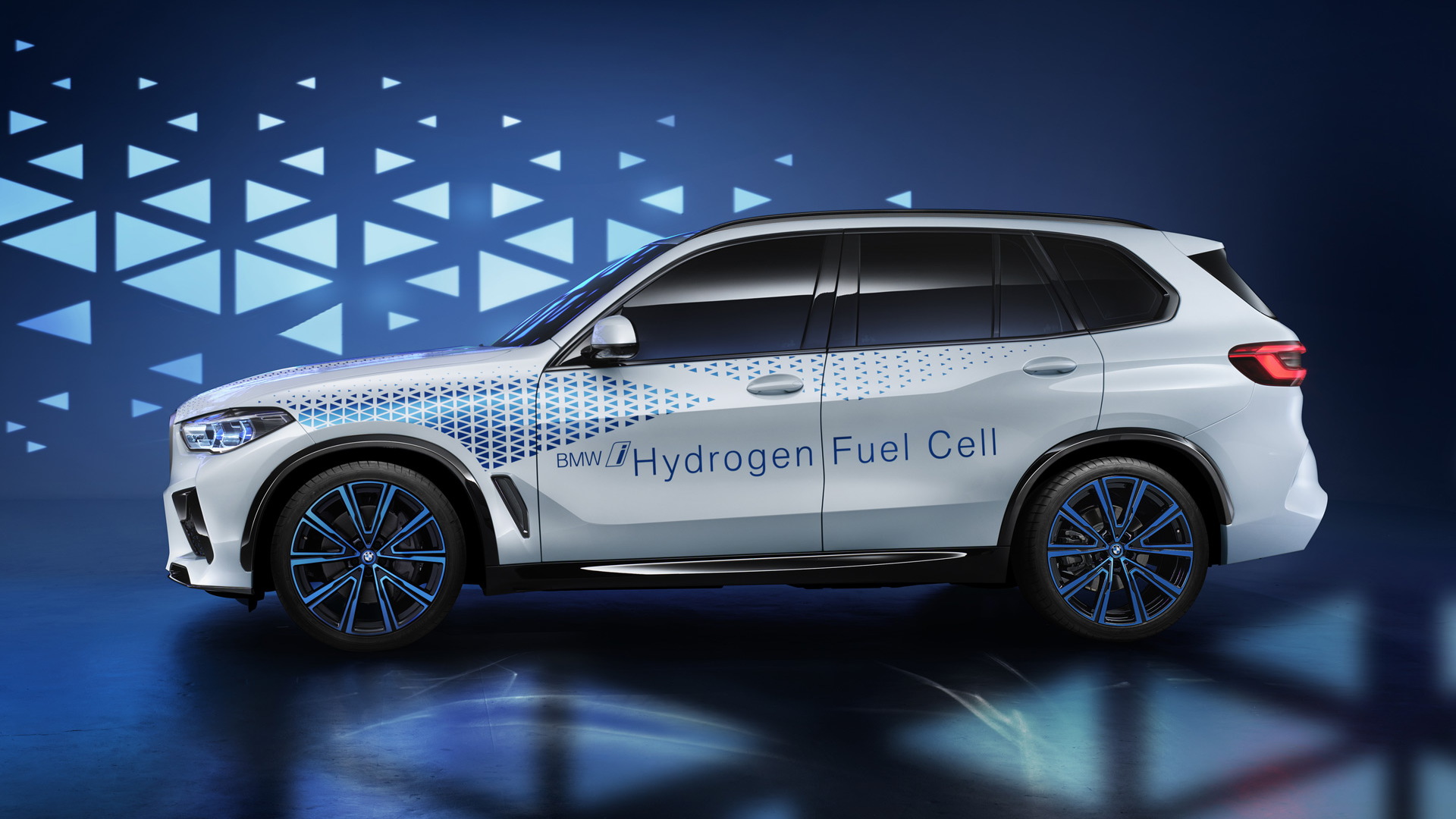 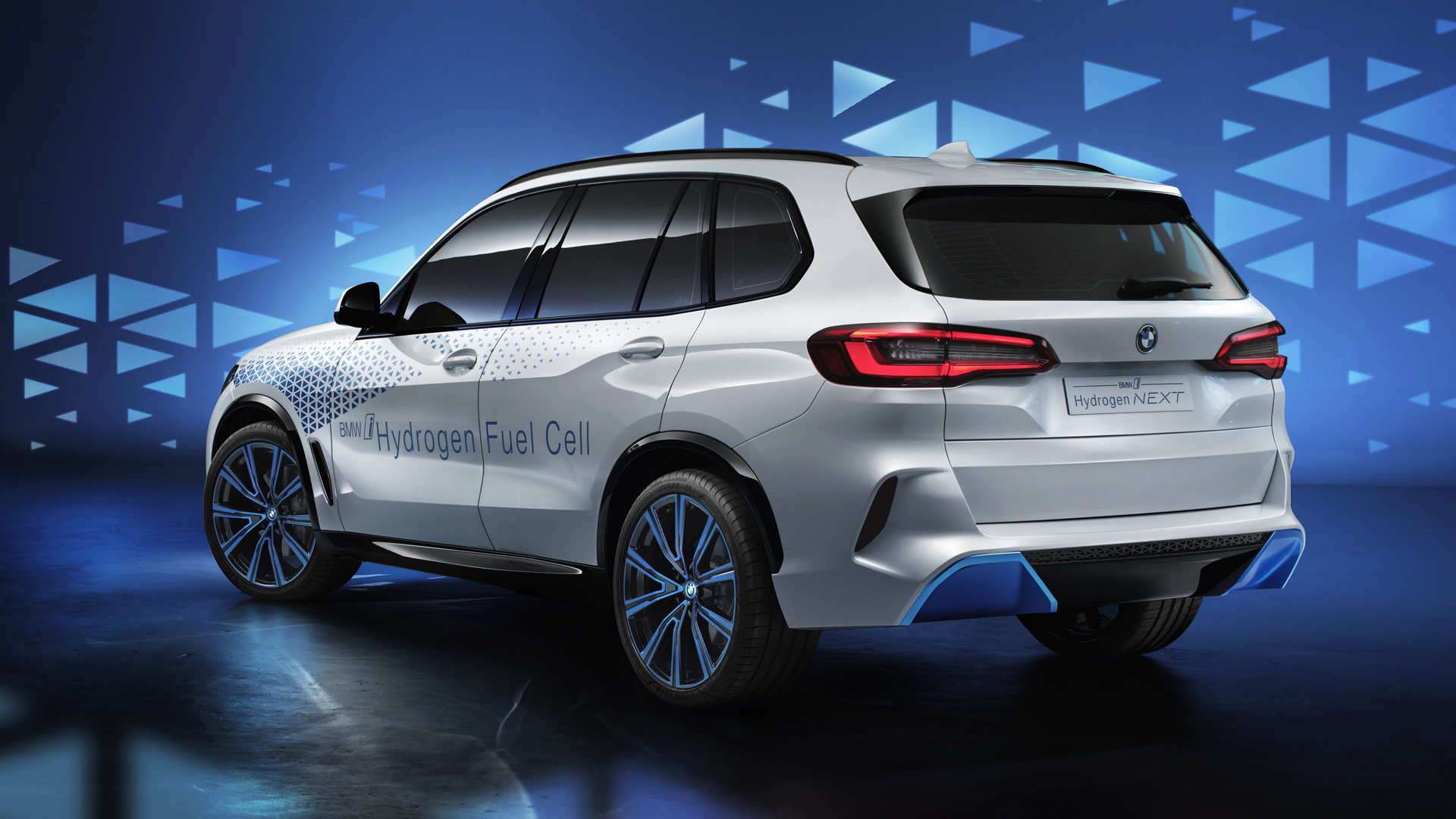 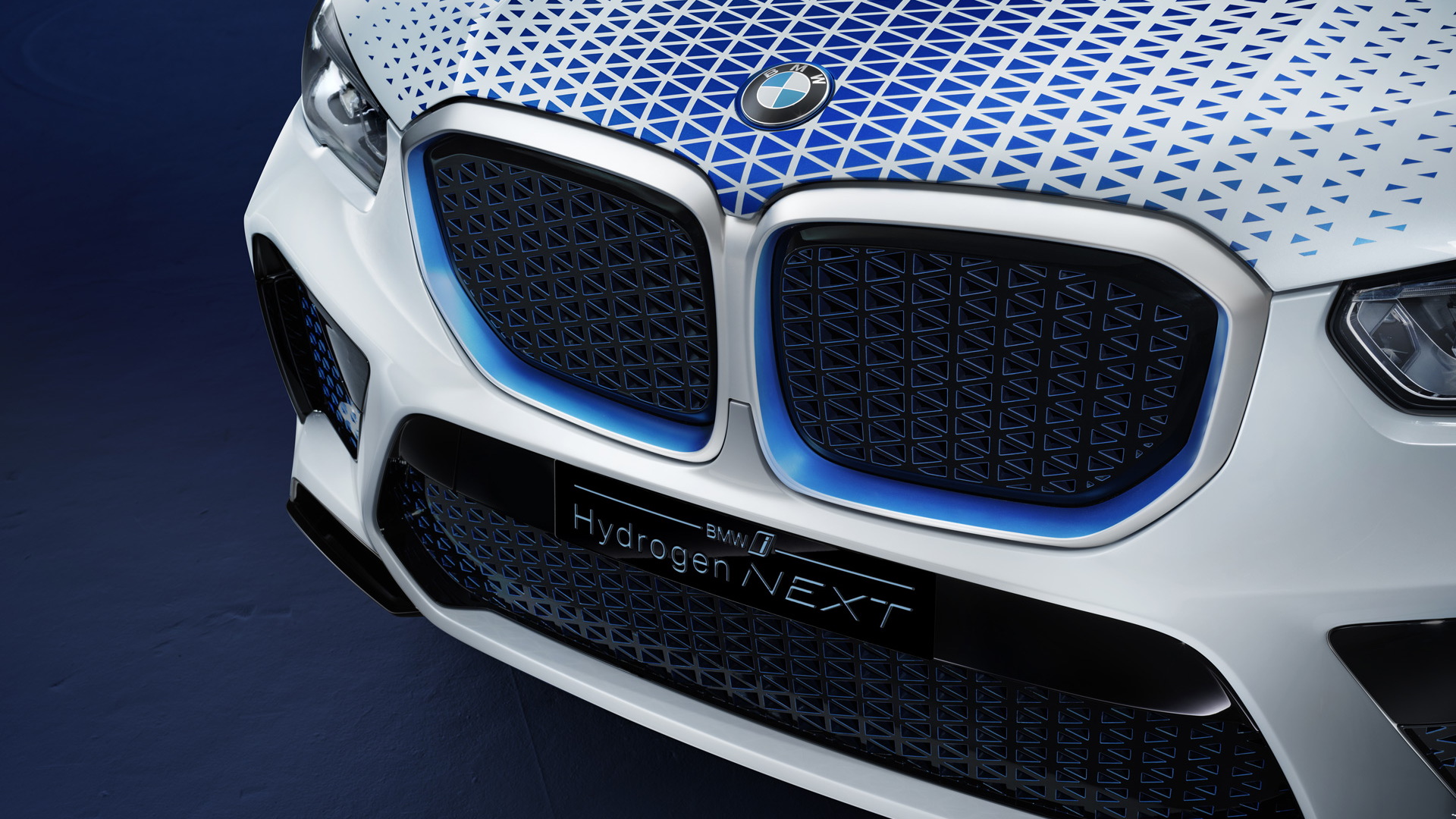 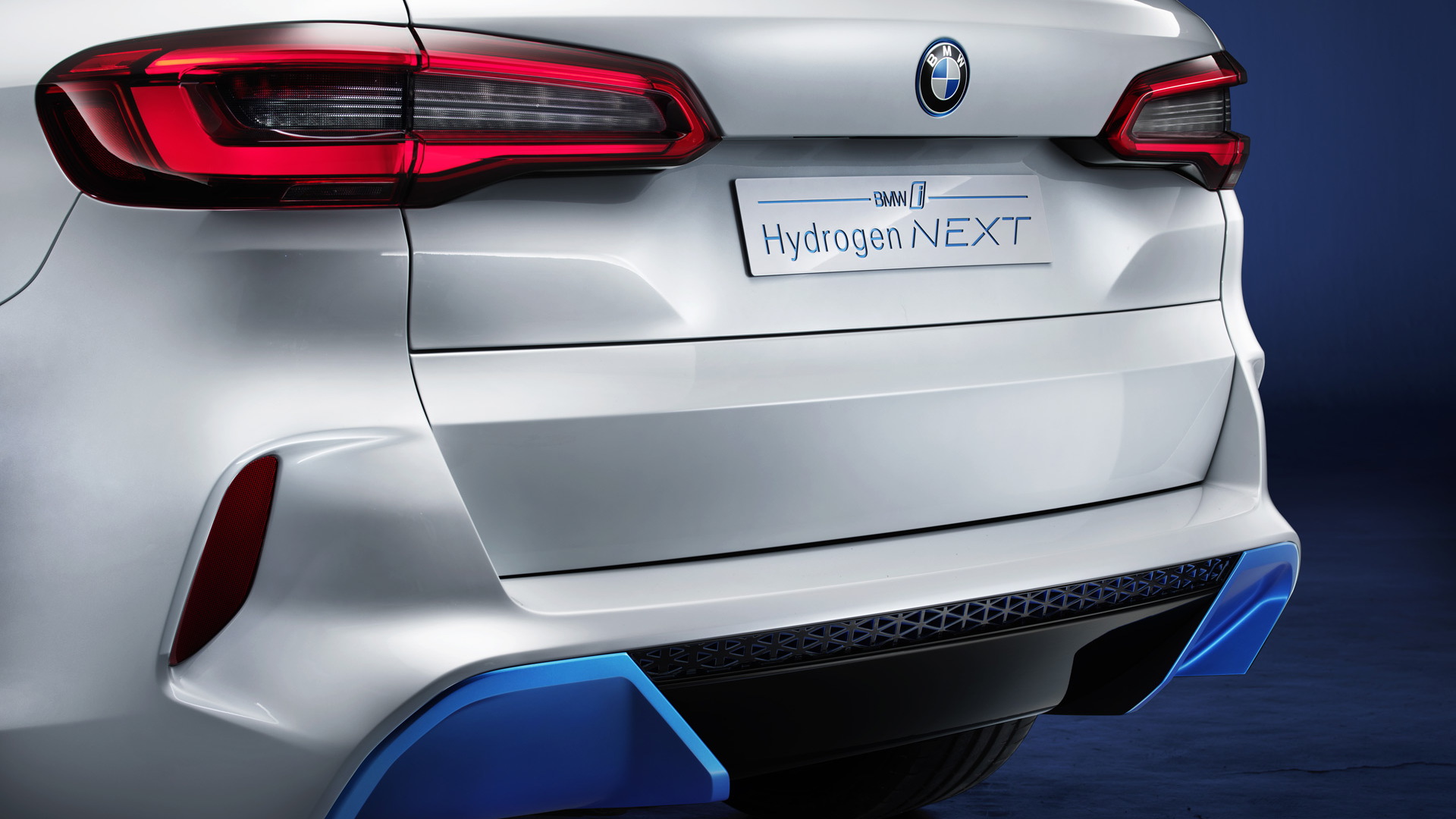 BMW Group has an aggressive EV strategy that will see the automaker introduce more than a dozen battery-electric vehicles by 2023, the first of which has already arrived in the form of the Mini Cooper SE.

However, the automaker also sees a place for hydrogen fuel cell-electric vehicles in achieving its goal of an emission-free lineup. Specifically, in long-distance driving.

On Tuesday at the Frankfurt International Motor Show, BMW rolled out the i Hydrogen Next concept, a BMW X5 fitted with a fuel cell-electric powertrain (and the agressive body kit of the next X5 M). The concept demonstrates BMW's readiness to introduce a hydrogen-fuelled vehicle and will see limited production in 2022. Volume fuel cell-electric vehicles could be ready by 2025, the automaker said.

The powertrain is comprised of an electric motor at each axle for all-wheel drive. Instead of a battery, juice to power these motors is sourced from a compact hydrogen fuel cell stack mounted where the X5's internal-combustion engine normally sits. Two reinforced hydrogen storage tanks are located in the transmission tunnel and under the rear seats.

BMW said filling the tanks would take less than four minutes, assuming you could find a place that sells hydrogen. In addition to the quick refuelling time, another benefit of fuel cell-electric vehicles over their battery-electric counterparts that isn't normally mentioned is their unaffected performance in extreme cold and heat.

BMW uses a fuel cell stack developed with Toyota. The two have collaborated on fuel cells since at least 2013 and BMW has been testing the technology in a small fleet of 5-Series GT-based prototypes since 2015.