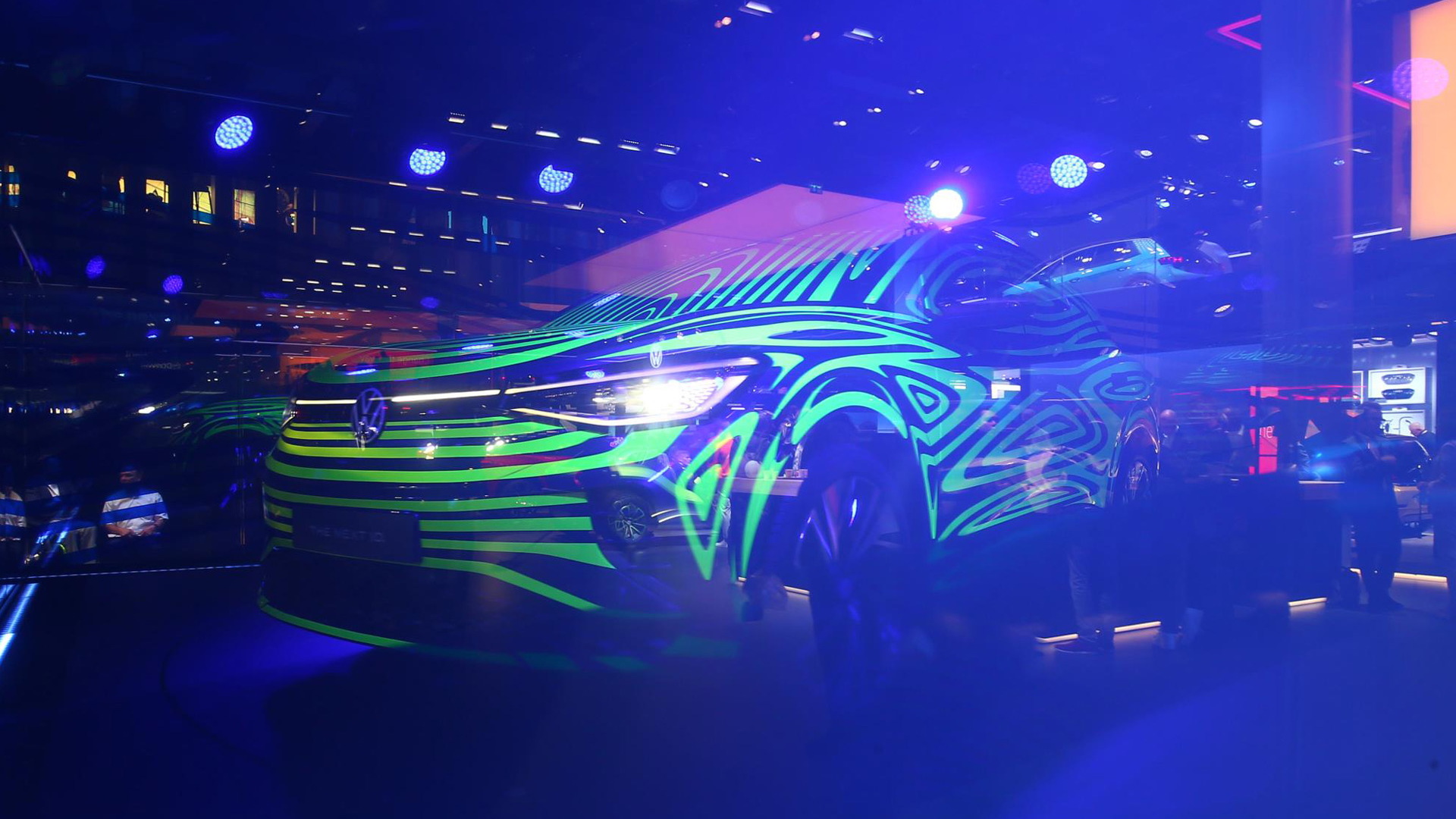 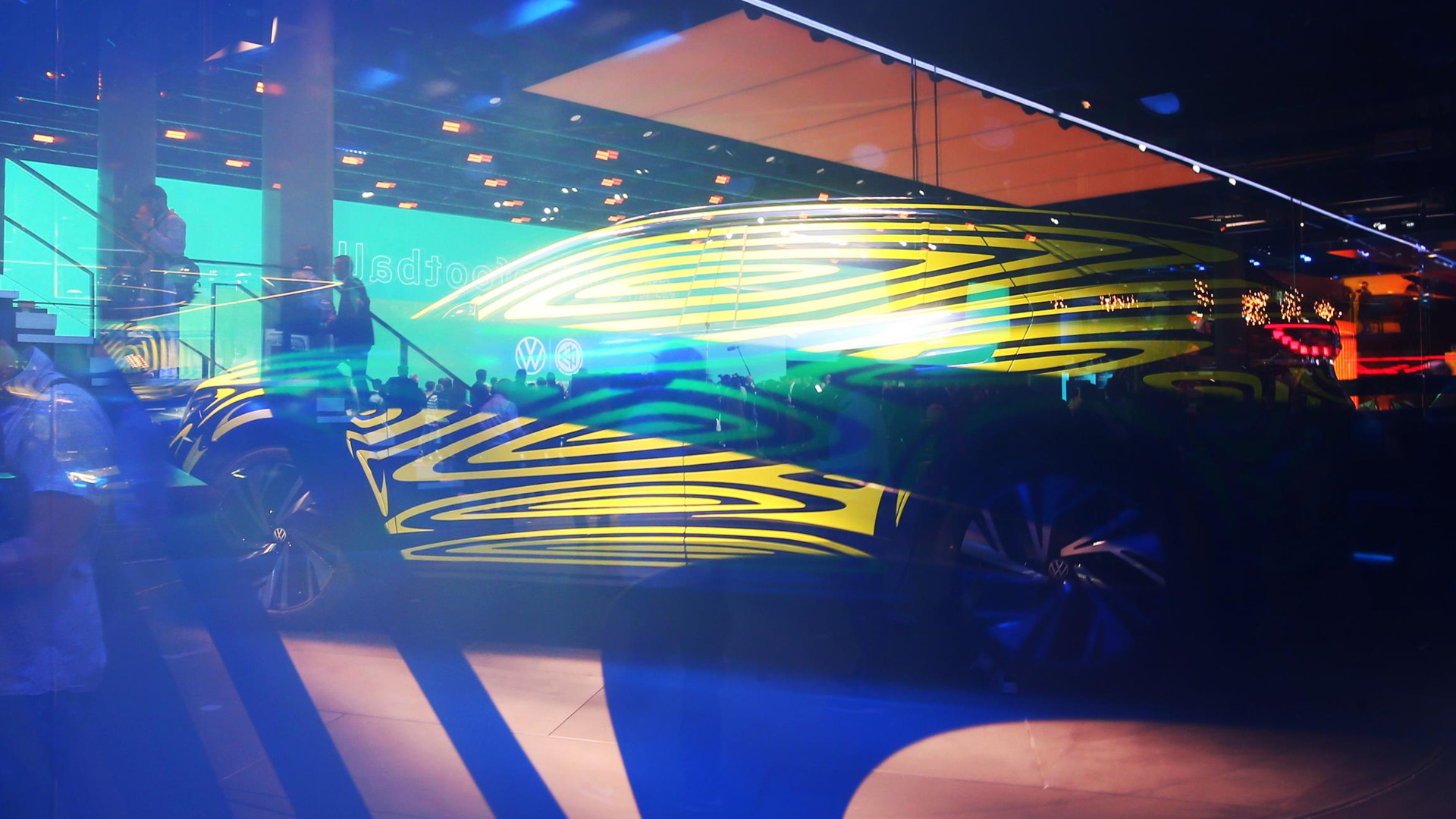 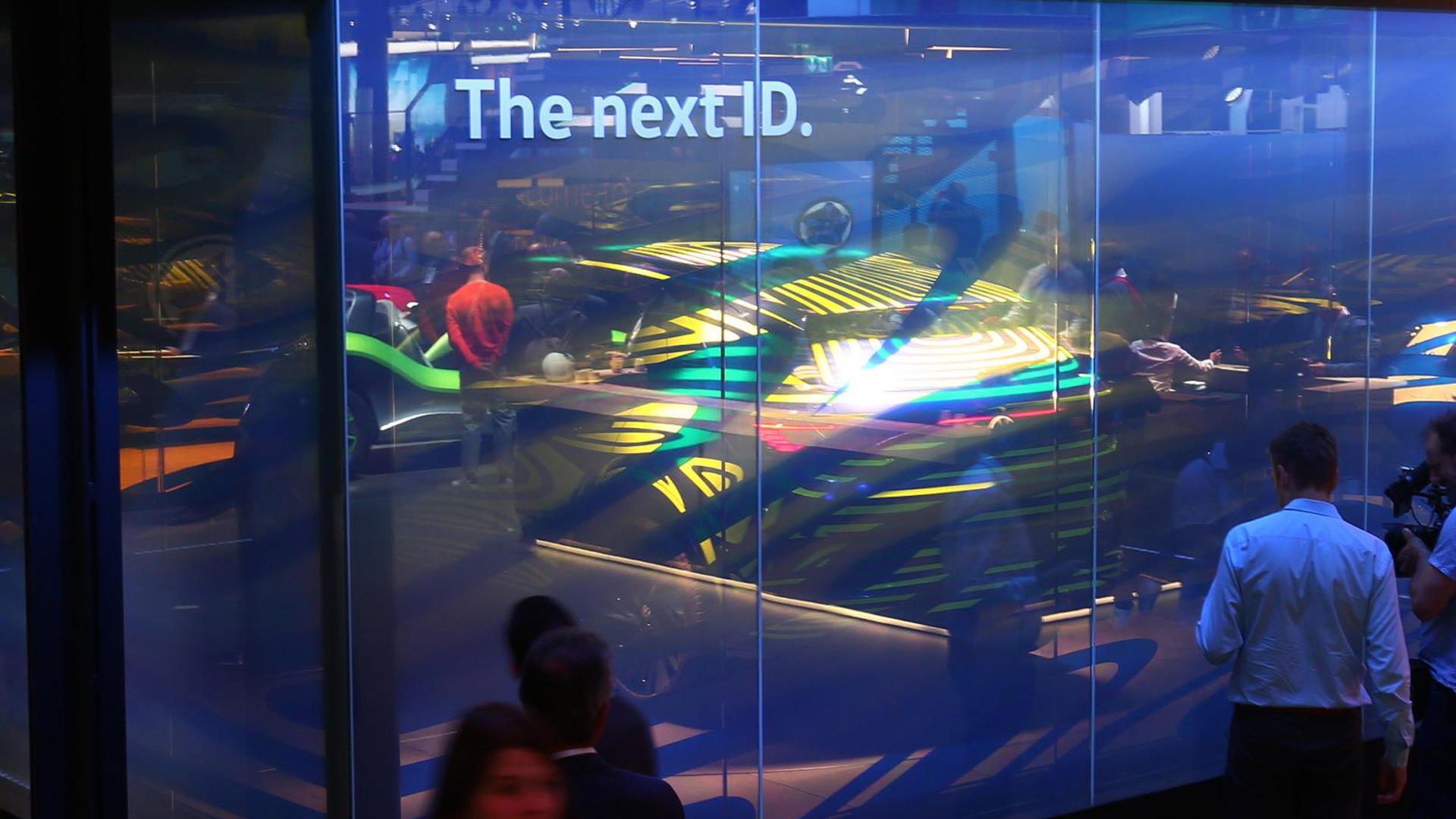 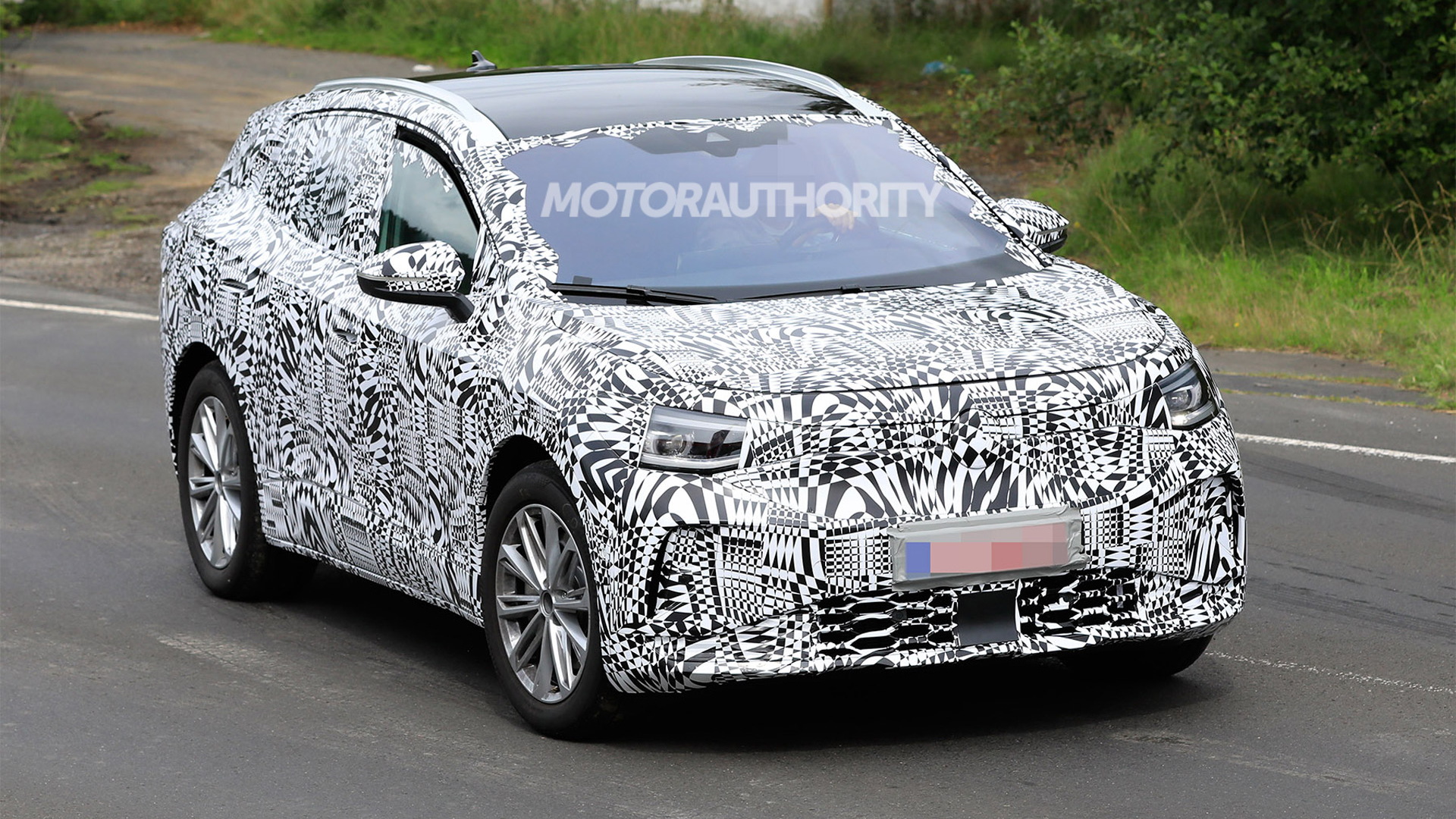 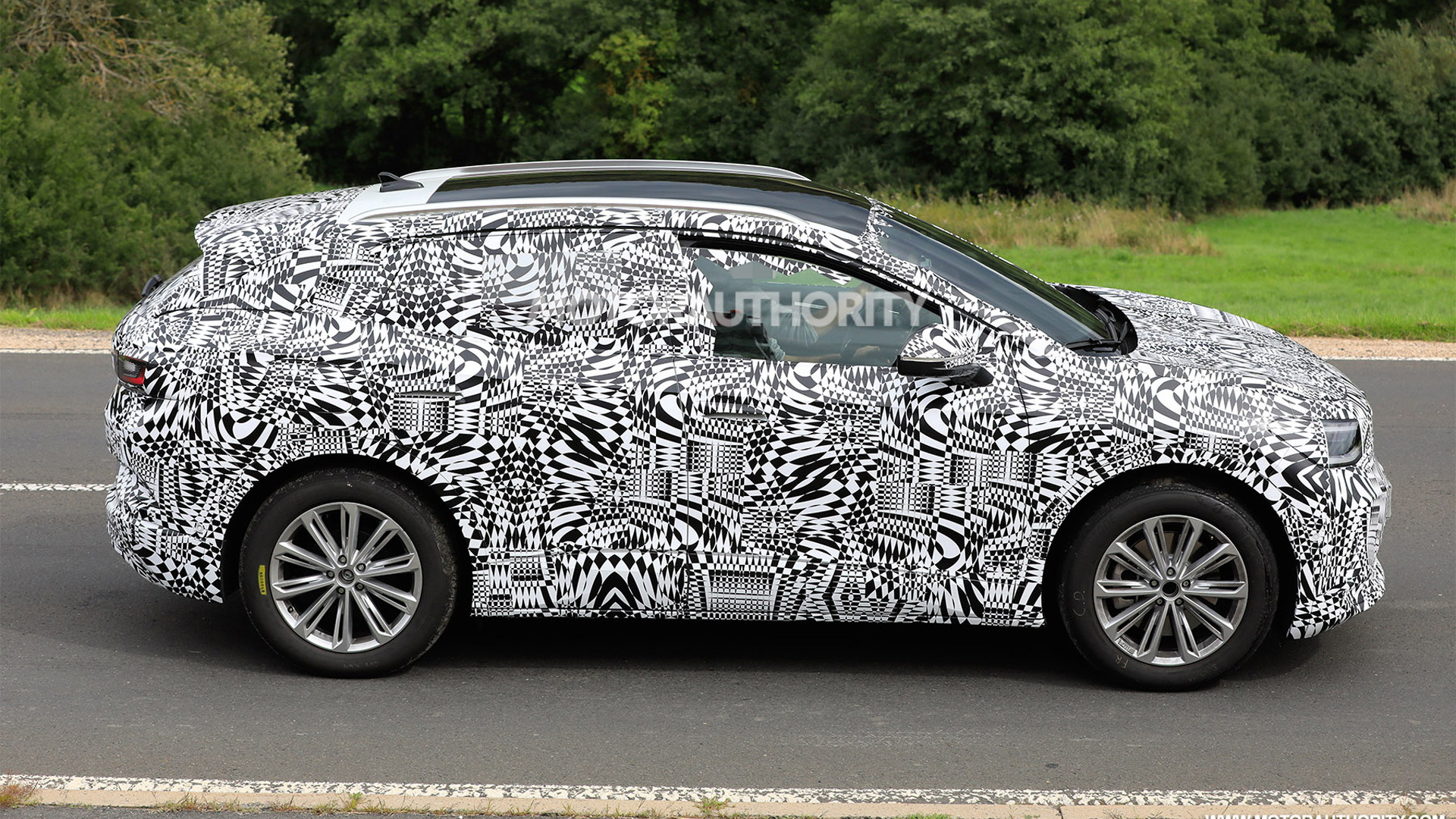 Volkswagen's major reveal at this week's Frankfurt International Motor Show was the ID 3 electric hatchback, however the automaker also had its next ID vehicle tucked away in a corner and hidden under camouflage gear.

The vehicle is the production version of 2017's ID Crozz concept, which VW on Tuesday confirmed to be called an ID 4 (previously thought to be an ID 4X). 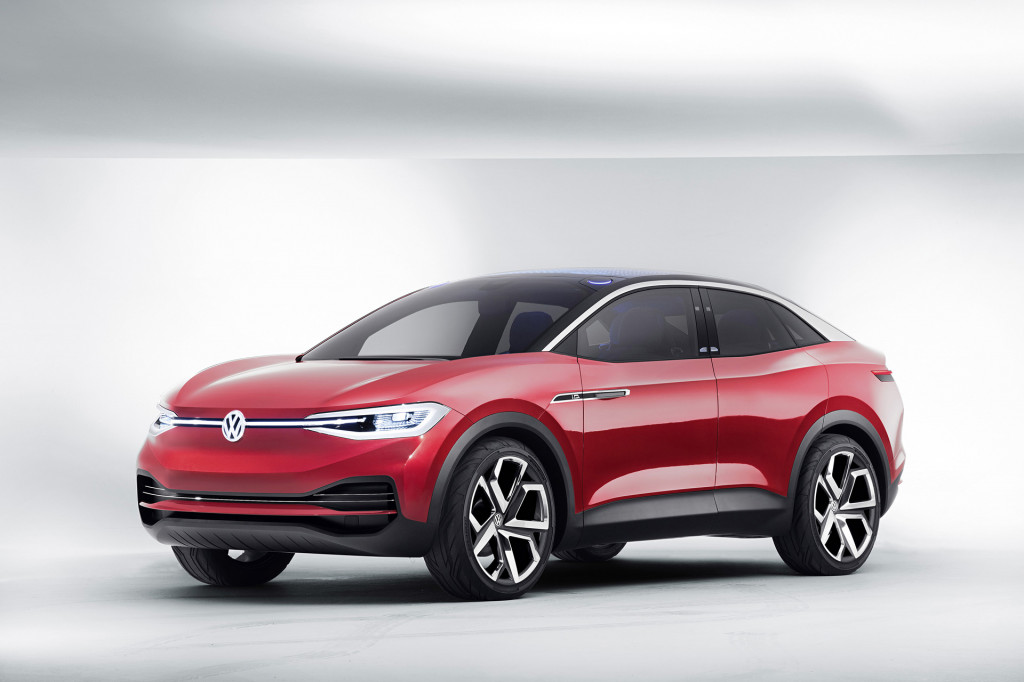 The ID 4 will be the first member of VW's ID family to reach the United States, with sales confirmed for next year meaning we'll likely see the vehicle as a 2021 model (sadly the ID 3 isn't coming here). It will be a direct rival to the Tesla Model Y and a new Chevrolet Bolt EV-based SUV currently in the works. We've also spotted prototypes being benchmarked with the Hyundai Nexo fuel cell-electric SUV.

The ID 4 is a battery-electric model sharing the flexible MEB platform that debuted in production guise in the ID 3. It isn't clear what the specs will be but similar numbers to the ID 3 are likely. The electric hatch comes with battery sizes in 45, 58 and 77 kilowatt-hours, and a single electric motor at the rear delivering 205 horsepower and 229 pound-feet of torque. The corresponding ranges on the WLTP cycle are 205, 260 and 341 miles, respectively. EPA-rated figures would come in lower, though.

A dual-motor, all-wheel-drive setup with more power is confirmed for both the ID 3 and ID 4. Such a setup in the ID Crozz concept delivered 302 hp.

Beyond the ID 3 and ID 4 in VW's ID family of electric cars, we know there will be a van that will spawn both lifestyle and commercial versions. It's due in 2022 and billed as a modern successor to the iconic VW Microbus. Also in the works is a large sedan based on 2018's ID Vizzion concept and a mid-size SUV based on 2019's ID Roomzz concept.

VW will even build some ID cars here in the U.S. Production is due to start at the automaker's plant in Chattanooga, Tennessee, in 2022. The timing suggests that the first ID car built locally will be the modern Bus.