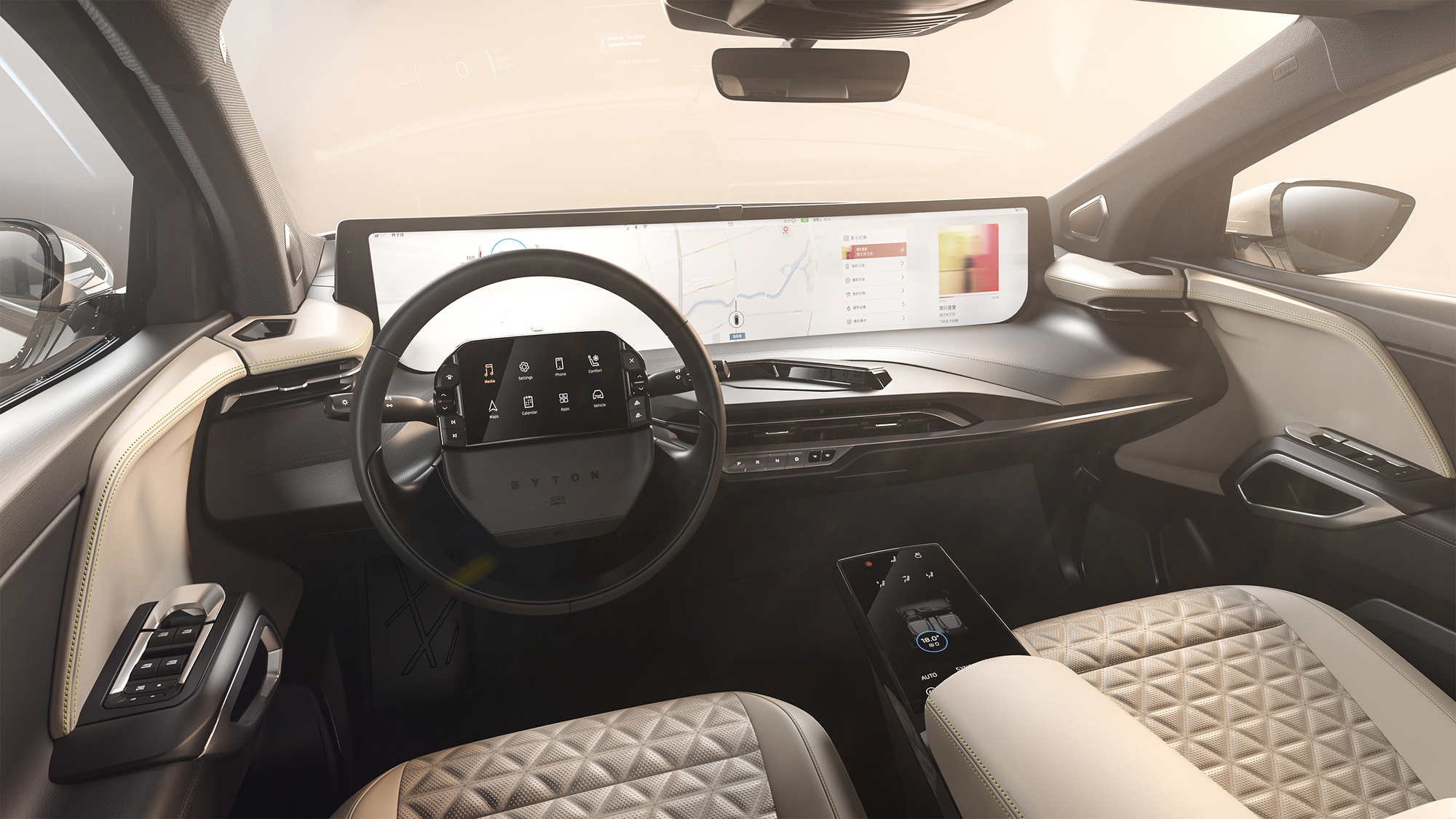 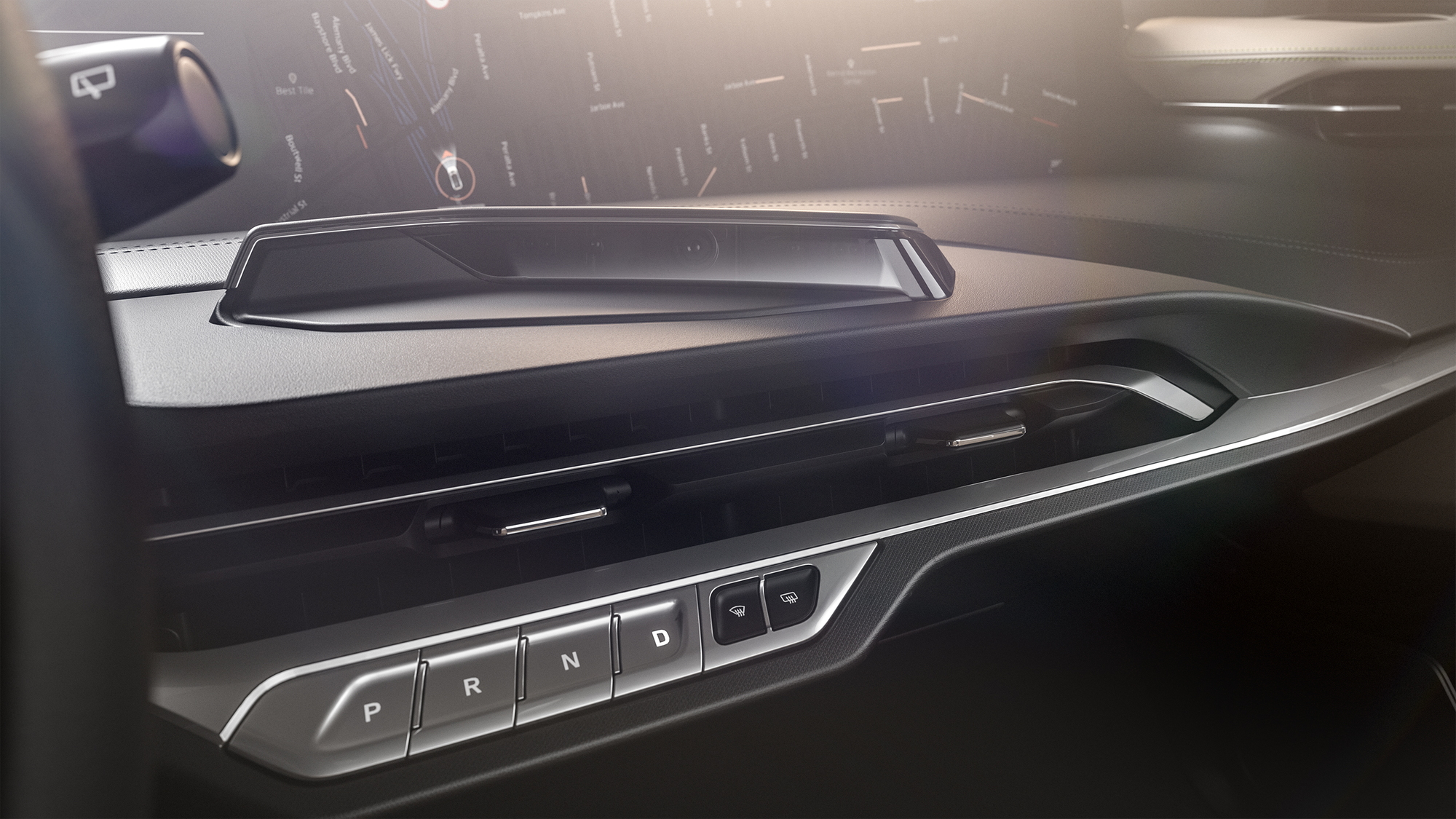 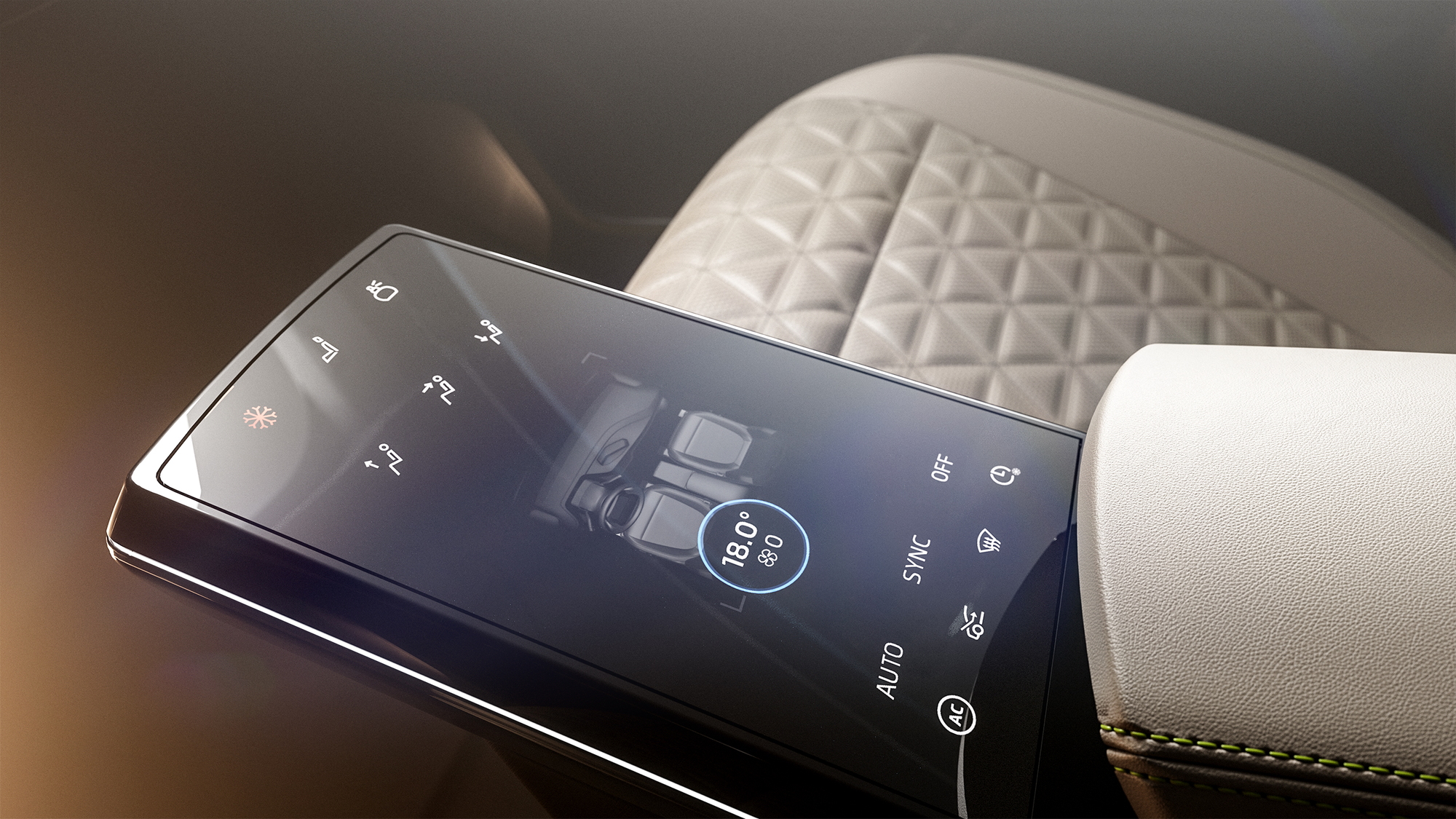 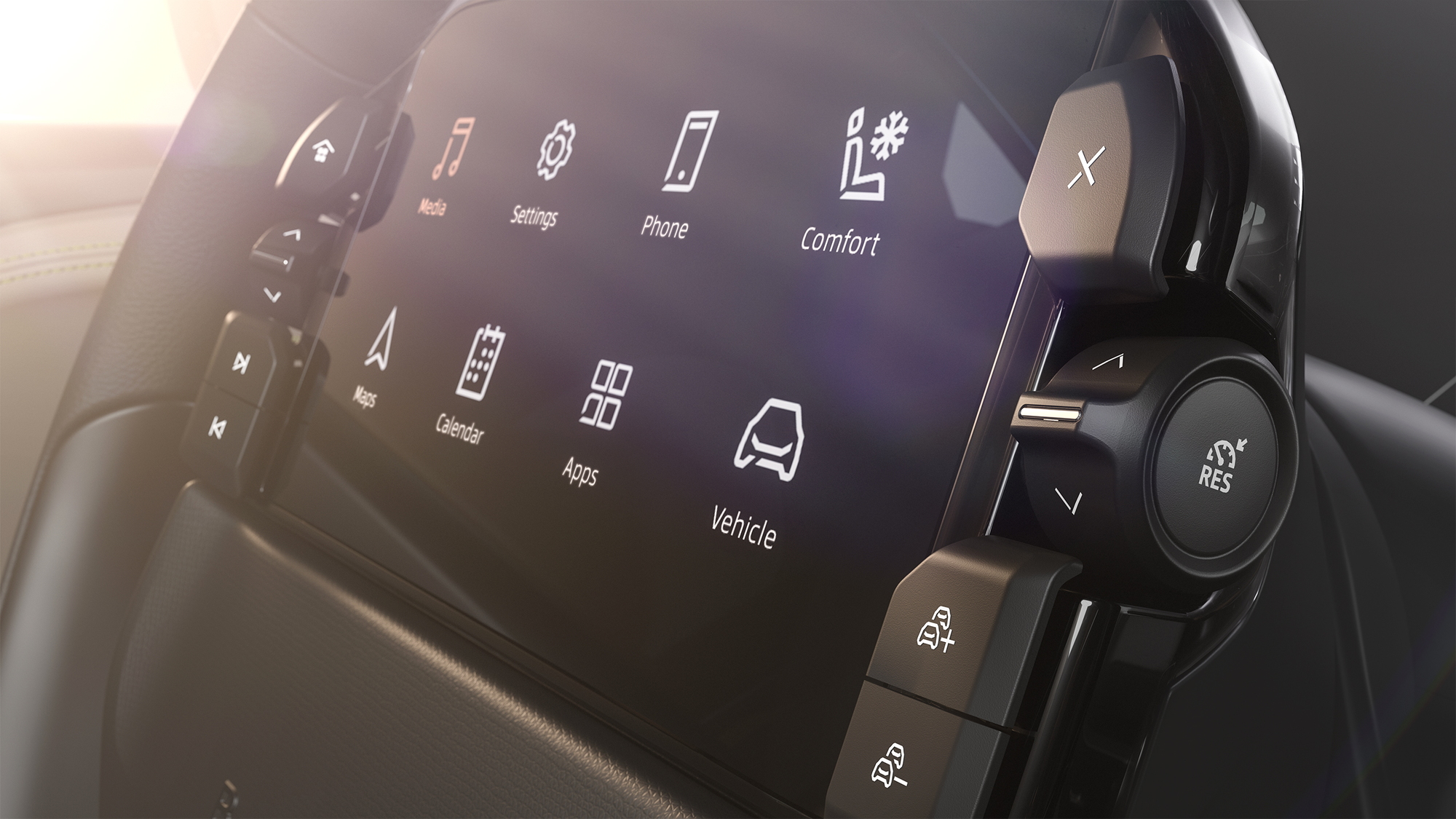 Byton promised that the production M-Byte electric SUV would hold true to the concept. On Thursday, the startup electric-car brand released teaser images of the production vehicle's cockpit, and they confirm at least the interior will keep that promise. Yes, the 48-inch screen is there; Byton calls it the "Shared Experience Display."

The company said the interior motif is "digital power," and there's a lot of tech going on to back that name. Aside from the screen that measures larger than some televisions sitting in living rooms across the country, the steering wheel has a 7-inch driver's tablet and there's an 8-inch central touchpad just below the center armrest. This tech is ready for primetime, Byton said in its announcement. 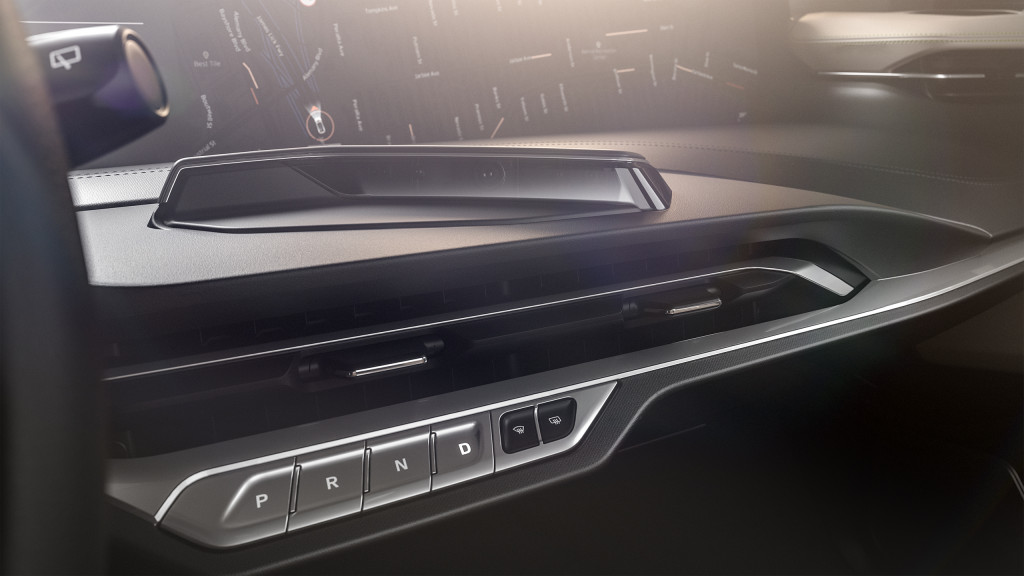 It remains to be seen how the interfaces will work together. No production car has ever implemented so much real estate for screens. Specifically, the steering-wheel-mounted tablet could be a tad clunky, though Byton said the wheel has physical buttons as well. Drivers will select the transmission mode from the center stack via buttons.

Should the design hold up as the first M-Bytes roll off the production line, the electric SUV's cockpit  looks like a nice place to be. 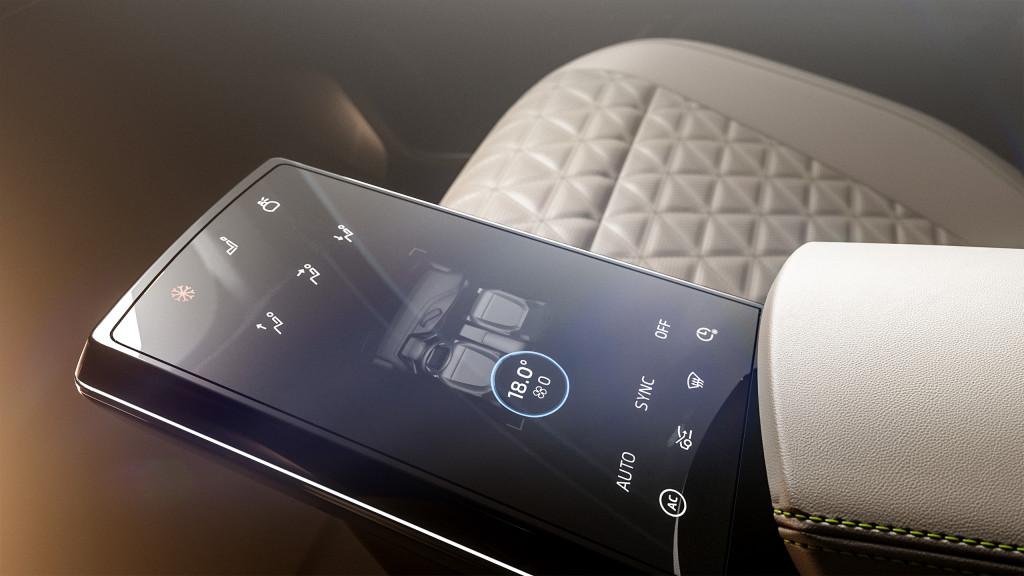 Real-world testing of the SUV started last August as Byton gears up to start production this fall in China. From there, Byton wants to break into the European and U.S. markets in 2020 with the techy SUV. The electric powertrain will provide 250 horsepower and 295 pound-feet of torque and feature a 71-kwh battery pack that the company estimates will provide a 249-mile range in this rear-wheel-drive model. A second model will arrive with a 95-kwh battery pack and all-wheel drive. For that one, Byton floated specs of 323 miles to a charge, 470 hp, and 524 lb-ft of torque. As we've seen with the Jaguar I-Pace and Audi E-tron, however, the range specs for both seem like they will be overstated in the U.S. Both have batteries with more than 90 kwh but their ranges are 234 and 204 miles, respectively. 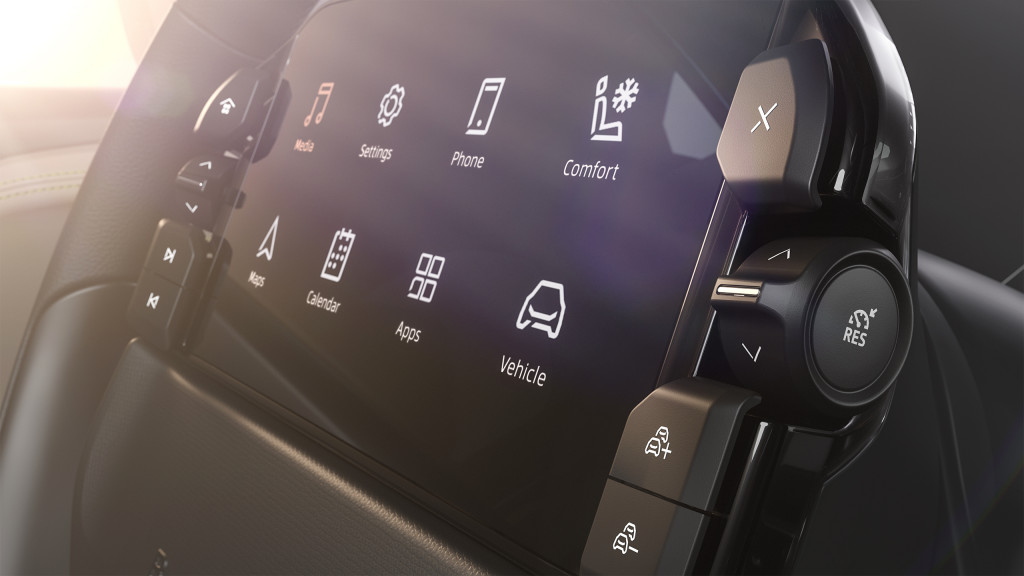 Other futuristic highlights from the original concept vehicle include facial recognition that precludes the need for a physical car key, artificial intelligence to learn the driver's preferences, and Level 3 self-driving/driver-assistance technology, which only works in certain situations and requires drivers to take over in case certain conditions aren't met. In 2020, Byton claims the M-Byte will be available with a Level 4 system. Level 4 autonomy can handle most driving tasks, but a car so equipped would still have controls for a driver.