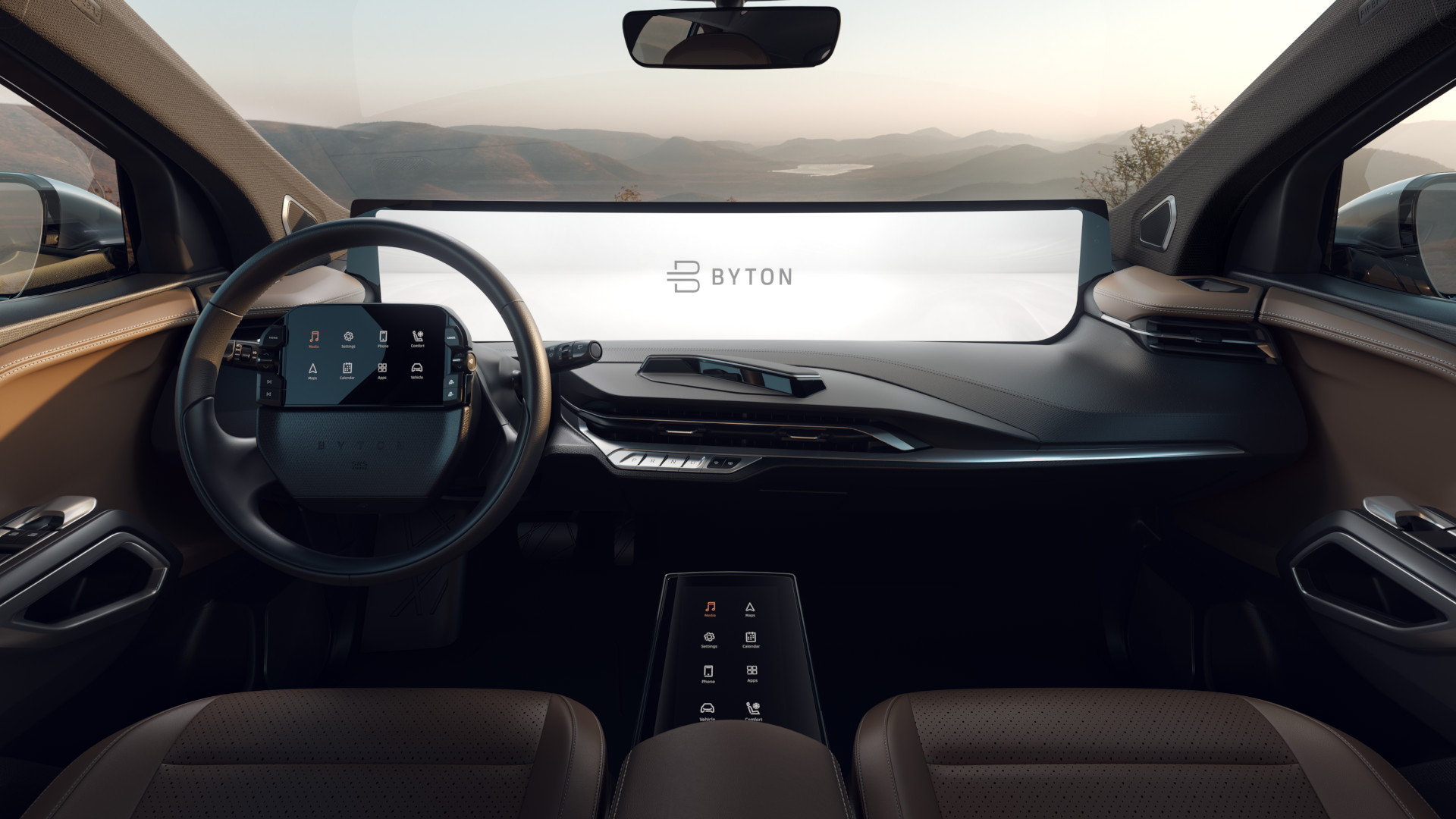 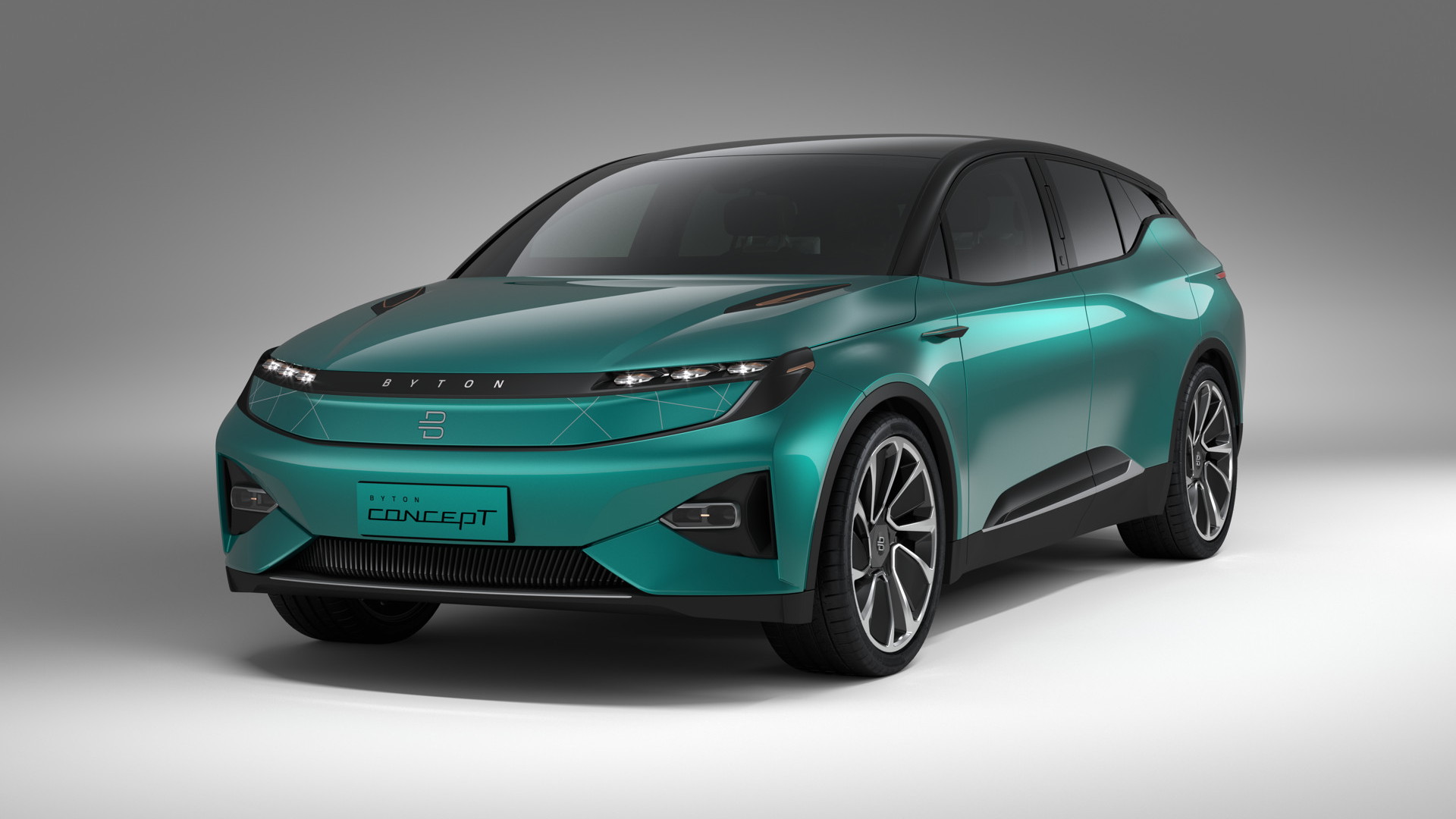 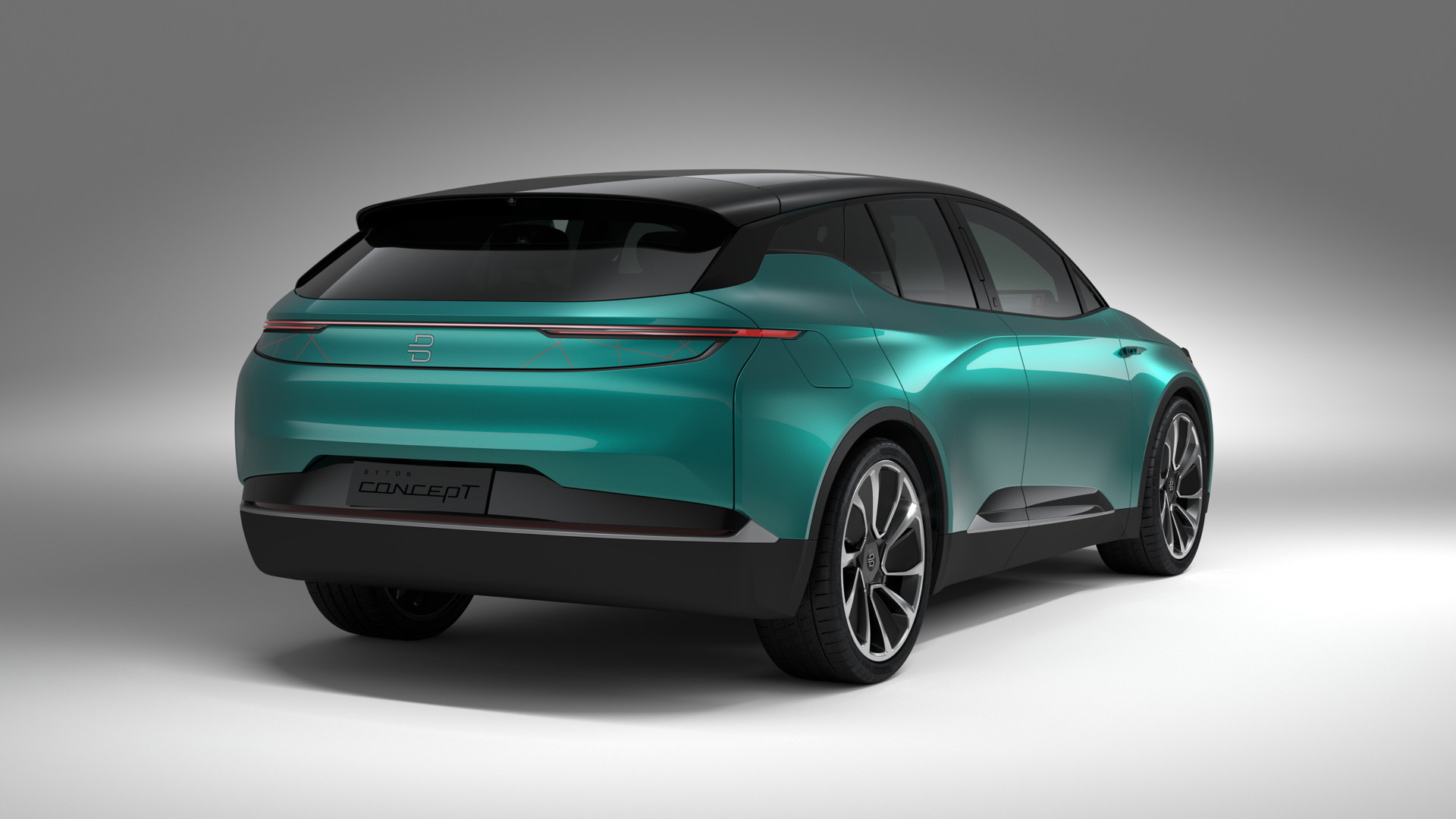 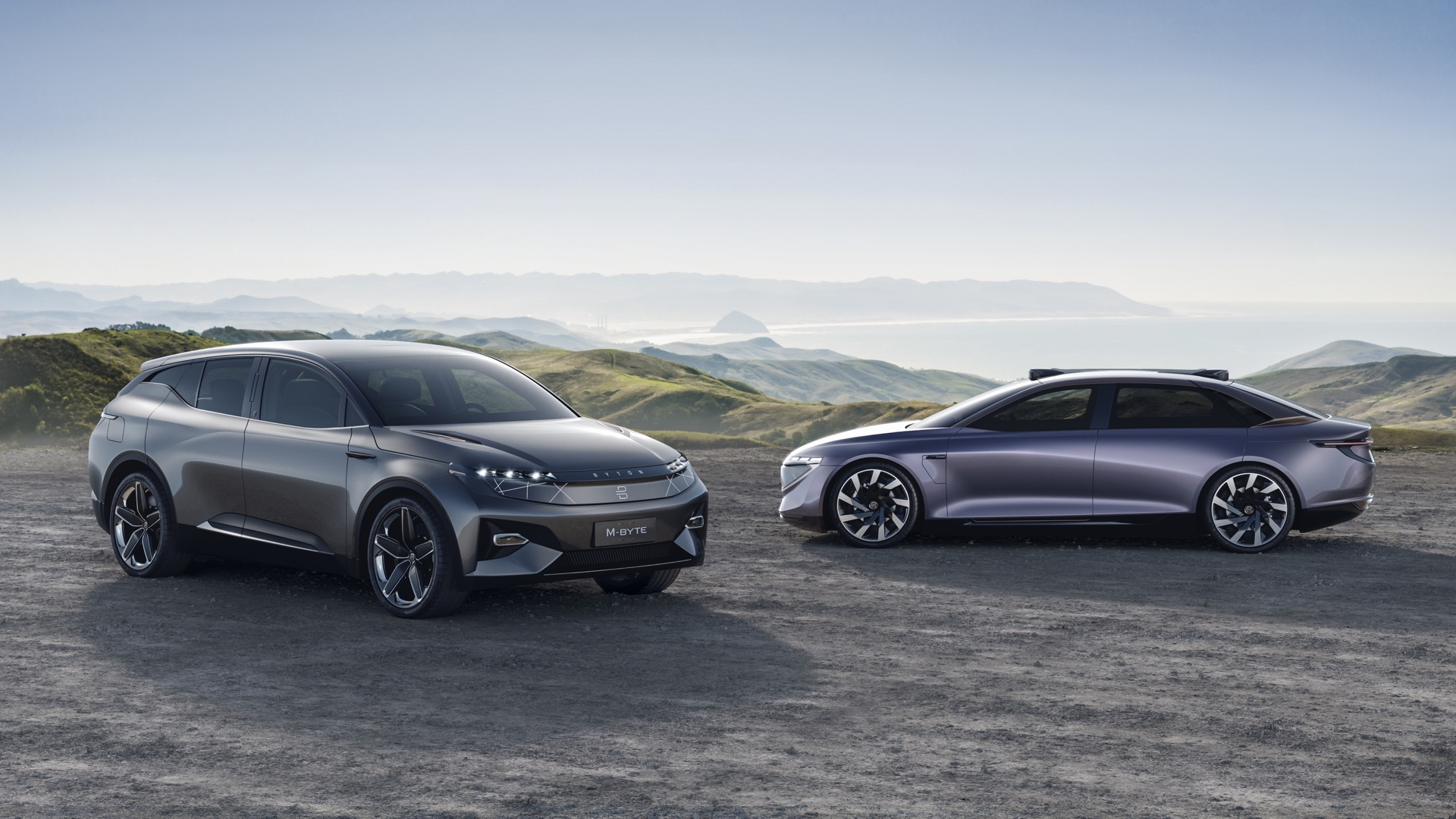 Byton will use this week's 2019 Consumer Electronics Show in Las Vegas to showcase the production-ready interior design of its upcoming M-Byte electric crossover SUV, and crucially the design maintains the ultra-wide digital screen first shown in concept form a year ago.

The curved screen, referred to as the Shared Experience Display (SED), measures 48 inches across and stretches the entire length of the windsheild. It's joined by a 7-inch screen in the center of the steering wheel, just above the airbag, and an 8-inch touchpad in the center stack. These smaller devices are used to control vehicle functions and interact with the SED, together with voice and gesture control systems as well as some physical buttons.

The SED will be the largest screen ever fitted to a production car when the M-Byte starts rolling off the line in late 2019 at Byton's plant being constructed in Nanjing, China. It has been developed and tested to not affect the driver's line-of-sight, and it can automatically adjust brightness according to changes in ambient lighting to avoid further distraction. Byton promises the screen will meet crash safety standards in all target markets.

The SED's primary purpose is to provide vehicle and driving information, however it can also be used to capture and display a wide array of digital content including videos, photos, files, contacts info, and more. Those in the back will also benefit from independent rear-seat entertainment screens that also share content with the SED.

The rest of the interior design is clean and uncluttered. The climate control vents, gear selector, and other hard buttons are located in the center along with a driver monitoring system to ensure safety when some of the car's self-driving systems are activated (Byton promises Level 3 self-driving capability at launch). A new feature are front seats that can be rotated inward 12 degrees when the car is not in motion, which could come in handy on a romantic date.

Byton is also developing an AI-powered digital assistant with help from Amazon's Alexa team for its cars. The assistant will be able to use a registered user's schedule, location, preferences, and application data to provide support such as scheduling reminders, online shopping tasks, remote charging management, and more. It will also be able to recognize voices of different users and sounds from different directions in the car.

Byton is currently testing prototypes for the M-Byte and plans to unveil the production version in the summer. The company is targeting a starting price of about $45,000 and expects to be selling cars in the United States by the second half of 2020. A sedan to be called the K-Byte will arrive about a year after the M-Byte. Both vehicles are expected to offer at least 200 miles of range on a single charge.

"We have made solid progress in the construction of our Nanjing plant and prototype vehicle testing," Byton President and co-founder Daniel Kirchert said Sunday. "This is a vital year for Byton and our global team is sparing no efforts to achieve our goal of volume production."