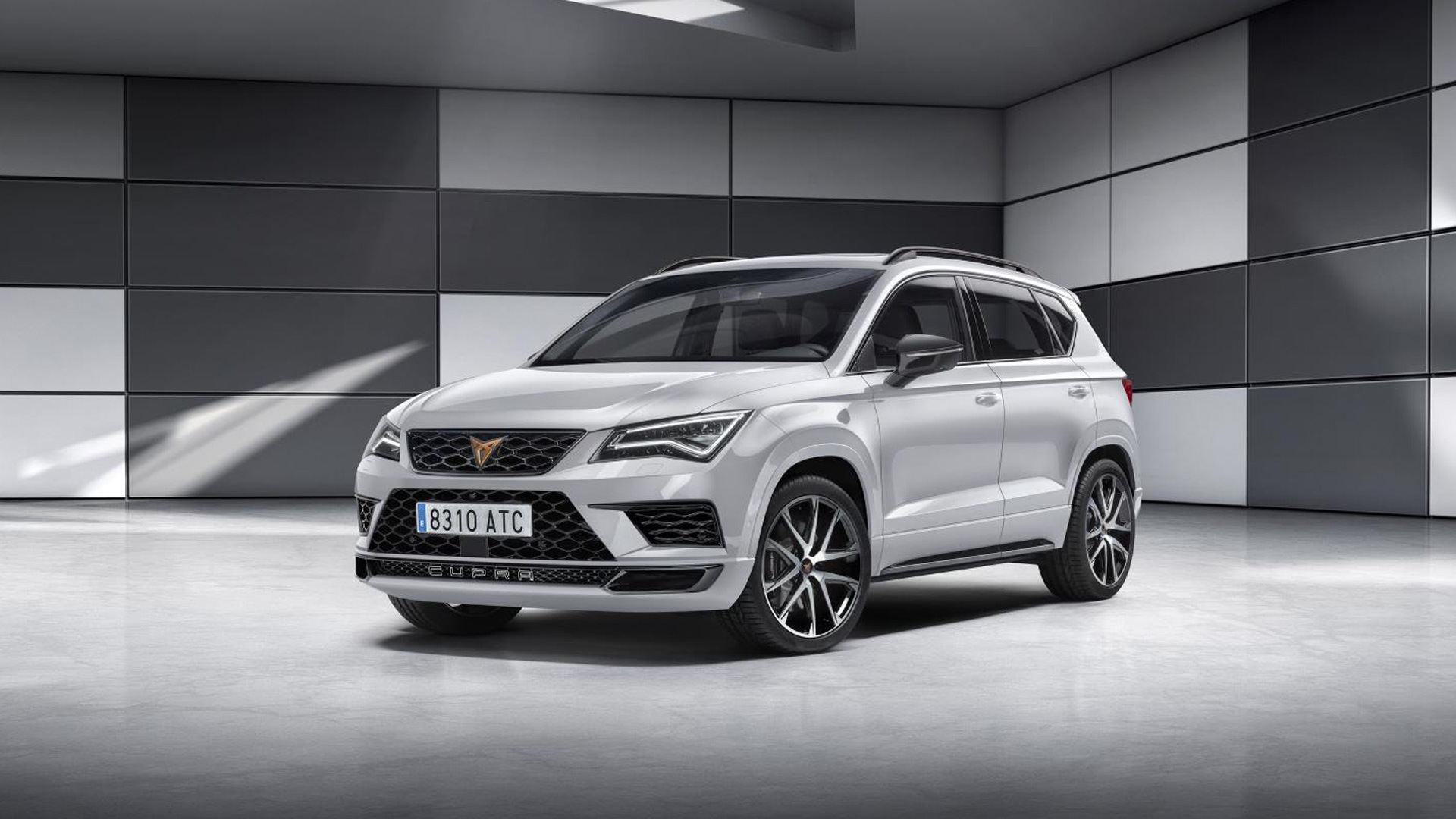 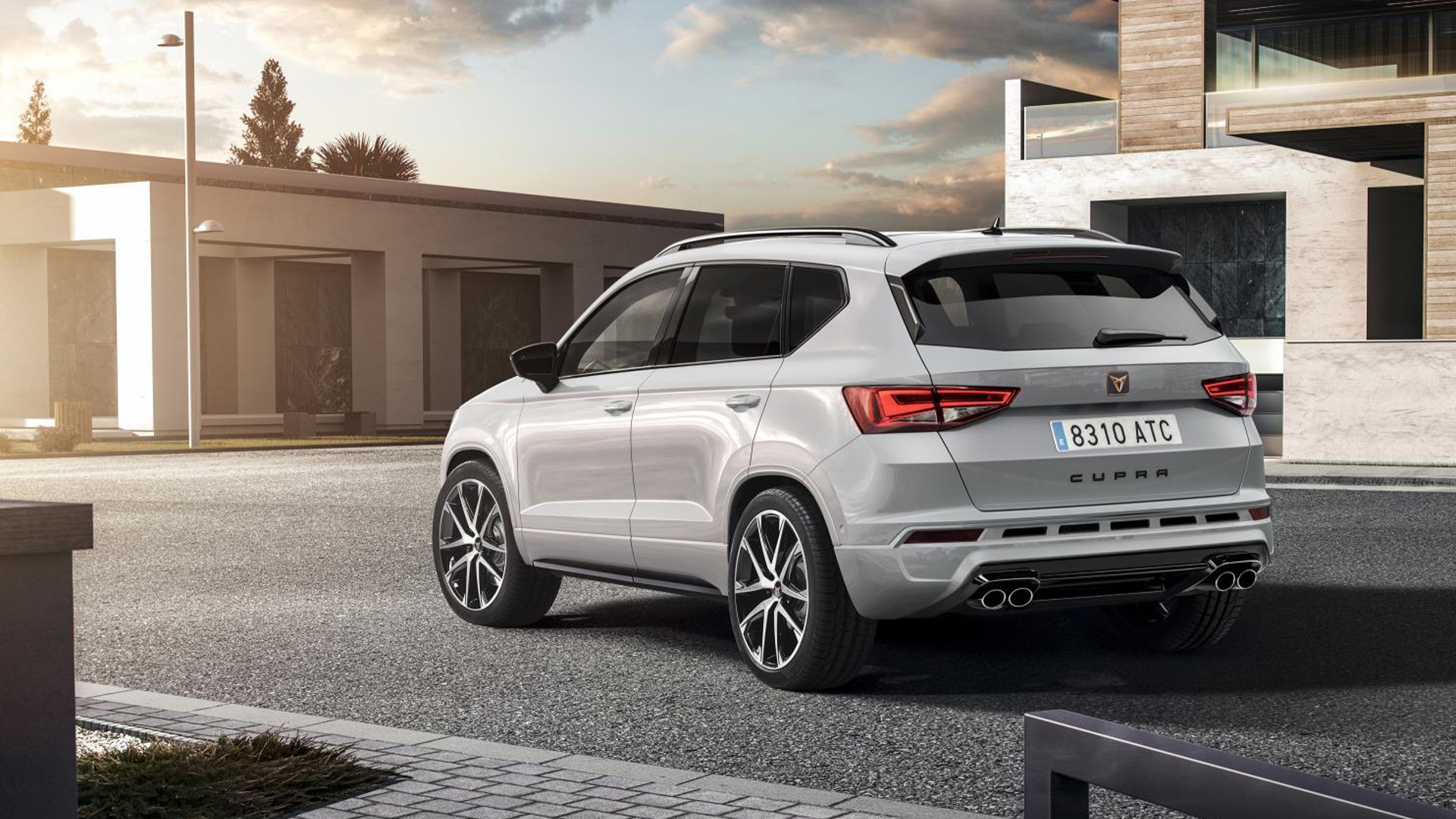 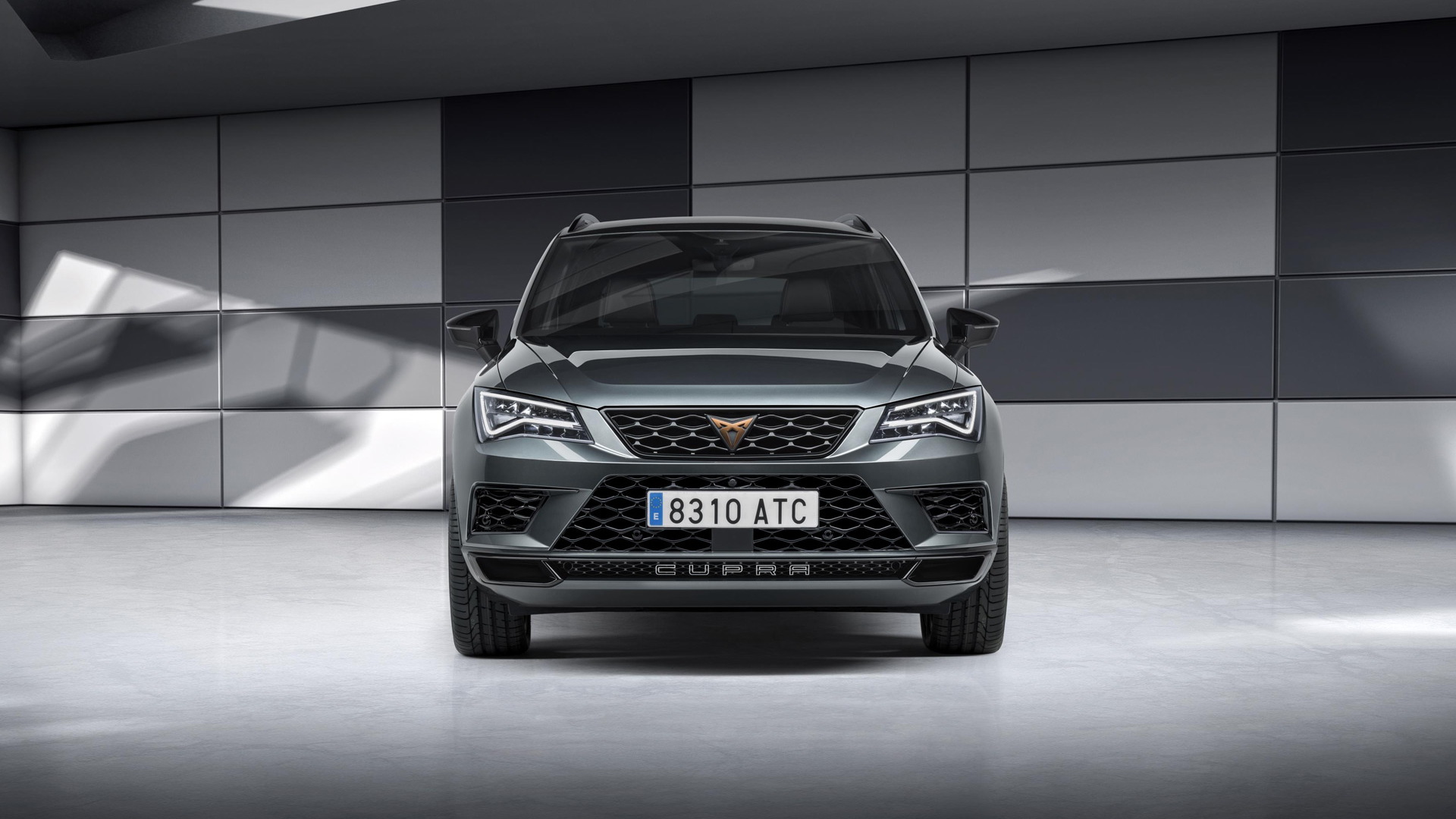 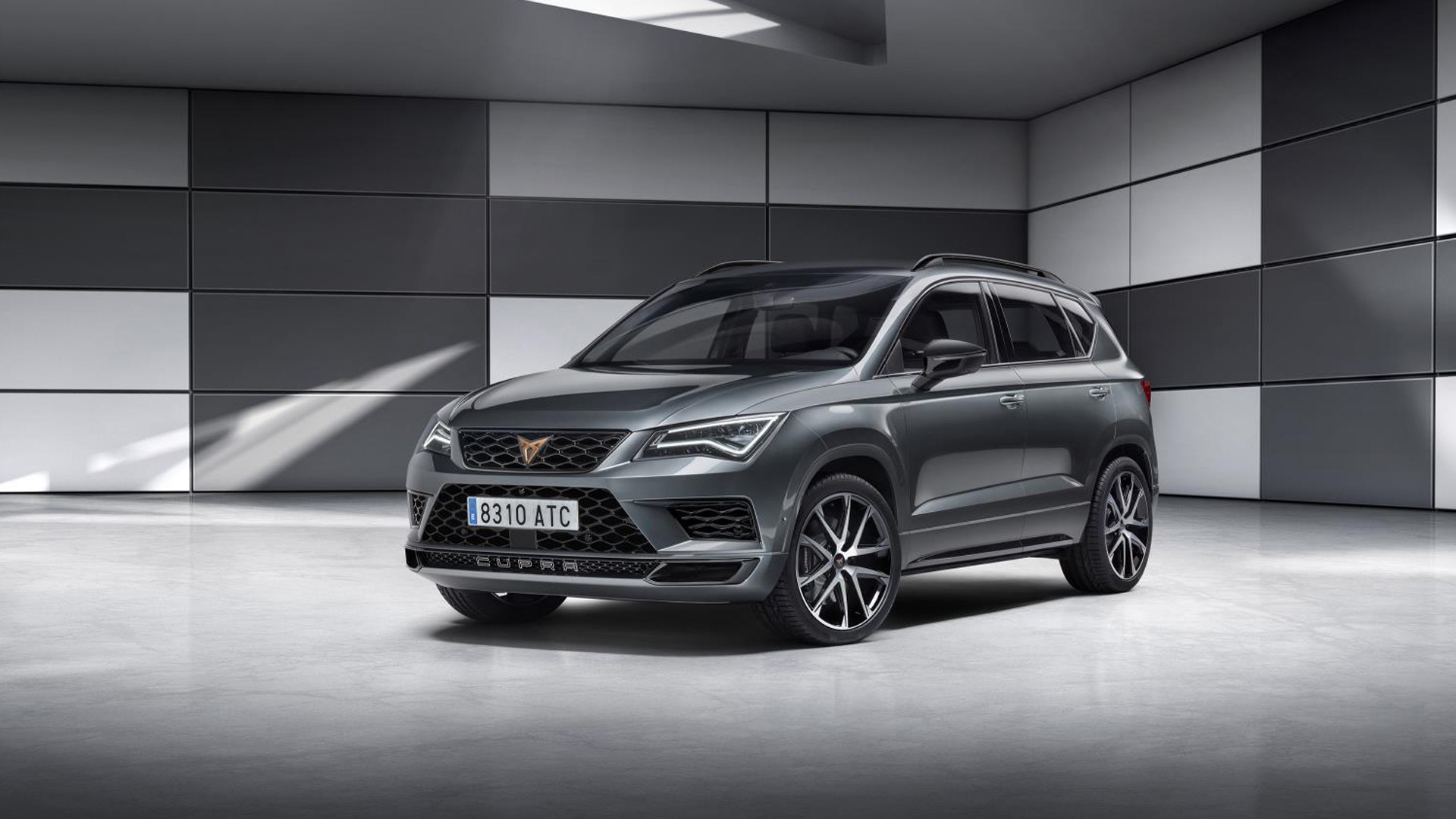 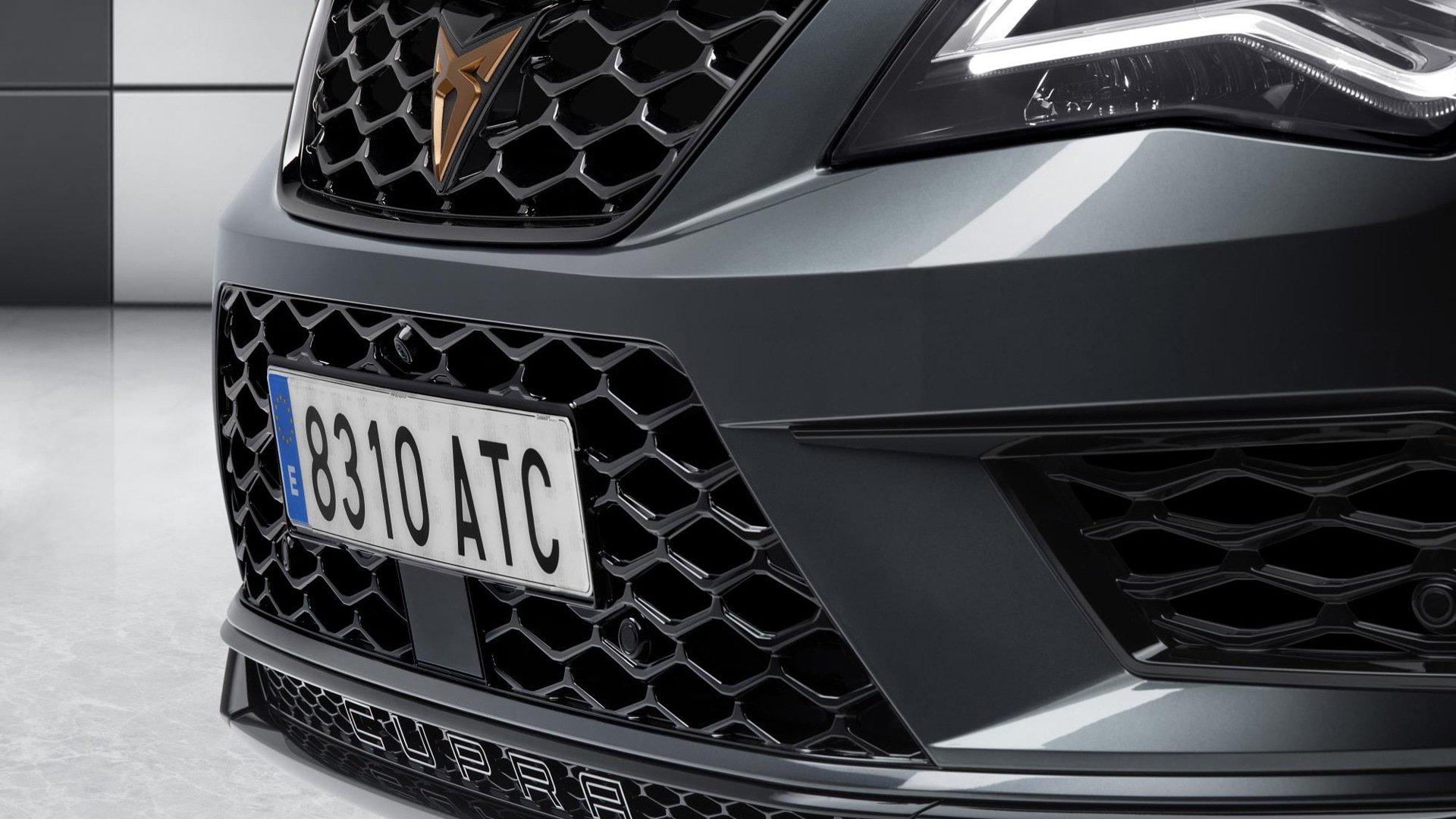 The Volkswagen Group's Spanish unit SEAT has turned its Cupra performance trim into its own sub-brand, and the first model to be revealed is the 296-horsepower Cupra Ateca SUV.

SEAT's Ateca is a small SUV related to the Volkswagen Tiguan, but the Cupra Ateca, which makes its world debut next month at the 2018 Geneva International Motor Show, is the only version with a 296-hp engine.

The engine is the same 2.0-liter turbocharged inline-4 found in the Volkswagen Golf R and Audi S3, and just like in those cars the engine is paired up with a 7-speed dual-clutch transmission and all-wheel-drive system. The Cupra Ateca also has a driving modes selector that lets the driver to adjust things like the throttle response, suspension and the characteristics of the all-wheel-drive system.

Performance claims for the Cupra Ateca include a 0-62 mph time of 5.4 seconds and a top speed of 152 mph.

To ensure it looks the part, Cupra's designers have added larger openings in the grille mesh pattern. They've also added a new lower valence with additional openings in the front fascia, plus uprated wheels and brakes. At the rear, there's no mistaking the Cupra version of the Ateca for a standard model thanks to quad-exhaust tips and a subtle diffuser.

Inside, you'll find Alcantara trim, faux carbon accents, aluminum pedal covers, and plenty of “Cupra” identifiers. Cupra says its logo can be found on the steering wheel, the door sills, the floor mats, the key and the 8.0-inch infotainment touchscreen that welcomes the driver when starting the engine.

Cupra will also use the upcoming Geneva auto show to present a new race car designed to Touringcar Racer International Series (TCR) regulations. It's based on the SEAT Leon, a rebadged VW Golf, and will be ready to compete in TCR competitions around the globe this motorsport season.

SEAT has bold ambitions for Cupra. The goal is to double the current sales of Cupra-badged models within the next 4-5 years. To do this, more Cupra models will follow the Cupra Ateca in quick succession. Two already hinted at are a Cupra Ibiza and Cupra Arona. The Ibiza is SEAT's version of the VW Polo subcompact hatchback and the Arona the Spanish brand's version of VW's new T-Roc compact SUV.