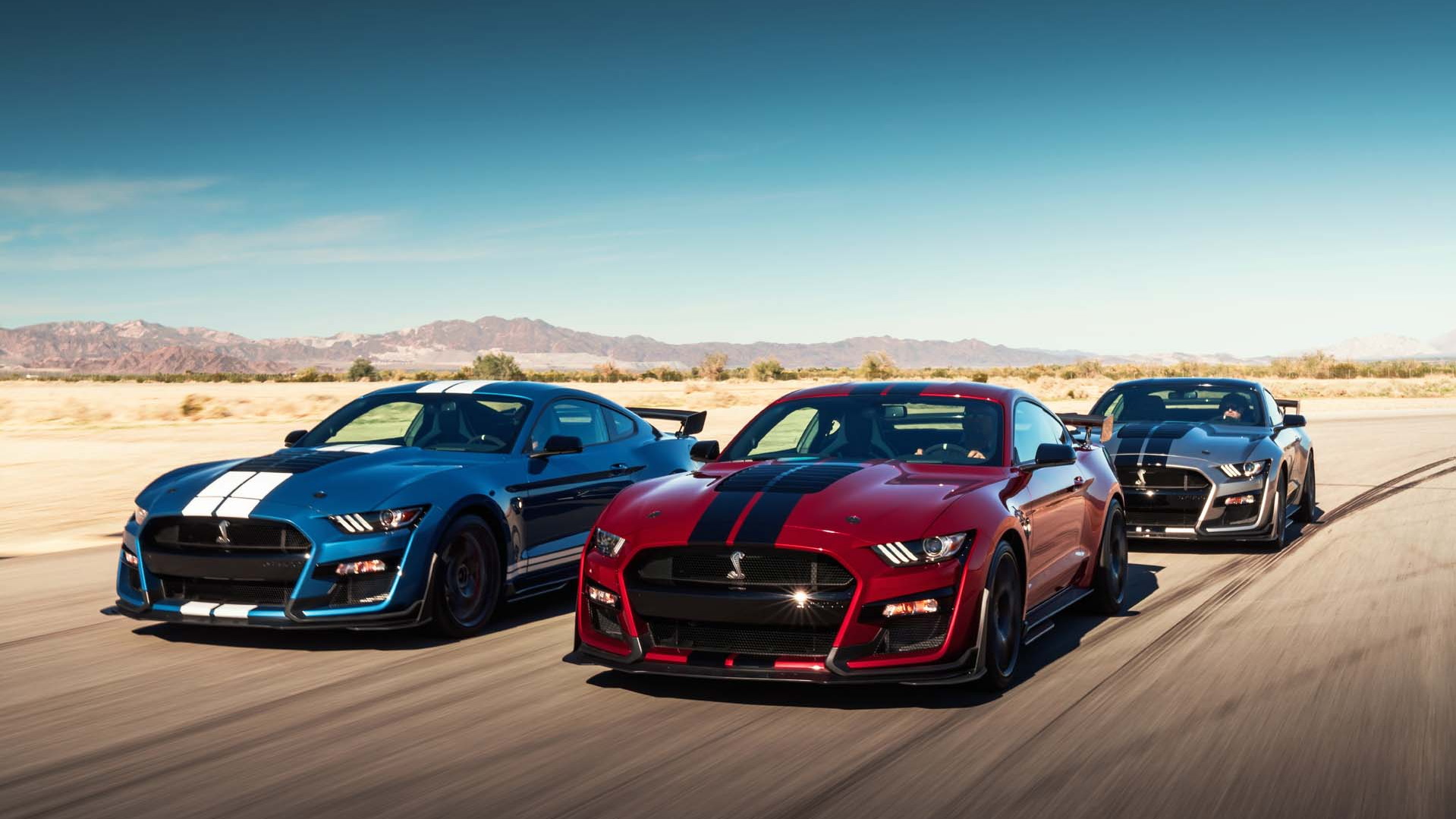 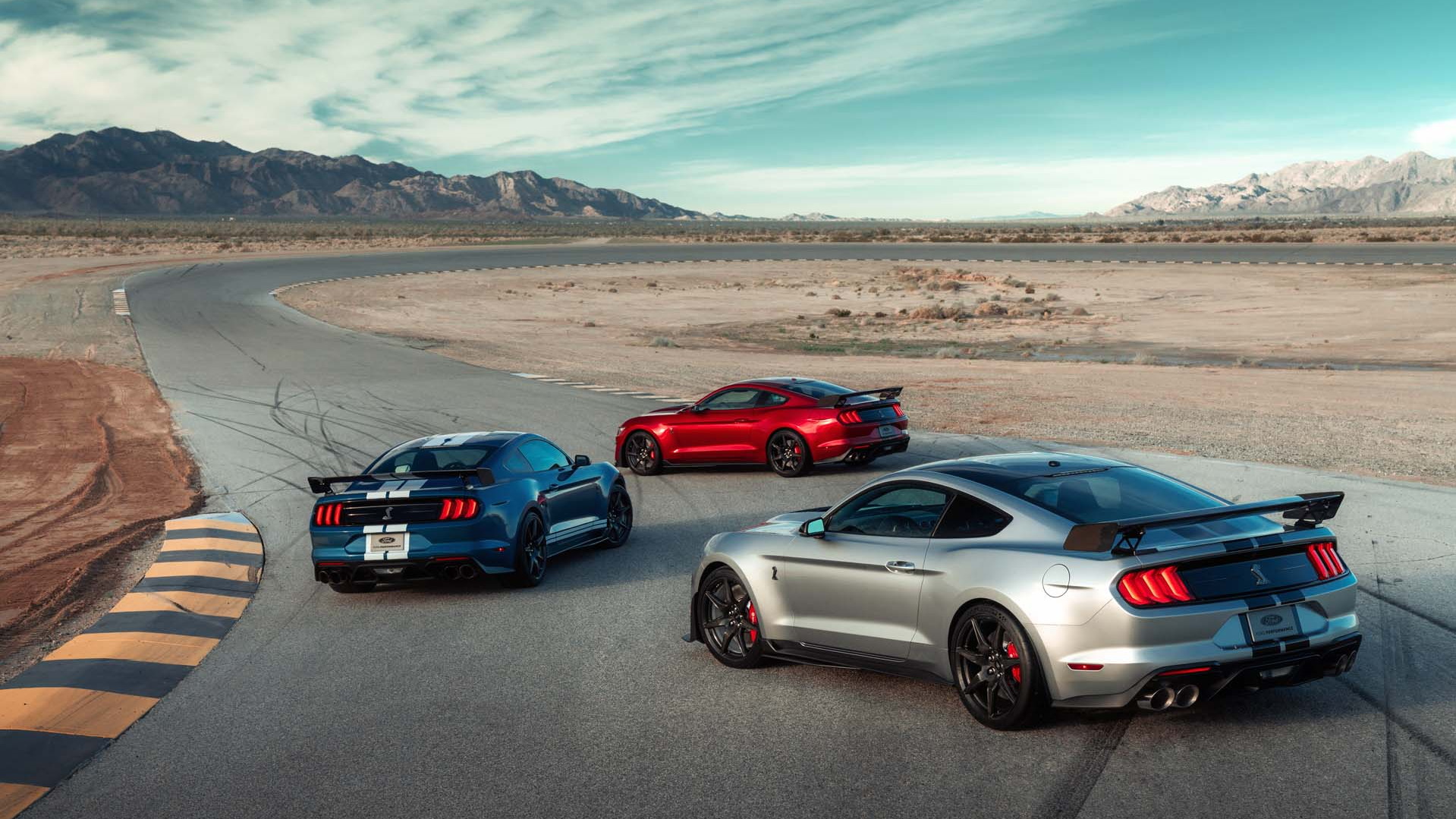 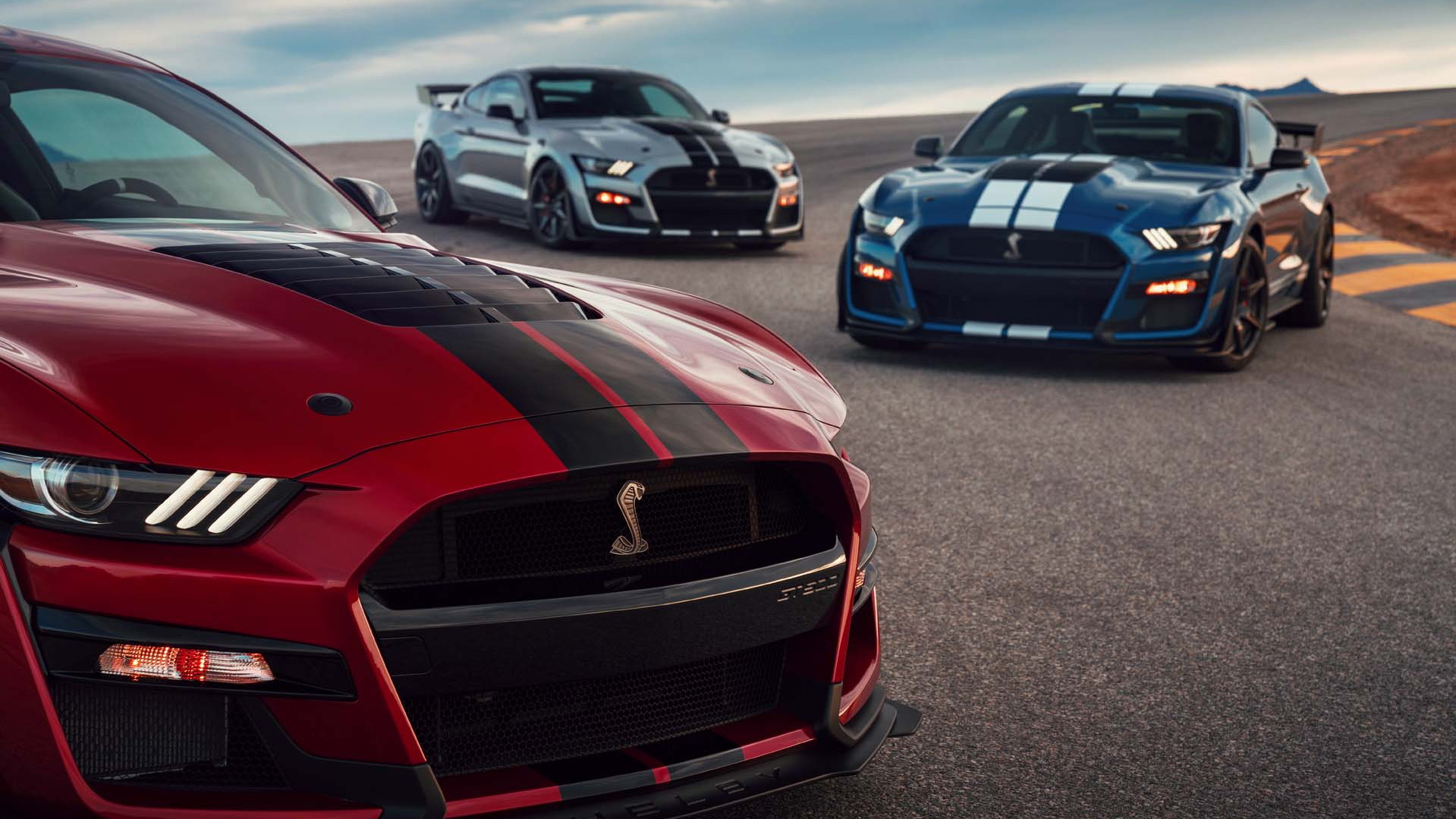 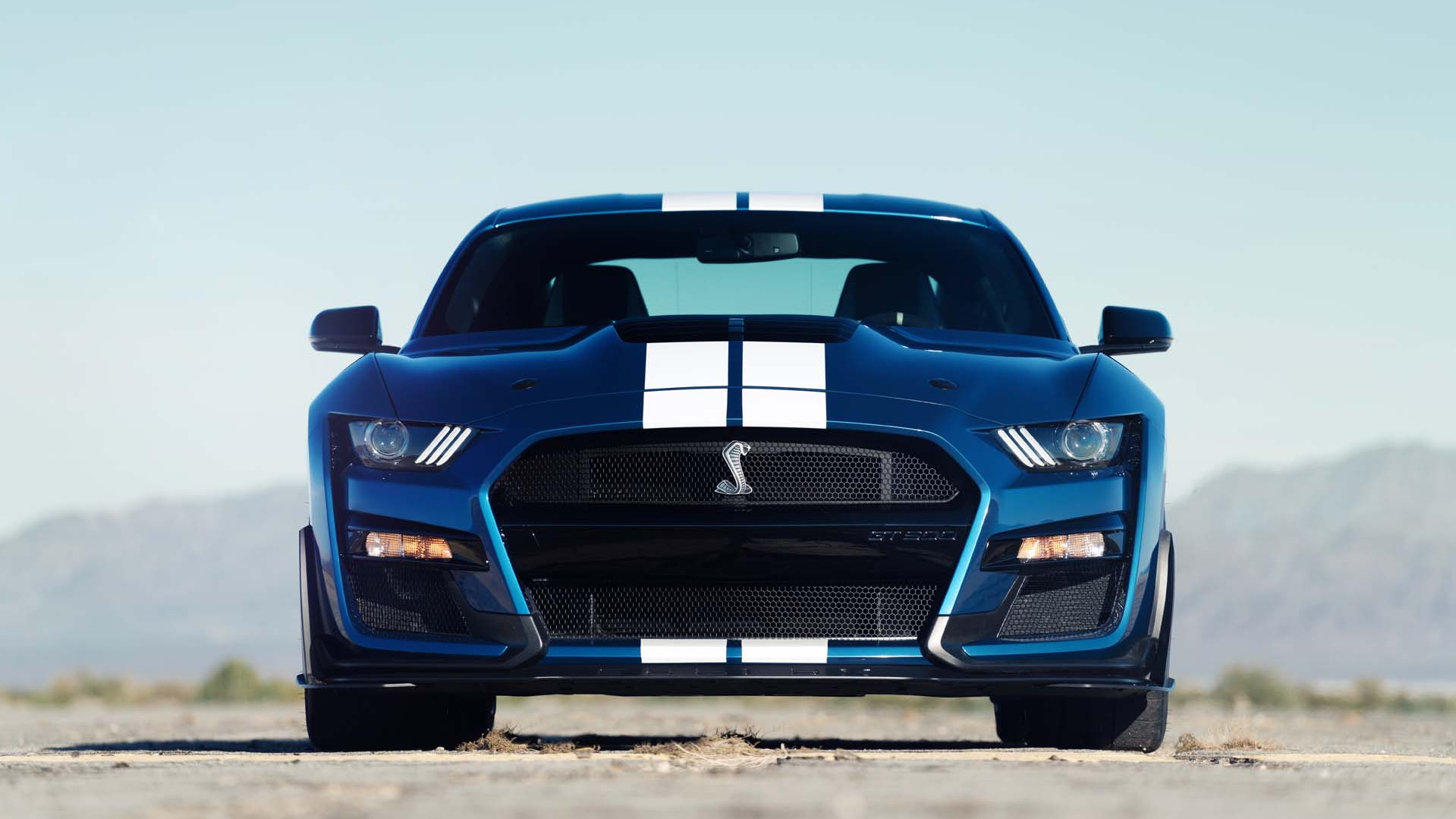 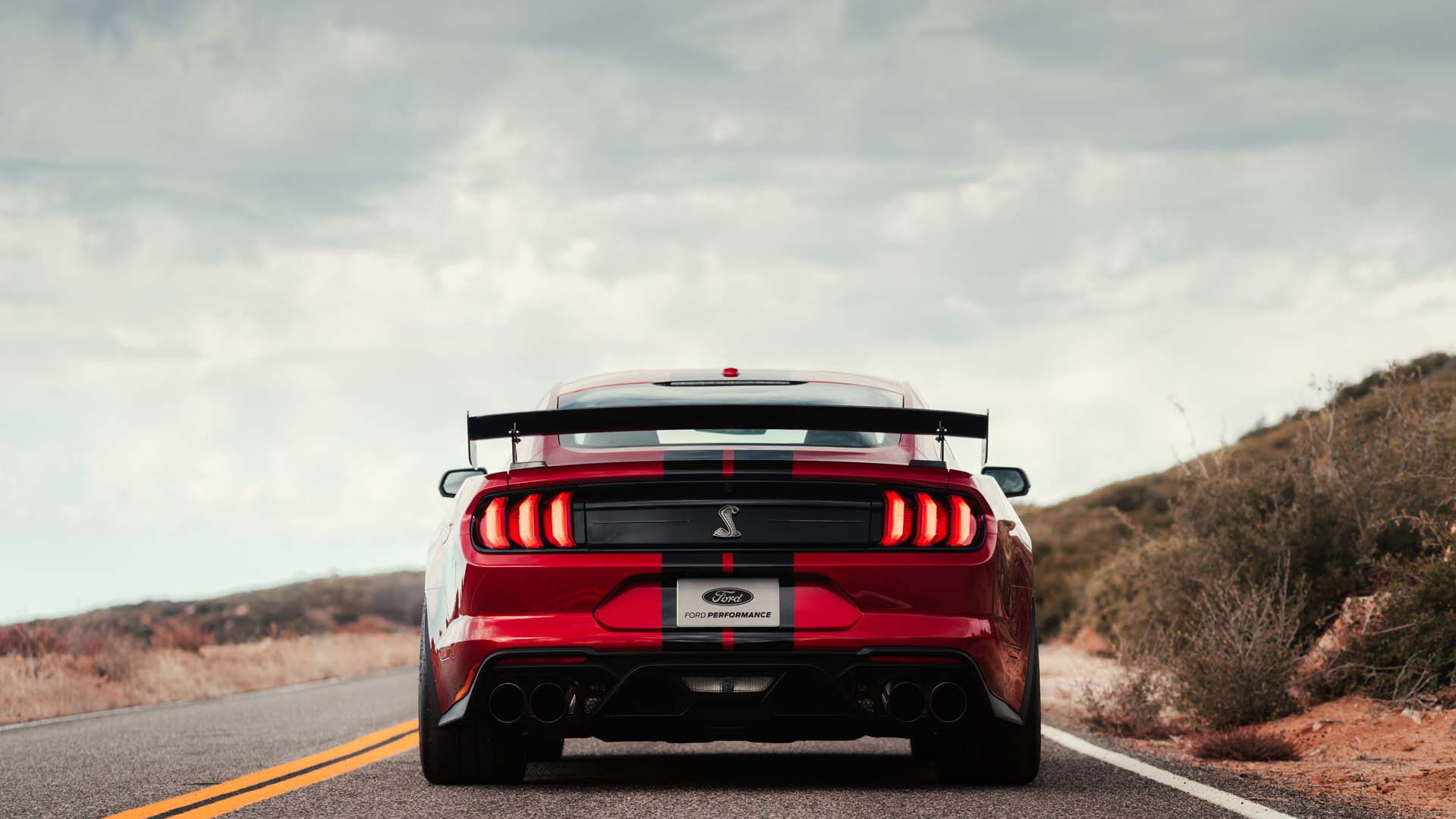 Ford's new Mustang Shelby GT500 arriving for 2020 will have 760 horsepower and 625 pound-feet of torque. We've known that for a while but Ford has been coy about releasing more detailed specs. We don't have to wait for the automaker to make a move, though, as the Mustang6G forum has managed to obtain a dealer training manual with 86 pages of info.

One of the most controversial specs revealed by the manual is the car's curb weight of 4,225 pounds, which is definitely on the heavy side considering all of the weight-saving measures the engineers implemented. Numerous parts are made from carbon fiber, for example. So meticulous were the engineers, in fact, they even stretched to measures such as rifle drilling the crankshaft and developing bespoke hollow parts for the engine to shave precious grams.

Despite the heft, the car can hustle. Thanks to its prodigious power, the most of any Ford road car, including the GT supercar, along with a quick-shifting dual-clutch transmission and huge brake rotors, the Shelby GT500 will sprint to 100 mph and back to zero in only 10.6 seconds. The car will also sprint to 60 in mph in the low three-second range and pass the quarter mile in less than 11 seconds.

This is all made possible by the bespoke V-8, which relies on a 2.65-liter Eaton blower pushing 12 psi to generate its 760 horses worth of grunt. The power is then routed to the rear wheels via a Tremec 7-speed dual-clutch transmission, carbon fiber driveshaft and a 3.73:1 Torsen limited-slip independent rear suspension. The last part of the equation is Michelin's Pilot Sport 4 summer tires, or Pilot Sport Cup 2 superhero tires if the box for the Carbon Fiber Track Pack is ticked.

The track pack is designed to help the Shelby GT500 deliver up to 550 pounds of downforce at 180 mph, which will help keep the car glued to the tarmac at high speeds. The star of the show is an adjustable carbon fiber rear wing similar to the design used on the Mustang GT4 race car. The track pack also helps save weight thanks to the addition of carbon fiber wheels, in this case a unique 20-inch design measuring 11 inches in width up front and 11.5 at the rear. To fit the wheels are 305/30-size tires up front and 315/30 at the rear.

But there's a lot more in the finer details. The transmission, for example, can shift gears in as little as 80 milliseconds, or faster than the blink of an eye. DCTs have two sets of shift mechanisms, essentially an outer clutch-pack for odd-numbered gears and an inner for even gears. The lightning shift speed comes from one clutch-pack being engaged while the other is disengaged.

A computer controls everything, using inputs such as engine speed, g forces, and driver instructions. It controls the severity based on the selected mode of the Shelby GT500's standard drive mode selector. In the case of the transmission, the drive modes influence transmission shift points and feel. The most extreme modes are Track and Drag. With these, the transmission is designed to give you an extra torque hit between shifts, a bit like powershifting in a manual.

For quarter miles, you'll want to use the included rpm-selectable launch control and electronic line lock. The latter holds your front brakes while the rear set are free, allowing you to warm up the rear wheels for maximum traction down the line. Ford said a mild version of the launch control is always switched on so you can have hard launches at any time without having to select a drive mode.

In the area of suspension, the engineers selected magnetic dampers in their quest for optimal handling. These rely on sensors that monitor wheel position, steering angle, pitch and yaw and ambient temperature up to 1,000 times per second and then vary damper stiffness to suit. The dampers are filled with a hydraulic fluid and fine metallic particles and can be stiffened on demand by passing an electrical current through.

Beyond the trick dampers, the Shelby GT500's handling is helped along by increased front track width (which required wider fenders) and lower ride height compared to other Mustangs. And with the available Carbon Fiber Track Pack, adjustable strut top mounts allow camber settings to be adjusted for a more aggressive wheel alignment, which helps enhance cornering ability.

Finally, no serious performance car is complete without a serious set of brakes. The Shelby GT500 has a truly massive set of brakes, with the front rotors spanning 16.5 inches across. That's the largest ever fitted to a Mustang, by the way. Front rotors are grabbed by 6-piston fixed calipers while rears are grabbed by a 4-piston setup, and the entire brake system is provided by Brembo. Weight is reduced thanks to aluminum hats and things are kept cool thanks to dedicated brake ducts integrated into the lower section of the grille.

Inside, the Shelby GT500 features a 12-inch digital instrument cluster with a shift indicator and an 8.0-inch touchscreen infotainment system with Apple CarPlay, Android Auto, and WiFi. The car also comes with the new FordPass remote vehicle monitoring app. A 12-speaker B&O audio system is an option, as are Recaro race seats. Note, anyone opting for the Carbon Fiber Track Pack will see their car's rear bench removed.

As is the case with most performance cars these days, a drive modes selector is included. It has five modes to choose from and adjusts the severity of key dynamic systems like ABS, stability control, traction control, steering, throttle, and suspension. It can even adjust the temperament of the exhaust system. The most extreme modes are Track and Drag Strip, though even with these some system aids are retained. This is a 760-hp, rear-wheel-drive street machine, after all.