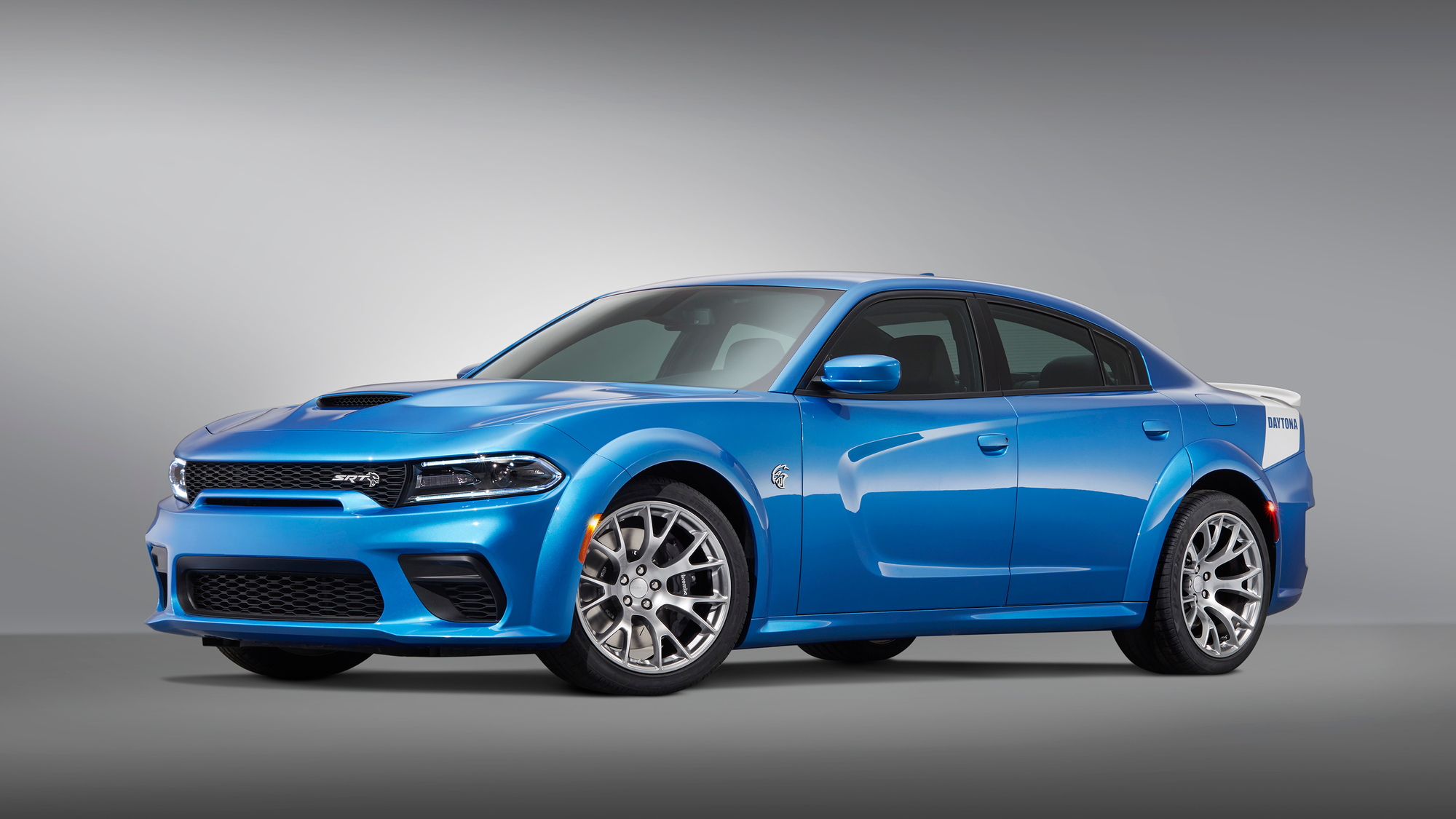 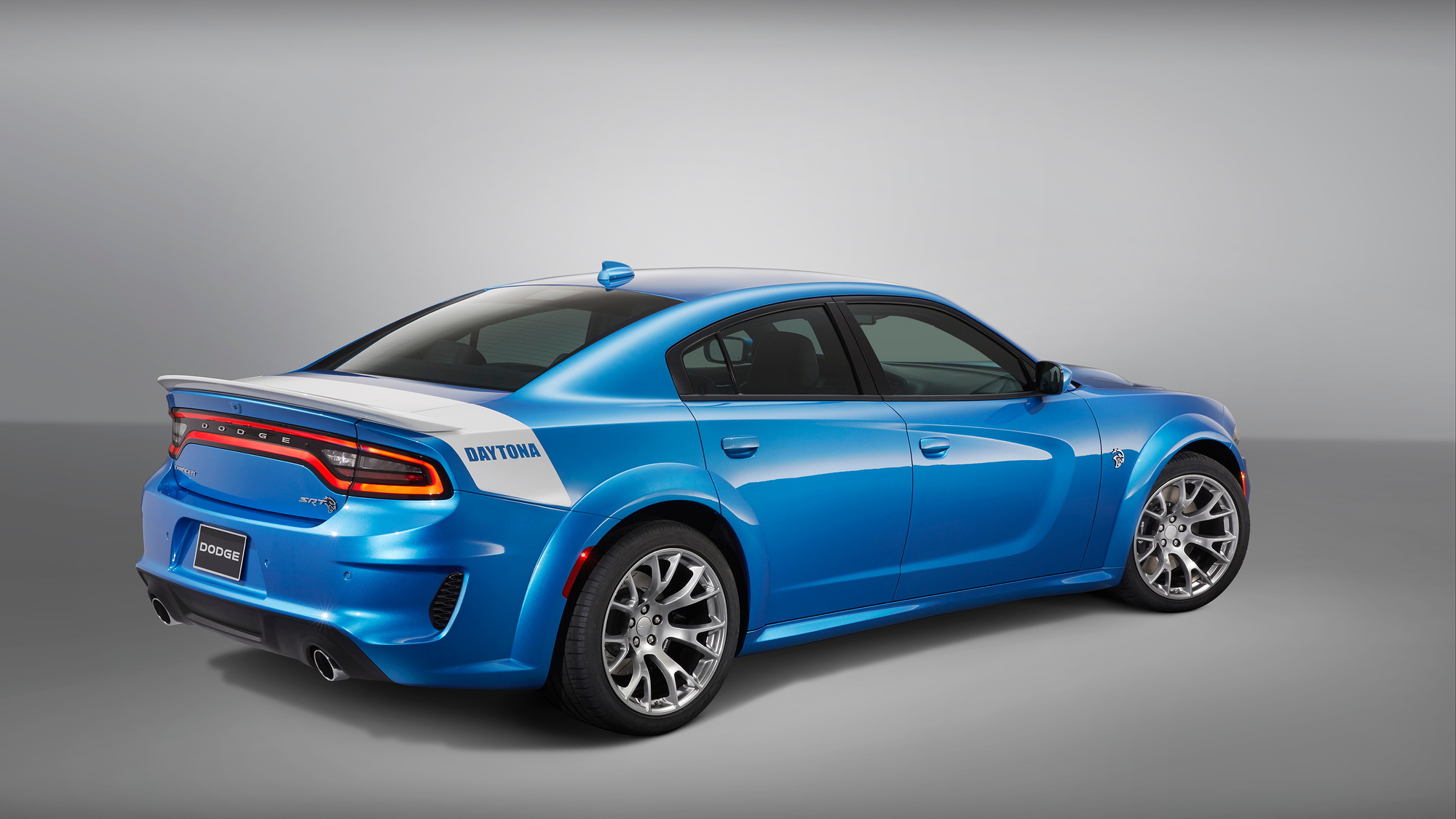 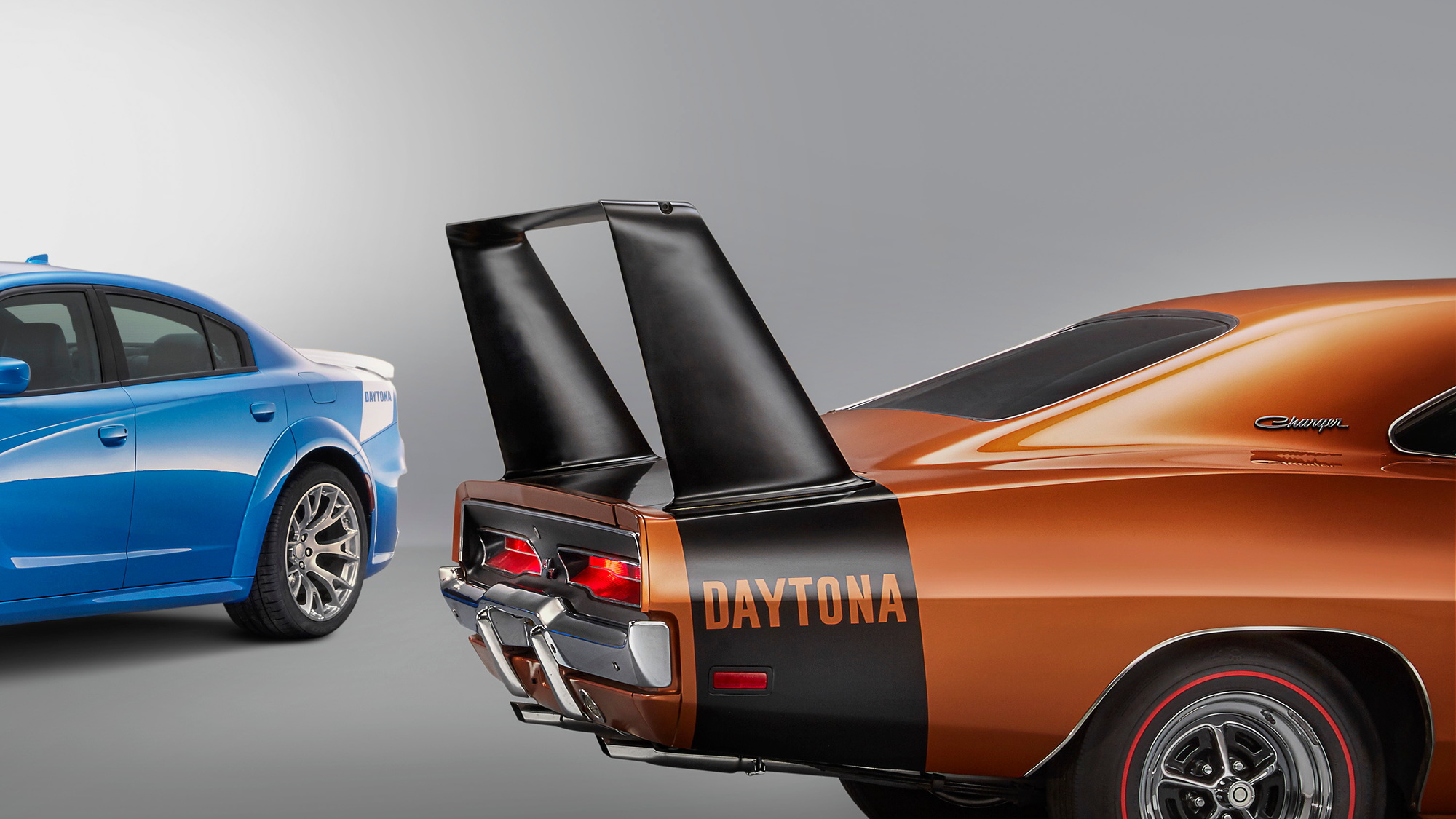 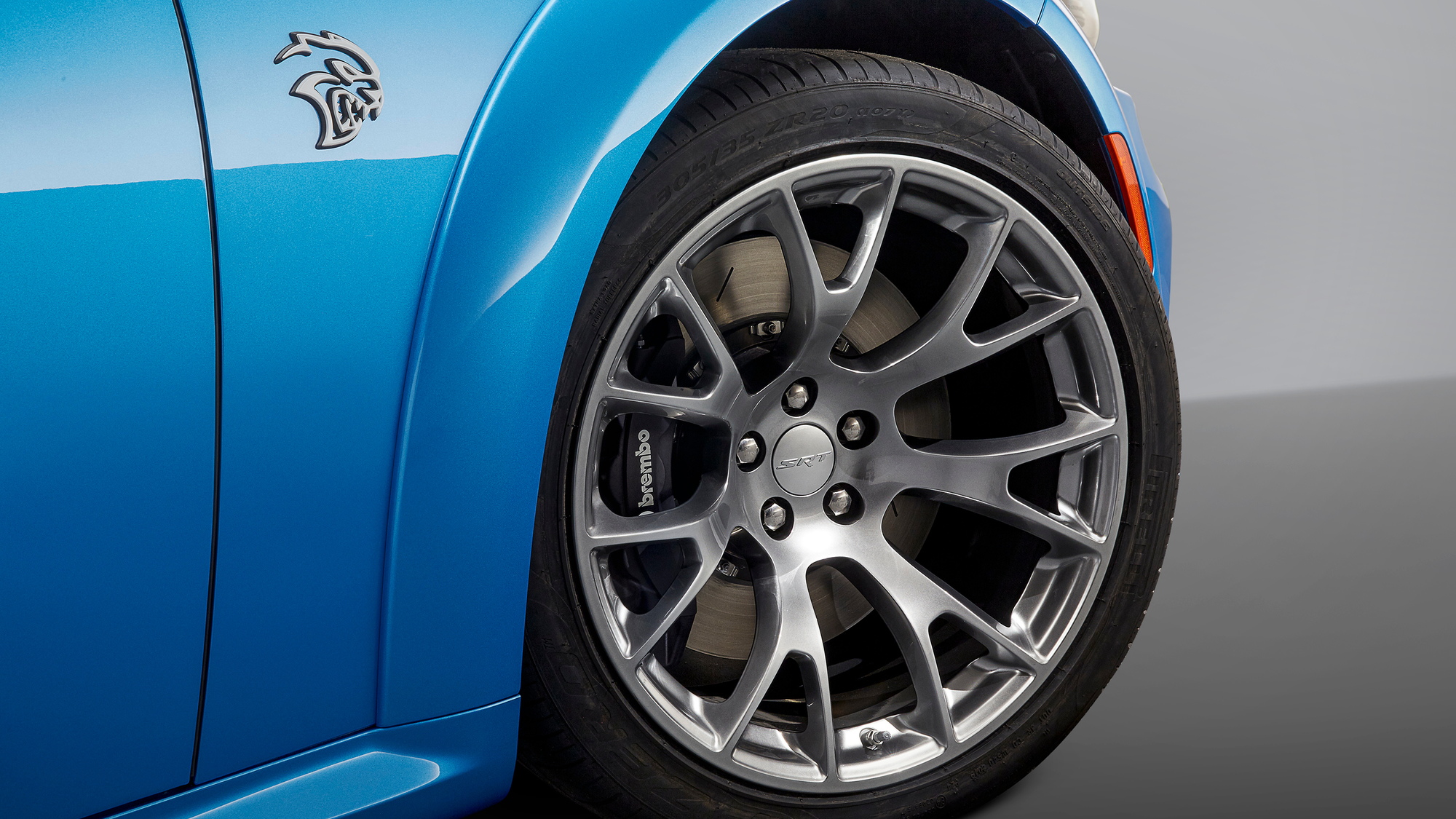 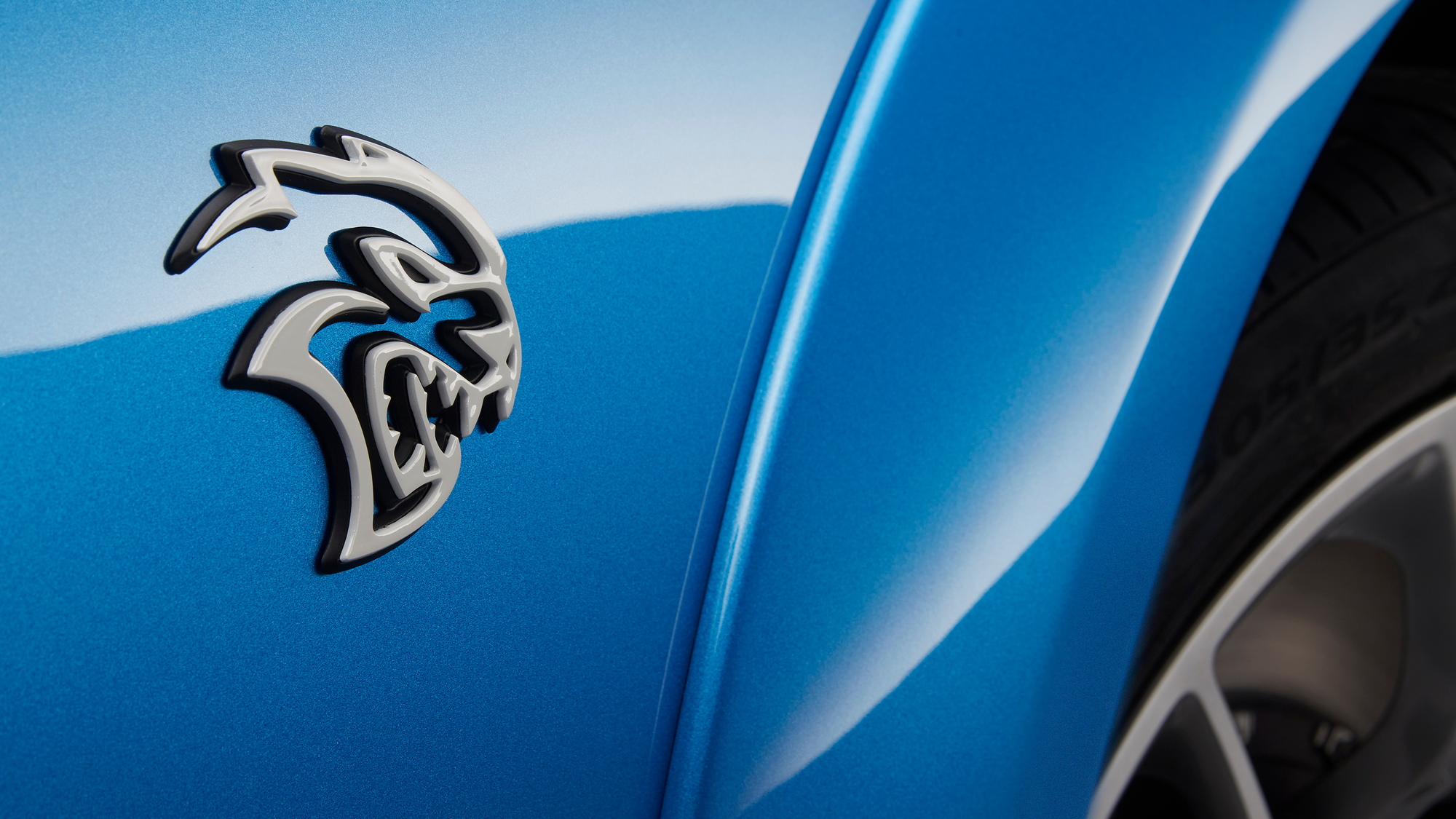 Dodge is headed to the Woodward Dream Cruise to launch a new variation of the 2020 Charger SRT Hellcat Widebody called the Daytona 50th Anniversary Edition. Paying tribute to the 1969 Charger Daytona, this run of just 501 units joins the ever-growing list of special-edition models for Mopar enthusiasts.

The 1969 Dodge Charger Daytona and Plymouth Superbird were developed to dominate NASCAR racing, and both cars featured pointed, aerodynamic noses and tall, basket-handle rear spoilers. Dodge only made 501 Daytonas in 1969 to homologate it for racing, and this car is limited to that same production total.

More than just stickers and badges define the Daytona 50th Anniversary Edition. The supercharged 6.2-liter V-8 gets a little extra power to boot---ten ponies, to be precise, for a total of 717—thanks to a software calibration unique to this model. That makes it the most-powerful Charger ever offered.

The already eye-catching Charger Hellcat Widebody, with its fender flares that add 3.5 inches to the width, gets more visual distinctions with this commemorative edition. The primary giveaway is the contrasting decal stripe across the rear fenders (where the paint is allowed to show through to form "Daytona" logos). It also has a unique trunk lid and a rear spoiler that is much shorter than that of the original. The design of the paint stripe, however, suggests the taller spoiler of yore. The stripe is white on the car's three darker paint finishes (B5 Blue, Pitch Black, and Triple Nickel). Opt for White Knuckle paint and you get the stripe in blue.

The 20x11-inch "Warp Speed" wheels also get a satin gunmetal finish for extra pop. They are mounted on 305/35R20 tires at all four corners. Dodge makes all-season tires standard and offers summer tires as an option.

Inside, Daytona models get black leather and Alcantara seats with blue contrast stitching and "Daytona" seat back embroidery. This stitching also appears on the center console armrest, door panels, dashboard, and gear selector. The flat-bottom steering wheel has both blue and silver stitching. A badge denoting the Daytona's production number will be applied on the passenger side of the dash.

Dodge will display the Daytona to the public at the Woodward Dream Cruise on Aug. 17. The brand will then begin taking orders for the Daytona, and other 2020 Charger models, this fall, and the first cars will hit the market in early 2020.