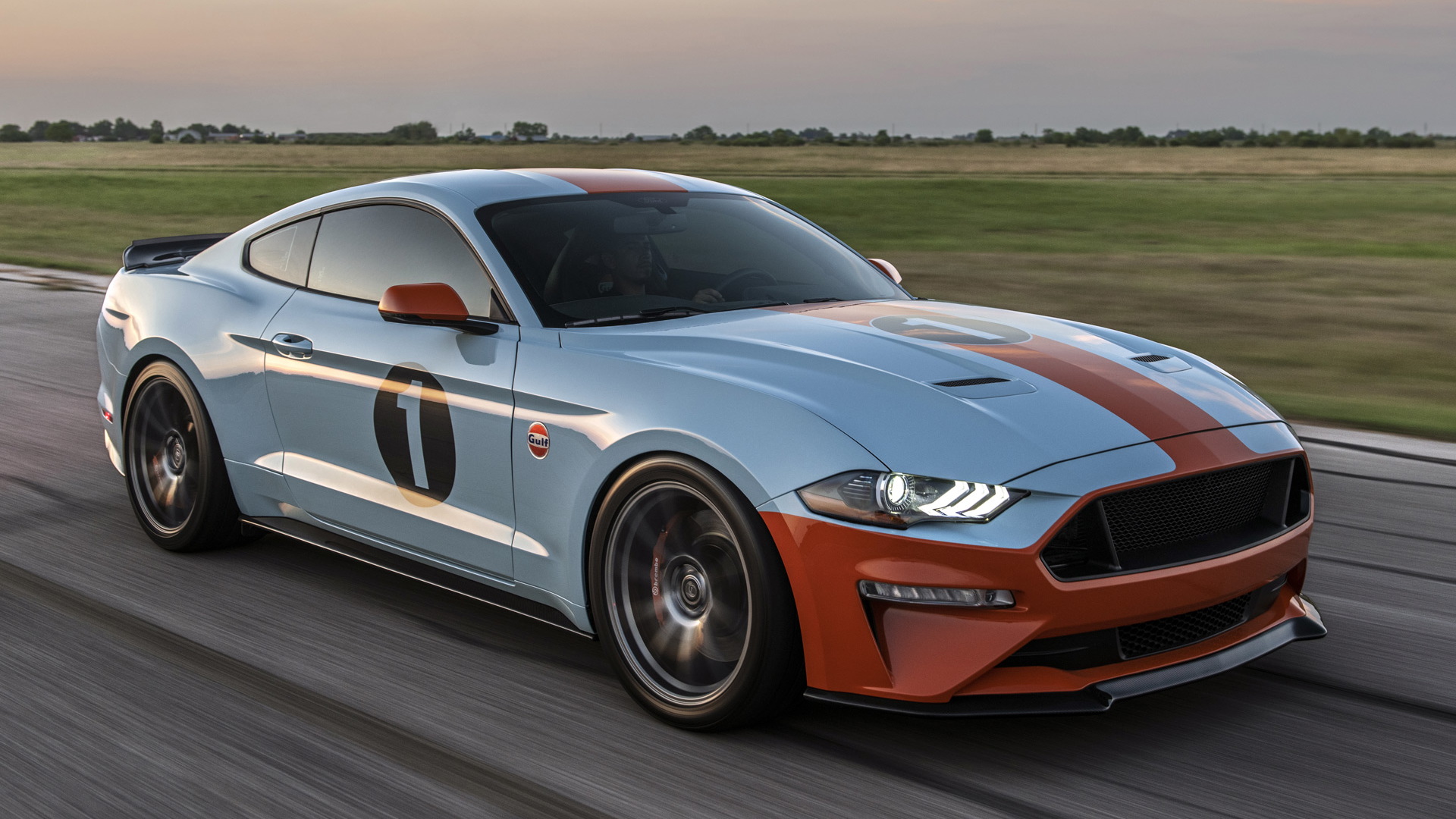 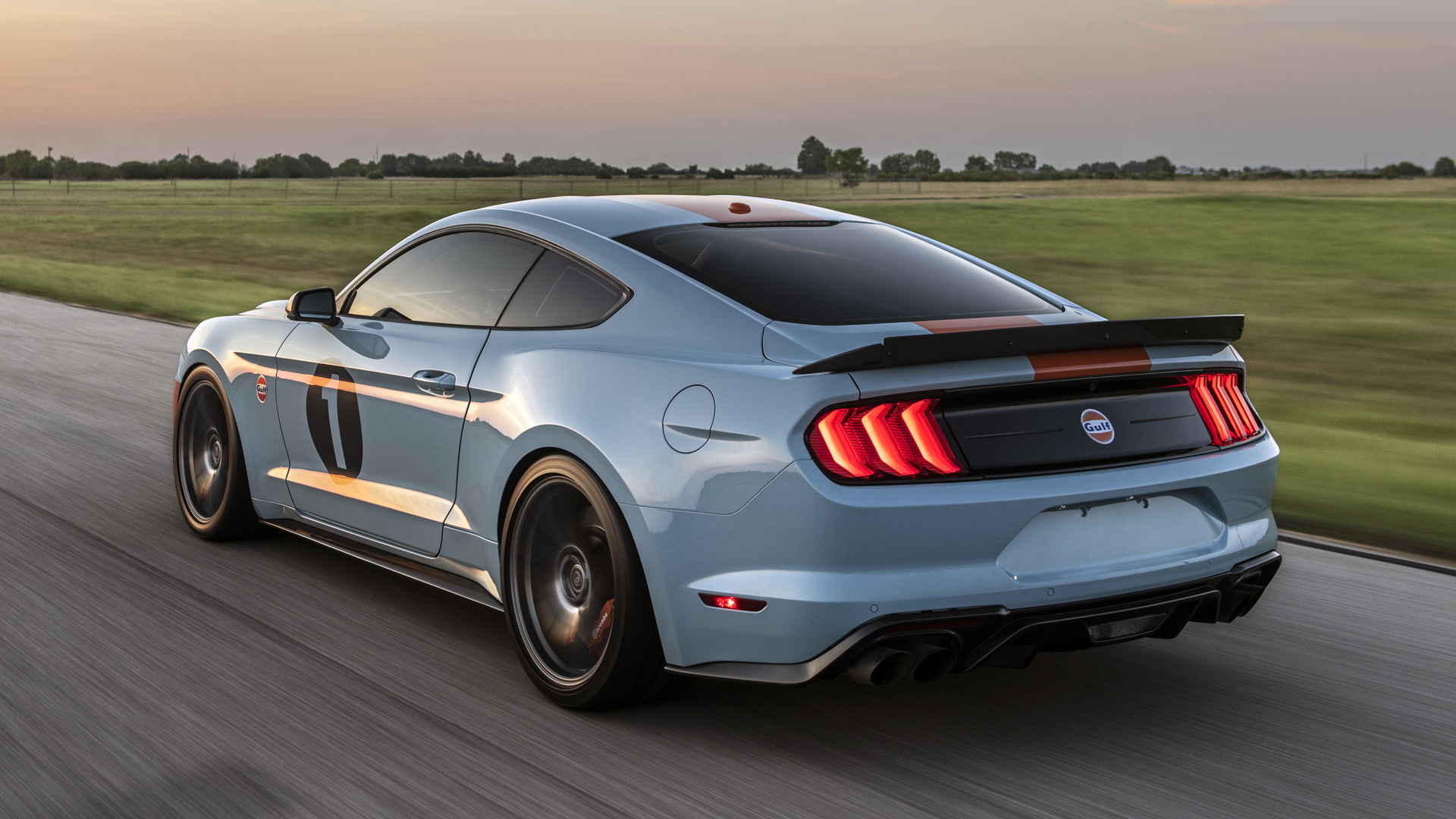 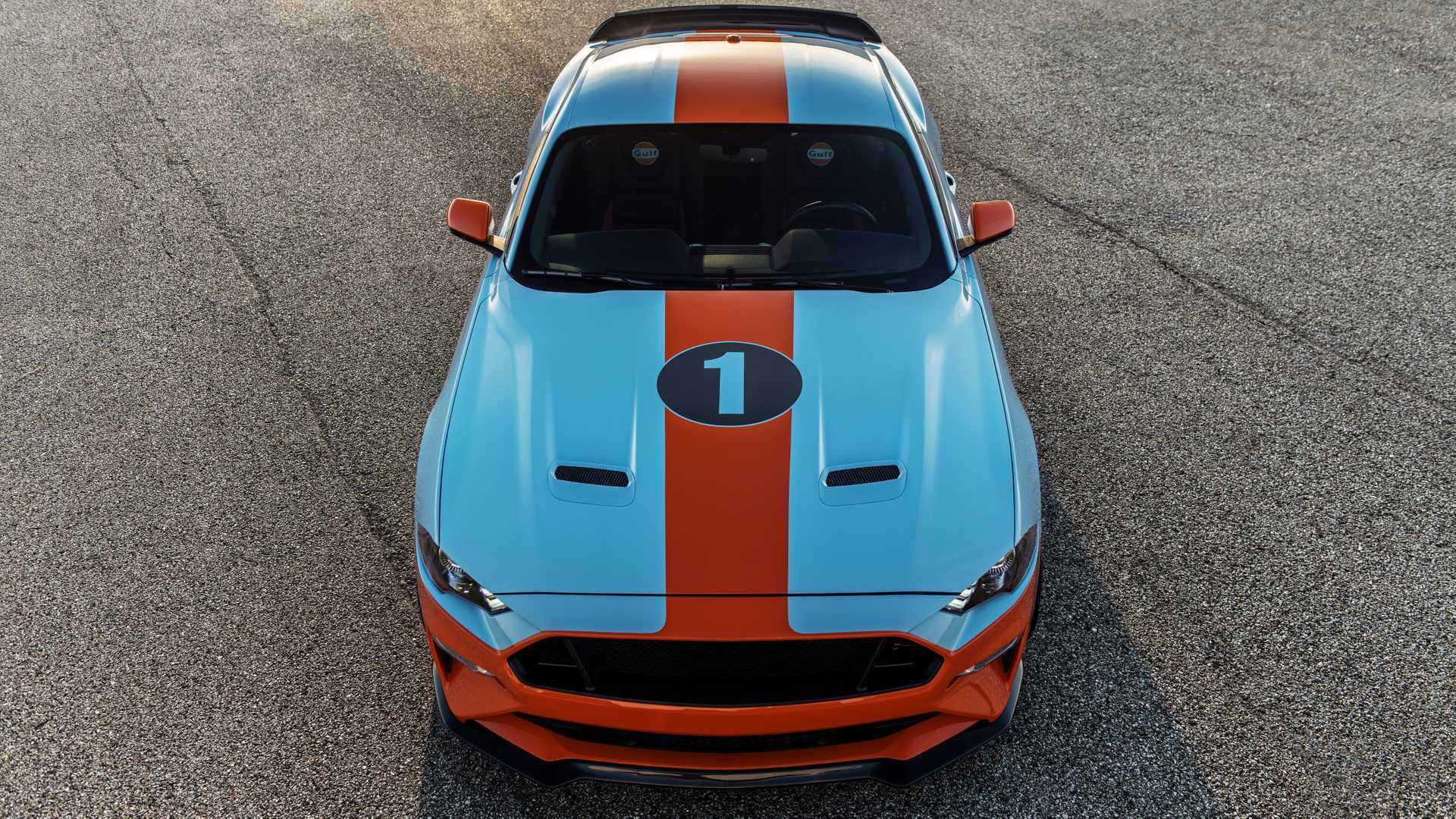 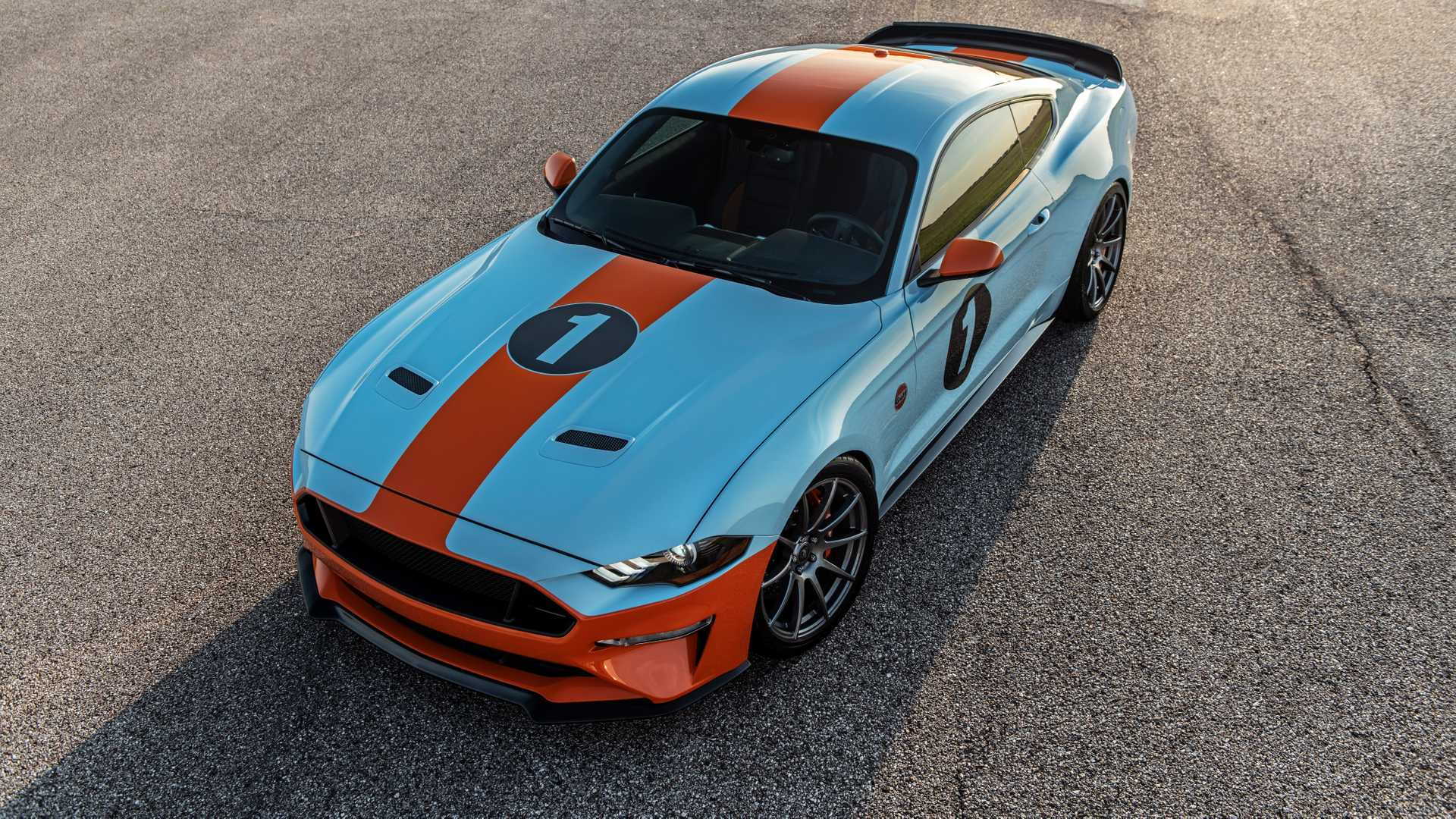 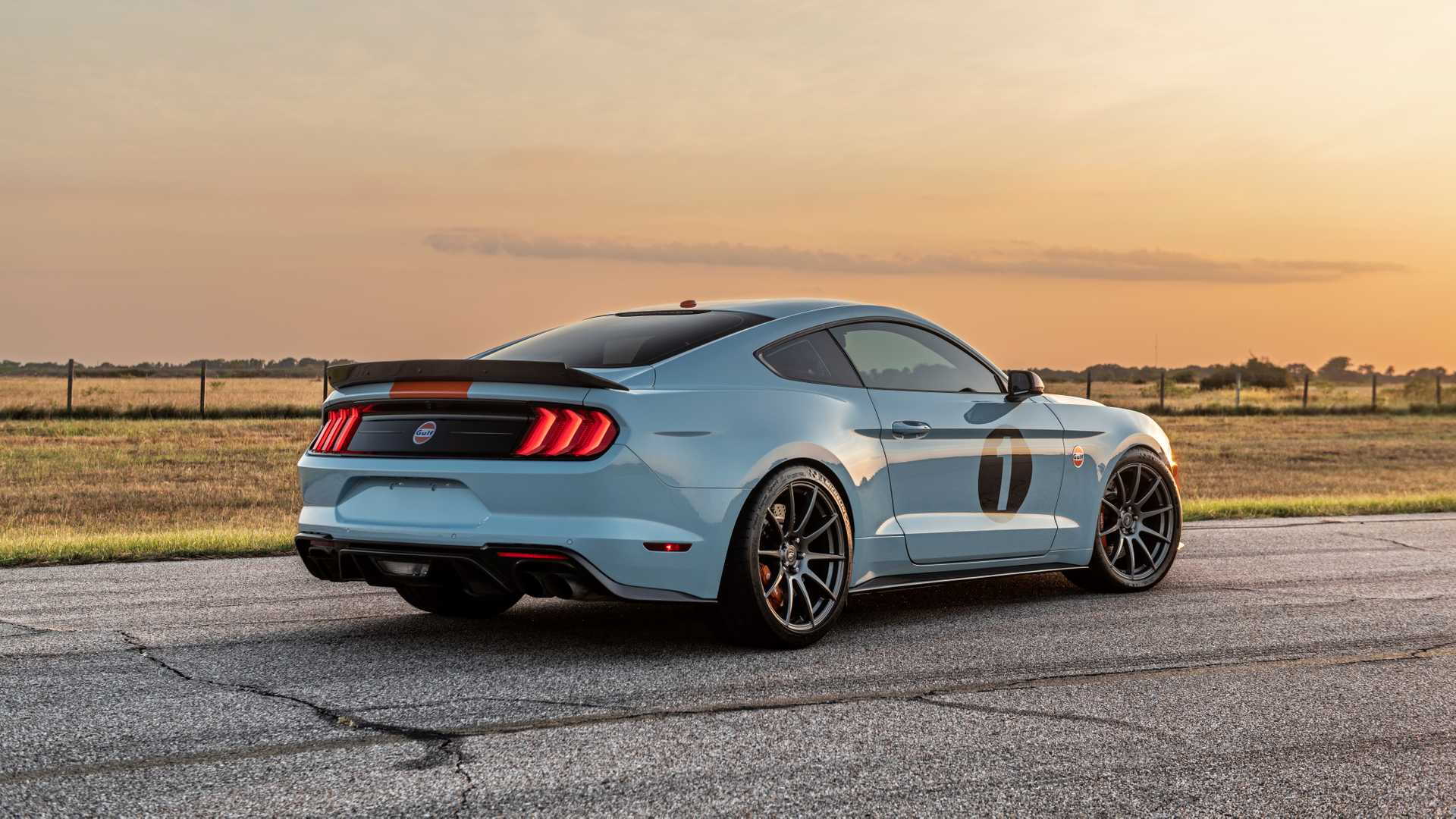 The special Mustang honoring those wins has been developed by Brown Lee Ford of Nashville, Tennessee. It's called the Brown Lee Performance Gulf Heritage Mustang, and just 119 examples will be built, each priced from $139,995.

That's a steep price to pay for a Mustang, especially with the Shelby GT500 offering up 760 horsepower for just $73,995. Well, Brown Lee Ford's Mustang goes further with an output of 808 horsepower and 677 pound-feet of torque generated by its 5.0-liter supercharged V-8. Paired with a 6-speed manual transmission or 10-speed automatic, the engine will rocket the car from 0-60 mph in as low as 3.3 seconds and past the quarter-mile in under 10.7 seconds.

Beyond the supercharger, the Brown Lee Ford team upgraded the fuel injectors and added high-flow intake and exhaust systems, as well as intercooler. There's also track-tuned suspension, carbon fiber aero elements including a wicker bill spoiler, a few unique interior appointments, and of course the famous Gulf Oil livery. And for a bit of peace of mind, the car even comes with a 3-year/36,000 mile limited warranty.

“We are incredibly proud to have this opportunity to honor the Ford and Gulf racing legacy in such a special build,” said Brock Patterson, Brown Lee Ford's global specialty vehicle manager. “With over 800 horsepower carrying this licensed icon from 0-60 mph in under 3.5 seconds, the Gulf Heritage Edition Mustang pays homage to the accomplishments of the Ford and Gulf racing teams from 50 years ago, on all levels.”

The Brown Lee Performance Gulf Heritage Mustang will be presented on August 18 at the 2019 Pebble Beach Concours d'Elegance. The event caps Monterey Car Week which is currently under way. For our complete coverage on the event, head to our dedicated hub.