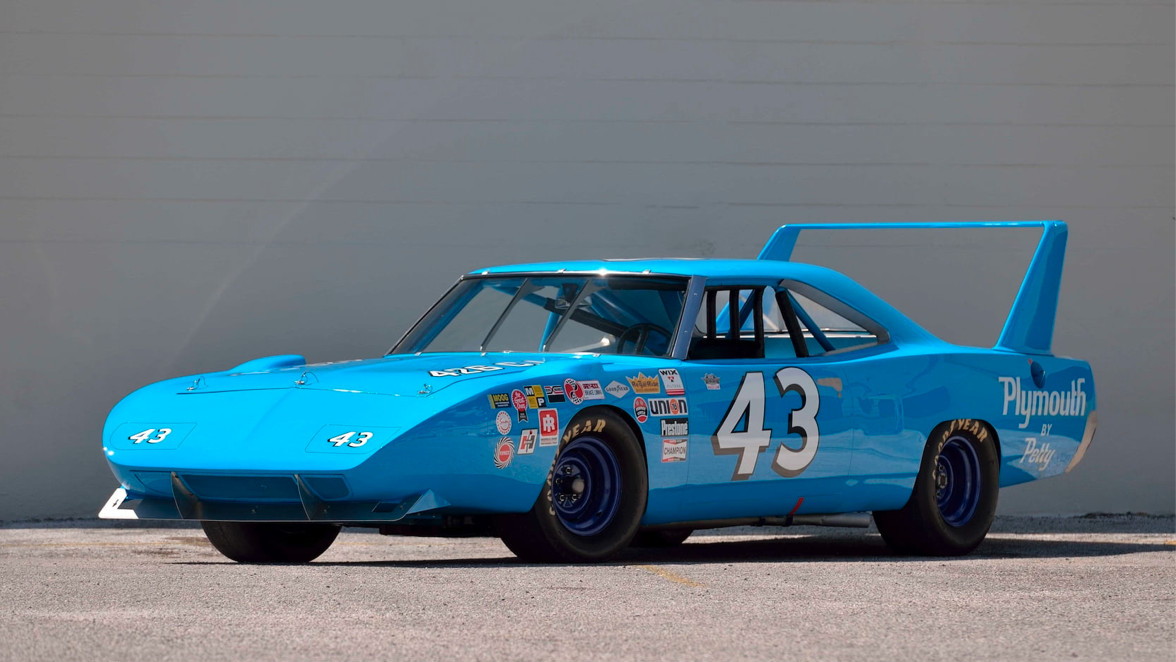 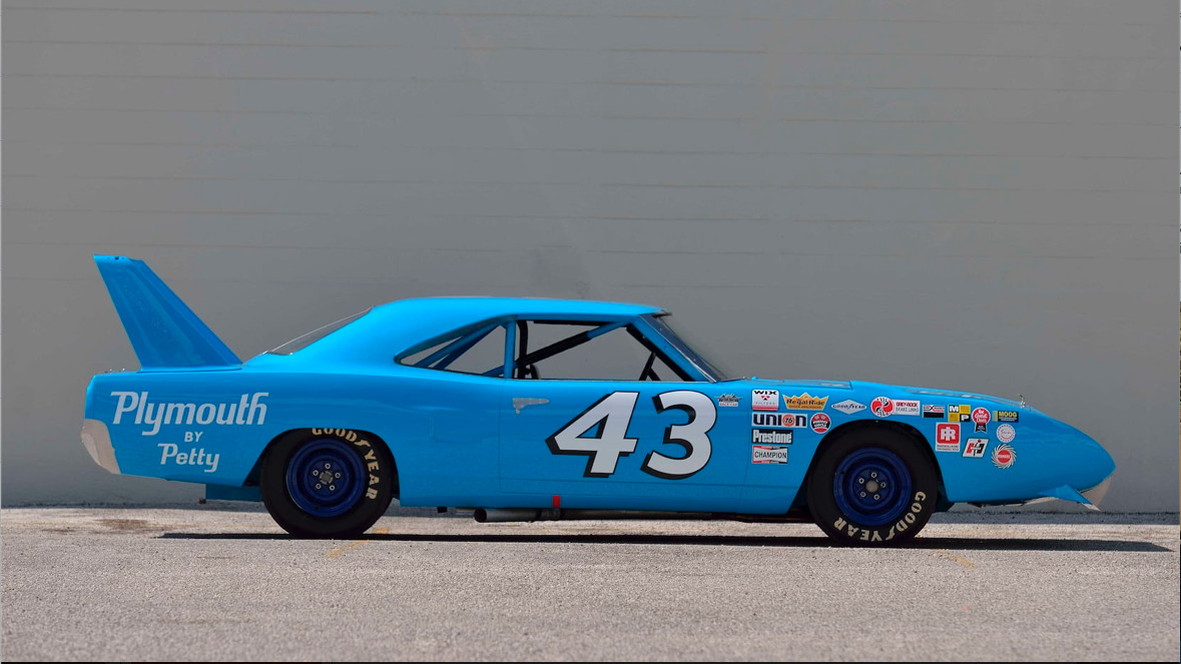 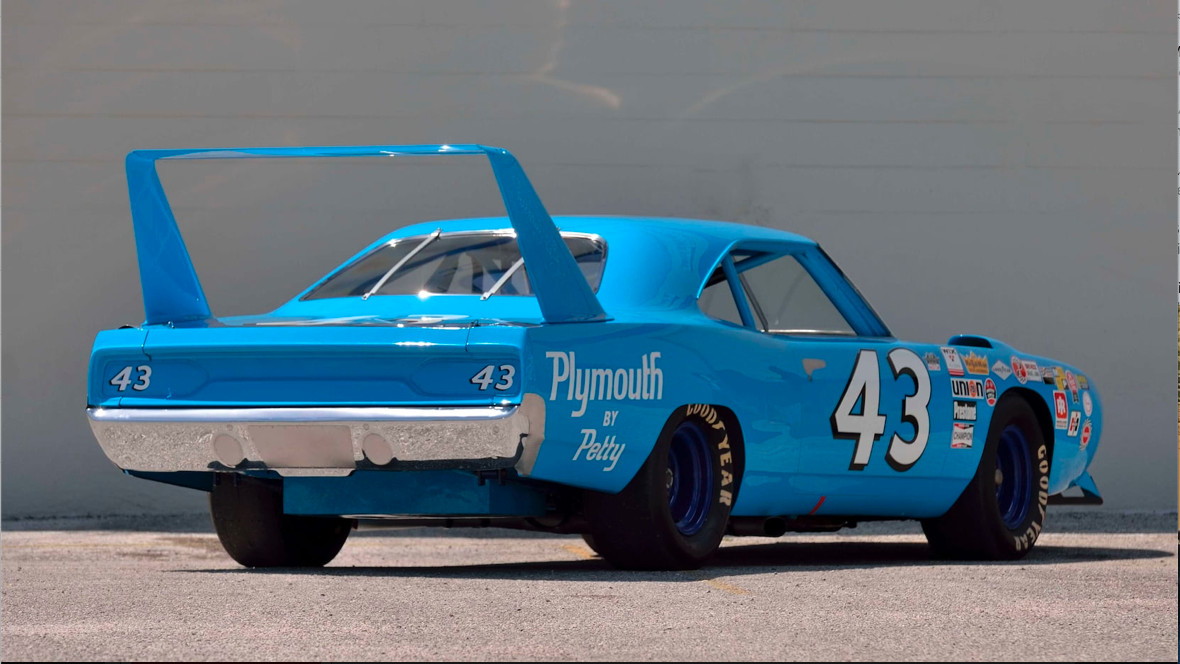 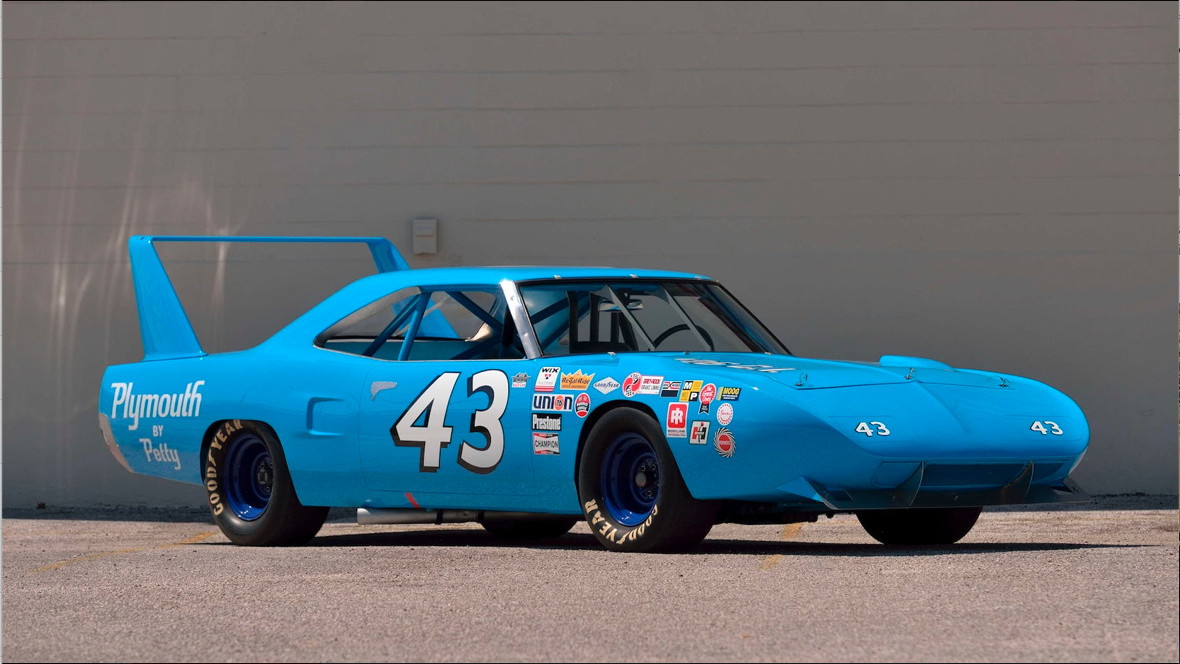 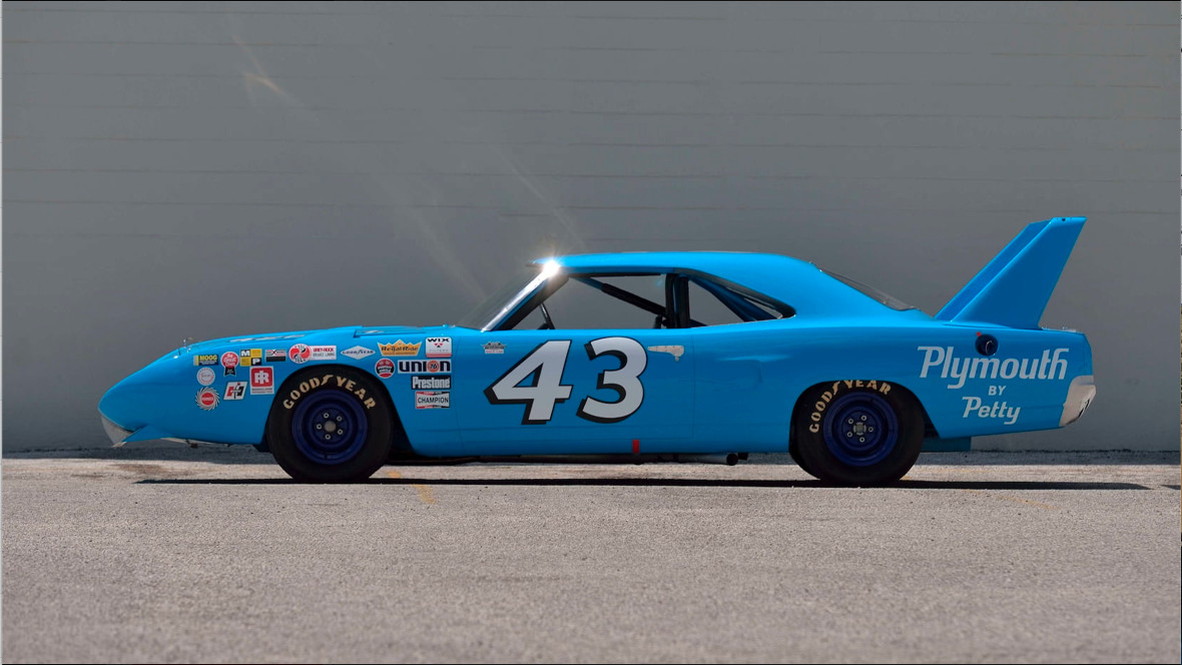 Mopar, NASCAR, and Richard Petty fans may want to descend upon Harrisburg, Pennsylvania, this week.

Two icons from Petty's NASCAR career will cross the auction block at the Mecum Harrisburg auction: an original 1970 Plymouth Superbird and a 1971 Plymouth Road Runner NASCAR race car. Both hold close connections to Petty. Famously, Plymouth and Dodge created the aero-friendly Charger Daytona and Superbird to lure Petty back to Mopar for the 1970 racing season. In 1971, Petty and the Road Runner seen here won the NASCAR Grand National championship. Grand National was the top tier of NASCAR at the time before the title name was sold for sponsorship cash.

According to Mecum, the 1970 Superbird is the car Plymouth built and dangled in front of Petty to persuade him to rejoin Plymouth as a star racer. The car has been confirmed as a Petty racer by Petty himself and Petty's shop performed a complete restoration.

The Superbird, and its cousin the Dodge Charger Daytona, spared no engineering expense to dominate on the track. In fact, parent automaker Chrysler tapped its internal missile division to engineer the cars for high-speed racing. That led to the cars' ultra-aerodynamic shape, pointy nose, and tall rear wing. The nose cut through the air, the wing provided downforce, and the cars even had fender scoops that secretly pushed air pressure aside from underneath the cars to make them stick to the ground even better.

NASCAR put an engine displacement limit on the aerodynamic cars that eventually killed them in racing, but not before Petty and Chrysler proved mighty successful. Combined, the Superbird and Daytona won 33 out of 48 races during the 1970 season. Bobby Isaac took the title and won 11 races in a Charger Daytona. Running the Superbird, Petty won 18 races and finished fifth overall, in part because he didn't run a full schedule. To this day, the Superbird and Charger Daytona are held in high regard as a true iterations of street-legal race cars.

Petty had an even better year in 1971 in the Road Runner that will come up for auction. He won 21 out of 46 races, claimed his third championship, and became the first driver to top $300,000 in yearly earnings.

Fans will be able to bid on the two gorgeous machines and also get the chance to meet Petty himself, who will be on hand to see the cars off and sign autographs when the cars cross the auction block on Aug. 2. Mecum Harrisburg kicks off July 31 and runs through Aug. 3.