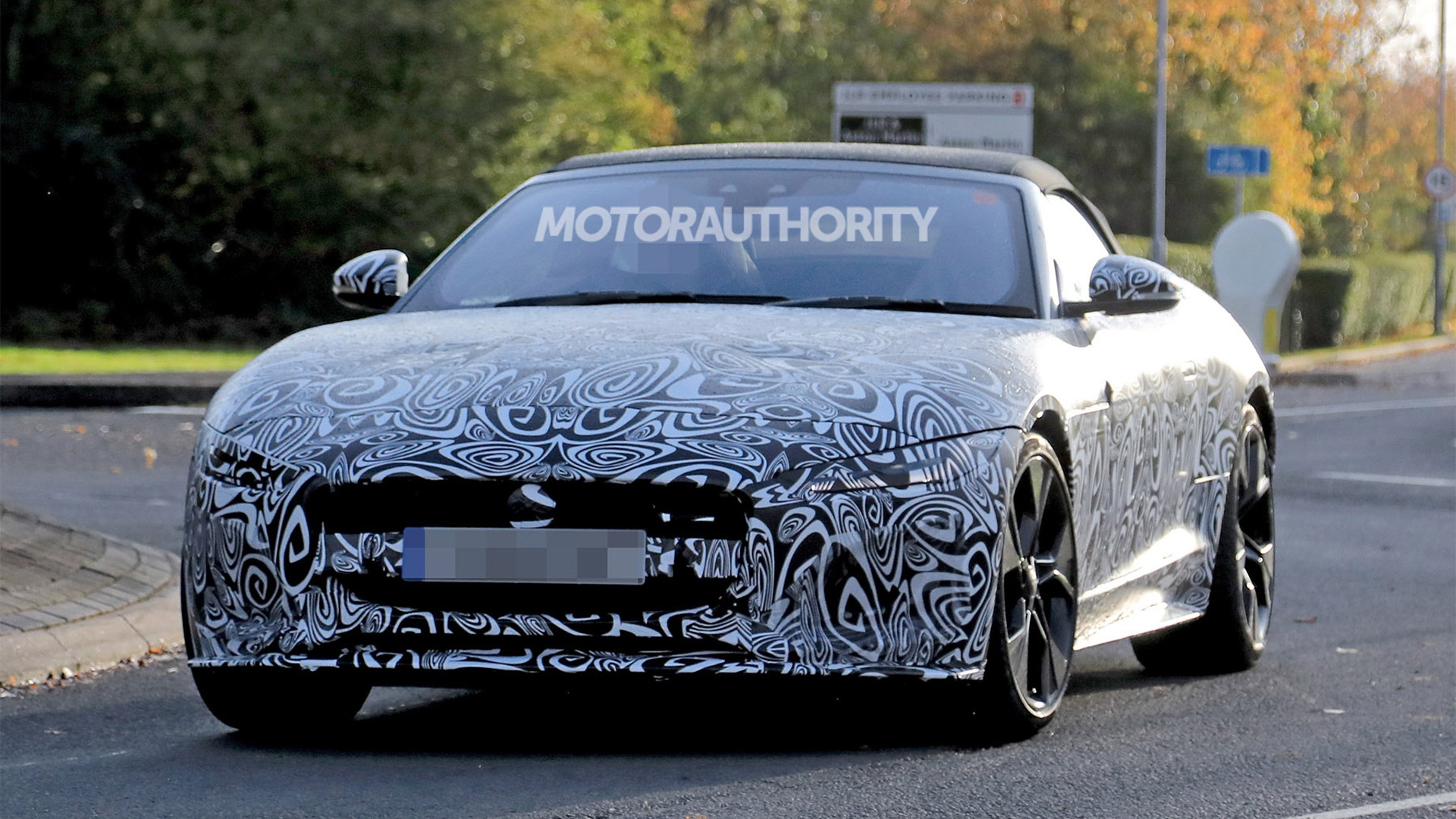 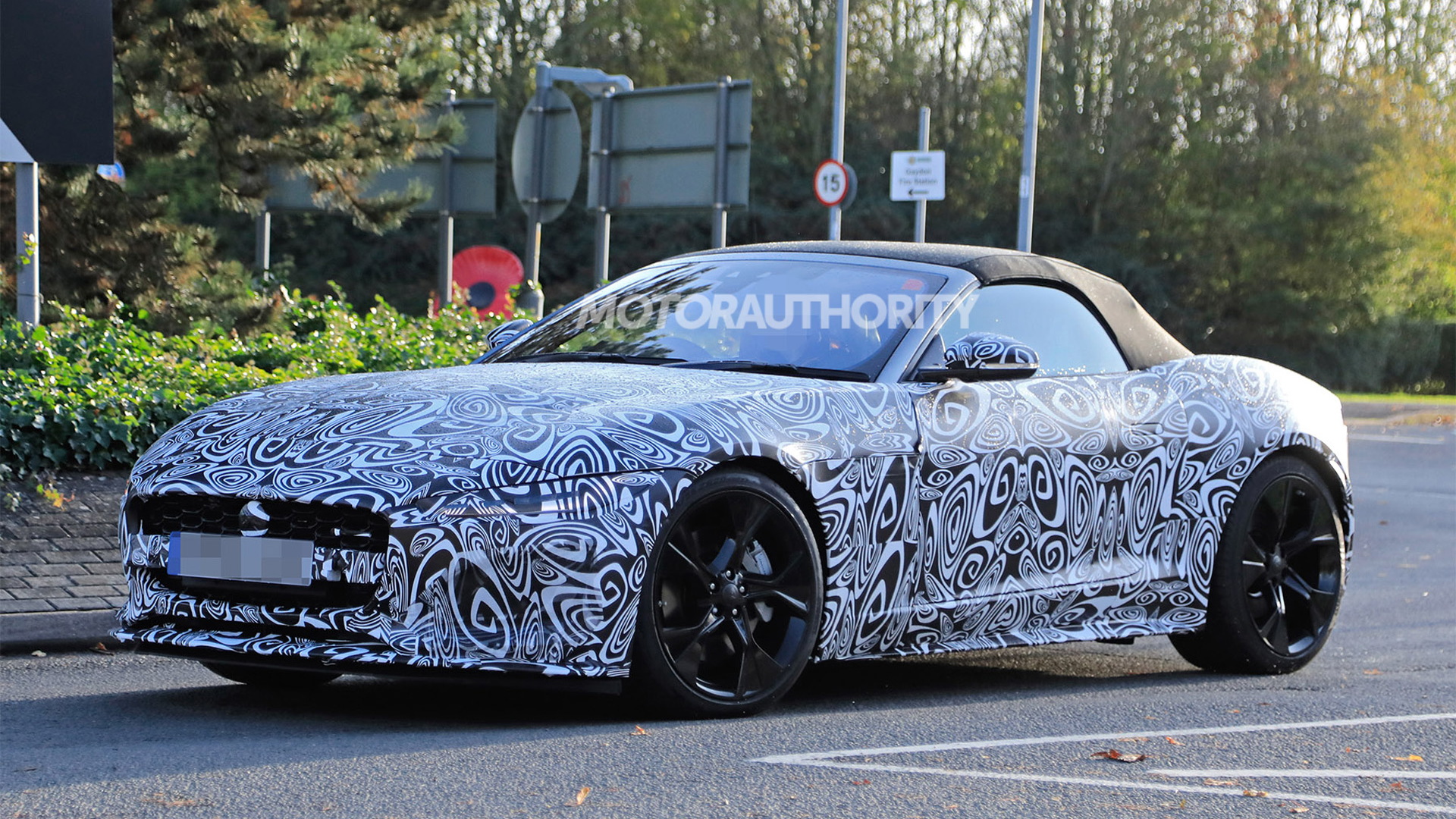 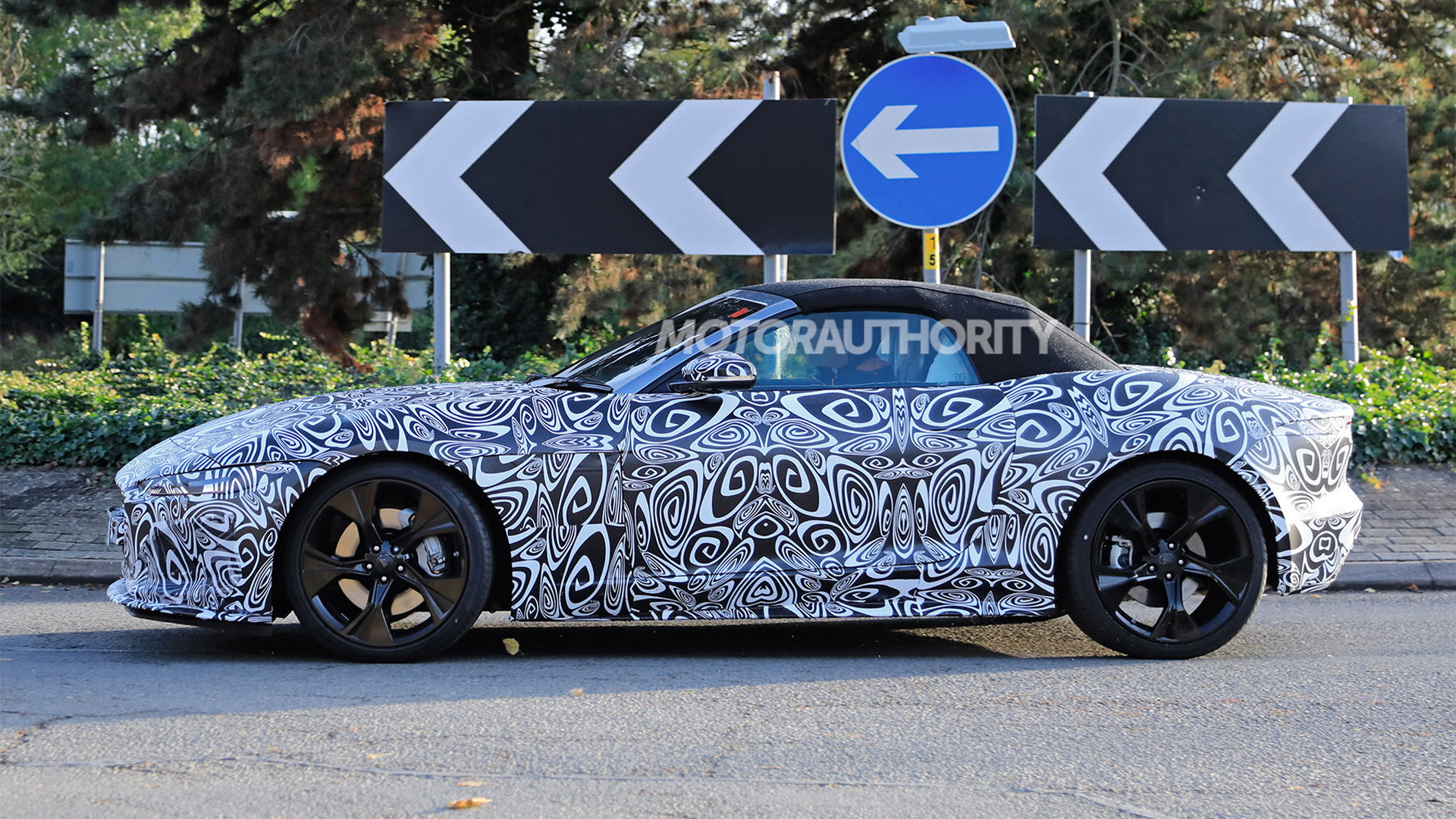 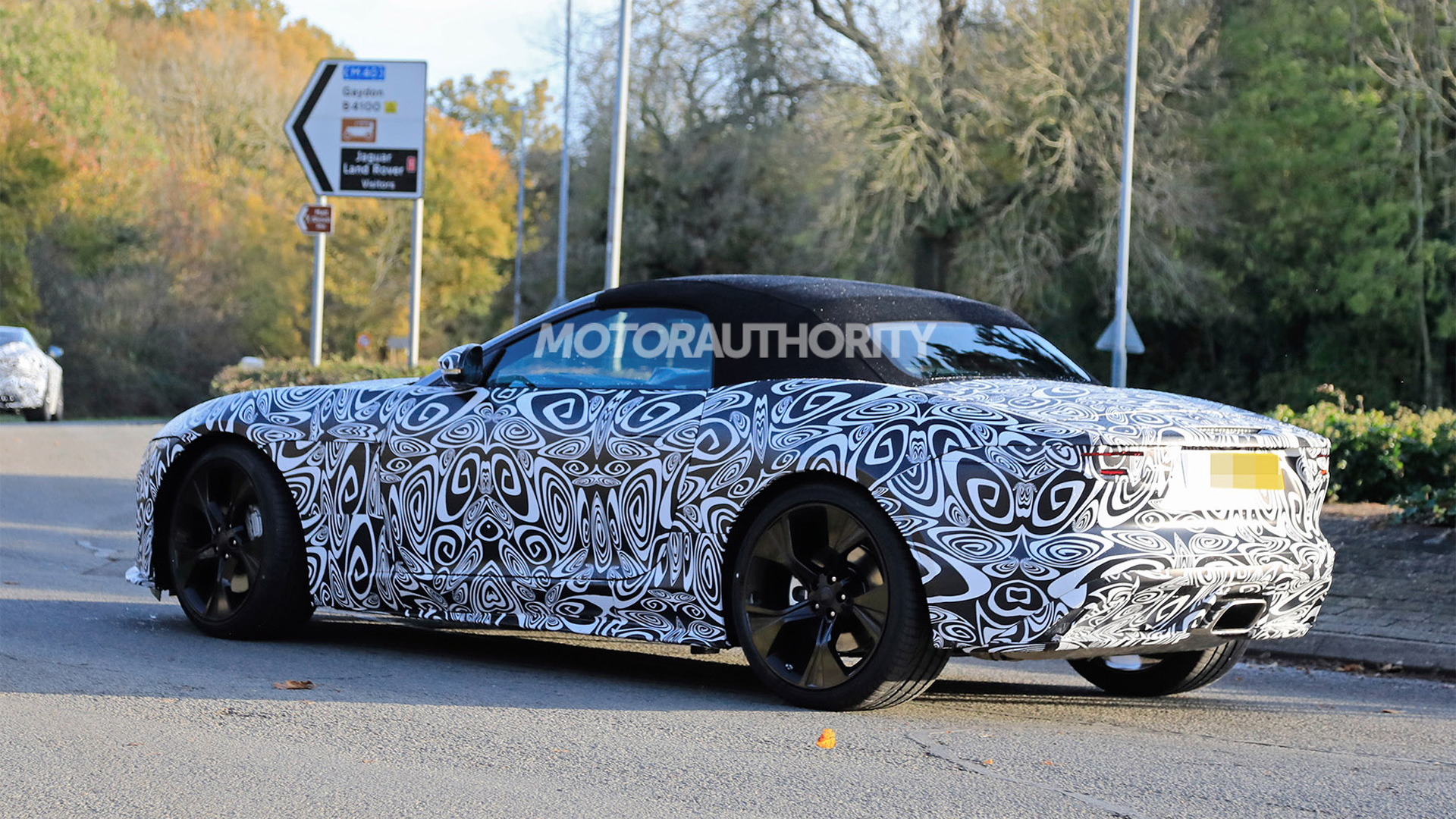 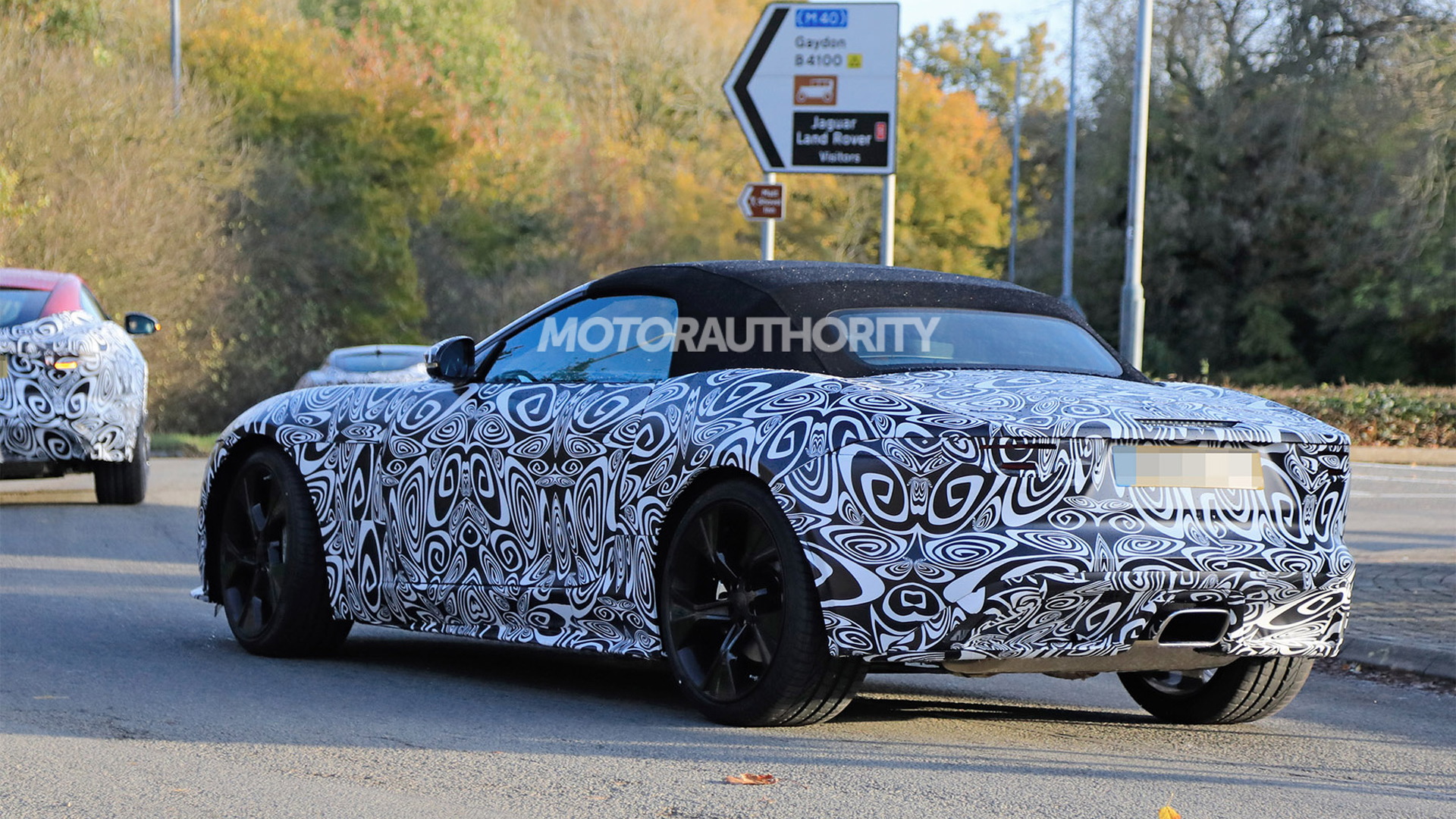 Jaguar's F-Type looks like it will soldier on for several more years as the British firm has been spotted testing an updated version of the sultry sports car.

The updated coupe was spotted recently but now we have fresh spy shots and video of the open-top version, the F-Type Convertible.

The F-Type arrived as a 2014 model and its looks haven't really changed since then, not that they needed to. Nevertheless, Jaguar has some major tweaks pegged for the face of the car. The prototype sports slimmer, wraparound headlights instead of the current model's tapered design. The hood and front fascia has also been massaged to fit the new lights, while at the rear the taillights appear to have a more angular shape to match the design on the updated 2020 XE sedan.

As for mechanical updates, Jaguar is expected to finally ditch the supercharged V-6 currently used in the F-Type in favor of an electrified inline-6 that's already been announced by Land Rover for some 2020 models. In the 2020 Range Rover, the powertrain offers outputs of 355 horsepower and 365 pound-feet of torque in P360 guise and 395 hp and 406 lb-ft in P400 guise.

The powertrain is a mild-hybrid setup combining a 3.0-liter turbocharged inline-6 with a beefed-up electric starter motor that can aid the engine during high loads and recover energy under braking and coasting. There's also an electric compressor that helps build boost pressure before revs rise and the conventional turbocharger takes over.

Unfortunately, the replacement of the old V-6 may mean the end of a manual transmission in the F-Type, as the engine is the sole unit currently offered with the 3-pedal option.

As for the interior, a digital instrument cluster is expected to finally make its way into the F-Type, along with an updated infotainment system with a larger touchscreen display. More electronic driver aids should also feature in the car.

The updated F-Type will be unveiled on December 2, meaning we'll likely see it arrive at dealers as a 2021 model.

The updates will allow Jaguar to bide its time until a successor can be developed, possibly with a battery-electric powertrain.