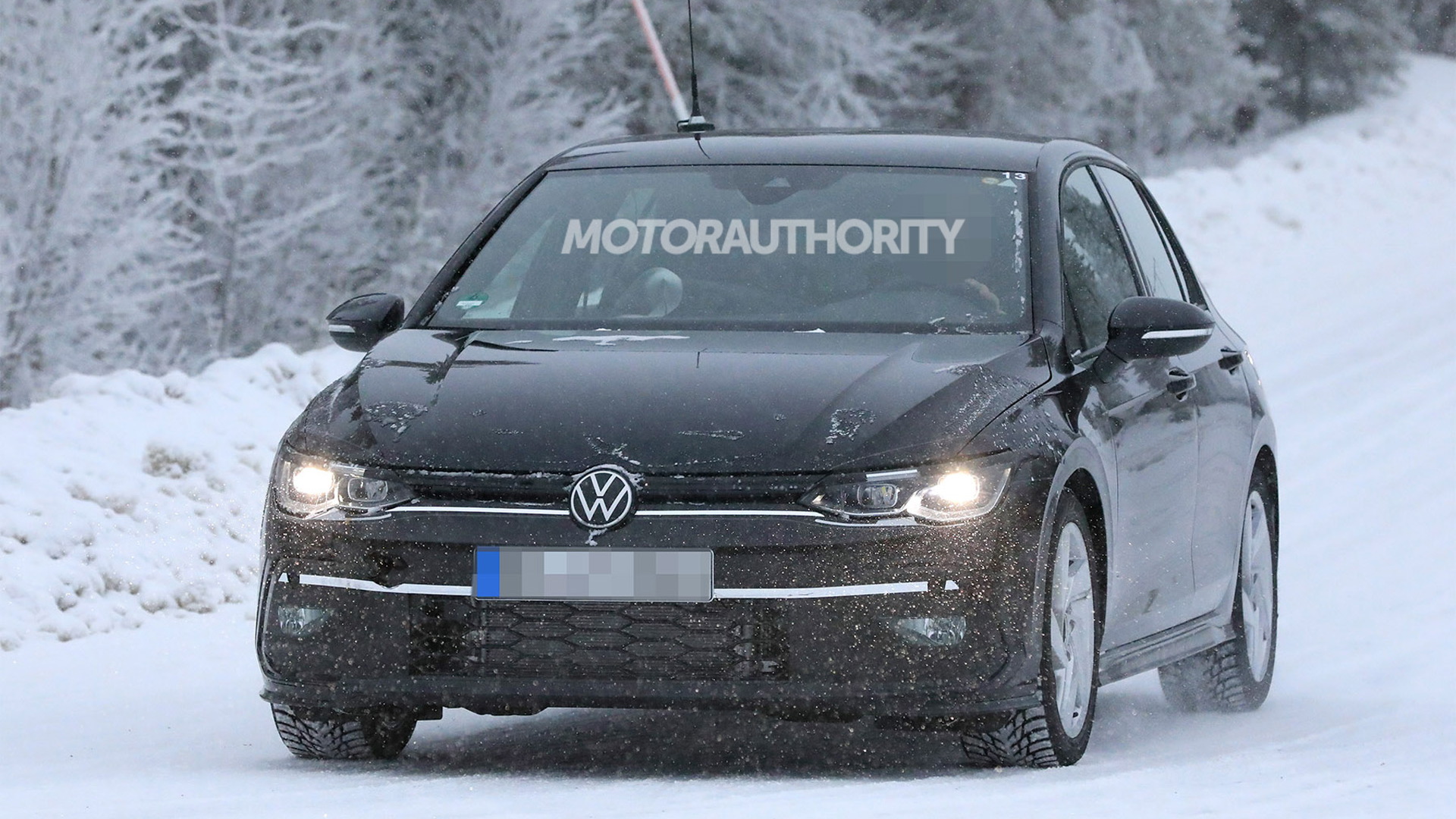 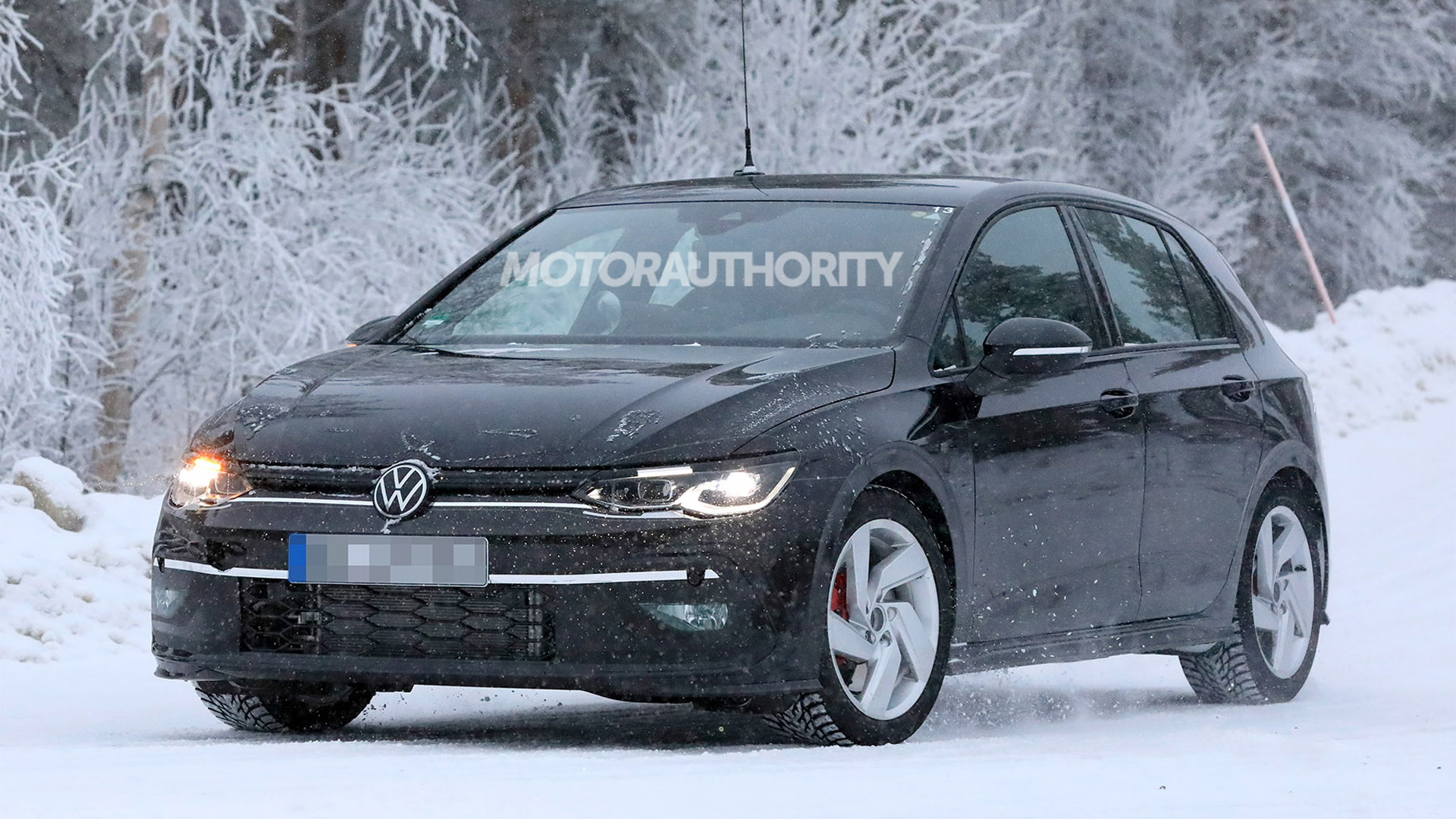 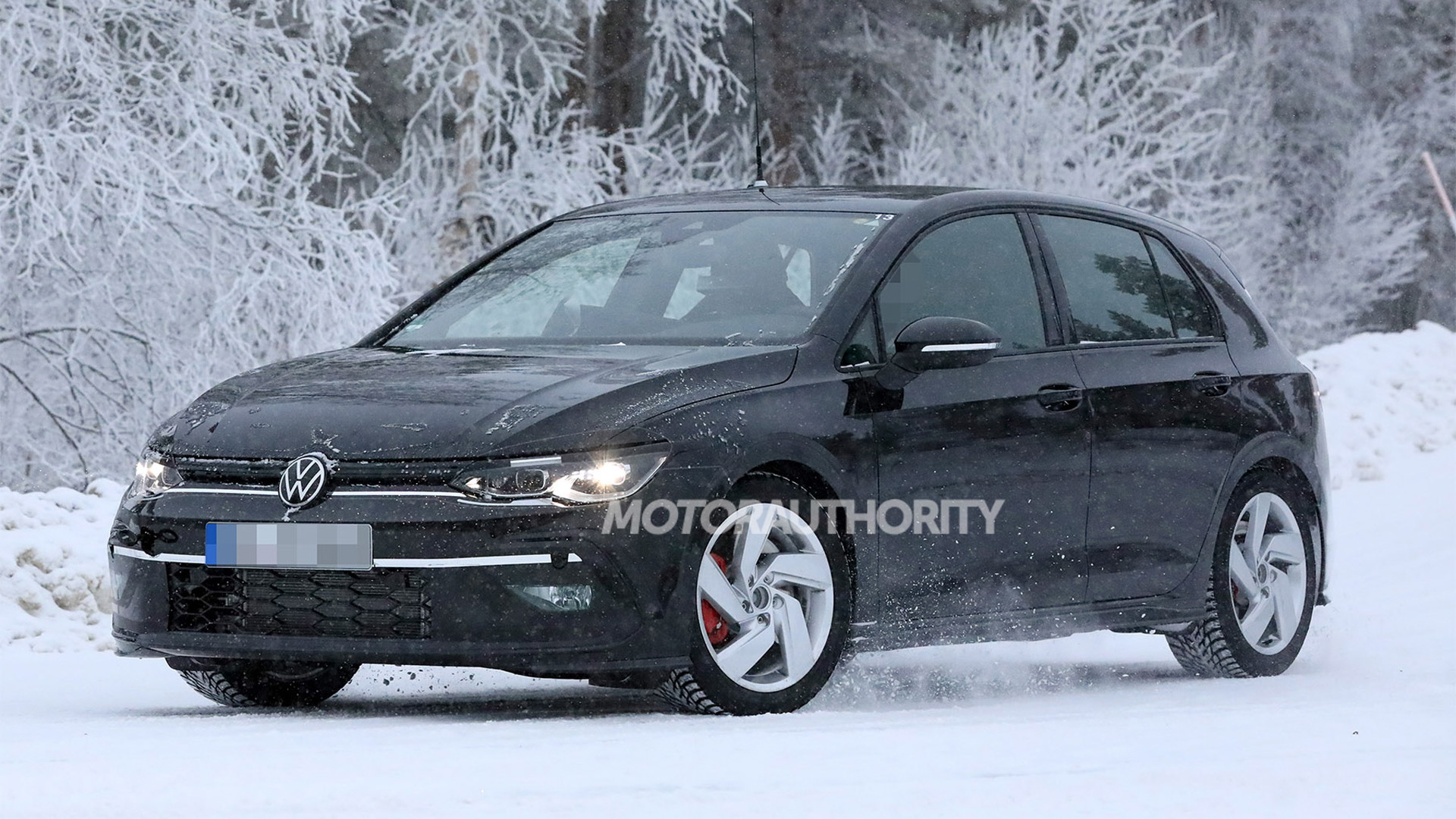 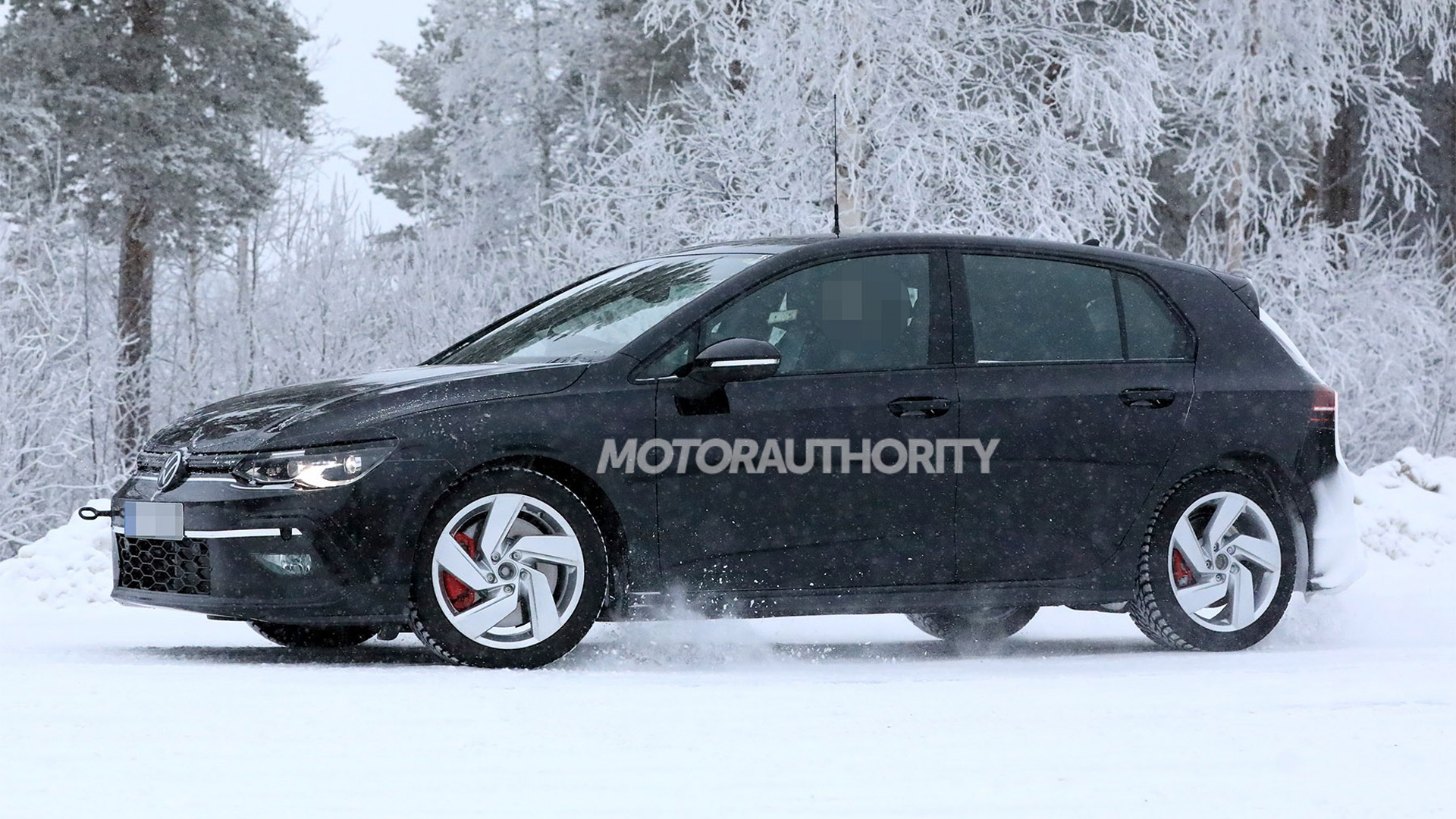 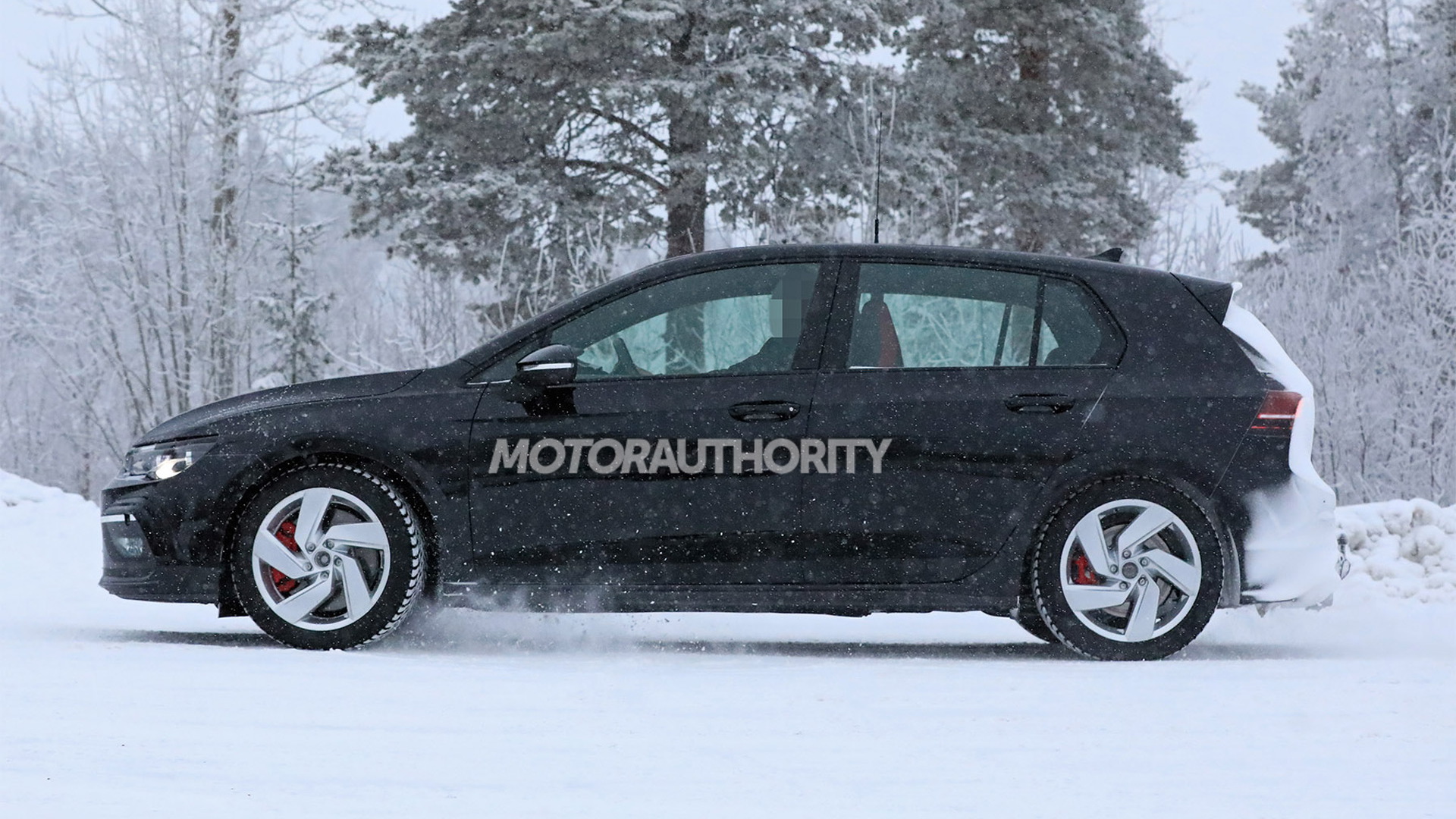 A new generation of the Volkswagen Golf, the nameplate's eighth, was unveiled in October and this means we should be in for new versions of the sporty GTI and high-performance Golf R in the near future.

This week a prototype for the GTI was spotted undergoing cold-weather testing ahead of a debut early in 2020. Previous testing took place at the Nürburgring where engineers pushed the car hard, as one of the shots shows a wheel in the air. It was taken at the smaller of the two Karussell hairpin turns.

The redesigned Golf range utilizes an updated version of the current generation's MQB platform. The updated platform benefits from reduced weight and other fuel-saving features like a 48-volt mild-hybrid system. There are also new electronic goodies including a digital dash, permanent Internet connection, and advanced driver aids.

The GTI should match the current generation's 2.0-liter turbocharged inline-4 and augment this with the aforementioned mild-hybrid system. The system consists of a belt-driven electric motor-generator that can recover energy during braking and reuse this for starting the engine during stop-start driving, providing a torque boost, and allowing the car to coast without consuming any fuel.

Drive will be to the front wheels only and peak output should come in close to the 220 horsepower of the current GTI. Transmission options will include a 6-speed manual and possibly a 7-speed dual-clutch unit. As for the next Golf R, it's expected to match the current model's 296 hp.

Signature GTI elements are all present on the prototype, including a honeycomb mesh pattern covering the front intakes, a dual-tip exhaust system, and uprated wheels, tires and brakes. You can bet that the interior will also feature the signature tartan cloth on the seats.

While the regular Golf won't be sold in the United States, likely due to production of the new range exclusively taking place at VW's main plant in Wolfsburg, Germany (the current Golf is sourced from Mexico), the good news is that the enthusiast-friendly GTI and Golf R are due here. The GTI should arrive for the 2021 model year, and the Golf R possibly a year later.

The new Golf range also includes a sporty Golf GTE plug-in hybrid with 242 hp, though it isn't clear if this model will end up here.