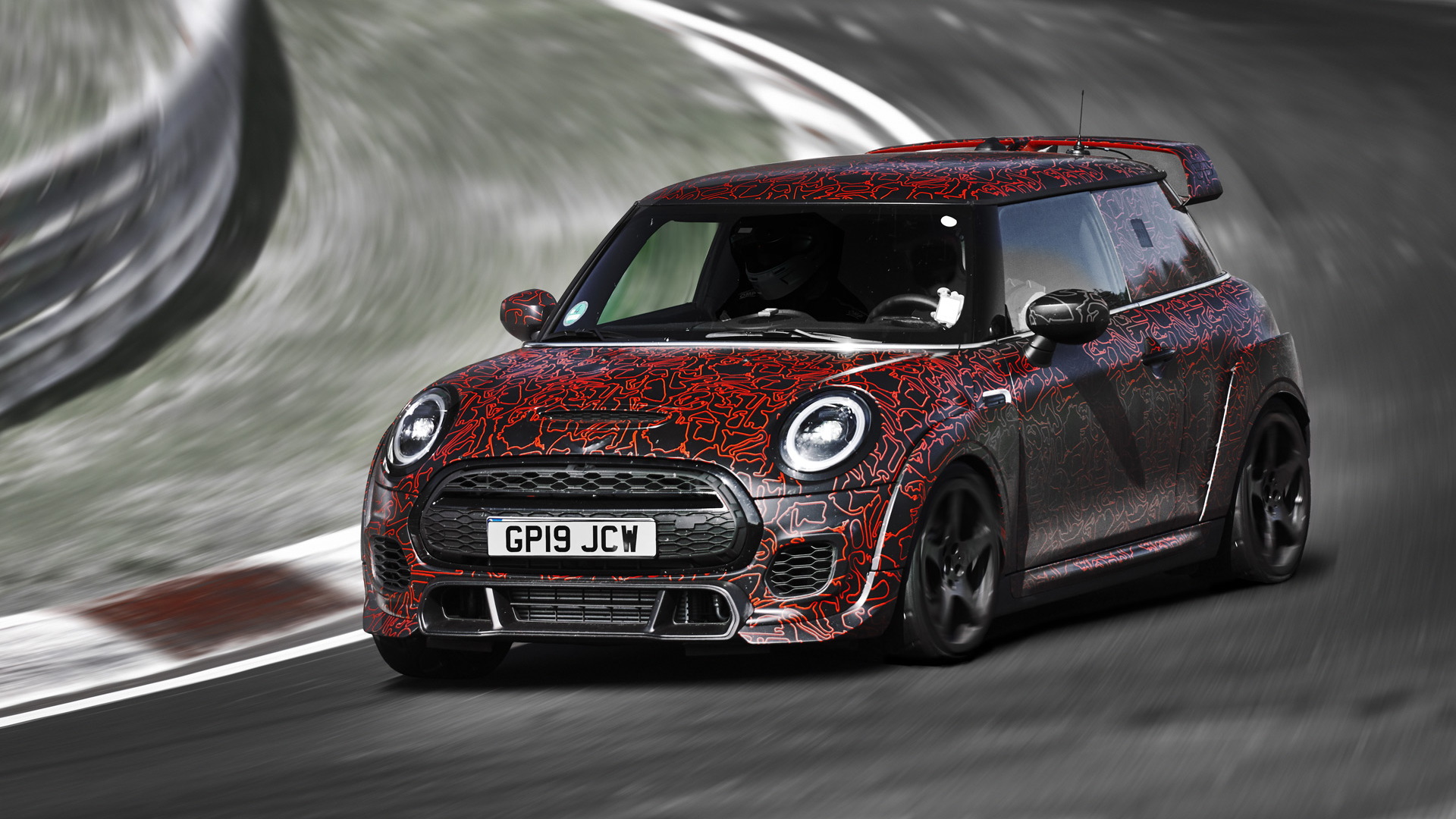 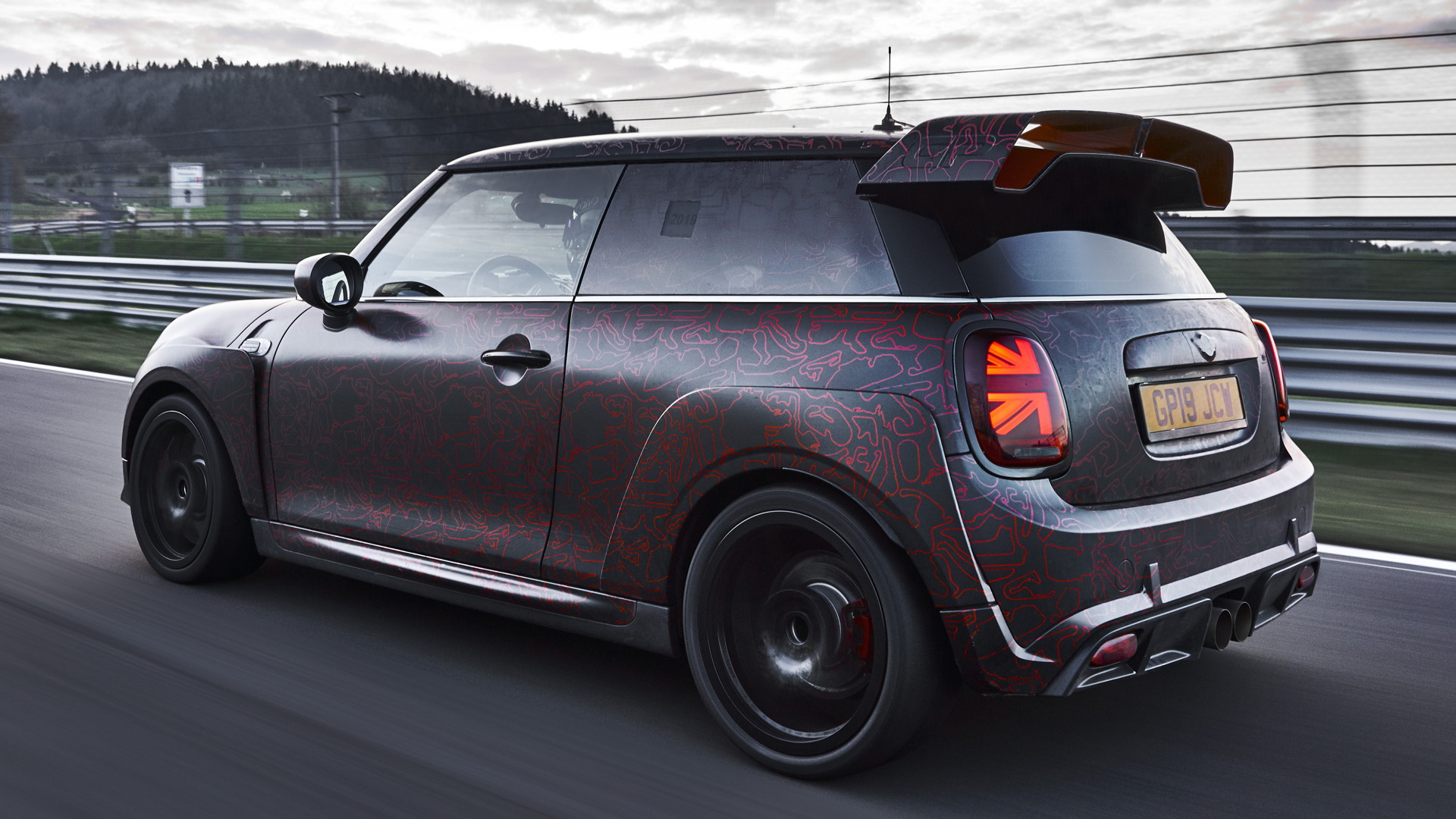 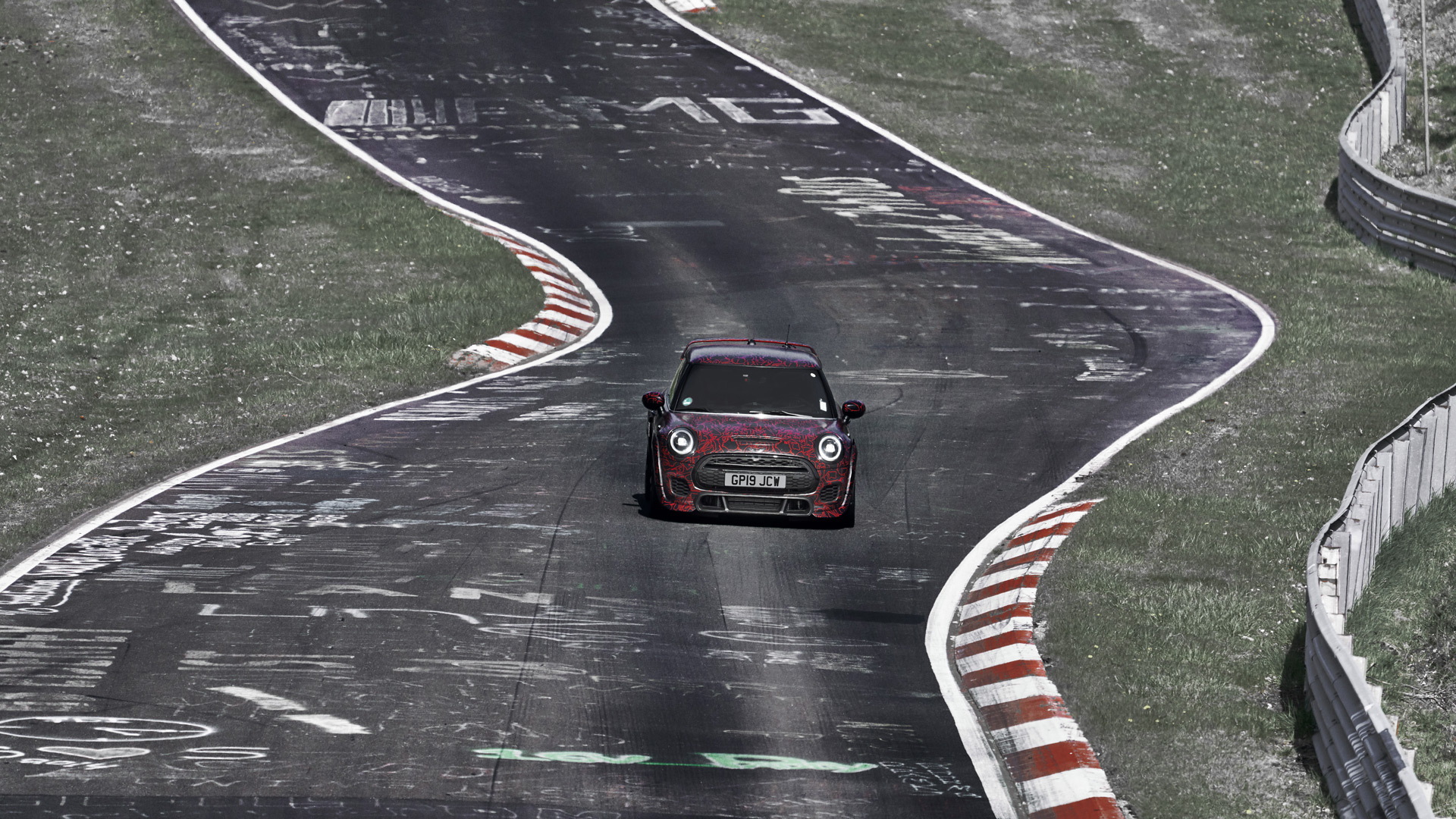 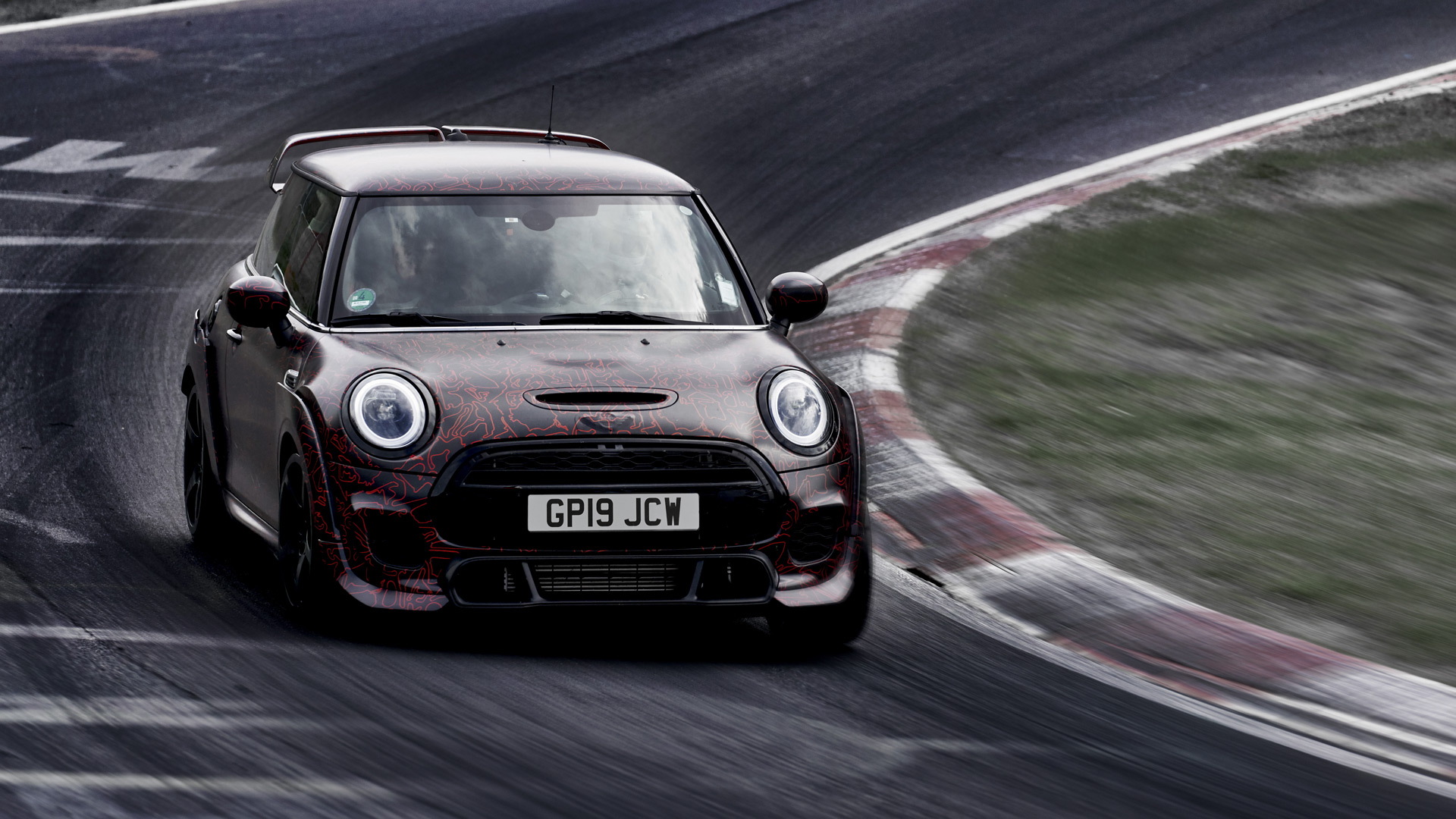 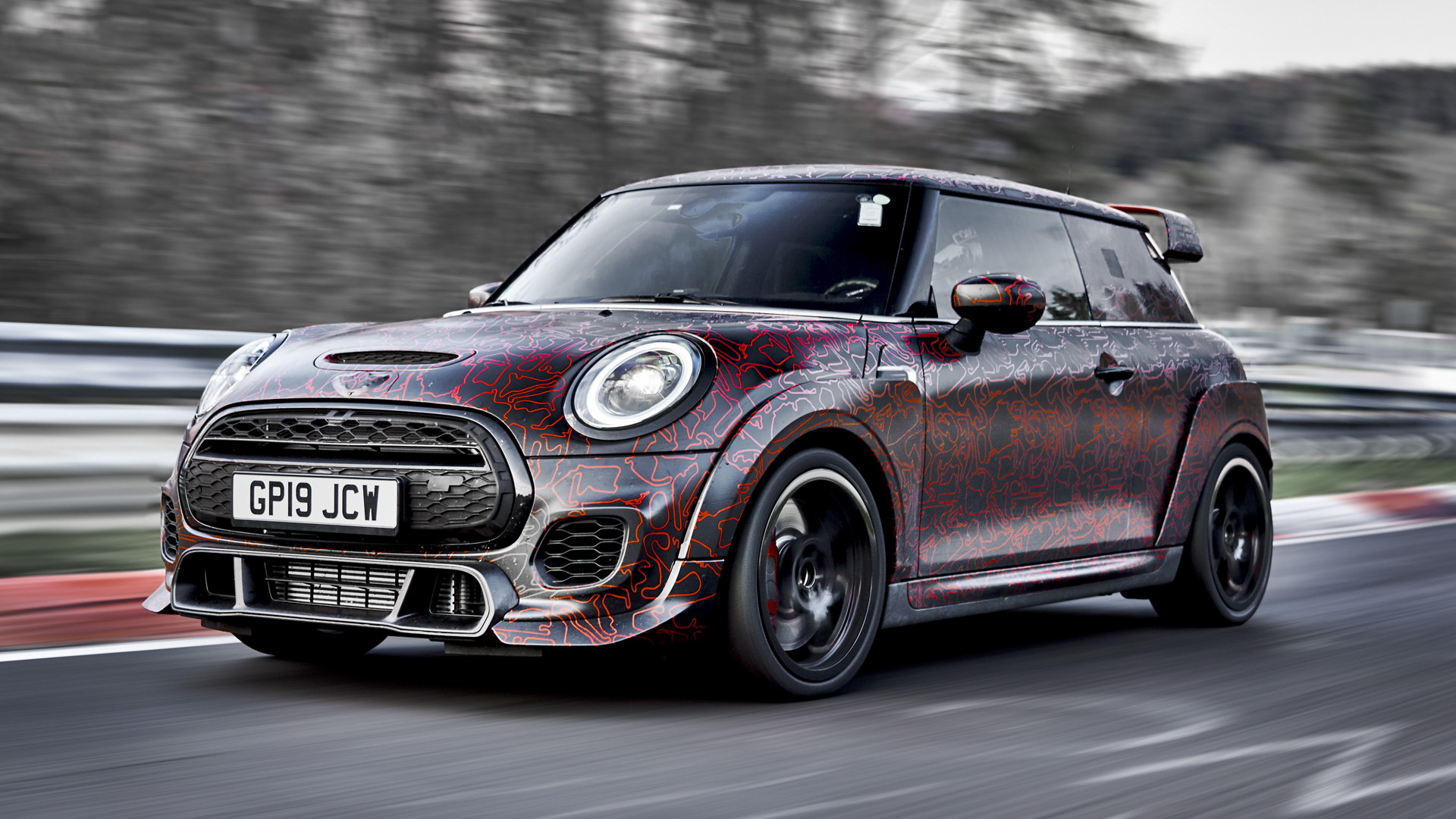 Mini is working on a new generation of its high-performance John Cooper Works GP, which the automaker will launch next year. It's based on the Hardtop 2 Door and set to be produced in a limited run of 3,000 units.

Testing of the hot hatch is currently underway, including at the Nürburgring where Mini recently ran the car alongside its predecessors. The last JCW GP lapped the 'Ring in 8:23, and Mini has indicated the new one will post a sub-8:00 time.

The engine is confirmed as a 2.0-liter turbocharged inline-4 generating more than 300 horsepower. Drive will be to the front wheels only, and the sole transmission will likely be an 8-speed automatic. 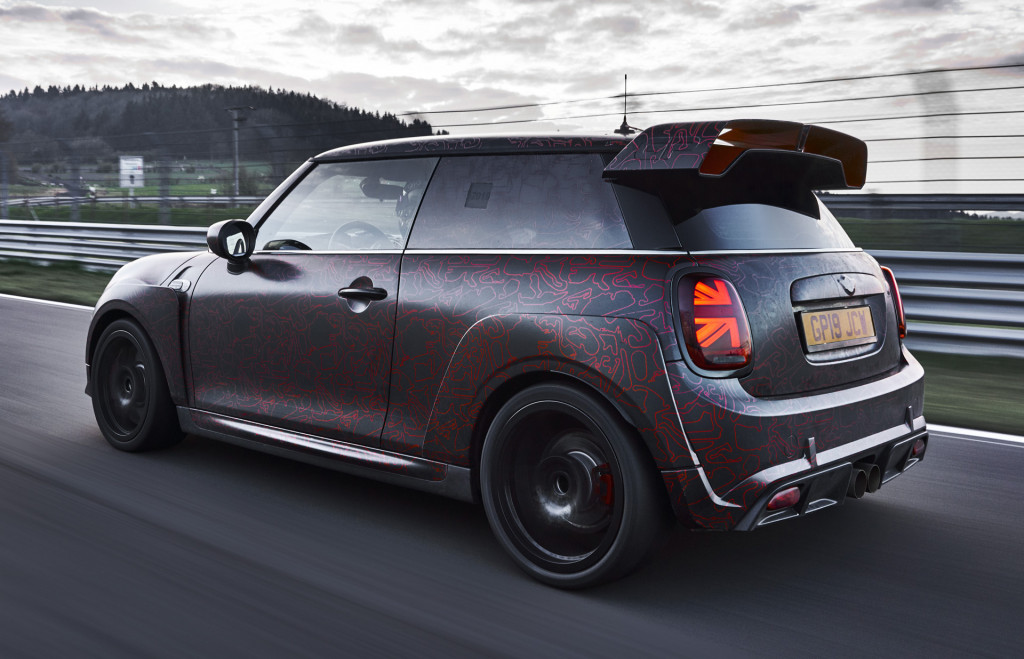 Other performance mods will include a high-downforce aerodynamic package, track-tuned suspension, light alloy wheels, and extra cooling vents. There will also be “”weight-optimized construction,” according to Mini.

The GP badge signifies the end of a generation, and the new model will likely serve as a farewell to the current-generation Hardtop before a redesigned version arrives. The last time the GP appeared was in 2013, and it's only ever surfaced in Hardtop form.

Before the GP's arrival, Mini will launch an electric Cooper S E Hardtop. It debuts on July 9. 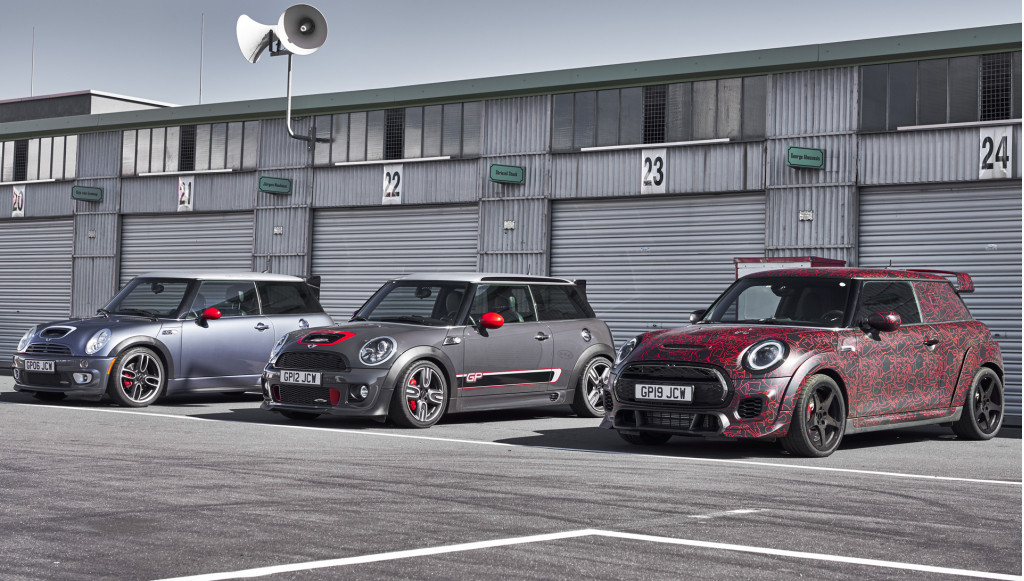