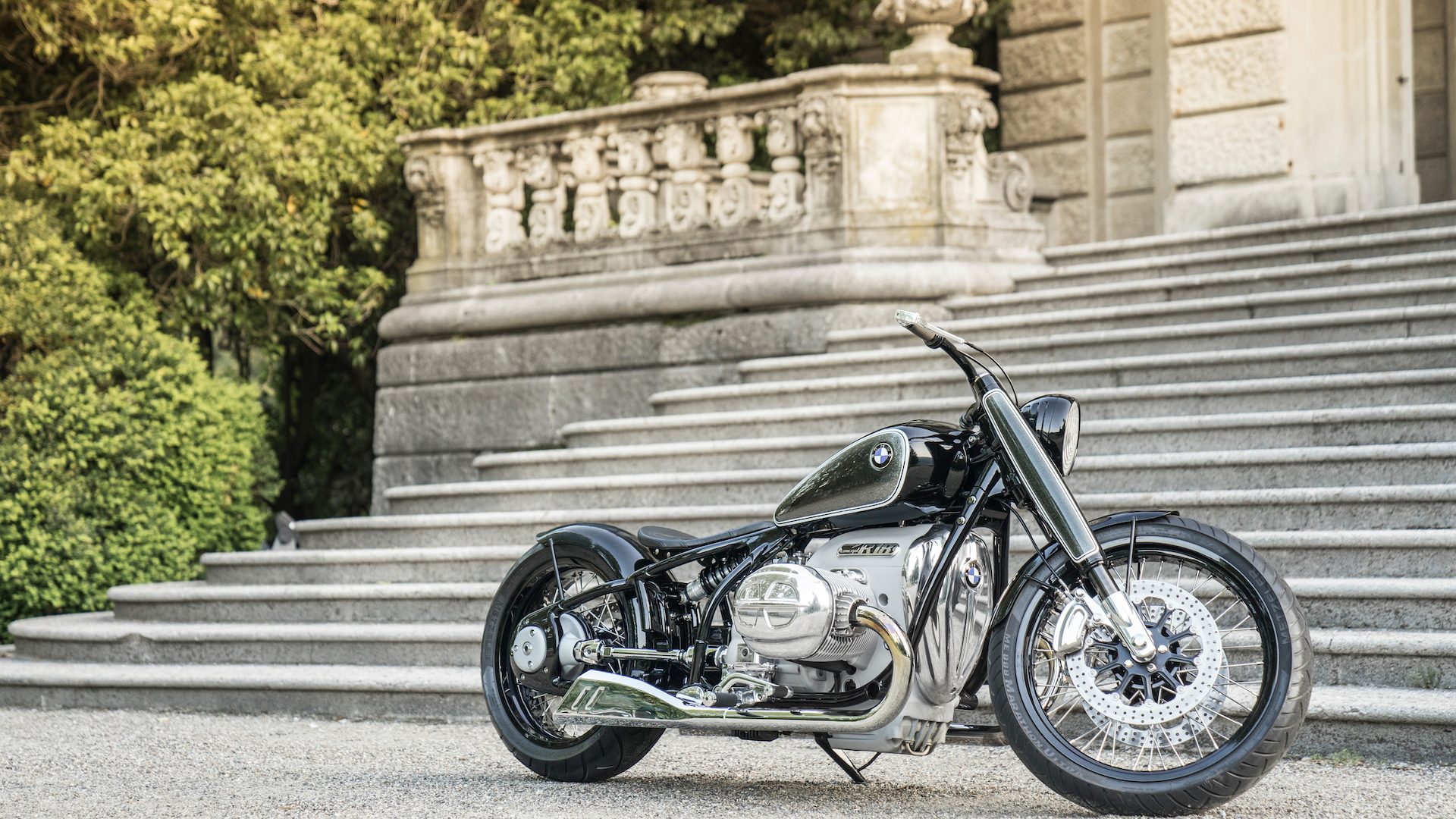 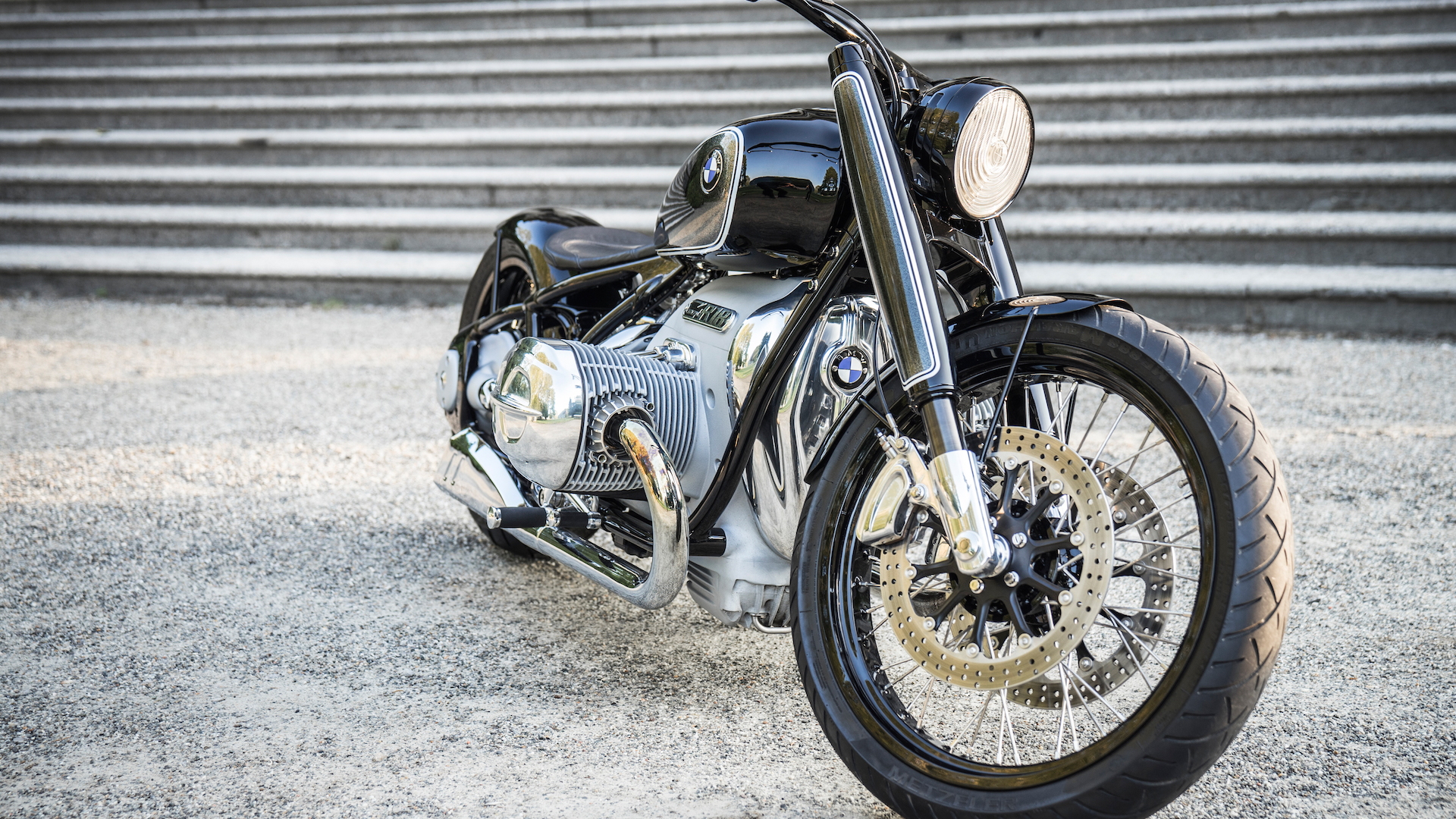 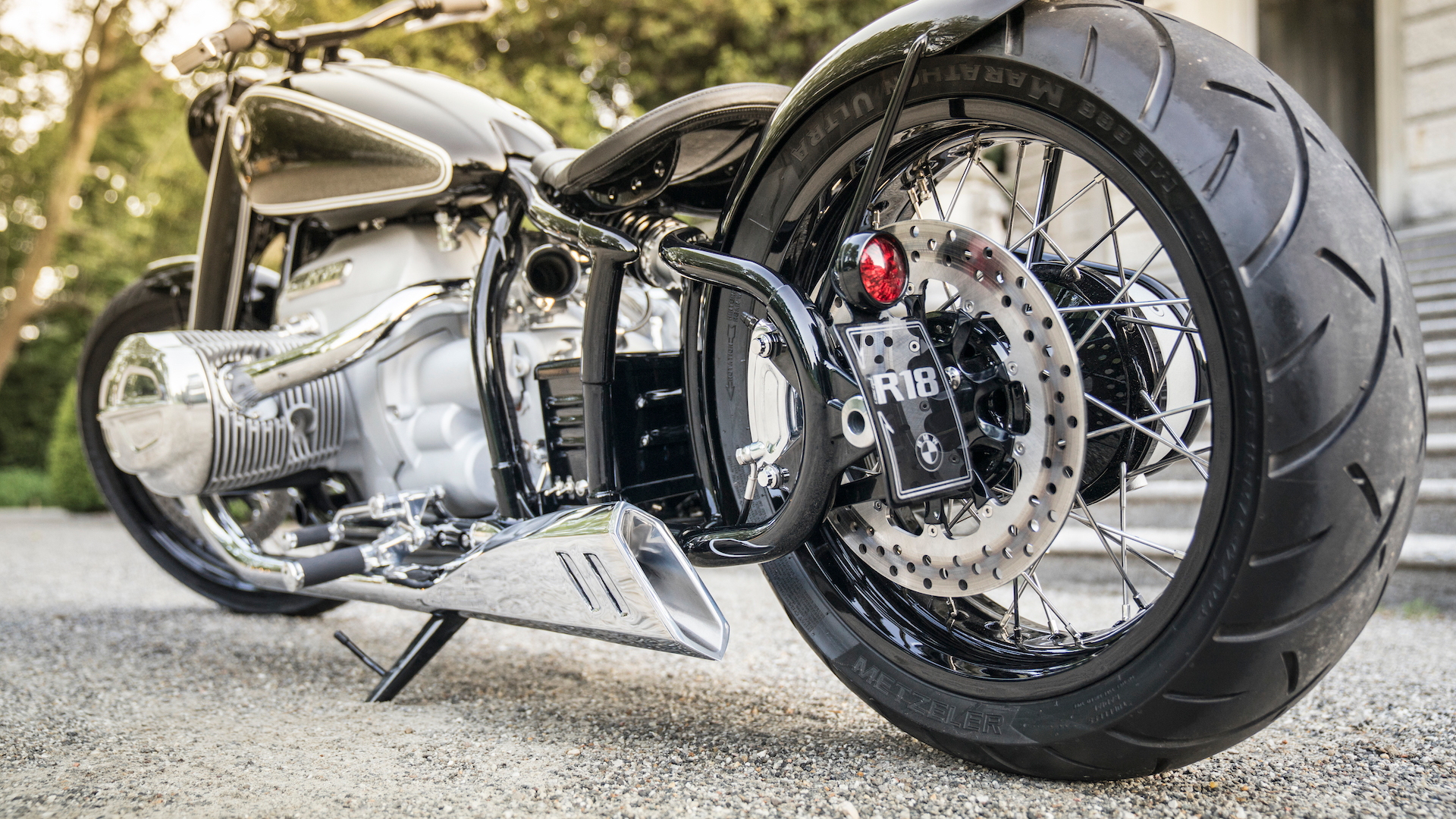 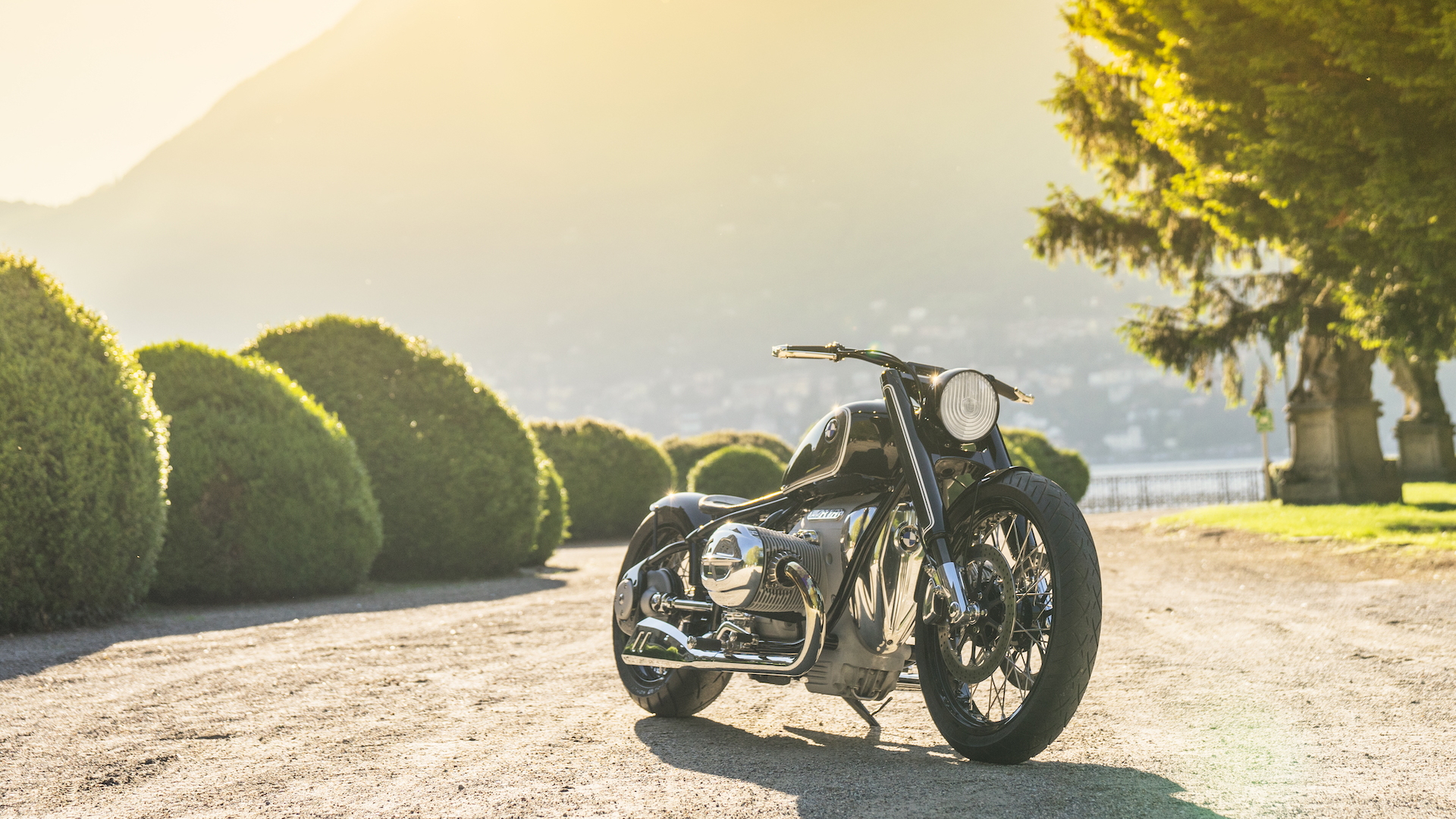 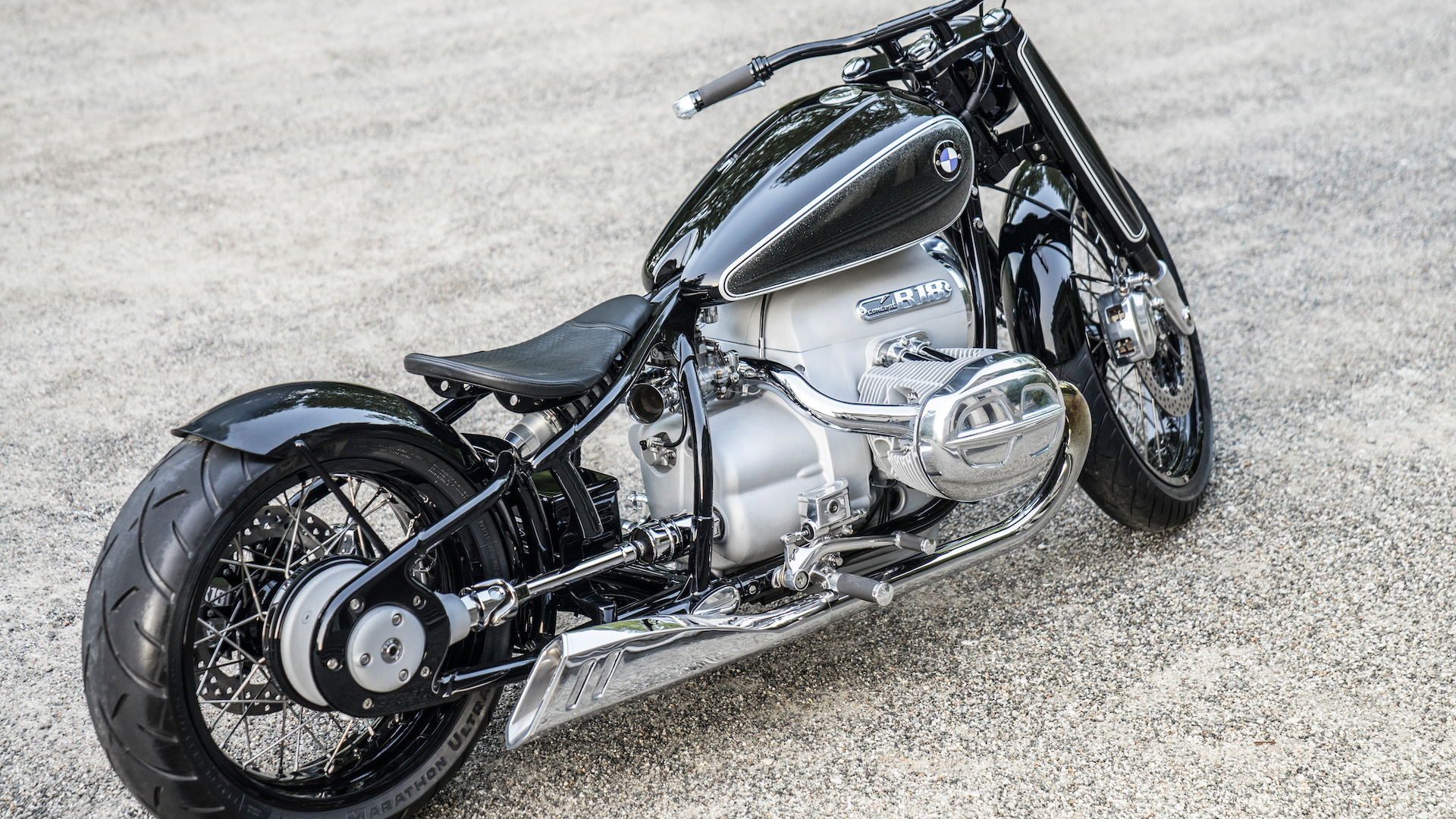 At the Concorso d’Eleganza Villa d’Este in Italy this past weekend, BMW Motorrad showed off the R18 concept, a two-wheeled expression of form and function teaming with classic looks and modern cues all in one beautiful bike.

The R18 concept evokes some of the best looks of BMW's past motorcycles with a specific nod to 1960s-era motorcycles.

Designers and engineers on the project worked to make "everything visible." Parts and design elements on the motorcycle are all there for a reason with zero frills. The highlights include a new boxer engine, a cradle frame, an exposed universal shaft, and a teardrop-shaped fuel tank. The latter features black paint with hand-applied contrast lines. BMW said the overall look is one of balanced proportions that recall the BMW R5 motorcycle, which was released in 1936.

The frame and fuel tank create one common line from the steering head to the rear that results in a flowing look. However, the massive wheels, 21 inches up front and 18 inches in the rear, add a dash of aggressiveness to the bike.

BMW didn't skimp on the finer details, either. The new boxer engine, which displaces 1,800 cc, is meant to mirror the flat twin engines the brand used through the end of the 1960s. Yet, it's larger and features modern cooling systems. The engine block is made from glass bead-blasted aluminum, while the belt guard and valve covers don polished aluminum. In a nod to BMW's car history, Solex dual carburetors reference the BMW 2002 of the 1970s.

Past and present also meet in the retro headlight design with LED lighting elements, the 1950s-esque leather seat, and a cantilever spring strut hidden beneath the seat.

BMW Motorrad didn't say if the R18 concept is a preview of a new bike, but perhaps future BMW motorcycle designs will look a little more to the past.

The R18 wasn't the only concept BMW showed in Italy. BMW's car brand re-created the one-off Garmisch concept that disappeared after it was shown in Geneva in 1970.