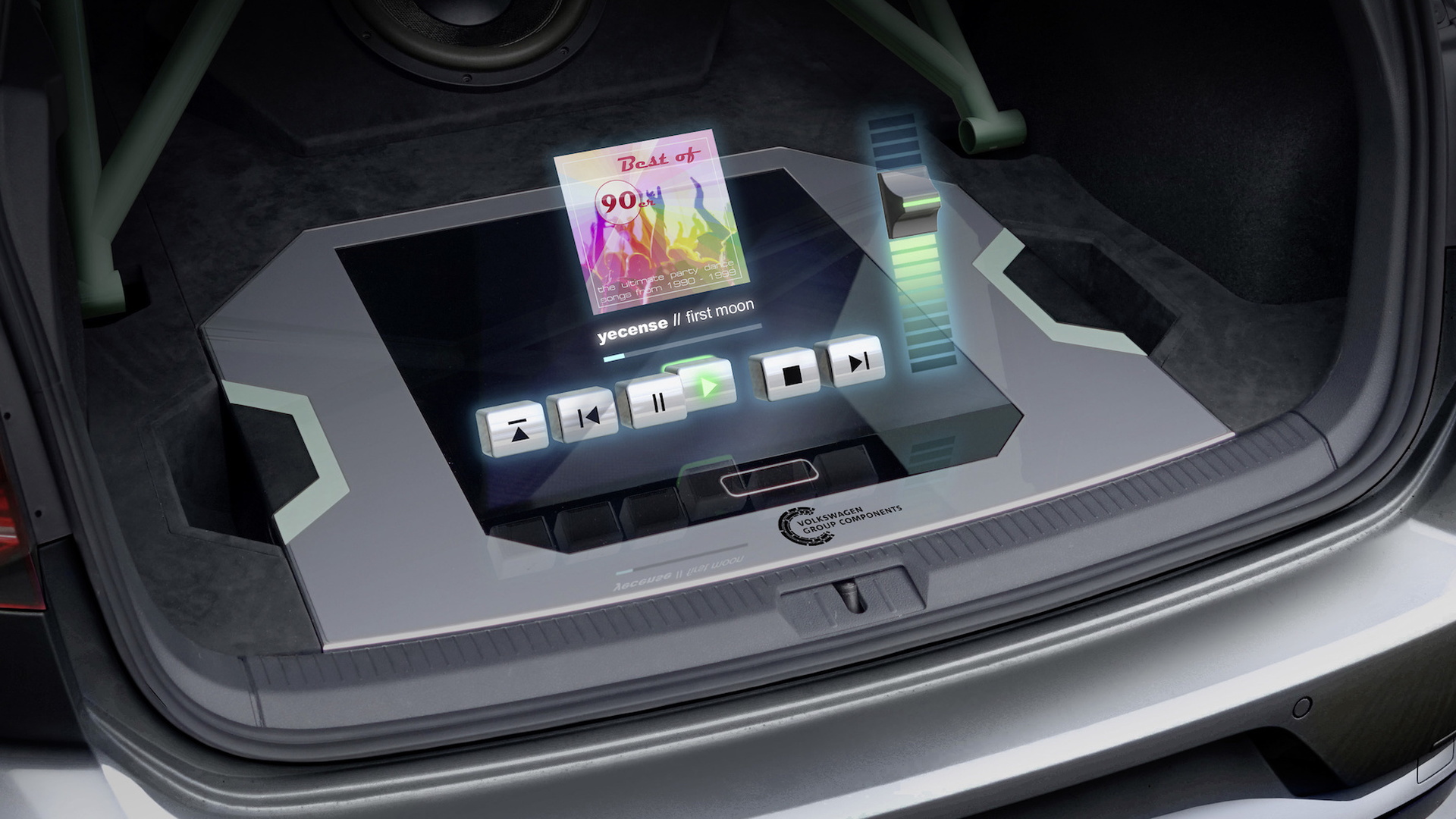 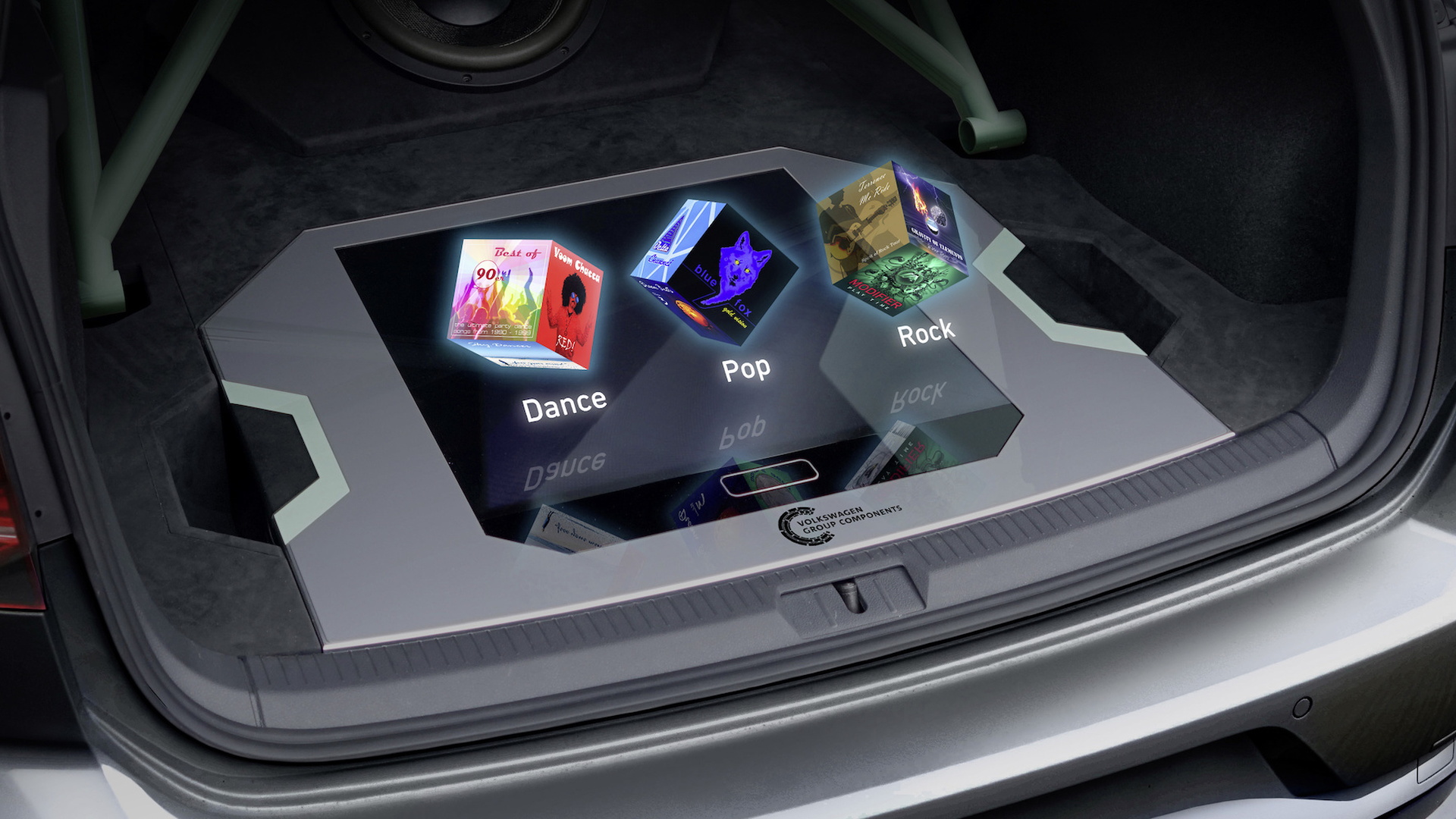 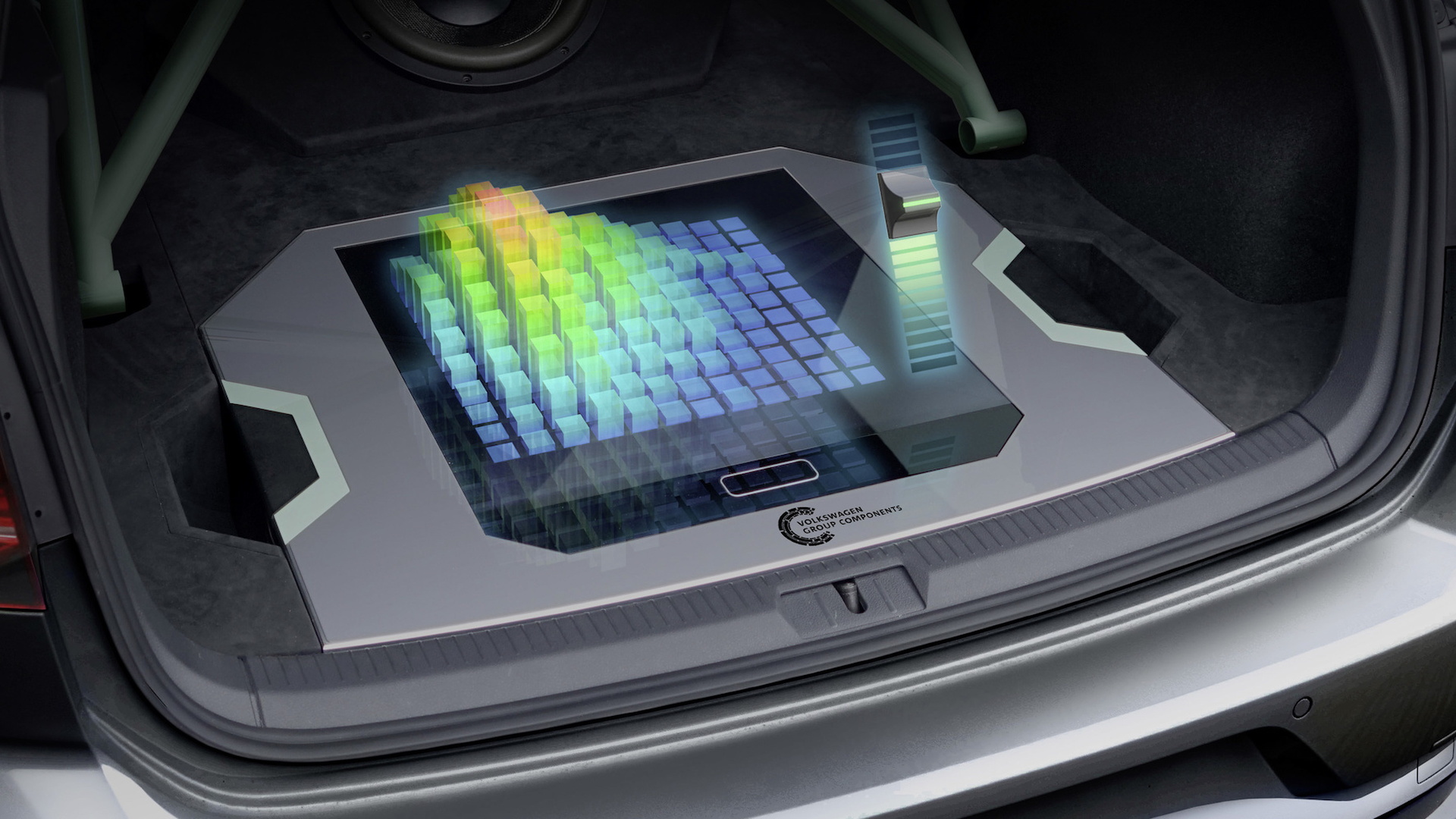 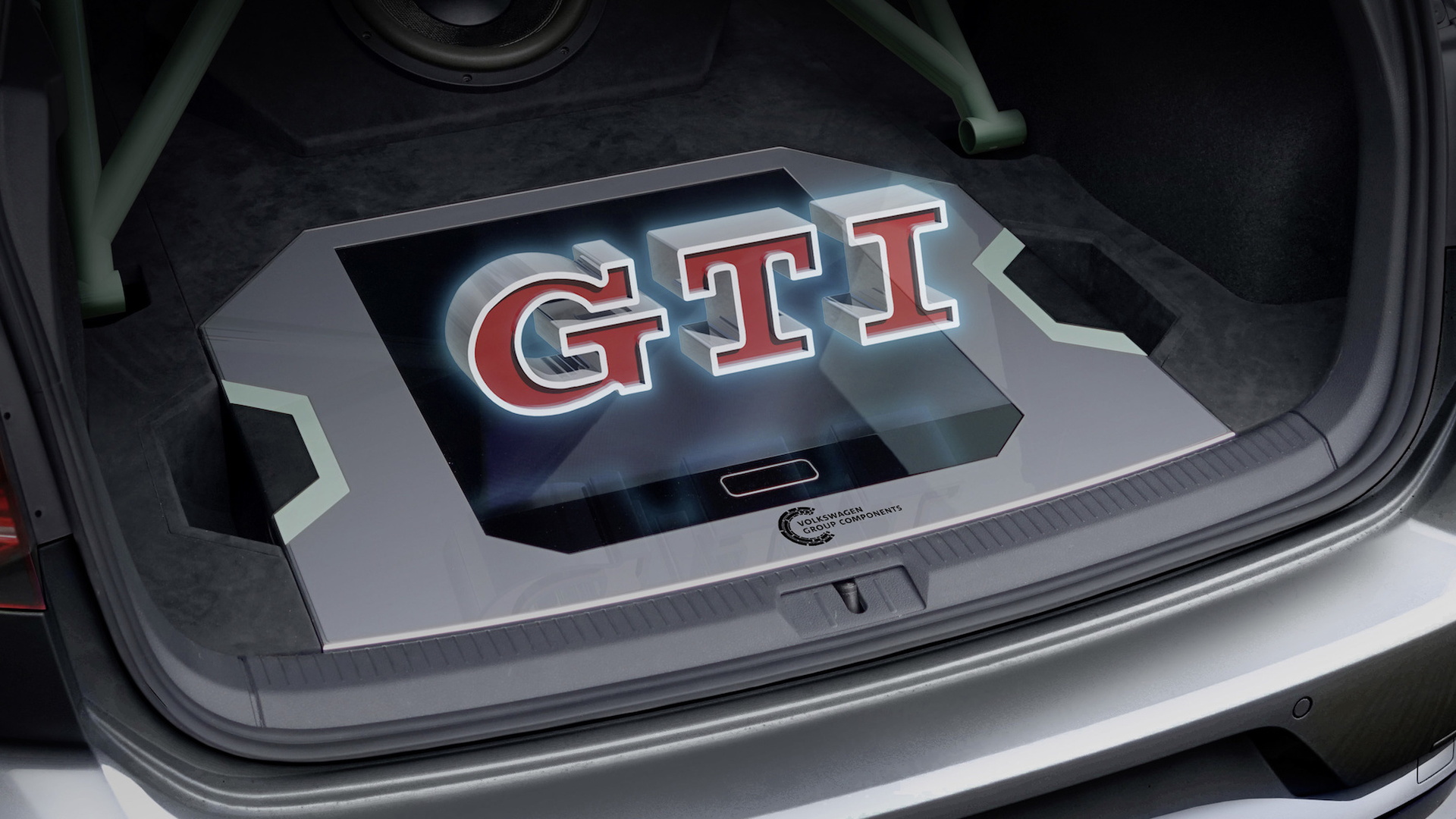 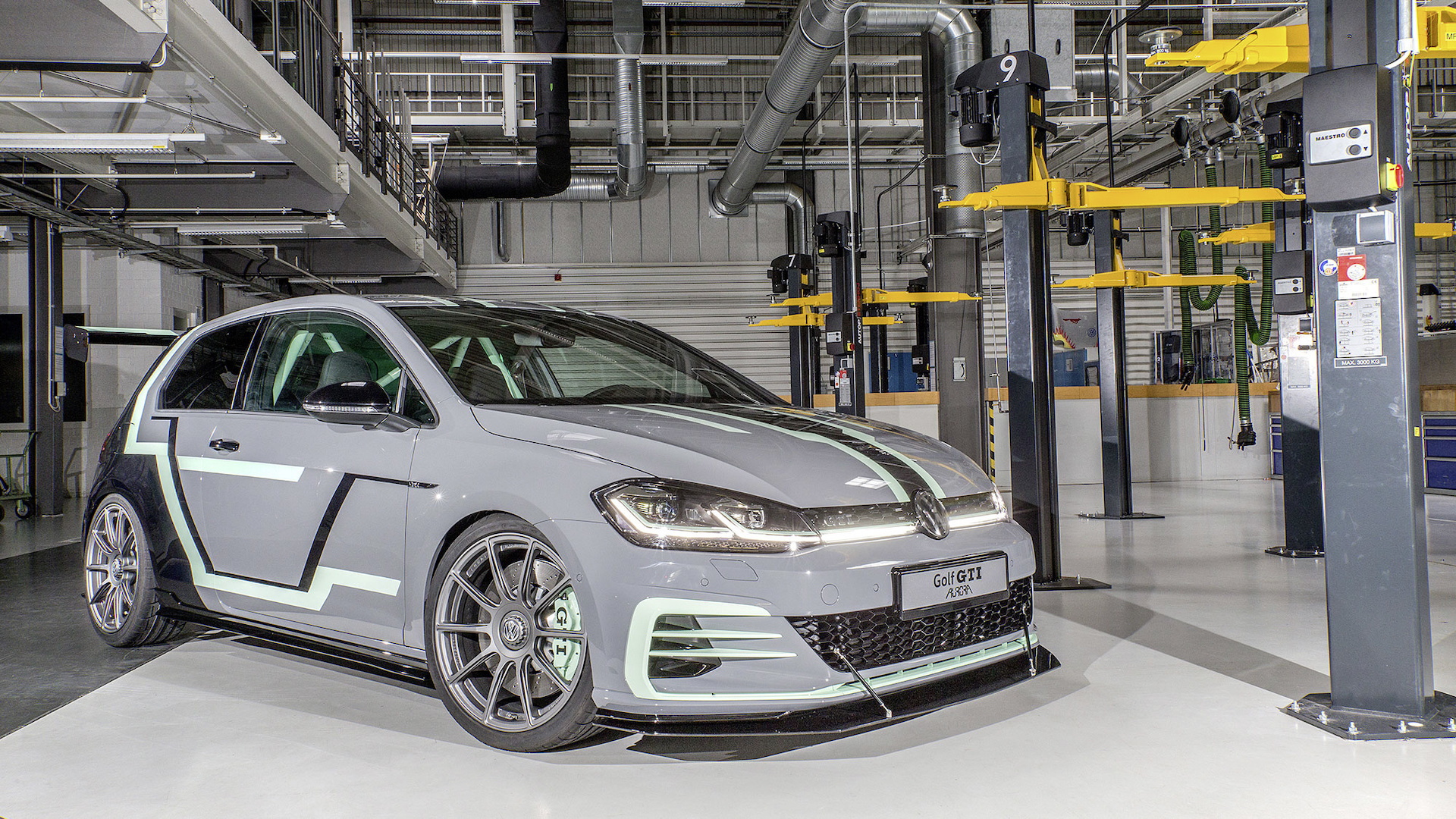 At Volkswagen, controlling a stereo system with buttons and knobs could be going out of style. The brand is examining a holographic future, and the Golf GTI Aurora concept shows how it could look.

Revealed on Wednesday for the annual Wörthersee Tour in Austria, the Golf GTI Aurora includes a holographic display in the hatch area that controls a 3,000-watt stereo system. Big chunky control buttons appear from thin air with a slider to control the volume. Further, users select albums, playlists, and artists with their fingertips as they float in the air in the form of cubes. It all sits right above the hardware that makes the user interface possible with no bulky equipment in the way.

VW didn't disclose exactly how it works (that's a patented process and trade secret), but the VW Future Development Team shared a few details. Software algorithms and "visual technology modules" create a floating images. The system is also capable of understanding a user's inputs, like when he or she presses the play button. VW said the entire process is natural and doesn't feel foreign to anyone—even if they've never worked with a hologram.

While the system is far from ready for mass production, it does provide a clue to where designers may head in the future. Holograms can free up space for vehicle functions like stereo controls, but when they're not needed, the systems can disappear. That leaves more room in the cabin for usable space.

VW hopes similar technology will be ready for mass production within the next 10 years. The technology exists today, but it would make a Golf GTI much more expensive. Obviously, it would have to be scaled down to use in a car's center stack, or it could be incorporated for entertainment in the future in a self-driving car.

The Golf GTI Aurora is more than a one-trick pony, though. Based on a pre-production GTI TCR road car, it features a custom exterior body kit finished in Nardo Gray, Deep Black Pearl, and Mint Green. Inside, race mode data shows up on an extra display screen. There's also a dedicated toggle to open an exhaust flap for the race mode. Under the hood, the 2.0-liter turbo-4 engine makes a whopping 380 horsepower, thanks to a bigger turbocharger, modified air intakes, and a custom exhaust.

Perhaps the wildest fact is a group of VW apprentices built the concept Golf GTI in just eight months. Fans can see the concept at the Wörthersee Tour in Austria this week.