In the not too distant future, head-up display systems will be able to present a whole lot more than the tiny window of static information we're used to today.

The key is holographic augmented reality technology that has the potential to turn the entire windshield into a display, which could enable numerous possibilities, from showing you which turns to take on your selected route, the perfect racing line during track days, and even information about your location like nearby restaurants and tourist attractions.

A Swiss company by the name of WayRay is developing just such a system, and Hyundai, which together with Porsche, is an investor in the company, demonstrated a holographic augmented reality navigation system in a Genesis G80 concept on Tuesday in Las Vegas at the 2019 Consumer Electronics Show. Jaguar Land Rover showed a similar concept back in 2014.

The system shown in the G80 concept is designed for navigational features as well as those of electronic driver aids like lane departure and forward collision warning. Approach too closely to an object ahead and the object can be highlighted and additional visual warnings given. Crucially, the augmented reality aspect means the visuals are dynamic, meaning they can track moving objects. 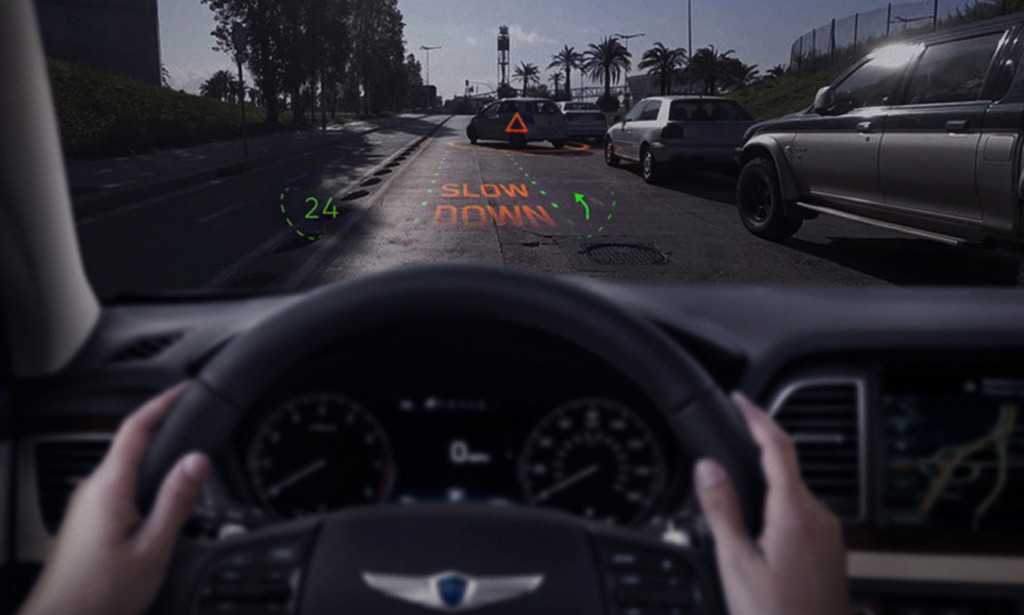 Hyundai isn't saying when we can expect a similar system in production, but the automaker says it is working closely with WayRay to expand holographic augmented reality technology to be able to highlight many more objects and integrate with more electronic driver aids. And further out, Hyundai says the technology will eventually integrate V2X (Vehicle to Everything) technology, so that much more info can be represented, such as data from traffic signals, surrounding vehicles, and road and weather conditions.