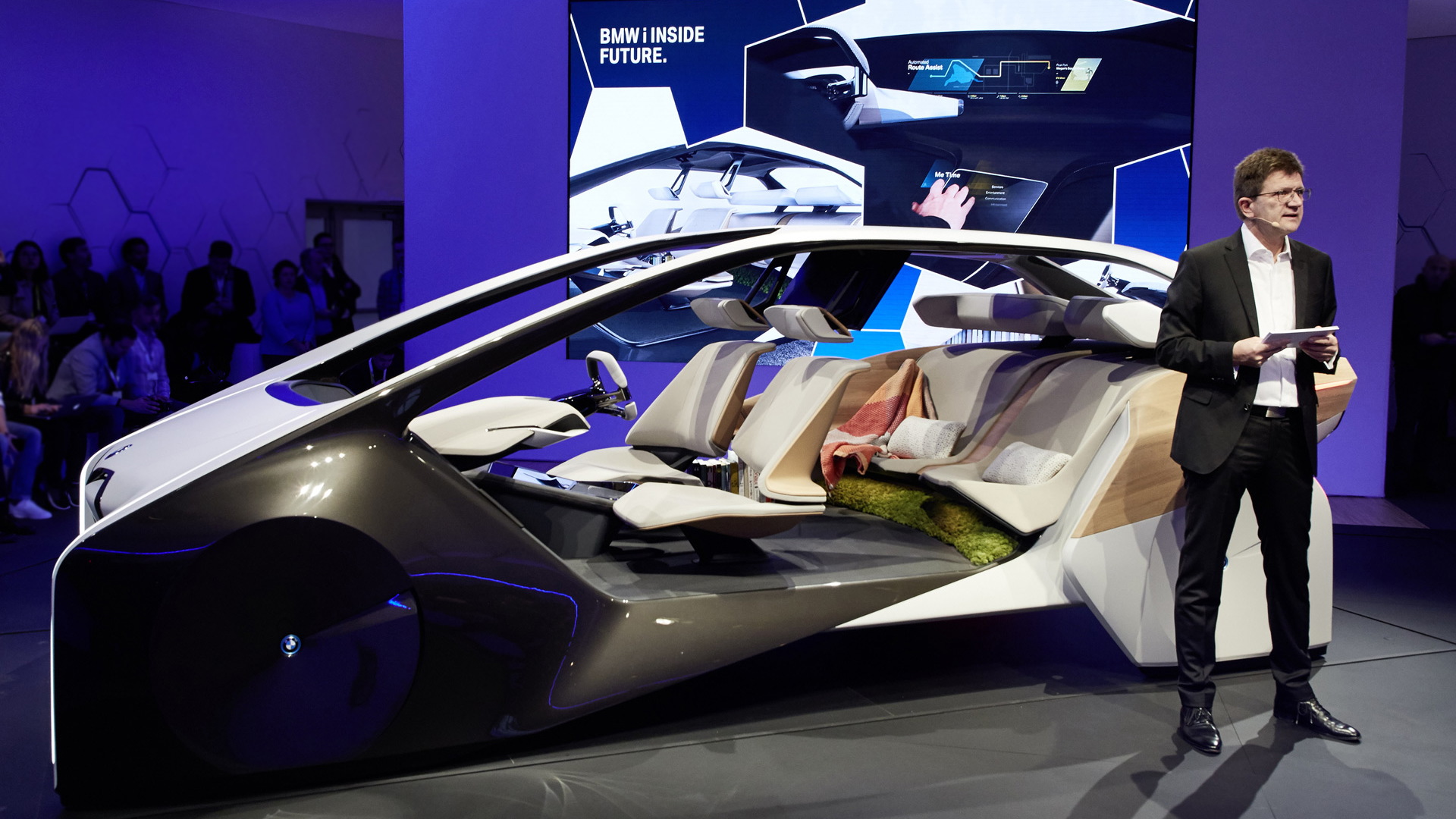 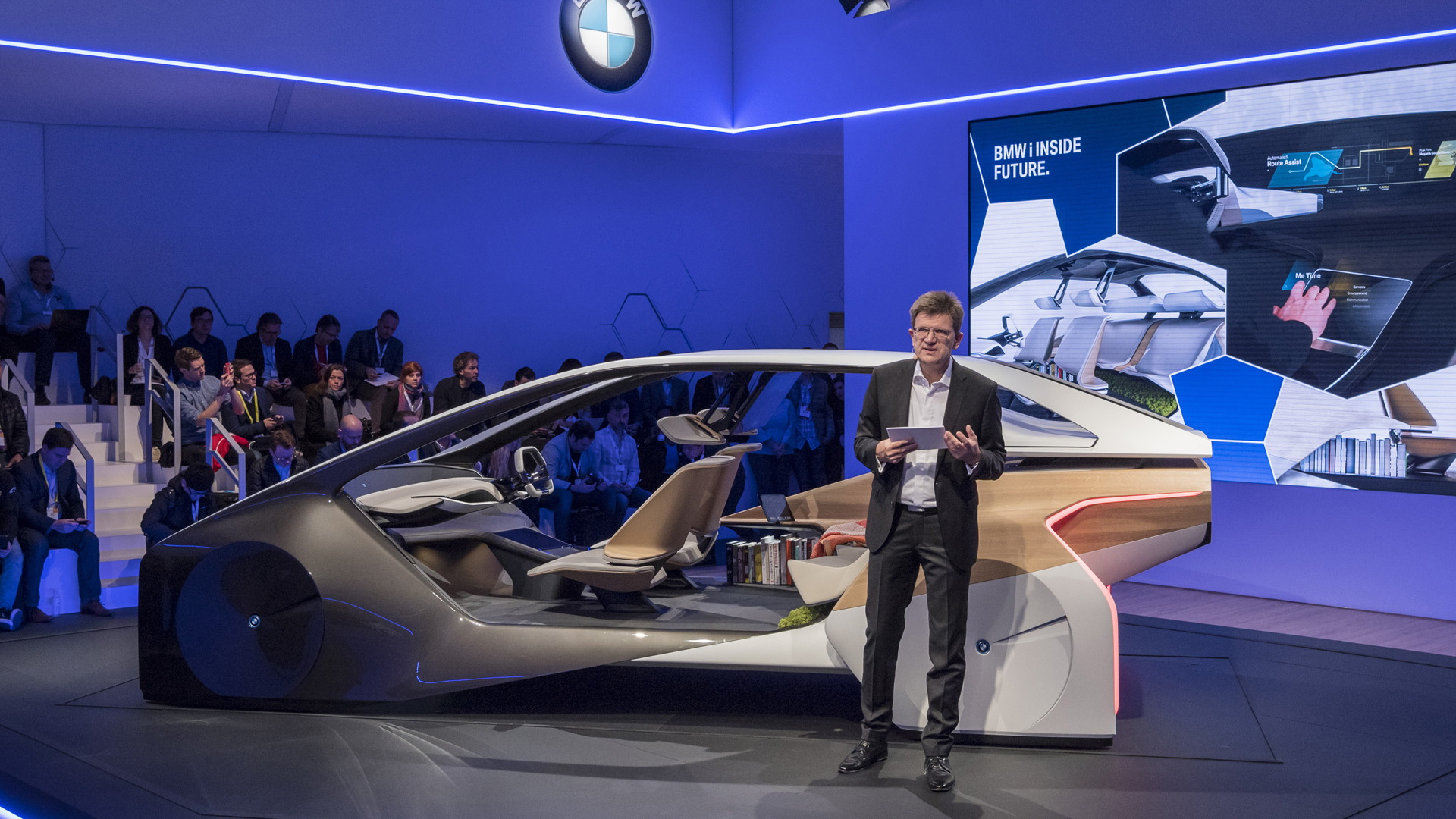 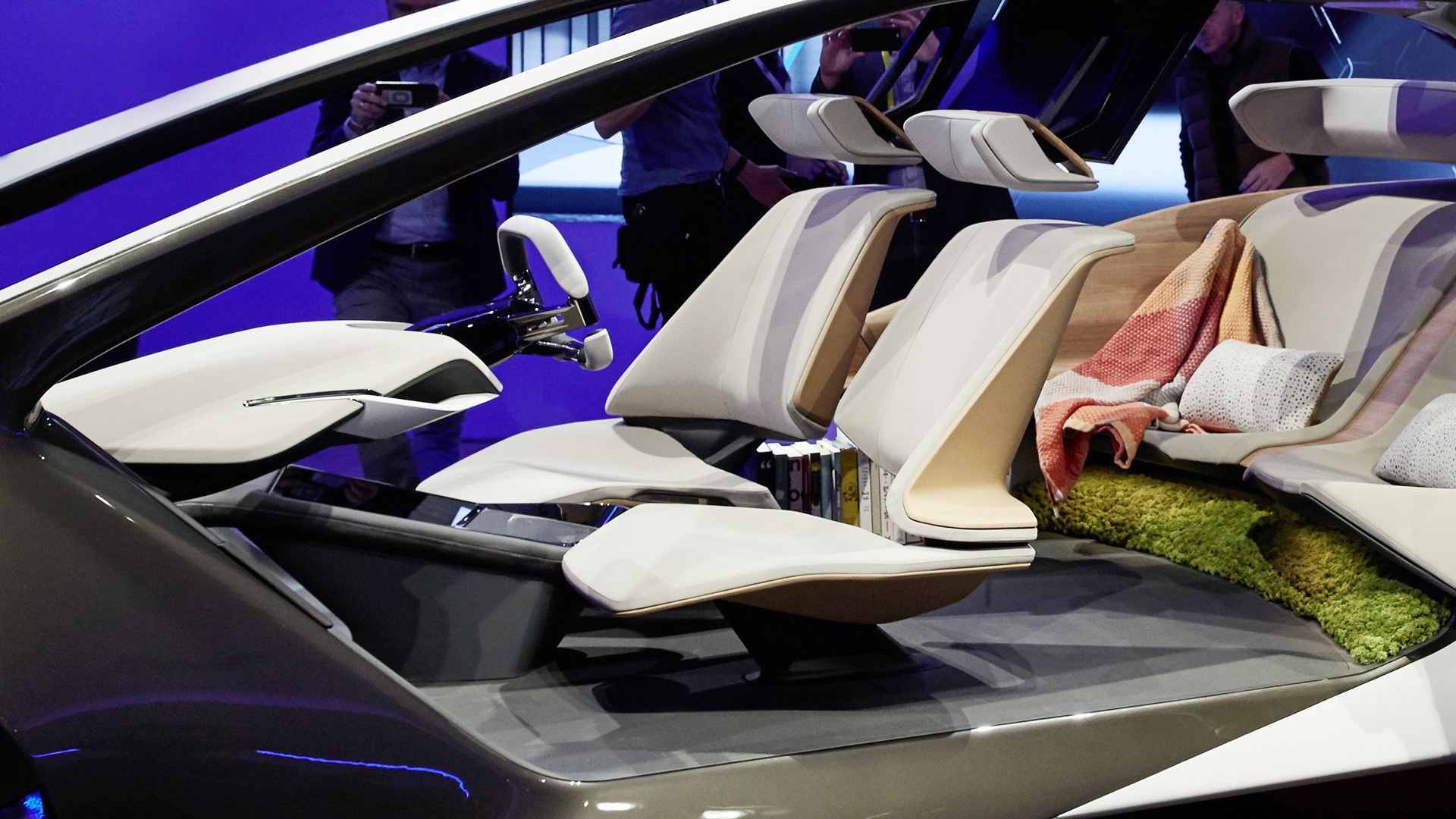 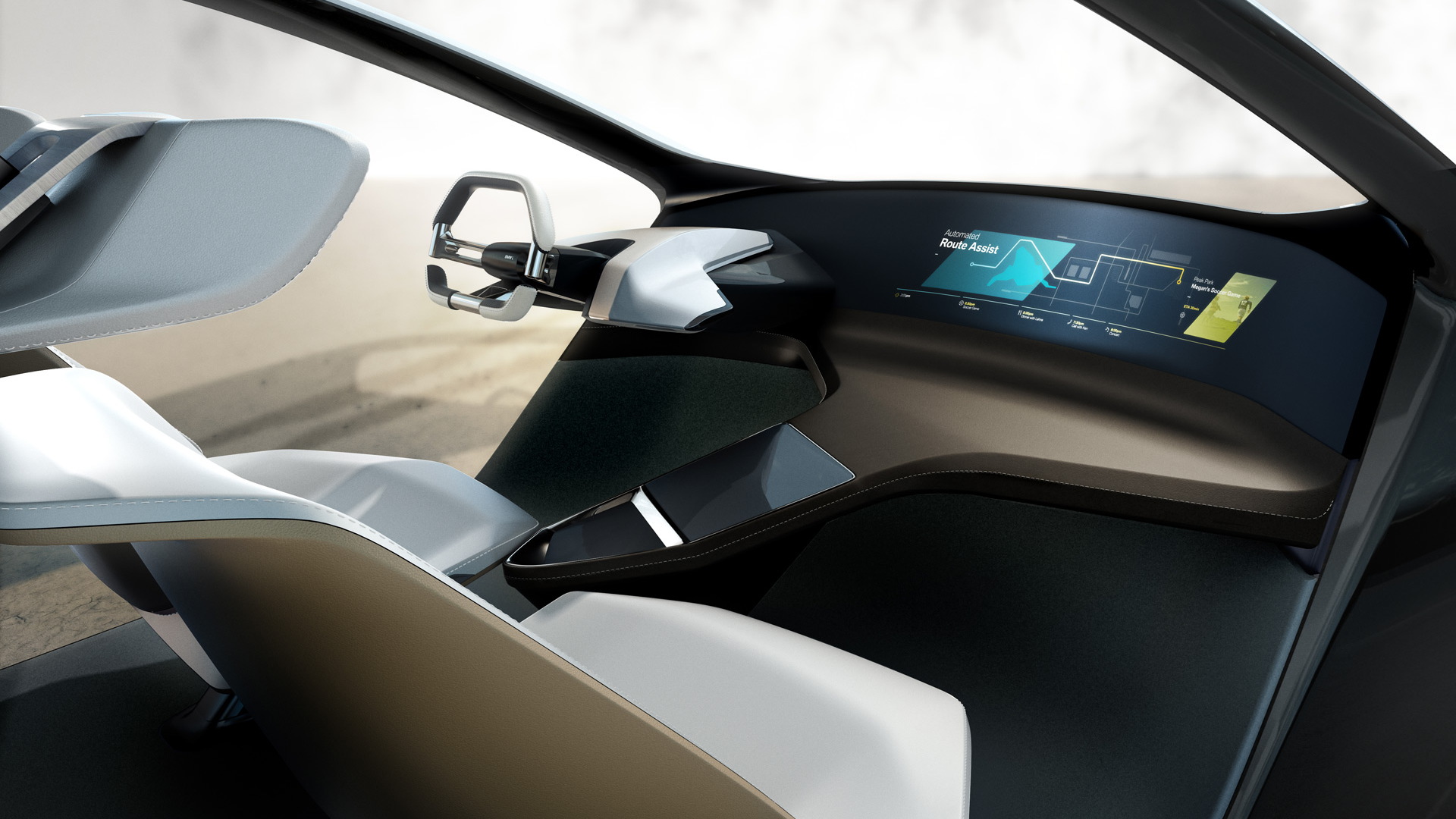 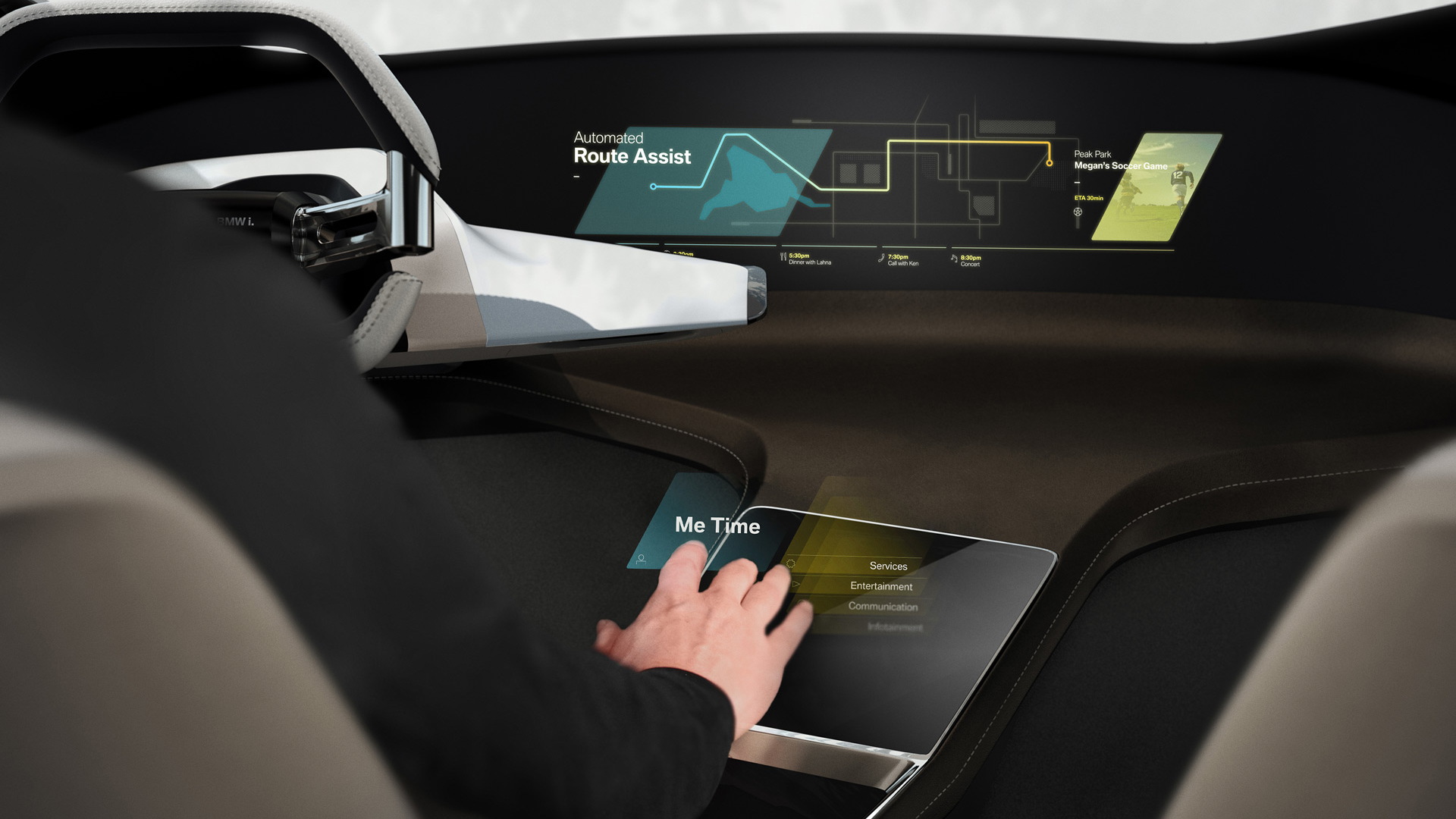 BMW is currently leading the way when it comes to in-car technology with its Gesture Control system that debuted on the 2016 7-Series. The system allows you to make basic commands by simply waving a finger.

At the 2016 Consumer Electronics Show, BMW showed an evolved version of the system called AirTouch, which acts more like the screen of your smartphone—but without requiring you to actually make contact with any surface. The commands are simply made in the air and various sensors pick up what your hand is doing.

On Wednesday, at the 2017 CES, BMW previewed an even more advanced gesture control system called HoloActive Touch. The system was previewed in the i Inside Future concept, which is essentially a showcase of what BMW thinks is possible for car interiors in a world where driving is optional.

HoloActive Touch combines the previous AirTouch system with a hologram display. The display, which normally presents a series of virtual menu options, is generated just above the center console by clever use of reflections. With it, the driver can control typical vehicle functions such as the climate system, communication, infotainment and navigation.

The driver can enter commands by interacting with the hologram display using hand movements. A camera detects the hand movements and registers the position of fingertips, in particular. As soon as a fingertip makes contact with one of the virtual menu options, a pulse is emitted and the relevant action is activated. BMW says the driver even perceives tactile feedback via ultrasound, so that he or she will know an action has been made.

The i Inside Future concept also integrates a new connectivity feature called the Open Mobility Cloud. This feature offers digital services designed for a world of self-driving cars. One such feature will provide access to wide-ranging information about places or buildings along the given route. The information can be selected using augmented gesture control, where all the driver has to do is point at a particular building. Another feature is online shopping, with some retailers, such as Amazon, even prepared to make en-route deliveries.

In addition to this, the concept features voice-controlled digital assistant, similar to what’s already found on PCs and smartphones. BMW’s digital assistant is based on Microsoft’s Cortana technology. This means that the voice-controlled capabilities already offered by Cortana could in future also be available on board a BMW. Possible functions could be restaurant recommendations and table reservations, as well as appointment reminders.

Another technology presented by BMW at CES is the Connected Window. This is a large, interactive digital screen in your home that connects with the Open Mobility Cloud. It’s part of BMW’s holistic view for connected technology, from the car to the smartphone to the home.

With the Connected Window, a user can fully plan their trip, once again using gesture control. For example, the user could make or check appointments, access the latest traffic info, and then plan routes accordingly.