The Audi TT Safari isn't a toy, it's a real-life machine the brand showed off at this year's Wörthersee GTI car meet in Austria. Might we add, it looks awesome.

Social media posts from Audi about the car's debut, translated from German, claim the TT Safari boasts new fender flares to house massive off-road tires, a re-imagined grille ready for the unbeaten path, off-road lights in the grille, and a storage center located where the rear window would be for spare tires. Basically, the rear looks like Audi decided to carve out an area similar to a pickup truck—and that's really cool in our books. 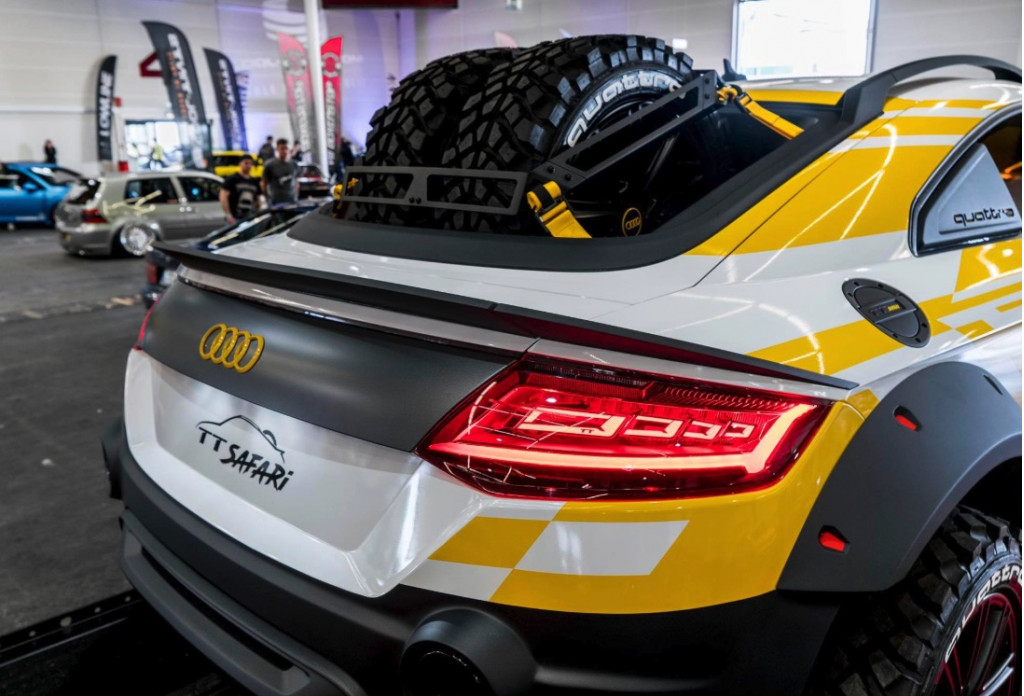 The entire car is also wrapped in a black, yellow, white, and red livery that would look even better with some dirt and mud splashed all over it.

Inside, the same yellow cues can be found. The steering wheel, seats, accent stitching, and other bits of trim sport the same bright yellow hue. A closer look reveals a yellow-tinted windshield, purely for cosmetic effect. It's not very functional, but it does look pretty cool.

The fun concept has zero shot at making it past this full-scale concept stage. Audi recently confirmed the current TT would reach the end of the line soon. Instead, an electric spiritual successor of sorts will take its place in the future. It's not clear if the electric car will be another sports car or embody the TT in another way. Nevertheless, we dig the TT Safari concept. A lot.

The Wörthersee GTI meet wraps up on Saturday.