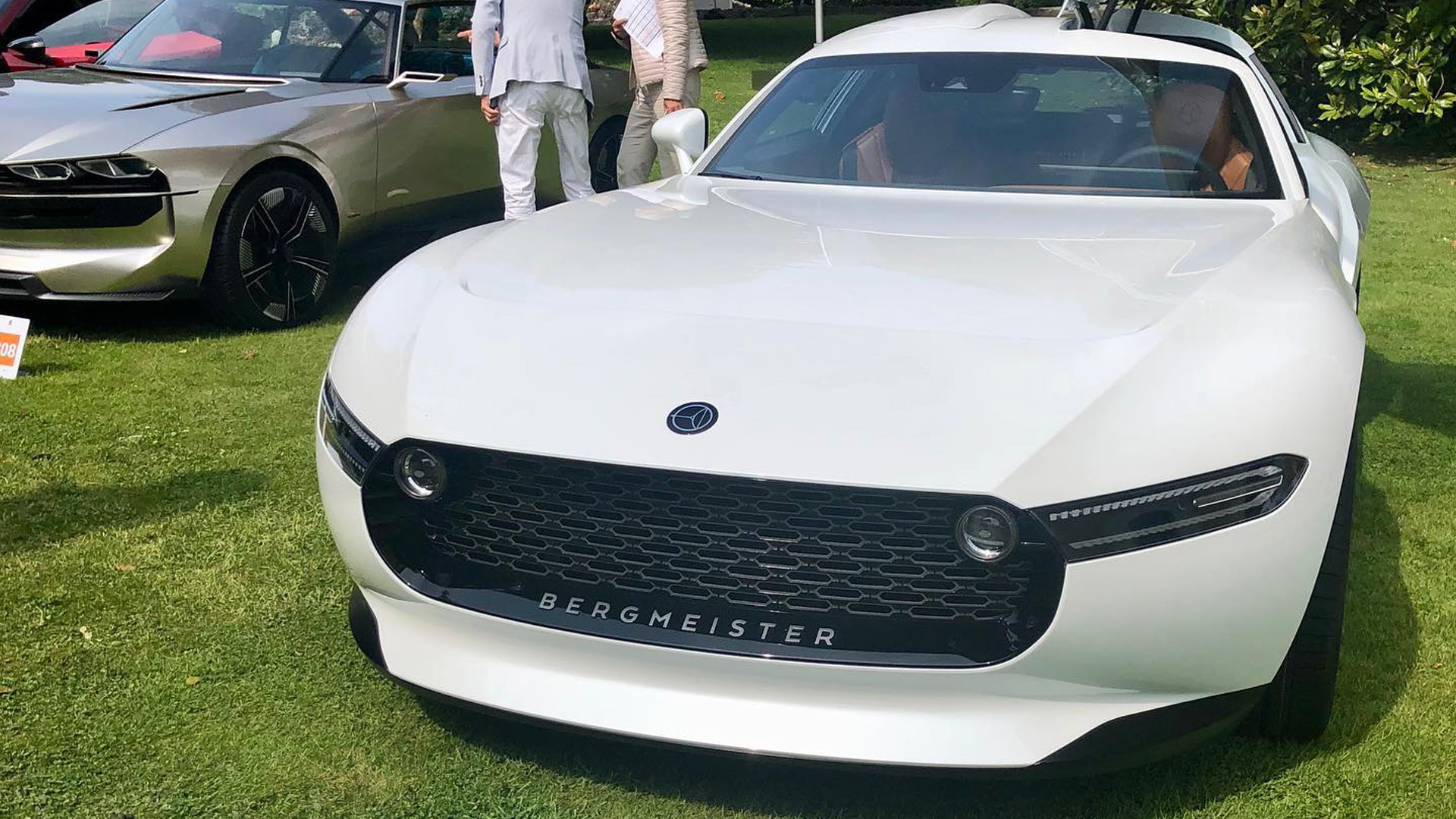 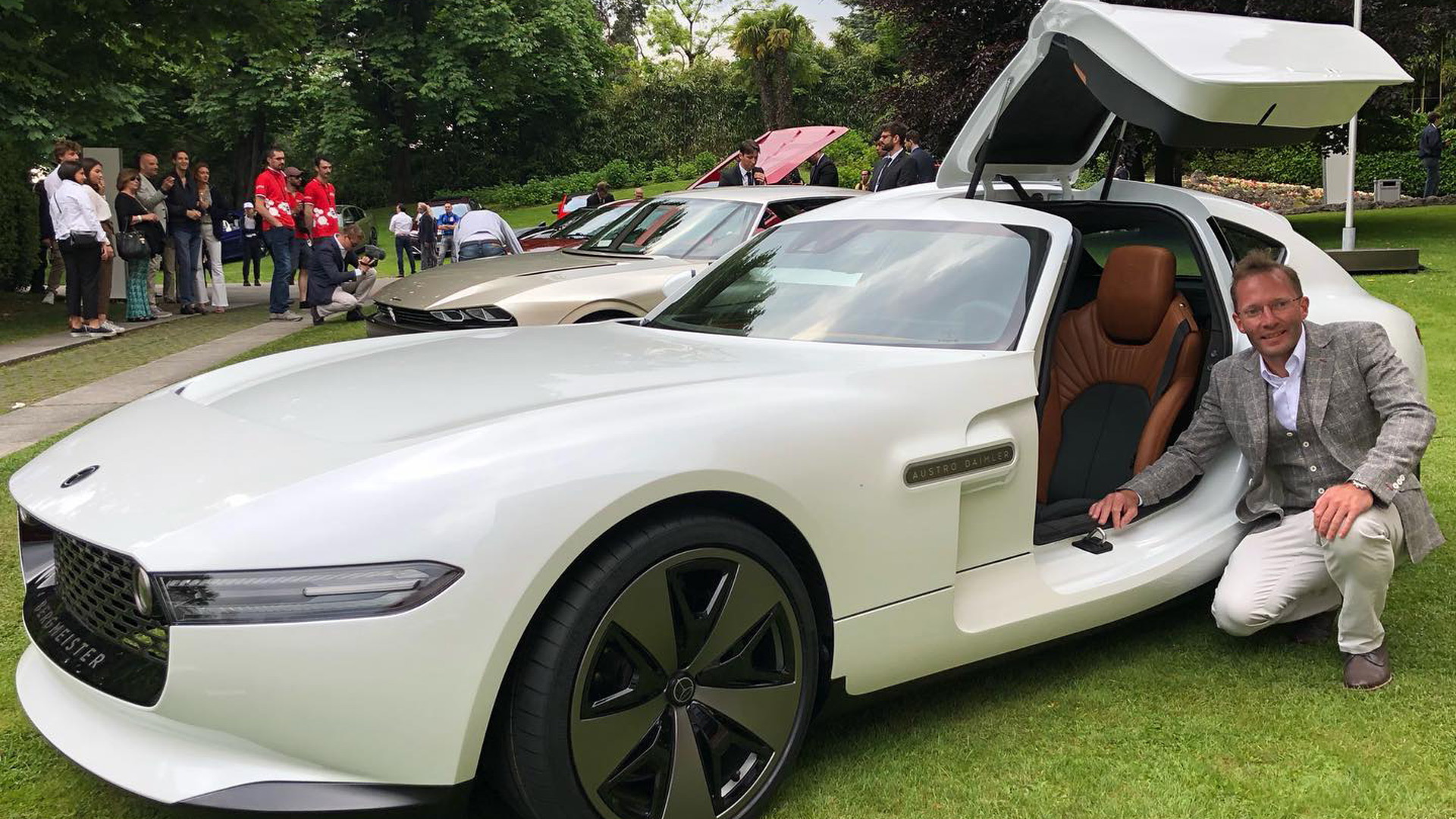 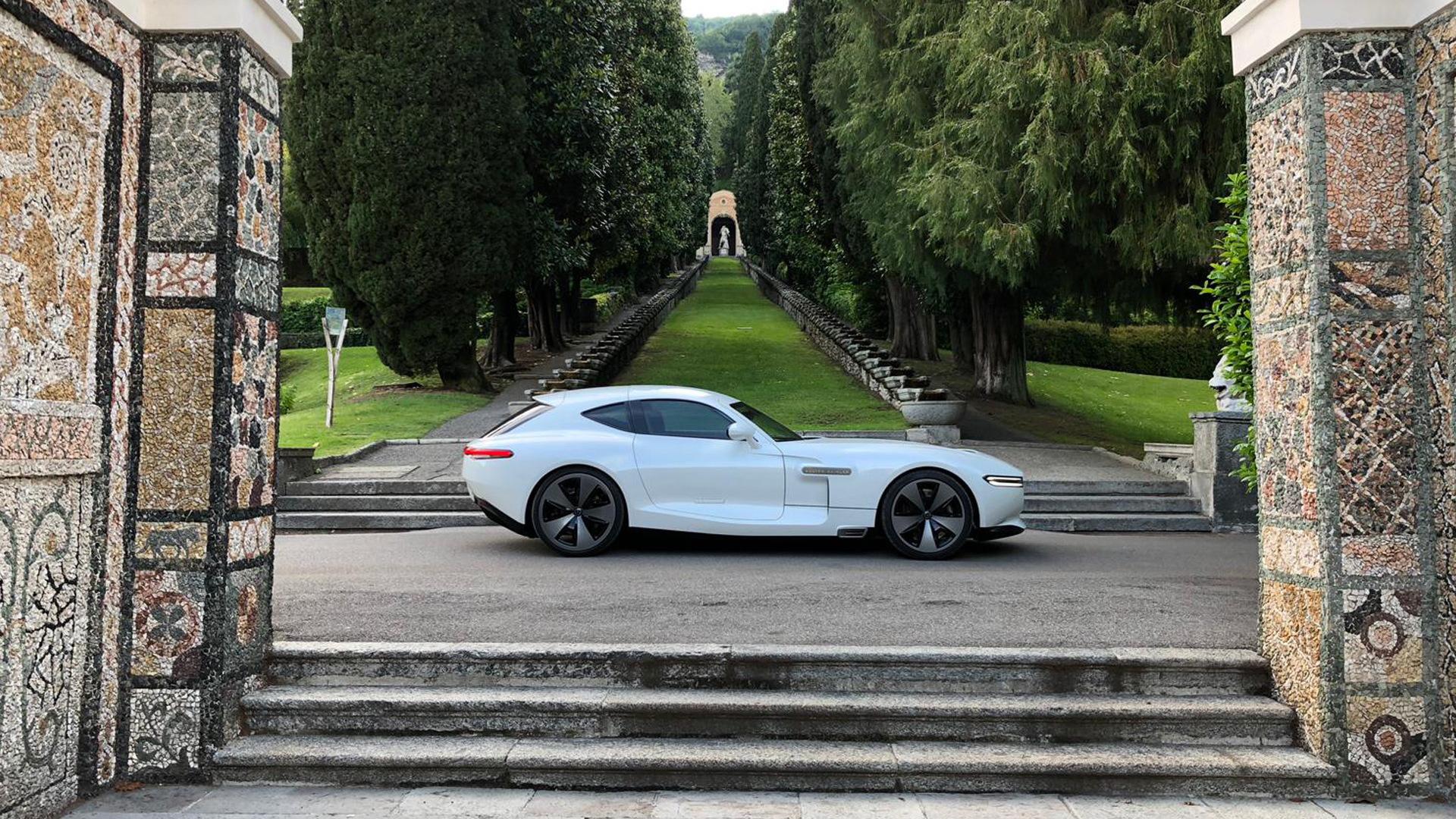 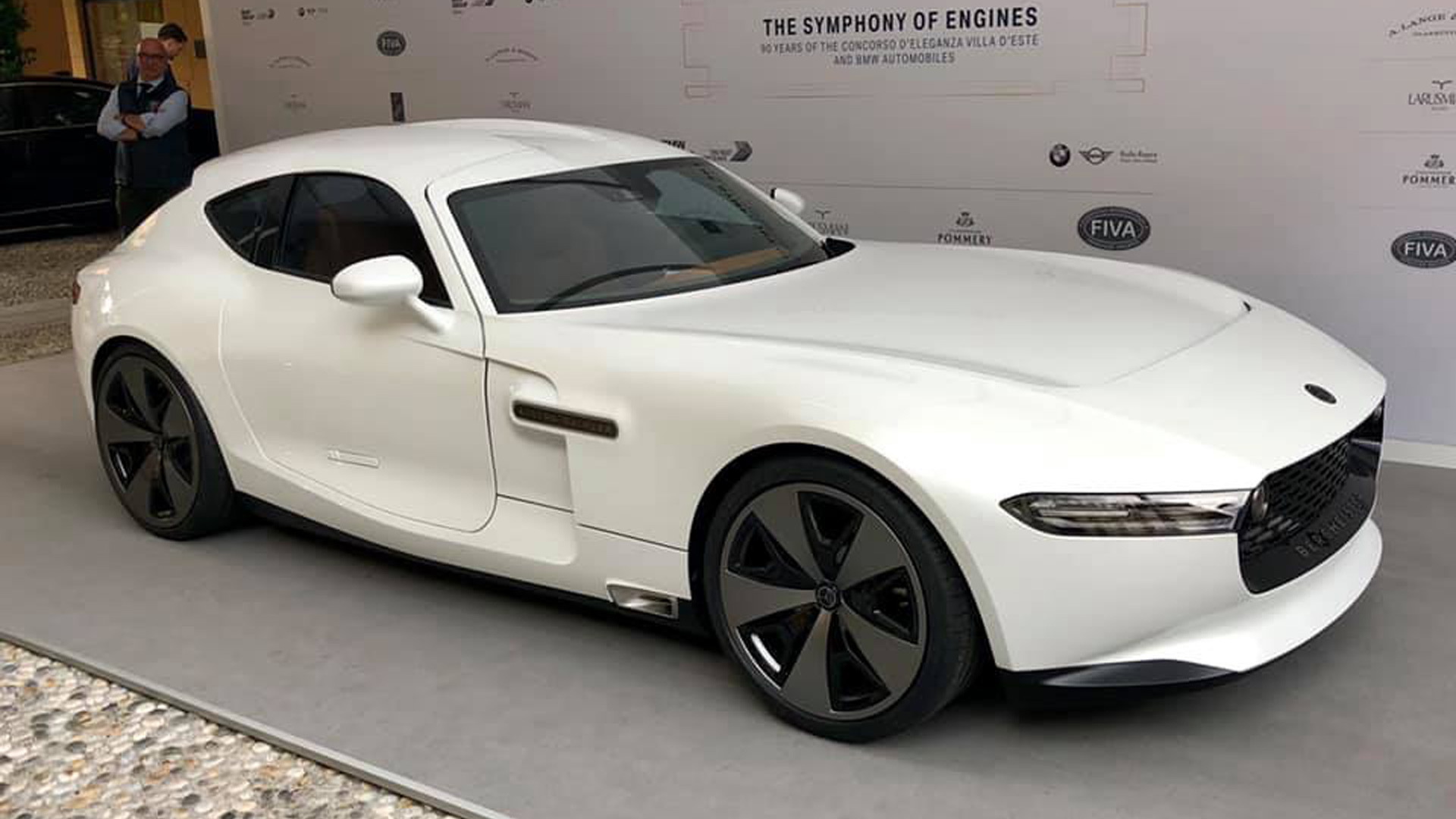 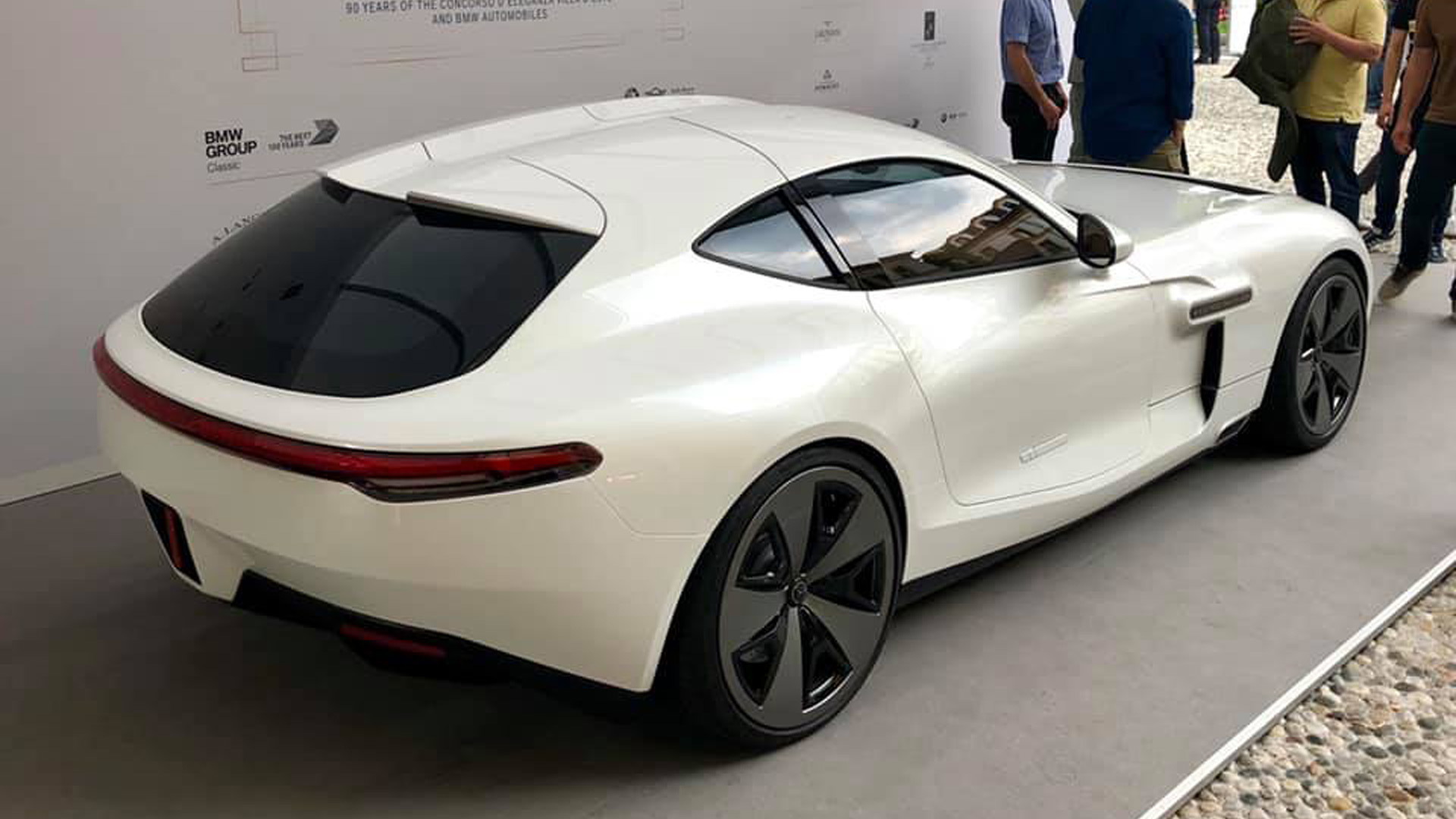 Austro Daimler was an Austrian automaker that came out with a number of cars in the early 20th century, some of them engineered by Ferdinand Porsche. One of the company's last cars before it was merged with Steyr-Daimler-Puch in 1934, and the Austro Daimler name dissolved, was a sports car called the Bergmeister.

Fast forward to today and an Austrian by the name of Roland Stagl has built a modern take on the Bergmeister, based on the bones of a donor Mercedes-AMG GT. The modern example, referred to as the Bergmeister ADR 630 Shooting Grand, is a hybrid with gullwing doors, and it was shown for the first time during May's Concorso d’Eleganza Villa d’Este in Italy.

Stagl is a keen fan of the brand and even helped establish an Austro Daimler club in his native Austria aimed at preserving and maintaining original Austro Daimler cars. He had also been designing a modern example since at least 2002, though it wasn't until 2018 when another Austrian fan provided the funding to build the car.

The Bergmeister ADR 630 Shooting Grand is hardly just a GT with a new body. In addition to the gullwing doors, which feature handles borrowed from a Mercedes-Benz SLS AMG, the car boasts a completely redesigned interior and a powerful plug-in hybrid powertrain.

The powertrain combines the donor GT's 4.0-liter twin-turbocharged V-8 with a trio of electric motors for a combined output of 1,198 horsepower and 1,180 pound-feet of torque. The bulk is derived from the electric motors, each of which delivers a peak 271 horsepower, and providing charge is a 55-kilowatt lithium-ion battery. The battery sits in the area normally reserved for the GT's trunk, so a shooting brake body was designed to provide storage in the Bergmeister ADR 630 Shooting Grand.

On electric power alone, the car should be able to cover about 150 miles, and with all power sources working, the car is claimed to hit 62 mph in 2.5 seconds and top out somewhere over 200 mph.

In an interview with Roadshow at the car's Villa d’Este reveal, Roland Stagl said the powertrain was developed by a Swiss firm involved with the Formula E Championship.

For more coverage on the recent Villa d’Este concours, head to our dedicated hub.