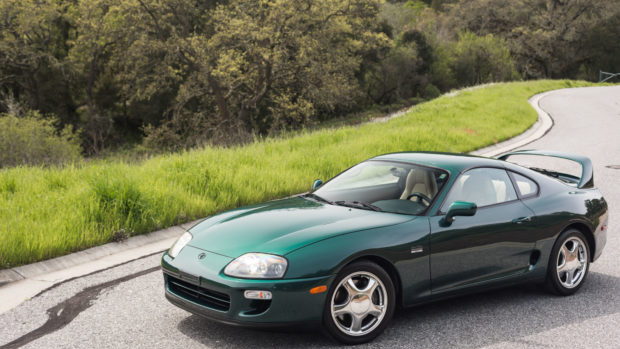 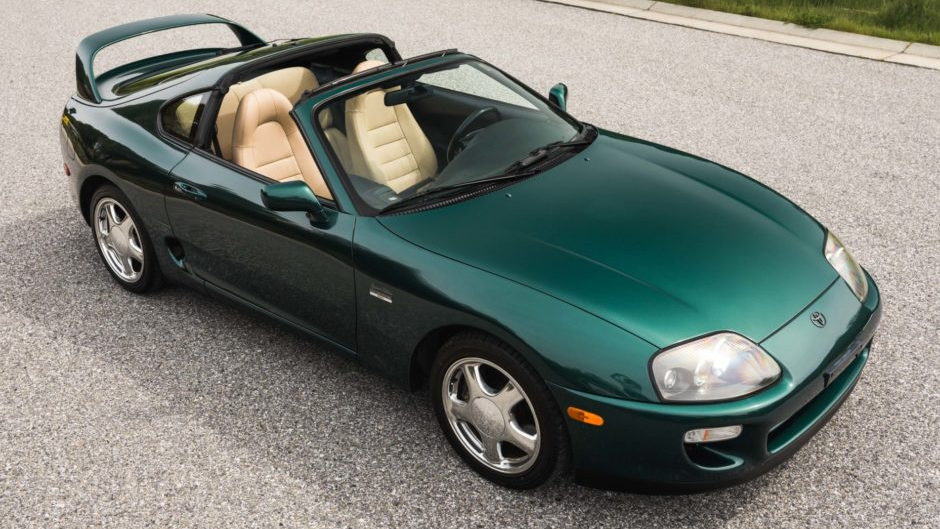 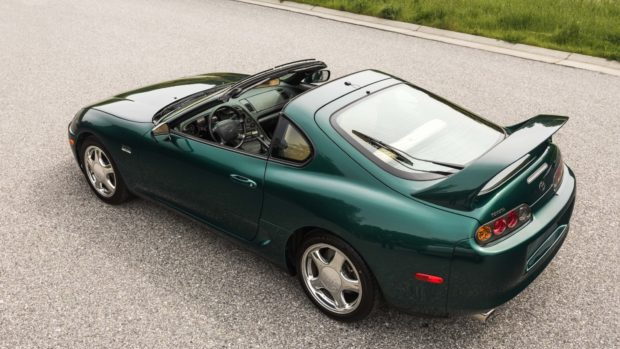 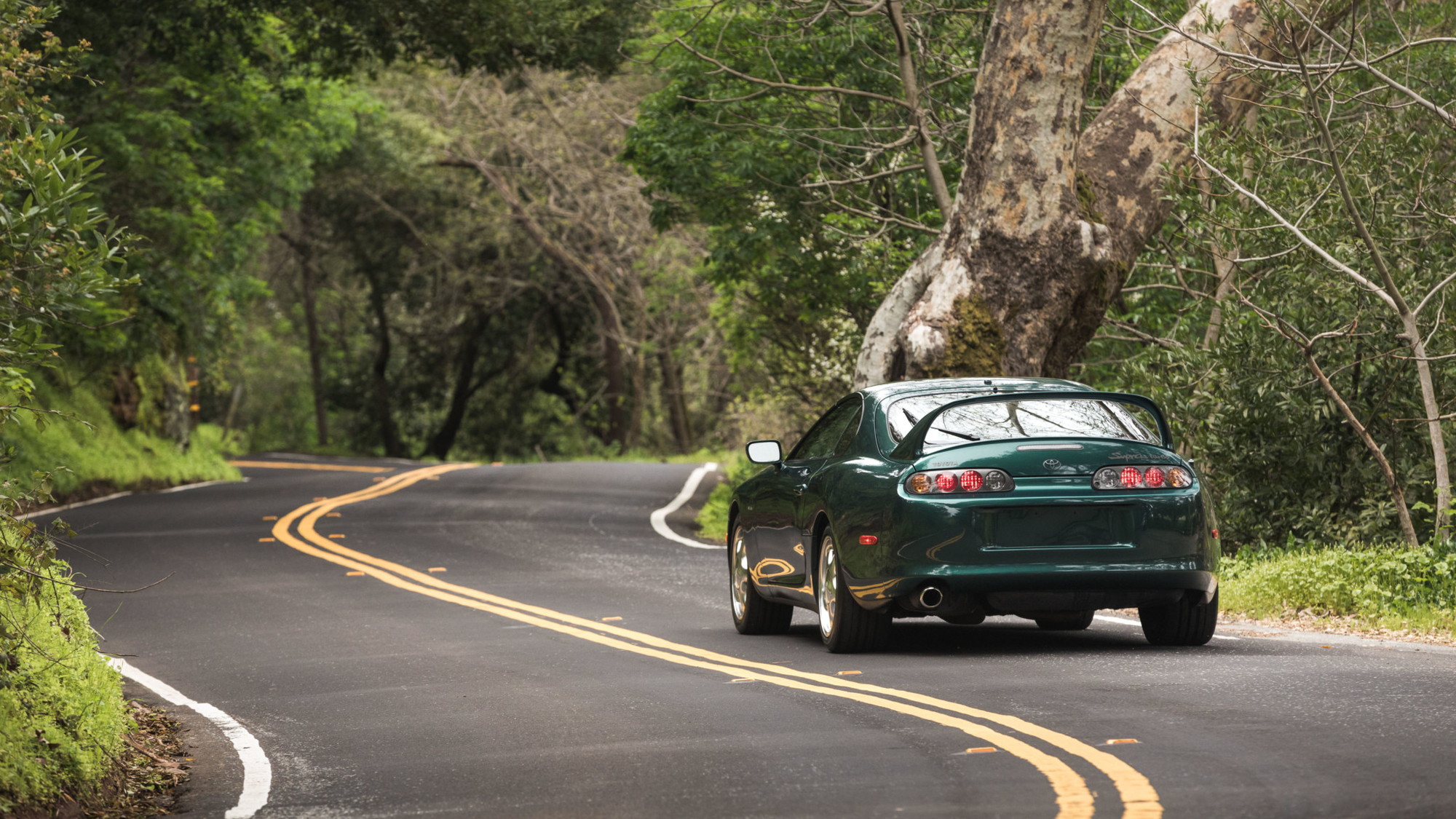 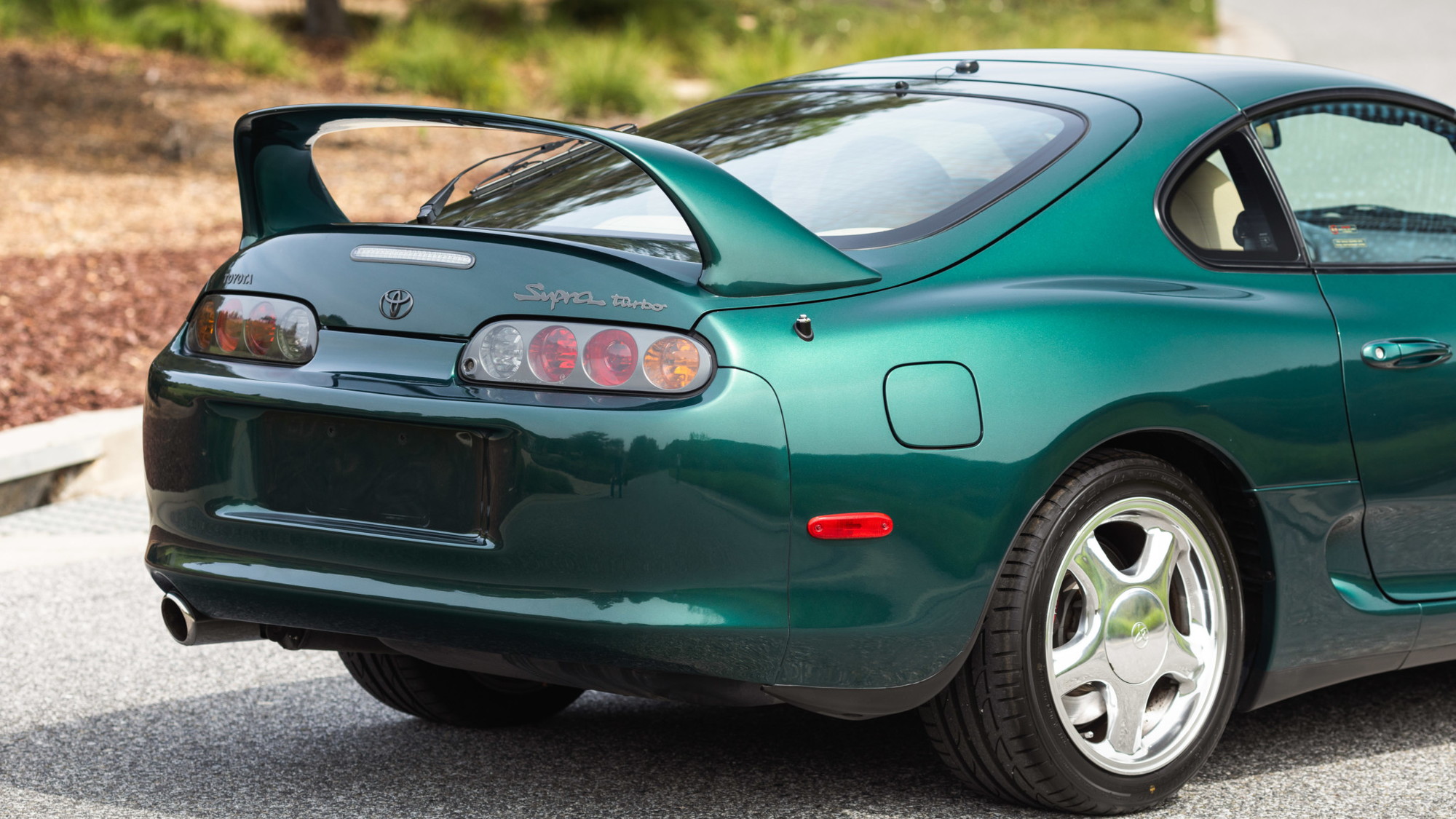 We've watched fourth-generation Toyota Supras become cash cows as enthusiasts clamor for low-mileage and preserved examples in the past few years. The latest is this one-owner 1997 Toyota Supra Turbo with only 62,500 miles.

Offered for sale on Bring a Trailer, the car wears a lovely Deep Jewel Green Pearl exterior color over ivory leather interior. From the photos, this appears to be a 15th-anniversary edition Supra with special badges. That the Supra's only had one owner, a spotless CarFax report, and low mileage won't necessarily push the car's price into the lower stratosphere—its 6-speed manual transmission might, though.

1997 Toyota Supra Turbo for sale on Bring a Trailer

Supras fitted with a manual transmission command big money today. In this case, the 3.0-liter twin-turbocharged inline-6 engine sends power to the 6-speed manual before it heads to the rear wheels. When new, the car made 320 horsepower and 315 pound-feet of torque. Last year, the Supra underwent service that included new spark plugs. In 2010, the car received a new timing belt, serpentine belt, and a water pump.

Like any car 20 years old, there are minor blemishes in the paintwork, and there's a hole in the passenger-side floormat. The seller also described oil weeping at valve cover and oil pan gasket. Yet, these are all minor things that haven't turned off buyers from bidding up to $60,000 on the car so far. When new, this Supra cost $40,320. Today, adjusted for inflation, that's about $74,000. This car is well on its way to appreciating well past its original value.

1997 Toyota Supra Turbo for sale on Bring a Trailer

We have a good feeling the bidding will go even higher, too. Earlier this year, a 1994 Supra Turbo sold for $173,600, though it only showed 11,200 miles on the odometer. Nevertheless, pristine Supras are hard to come by, and this is surely one of them.