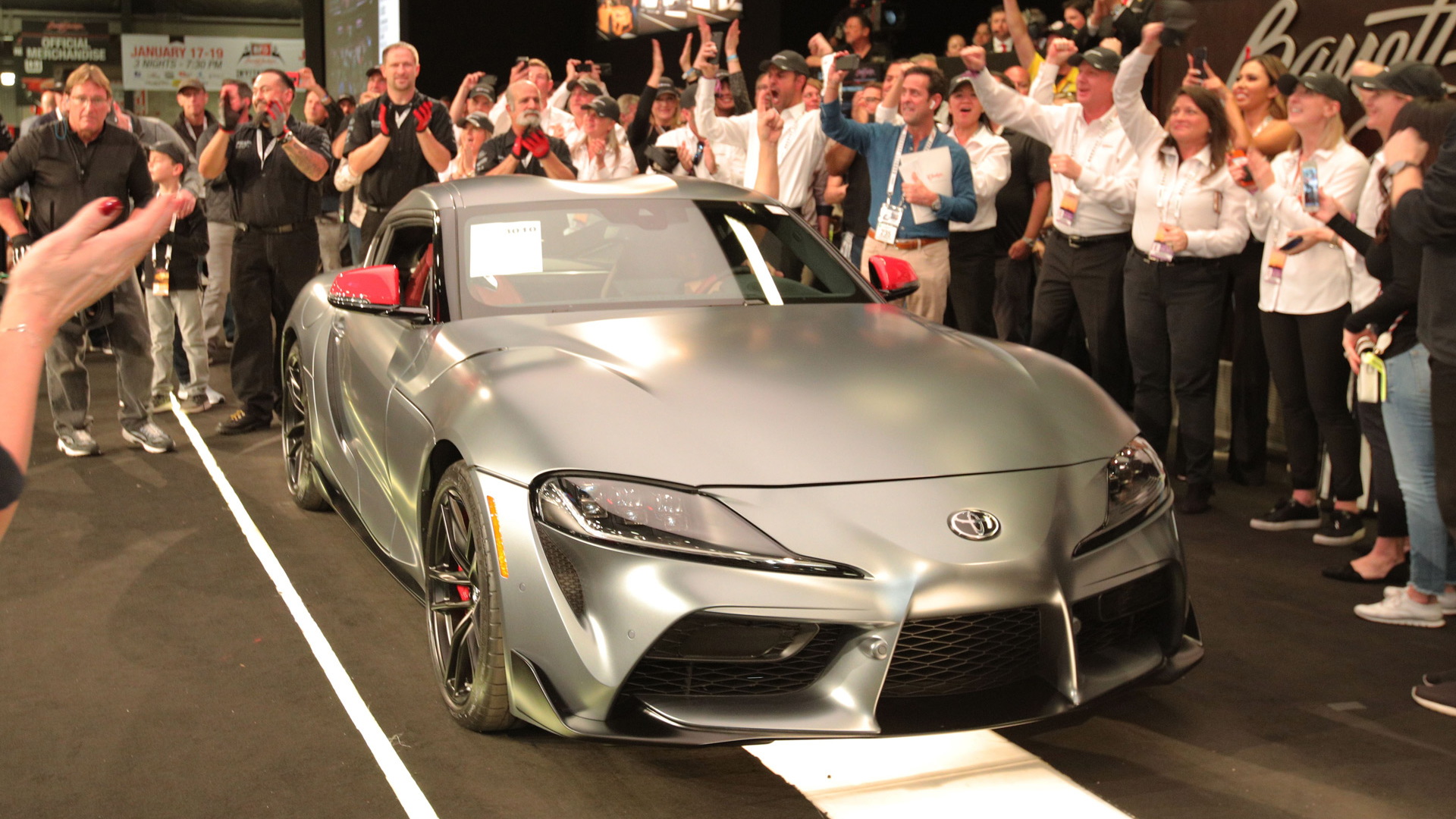 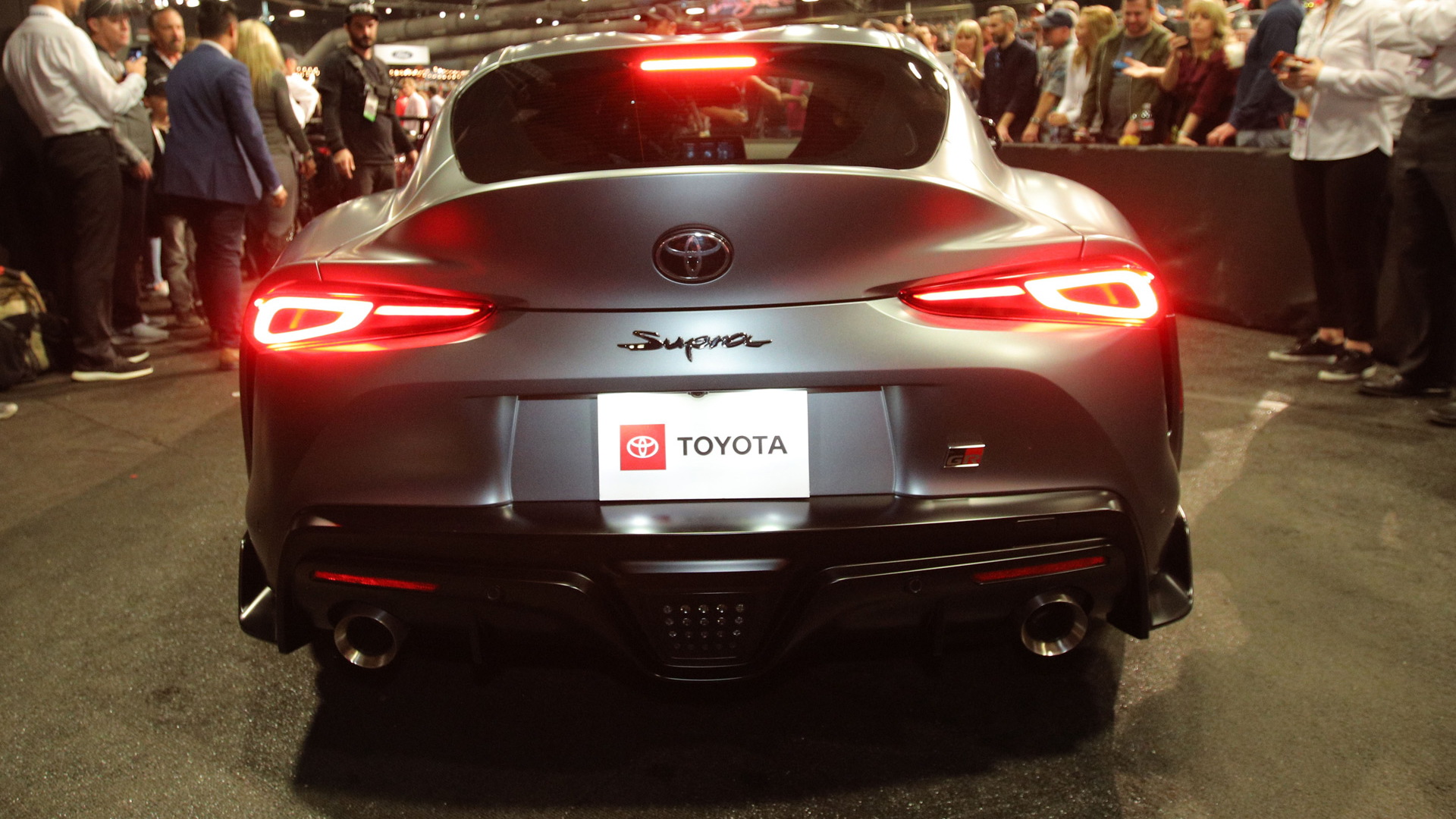 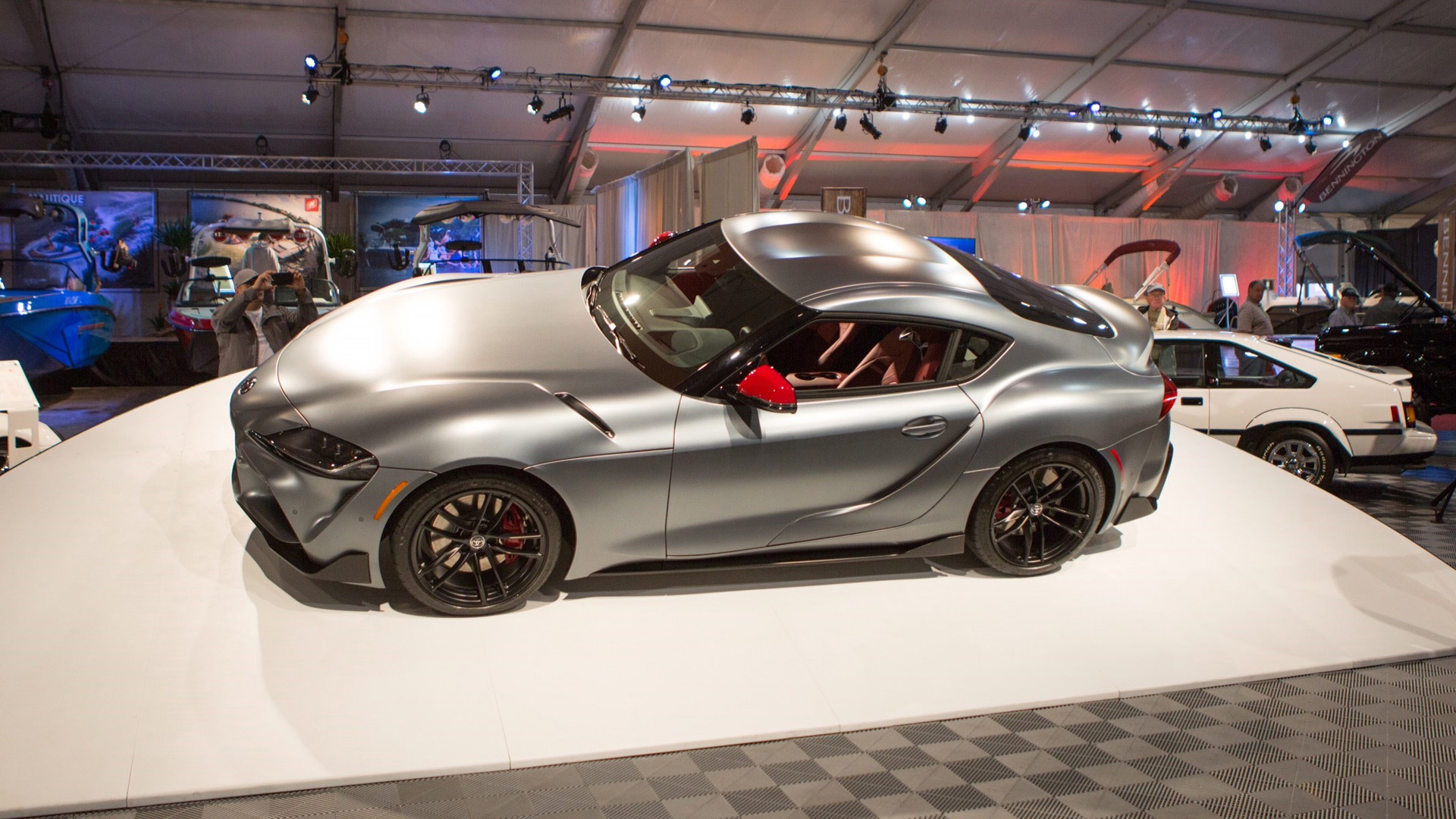 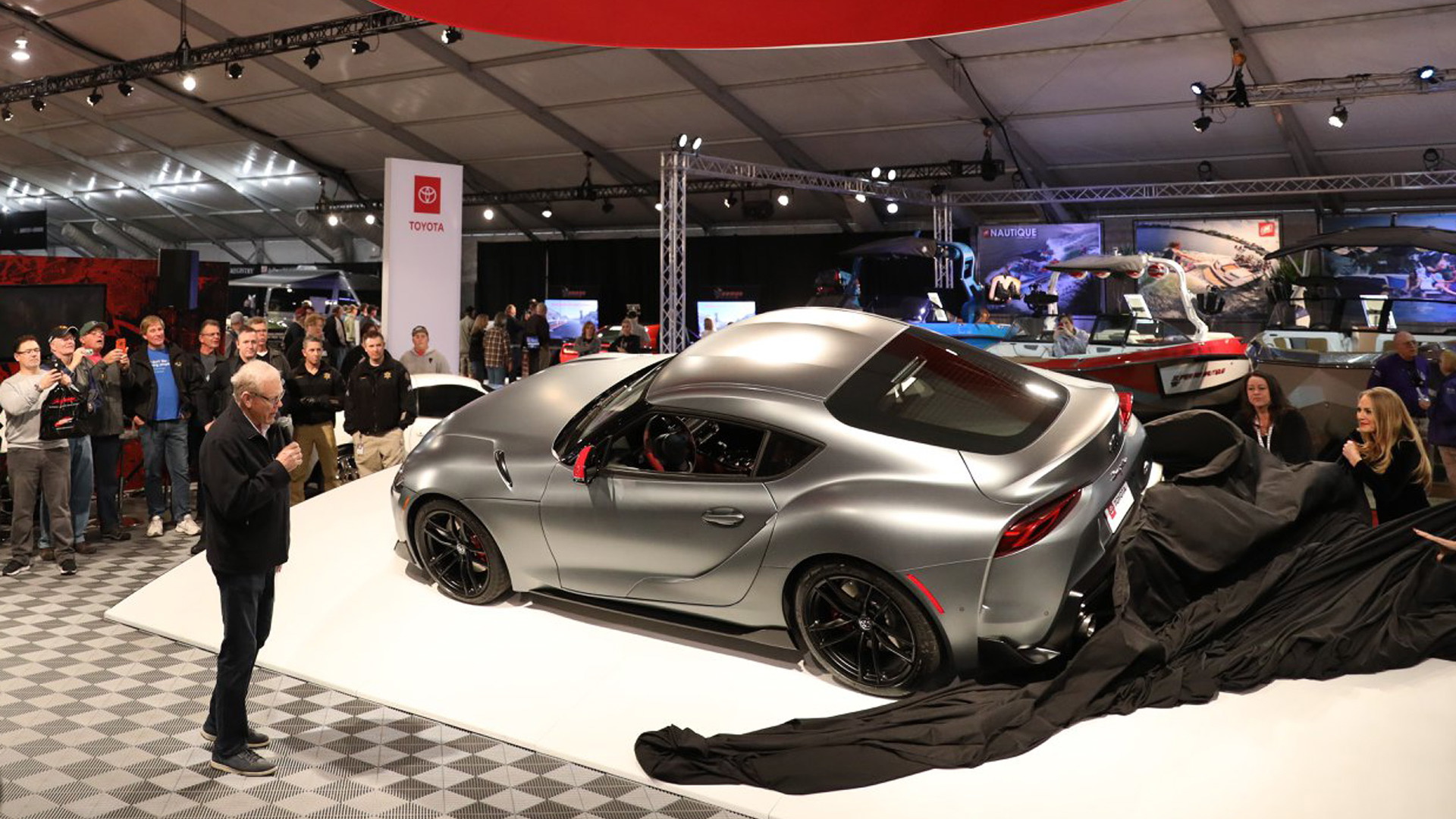 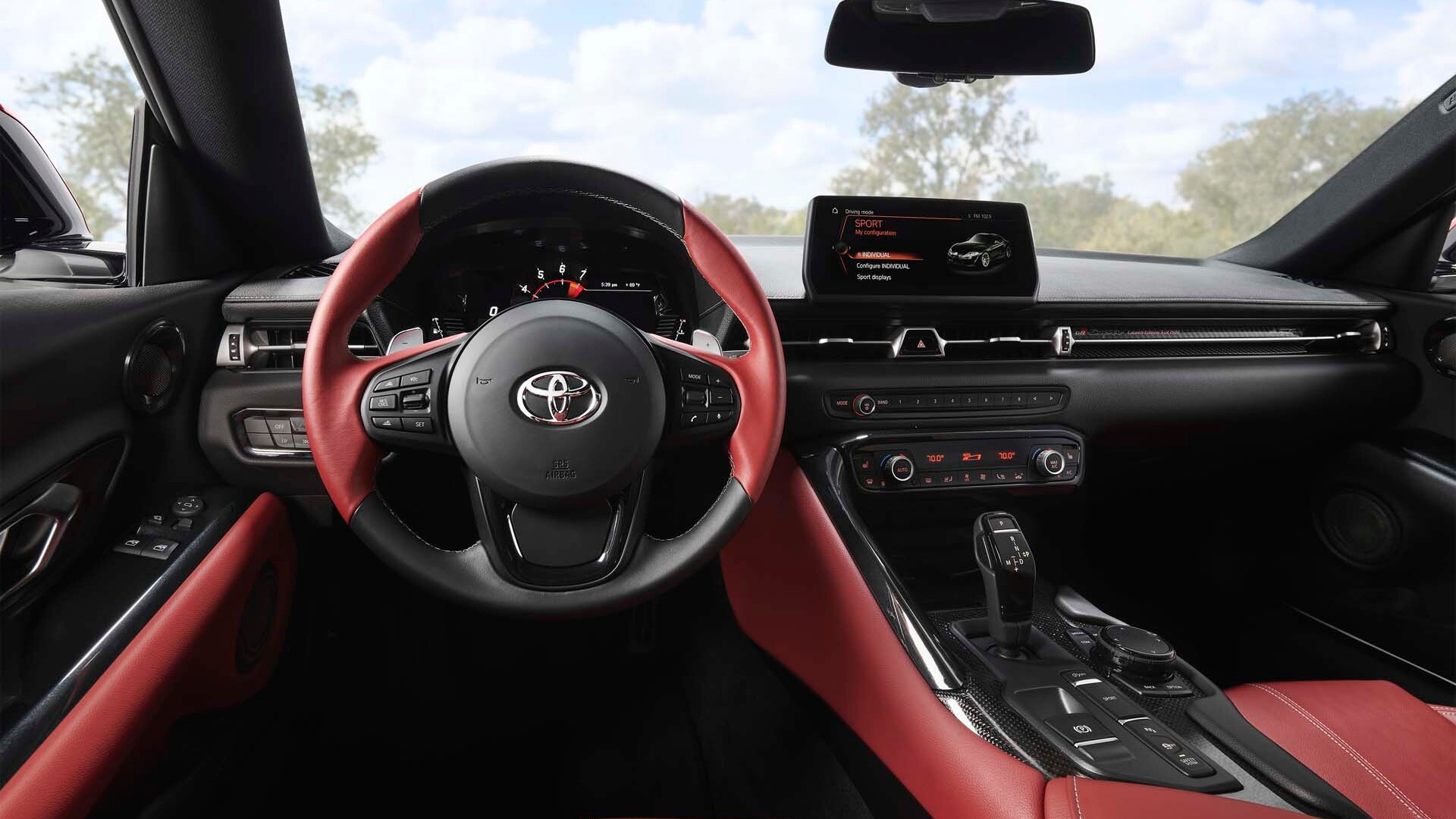 Toyota only unveiled its long-awaited 2020 Supra sports car a week ago at the 2019 North American International Auto Show in Detroit. And while the reborn sports car isn't due in showrooms until the summer, the first retail example has already been sold.

Toyota offered up the first retail example of its 2020 Supra on Saturday at Barrett-Jackson's annual auction in Scottsdale, Arizona, and the final bid came in at a staggering $2.1 million

This was a charity auction, with all proceeds to be shared by the American Heart Association and the Bob Woodruff Foundation. And in addition to helping the worthy causes, the winner bidder also receives a VIP track day experience that includes a personalized racing suit and VIP passes and hot passes to the Toyota Owners 400 NASCAR round at Richmond Raceway. They will also get a chance to drive the pace car and do hot laps with Michael Waltrip.

The first Supra features a few special touches highlighting its significance, including a special VIN ending in 20201. The car comes with a matte gray exterior, matte black wheels, red side mirror caps, a red leather interior, and a carbon fiber dash plaque indicating its status as the first 2020 Supra.

As previously reported, the new Supra represents the fifth generation of the nameplate. This time, though, the car has been developed on the platform found in BMW's latest Z4. The Supra also shares powertrains and a production site in Austria with the Z4, but it doesn't get the BMW's convertible roof.

While Toyota is planning multiple powertrains for its new Supra, only one has been announced thus far: a 3.0-liter turbocharged inline-6 delivering 335 horsepower and 365 pound-feet of torque. It's mated to an 8-speed automatic and will spirit the Supra to 60 mph in 4.1 seconds.

Pricing starts at $49,990 and the first 1,500 build slots—1,499 now—is reserved for a slightly pricier Launch Edition. A more affordable version with an inline-4 is expected to be launched at a later date. The 2.0-liter mill is already available in other markets where it is rated at 255 hp.

The Supra wasn't the only car fetching big numbers at the Barrett-Jackson auction. The first 2019 Ford GT Heritage and the first 2020 Ford Mustang Shelby GT500 managed $2.5 million and $1.1 million in their own respective charity sales.