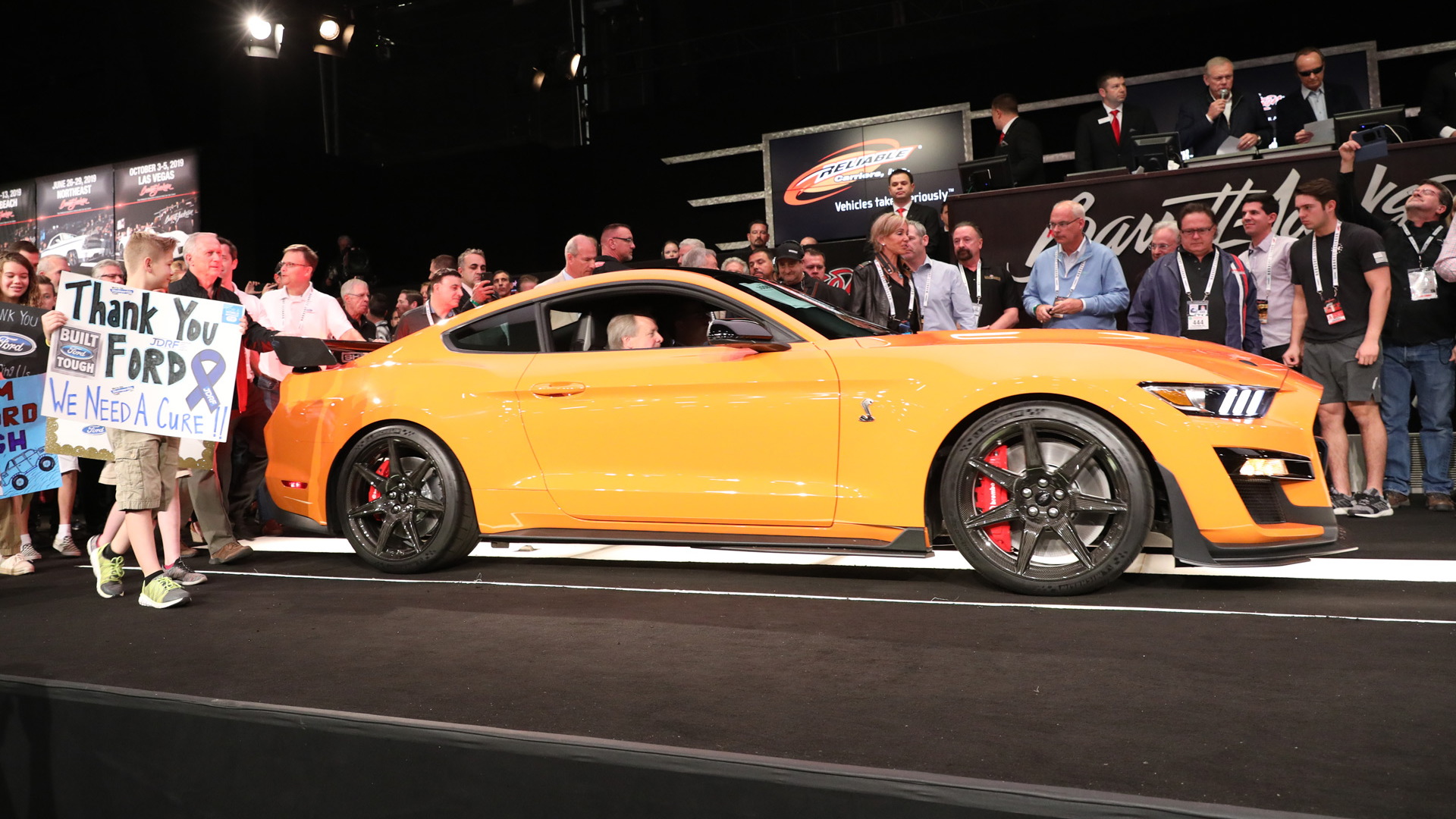 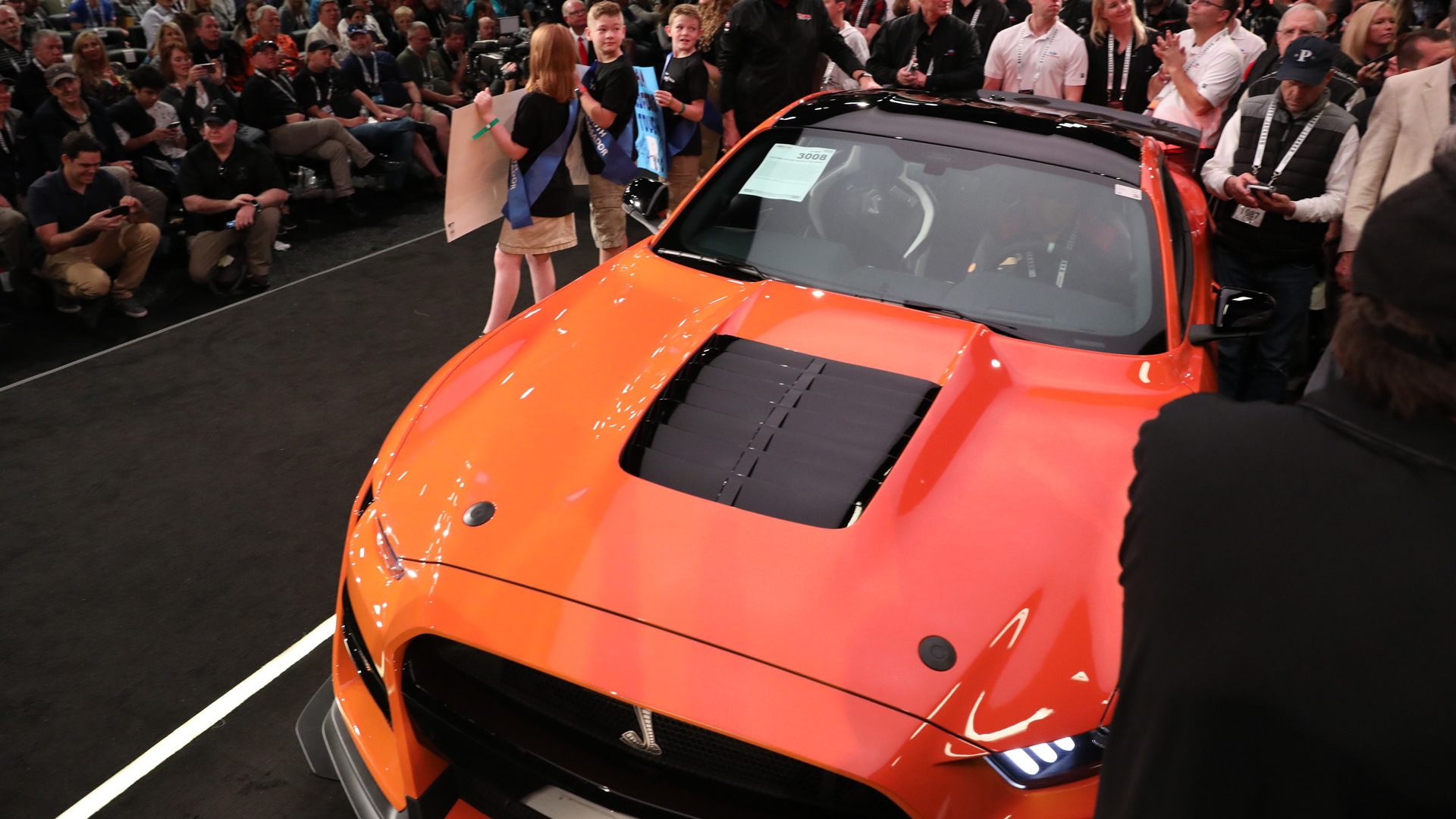 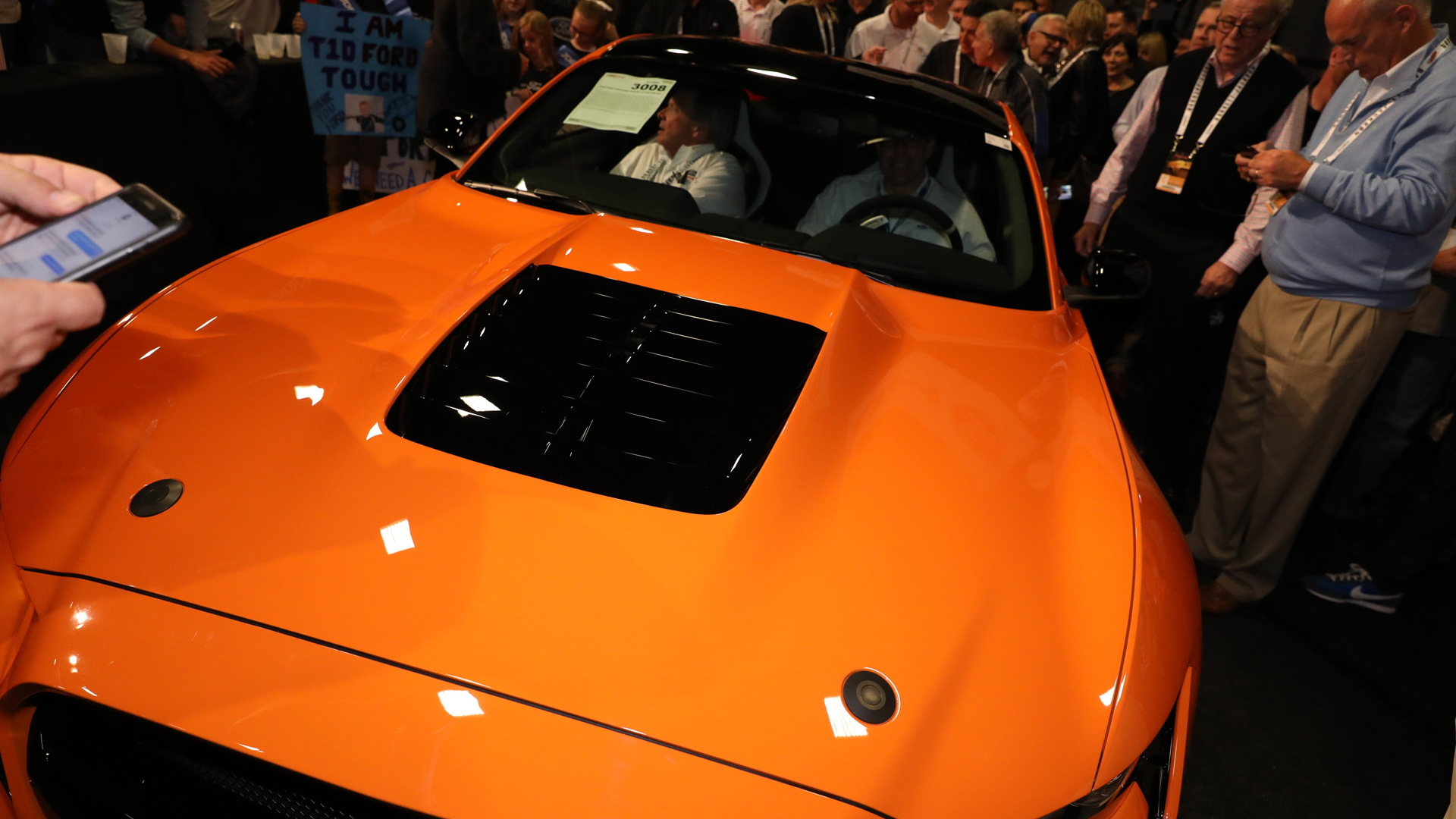 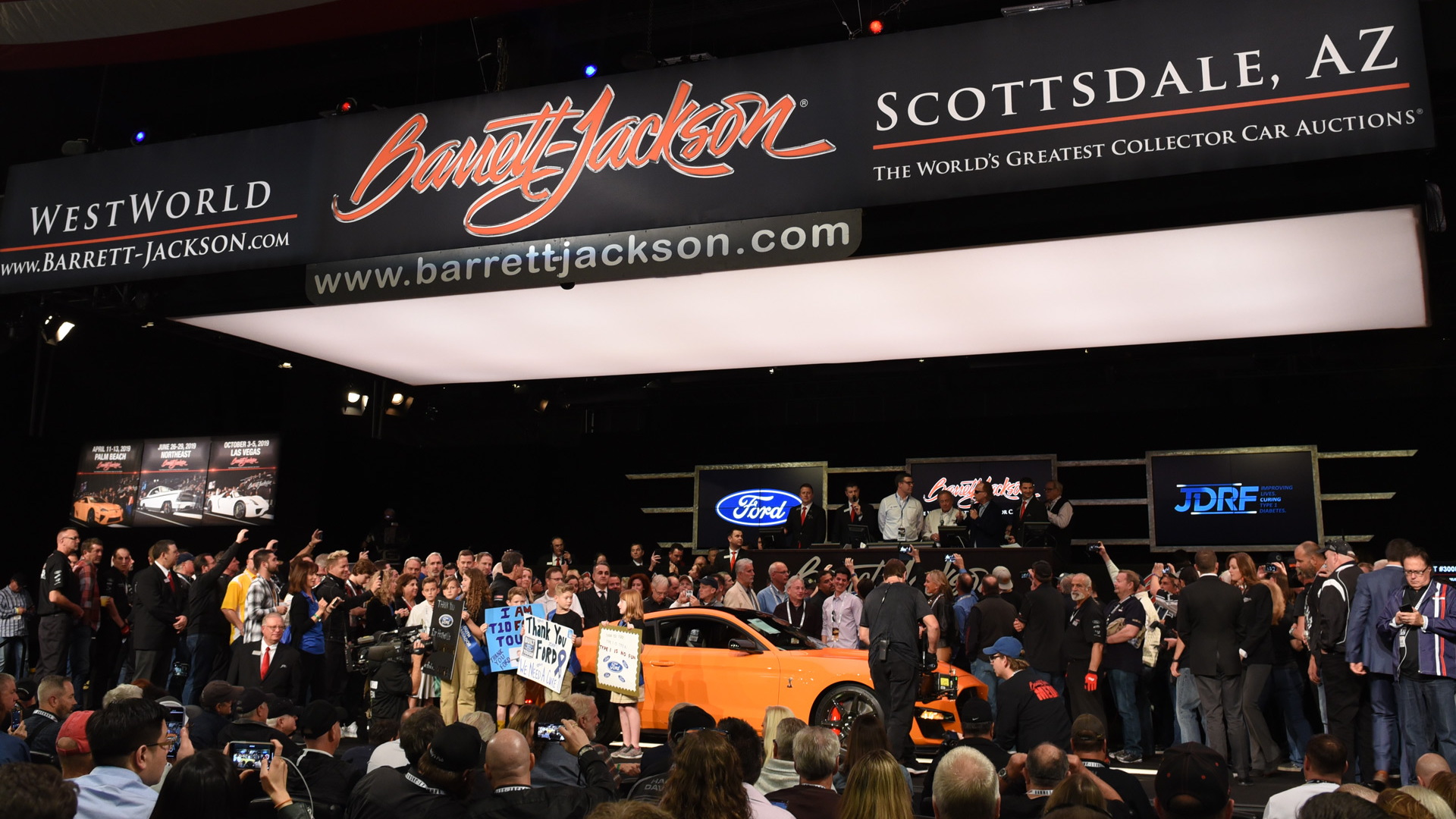 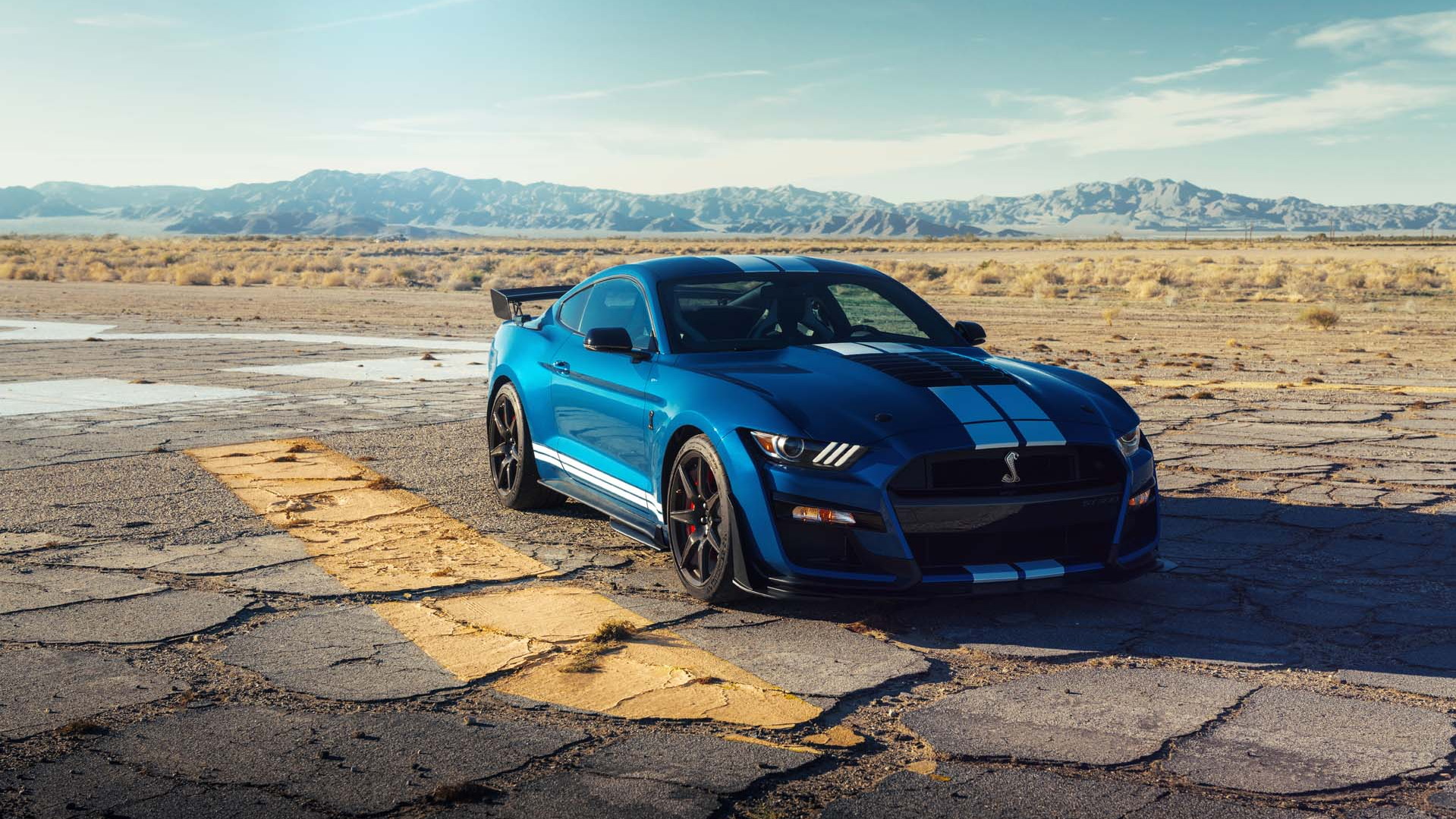 Following the 2020 Ford Mustang Shelby GT500's debut at the 2019 North American International Auto Show in Detroit, Ford has used the potent pony car to give back to charity.

The automaker sold the build slot for the first production example, the car bearing a VIN ending in 001, for charity on Friday at Barrett-Jackson's annual auction in Scottsdale, Arizona.

The final bid was a cool $1.1 million, placed by Barrett-Jackson's own chairman and CEO, Craig Jackson. Both Edsel Ford II and Aaron Shelby, grandson of the legendary Carroll Shelby, were present to help get the bids up.

All proceeds from the sale will go to JDRF, a diabetes research foundation helping to fund continued research to cure the disease. Ford has worked with JDRF for decades and has donated $70 million in the past 35 years.

The 2020 Shelby GT500's 5.2-liter supercharged V-8 with a 2.65-liter Eaton blower pushing 12 psi generates over 700 horsepower. The power is then routed to the rear wheels via a Tremec 7-speed dual-clutch transmission. The last part of the equation is Michelin's Pilot Sport4 summer tires, or Pilot Sport Cup 2 superhero tires if the box for the carbon fiber track package is ticked. Performance numbers aren't yet finalized, but Ford said the super muscle car will run the quarter mile in under 11 seconds, and blast 0-60 mph in the mid 3.0-second bracket.

The car goes on sale this fall. Final specs, including the all-important price tag, will be announced closer to the market launch.